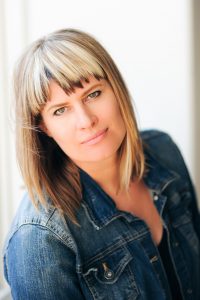 Today we’d like to introduce you to Charissa Nielsen.

Hi Charissa, we’d love for you to start by introducing yourself.
I am a session singer, vocal contractor and music therapist. In 2000, I moved to Los Angeles and coming from the Mid-West, I instantly fell in love with the weather! Living in LA and working in the music business has been an incredibly wild ride filled with triumphs, setbacks and constant reinvention.

I grew up in the 80’s outside of Chicago with one brother and two wonderful parents. We lived near my Mom’s parents and I took piano lessons from my Grandma. Her Dad, my Great Grandfather, was a sax player in Benny Goodman’s band. My Dad’s parents lived in San Diego area, so visiting them in sunny Cali was so cool and Grandpa would play hymns and sing his heart out for hours. I’ve always had a soft spot in my heart for Southern California.

My family are all entrepreneurs. My Father is a retired minister who performs wedding ceremonies and is well known in Chicago as The Rent-A-Rev. My Mom had two clothing stores called Karizma that I worked at from age 10. In 5th grade, I started playing the flute and joined choir. One memory that sticks out was the day I was told I was an alto. All the pretty girls were sopranos, ugh! Looking back, I’m glad I’m an alto, ‘cuz I can harmonize my way around anything! LOL!

In high school, I started singing at my church and was the main soloist there. It was a contemporary church, so we did songs by U2, Greenday and No Doubt. It was a popular youth group and singing was my dream.

All throughout high school, I sang in talent shows, choir concerts and musicals and this is when I fell in love with my husband, Dana Nielsen. Dana and I sang together, worked at Karizma, went to music college and got married in 2000. Today, we work in the music business and sing for and/or write/record songs for shows, films, commercials and albums. Dana is also a well-known music producer, mixer, engineer. DanaNielsen.com. We’ve been together since 1995 and these days, we tend to wear the same colored outfits and LOL at each other.

For college, I first set out to study commercial music at Belmont University in Nashville, Tn. But, after a few short months there, I changed majors to Music Therapy and transferred to Loyola University in New Orleans. After college, I worked for several years as a Music Therapist with special needs children. Currently, my main focus is session singing and vocal contracting but I keep my music therapy license current and have a couple of clients per week. After a terrible client suicide in 2005, I needed a break and took a job at The Container Store in Pasadena – I love organization! From there, I combined my love of music and organization and went on to be a personal assistant for three music celebrities. And, as you could guess, this is where things all started for my music career!

As a personal assistant, I worked for Cecilia Noel (Salsa singer) and her husband Colin Hay (Men At Work), and also for Rick Rubin (music producer). I helped out with errands, coffee, lunch pick ups and listened and learned from every possible experience. Artists such as Dixie Chicks, Red Hot Chili Peppers, or Leonard Cohen would walk through the door on a daily basis. I will never forget pouring a bourbon for Leonard Cohen or serving tea to Justin Timberlake with my hands trembling. Several years later, I actually sang duets with Leonard Cohen in his band for a short stint while they prepared for tour.

The best piece of advice I received while on this job was “if you’re having a bad day, read your resume.” The effect of seeing all the stuff you’ve done will lift you! Thanks, Lindsay Chase! I didn’t really understand this when she told me, but now I do.

After working as a personal assistant to Rick and Cecilia and Colin, I started to get asked if I knew singers that could fulfill specific project needs. And, yes, thankfully, I did know a lot of singers! Being a vocal contractor literally fell into my lap and good thing I adore paperwork since that is a big part of contracting. LOL! It is such an honor to sing with and hire talent in LA. I am constantly humbled by the singers in this town!

In 2009, I joined SAG-AFTRA after an on-camera job singing Christmas carols on Desperate Housewives. Since then, I’ve been on the SAG-AFTRA LA Singers Committee and headed up the commercials division and answer lots of commercially-focused singer questions.

As a session singer, I’ve sung on hundreds of projects ranging from albums, films, tv shows, commercials and live concerts.

I am a trained opera singer but the majority of my work is in pop. Career highlights are working with Neil Young on his album EARTH, singing and hiring singers for a Smashing Pumpkins album and then performing on Stephen Colbert’s “The Late Show,” singing in the choir for tons of films scores like La La Land, Star Trek Beyond, Star Wars Rogue One, and The Jungle Book. Our nine-year-old daughter, Cora, thinks it’s pretty cool, too! Cora is surrounded by music and since age five has sung on films, shows, commercials and albums. She is also very good at voice-over work! We’re all in it together! You can find out more on my website: SessionSingerLA.com.

Would you say it’s been a smooth road, and if not what are some of the biggest challenges you’ve faced along the way?
When challenges arise, I try to imply Beyonce’s rule of thumb: When life gives you lemons, make lemonade!! The struggle is real and the career path you have in mind is probably not how it’ll happen! As most people know, the music business drastically changed when the internet began. But, we believe you just gotta change with the times and continue to reinvent yourself. We call it “talent stacking”, like when you are not JUST a singer, you also teach, do music therapy, learn how to record yourself, create a marketing strategies, etc. It’s all about reinventing yourself!

Over the pandemic, Dana and I enrolled in some online classes about the music business and songwriting. One of the best was Ryan Tedder’s “How To Write Hit Songs” on Monthly.com. Ari Herstand’s course from “Ari’s Take Academy” called “Streaming and Instagram Growth” (https://aristakeacademy.teachable.com/p/streaming-instagram-growth) catapulted Dana and I into launching our record label, Neon Tusk. (NeonTusk.com) We have several artists on our label already and we recently got to attend our first record release party with renowned soprano Harriet Fraser. https://vibe.to/Harriet

In October 2021, I did a challenge led by Adam Ivy called the “2WeekYourFanBase challenge.” Here I learned how to increase my fan base focusing on TikTok and Instagram posts and learned a ton about hash-tagging, marketing tactics and reaching fans organically. It was pretty tough but really inspiring and good for me!

As you know, we’re big fans of you and your work. For our readers who might not be as familiar what can you tell them about what you do?
Thanks! I am first and foremost a freelance studio session singer and also a vocal contractor. But as I mentioned, I wear a lot of additional hats, and am constantly adjusting my focus as times change. Due to Covid-19 in-person sessions disappeared, so, we truly had to reinvent ourselves. So, after 20+ years of working on other peoples’ music, my husband Dana and I dove in and invented alter egos for the purposes of releasing some of our own music. I go by Roxi Jet (www.roxijet.com) and he goes by Beni Sway (www.benisway.com)

My debut Roxi Jet single “Bad For Me” was recently released and is streaming everywhere. I also filmed and produced a music video and learned editing in Premiere Pro. “Bad For Me,” is a hooky, mid-tempo pop anthem with a heavy nod to 80s and 90s nostalgia. The song came out of my experiences working as a Music Therapist at drug and alcohol treatment facilities, where I witnessed many people battle their addictions.

We also just released our latest single called “Millions” which Dana wrote and produced for Roxi Jet and Beni Sway. “Millions,” the song and video are streaming everywhere! It has been really awesome to write, produce and record our own music and to learn how to launch music and artists. We are pumped! 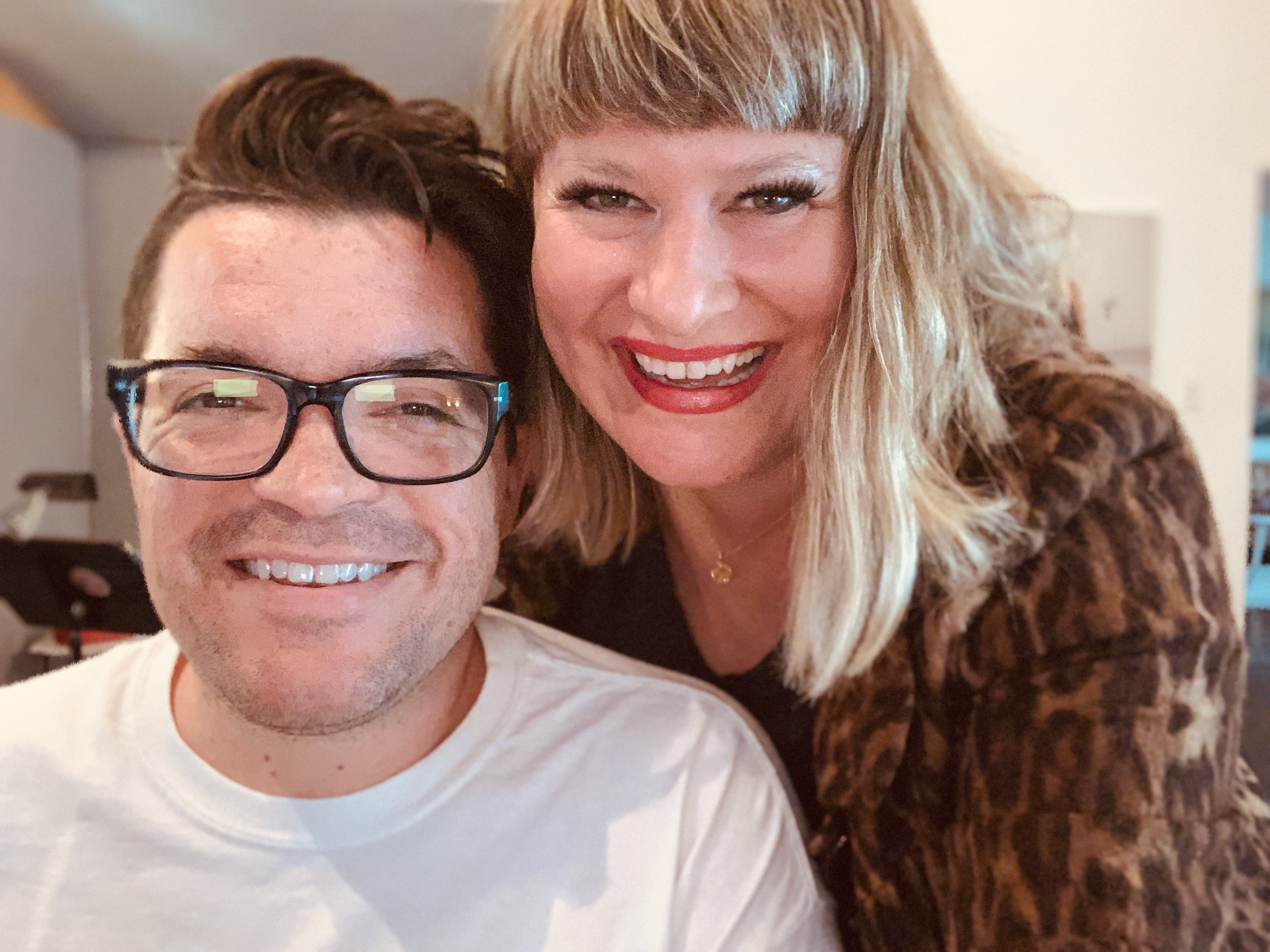 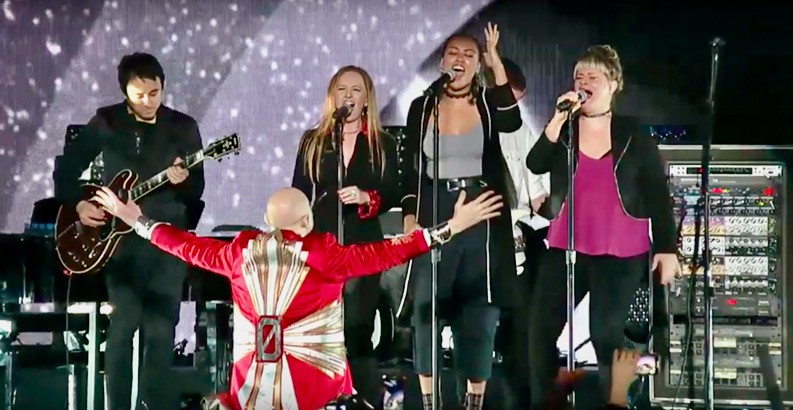 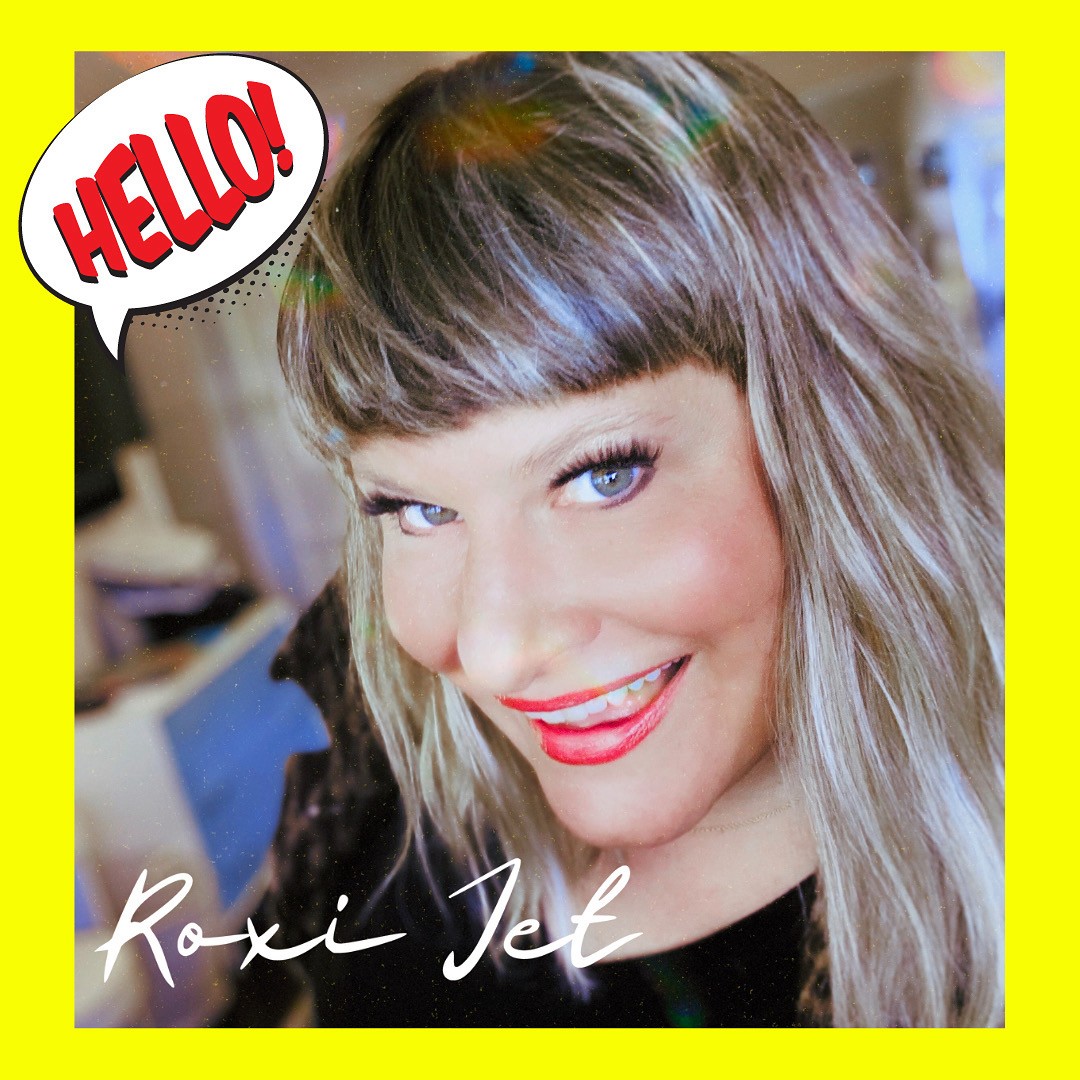 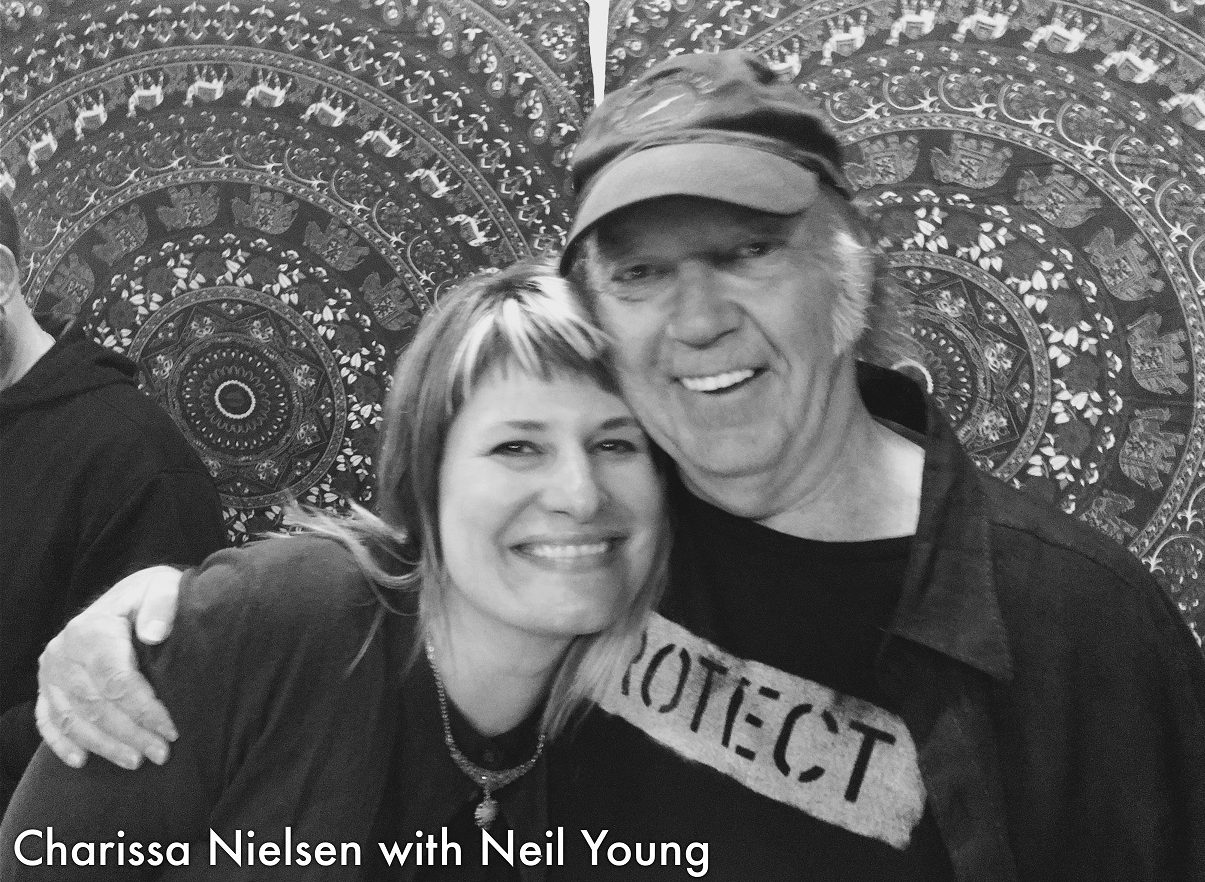 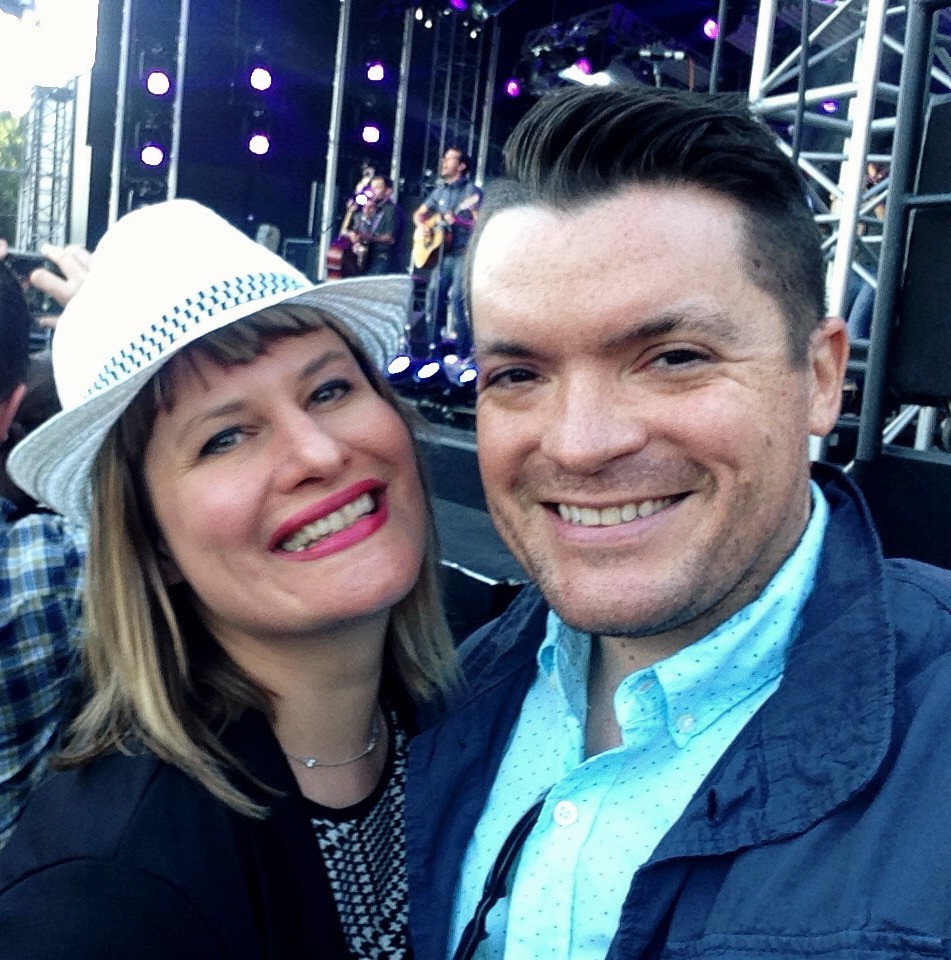 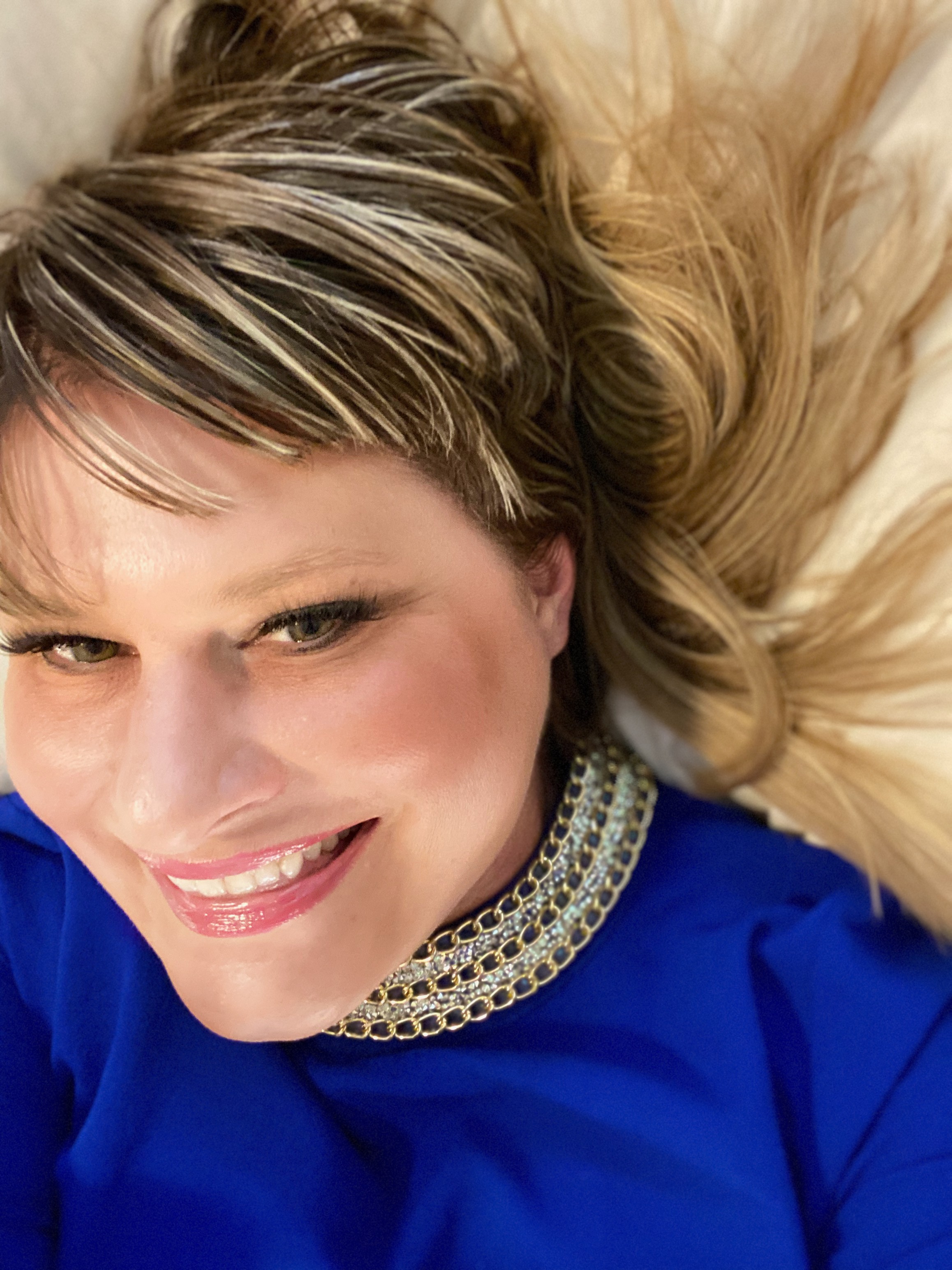 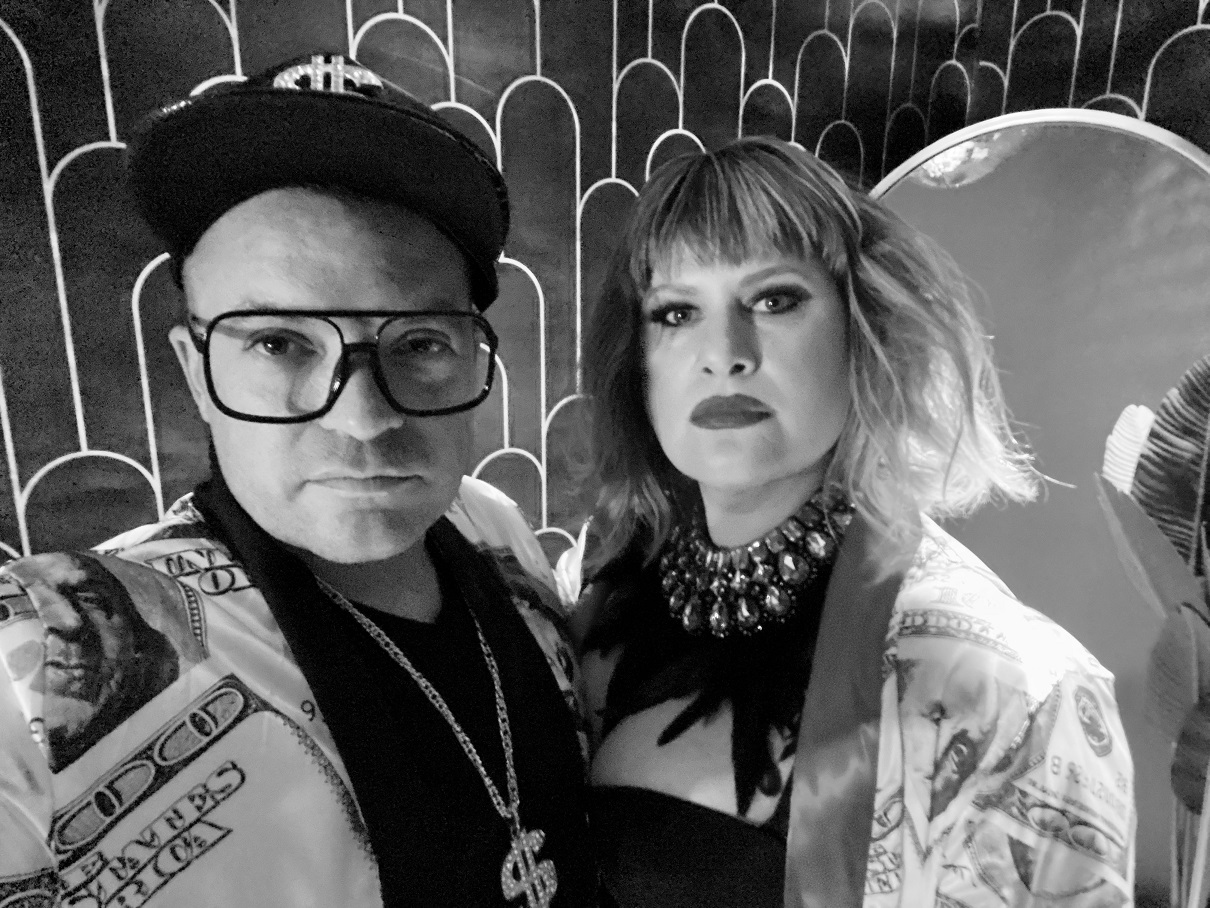 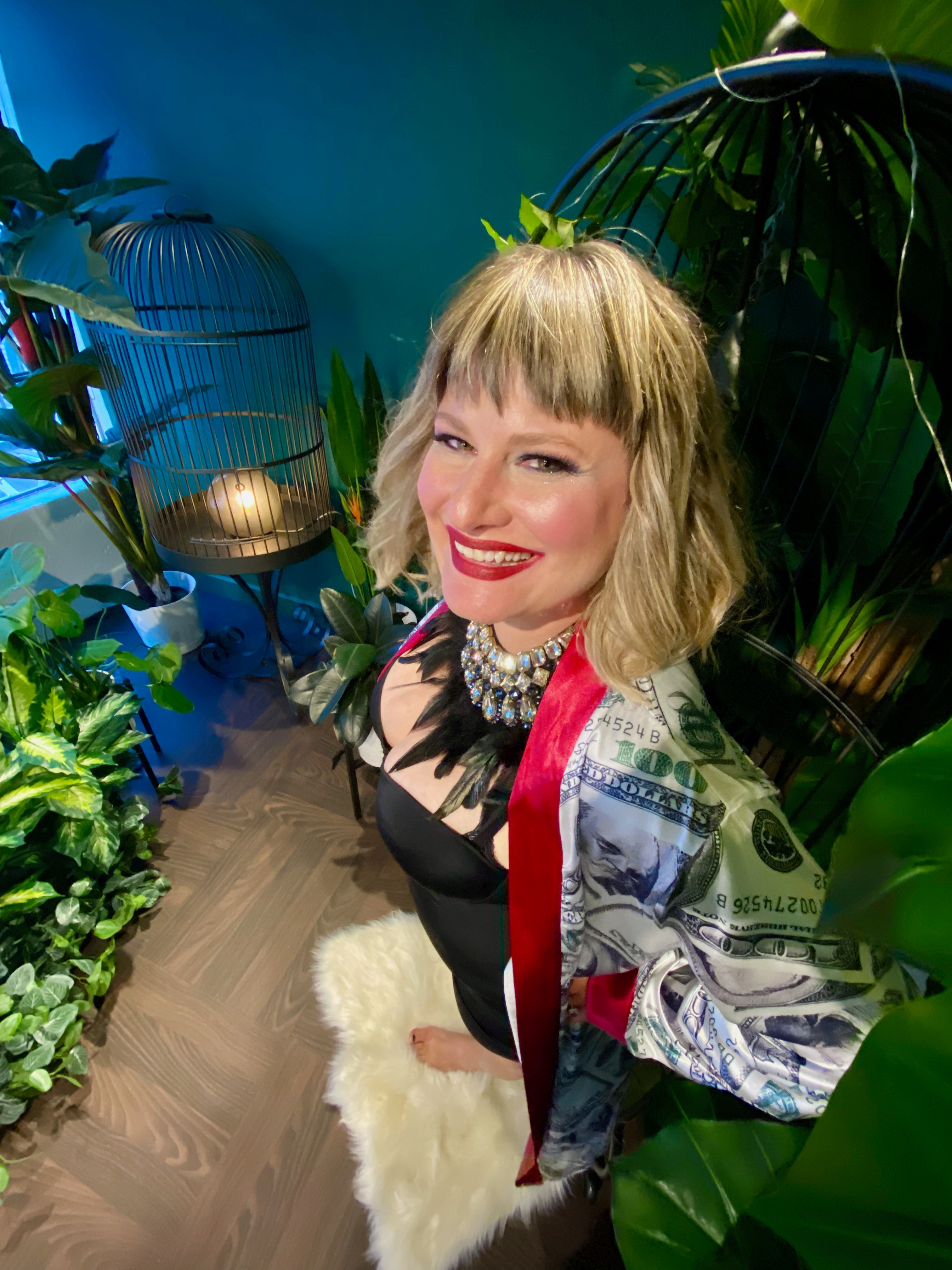