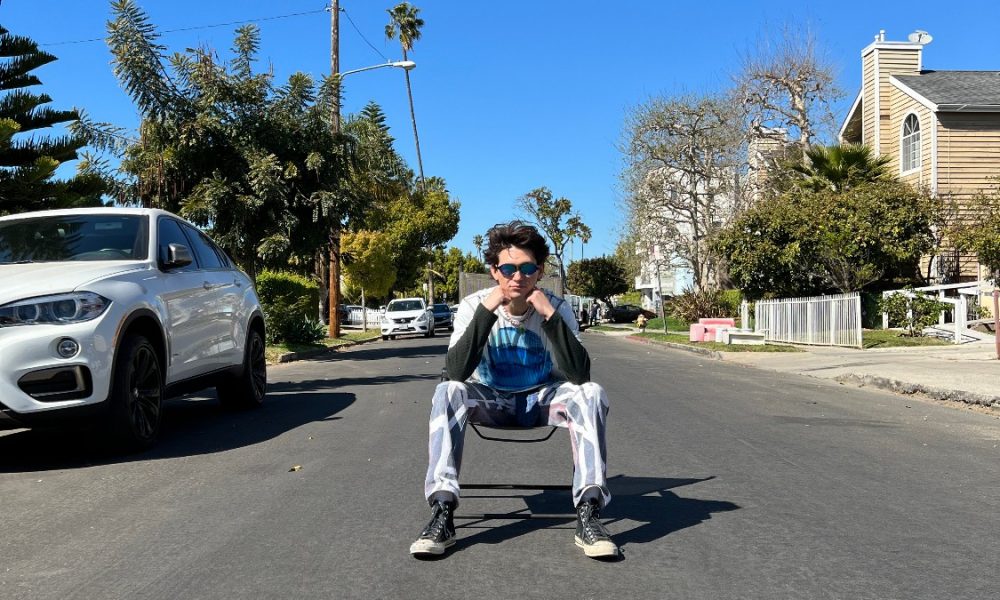 Today we’d like to introduce you to Cameron Greene.

Hi Cameron, can you start by introducing yourself? We’d love to learn more about how you got to where you are today?
I have been a creative person since I was young. As a young child, I loved dressing myself in costumes pretending to be different characters. I was a construction worker, cowboy, pirate, clown, race car driver, etc. As I started grade school, I no longer was dressing up but was still very adamant about the clothes I wore. School was tough as I had a hard time learning to read. As years went on, the struggles that came from having a hard time reading resulted in constant anxiety revolving around school. Once high school came, I was already smoking a drinking. And by end of freshman year, I was popping ecstasy, doing coke whenever I could. At this time, I saw my morning art class as an opportunity to smoke weed before school and go to first period stoned. My art teacher saw my talent and pushed me to take a summer program at Otis College of Art and Design. At this time, art was just a pastime that I enjoyed doing while high. I ended up getting a full scholarship to Otis College of Art and Design summer program and with that, I had no reason not to try a free art program. The summer program gave me a glimpse as to what art is or what it could be for me.

Three high schools later, I could start to see the light at the end of the tunnel. I had one last year left but I was mentally, emotionally, and physically drowing. I had been smoking PCP everyday for about six months and was starting to literally lose my mind. At seventeen, I was sent away to a beautiful agricultural therapy program in the middle of the juggle on the big island of Hawaii. I spent the next three months healing and rehabilitating myself. We did therapy sitting on the dirt in small circles, surrounded by banana trees and the sounds of birds chirping and bugs buzzing. The experience taught me so much about who I really was and what I was capable of. From Hawaii, I spent the next six months at a sober living in Boulder, Colorado. I completed my stay and proceeded to live in boulder on my own. I was now an eighteen years old high school graduate and fresh out of sober living with his own condo. I started using it within hours of saying goodbye to the sober living. My parents were disappointed but because I agreed to go to college, they felt a bit more relaxed. Little did they know I strategically set my sights on a school known for their experimental, free-thinking philosophy and exceptense for all forms of drug use. I was either going to CalArts or no college. I applied and ended up getting in with a scholarship. I was very excited I got into Calarts because I grew up thinking there was no way I could get into college. At This time in my life, I loved two things most art and my drugs. I saw this as a four years opportunity to stay high and do art while having my parents off my back while my parents saw it as a great accomplishment getting into one of the best art schools in the world. The next four years at Calarts were filled with all different arts, partying, laughing, crying, collaboration, exploration, addiction and deterioration. I learned so much but at the same time lost everything. By the end of my four years, I was left with a major drug and alcohol addiction and a storage full of artwork that nobody had ever seen.

In November, a year after college my life came completely crashing down on a visit to my parent’s house for dinner. I went into full drug-induced psychosis and destroyed their entire house, smashing windows, bleeding everywhere, yelling and fighting. I was brought to the hospital then the psych ward where I stayed for a week. Then to rehab and after a sober living house where I stayed until I had one year sober. I now live on my own in a house with two awesome roommates. I Have recently been getting back into painting which feels amazing. It took about a year of being sober to feel okay doing art without being intoxicated. It Has definitely affected my process and the overall type of work I do. The clothing I used to spray paint for fun has recently started to take off so I have been putting a lot of time into making them and promoting which really just means learning to be active on Instagram. Between painting pants going to work, I barely have time for my long lost interest, acting. Being sober today has allowed me to tap back into the child that dresses up and puts on shows. I always wanted to take acting seriously but I always knew it could not be done while getting viciously intoxicated. I pushed the dream so far away I forgot it ever existed but as the sober days grew to be months, I found myself going on backstage.com and setting up auditions for short films. I have recently completed a role in one short and have another role set to film in a month. It feels great to be where I am today. Some days things get tough but as my time being sober grows, the toughness seems to linger less. I’m am so thankful to my family for never giving up on me. I wouldn’t be here without their love and support. Today is the beginning of my story. Tomorrow is a myth until it is today.

I’m sure you wouldn’t say it’s been obstacle free, but so far would you say the journey have been a fairly smooth road?
I know it has been tough at many points on this road but I am thankful for these struggles. If there were no bumps on the road, it would not be a road but rather a slip n slide. One can only spend so much time feeling alive while sliding and slipping their life away. I get excited for struggles because they keep me feeling the ground for bumps.

Where do you see things going in the next 5-10 years?
I have a website coming soon with my artwork and clothes for sale. 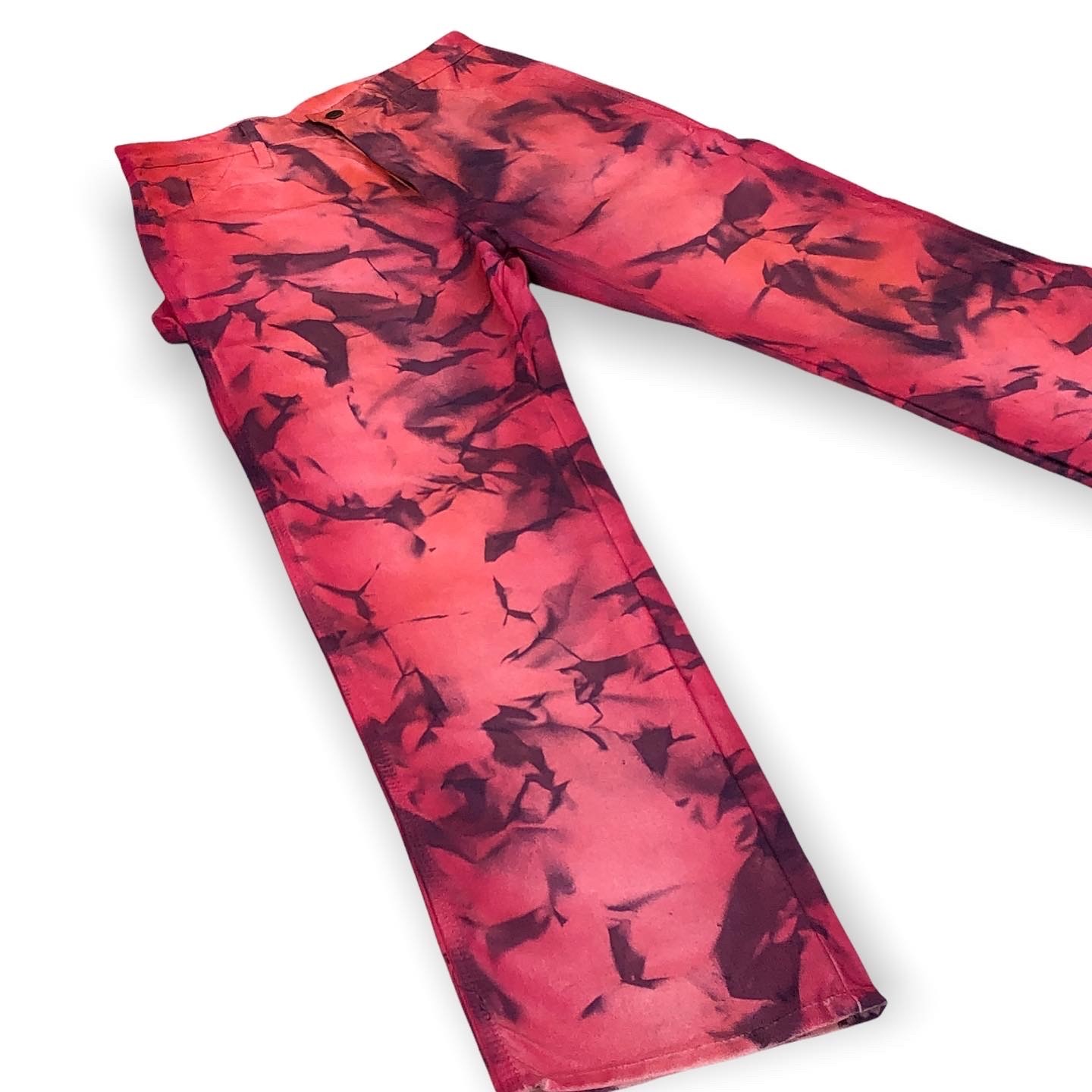 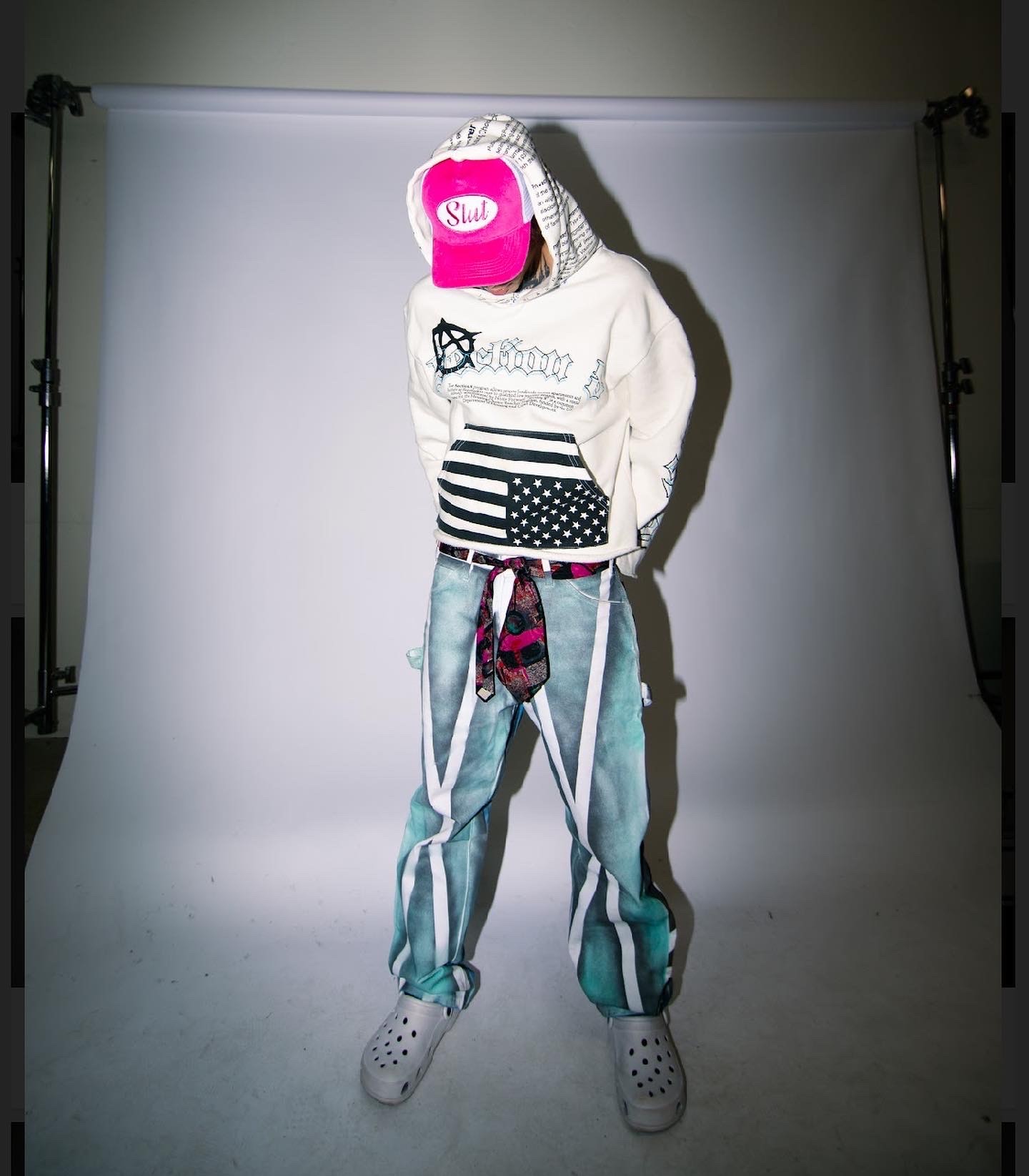 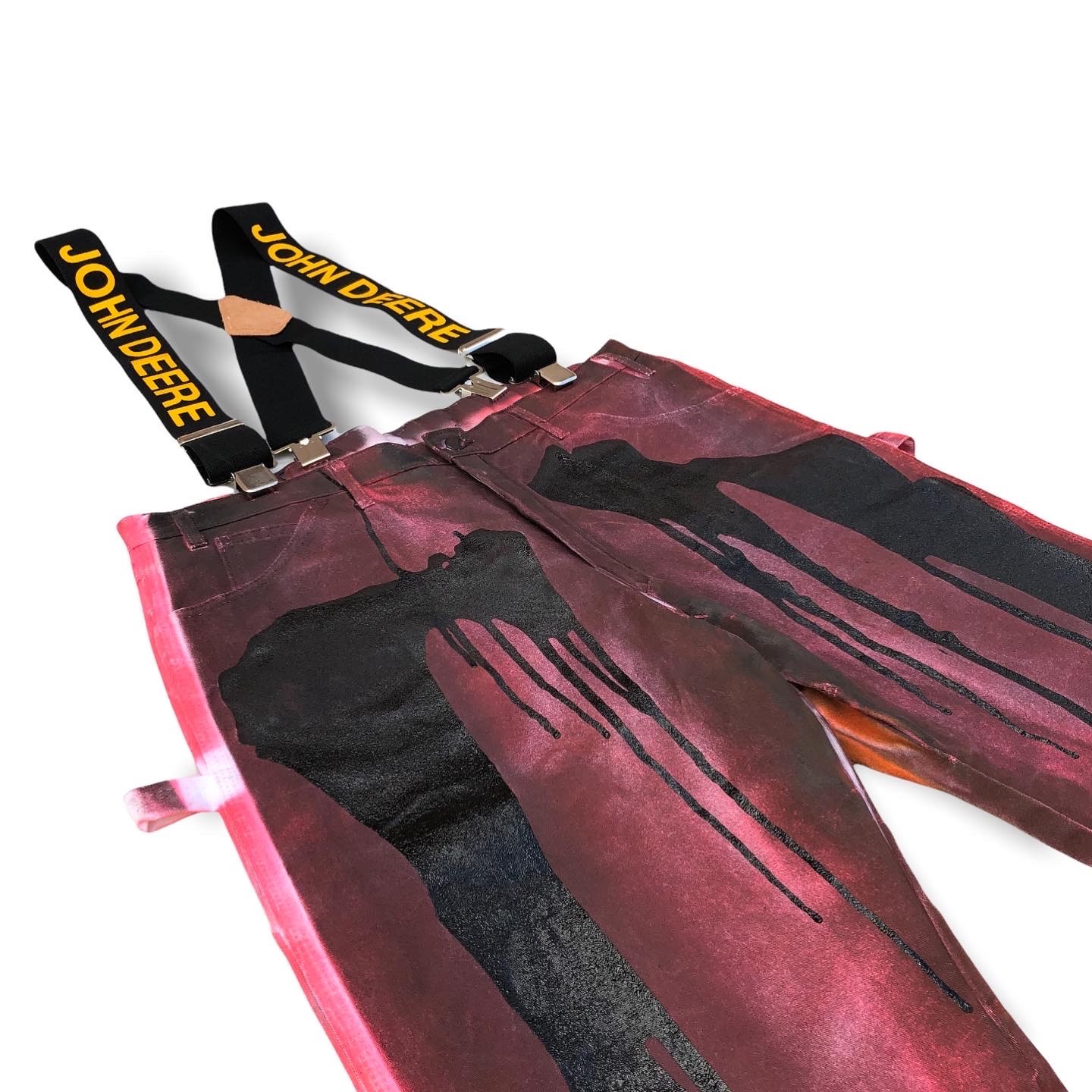 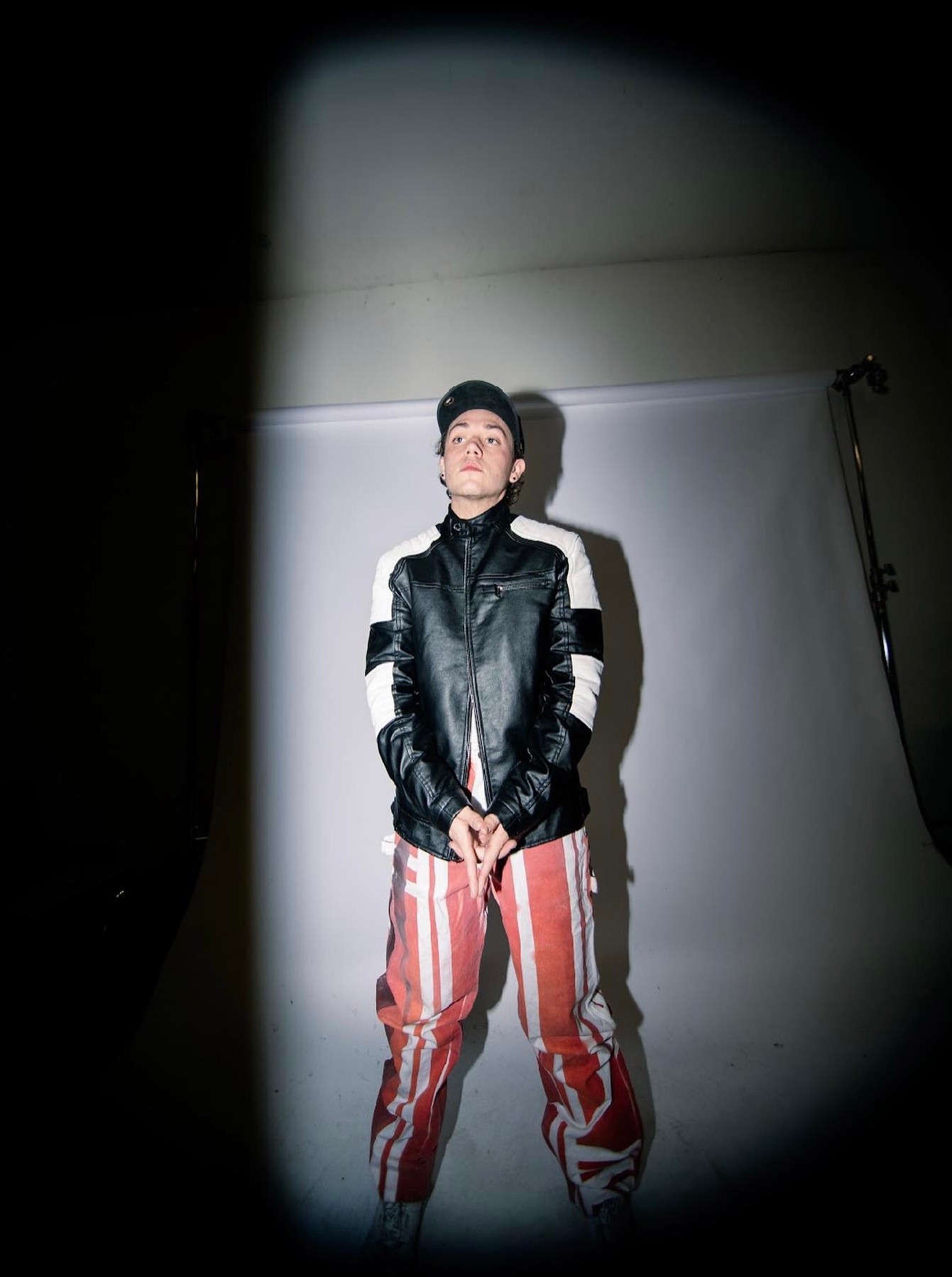 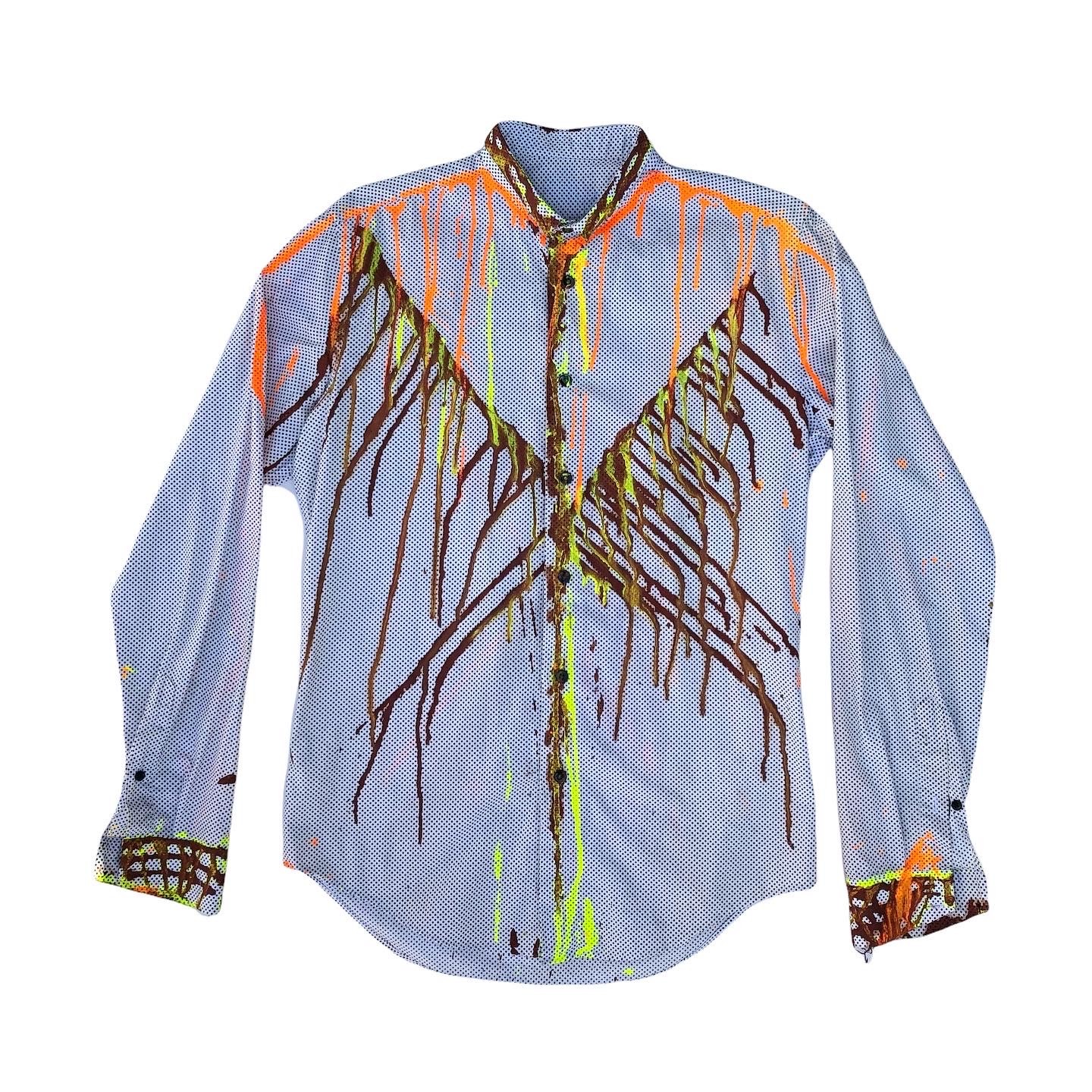 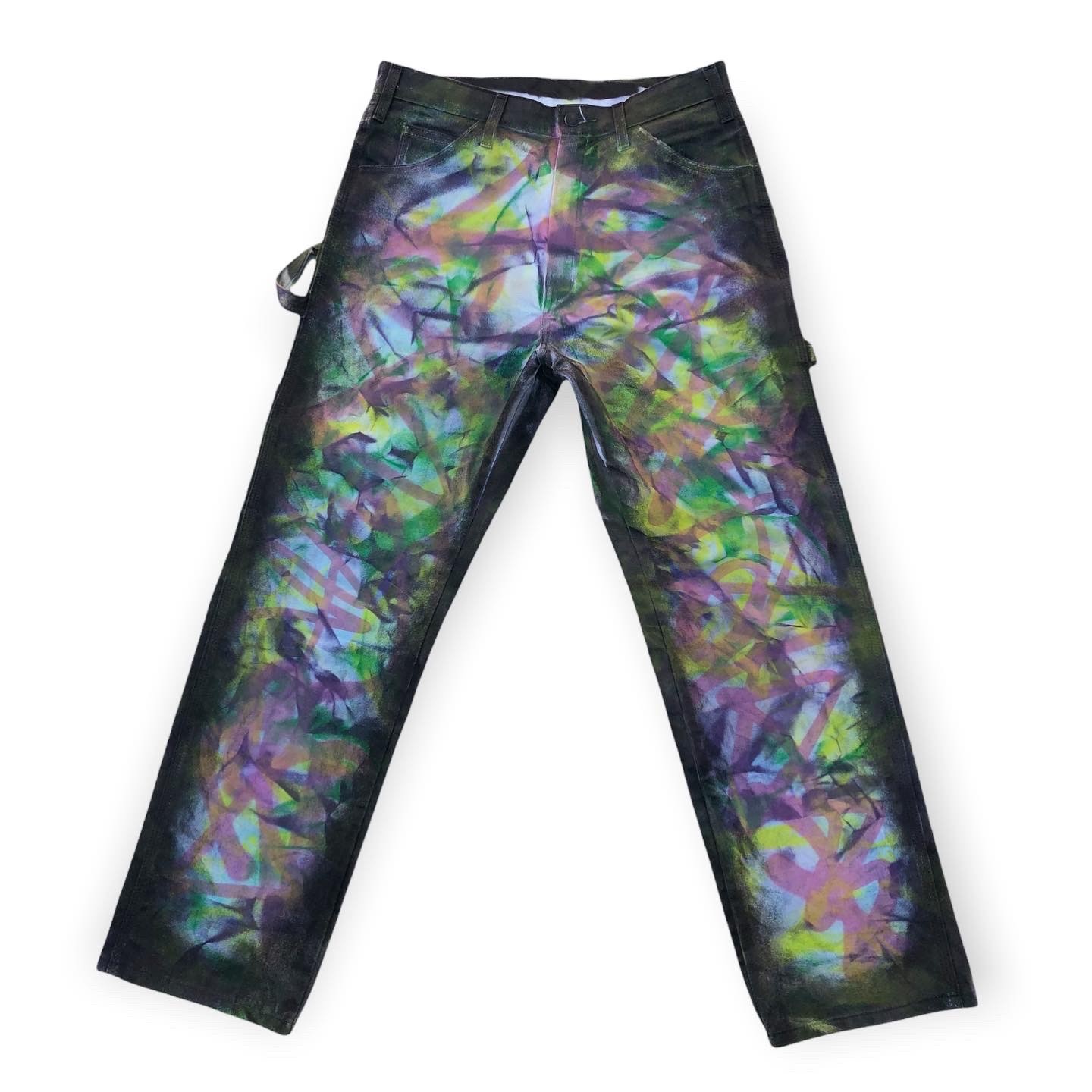 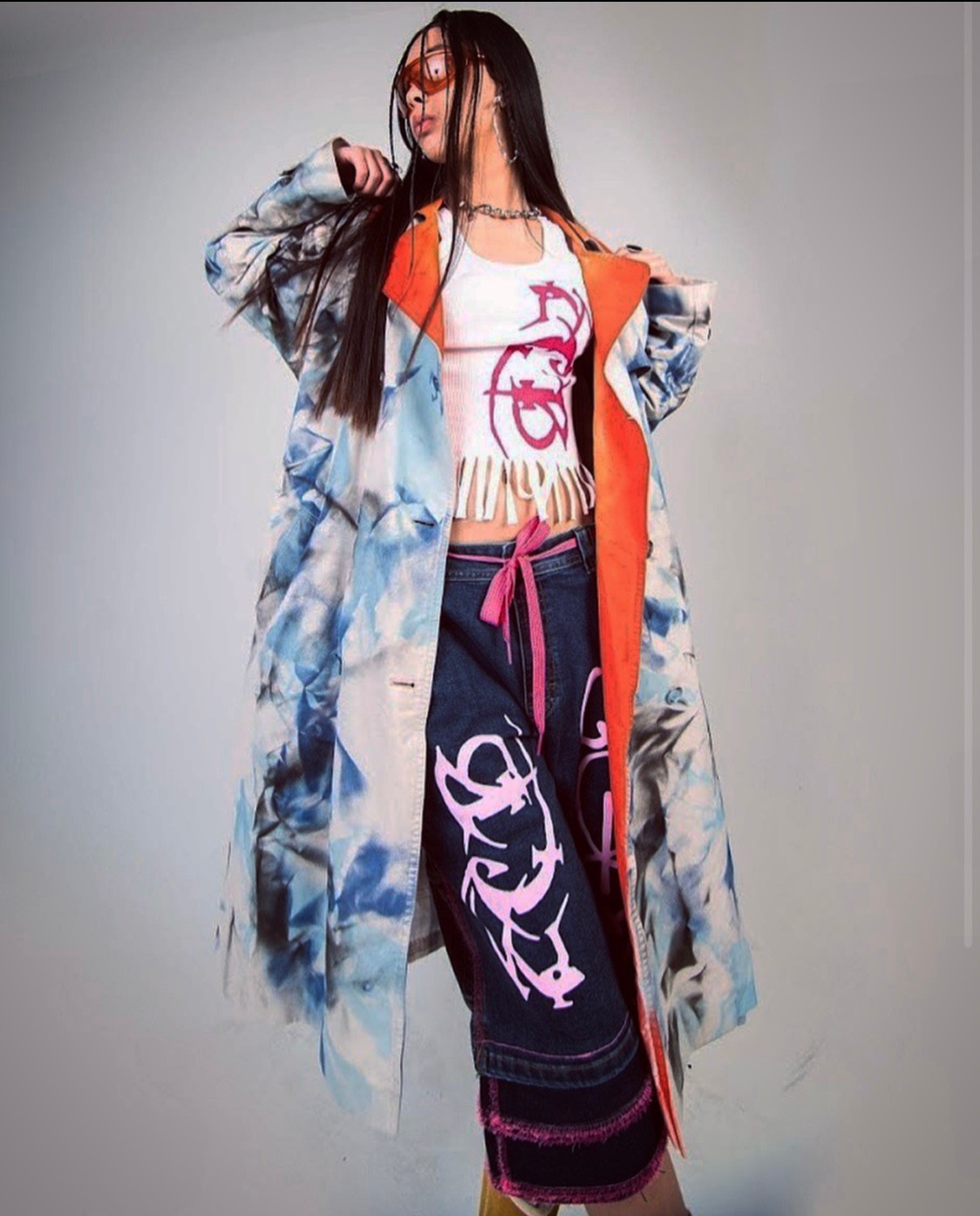 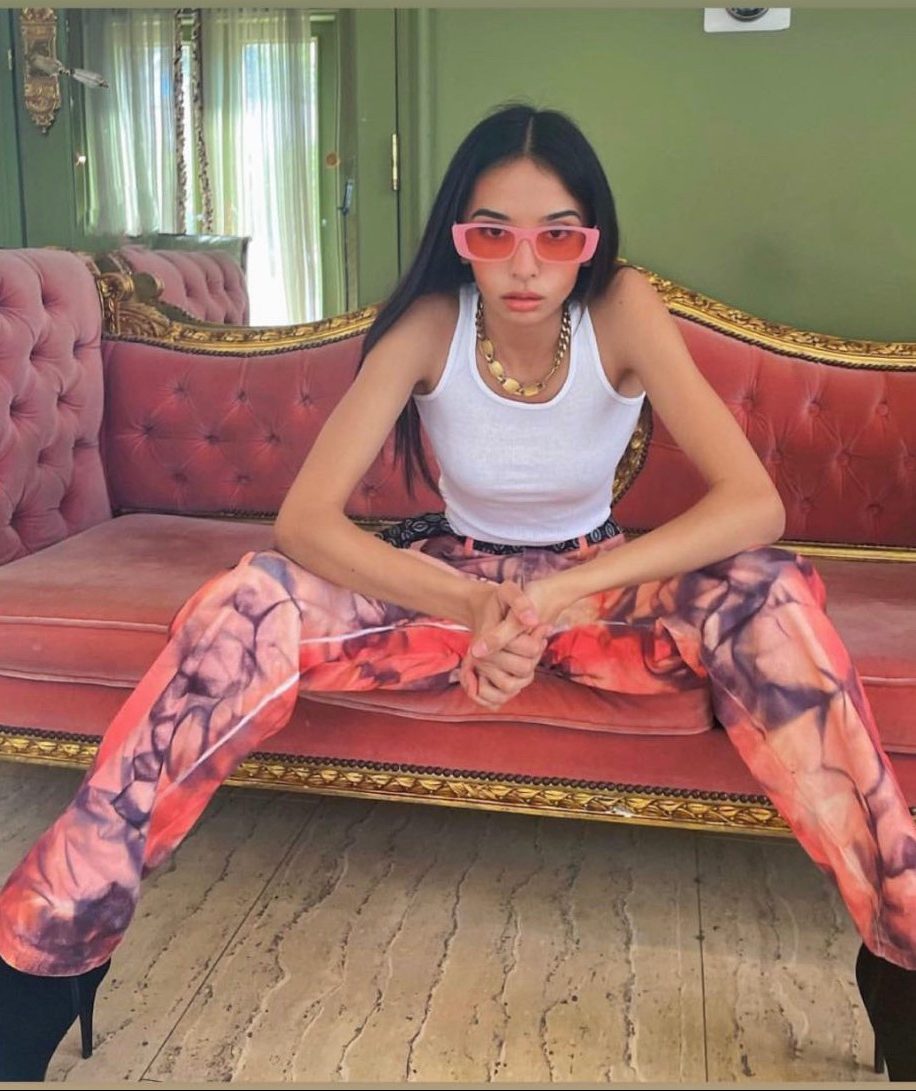 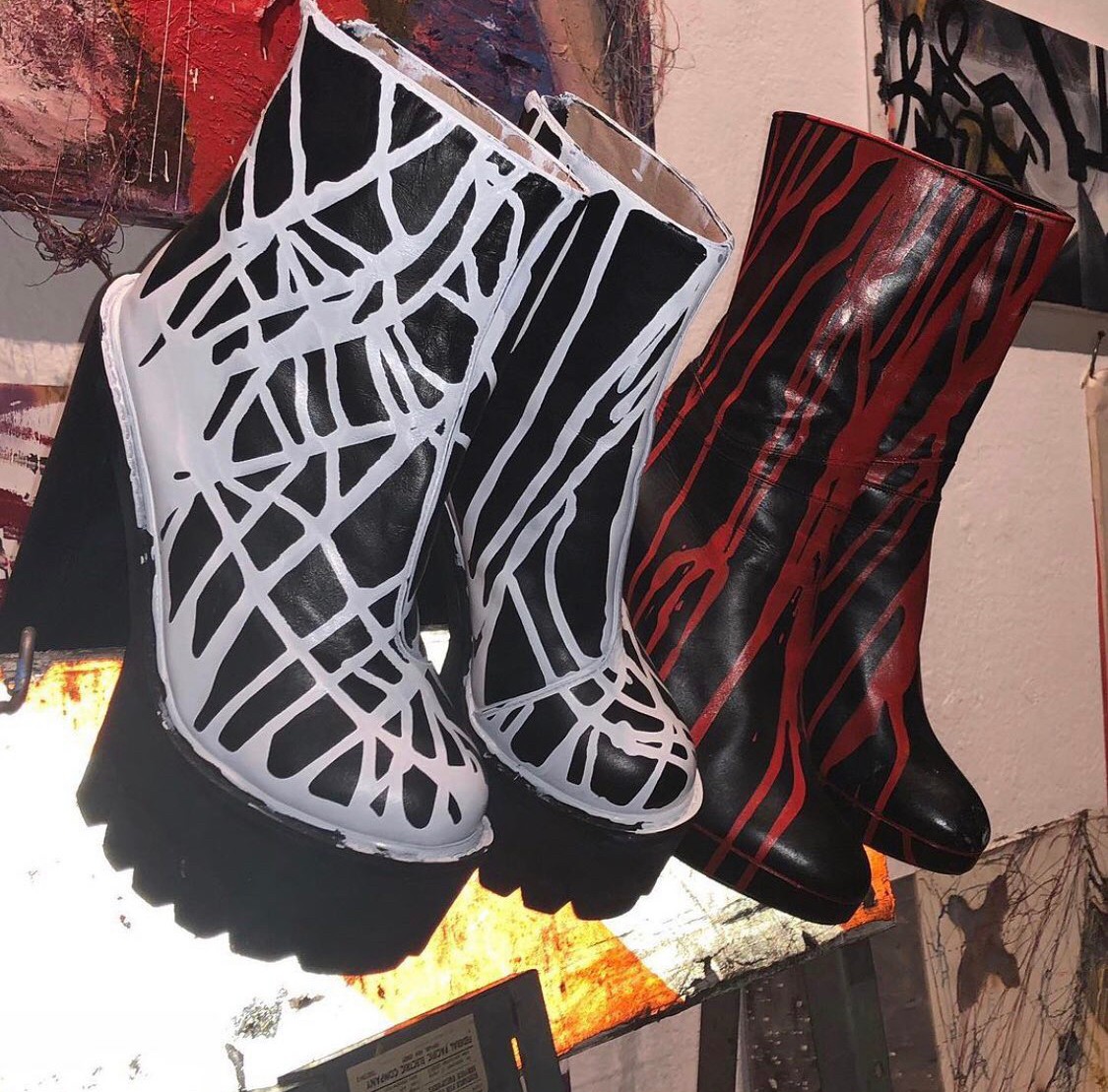 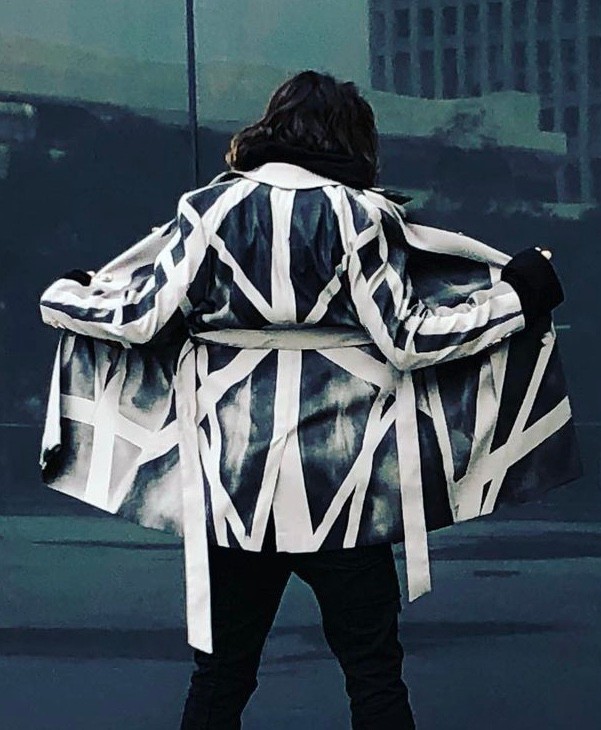