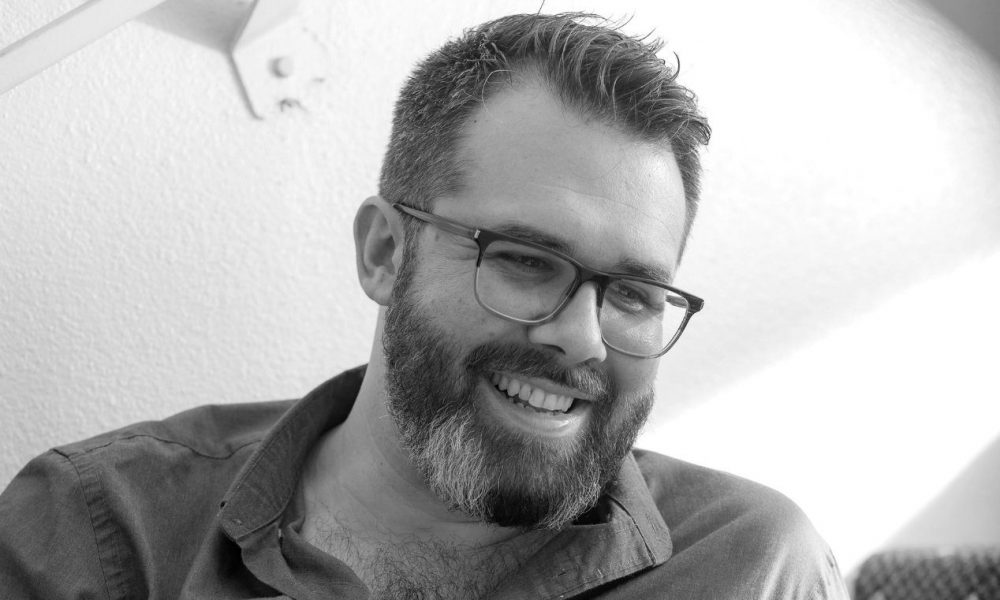 Today we’d like to introduce you to Billy Hanson.

Hi Billy, so excited to have you with us today. What can you tell us about your story?
I’ve known that I wanted to be a storyteller since I was five years old. I wrote my first “books” in elementary school back in Madawaska, Maine, which is right on the border of Canada. As our weekly assignment in first grade, we wrote short stories, complete with an illustrated cover, and I vividly remember how much I loved that whole process.

I was always thrilled to watch my teacher laminate and bind the pages together so I could bring it home to share with my parents. My first editions, so to speak. I get the same fulfillment today whenever I finish a new project and bring it home for my parents to watch or read. I still have those Kindergarten books in my closet, too.

I graduated from Old Orchard Beach High School in 2002, received a BFA from the Film School at Florida State University in 2005. During that time I was a drummer for two Tallahassee rock bands, The Pax Romana and Mujabica, which both did limited tours around Florida and the Southeast, and both recorded albums that can be found online (if you really search for them).

After graduating from FSU, I moved to Los Angeles with my then girlfriend, now wife, to pursue a career in screenwriting, directing, acting, music, publishing… whatever I could, really. I was ready to dive head-first into any part of the business that would have me, just to get a foot in the door. So, I took a post-production job on the Nickelodeon flagship show, iCarly, and continued working on my own projects as much as I could.

While my post-production career took off in 2009, I also wrote and directed a short comedy called Apology Day, which had a small festival run. But it was the adaptation of Stephen King’s Survivor Type in 2012 that brought me around the world. That film screened at more than sixty festivals worldwide and earned fifteen awards, including several for Best Short Film and Best Actor, Gideon Emery. I’m proud to say that film continues to freak out audiences all over the world. Just this past August, it screened in Leningrad to an audience full of Stephen King fans. If you’re not familiar with that story, you should absolutely look it up. Even the description will give you chills.

Between 2012 and 2019, I began to branch out, doing multiple projects that included a drama pilot called No Place to Fall, a comedy web series called Lightning Dogs that was released on Funny or Die, several issues of Grimm Tales of Terror and Red Agent for Zenescope comics, four music videos for London-based singer-songwriter Coach Hop, and two award-winning shorts that I produced with writer-director Tara Price, called Earworm and Tea Time.

2018 saw the release of my first book, “Spider Season”, a collection of short horror stories that won the Gold Medal for Anthology Fiction at the 2019 Readers’ Favorite Book Awards and continues to receive five-star reviews from readers and critics alike.

All of these projects culminated in 2019 with the start of my first feature film as writer-director, a psychological thriller called Bone Cold. I was able to put together a small but experienced crew and bring them to the snowy woods of Maine to shoot the intense film, which follows an elite sniper team during their doomed mission while something inhuman lurks within the trees, coming close and closer. After some pandemic-sized delays, the film is expected to be released in 2022.

Lately, I’ve been doing work with Rizzle, a new app that provides content to millions of streamers in one-minute episodes. I did a series for them last year called Intruders that told the story of a home invasion, one tension-filled minute at a time. And all through October 2021, we’re releasing the series “Everyone Else is Asleep”, an animated adaptation of the story from “Spider Season”. Halfway through those releases, we’ve just crossed one million views, so I’m excited to see how far that project reaches.

And most recently, I’ve started the editing process on a new book, another collection of short stories called “Long Term Damage”, set to be published in 2022.

Since I moved to Los Angeles in the mid-2000s, I’ve been haunted by my first two pieces of advice; “Keep a few irons in the fire,” and also, “Strike while the iron’s hot.” Because of those words of wisdom, I’ve always got several projects going on and I’m pretty busy most of the time, especially considering that my wife is a TV writer and we’ve got two very young kids running around, keeping us busy when we’re not busy.

People often tell me that I work too much, and honestly, I don’t disagree. But storytelling is what I love to do. Writing relaxes me. And the way I see it, nobody moves to Los Angeles to not do work. So if I’m inspired to make a film or write a story, I’ll find a way to get it done. I recently left my post-production job to make more time for family and for my own projects, so in the very near future, I’ll be able to put together bigger and better films, books, comics, music, whatever I’m feeling.

Alright, so let’s dig a little deeper into the story – has it been an easy path overall and if not, what were the challenges you’ve had to overcome?
I think anyone will tell you there is no easy path in Hollywood. The roads here are terrible.

But to answer your actual question… Every new project is a struggle, with its own heap of challenges and unique problems. I’ve shot in the freezing cold of a Maine winter and in a 115 degree parking lot on a Los Angeles afternoon, I’ve lost cast and crew the day of filming, and nearly every project has some sort of delay before production begins.

One major bump in the road – and I know I’m not alone on this one – is finding representation. I’d always thought that a long list of solid work and experience would be enough to get reps on board, to build a team that could help bring me and my work up to the next level, but the industry has changed drastically over the last few years, and with so many outlets and companies looking for different content, the traditional path of a writer/director seems to be lost. It can be tough to know where to turn and frustrating after decades of hearing “No thanks” in different ways.

I once had a meeting with an agent that was absolutely perfect. It was set up through mutual friends, we hit it off right away, he was looking for work like mine, he loved the samples I’d sent him, I pitched him some of the new stuff I was working on and we discussed them at length, we went way over our scheduled time, he asked for a copy of my book, and we made arrangements to speak later that day. I walked out of that meeting saying to myself, “If this guy doesn’t sign me, then I’m going to stop pursuing reps because that literally could not have gone any better.”

As it turned out, the next time we met, he told me that he wasn’t going to sign me but left the door open down the line when I start bringing in some money. It was a difficult, frustrating setback, but I did my best to keep that from slowing me down. Truth be told, if I’d waited around for managers, agents, or producers to help me out, I wouldn’t have done half the things I’ve done.

I think it’s the stubbornness that I inherited from my father that keeps me moving forward to get my projects off the ground, finished, and released. There’s a point with every new endeavor when I clearly decide that it’s going to happen, and from that point on, nothing will deter me from getting it done, even when the bottom falls out of the whole thing.

Appreciate you sharing that. What else should we know about what you do?
I’ve done lots of different work over nearly fifteen years living in LA, but I’ve had the most success with my horror projects. Between Spider Season, Survivor Type, Bone Cold, and Grimm Tales of Terror, horror has been my main focus for the last few years. And among those scary stories, a few things have definitely stood out for me.

I was thrilled with the end result of my Survivor Type adaptation, which saw a years-long festival run and several awards, not to mention the overwhelmingly positive reactions after screenings. Audiences were pretty rattled by the harrowing story of a surgeon who gets shipwrecked on a tiny island with only a few survival tools and the heroin he was smuggling. With practical make-up effects and a stellar performance from Gideon Emery, it’s an intense and darkly funny experience. Stephen King himself claims that Survivor Type goes a little too far for his taste.

I’m also immensely proud of the stories in my book, Spider Season. I was a little unsure about diving back into long-form writing after writing screenplays for so long, but I realized that I had a handful of stories that didn’t work as films and I wasn’t ready to let them fade into oblivion, so with the help of an editor, Roz Weisberg, who specialized in both screenwriting and long-form, I decided to give it a shot. The resulting collection is a great representation of me as a storyteller and it opened up a whole new outlet for me.

The largest project I’ve done, by far, is my feature film, Bone Cold. We were out of money before we started, and somehow a tiny crew was able to work through a difficult production to pull together a film that not only works but is engaging and affecting. I think the experience of making Bone Cold will go down as one of the best projects I ever worked on, even if money comes rolling in on later films. It’s hard to describe the overwhelming pride in working hard and achieving something special with a small group of talented friends.

Alright, so to wrap up, is there anything else you’d like to share with us?
I really like the idea that when people discover my work for the first time, they’ll find me in lots of other places, as well. Like my book? Check out my films! Enjoy my Rizzle channel? Check out the music videos I directed! Jamming to my music? Well, I also write a mean comic book! So if you do stumble across anything I’ve done in the past, feel free to start a wider search and uncover more scary stuff.

Bone Cold is currently in post-production and is set to be released in 2022.

My issues of Zenescope comics are available anywhere you buy comic books.

Everyone Else is Asleep is releasing new episodes every day on Rizzle, with the final episode on Halloween 2021. 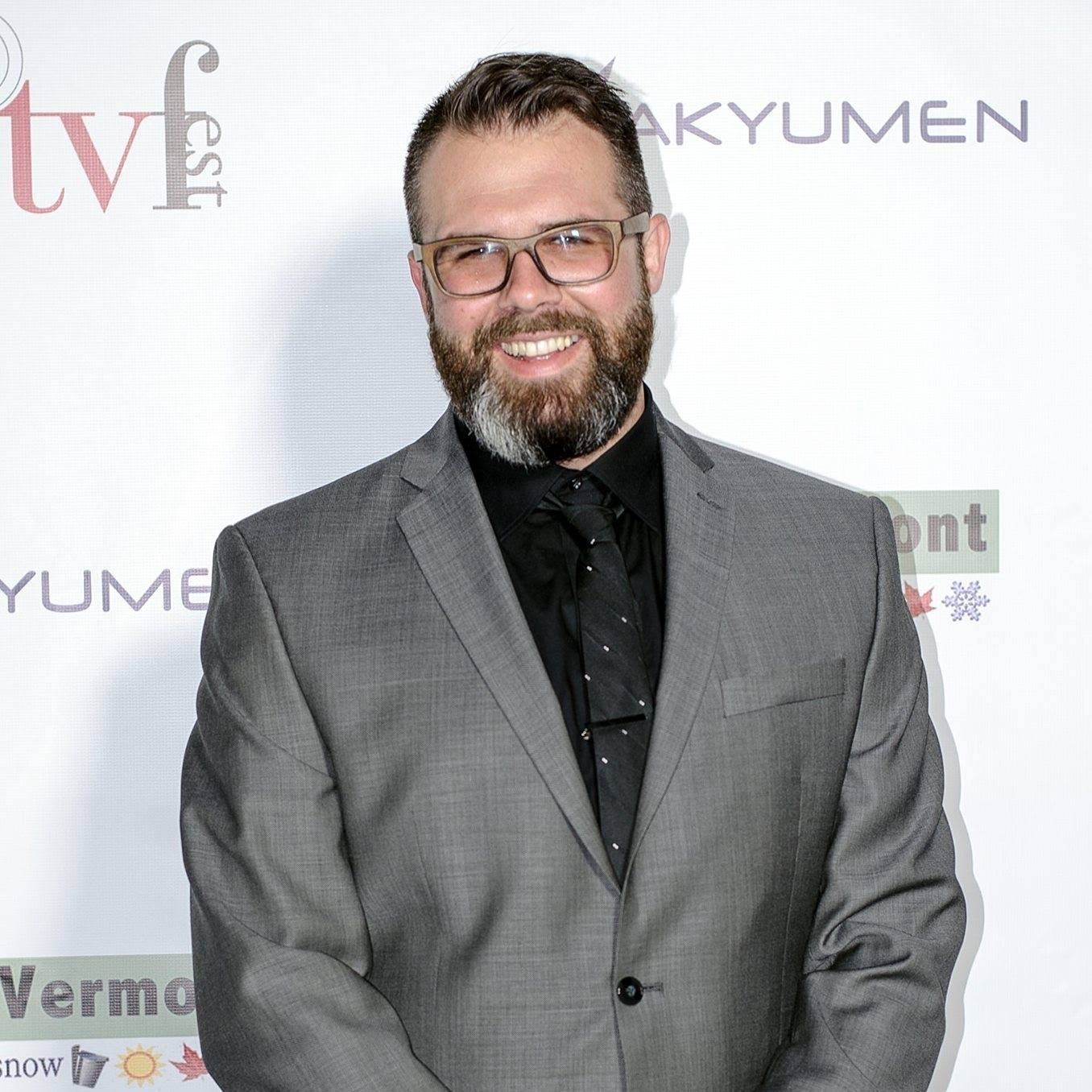 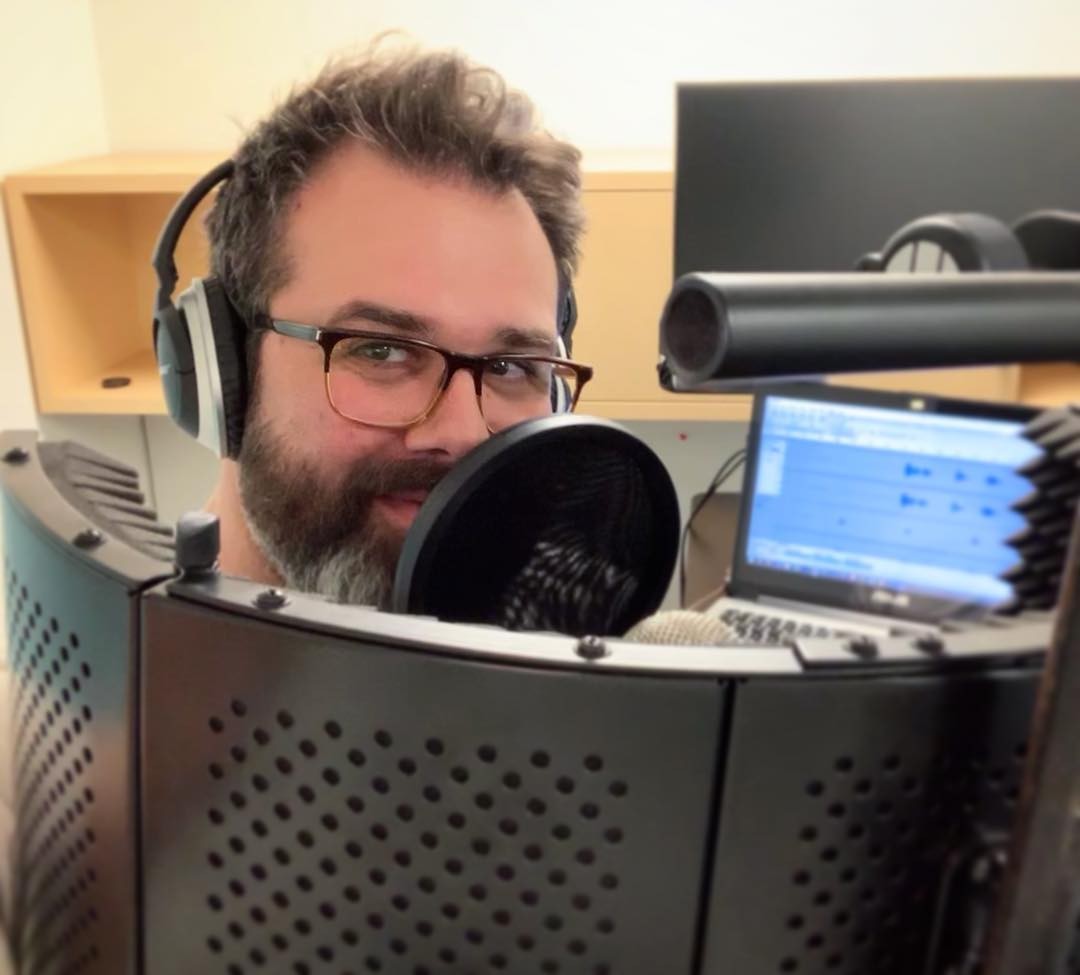 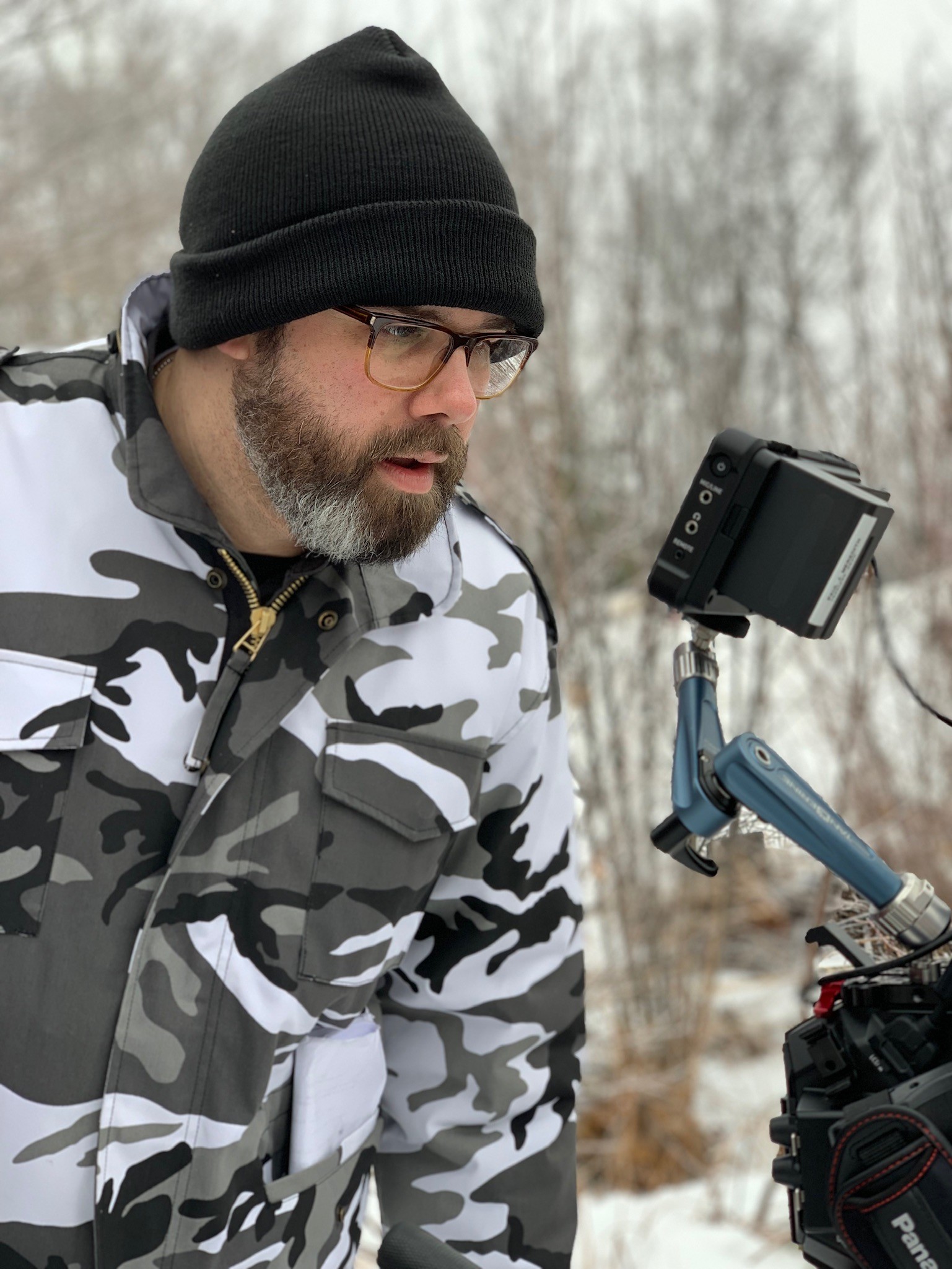 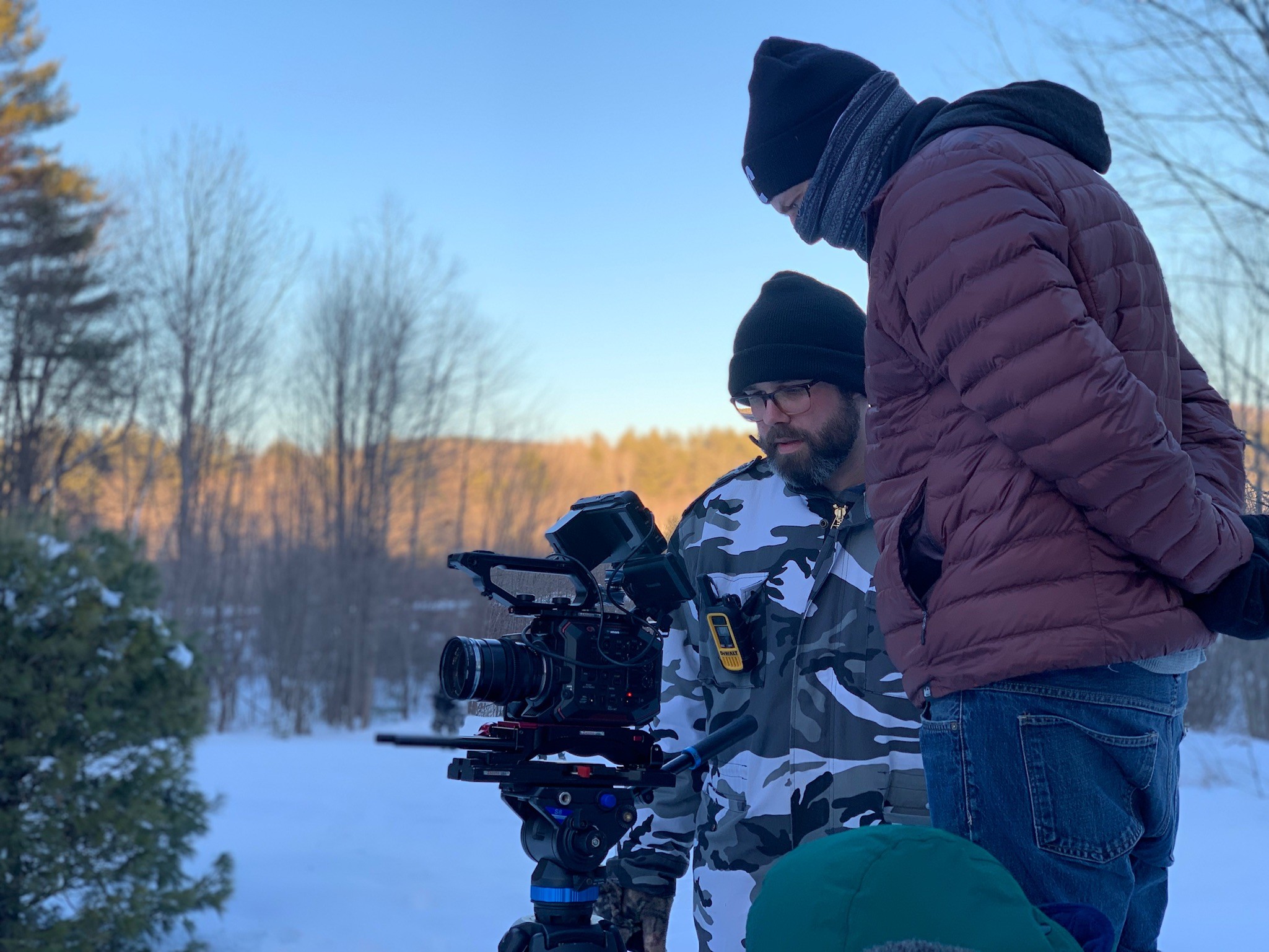 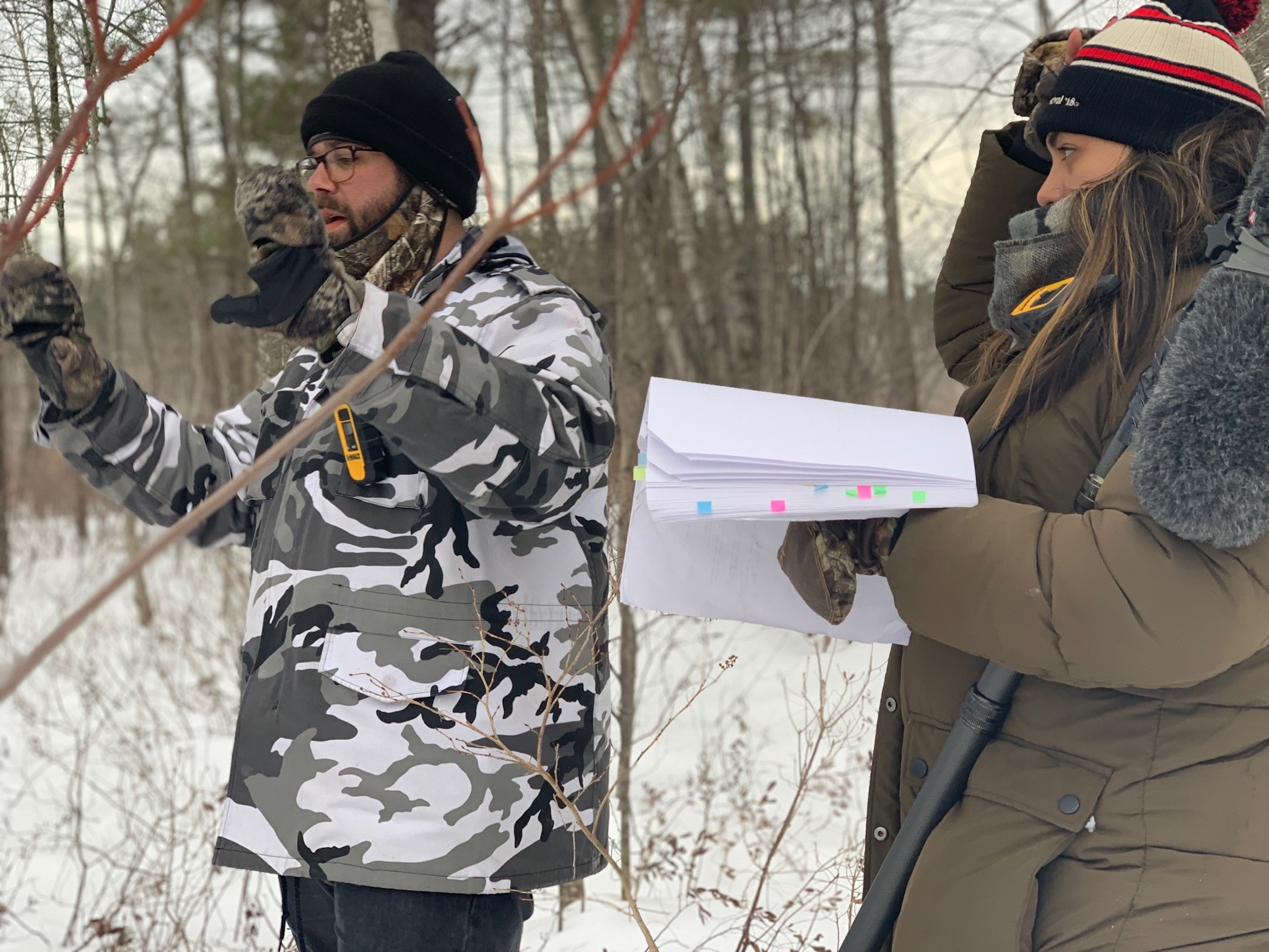 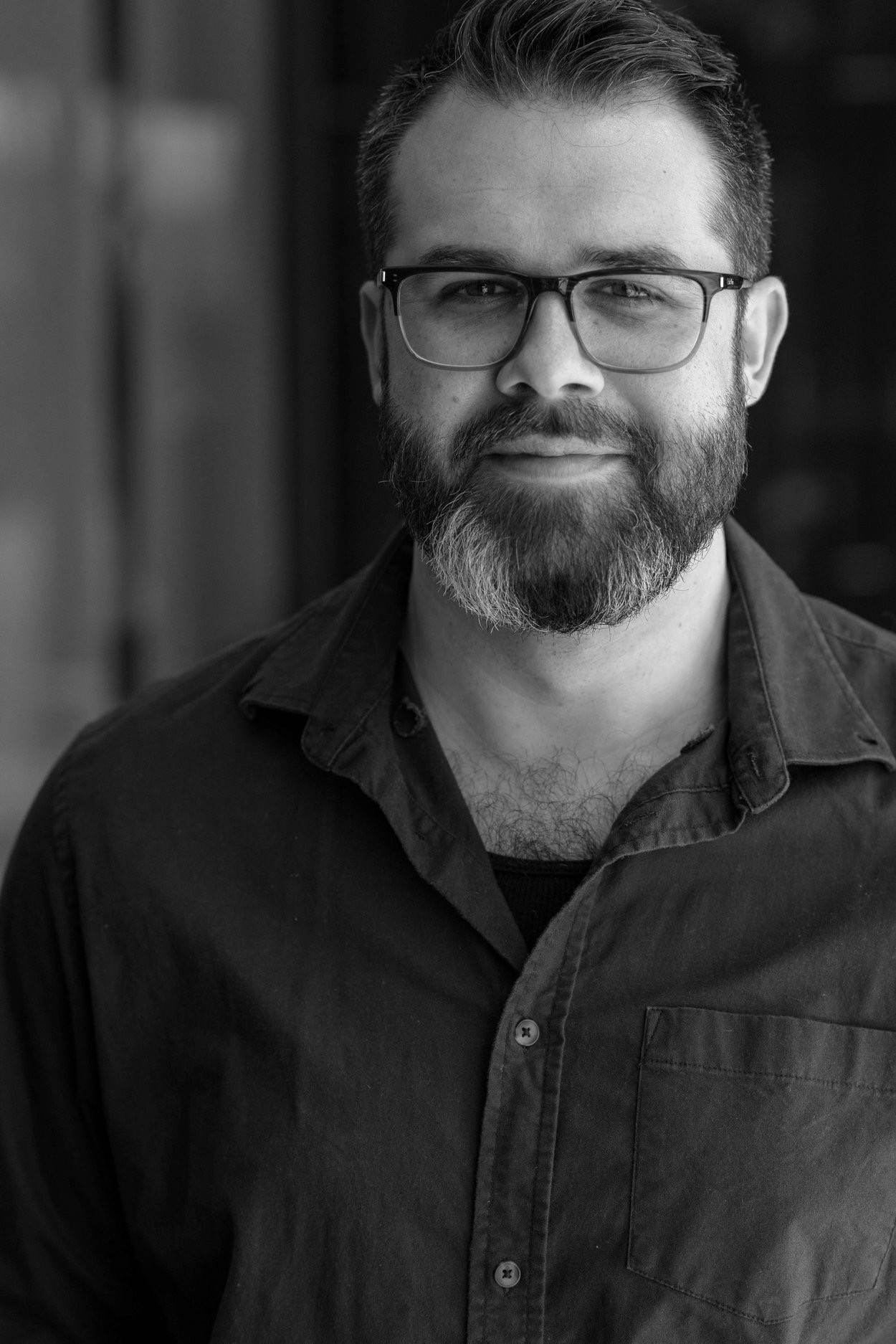