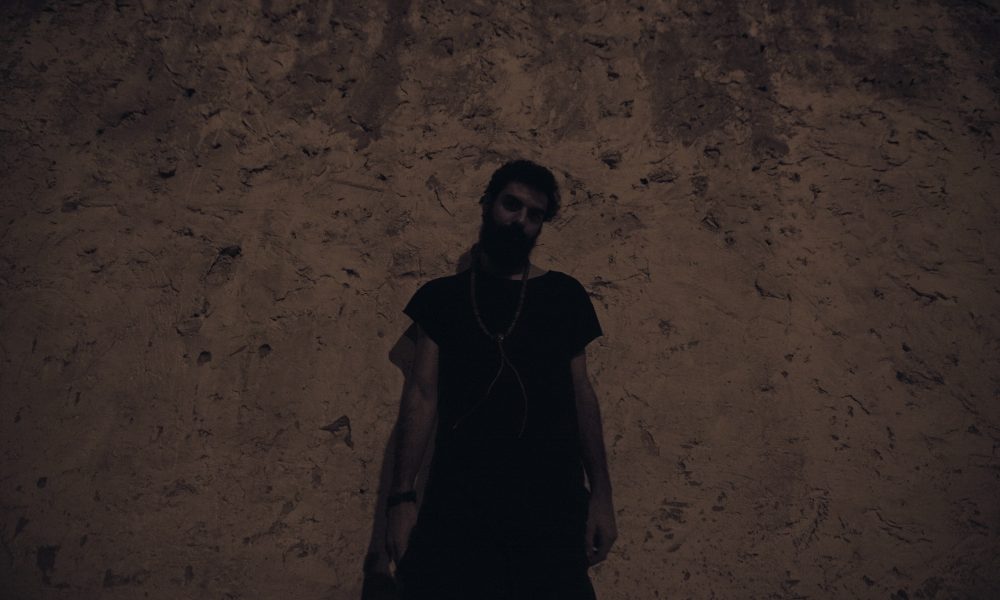 Today we’d like to introduce you to Berge Sahakian.

Hi Berge, thanks for sharing your story with us. To start, maybe you can tell our readers some of your backstories.
My musical story begins around the age of 5/6 years old when my parents insisted on taking me to classical piano lessons. Although I was quite good and could play Beethoven, Bach, and Mozart with my eyes closed, I can’t say I enjoyed it very much. After 5 years of that my musical preference was rock music, and I had begged my parents for a drum set, which was denied but ended up getting an electric guitar, which set me on a long and wondrous path to the magical world of making music.

As I moved through life, I picked up an appreciation for music from all around the world, from the 1920s to present day. The cultural music of each country became an obsession to me. Trying to absorb the instruments, rhythms, movements, and scaled from each region became a personal journey.

Once I found electronic music in 2007, I added it to my repertoire and began to learn the art of mixing music. Fortunately, I had a lot of great people in my life who gave me the necessary push into a career, which I never intended for. Luckily the nightlife had different plans for me. I always thought I would have a career in music as part of a rock band or something, but I accepted the gifts being given to me and began a personal journey in presenting ethnic music to audiences who were coming to hear electronic music. So, I decided to fuse traditional sounds from around the world with electronic grooves as a way of educating them and hopefully preserving the music of the past in a new and interesting medium. Being of Armenian heritage with parents born in Iraq, I was only natural for me to include all the music I grew u listening to in my performances, along with a vast array of music from around the world.

Since then, many artists and myself have created something beautiful with this sound and gathered all these open-minded and accepting music lovers into a global community of conscious nightlife. Performing at festivals and clubs around the world, from Burning Man to Tulum, all over Europe, the Middle East, and North America have given me an even broader understanding of life and the music which connects us all.

Along with DJing events around the world, I place a lot of my time and energy into producing music. Having a collection of instruments, I gathered from around the world numbering at over 100 pieces, I aim to make as much of my electronic music as live as possible. I would much rather have an imperfect recording of my own djembe for example, than a perfect-sounding digital sample. I believe the raw and imperfect quality makes it more human and relatable in music than its flawless counterpart.

In January 2020 I started a Soundcloud mix series called ‘The Goldcast’ in which every Friday I release an hour-long mix I have made of the newest music in my folders, followed by another hour mix from a guest artist whose music I feel fits into the program. I vocally introduce each song I include and well as the guest artist. It is my attempt at informing the listening audience of the hard-working producers whose music DJs use. Most often listeners praise the DJs but overlook the artists who make the music we perform, so if I can shine a light on some of these artists then I would consider the series a success. I never thought that a global lockdown would take place a few months into the series, and be a source of music for people trapped at home. I am just grateful that I could be of some service for people around the world in a difficult situation. The series continues to this day.

At the present time, the nightlife seems to be slowly retuning to normalcy, so I will be back on the road very soon and looking forward to share more music with people around the world, as well as releasing more of my own music for home listening.

Can you talk to us a bit about the challenges and lessons you’ve learned along the way? Looking back would you say it’s been easy or smooth in retrospect?
There have been many personal and professional obstacles along the way. But can say that they have all helped me grown into the person I am today, so I am thankful for every single fortune and misfortune in my life.

Appreciate you sharing that. What else should we know about what you do?
I have been making DJ sets since 2009, and continue to this day, along with my Goldcast series, you can find much of my podcasts and live recordings of my performances online for free. Live sets from Robot Heart at Burning Man, to sunrise parties in Africa, and eclectic non-electronic performances at intimate gathering spaces.

The Goldcast launched on the first Friday of 2020, beginning a new decade with a weekly commitment to providing online listeners with consistent new music.

My first original production was released in the summer of 2016 on a VA compilation on Sol Selectas record label. The track titled ‘Mirage’ became a staple song in my career and in the genre itself.

Since then I have released a number of originals and many remixes from lot of talented artists like Armen Miran, Bahramji, Shkoon, and Zuma Dionys to name a few.

Plans for the fisrt of five full-length albums is in the works as we speak, along with many more EPs and remixes.

Along with my solo project, I pursue a duo project with longtime friend Sabo. Our duo is called “Sabo & Goldcap”. We released a 4.5-hour live stream event in the fall of 2020 on Youtube called “Desert Sunrise 2020” as a free offering for everyone around the world stuck at home. It has since been watched over 1 million times.

Plans of a live solo project as well as a band of multi-instrumentalist musicians are also in the works and should have more info released in recent years.

In terms of your work and the industry, what are some of the changes you are expecting to see over the next five to ten years?
I believe this specific music industry has so much to offer to people. Unlike most electronic music you might hear like EDM or more commercial styles, this music carries with it a certain ethos, a way of being, a respect for humanity and cultures from around the world. Tolerance, love, open-mindedness, environmental responsibility, and a lust for exploration is innate part of this community of listeners.

Unlike other vicious music industries, most artists, record labels, and event promoters are not in competition with one another, and instead realize that one person’s success directly helps others in this shared promotion of the music and the industry as a whole. Artists support each other by playing music produced by the other, promoters helps grow the sound in a city and build more attendance for the local scene as a whole, and record labels don’t restrict their artists from releasing on other labels. It’s really a beautiful thing, and I’m honored to be a small part of it. 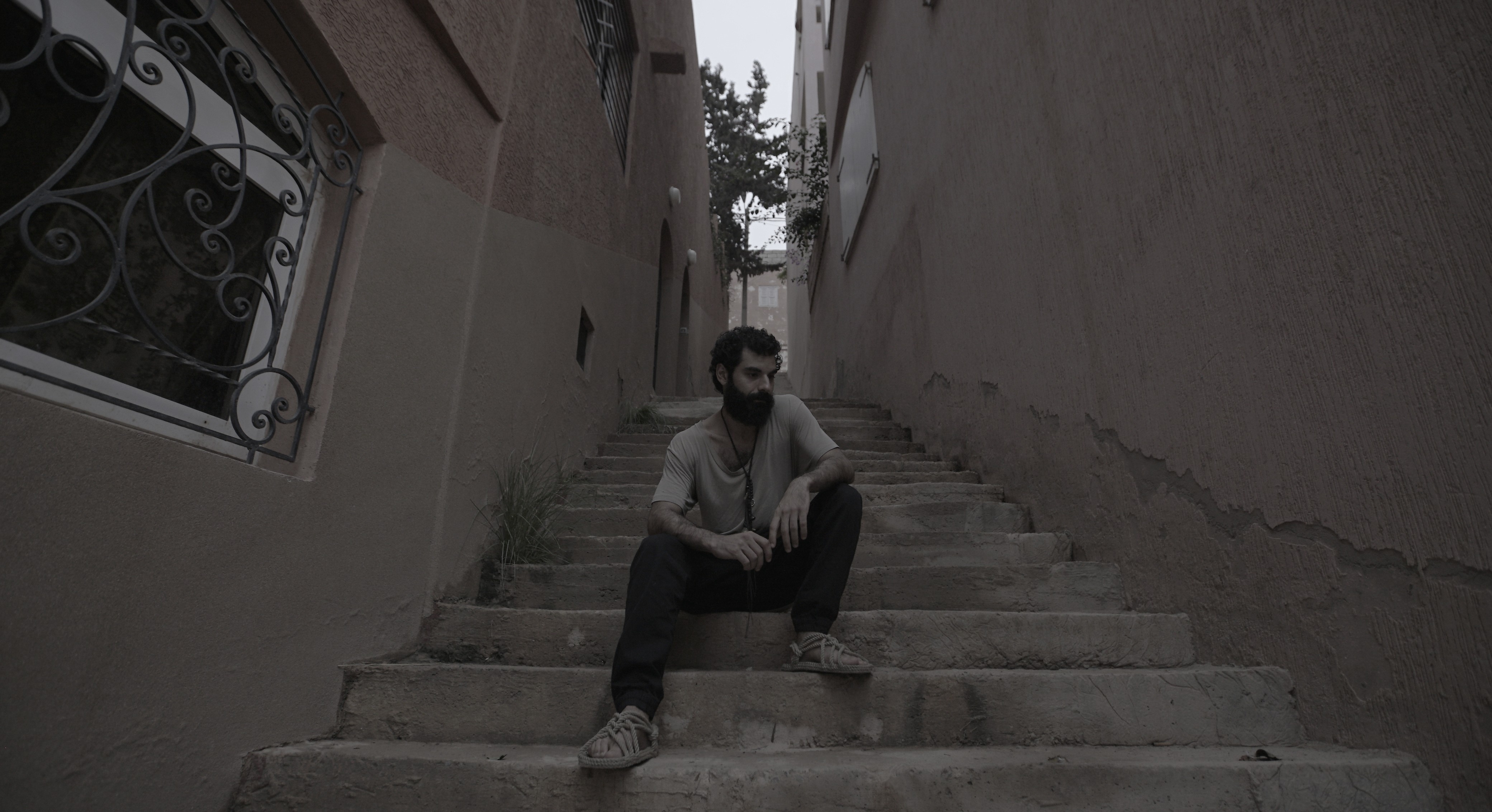 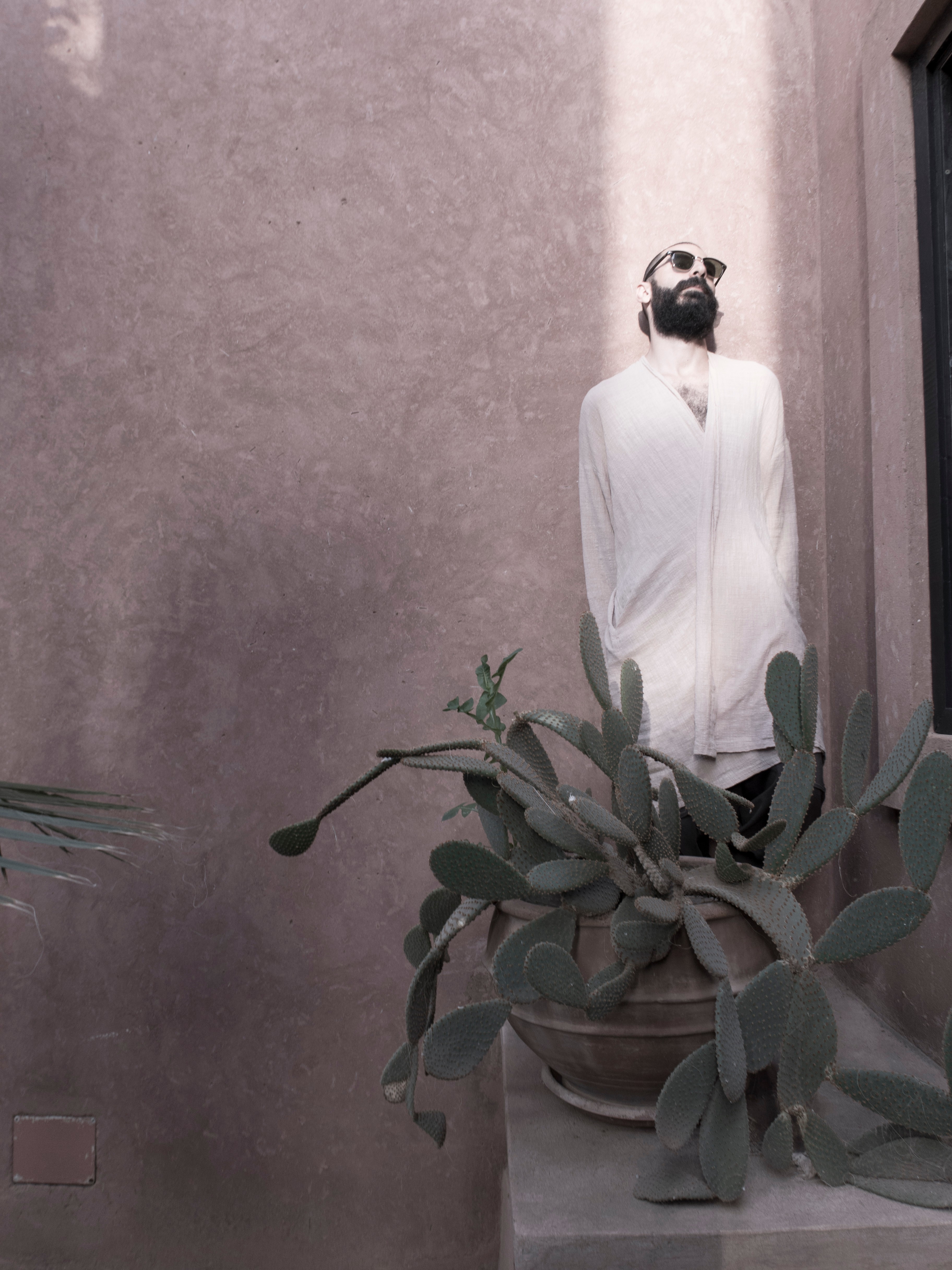 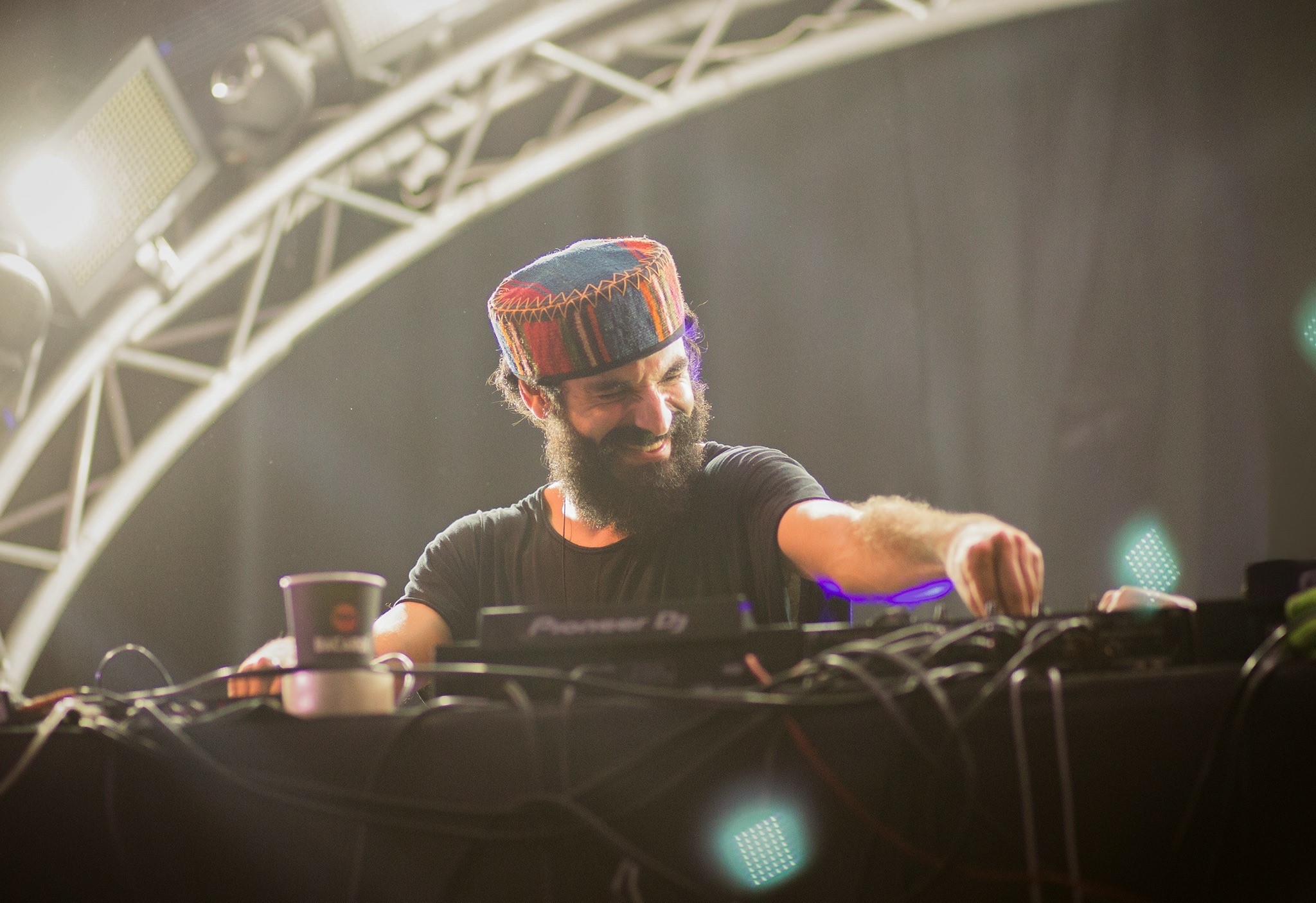 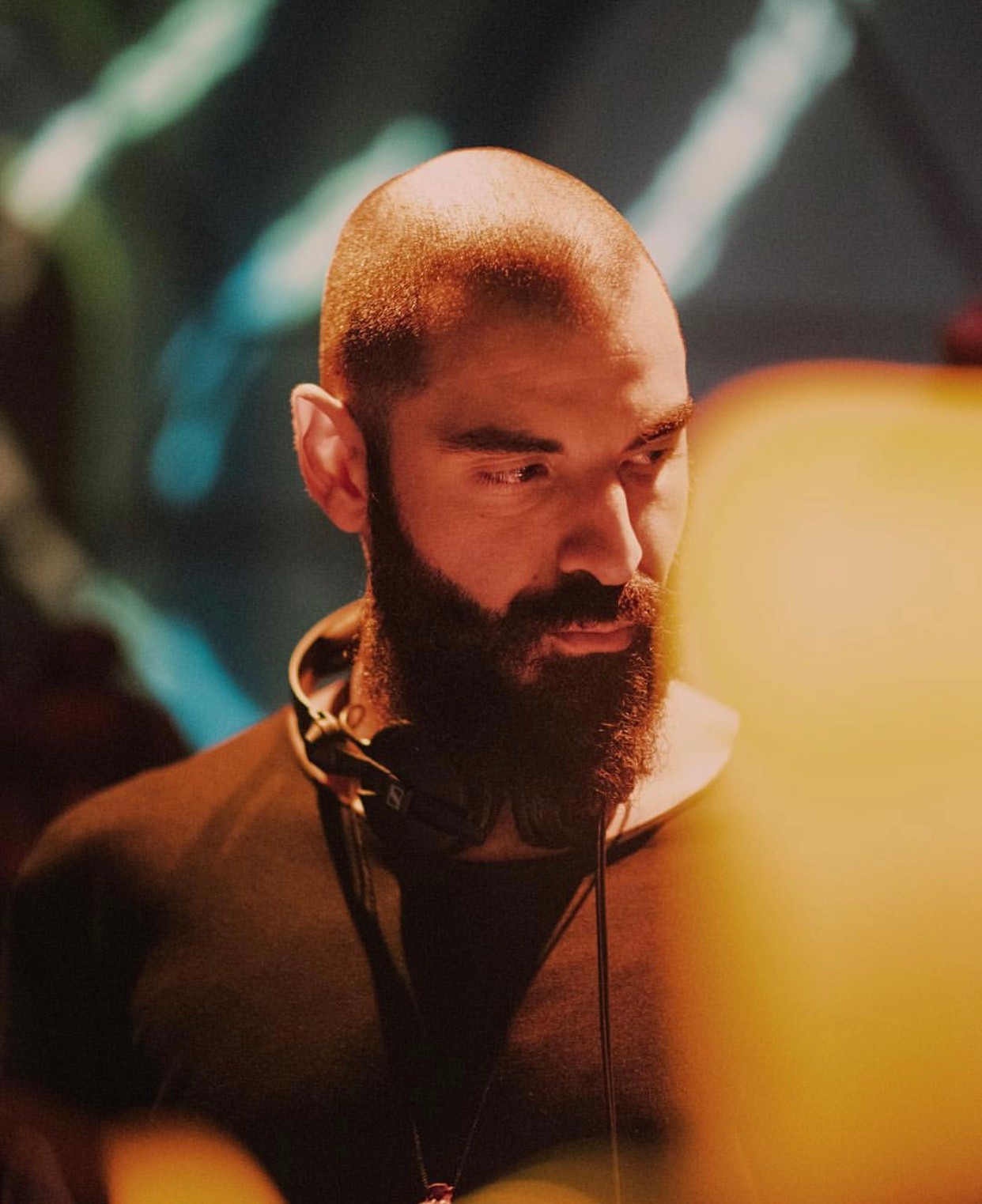 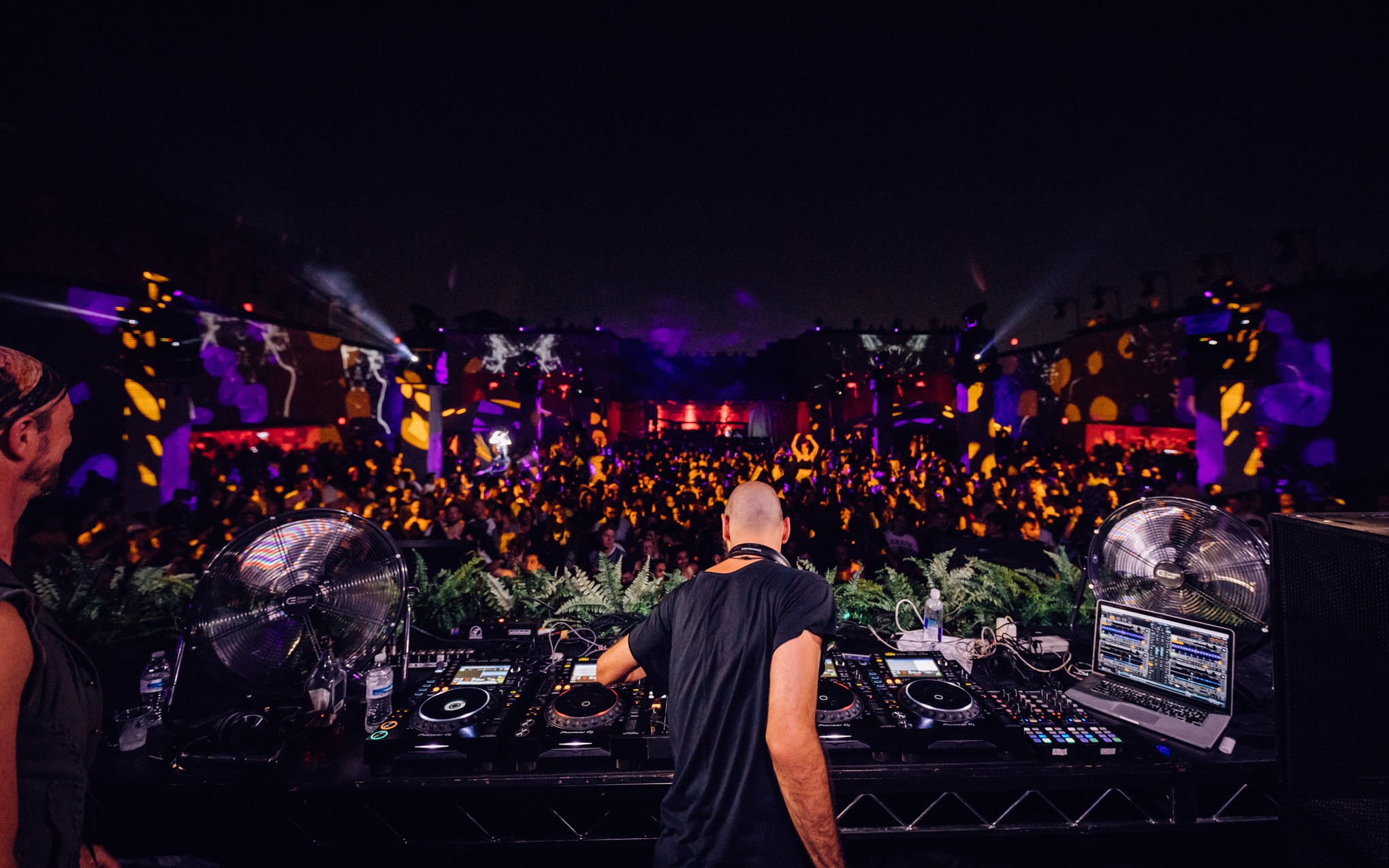 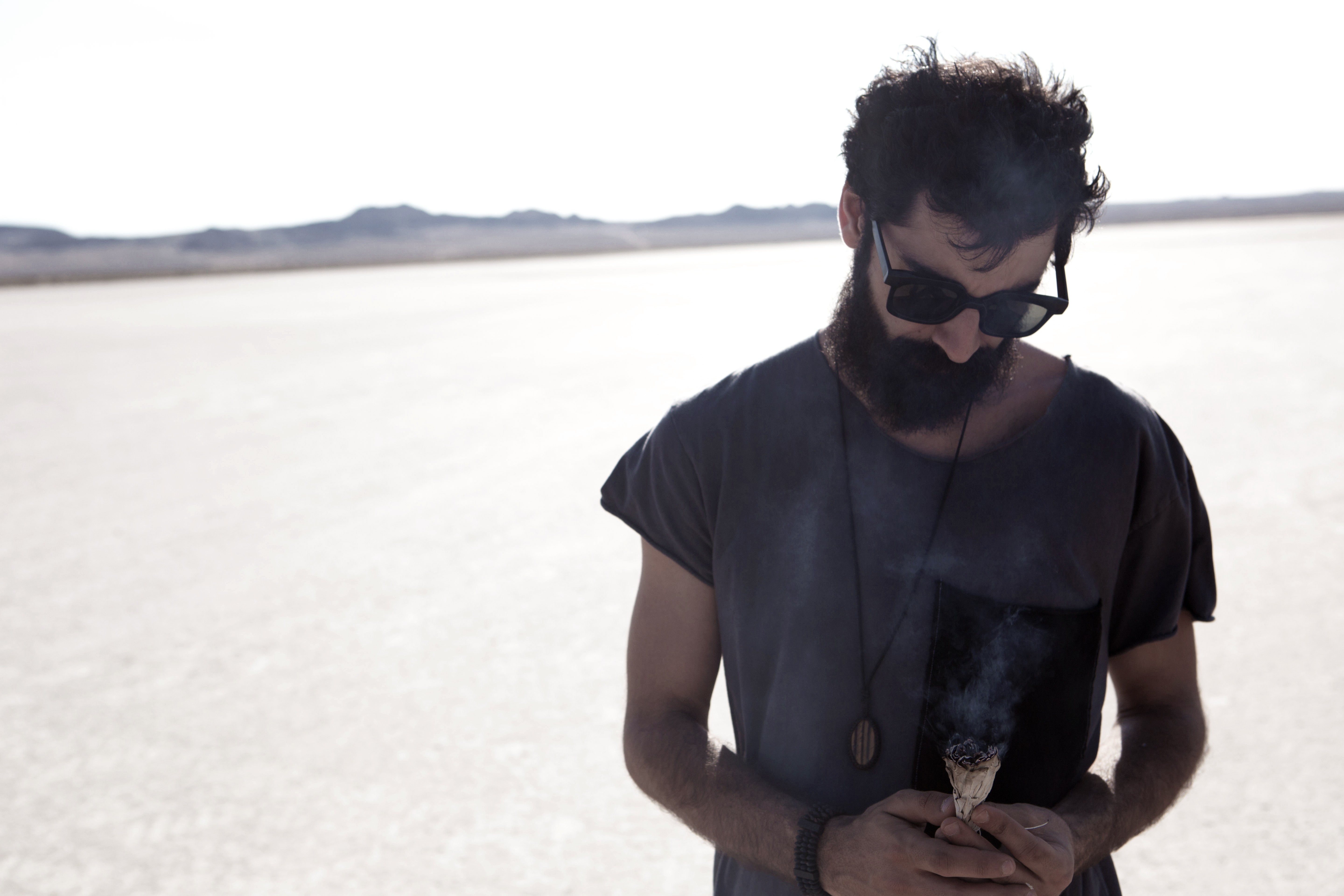 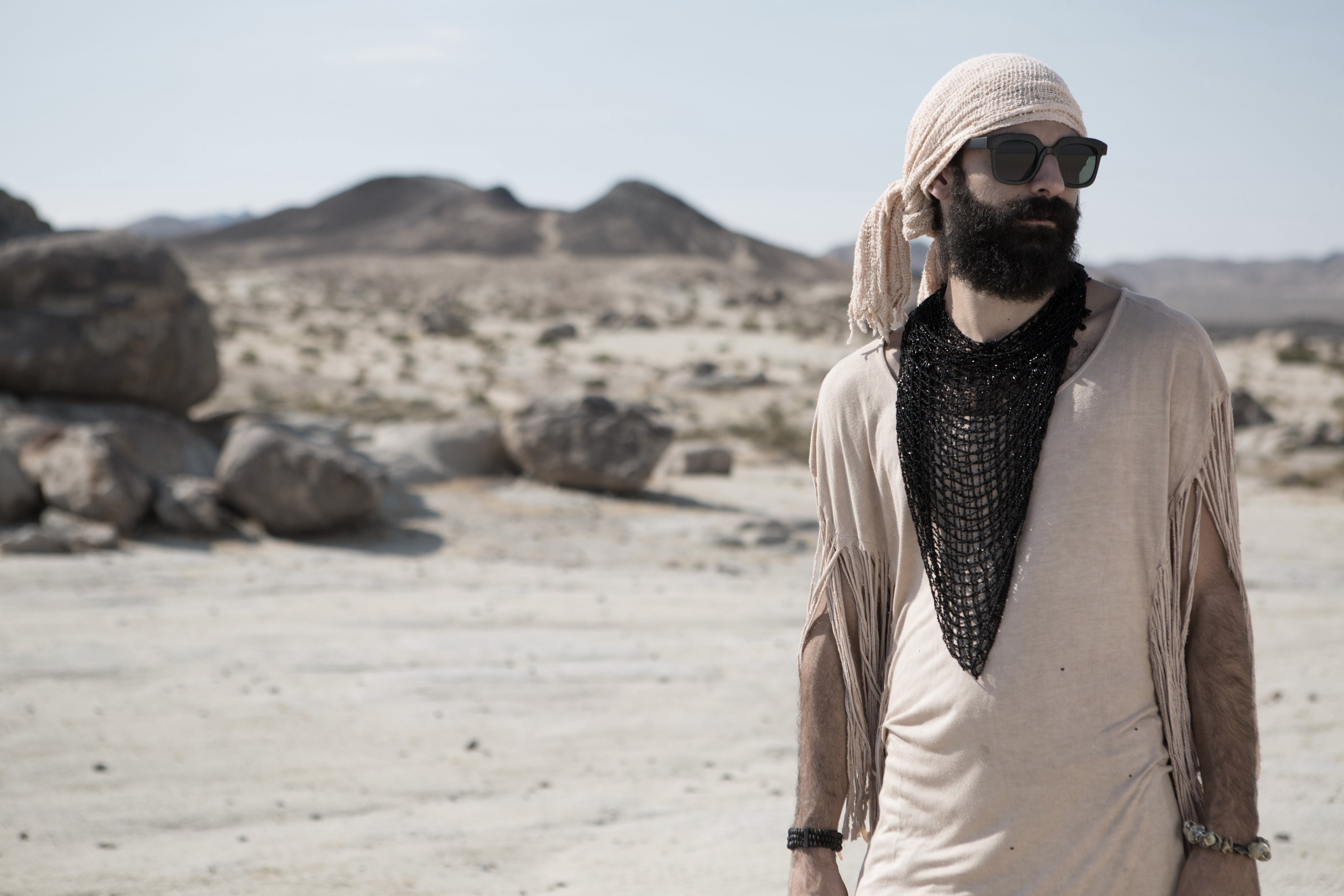 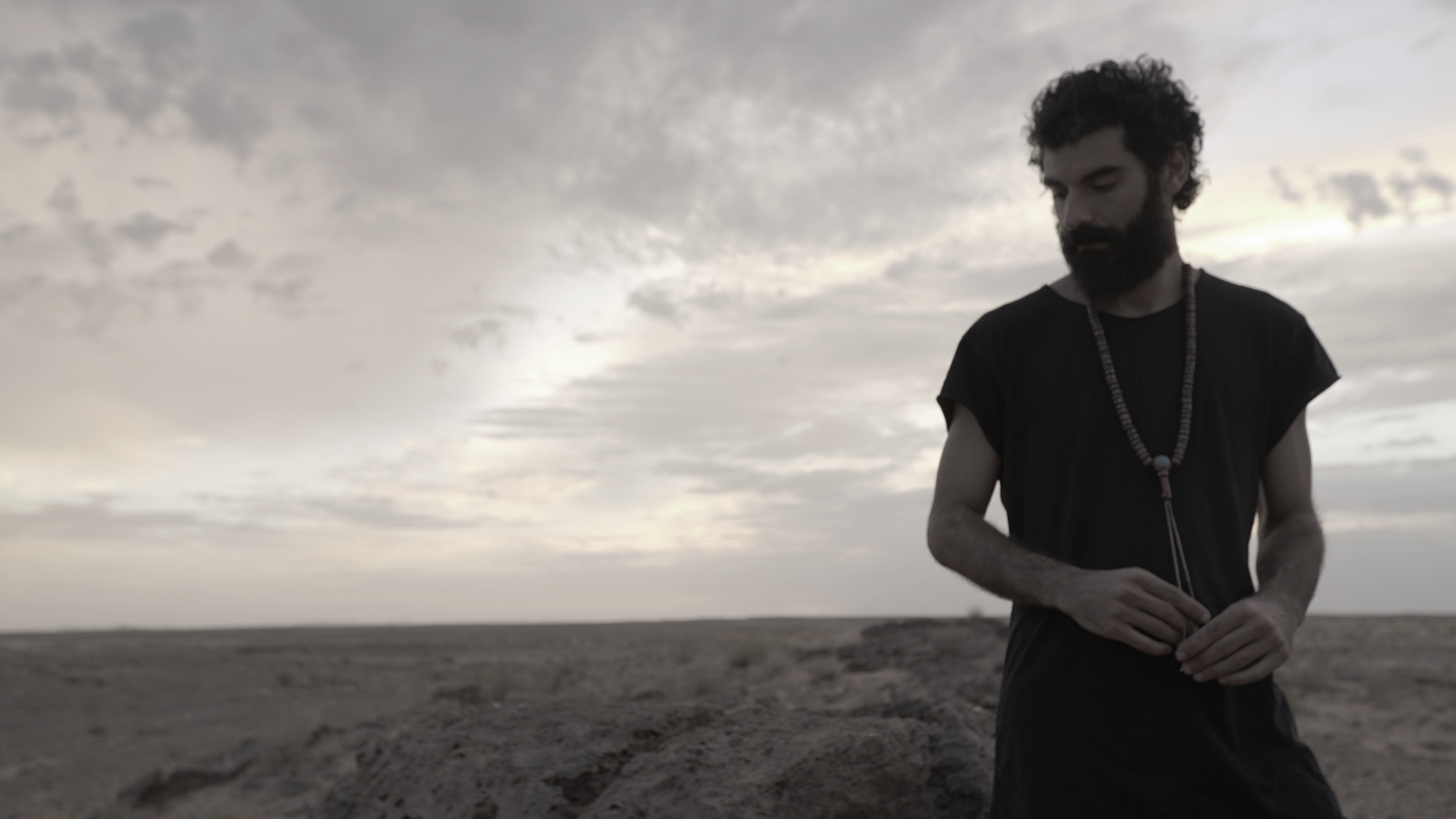 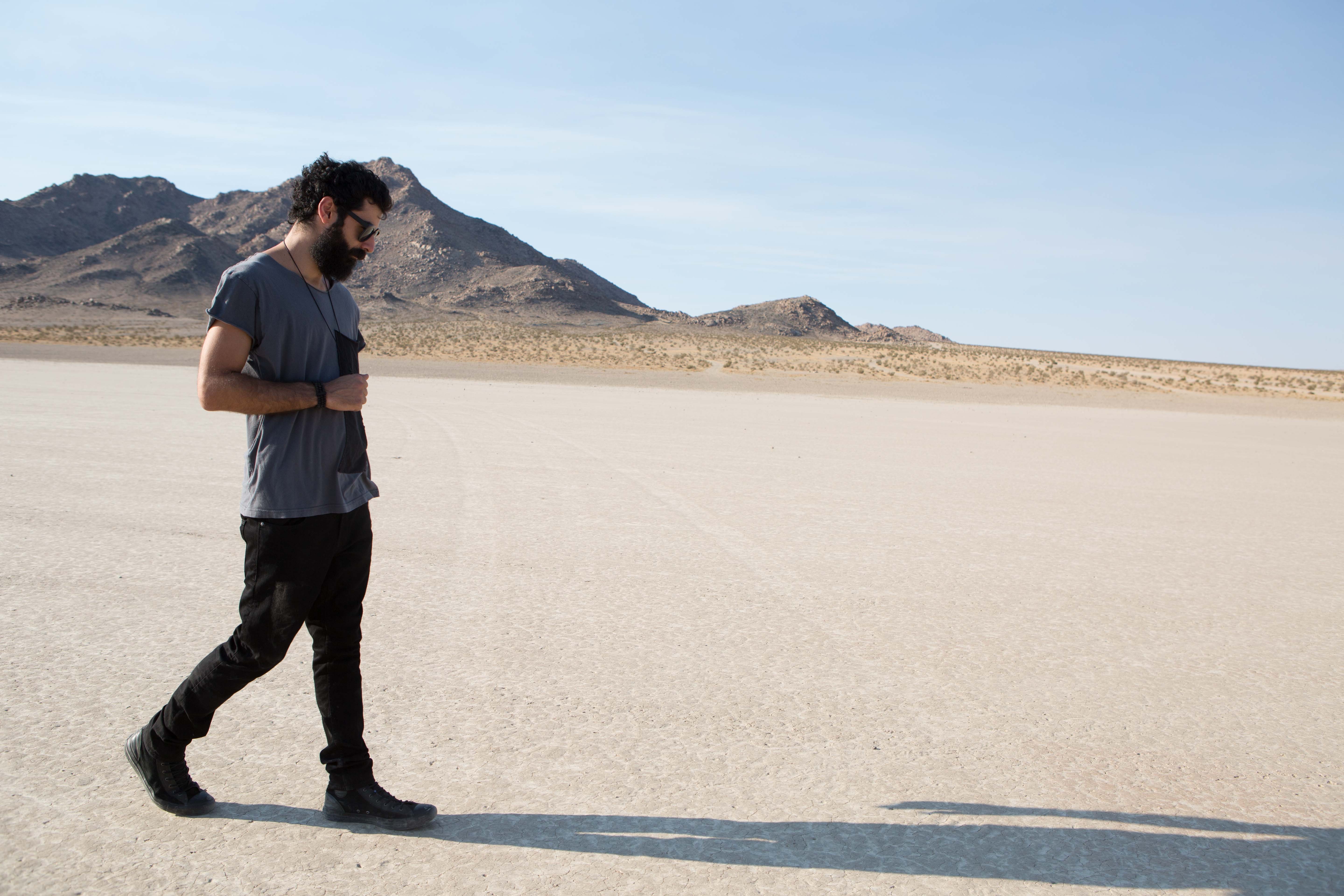 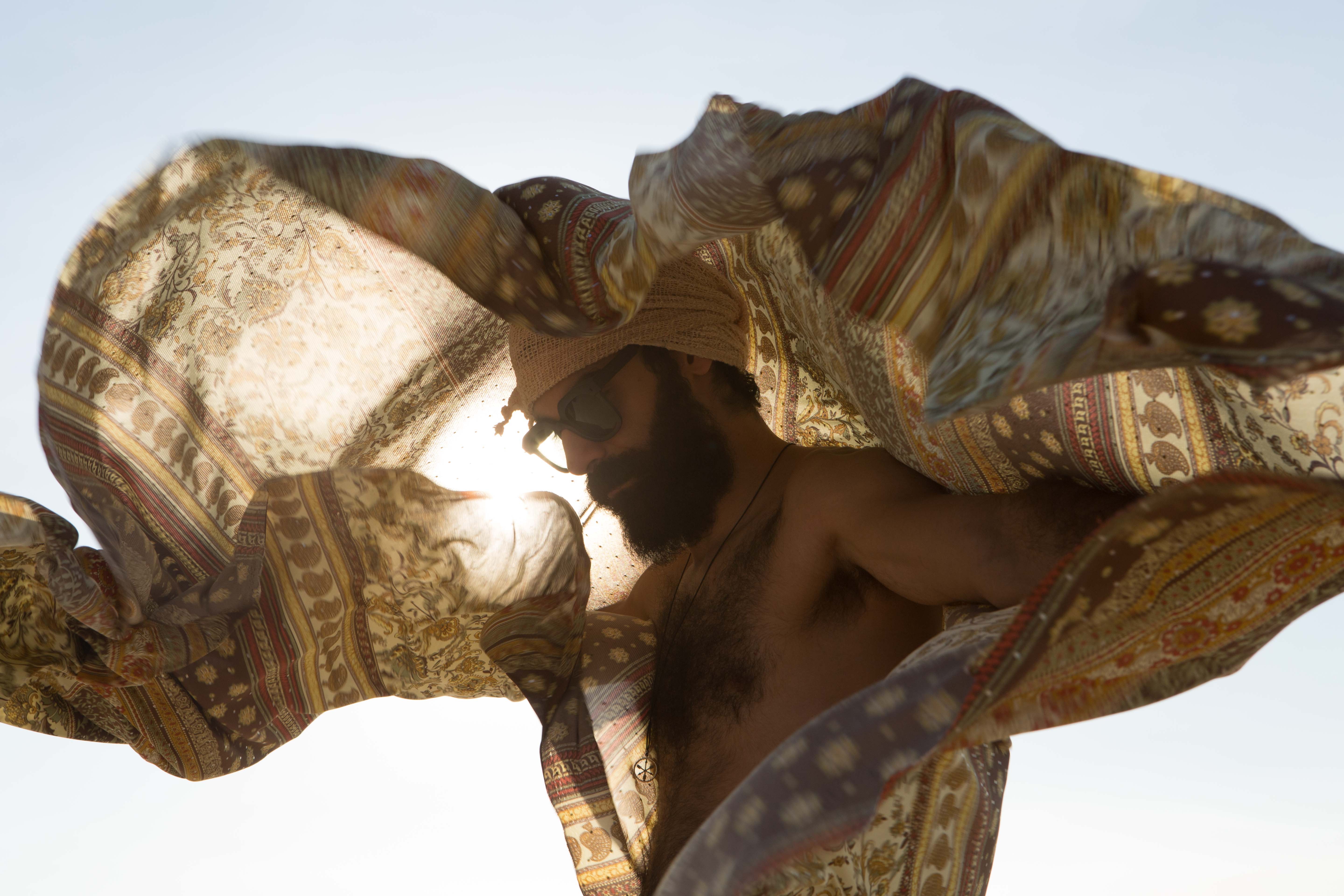