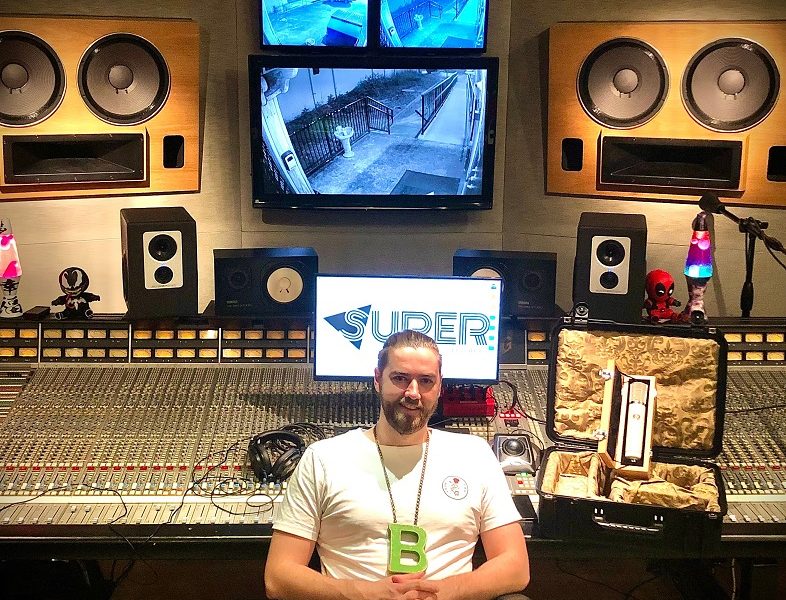 Today we’d like to introduce you to Bas Janssen.

Hi Bas, thanks for joining us today. We’d love for you to start by introducing yourself.
If this was an ice-breaking exercise, playing two truths and a lie, I’d say: 1. I’m Dutch 2. I have a Guinness World Record for playing the Triangle and 3: I went on a tour to Portugal with my Cricket team. The lie would be the tour was to Spain, but that is the quickest skim over the randomness of my story. But let’s unpack shall we? Yes, I am originally from the Netherlands, but by the time I turned eight, I moved to France, Utah and England. That’s where I first picked up drumsticks after being inspired by Nick Cannon in ‘Drumline’. This is what started my musical journey, but because I was living in England, I was joining orchestras, playing timpani, marimba, etc. That isn’t exactly the ‘Drumline’ vibe, but I was hooked on music. From there, I played in orchestras that toured Europe, competed as a soloist and prepared myself for the next step. College… or they say University over there.

Yes, I performed a lot by this point, but as a classical percussionist. As far as the drum kit, I was a bedroom rockstar. So it was a leap of faith to attend Berklee College of Music. From there, my mind was opened to so many things. It’s where I began engineering; playing in a Brazilian drumming group; networking with past, present and future legends in the music industry. My time at Berklee was an amazing incubation period and, effectively, trial run at the music industry. Before I graduated, I had joined bands; played as a work for hire; recorded and mixed released records; played festivals, arenas, clinics, music videos and as such it was time to take flight and see if I could hang at the highest level. I had to move to LA.

Although I left college and moved to LA to work with the best in the world, the learning had only just begun. But what you really learn is whether you sink or swim when you’re stretched thin because you’ve never learned enough and life will always set you up for something you’re not ready for. I’ve been lucky enough to work for Chloe X Halle; at Alex Da Kid’s label, KIDINAKORNER, recording Ant Clemons and Nija; engineering for YSL in the heart of Atlanta. I can’t say I was ready for any of those opportunities when I started the jobs, but experience is the best teacher with those opportunities and a wise man once said ‘Ain’t nothing to it, but to do it!’ So I figured it out!

Now, when I’m not struggling with my visa complications, I can say I’m thriving whether it’s mixing, recording, running front of house even drumming, playing percussion for music I am passionate about and having phone numbers of people I could’ve only dreamed of meeting when I lived in England.

Can you talk to us a bit about the challenges and lessons you’ve learned along the way. Looking back would you say it’s been easy or smooth in retrospect?
Has anyone ever really had a smooth road? But I do think my struggles are different from the average struggle story. My struggles are based around immigration. Being from the Netherlands, my transition from Europe to Berklee and beyond has come with additional stops at the Embassy. I’ve had to turn down jobs because, at the time, the company wasn’t allowed to hire me legally. Not to say I’m even out of the woods, it’s going to be a cloud that will follow me for a while in the US, but the frequency of the storm will hopefully start to drift apart as time goes on. Something that’s been a personal struggle that I’ve had to work my way over is also linked to being international, but it’s acclimating to new cultures as I work with them more and more. Luckily I’ve found out that’s something that really excites me and I’m passionate about.

Learning more and more about all the different corners of the planet, but also thinking you’ve started to understand a culture and finding a new nuance between cities and neighborhoods, etc. Having previously lived in Utah, I felt familiar enough with the general American culture, so the first culture I was faced with was the Brazilian culture. Mind you, I have to learn the social culture to interact with the people I’m working with, but also get a musical genre embedded in my being as deeply as I can. From there, I can be lucky enough to learn about the food, social culture and more. So first the music, Brazilian music and drumming specifically has its own swing to it and then depending on the sub-genre, there’s particular vocabulary and common rhythms these subgenres are centered around. After that, it was gospel music and how much that is just understanding the flow of the service and reading the room more than just learning the song or the parts (and of course shouting!). Lately, it’s been Atlanta Rap sessions. The speed at which rappers can work at and how their creativity rolls out and you got to get the computer to work as fast as their mind, no time to wait! Not to mention their southern drawls I didn’t exactly learn in English boarding school.

But that’s been a passion project, constantly expanding my cultural horizons.

Thanks for sharing that. So, maybe next you can tell us a bit more about your work?
The work I’m most passionate about and pride myself most on is the music I’ve been given the honor of mixing. For me, it’s the most involved and personal piece of myself I can put in someone’s project that means so much to them. I get the pieces to the puzzle in front of me and I get to add my creativity and my voice to glue it all together. (That’s the secret, just glue puzzle pieces together and they won’t take so long to finish!)

The reason I stand out is because I’m the best of both worlds when it comes to technical knowledge and creative intuition. As someone with a college education in engineering, of course I have the technical prowess to make it through such a prestigious program as Berklee. Conversely, as a musician, seeing and playing music from the organic side gives me the awareness and emotion it takes to make the music translate and speak to people. The versatility in me helps me identify and embody key factors in music quickly and know how accentuate them and build upon it in an authentic and musical manner. I’ve definitely built up a lot of versatility (name drop alert): Played timpani under Gustavo Dudamel; monitor engineer at the MTV awards for Chloe X Halle; play congas on Telemundo; engineer for YSL, AJR, Alex Da Kid and more; perform marimba solos at Berklee: perform at Carnegie Hall with a Brazilian drumming group. And if you’re familiar with all of those references, congratulations, you too have a versatile knowledge of music!

What were you like growing up?
Growing up, I think it can be summed up with my apparent ‘mild ADHD’ and a lot of my childhood is coupled with sports. I’m very lucky that my parents are very active people, so in my time in Utah I can recall a lot of Tae Kwon Do, Skiing and Basketball. In England, that expanded to Tennis, Golf, Volleyball and most importantly to me, Rugby and Cricket (and those are just the sports I recall taking seriously at a point in time). I think that all speaks to my versatility some more in terms of reading a situation, learning and adapting as well as constantly meeting new people and getting on one accord to reach a common goal. But on the flip side of the ADHD, I definitely had a hard time, and still do, having focussed, systematic practice routine and self-discipline to really put in the dedicated hours it takes to make it in the music industry.

I was very lucky to have the parents I have with amazing genes and give me a lot of natural talent for a lot of things, but I think that did make me struggle to feel comfortable with struggle. Things would come too easy to me, so when I began to face a roadblock, I’d get bored and move back to something that came easy. So I believe we all have struggles in life, but they can come in all different variations. Someone may look at me and think ‘he has it easy because he just got born with XYZ’ and for that exact same reason, I’ll be thinking ‘yes I have XYZ, but that’s actually kind of what’s in my way.’ Therefore, you should never be afraid of taking advantage of your advantages in life because we all need help and being too proud to take some help because it’s what everyone else says is ‘cheating’ or taking a hand out is foolish because they don’t know what’s easy to them that you’re struggling with. 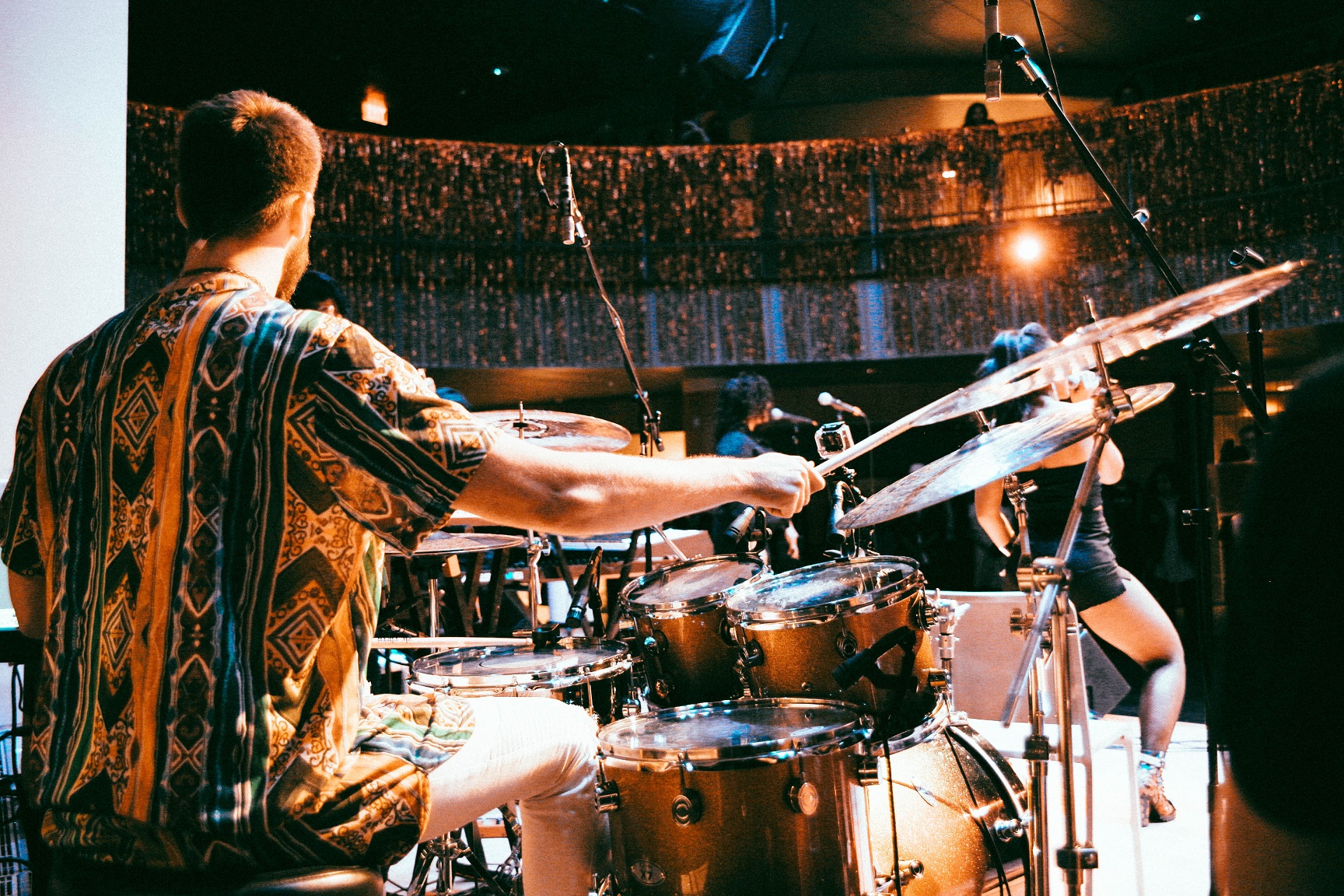 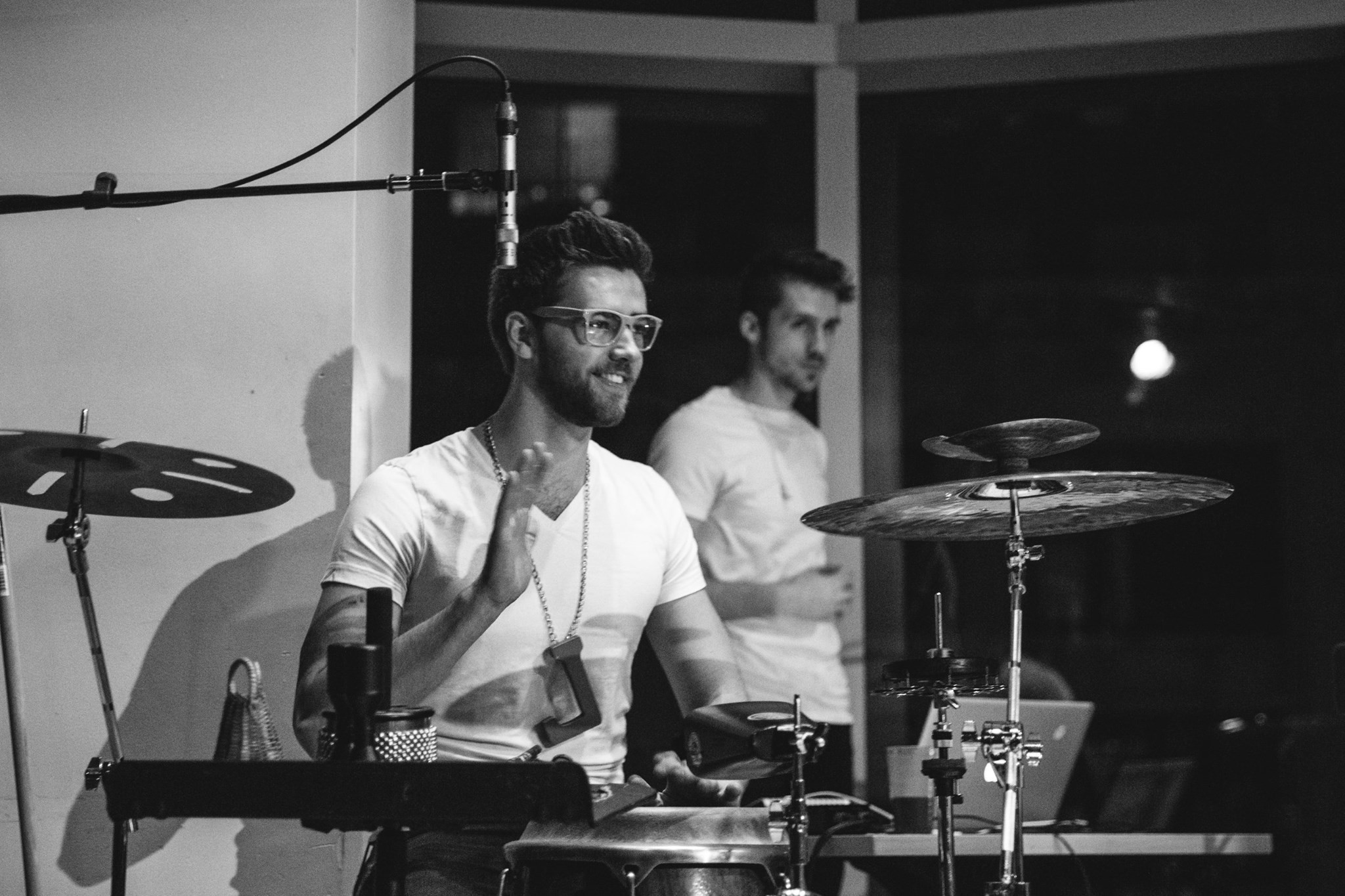 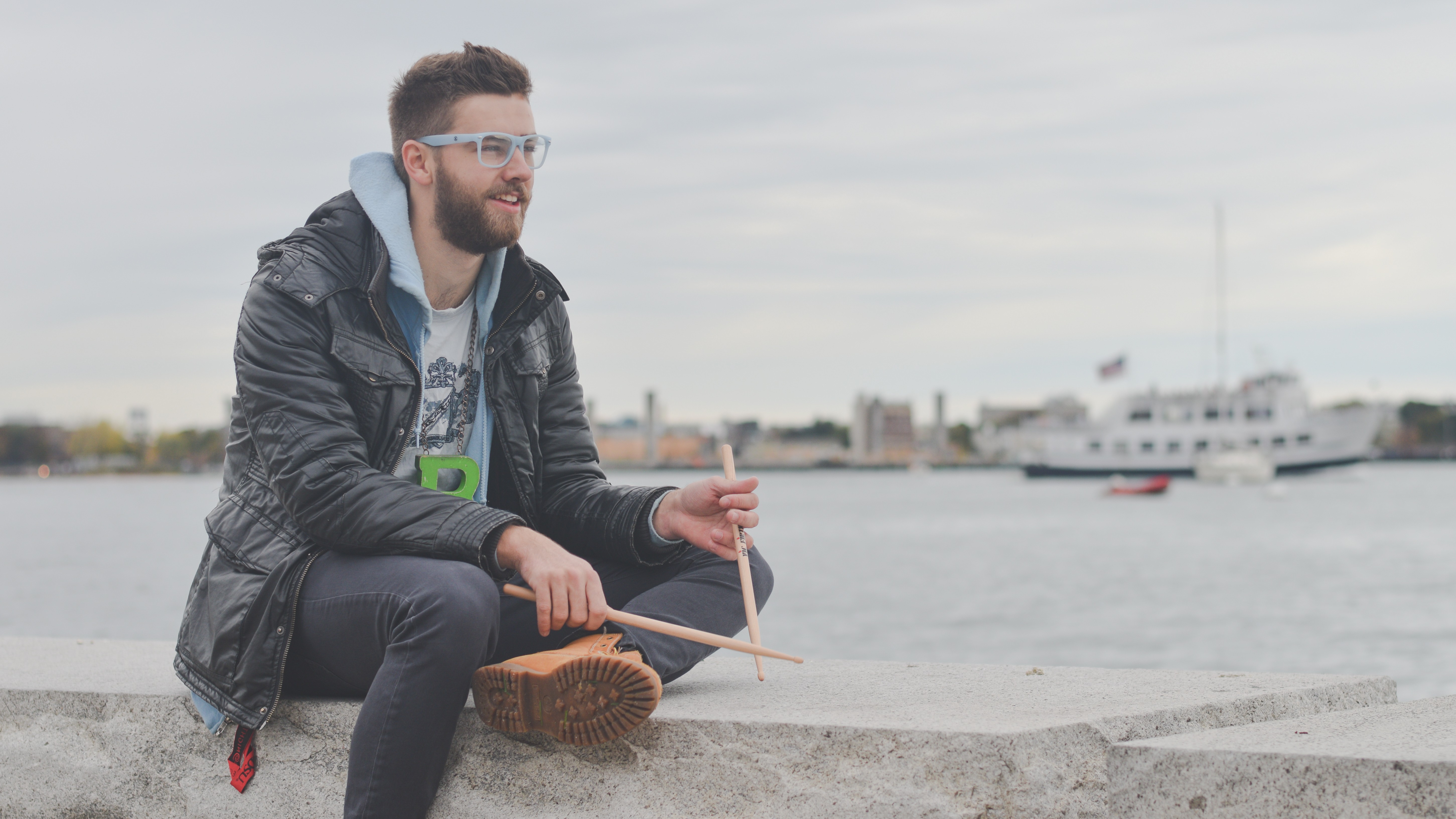 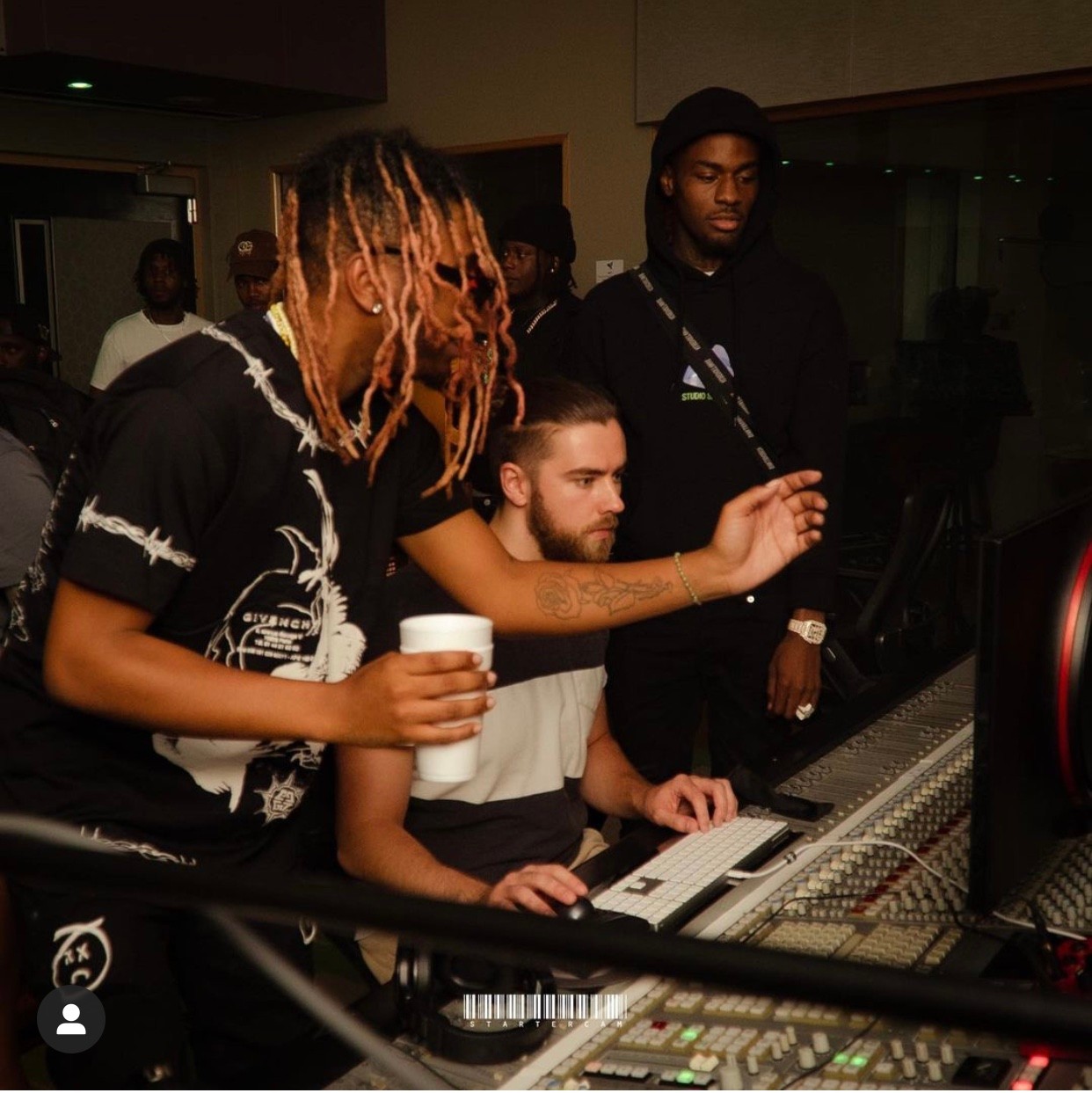 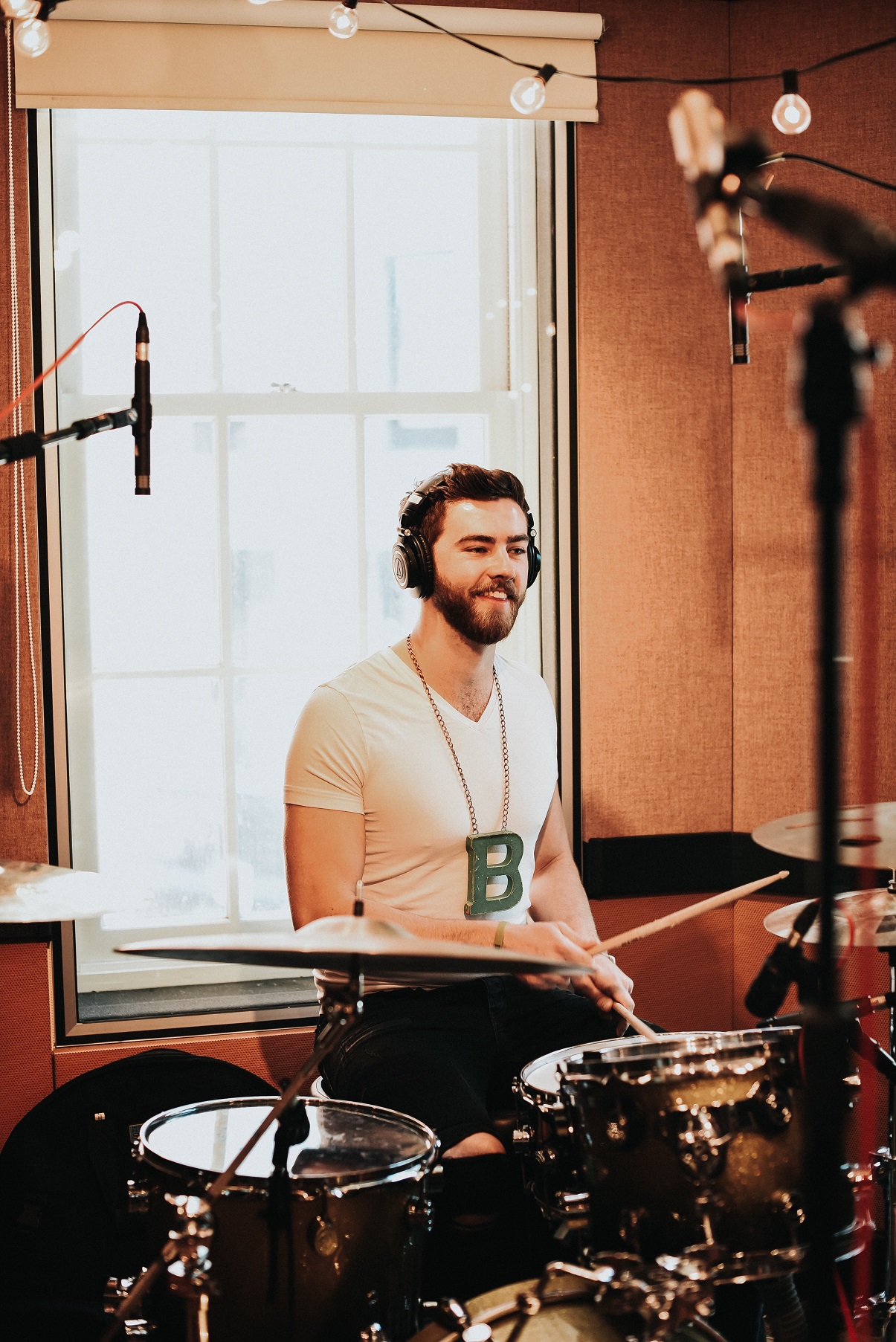