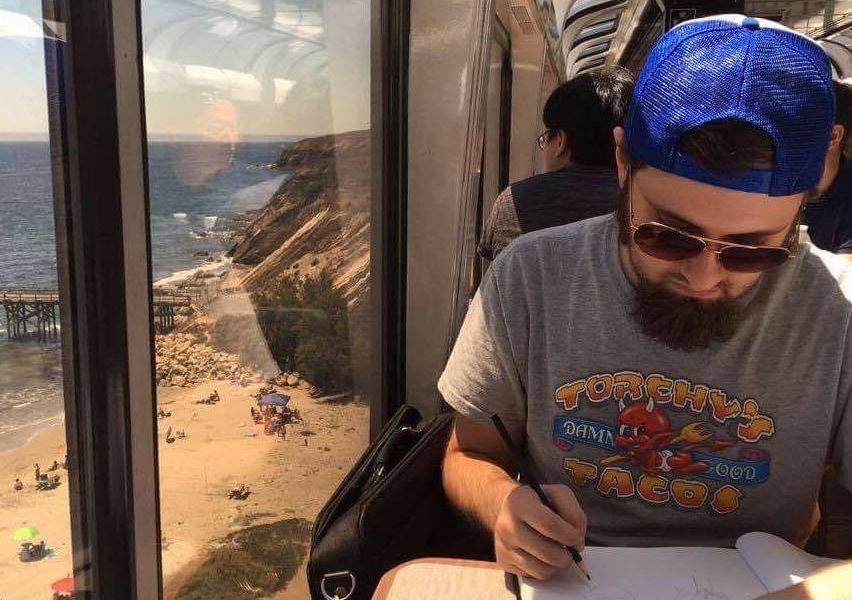 Today we’d like to introduce you to Travis Marks.

Hi Travis, we’d love for you to start by introducing yourself.
I grew up in a town called Midland, TX, which is called that because it’s exactly mid-way between Dallas and El Paso! Go figure. I think most kids draw in some way or another, and I was definitely no different! I LOVED to draw. I would draw little four panel comics, illustrations for school English papers, and just silly little drawings to get a laugh or an “ooooh ahhhh.” I’ve also always LOVED animation. There is something so compelling about it that just has a certain effect that live action doesn’t have for me. It was (and still is) the greatest magic trick I have ever seen in my life! However, where I grew up, there weren’t a whole lot of resources for people wanting to study animation specifically, and although I maintained my love for animation, it remained just a hobby. As I got older, I got heavily involved in my high school band program and decided to go to college to major in music. My goal was to become a university music professor and professional orchestral musician.

I received my Bachelor of Music Education degree from West Texas A&M University in 2012, and my Masters of Music degree from The University of Texas at Austin in 2016. While attending UT, I came to a realization that maybe music was not the right career for me, and I found myself at a crossroads: What do I do now? Then I remembered being that little kid who loved to draw comics and make silly drawings and decided it was time to make good on my unrealized childhood dream! While I was finishing my degree at UT, I took a few animation classes just to try it out, and I fell in love instantly. This is what I had been missing! After graduating, I moved to Los Angeles in the Summer of 2016 and spent the next three years taking storyboarding classes at Concept Design Academy and The Animation Union. Meanwhile, I worked on my storyboarding portfolio at night and worked a full-time job during the day to support myself. In May of 2019, I finally got my break and began my career in the animation industry as a Storyboard Revisionist at DreamWorks Animation Television!

Alright, so let’s dig a little deeper into the story – has it been an easy path overall and if not, what were the challenges you’ve had to overcome?
I think my biggest struggles were with self-doubt and having unrealistic expectations of myself. Because I had already gone to school for something else, I couldn’t afford to attend a four-year art school and get another degree, and not having that experience made me doubt myself and my abilities. What helped with my self-doubt was that in this industry, you don’t necessarily need an animation degree to have an animation job. The most important things are your portfolio and, even more importantly, that you are great to work with! I also had to learn to be patient. I had wildly unrealistic expectations of myself and needed to let myself learn and grow at a more realistic pace. As long as I drew every day, practiced both consistently and mindfully to improve my craft, and remembered to love the process of learning, then it was simply one step at a time.

Thanks for sharing that. So, maybe next you can tell us a bit more about your work?
Primarily I am a storyboard artist working in the animation industry here in LA. Storyboard artists translate a written story into quick drawings that provide a visual blueprint of what the final episode or film will look and feel like. Guided by the Director, we choose all of the shots and camera moves, the staging of the characters in their environments, and their main acting beats! I started as a Storyboard Revisionist at DreamWorks TV in 2019. Now I am a Storyboard Artist working on Madagascar: A Little Wild which is streaming now on Hulu and PeacockTV! In addition, I’m freelancing on an unannounced show at DreamWorks! I really enjoy boarding high-energy action sequences, as well as physical comedy; animation as a medium lends itself well to both! It’s also incredibly fun to board anything that shows a specific relationship between two characters. We have a saying in animation that we are creating “the illusion of life,” and it’s super fun to create the illusion of a real, thinking, and feeling character with just simple drawings! I’m the most proud of the sequences I storyboarded that were just outside of my comfort zone.

That challenge forced me to be creative, problem-solve, and learn and grow through the process! It was also a great opportunity to get feedback from directors as well as my fellow, more-experienced artists on the crew and learn from their perspectives! As far as what I think sets me apart, I am still very early in my career and feel that I am still finding my voice as an artist and visual storyteller. That being said, I believe that my background in music gives me a unique perspective on things! It’s really interesting to me how similar music and filmmaking are, and it makes a lot of sense why: they are both art forms that create an emotional experience in time! Film has rhythm, pacing, and emotional peaks and valleys, just like music does! Both can evoke a certain time or place or emotion in a profound and unspoken way. Whenever I storyboard my sequences at work, I try as hard as I can to create an experience that’s similar to listening to a great piece of music!

My training in music also gave me the soft skills I needed to totally change careers and become a storyboard artist. For both art forms, you have to understand the fundamentals, be able to identify your own strengths and weaknesses and tailor your practice sessions to the areas where you need the most work. You also have to study great artists, think about what specifically makes their work so compelling to you, and incorporate that into your own work. Most of all though, there is the mentality of the “student for life.” There is no final destination in studying any art, whether it is music, drawing, painting, or filmmaking. There is only the journey! Studying music helped me learn to love the process, which has been invaluable to my animation career.

Any advice for finding a mentor or networking in general?
I think the best advice is not to try and “network,” and instead just make meaningful and sincere relationships with people who have similar career passions as you. People can smell from a mile away if you are only being their friend because you want something from them. Just like any other relationship, don’t force it or be fake! One of the things I love most about working in animation is the sense of community with artists in the industry. There is a widely-accepted practice of paying forward the knowledge that was given to you, and artists are often very generous with their time. When I was starting out, professional artists gave me advice that helped me get to where I am and which I still use to this day. I believe it is my duty to pay forward what was gifted to me, so others can have an opportunity to do so too! If there is an artist whose work you really admire, reach out to them and ask if they would be willing to look at your portfolio and give feedback on how you can improve! Be open to their feedback and showcase how well you can accept constructive criticism. Be thankful for their time and offer to give back to them in whatever way you can, even if it’s just a cup of coffee! 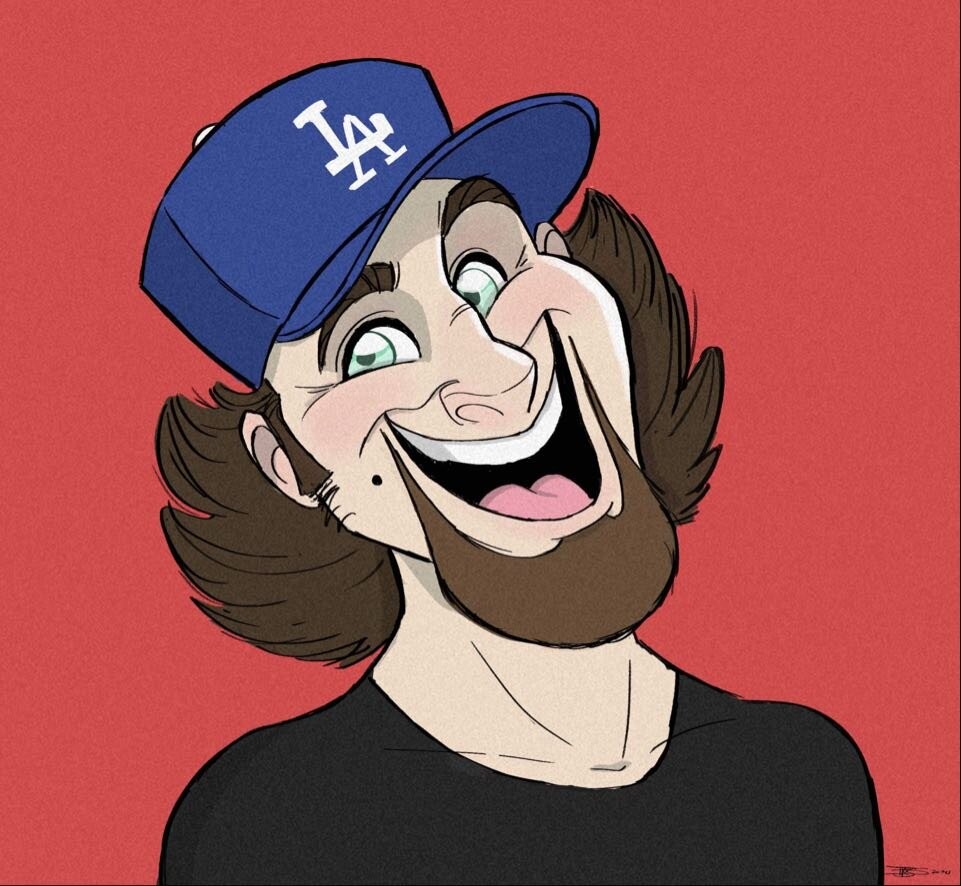 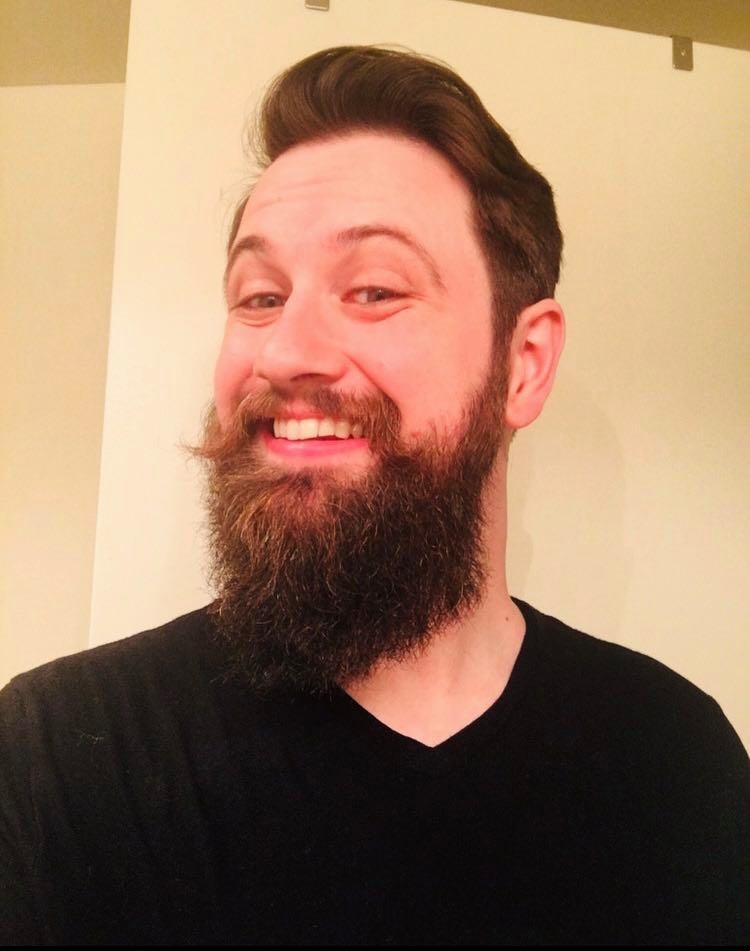 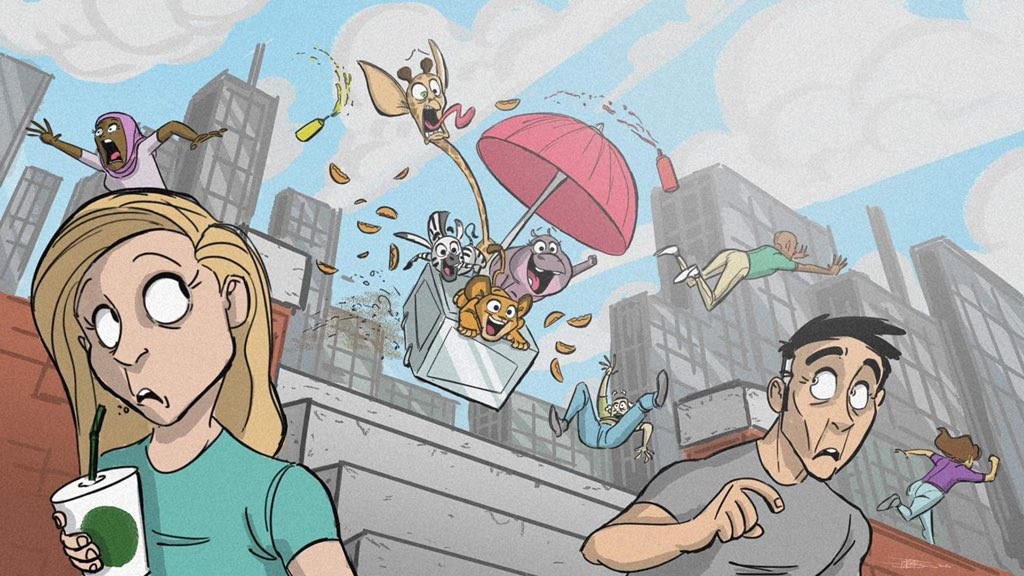 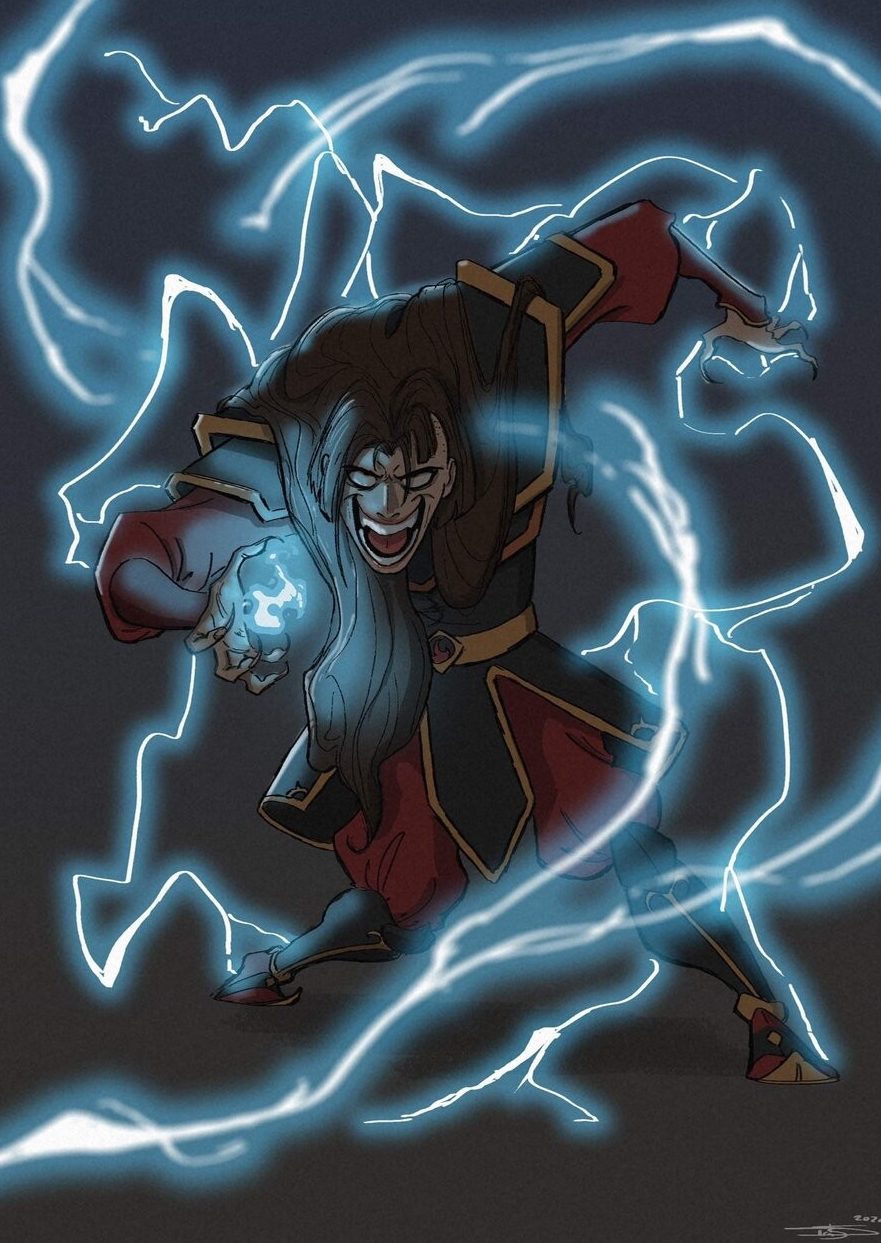 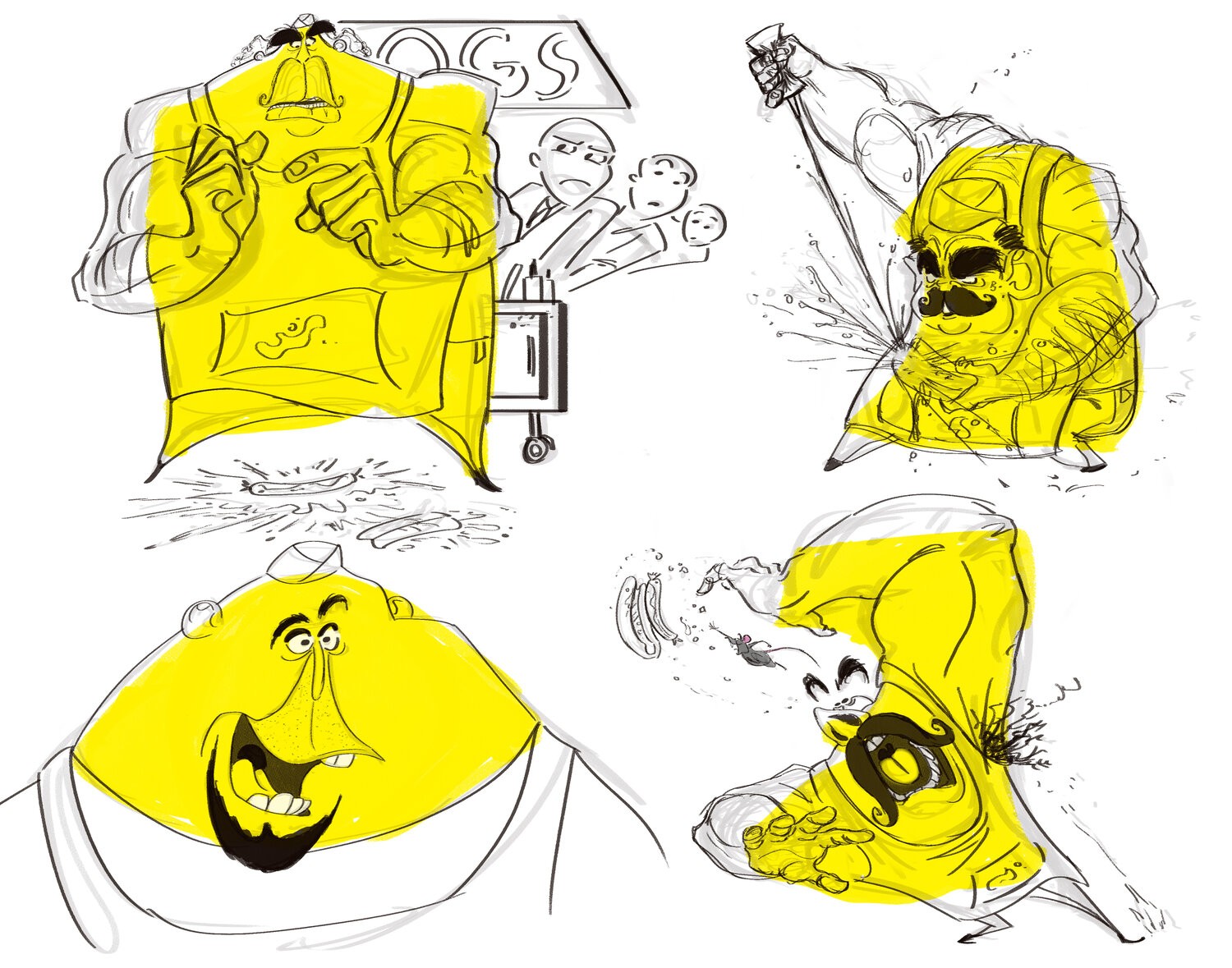 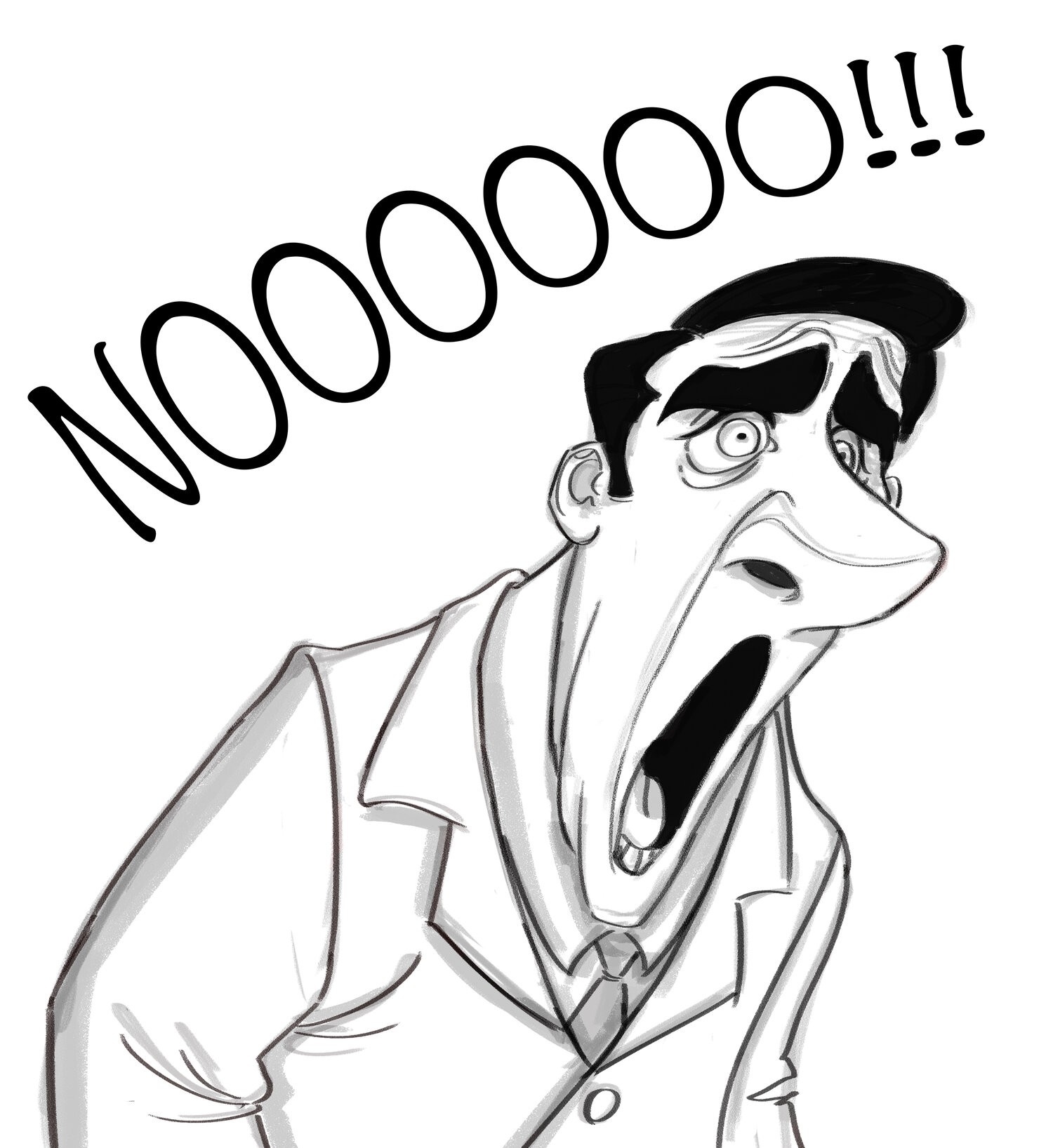 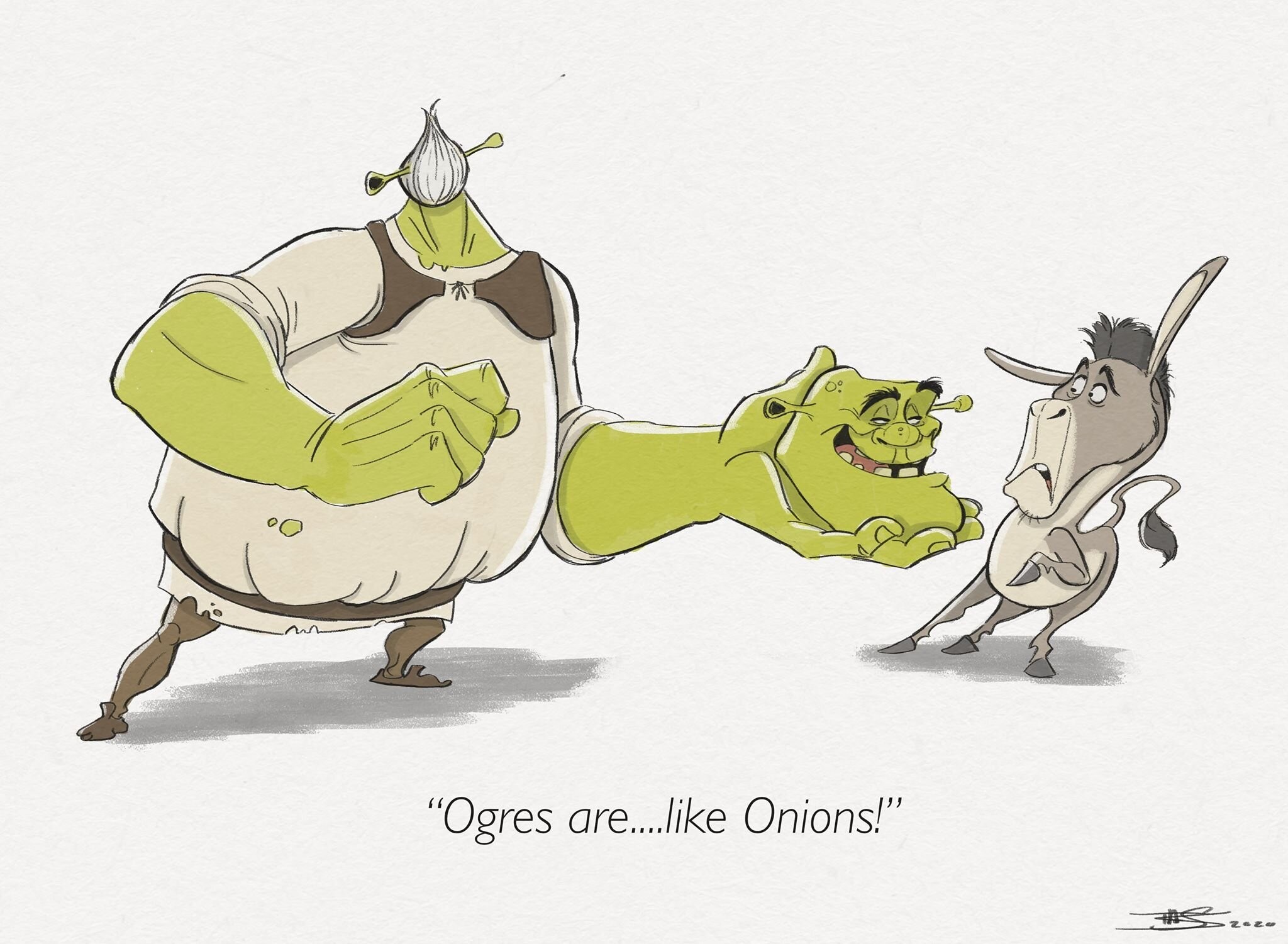