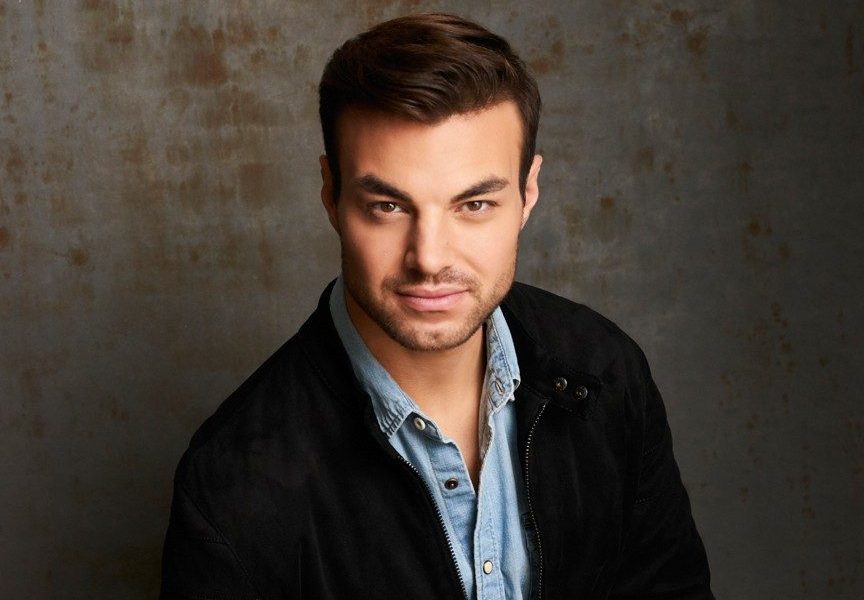 Today we’d like to introduce you to TJ Shaw.

Hi TJ, please kick things off for us with an introduction to yourself and your story.
My journey started out on the east coast where I grew up. I grew up the first half of my life in an apartment in New Jersey and the second half out in the backwoods of Virginia. I played division one football at Virginia Tech in college until my junior year when I sustained a neck injury that ended my playing days. Up until that point, all I knew was football, but I needed an easy class to take while I was recovering from my injury. That class happened to be “Intro to Acting.” I ended up getting the hard class and the hard teacher but fell in love with it. After that class, I picked up film as a minor and signed with a development acting agency in New York City. My senior year of college, I would drive ten hours up to New York City once a month to take acting intensives, get headshots, etc. I knew I was coming out to Los Angeles once I graduated and I wanted to be ready.

In 2015, I graduated college and packed my car up with everything I owned and drove from North Carolina (where my parents live) to Los Angeles. Once out in LA, I went through many struggles of growing up, dealing with having literally no money at times, to having to work many different jobs at once to make ends meet, to even having to get neck surgery from my past injury, and then even having a near death experience of falling 30 feet to the ground off the third story of a house trying to help a friend. I found myself working some acting jobs off and on, like a guest spot on the HBO Show “Ballers,” but the majority of my time I was working as a producer for my friend’s production company I helped him start, but realized I needed to really push myself 100% into focusing on my acting career. Once I did that, I started booking jobs and have worked as part of the core ensemble cast as the character, Scott Anderson, on the show “All American” for the past three seasons. This show has been an amazing job for me being able to have consistent work 4-5 days a week for six months out of the year.

But the best acting experience I have had yet was not even a job. It was when I joined the Slauson Rec Theatre Co. started by Shia Labeouf. I was there from the first day Shia opened the doors at the Slauson Rec. Center to start the company. I was apart of the company for a little over a year and learning and working alongside Shia once a week for six months and then for 3-4 days a week for another six months was unbelievable. This is when I really tapped into the true art of acting and what acting is really all about. What we did that year can never be duplicated and being mentored by Shia and acting with him at times was pure magic. As an actor and a human being, I came into my own during this time. I also started doing private acting sessions with acting coach Shelly Mitchell who changed my life. Between the people I met at the Slauson Theatre and the art we made while I was there, it was an experience of a lifetime. Since I left, I have worked on several different projects such as three short films, more seasons of “All American” and now prepping for my biggest role yet, which is the supporting character in a studio feature film.

We all face challenges, but looking back would you describe it as a relatively smooth road?
My whole life hasn’t been the smoothest of roads at all, to say the least. I grew up in a small apartment in New Jersey, right outside of New York City with a family that was low middle class and at times, we had to live solely off of unemployment. But one of my biggest struggles out in LA, besides trying to pay the rent, has been my health. The lingering neck injury that I had from my college football days made me have major neck fusion surgery, to where I have screws and a metal plate attached to my vertebrae. This surgery and recovery time took me out six months. Then a year later I was trying to help a friend with work and I was climbing up to the third floor of his balcony to get into his house because it was locked and the wooden pegs of the balcony gave out and I fell 30 feet to the ground. By the grace of God and because I passed out on the way down, I didn’t break anything or have any permanent damage done to my body. I only had minor injuries that I had to recover from. My health has given me setbacks but I have made even greater comebacks, to where I am able to play a football player on tv! Life coming full circle for sure.

Can you tell our readers more about what you do and what you think sets you apart from others?
I am an actor in tv and film. I have been an actor for the past five years out in Los Angeles. I have mainly worked in television on tv shows such as “Ballers,” “Young Sheldon,” “13 Reasons Why” but I have done some films as well and have a studio film I am prepping for shooting this spring, where I am the supporting character in it. Film and tv has taken me all over the country and even all over the world where I did a movie in the cold mountains of China! I was apart of the “Slauson Theatre Co” for its first year as an actor and overall creator. This is where I believe I really set myself apart of the crowd. Being mentored by Shia Labeouf for a year and acting and creating alongside him gave me knowledge that can’t be replaced. Shia and the acting coach I found from the “Slauson Rec Theatre Co,” Shelly Mitchell have literally taken my craft to heights I could have never before reached. Through them, I have taped into my truest self and made me the artist I am now.

What matters most to you?
What matters most to me is God. God has literally saved my life way more times than I can count and I am truly grateful to Him for that. My family and my girlfriend are the ones who keep me going everyday. My brother is a director out here in Los Angeles and he is my creative partner. We are constantly creating short films and even now major motion pictures together. My girlfriend though is the one who constantly inspires me. The art she creates as a professional dancer and how she lives her life has me constantly in awe. She brings the best out of me more than anyone else. Her being in this industry and being a creative is so helpful as well with my career. We are able to constantly push each other in not only our lives but in our art as well. The art I make and put out into this world is what I want to be remembered as. Art is what gives me breath. Creating is always a constant in my brain and I want to use my art to make people feel. Whatever that emotion is, I want people to feel it. Growing up, with my upbringing and being a football player emotions were not welcome and through acting, I have not only found my purpose but tap into my emotions and that’s what I want for other people when they see my work. 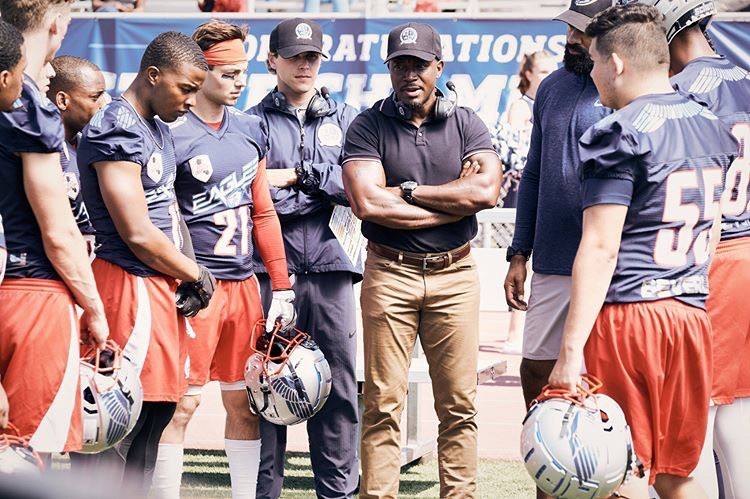 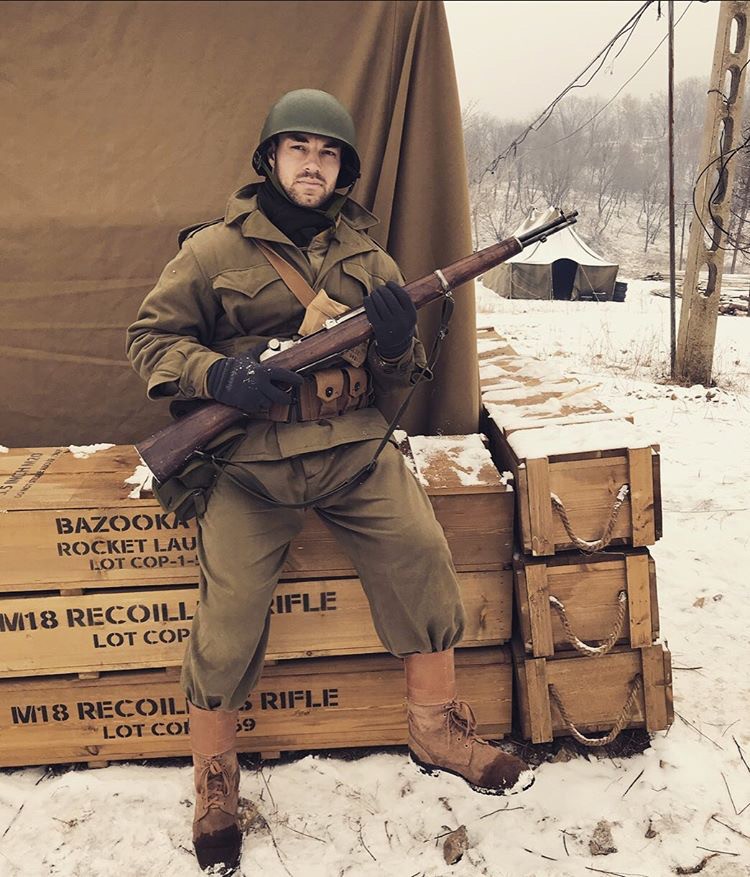 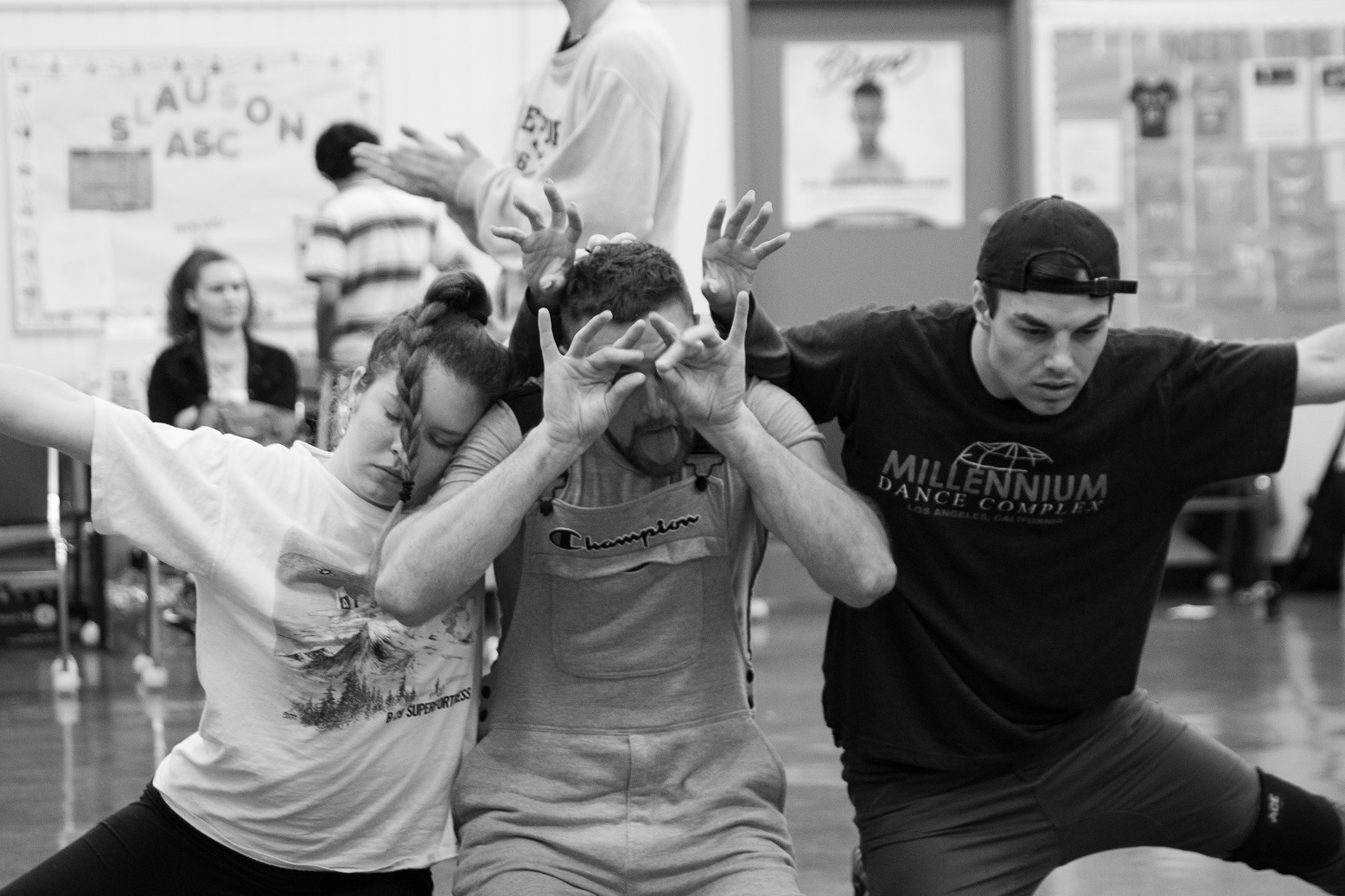 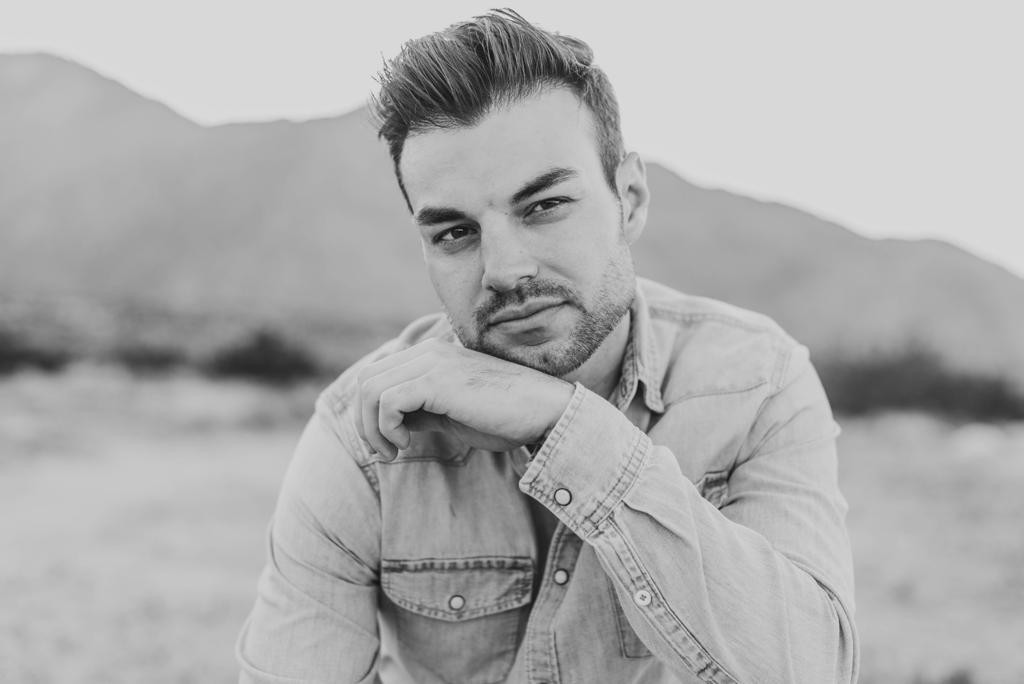 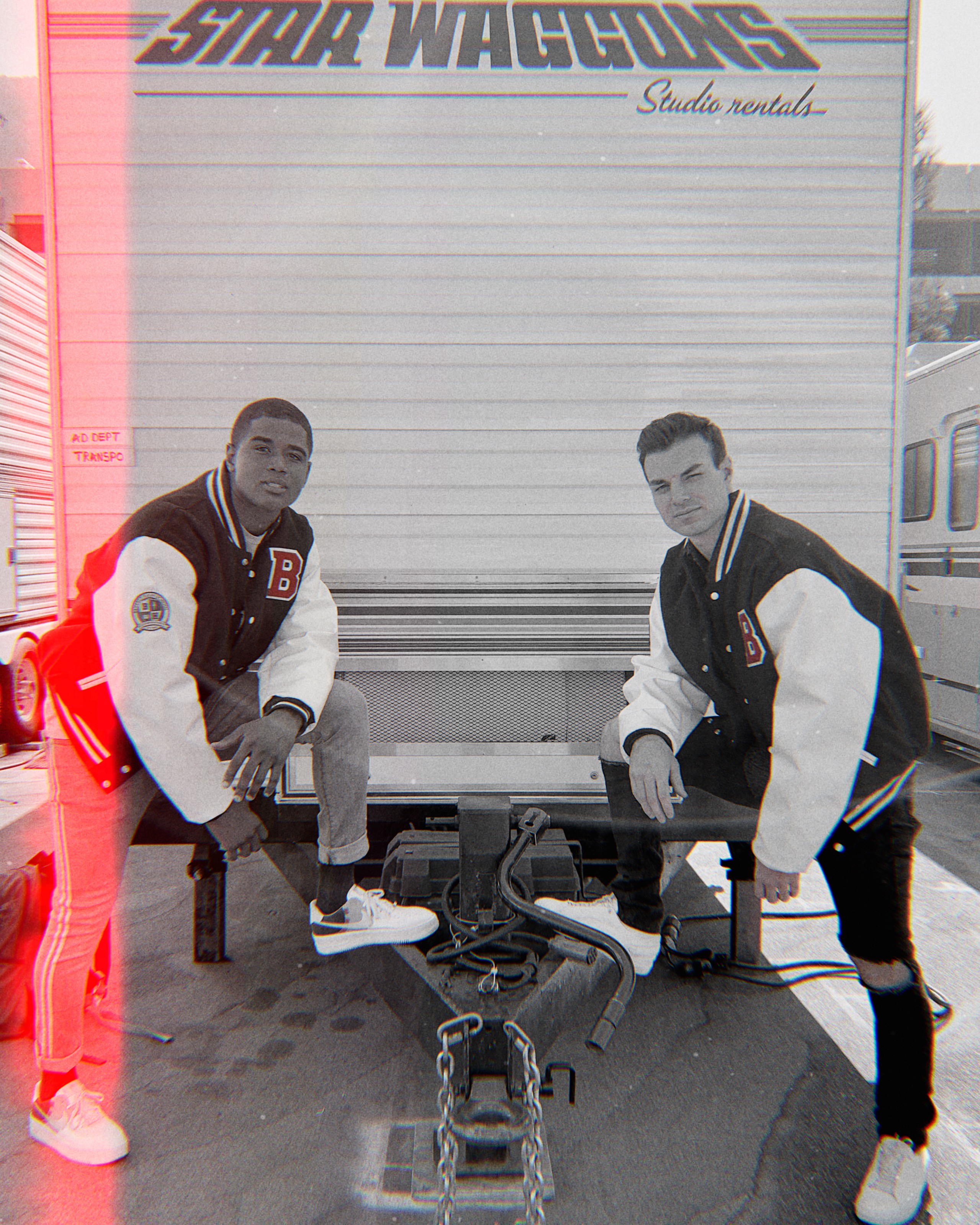