Life and Work with Susannah Craft 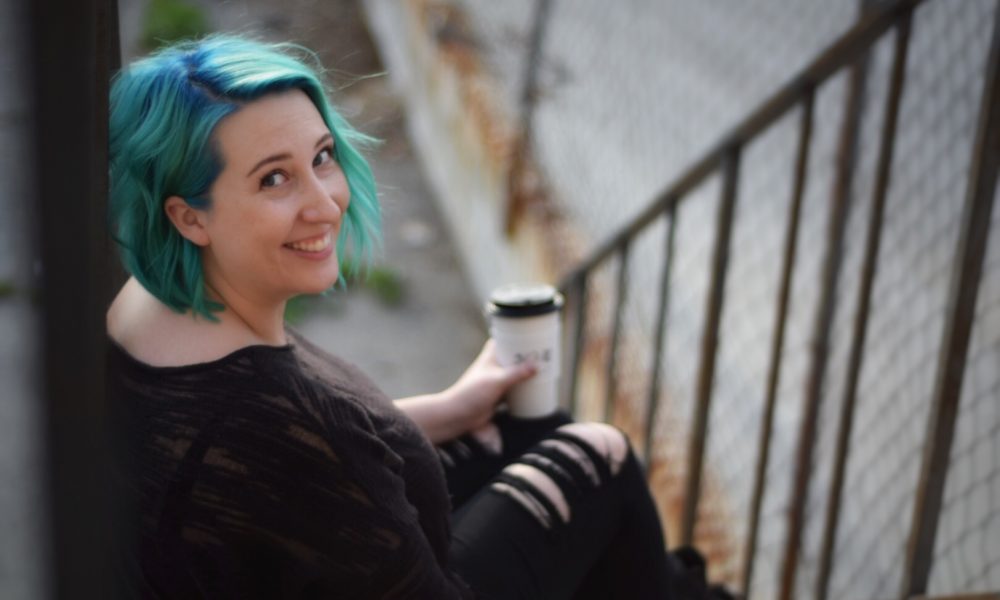 Today we’d like to introduce you to Susannah Craft.

Susannah, can you briefly walk us through your story – how you started and how you got to where you are today.
I actually fell into hairstyling by accident! I graduated from college in 2008 when there were no jobs to be found, and I had no idea what I wanted to do with my life. I briefly worked in food service to get some experience for culinary school, but I quickly learned that the kitchen life wasn’t for me! I looked for any job I could find to get out of food service, and I was hired as a receptionist at La Bella Hair Studio in Richmond, Virginia.

Pretty quickly, I knew that doing hair was something I’d be interested in: I would sit up front all day turned around to watch the stylists doing their thing. Not only did I think it looked fun, but I could also see myself doing it. After about seven months at the salon, I began an apprenticeship under the owner, Jessica Menz, and she taught me everything I needed to know behind the chair while I continued to be the receptionist. Instead of going into debt attending cosmetology school, I came out of my apprenticeship with a paycheck, a clientele, and a solid understanding of what salon life is like.

Previously, I was on a constant search for what “my career” would be; once I found hairstyling, I never again questioned that the beauty industry was for me.

We’re always bombarded by how great it is to pursue your passion, etc. – but we’ve spoken with enough people to know that it’s not always easy. Overall, would you say things have been easy for you?
The biggest challenge I’ve had in my career was moving to Los Angeles. Hairstyling is one of those jobs that you can take anywhere, but when you do, you have to build a new clientele; you’re essentially starting over from scratch.

Even more intimidating than my relative skill level to salons in Los Angeles was the idea that I wouldn’t find the same team-based environment I’d been a part of in Virginia. We bounced ideas off of each other, encouraged each other, taught each other… and I was nervous that it would be “every man for himself” out in Los Angeles.

Fortunately, I found an incredibly solid and supportive salon home at The Local Salon in North Hollywood, and in the 16 months that I’ve been there, my skills have grown exponentially. This is partially due to my own thirst for learning, but I attribute most of my growth to the incredible family there. It’s been the best move I could have made professionally, and I’ve found some of my closest friendships among that team!

So, as you know, we’re impressed with Craft Hair at The Local Salon – tell our readers more, for example, what you’re most proud of as a company and what sets you apart from others.
I specialize in what I like to call “real life hair.” Social media tends to give us unrealistic ideas about what’s possible, and hair that looks incredible in a photo doesn’t necessarily look incredible in every-day life — or it can, but it requires a lot of time to make it look that way.

My top priority is that my clients are happy with their hair on a daily basis, not just when they leave the salon, and that means going a little more in-depth to find out what kind of daily routines are in place regarding washing, styling, etc. Most people don’t want to spend more than 10-20 minutes on their hair, so if they’re asking for a cut that’s going to require 30-45 minutes of styling, we’re going to have a conversation about that and maybe find something in the middle that addresses the change that they want without creating a stupid amount of extra work in the morning.

“Real life hair” applies to color, too. My heart lies in highlighting, and the health of my client’s hair is more important to me than reaching the ultimate goal as fast as possible. We can spend 10 hours and $900 on your hair today, but there won’t be much of it left when we’re done. Social media has created incredibly unrealistic ideas of what’s possible in color, and I think the thing that a lot of clients forget is that hair has limits. When it comes to highlighting, more often than not, stylists are limited by what the hair is capable of, not what the stylist is capable of — and so I like to give a little bit of hair education during consultations. If someone with black hair walks in and wants platinum, the answer is not going to be yes, it’s going to be, “Okay, let’s talk about what this process is going to look like for you.”

Were there people and/or experiences you had in your childhood that you feel laid the foundation for your success?
I come from a family of hard workers, and it’s as simple as that. I used to think I wasn’t a hard worker; I didn’t have the work ethic in high school or college that I think my parents would have liked to see. But once I made the choice to be a hairstylist and I was following a dream of my own, I realized that there’s no limit to the amount of work I’m willing to put in for something I’m truly passionate about. And I definitely get that from my parents.

I also was raised to trust myself and my instincts. My parents raised four independent, intelligent women (of which I’m the youngest), and rather than pushing their own desires for us, they’ve always been incredibly supportive of our own paths to happiness and our own instincts about our lives. Given the “uneducated” stigma surrounding hairstylists, since so many become stylists right out of high school, I’m sure it threw my parents for a loop when I chose, after graduating with a B.A. in Philosophy & Religion from university, to begin a career like hairstyling. But they were my biggest supporters and the first clients in my chair. 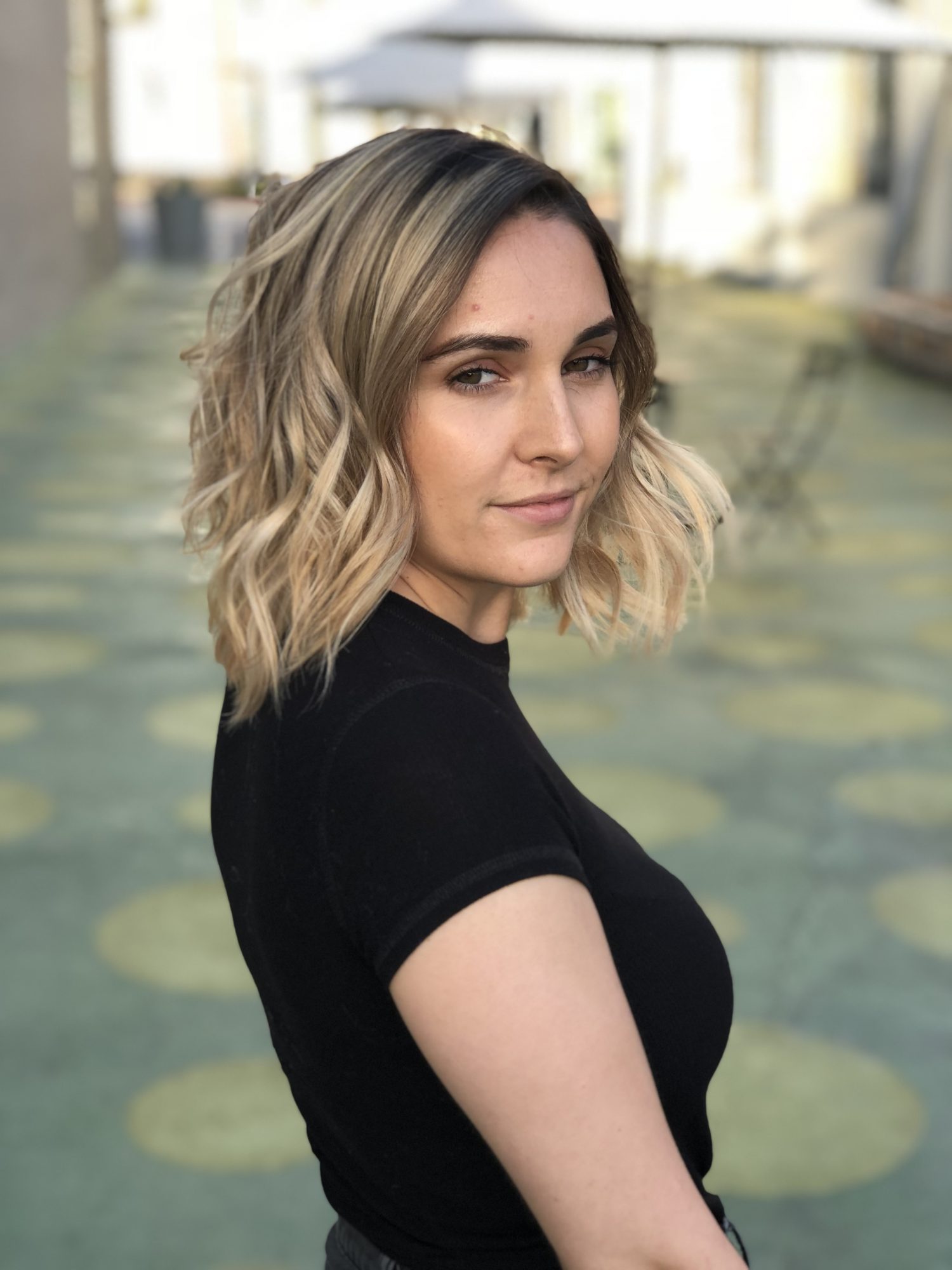 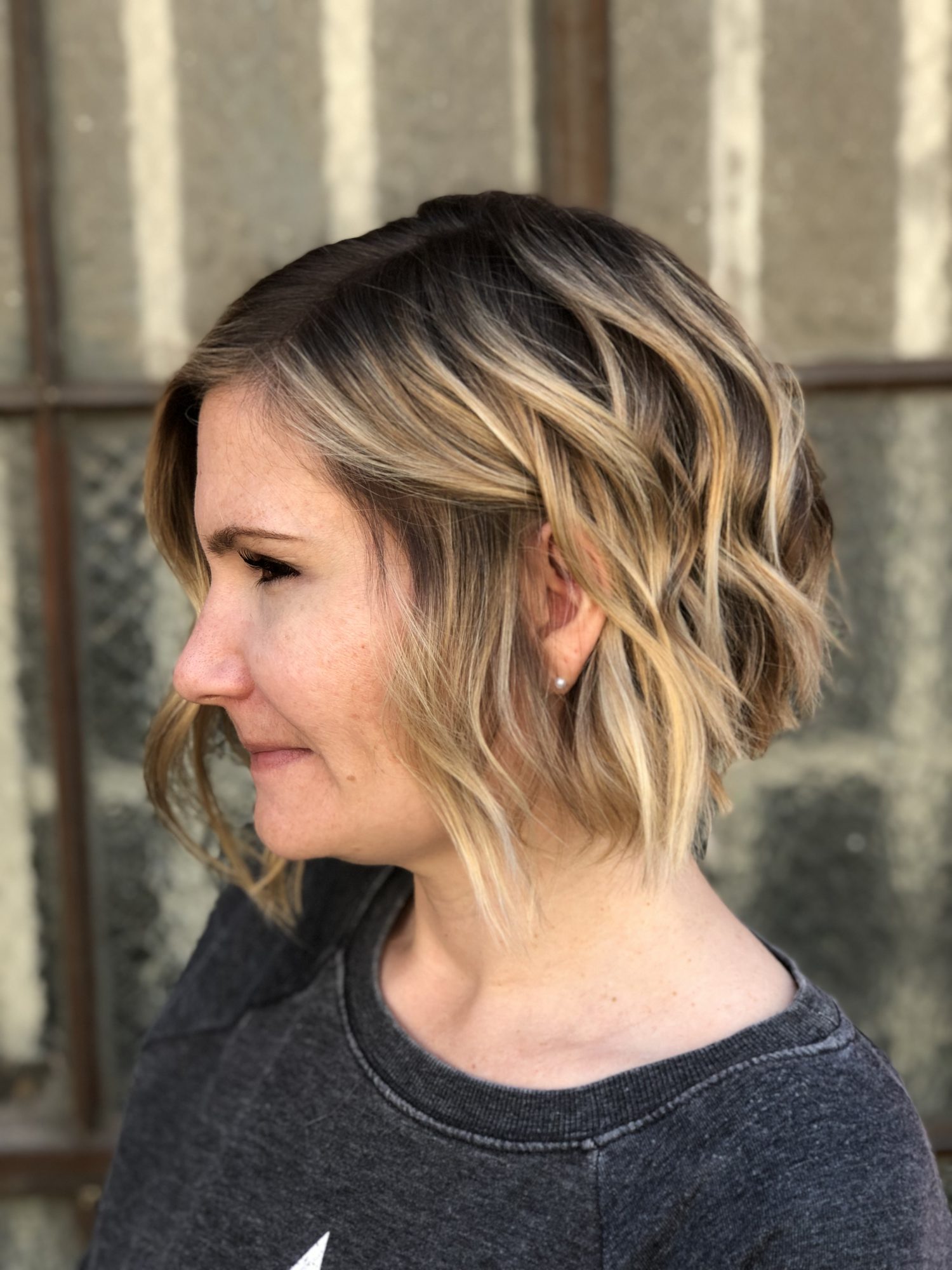 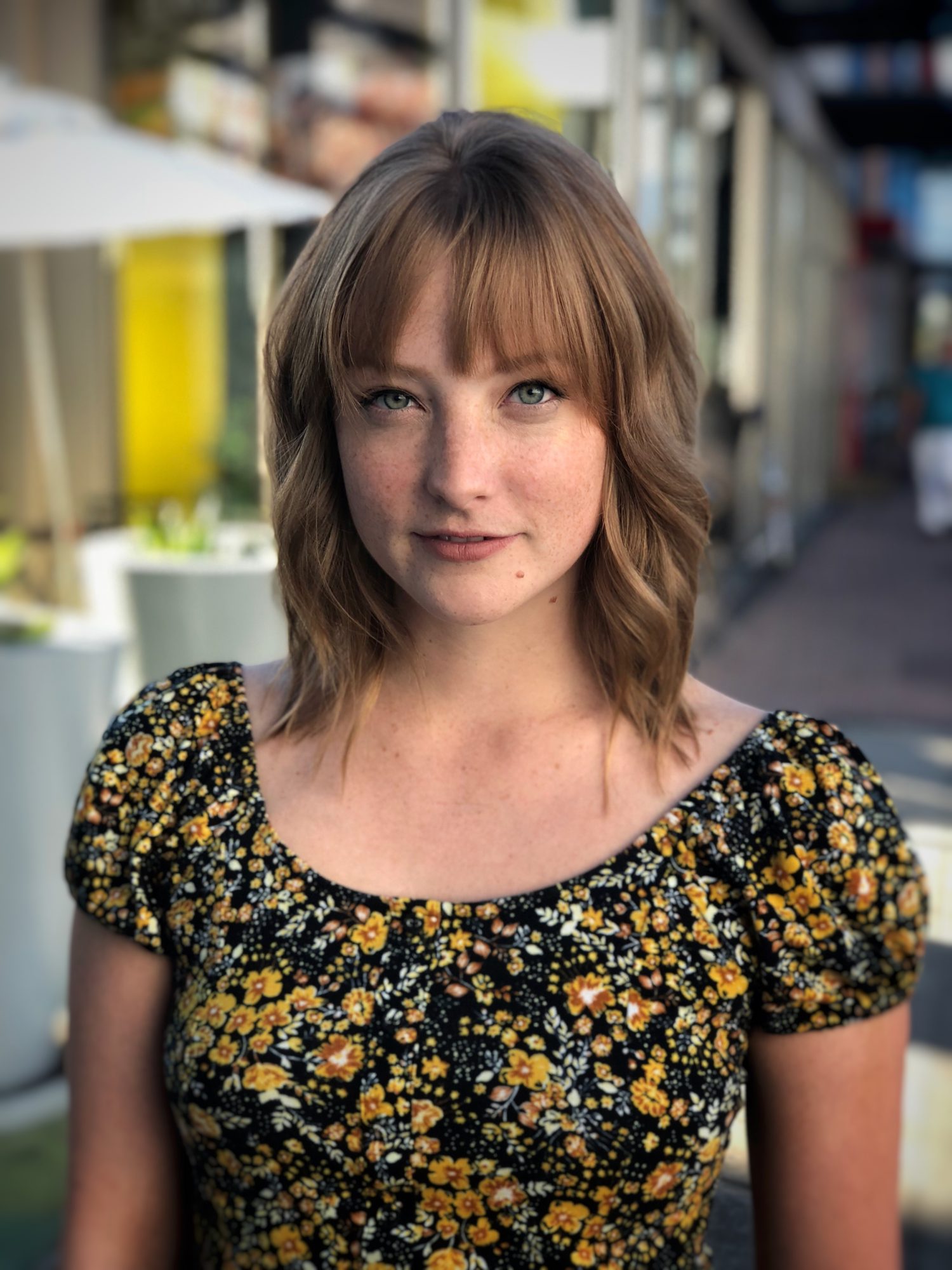 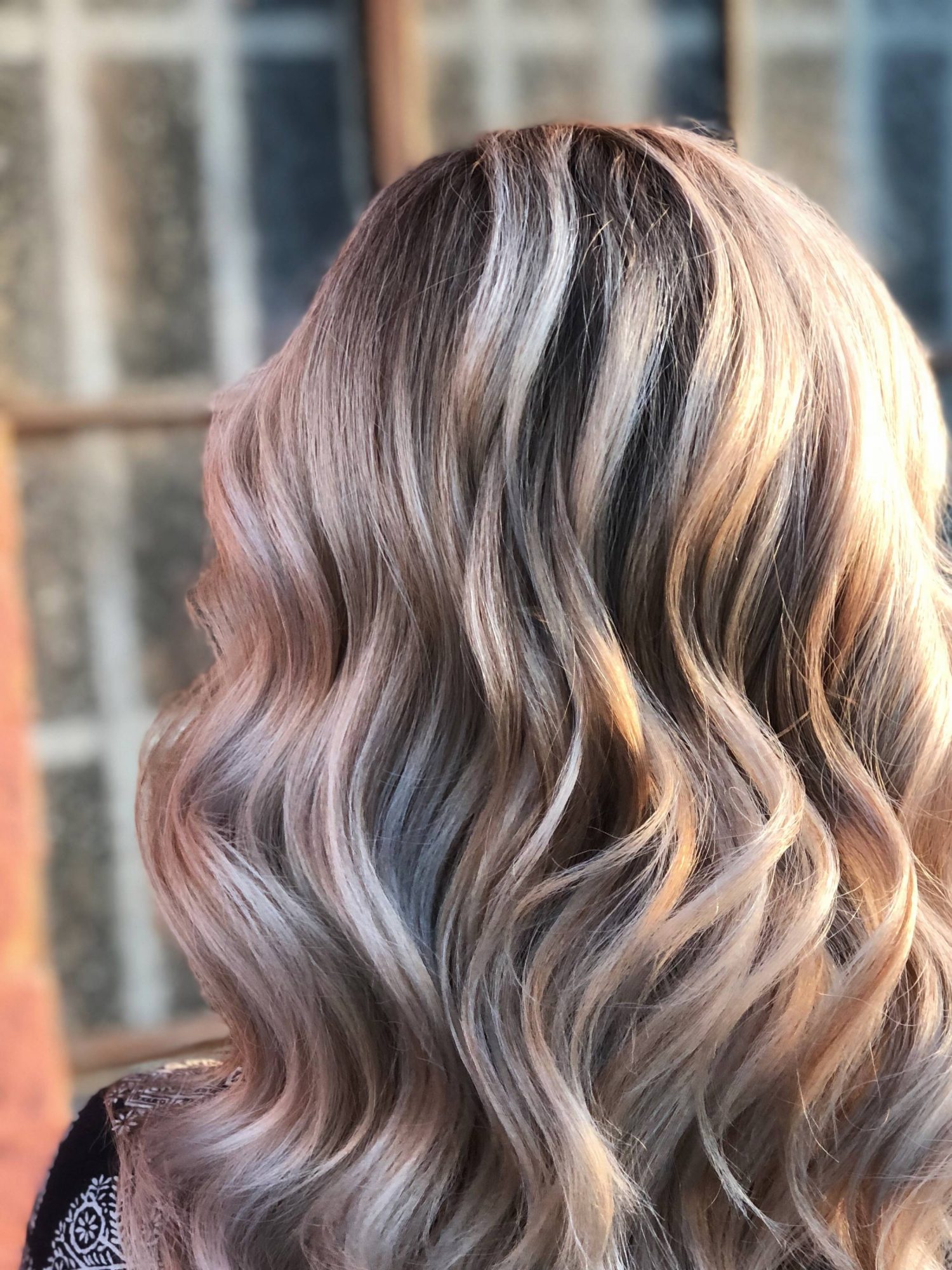 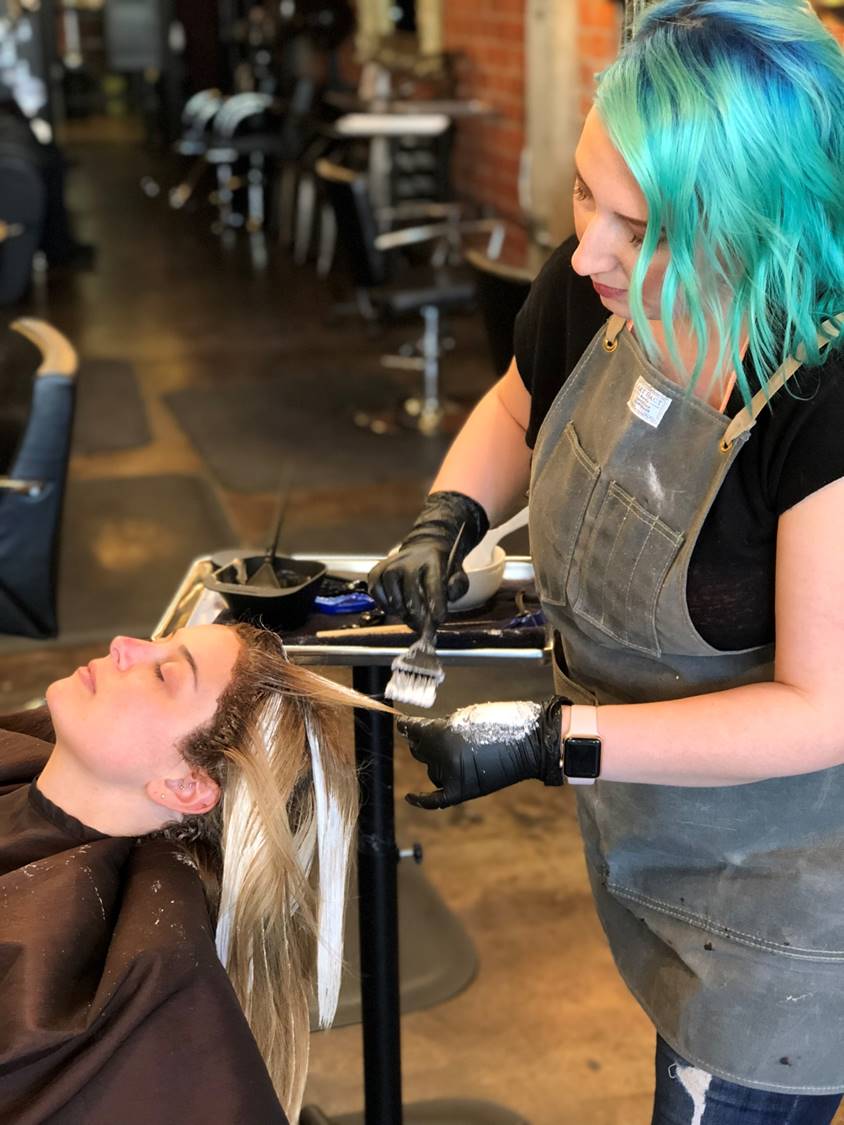 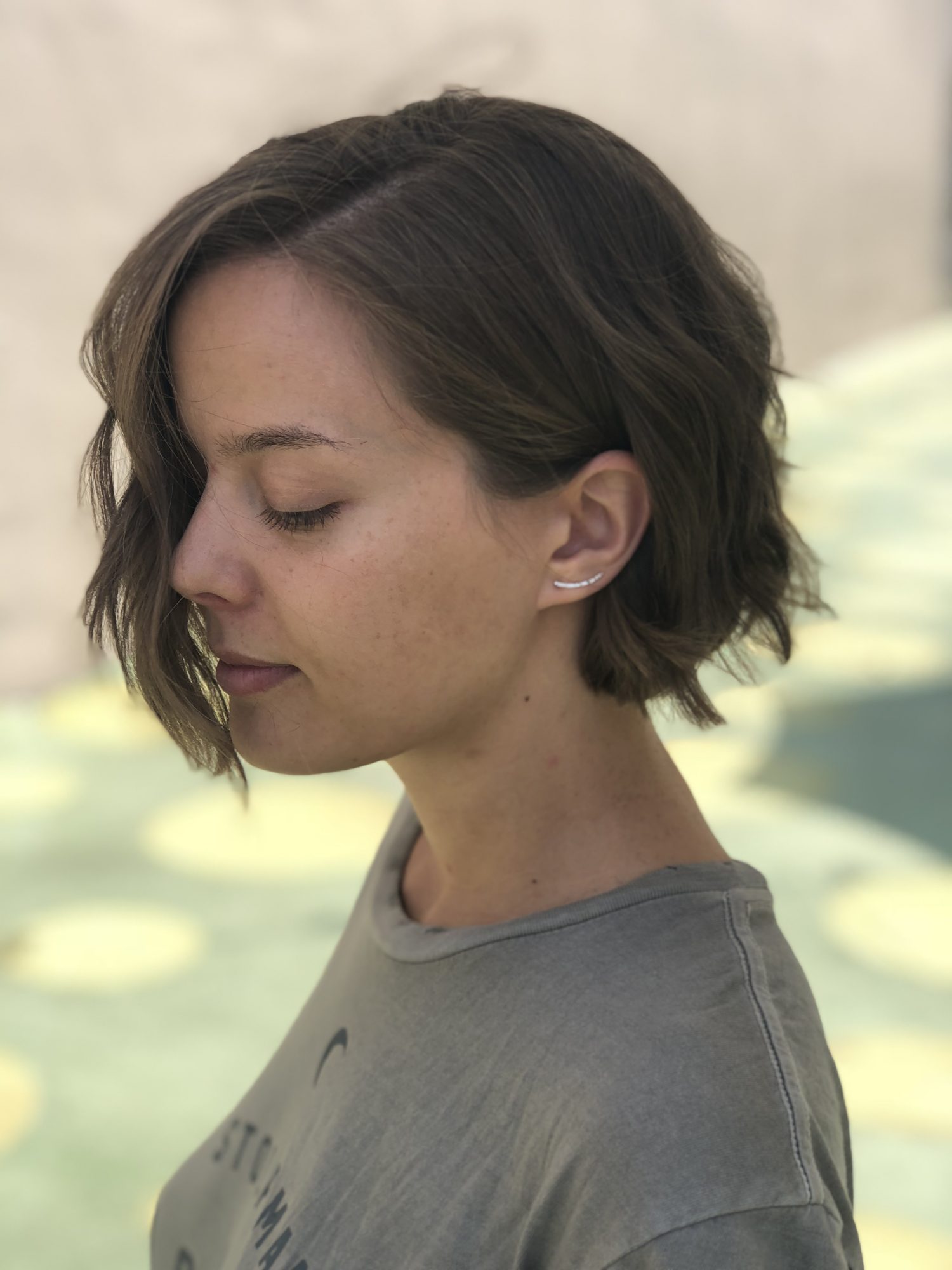