Life and Work with Sarah Landauer and Alston Novak 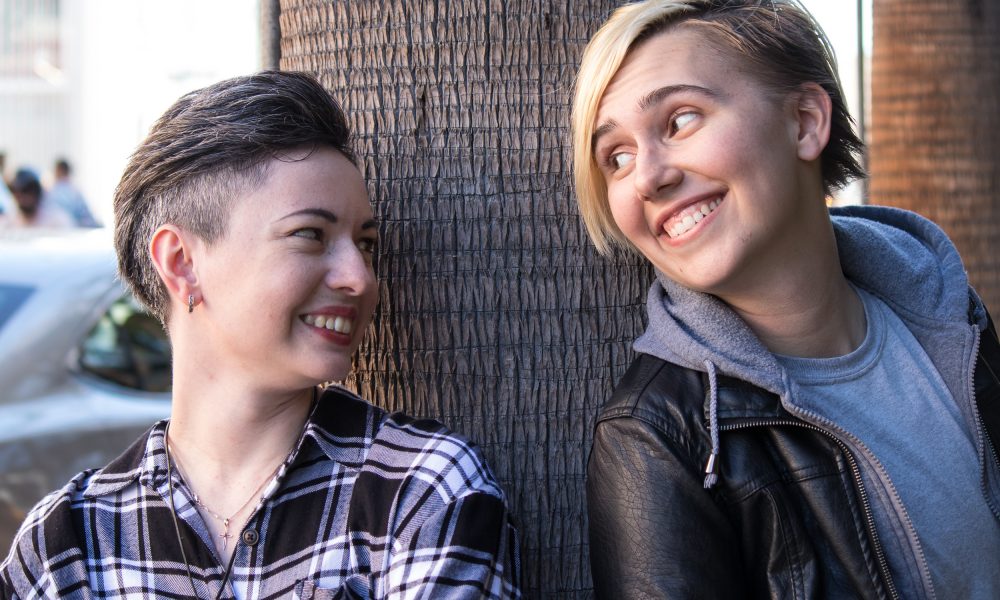 Today we’d like to introduce you to Sarah Landauer and Alston Novak.

Sarah had the original idea for what would eventually become the epic we now call GLITCH. In its first draft, the script was meant to be for an animated short film. Alston read it and was a Big Fan. At the same time, Sarah found Alston’s art and was, mutually, a Big Fan. After some fangirling, we decided to collaborate and turn the story into a one-shot comic. After a few emails, Alston asked too many questions about the world and Sarah replied with too many new characters and plots, so we scrapped the idea and began work on an ongoing, 10+ volume series instead.

That was two years ago. Since then, we’ve been hard at work hammering out the story, characters, and world of GLITCH, which has transformed into an epic post-apocalyptic solarpunk adventure for all ages. Now, GLITCH takes place in the desolate Wasteland, following a teenage scavenger, Ari, as she faces roving gangs and bandits, such as the Cactus Clan, the Deathstalkers, and the enigmatic Night Rider while she uncovers the mysteries of the Old World.

It’s already been an amazing journey, and working together has been a dream! We have an incredibly collaborative approach to GLITCH, and we can’t wait to see where this partnership takes us. We’re finally gearing up to debut our comic this fall at LA Comic Con, where we’ll unveil GLITCH in a brand new digital comic format. We’re excited to share our wacky passion project with an audience for the first time ever!

We’re always bombarded by how great it is to pursue your passion, etc. – but we’ve spoken with enough people to know that it’s not always easy. Overall, would you say things have been easy for you?
Creatively, things have been super smooth! Business-wise, it’s been a huge learning curve. We set out to become our own publisher, and it turned out to be much more complicated than we initially expected. If you want to strike out on your own and become a professional creative, we highly recommend taking at least one (1) business class. It’s the most underrated skill set you can have in this industry.

As two creative people who did NOT take any business classes, we had a hard time wrangling our wild imaginations into a manageable business plan. To be honest, we’re still kind of winging things, even floundering at times, but we haven’t given up and now everything is coming together and we can see all our hard work paying off. The most important lesson we’ve learned from this is to be flexible and change our game plan when opportunities or obstacles arise.

We’re still just getting started and brand new to all of this, but for what it’s worth, it’s invaluable to not only speak with very established professionals in your industry but also (and probably more importantly) to speak to those who are near the same stage as you. The person who’s already at the top of Everest is a fantastic goal, but the person a mile ahead of you is a much better resource for the next leg of your journey.

And we know writers and artists hear this aaaaall the time, BUT it’s so so SO important to create what you love, not what you think you should write because of trends in the industry. Don’t wait for someone to give you permission. Don’t wait for your perfectionism to step aside. Just start doing. The rest will fall into place.

If you do what you love, you will attract the right people in business, and your work will find the audience who really needs it. It may take a while to find your group and niche, but you’ll be much happier in the long run. It’s like a relationship. You can lie and get a boyfriend or a girlfriend or whatever in a week, but you likely won’t want to be around them in six months.

So, as you know, we’re impressed with Wasteland Comics – tell our readers more, for example, what you’re most proud of and what sets you apart from others.
It may seem ironic coming from a pair of folks writing a post-apocalyptic comic, but we’re all about the positivity. GLITCH is fun and zany and shows a much more optimistic vision of the future than one would expect from anything labeled “post-apocalyptic,” but it also covers some dark topics and the Wasteland is filled with dangers of all kinds. We’re telling a story that’s family-friendly while also tackling very real threats like climate change and featuring awesome and sustainable future technology. We’re telling a story that highlights and celebrates people of all walks of life – people of color, from across the gender spectrum, of various abilities, etc. Our characters are a truly collaborative effort. Sarah insists that she meets them rather than creates them, and with Alston’s help, we both are able to get to know them.

It’s hard to really put into words what sets us and GLITCH apart from others, but we know it shows in what we create. It shows in our characters because they’re not just characters. They’re real people with real hopes and dreams and fears.

Do you think there are structural or other barriers impeding the emergence of more female leaders?
It’s not a secret that the comics industry is super male-dominated at every level: Most industry professionals are men; most comic shops are run by men; most readers are assumed to be men; most characters are men; most genres, plots, and series assume a male audience – the list goes on. Honestly, it’s much better than it used to be! The industry IS getting better and more diverse, but unfortunately, a machine that big moves glacially slow.

Fortunately, with the internet and with renewed interest in comics, the indie and webcomic markets are making up for the lack of mainstream diversity. The barrier of entry is much lower and the community works really hard to embrace and encourage new creators of all backgrounds. It may not be perfect, but it’s a start! And the wonderful effect of the burgeoning indie market is it shows mainstream comic publishers that there is an audience and a demand for these types of stories. So hopefully, it’s only a matter of time until these barriers come down. 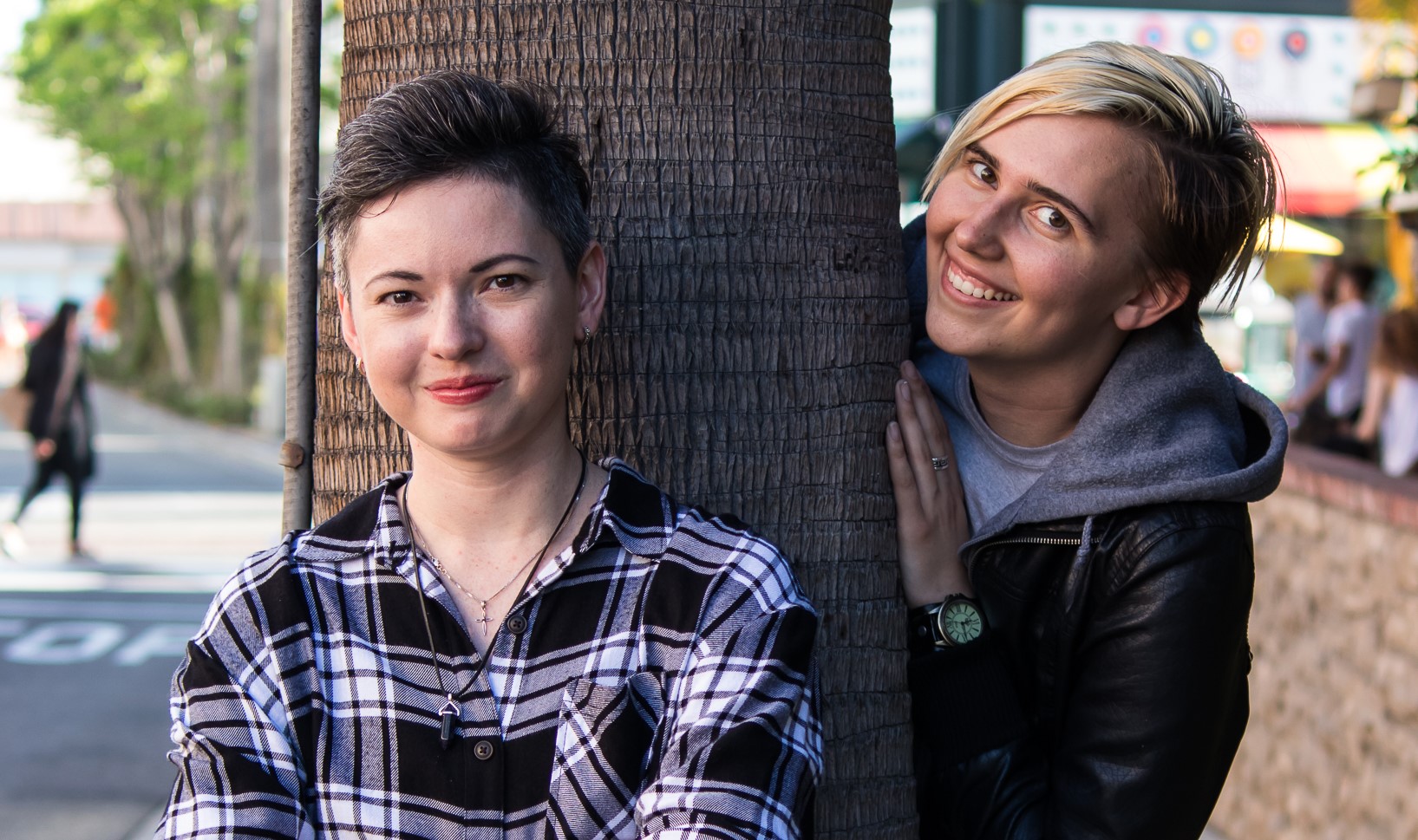 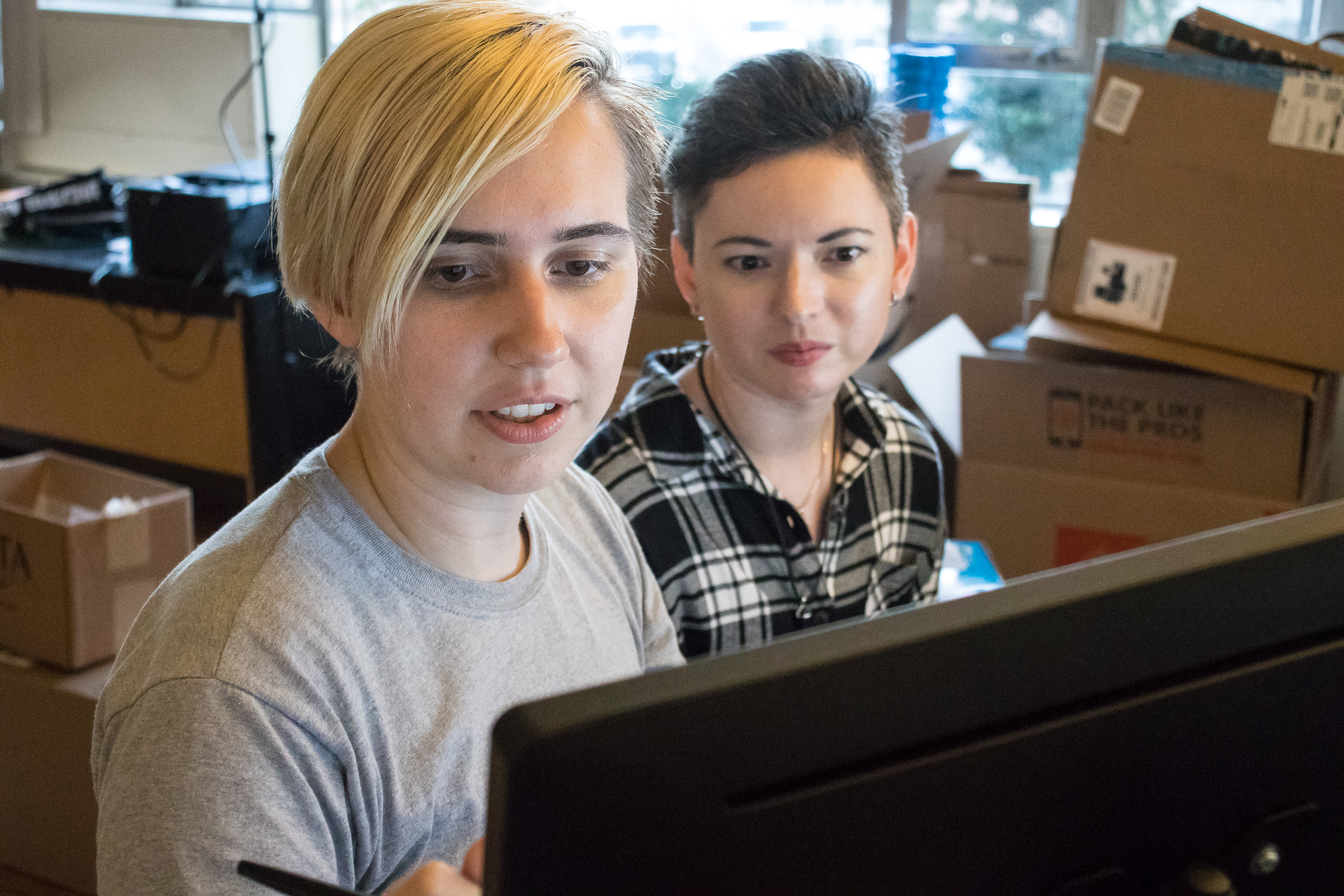 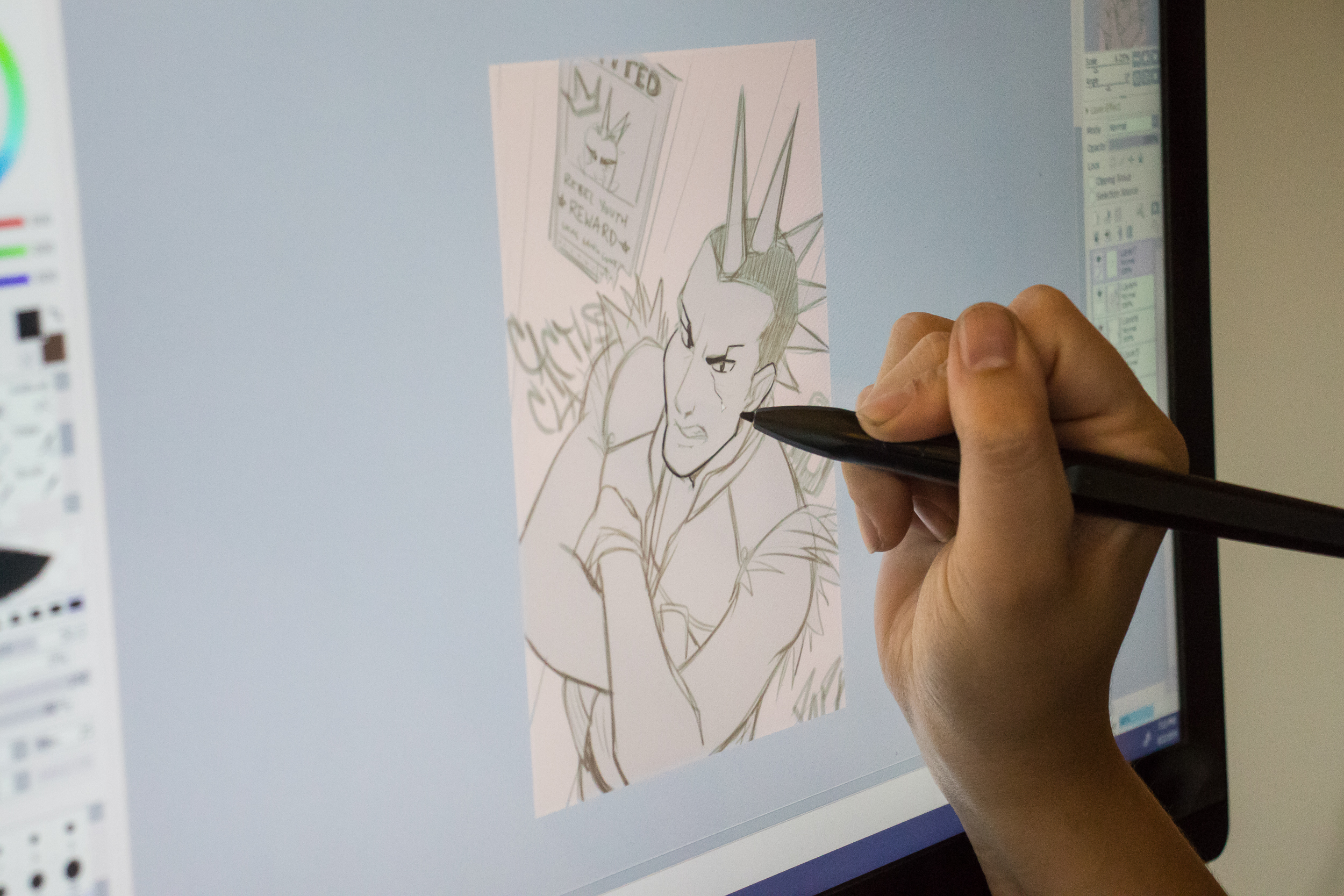 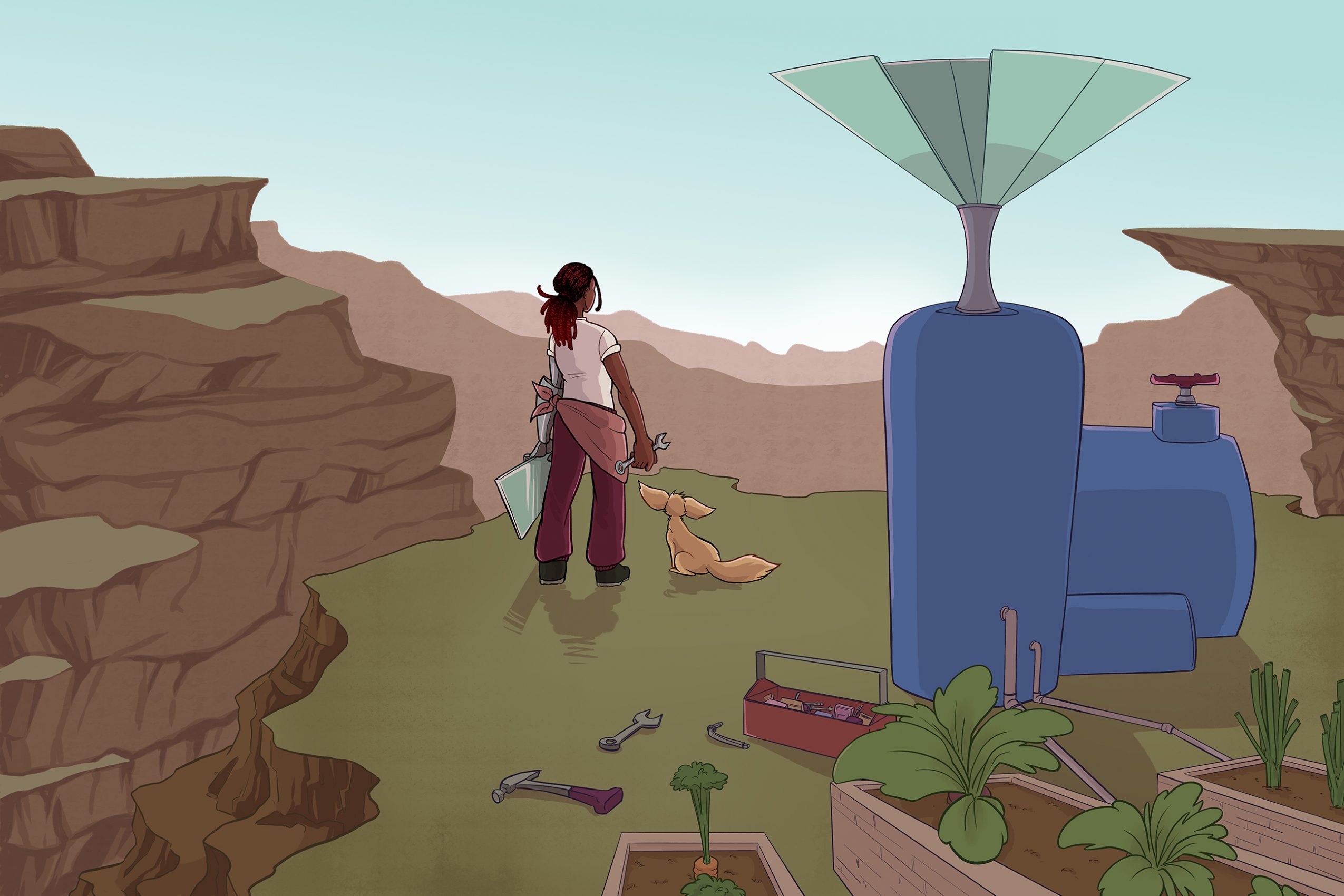 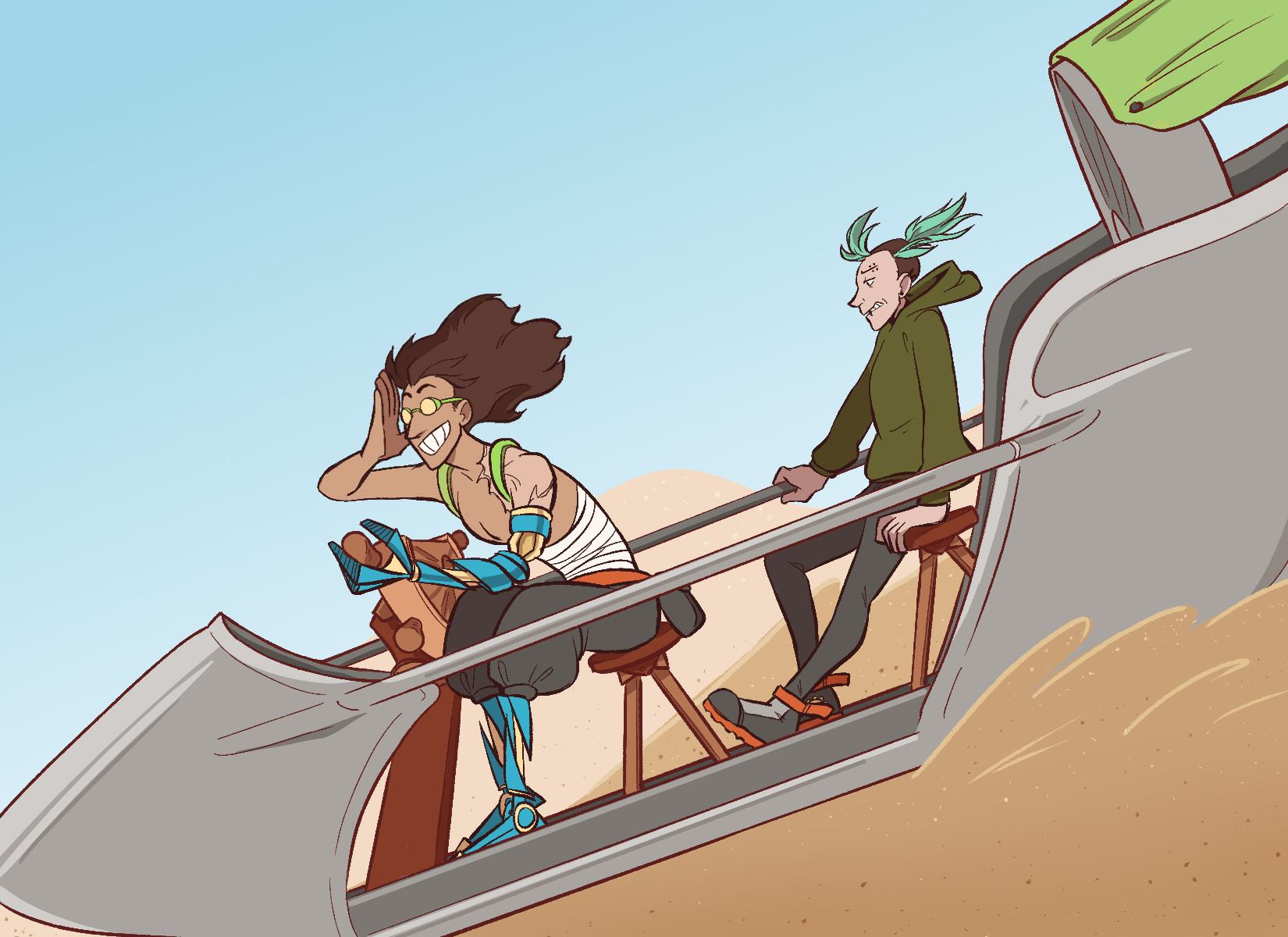 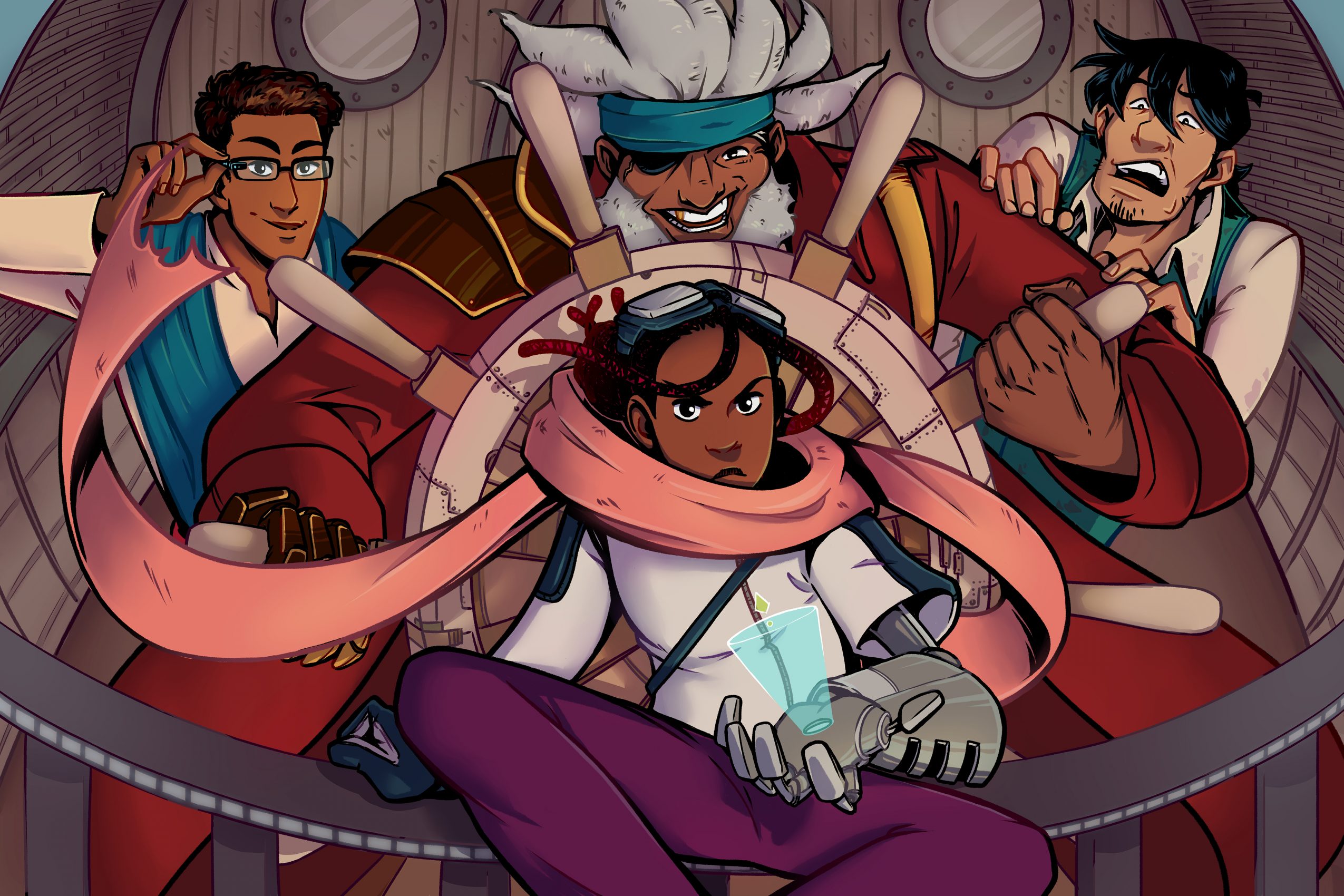