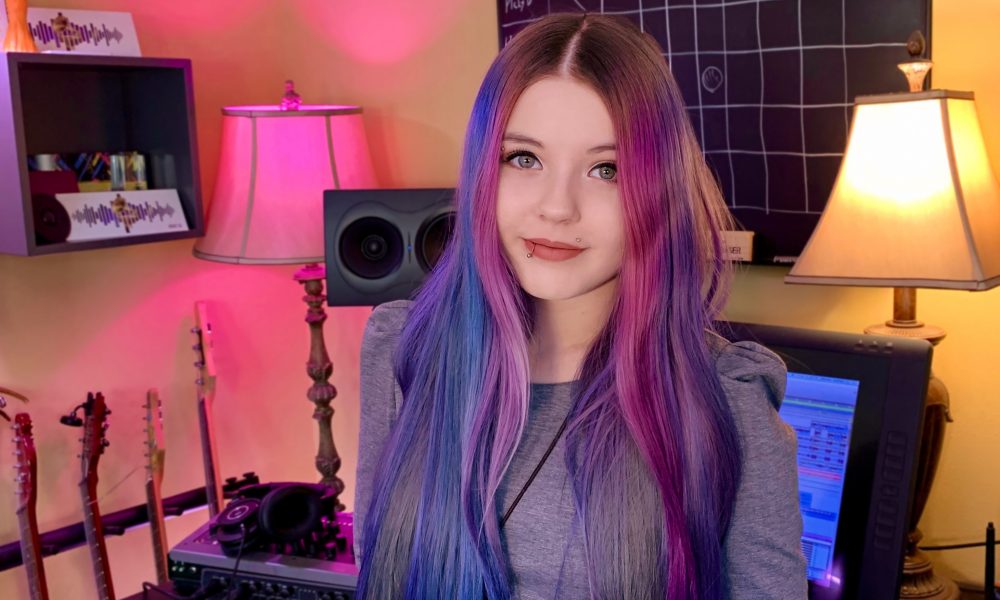 Today we’d like to introduce you to Roxana Line.

Hi Roxana, we’d love for you to start by introducing yourself.
I come from a small town in the middle of a faraway land that is known for its harsh winters, grey sky and seemingly always gloomy people. A shy antisocial kid growing up in a place like that would have hard time finding light and happiness in a day to day life. Luckily for me, I had a friend – music. We always had great music playing at our house, from Mozart and Evard Grieg to ABBA and Queen. At the same time, I was discovering and falling in love with Alan Menken’s work he did for Disney’s musicals such as Beauty and the Beast, The Little Mermaid and Aladdin.

I knew early on that I wanted music to be my career, but my family couldn’t afford the expensive music lessons, so I only got to attend piano lessons for a couple of years. I had this massive desire to write my own music but only got to learn how to play a few basic children’s songs at the time, with no hope for help from anyone around. So, I devoted every bit of my time to listening to music and trying to figure out how it worked and how it made me feel all the things that it did.

Looking back, it would’ve probably been easier if I could find a good book on music theory or look up some tutorials, but the reality of small Russian towns in early 2000s was that there wasn’t good access to specialized literature of this sort or, really, even the internet in general. Either way, I am really glad that I forced myself to figure it all out on my own. I might have missed out on the ability to sight read, but I trained my ears and fingers to guide me to exactly what I am hearing in my head. Whether it’s a fast guitar solo, an odd time drum fill or an orchestral passage, if I can feel it in my heart and hear it in my head, I can make that same sound come out of the speakers.

I fronted several bands through my high school and college years. I never really co-wrote any of my songs, I would just bring sheet music to our band practices and show each band member how their part fit into the song. I was fortunate to have talented friends who played all of my music with me often touring on a regional level, participating in talent competitions and performing live on a local radio.

A lot has changed since I first realized that I wanted music to be my career – in place of the grey Russian sky, I now enjoy the bright LA skyline, instead of worrying about who could help me with my dream I help other young artists reach their goals and I never stop writing my own songs. In fact, right now I am in the middle of writing a really exciting musical full of magic, historical references and possibly some of my favorite musical storytelling I’ve yet to engage in.

Would you say it’s been a smooth road, and if not what are some of the biggest challenges you’ve faced along the way?
One of the biggest challenges that really affected my self-esteem for a while was that almost nobody ever thinks that I do in fact write all of my own music, sometimes it even goes to the extreme of people assuming that the only contribution I could possibly have to my songs is my vocals. It was certainly a much bigger problem in Russia, where after shows audience members would often try talking to my male bandmates to express how much they enjoyed “their” songs, but even after living in LA for the past two and a half years, I still run into people who find it hard to believe that a girl can write a mean guitar solo, let alone compose a whole musical or an emo-rock-opera (and yes, that’s really a thing)… I am much better at explaining what I do now, and I try not to let situations like this get to me too much. Another challenge that I constantly face is the sheer amount of hats I make myself wear on my projects. Part of it is, of course, just budgetary, I am still at the beginning of my professional path, relatively speaking, and don’t have the luxury of being able to hire a large team to help me with my work. But another part of it is that I enjoy every bit of the creative process and I get so excited about learning new skills if a project requires them. Playwriting, art directing, prop building, composing score and writing songs, all of this is just so exciting for me! I also just started taking digital art lessons so I can storyboard my musicals more efficiently.

Lastly, I just want to say that my mind is a pretty odd creature, it’s capable of creating complex worlds with layers and fine details and learning seven foreign languages, but often too freaked out to let me answer a basic phone call.

Thanks for sharing that. So, maybe next you can tell us a bit more about your work?
I specialize in telling stories through music, creating magical worlds and populating them with extraordinary beings each with a life of their own. In general, the way I write music is a pretty odd and a somewhat instantaneous process. If it’s a song, music doesn’t come to me without lyrics and lyrics don’t write themselves without a melody already tied to them. On top of that, there are also always colors, imagery, and often a bigger story around each song that come to my mind when the muse strikes.

It’s a bit of a cliche, I guess, but I often write songs in the shower… Sometimes I go in not even thinking about music and then I rush out with a song with new characters, lyrics, full arrangement, harmonies all finalized in my head, and then starts the much longer tedious process of trying to write everything down before details fade away.

With that in mind, I guess my strongest trait is my ability to convey a point through multiple mediums at once, music, imagery, both moving and still, lyrics, stories with characters, all can be connected, used together or interchanged to reinforce a message and deliver the most impact.

Is there a quality that you most attribute to your success?
I’m a very stubborn and hardworking person. I never stop working, bettering myself and coming up with new ideas. Honestly, I don’t think my lifetime will be enough to bring to life all the ideas I have in my mind. That and being very organized probably helped me the most on my path. 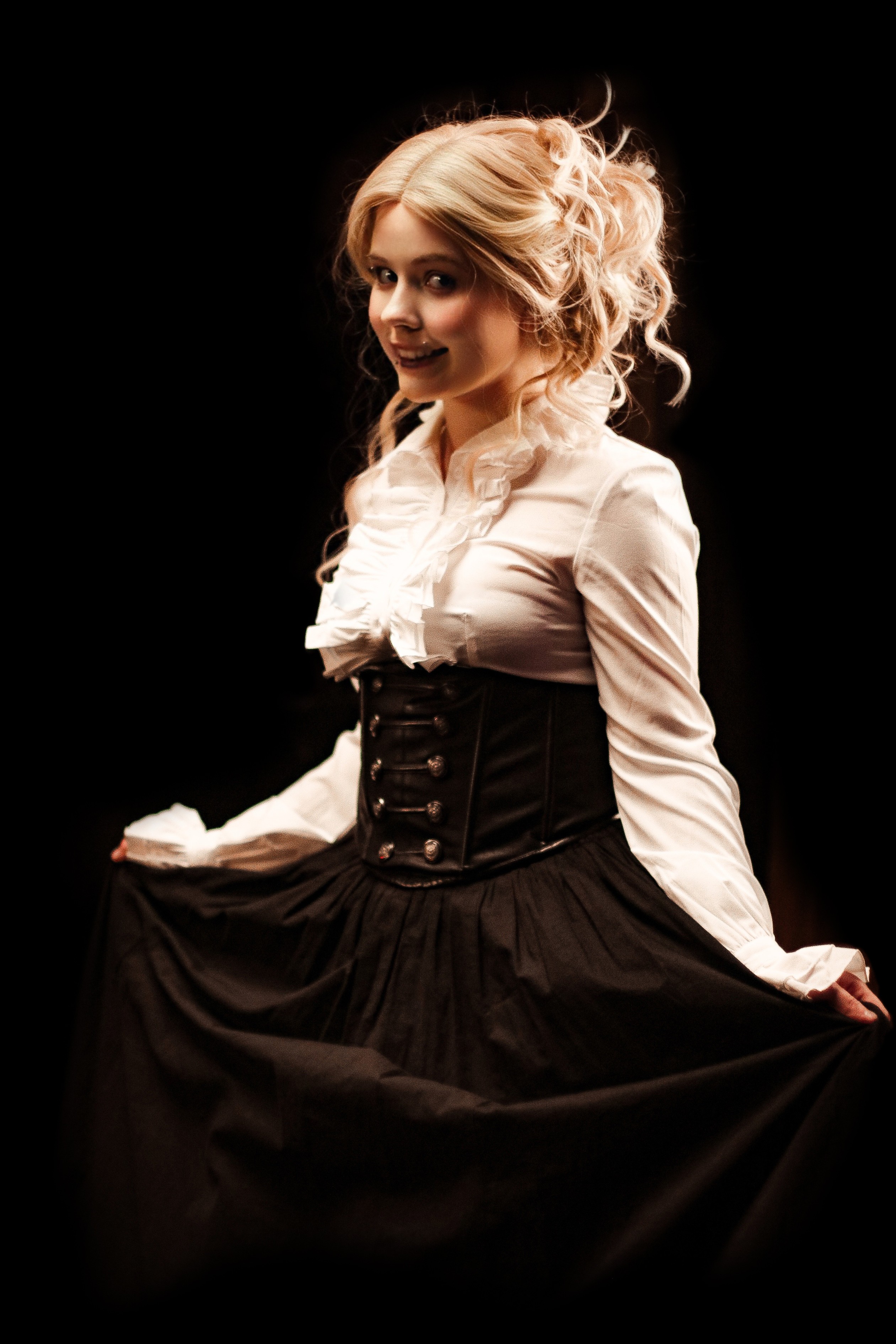 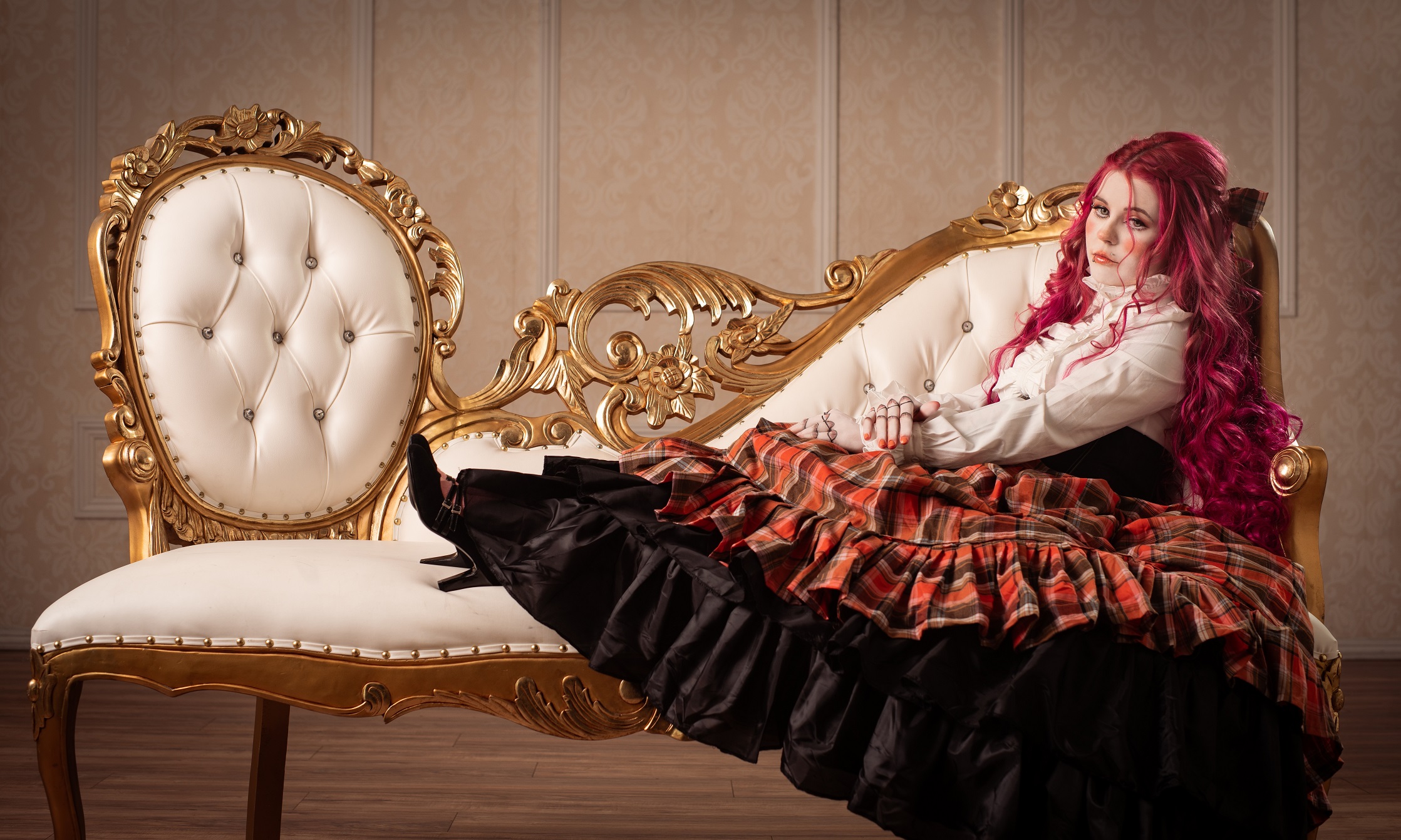 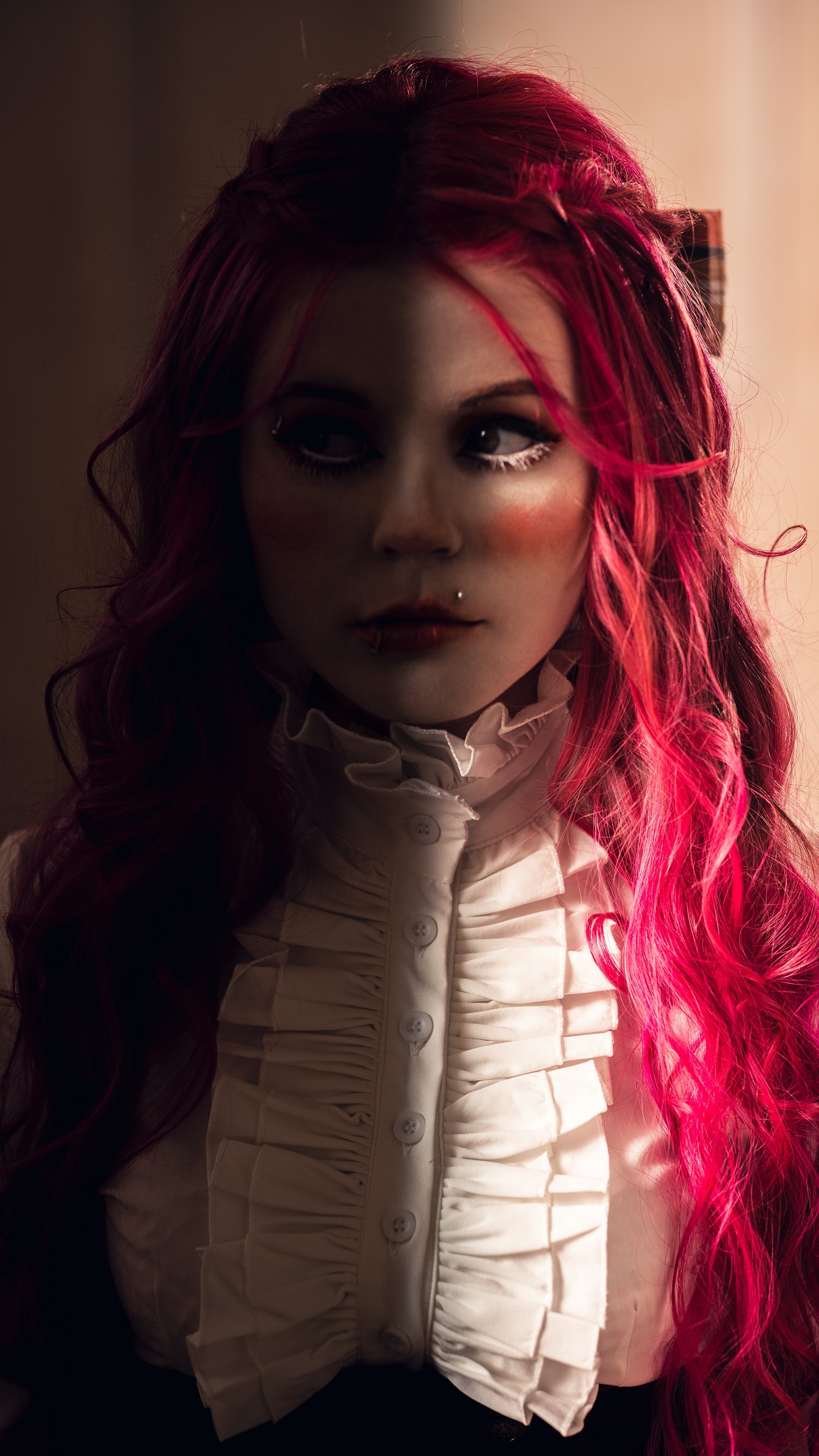 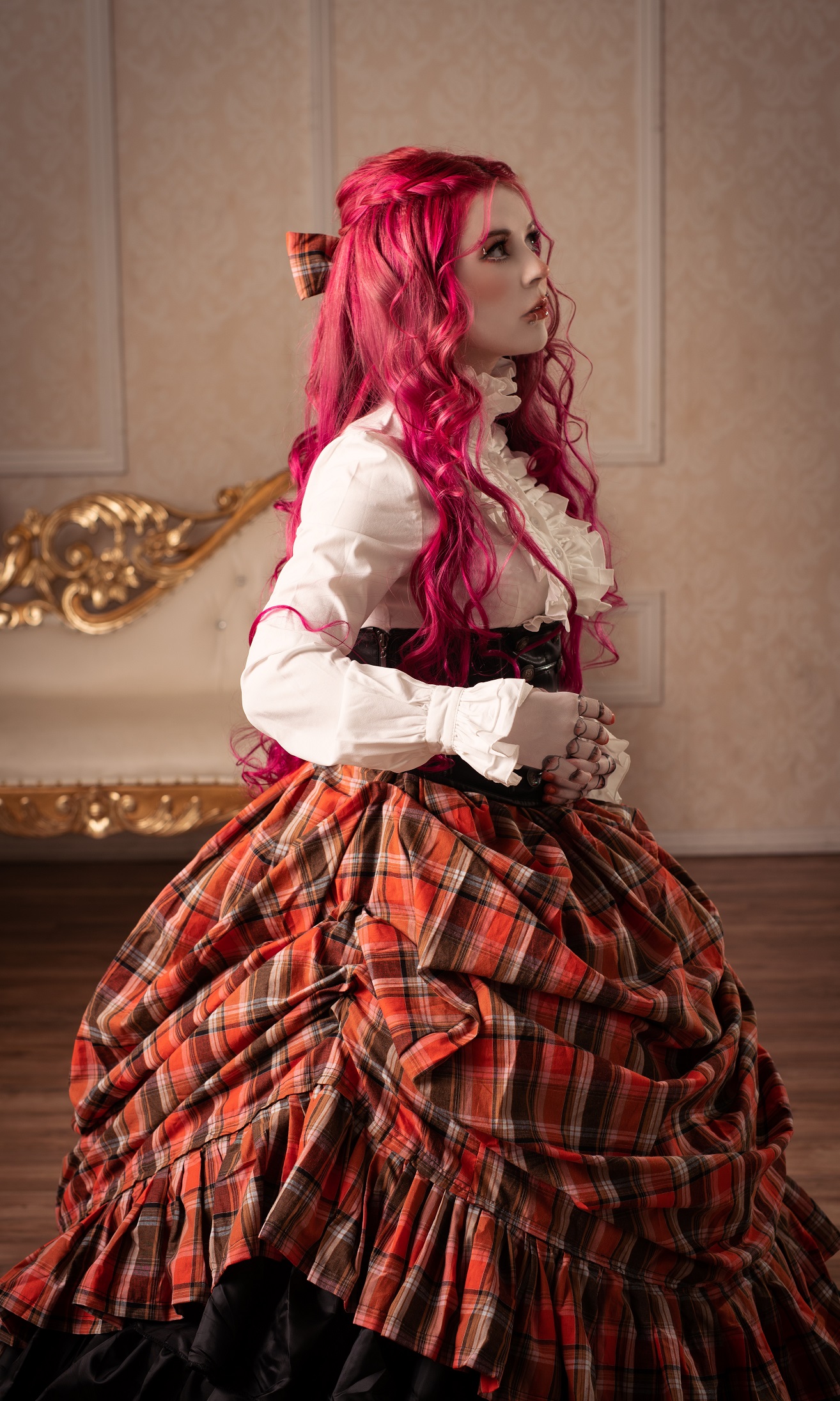