Today we’d like to introduce you to Rosalie Alspach.

Hi Rosalie, it’s an honor to have you on the platform. Thanks for taking the time to share your story with us – to start maybe you can share some of your backstory with our readers?
Well, I’m an LA-based actor, writer, and director. I think I fell in love with each of these aspects of storytelling at a very young age but drifted toward acting (and singing—I’m a huge musical theatre lover) when I was twelve and started doing theatre in school. I grew up in Ashland, OR and was fortunate to have the opportunity to see a lot of live theatre at the Oregon Shakespeare Festival. Having access to that type of theatre really shaped the way I look at storytelling, whether it’s theatre or film, and no matter what my role is. I was also lucky enough to get to work with the actors from OSF through my high school theatre department and in-and-about the community—they were the best teachers. The impact they had during those years when I was learning how to interpret words on a page and action on a stage was huge—it was formative.

I majored in theatre at Illinois Wesleyan University but on a gut instinct moved to LA to pursue film instead (even though I still do theatre here). I’ve continued acting, doing improv, sketch comedy, and going to tons of auditions; then a few years ago I had a strong impulse to create my own work, so I began writing with the decision to direct my projects.

Alright, so let’s dig a little deeper into the story – has it been an easy path overall and if not, what were the challenges you’ve had to overcome?
I wouldn’t describe my path as “smooth” exactly…there have definitely been lots of challenges, but I’m really grateful for that. Honestly, I start to feel uneasy when something feels too…easy. I love a challenge and if something isn’t challenging what that says to me is that I’m either not doing enough or that there’s something missing, which kind of makes me nervous. I just like to view challenges as an opportunity to be more creative, so it’s something I really thrive on.

Thanks for sharing that. So, maybe next you can tell us a bit more about your work?
I do lots of different work as an actor—drama, comedy, sketch comedy, musicals, classical theatre—so that’s always a bit of a mixed bag. I especially love doing musicals, anything with classical text, and sketch comedy. For the past year and a half I’ve been part of TMI Hollywood which used to perform weekly at The Hudson Theatre—I’m anxiously awaiting the day when it’s safe to go back to doing live shows. In terms of my work as a writer, I started writing because there were specific issues that were very close to my heart that weren’t being talked about in film—I wanted to fill in that gap.

I recently wrote, directed, produced, and acted in my first short film, “The Hostess.” The broad issue was sexual assault, but the more specific issue, and the main conflict of the piece, was how women respond to one another after an assault, which I think is super prevalent but not really examined or discussed in depth. One of the things that made me most proud of this project was the audience’s reaction. I always like to find character-based humor in a story—even if it’s an 8-minute film about sexual assault. I wasn’t sure if anyone else would find those specific moments funny the way that I did, so it felt very much like a roll of the dice, with some faith and trust that someone out there would share my sense of humor. At the first screening, when I heard people laugh at all of the right moments, I couldn’t help but beam. Even better, some people came up after the Q & A to tell me that when they were compelled to laugh they felt guilty given the subject matter —that was the goal! I love having conflicting feelings while watching a film/TV show/theatre production because it makes me think about it; that was the effect I was hoping for. It made me really proud of what we made.

My next project is a feature called “Approaching Alice” and it deals with similar themes but focuses on the internal conflict of a young attorney who has been sexually assaulted and finds herself representing an old friend accused of sexual harassment. It’s a difficult situation when you’ve been on the receiving end of such behavior but have a strong enough emotional connection to someone accused of it that you can’t seem to believe that they would ever do such a thing. It totally challenges your reality, which is what this character goes through. Again, this is something that I believe (statistically) is super prevalent but not discussed, perhaps out of shame or societal pressures.

We’re always looking for the lessons that can be learned in any situation, including tragic ones like the Covid-19 crisis. Are there any lessons you’ve learned that you can share?
Oh boy. I feel like I’m still processing everything. I think, like a lot of people, I learned to stop and take care of myself—set my phone down and close my laptop. Or at least try to. More than anything (and this really applies to the whole year in general), what was reinforced on a daily basis is that you can’t change someone’s mind by arguing with them. People only change when they are moved to. And to me, that is the work of stories—moving people. So I’m ready and excited to get back to work! When it’s safe, of course. 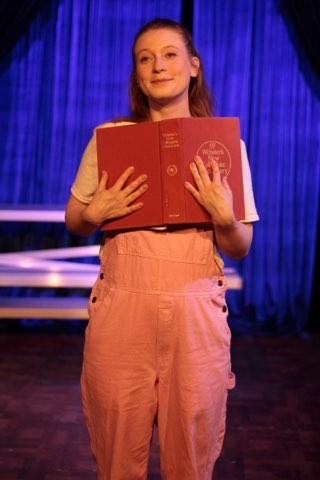 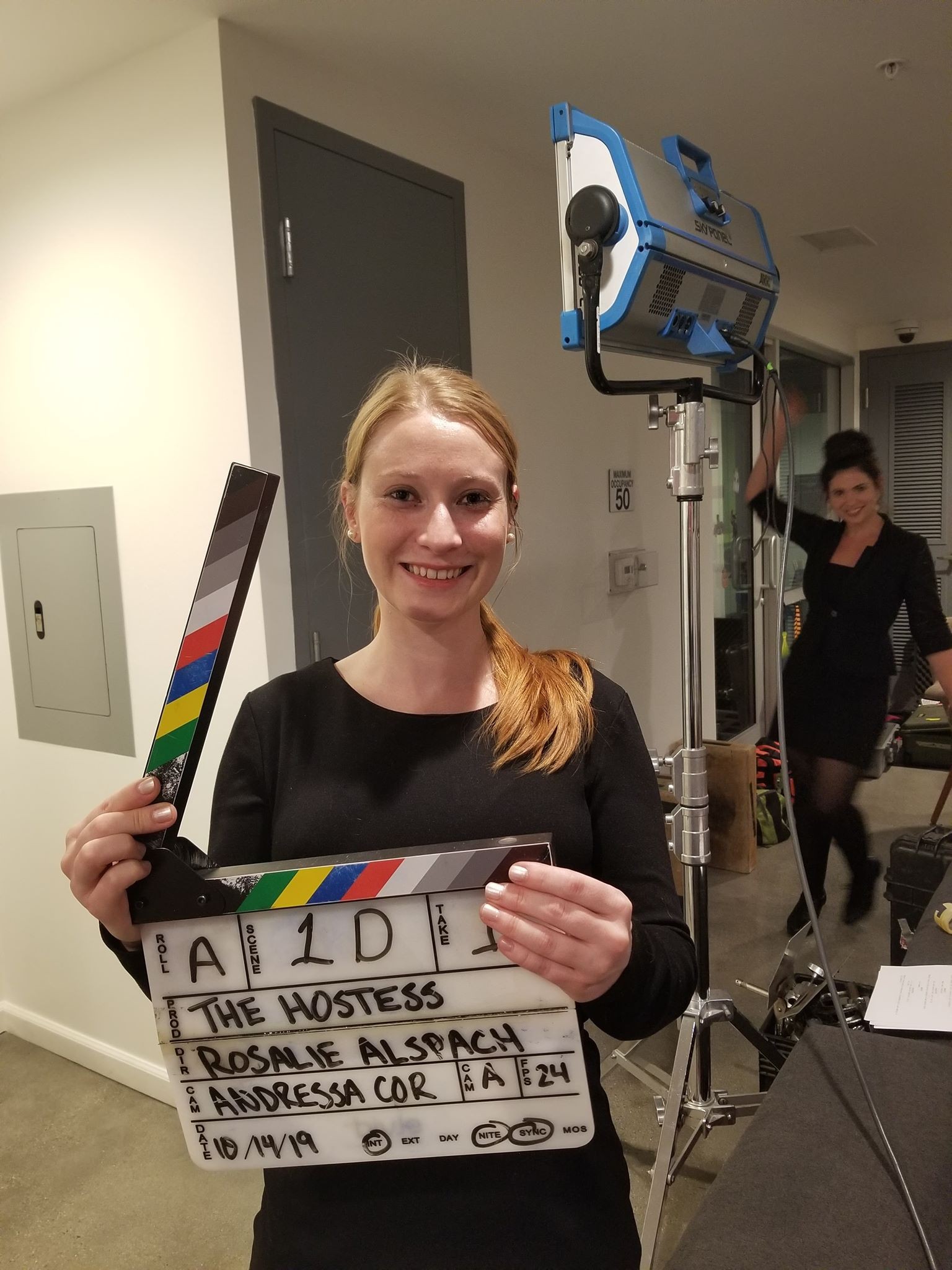 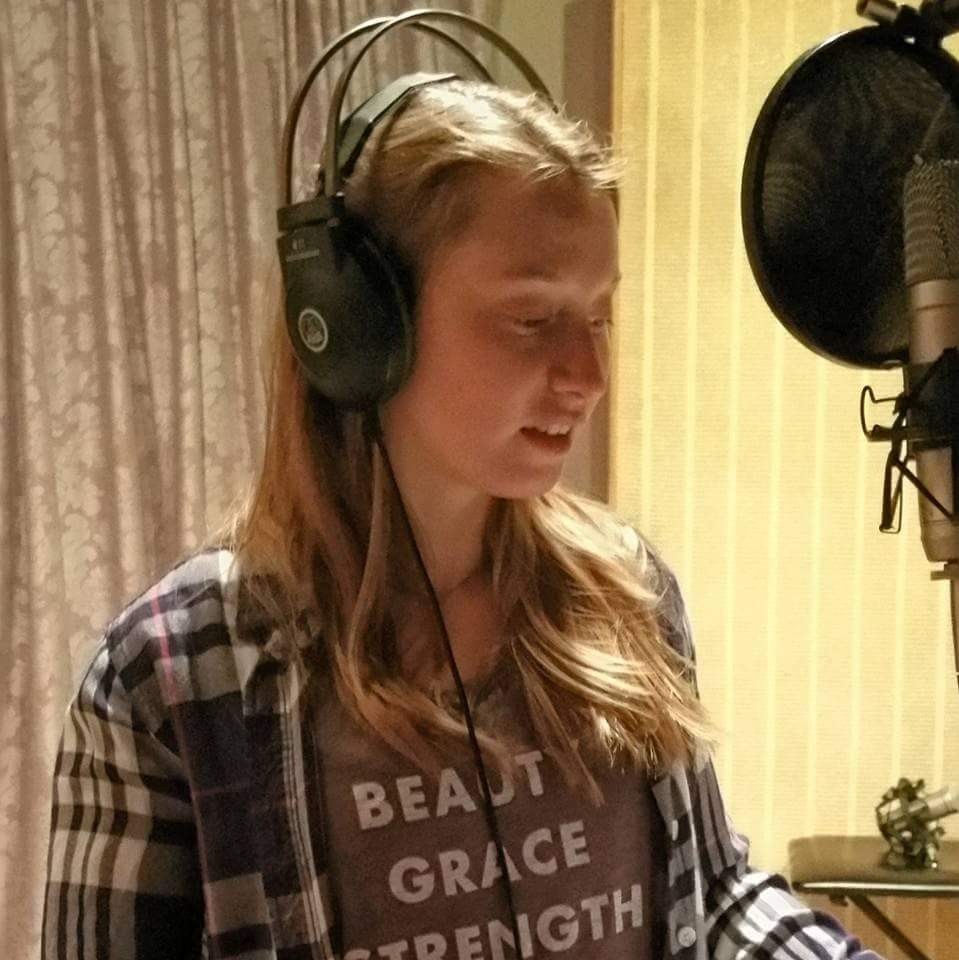