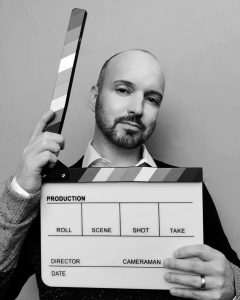 Today we’d like to introduce you to Rob Weston.

Alright, so thank you so much for sharing your story and insight with our readers. To kick things off, can you tell us a bit about how you got started?
My career as a movie producer started back in the small town of Fleet, Hampshire, in the UK. Fleet was a very small town that didn’t have much of a history of movies, it didn’t even have a cinema. Maybe it had something to do with the first movie I ever recall seeing, back in 1985, a little movie by the name of BACK TO THE FUTURE, but I would always find myself running around car parks as a kid with a camcorder, shooting short movies with friends. Movies became my passion and eventually led me to enroll at Surrey Institute Of Art And Design, where I studied for a degree in Film and Video. It was there that I formed my first production company (Straightwire Films), which started out making corporate videos, then after I’d graduated, moved into producing music videos for some of the UK’s leading artists (such as Grammy Award winner Corinne Bailey Rae). My goal however was always to lead Straightwire into becoming a successful movie production company, so when budgets on music videos began to shrink due to online piracy spiraling out of control, that was my opportunity to make the move. One person who I’d met at Surrey Institute, Chee Keong Cheung, had a similar desire to me to make movies. Myself and Chee, who is today a successful movie director in his own right (side note. I just produced his last movie REDCON-1, a multi-award-winning action/ war movie) found a common ground and started to develop projects together. One of those, a period drama entitled WHERE LOVE REIGNS, would draw attention from the legendary Martin Scorsese (THE IRISHMAN), who would board the project as our executive producer, alongside other icons in the business, including 3 x Academy Award Winner Jack Cardiff OBE (BLACK NARCISSUS) and Alan Rickman (DIE HARD).

But after two years in development on the project WHERE LOVE REIGNS faltered, when the financing for the movie fell apart, just as the rights option was approaching renewal. Rather than start the project again from scratch, I made the difficult decision to not renew the option rights and to move on. WHERE LOVE REIGNS had wiped me out financially, it had been a harsh lesson to learn. I decided rather than go back to music videos, I would find other work that allowed me to straighten my finances out while using my spare time to develop a new movie project. WHERE LOVE REIGNS had taught me so much and I wanted to put that into practice on a new project. So I ended up working for a corporate company in the managed services sector (nothing movie related!). During the next year, I used my spare time to develop the script for a horror movie entitled GNAW while simultaneously raising the finance for the movie. Having accumulated enough vacation time working for the company in the calendar year, I decided to take it all at once and shoot GNAW during what should have been my vacation. Once the movie finished production and moved into the editorial process, I went back to work at the company to repeat the same process, spending my days working for the company and moonlighting every spare moment I had to edit the movie. Having accumulated more vacation time now the following year, I cut a trailer for GNAW and put together a poster and headed off to the Cannes Film Festival to sell the movie. At Cannes, GNAW drew the attention of multiple sales agents and distributors from around the world and I ended up doing a rights deal for the movie then and there. So I guess you could say I created my own break in the industry. I wasn’t going to wait for it to happen, I wanted to make it happen and I wasn’t going to stop until I’d accomplished my goal.

After GNAW, I carved out something of a niche for myself in the horror movie genre, producing THE THOMPSONS for Lionsgate, WORLD OF THE DEAD for Dimension Films and countless other horrors, including ANTIBIRTH, which premiered at Sundance. My movies played throughout the world and were celebrated at festivals, but I didn’t want to be labeled as the UK’s ‘Go-To Horror Producer’. So I decided to move to Los Angeles and to focus on making great stories with great collaborators, no matter what the genre. That started with the romantic comedy ELSA AND FRED, which starred academy award winners Shirley Maclaine (TERMS OF ENDEARMENT) and Christopher Plummer (BEGINNERS) and followed up with the adaptation of Gillian Flynn’s (GONE GIRL) DARK PLACES, which starred academy award winner Charlize Theron (MAD MAX: FURY ROAD) alongside Chloe Moretz (CARRIE) and Nicholas Hoult (ABOUT A BOY) and which became one of the highest-grossing films on PPV. Last year I produced the legendary Stan Lee’s last cameo in the movies, with the comedy MADNESS IN THE METHOD, which starred Jason Mewes and Kevin Smith (JAY AND SILENT BOB) amongst an array of other stars. As we speak, I’m gearing up on my 16th movie now as a producer. I’ve been very fortunate to work with many great collaborators, shooting all across the world and alongside some of the most talented stars in the business. I wouldn’t change my journey for the world.

Can you talk to us a bit about the challenges and lessons you’ve learned along the way. Looking back would you say it’s been easy or smooth in retrospect?
Nothing is smooth when it takes hard work. But for me, the joy comes from the journey. To be successful in the movie business takes an incredible amount of hard work and dedication. When I first started out, I had zero contacts in the industry and had no idea how to produce a movie, all I knew is I wanted to make movies. But alas, if it was that simple then everyone would be doing it. I quickly learned it’s a business where until you’ve actually produced something, you will always feel on the outside looking in. I remember when I was first starting out, taking meetings and feeling totally out of my depth, not knowing industry protocol (there’s a lot of it!) and terminology, etc. Looking back, I have to smile at my young self’s naivety. I know a lot of my friends probably thought I was crazy with my aspiration to become a movie producer, after all, I’d put all my time into it and sacrificed many a Friday or Saturday night out on the town for my craft. But then the results are often impossible for people to see until a movie is actually released into the world. In my early days, I quickly realized there’s two pathways to take in a career, you either work your way up through the ranks until you graduate to becoming a producer, or you just jump straight into those shoes and produce something.

To help build my knowledge about the business, I remember doing something very simple which really helped the young me. I decided to take out a subscription to Screen International, a weekly movie publication in the UK, and I would read it cover to cover, line by line every week without fail. It gave me a grasp of what was happening in the movie business week in week out. Granted, I would have to stop quite often to look up terminology I didn’t understand, making sure to learn it and understand what it meant. I guess it was almost like being back in school again, revising, studying. But starting out, it was a good move for me, as it meant when I entered meetings, for all my obvious inexperience, I was now someone who could talk about what was happening in the business day in day out. I had gained knowledge and I was contributing and when you do those things, it helps build confidence. Today, many years on, reading the weekly trades is still very much part of my regime. I’m proud of my tenacity and determination to never give up. There’s many people I’ve met along the way who’ve wanted to produce a movie but fallen by the wayside, never accomplishing their dream. I think it’s important to find like-minded individuals on your journey when you’re starting out. It’s important to encourage each other, to remind each other why you’re doing what you’re doing and it’s essential to realize that filmmaking is a collaborative process and that it takes many hardworking and passionate individuals to make a movie.

Can you tell our readers more about what you do and what you think sets you apart from others?
I produce independent movies. I don’t specialize in a certain genre, I focus on great stories and working with great collaborators. For me, a project always starts with the story, the script and the people involved. If I can’t put a script down then I know it has something. But I have to be able to visualize it when I read it… the poster, the trailer, etc., then it starts to come alive in my mind. As a producer, I’m an expert in financing and structuring projects, but I also work very closely with the writer in the development stage to hone the project, which is something I enjoy. I’ve studied screenwriting myself and that has led me to write many of my own screenplays and collaborate with the writer on some of the projects I’ve produced along the way. This means I’m a guy who’s constantly jumping between wearing my financing hat to my creative hat. In my experience, it’s a unique skill set to find a producer who does both the financial and creative side successfully.

Indeed, recently I wrote my first book, entitled ROB WESTON’S GUIDE TO METHOD ACTING, which was featured quite heavily in the movie MADNESS IN THE METHOD and which I’m thrilled to say has gone onto be voted amongst the BEST ACTING BOOKS OF ALL TIME. You can find it on AMAZON and www.moviestarrating.com. Ultimately, I’m most proud of every project I produce. They often take years of hard work to come to fruition and are a labor of love, so every project which I get over the line is always a huge accomplishment for me. I’ve also done quite a bit of speaking on panels at festivals and events around the world, as well as mentoring those coming up in the business and find both very fulfilling experiences to give back and pass on advice I’ve learned along the way. It’s a tough business after all and if I can help those coming up just a little bit then that’s great.

What do you like best about our city? What do you like least?
I love Los Angeles. There’s such a wide selection of restaurants and I’m a bit of a foodie, so I’m always on the lookout to find something new, which invariably I seem to find! As a Brit, I adore the weather, I feel the LA climate is incomparable to anything else around the world, it’s rarely too hot and it’s rarely too cold and compared to the UK, the weather here is as perfect as it gets. I also love being in and around the entertainment industry day in day out… What do I least like? I’m not mad about the lack of authentic British food options, but luckily, thanks to my wife (who I also met in LA!) I’m very well stocked in the English Breakfast tea front! 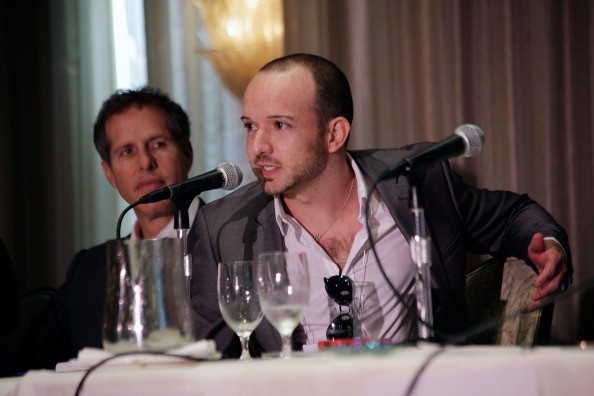 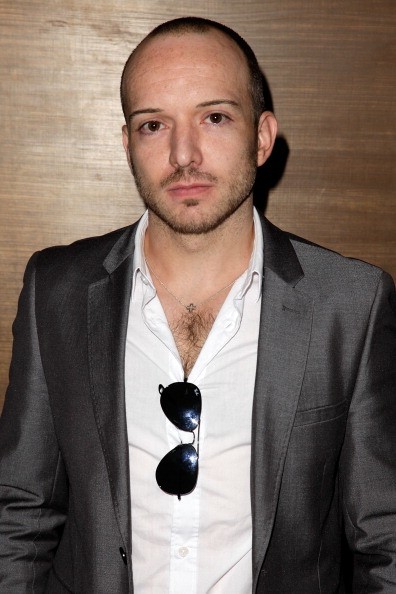 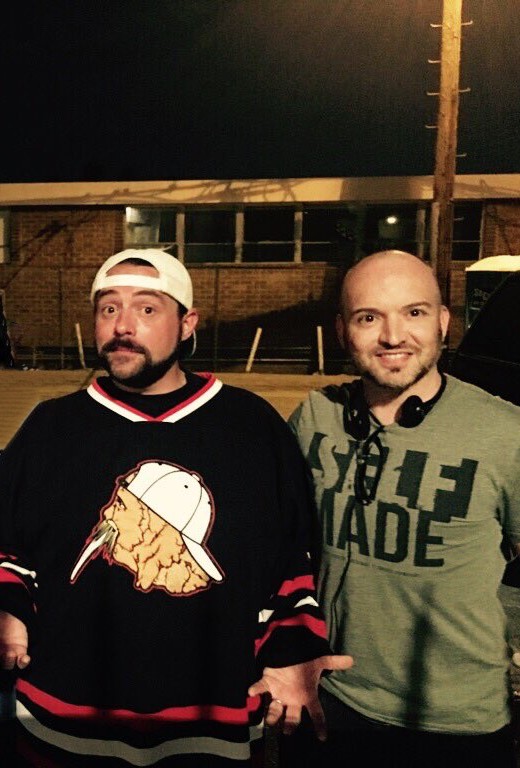 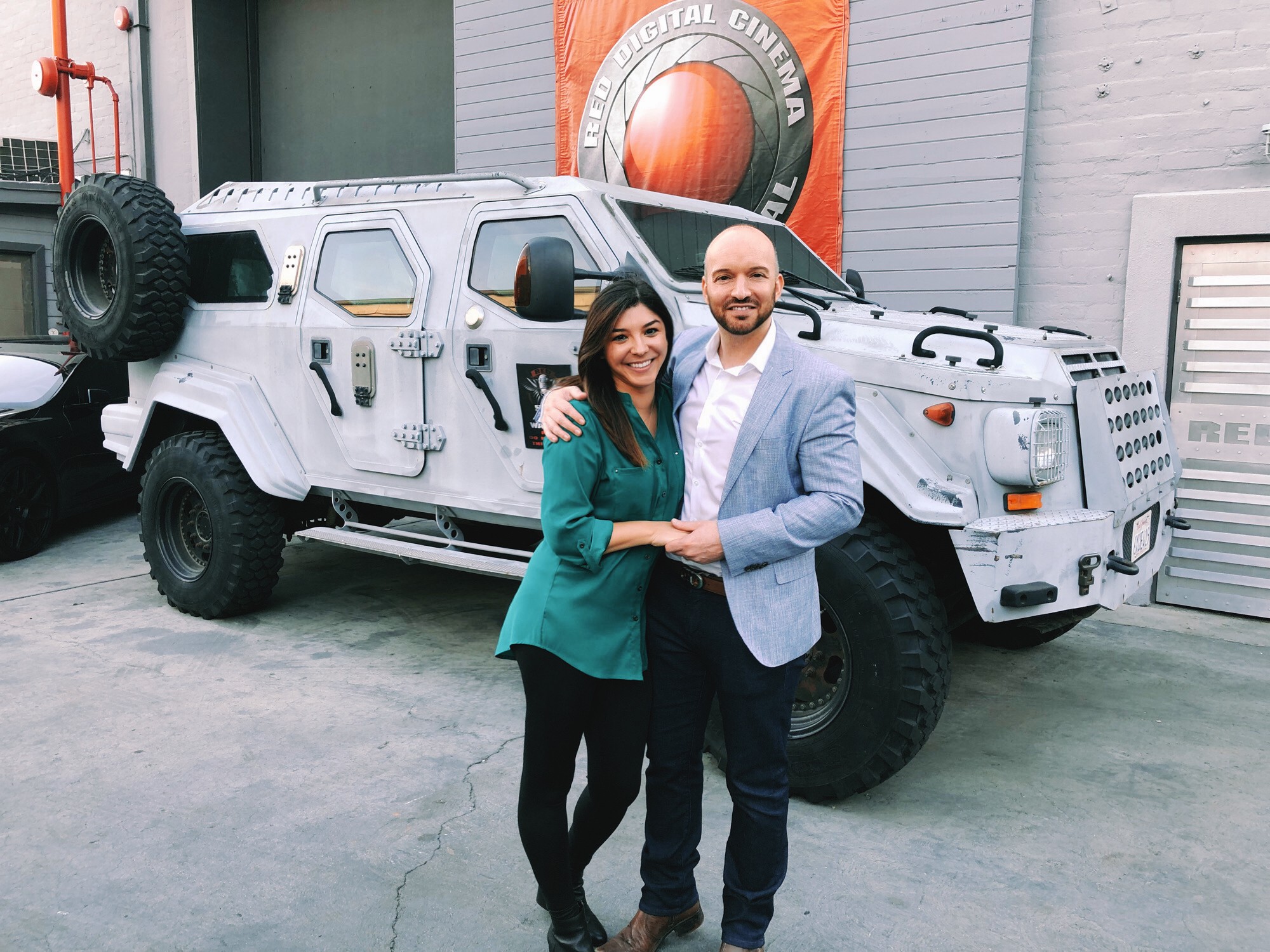 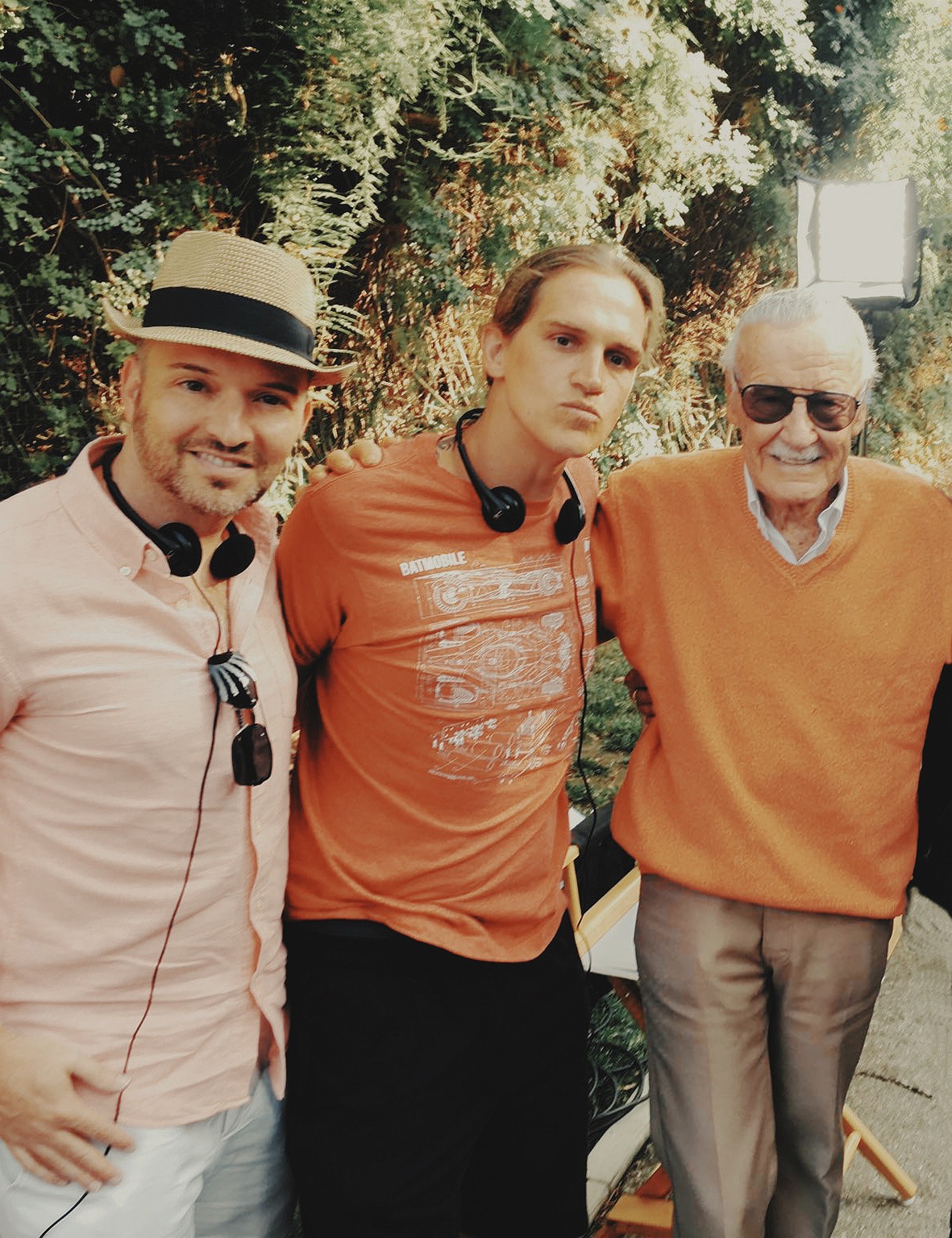 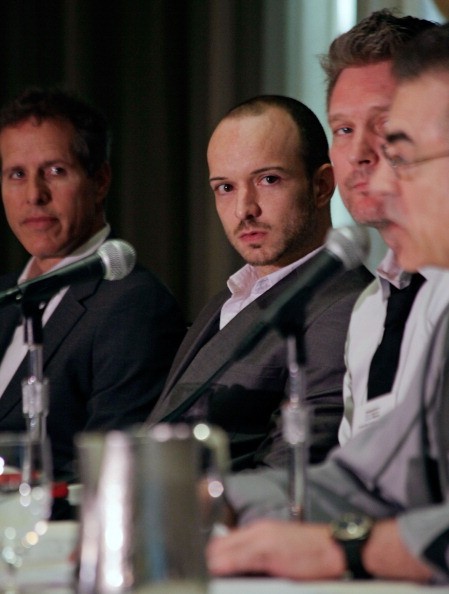 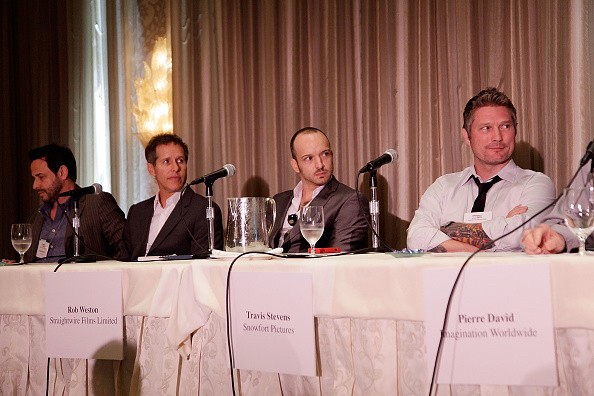