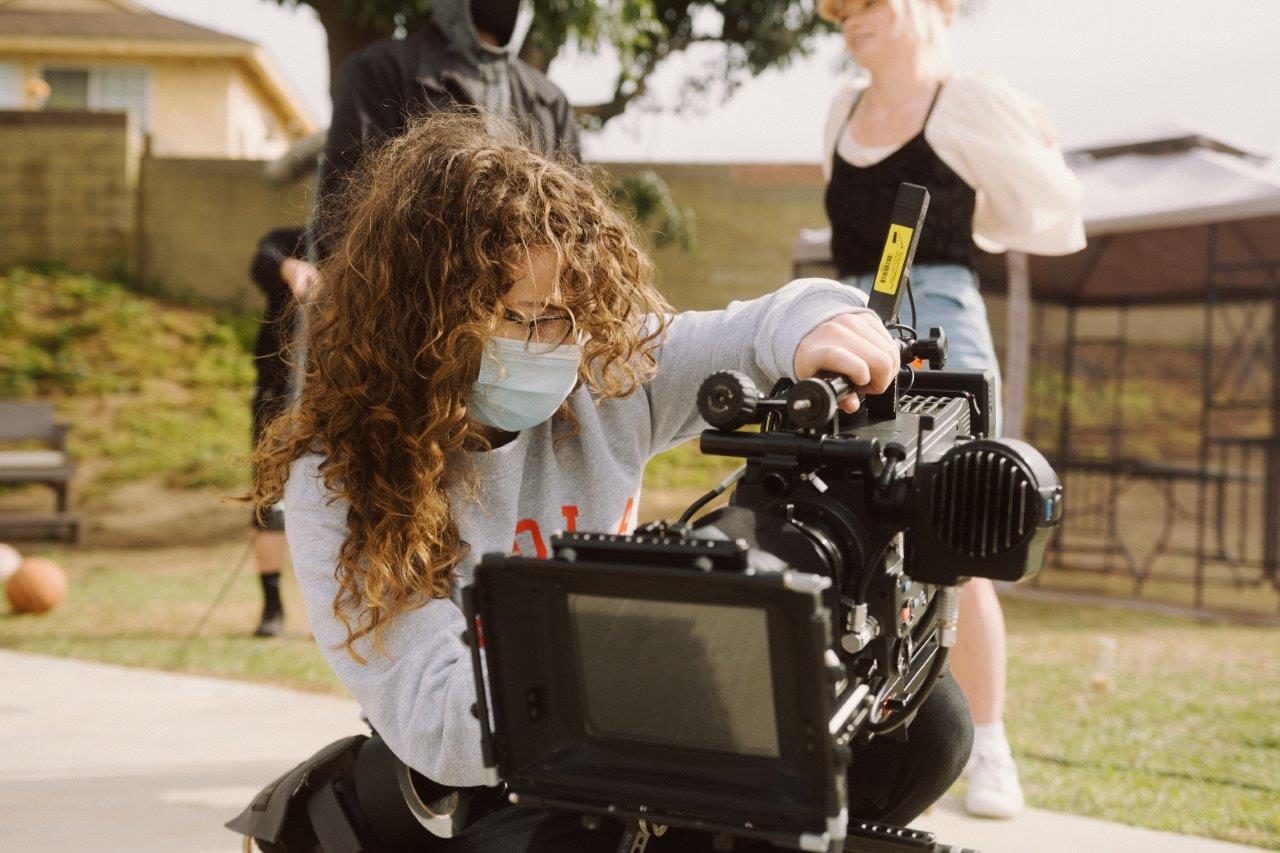 Today we’d like to introduce you to Rebecca Baliko.

Rebecca, we appreciate you taking the time to share your story with us today. Where does your story begin?
I am originally from Alberta, Canada; but I moved down to California to a few years ago to pursue a film degree at Biola University’s School of Cinema and Media Arts, and have since been working mostly as a First Assistant Camera in the film industry. I grew up in a very artistic and adventurous household because my father, Bela Baliko, is a professional wildlife and nature photographer. We were always traveling for his work; and constantly being around cameras, film labs, and the publishing business evidently had an impact on me. My family was very supportive of my career path, and since we had already spent a good amount of time around SoCal, the move was a very natural decision.

It’s been an adventure so far, to say the least! Even though I couldn’t enter the workforce until after I graduated, I began volunteering and interning on a lot of film sets while I was still a student to gain more experience. By the time I had earned my baccalaureate, I had been a part of just over 130 different film sets and had gained enough experience and expertise to then pursue freelance work as First Assistant Camera. I had also worked at our school’s rental house as the Equipment Room Lead, so I was able to gain experience with running a team and troubleshooting issues that would happen in the studio or with the gear. It was also a terrific way to meet people since pulling gear orders meant we always knew what productions were going on each weekend. Pretty much all of my friends here – who are the people I work with the most now – are individuals I met at that film school.

Two of my closest friends, Connor Griffin and Tyler Skillings, work as full-time cinematographers at different companies that shoot product ads for clients, so the bulk of my work through COVID-19 has been with them and with our other friend, Andy Aragon, who is also a talented DP. But I have also been really fortunate and have a lot of connections throughout the indie film world, so I never really know what kind of set I’m going to be on from week-to-week. I might be shooting some wild music video one weekend, but then be on a professional studio set the following week, and then get booked for an indie film and end up on the road for the next month. That’s what makes freelancing really fun.

Can you talk to us a bit about the challenges and lessons you’ve learned along the way. Looking back would you say it’s been easy or smooth in retrospect?
There have definitely been a lot of ups and downs over the past few years, but I think that’s true for anyone starting out. The reoccurring challenges with film sets is that no matter how big or small the production is, there never seems to be enough time or money to do everything. There’s a constant urgency and rush on set to work as efficiently as possible and stay on top of things, and I think the same thing can be said about the film industry as a whole.

When I was first starting out, I was pursuing cinematography as my end goal and got brought on to DP an indie feature film called “Rubaru” (directed by Marco Zambrana and produced by Andy Brewster). Even though everything was going smoothly through pre-production, we started encountering problems as we got closer to principal photography. Numerous locations for our first week fell through, and several key crew members bailed – to the point that my brother, who was originally only going to work as our 2nd AC/Utility, had to become my 1st AC (without any prior experience of focus pulling). It was a pretty wild month of filming since I had to make time to train him in between running around the set, lighting with my gaffer and going over things with the director. We had to constantly adjust the shortlist for the new locations and were meeting nearly every night to go over the schedule for the next week to make sure we had everything set. It was a huge learning experience, and although I’m not interested in pursuing cinematography anymore, I am really grateful to have had that opportunity. I became really great friends with Marco and Andy (and I cannot thank my brother, William, enough for stepping up to the plate and absolutely nailing the focus almost every takes), and most of the crew have gone on to work on numerous other sets together because of our bond from “Rubaru.”

Many of those other sets were acclaimed shorts, like “Caesura” (directed by Andy Brewster, featuring a lot of the crew from “Rubaru”) and “Candyman” (directed by Jace Hardwick and shot by Connor Griffin, who was my gaffer on “Rubaru”). Connor and I also worked on another indie feature film together called “Space Waves,” which was a whole other adventure. Each of these sets have had their own unique challenges and roadblocks, and although it was stressful to work through at the time, I ended up learning a lot in the process and becoming a better First Assistant Camera because of it. There is no such thing as a ‘bad’ film set if you were still able to make a new friend from it or learn something from the experience.

Thanks for sharing that. So, maybe next you can tell us a bit more about your work?
I work as a First Assistant Camera, otherwise known as a “1st AC” or “Focus Puller” on set. The 1st AC works directly below the Cinematographer and is responsible for pulling focus, preparing all of the camera gear for the shoot, and delegating information to the rest of the camera department during production. During ‘camera prep,’ the 1st AC tests out the camera build, lenses, focus unit, monitors, and pretty much every other piece of camera equipment that is going to be used on set. Depending on how long and involved the shoot is, prep can take anywhere from a day or a few weeks to complete. On larger productions, the Second Assistant Camera (or “2nd AC”) also helps with prep.

The primary responsibility of the 1st AC on set is to pull focus during each take to ensure the image is sharp. Camera rehearsals and blocking with the actors are critical steps to this process since that is when “marks” are set and measurements are taken to know the distance from the camera’s sensor to each respective actor. The 2nd AC usually helps with this process since setting marks can become a pretty complicated task, depending on where the frame is, how much camera movement is involved, and how many actors are on screen.

If everything goes seamlessly during this process, it actually becomes possible to pull focus without a monitor entirely since you know any given distance the actor will be from the camera at each specific beat of the scene. This was actually a practice I had to do while working as the 1st AC for the feature film, “Space Waves,” since Connor Griffin (the cinematographer) insisted I pull without a monitor for the whole shoot. It’s an invaluable skill to have, and I am grateful Connor pushed out of my comfort zone to learn it. I feel like there is always room for improvement and so much more to learn about the craft – especially with how technology keeps advancing in the filmmaking world.

Is there any advice you’d like to share with our readers who might just be starting out?
I think the best form of advice is a quote from Henry Ford: “Whether you think you can or you think you can’t, you’re right.” Anyone can make it in the film industry if they are passionate enough and willing to work hard for it. You don’t necessarily need a film degree or a connection to a bigshot Hollywood producer; if you look at a lot of the successful filmmakers out there, you’ll notice most of them didn’t start out with much. They just pursued filmmaking because they loved it and were willing to put in the hours to make their dreams a reality. These days, it’s pretty easy to become plugged into the film industry because of how accessible social media has made it. You can connect with a lot of different artists online, and at some point, one of them will bring you on to a set. Just be open, be attentive, and bring a good attitude to set. Make a point to learn people’s names, and make an effort to get to know people you really click with. It’s not going to be easy (especially at the beginning), but nothing in life that’s worth doing ever is. 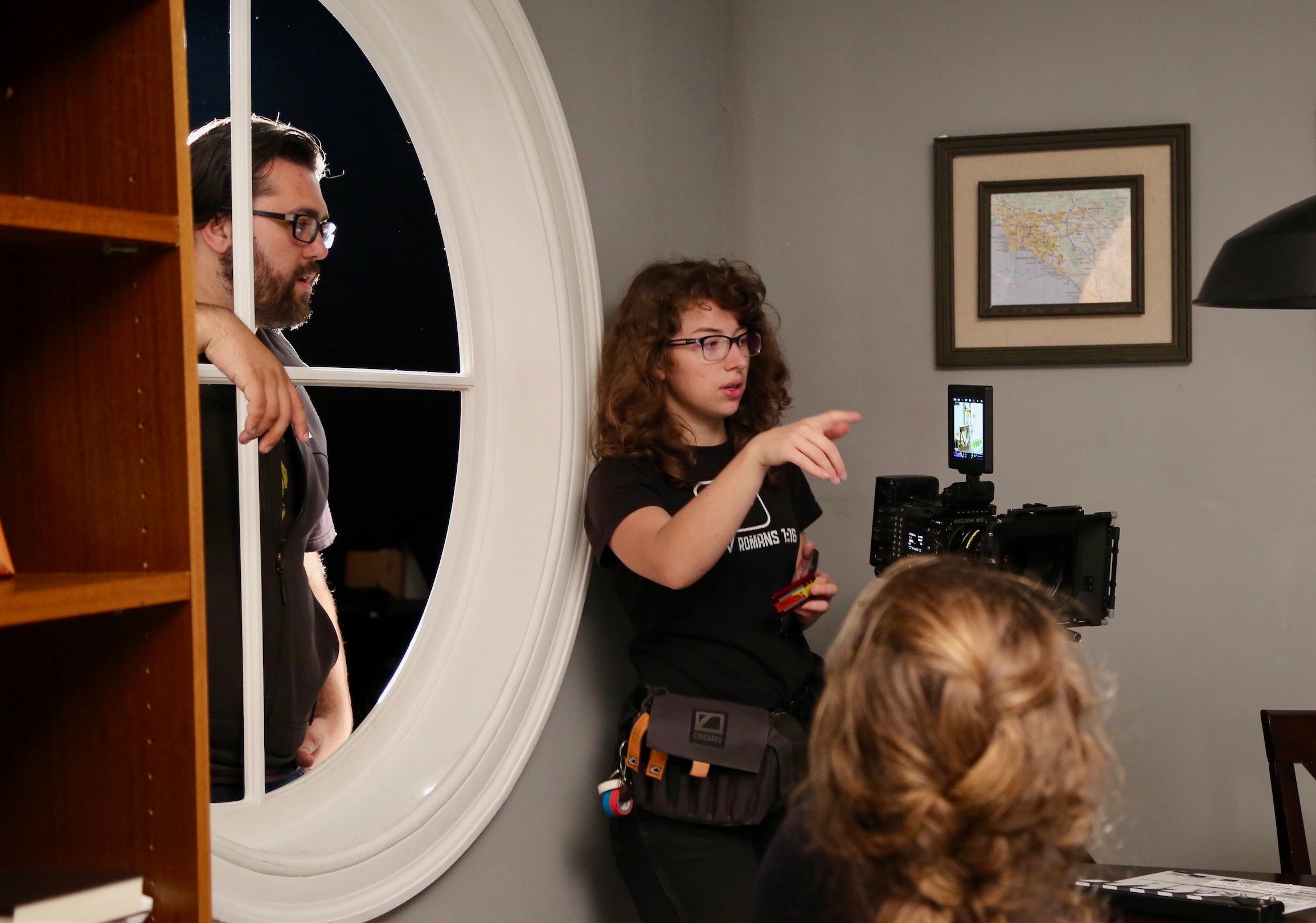 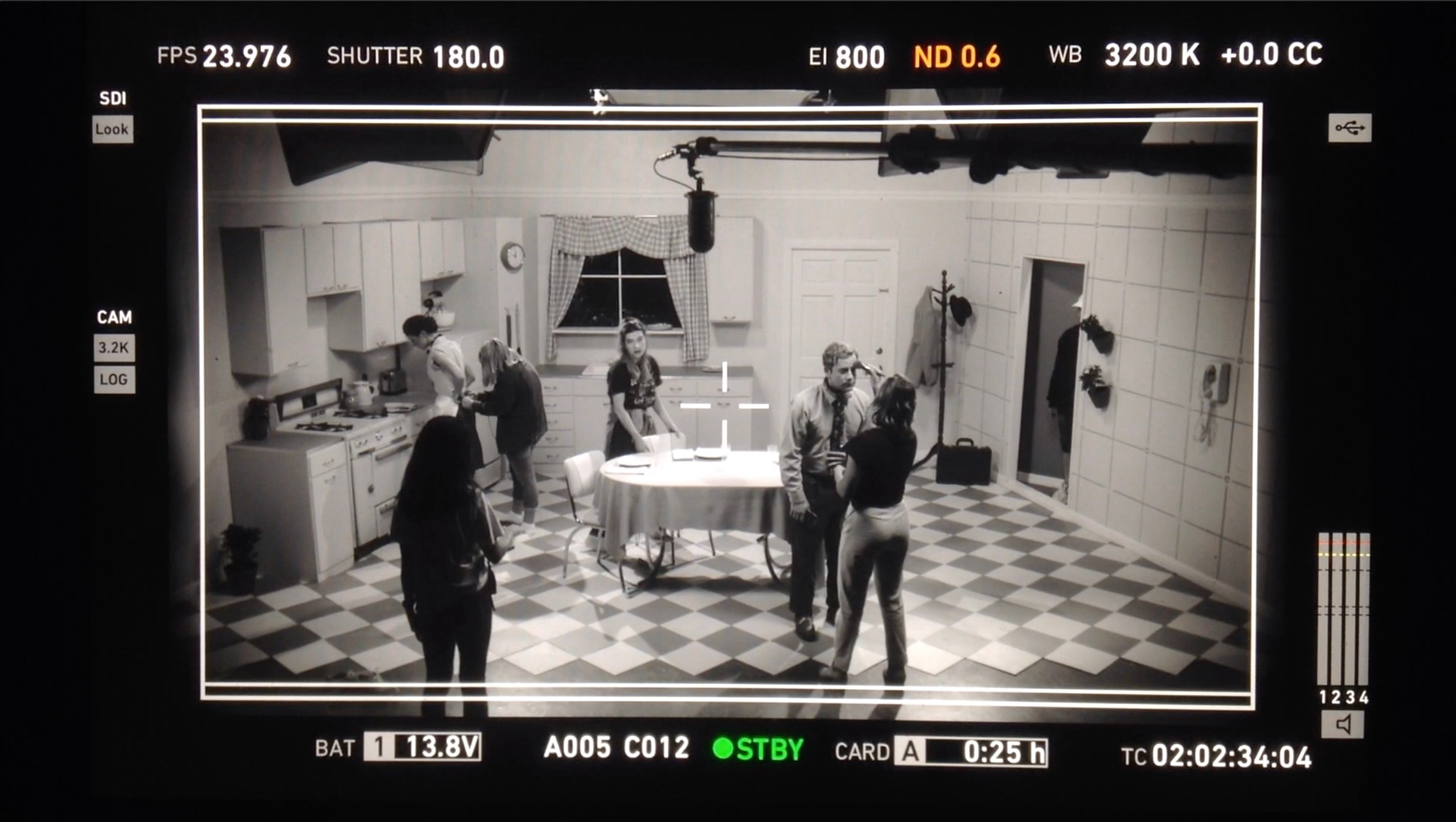 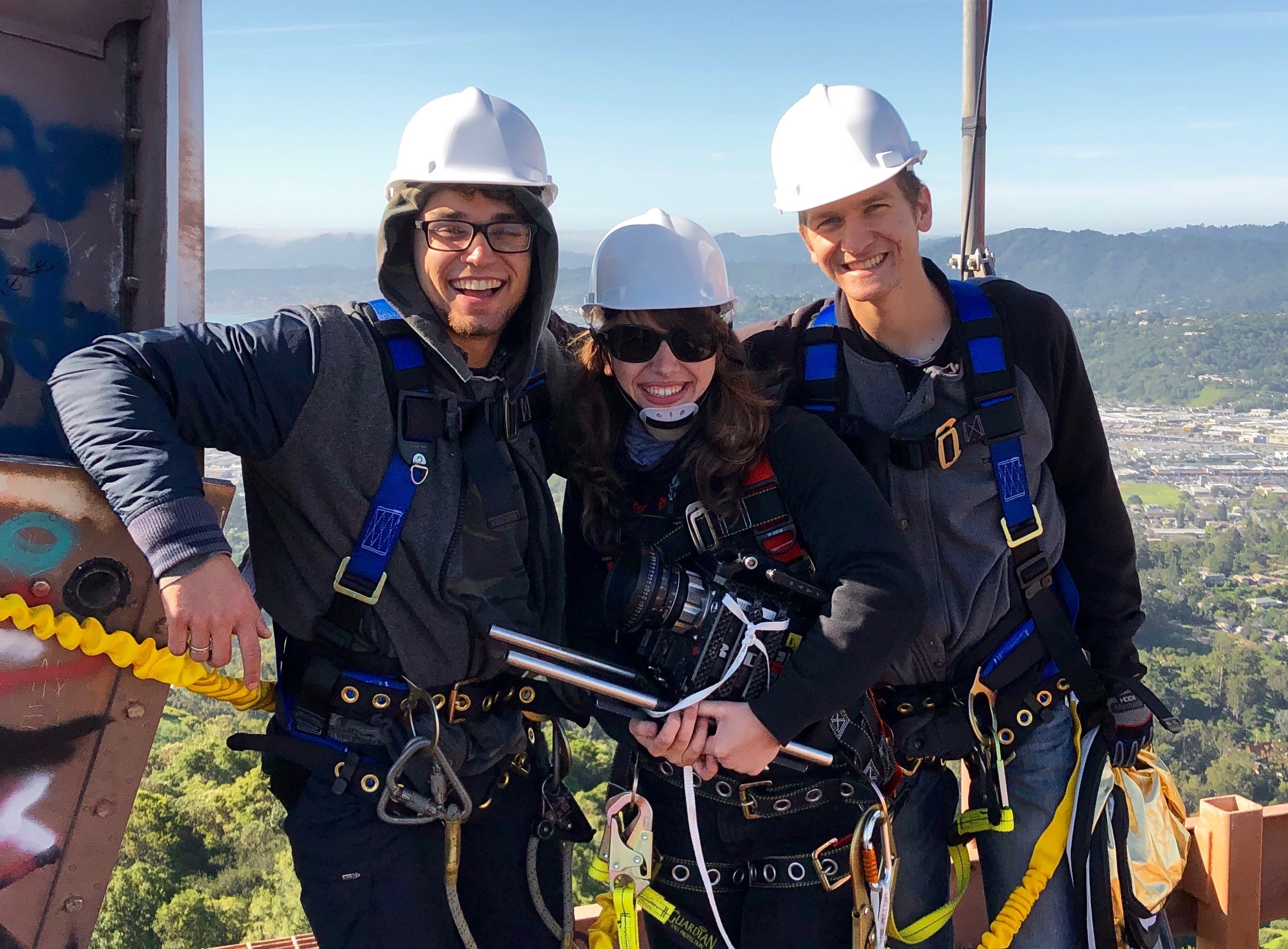 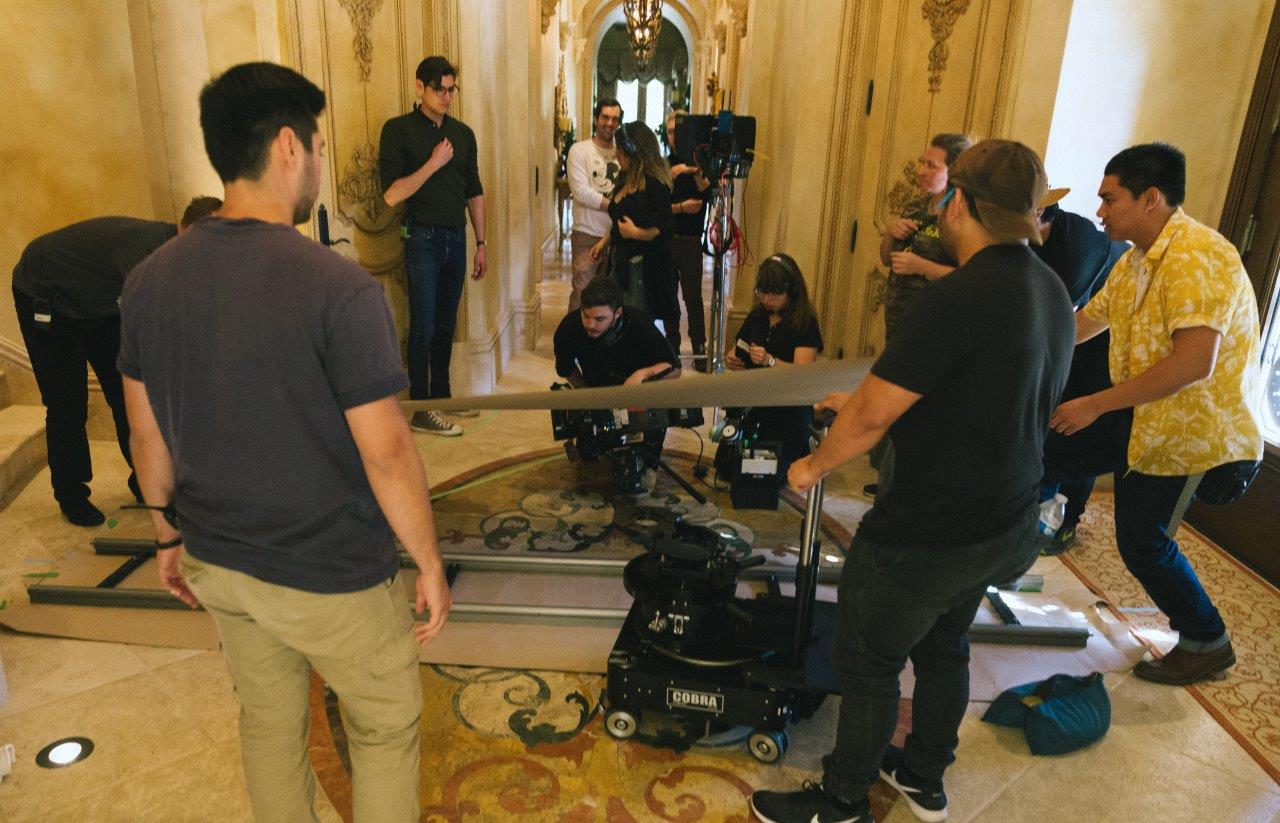 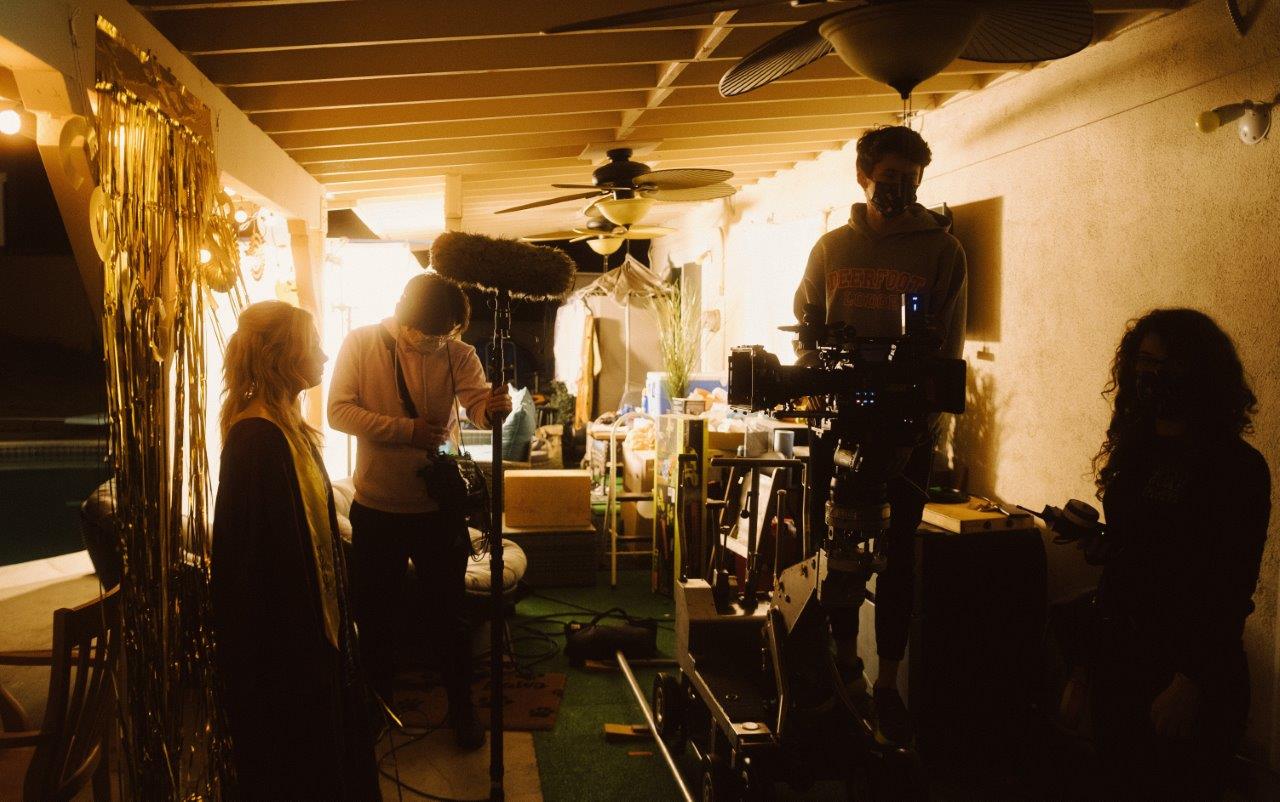