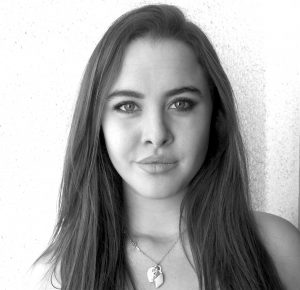 Today we’d like to introduce you to Nastia Barkan.

Hi Nastia, it’s an honor to have you on the platform. Thanks for taking the time to share your story with us – to start maybe you can share some of your backstory with our readers?
I have always loved music, and I think I always knew that I wanted to do something music related. I grew up listening to 70s and 80s cassettes in the car with my dad, going to stage school on the weekends and getting told off every evening for playing my music too loud. When I was in college, I minored in Music Industry and got to learn early on about all the different sides to it; I was immediately drawn to management as it’s so overarching. You get to be not just involved, but instrumental in all aspects of an artists’ career; helping them realize their goals and ambitions and seeing projects through from fruition to completion. I interned for a management company both in their LA office and their London outpost for just shy of two years. I learned the ropes and built up trust with various artists’ teams. Due to how long I stayed at the company, I was able to get very involved in different projects, from television tapings and music video shoots to tour planning, show days, reviewing contracts and agreements and working gigs and festivals. Shortly after I had left the company, my now boss reached out having remembered me from my previous work. A few weeks later, I accepted the job of day to day manager, got on a plane to New York to oversee a promotional tour and it’s been a go from there! The nature of my job is ever-changing; one day it’s emails and phone calls, the next day it’s a photoshoot, and two days later, it can be jumping on a plane to oversee a performance that weekend, flying back straight after and shooting a music video the next day. It’s fast-paced and all-consuming, but I love it.

We all face challenges, but looking back would you describe it as a relatively smooth road?
I don’t think anyone’s path in music can be considered smooth, even if it looks that way from the surface. Artists and industry folk alike have to get comfortable with rejection very early on. It’s an industry that a lot of people want to work in, so competition is rife. A professor of mine once told me that getting your foot in the door will be the hardest part. Having gone through that process, I think that keeping your foot in the door can be equally challenging, especially early on. You have to be very determined and not let instances that could be perceived as failure from deterring you.

The day only has so many hours, so that in and of itself is a challenge. It’s early mornings and late nights, even in a pandemic, so finding time for myself is often difficult. You can’t ever really totally switch off. This is not a career for someone who is looking to clock out at 5pm or leave their work on Friday to pick back up on Monday. The challenge that comes with that is the risk of burnout. Once you come to terms with the lifestyle, it becomes much less of a challenge. You figure out ways to carve out time for yourself and become great at multi-tasking.

The most important aspect you have to realize early on is that your job is not about you. It’s about making sure that your artist is happy, comfortable, and in a good place. You have to learn to deal with problems that might arise in a manner that will not affect anyone around you who does not need to be involved. Staying calm is key, always being able to solve a problem is too. Touring is one of my favourite parts of the job. The energy at shows is unlike anything. I think my love for live music and the concert experience was what really convinced me that this was the career path I wanted. But, it can be one of the loneliest aspects. That’s a challenge for everyone who works in the industry from principal artist to a roadie; the novelty of a hotel room wears off when it’s the fifth new one in as many days and you haven’t seen your friends or family in months. You have to get very good at being alone. That being said, the “obstacles” and overcoming them are a part of what makes the job rewarding. The toughest days are often the ones where I feel the most accomplished!

Can you tell our readers more about what you do and what you think sets you apart from others?
I’m a day to day artist manager, specifically working in the pop side of the music industry. What I do changes every day. I’m the midpoint between my artist and most everything else. Everything comes to me before it reaches them and most everything coming from them goes through me before it reaches other people. I oversee and run shoots, performances, tapings, make sure my artist’s needs are handled and that everything goes smoothly. I specialize in the business of getting things done and accomplished, that can be as seemingly big as overseeing an award show performance or running a campaign to something as small as making sure everyone is fed even when there is no time to eat.

I’d say I’m known for the way I’m able to handle different personalities and for being nice but very firm when it’s required. That’s a big part of any job, but especially this one. I think this is part of what sets me apart, alongside my drive, work ethic and ability to problem-solve. One has to be resilient but also able to adapt.

I feel the most success when I see projects realized, and I know we’ve accomplished what we set out to do. When you see the reactions to something that so many people have poured so much love and worked so tirelessly on, maybe it’s a great review of a song, a shoot that came out particularly well or the roar of a crowd during a performance that’s when I feel the most proud. I don’t know that I can put my finger on one singular thing, there are of course bigger moments where you feel particularly accomplished, arena shows, singles reaching the top 10, seeing campaigns I worked on television, but a lot of the time, the smaller wins feel just as gratifying. All that helps keep the spark and interest in what I do alive.

What sort of changes are you expecting over the next 5-10 years?
What a question to ask someone who works in music! We’re not in the same place we were one year ago, let alone 5, so in terms of predicting what the next 5-10 years could bring, the possibilities truly are endless. Music is more accessible than ever, which is a wonderful thing. We have pretty much the entire music library at our fingertips. The fact that so many artists are able to share what they create with people in a way that once was not possible is beautiful, and the fact that artists are able to be so connected to their fans in new and exciting ways is wonderful too. One of the benefits of the streaming era is just that it’s lead to a lot of music and artist discovery. It has also given songs extended life; just because something was released a year ago, or ten or twenty, doesn’t mean it can’t still become a hit later down the line or become a hit again. Social media has helped in this as well; case and point being kids who had no idea of Fleetwood Mac all of a sudden discovering them over the summer due to a viral video. I think we’ll continue to see the discovery of incredible new talent in a variety of different “nontraditional” ways for starters.

On the flip side of that, I think it will become tougher and tougher to develop staying power as an artist. Brand identity is extremely important; beyond your music, who are you as an artist? Developing that identity will continue to become more and more key to longevity. Once we’re past the pandemic, hopefully the live industry will recover, and we’ll be able to return to concerts and festivals, but I also think that there will continue to be a space for live streaming concerts, particularly as VR headsets become more accessible. I can’t say when we’ll be back to live music, but I do think that when we start up again, it will look a little different for a while. A lot of smaller venues have struggled to survive, the same can be said for a lot of smaller festivals. These are really important places for baby artists as it gives them a platform to perform, they’re also important for fans to be able to experience music in an intimate setting.

In terms of the industry, I think we will continue to see more female-driven leadership as well as young industry talent in decision-making roles. I’m extremely fortunate in that I get to experience this first hand working with so many strong and inspiring women. The landscape is definitely moving in a positive direction, and I believe it will continue to improve. 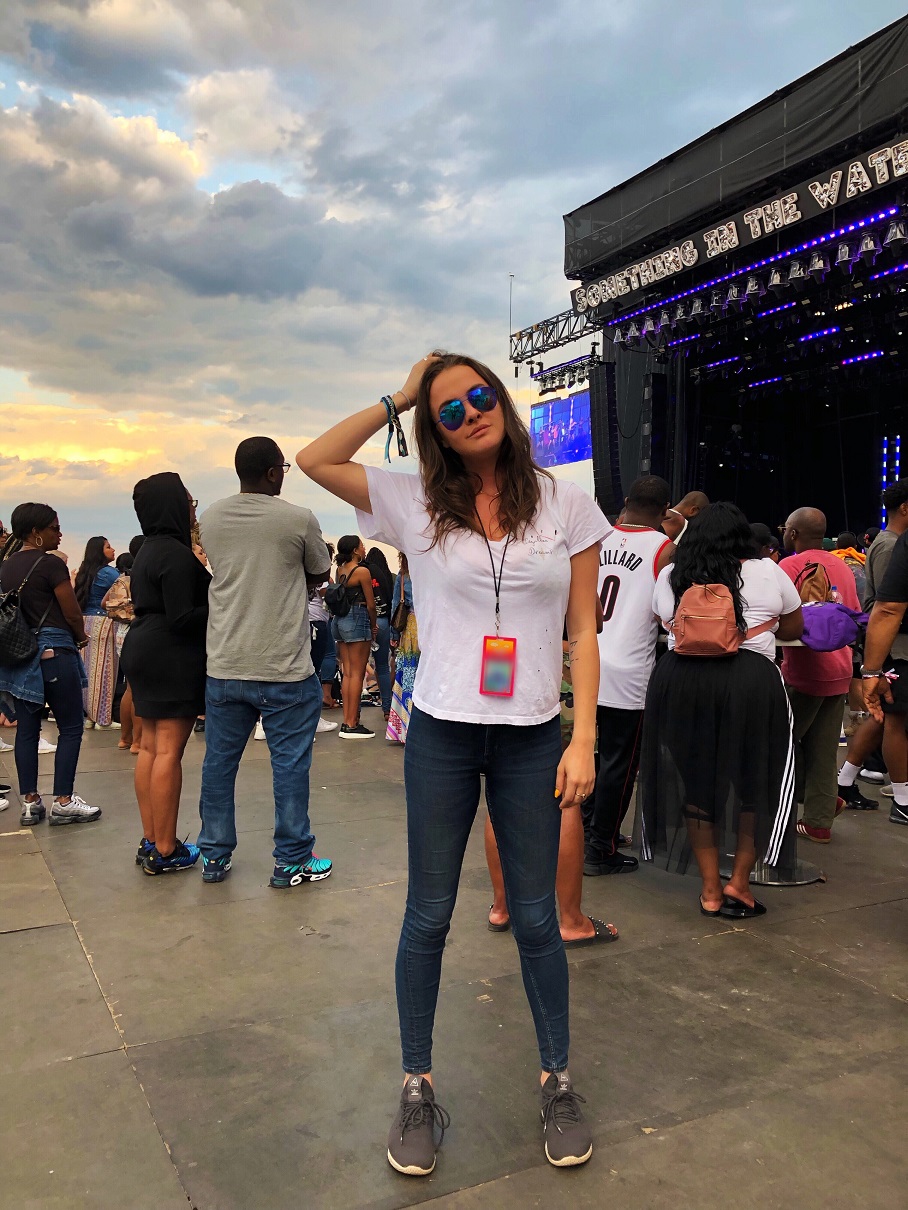 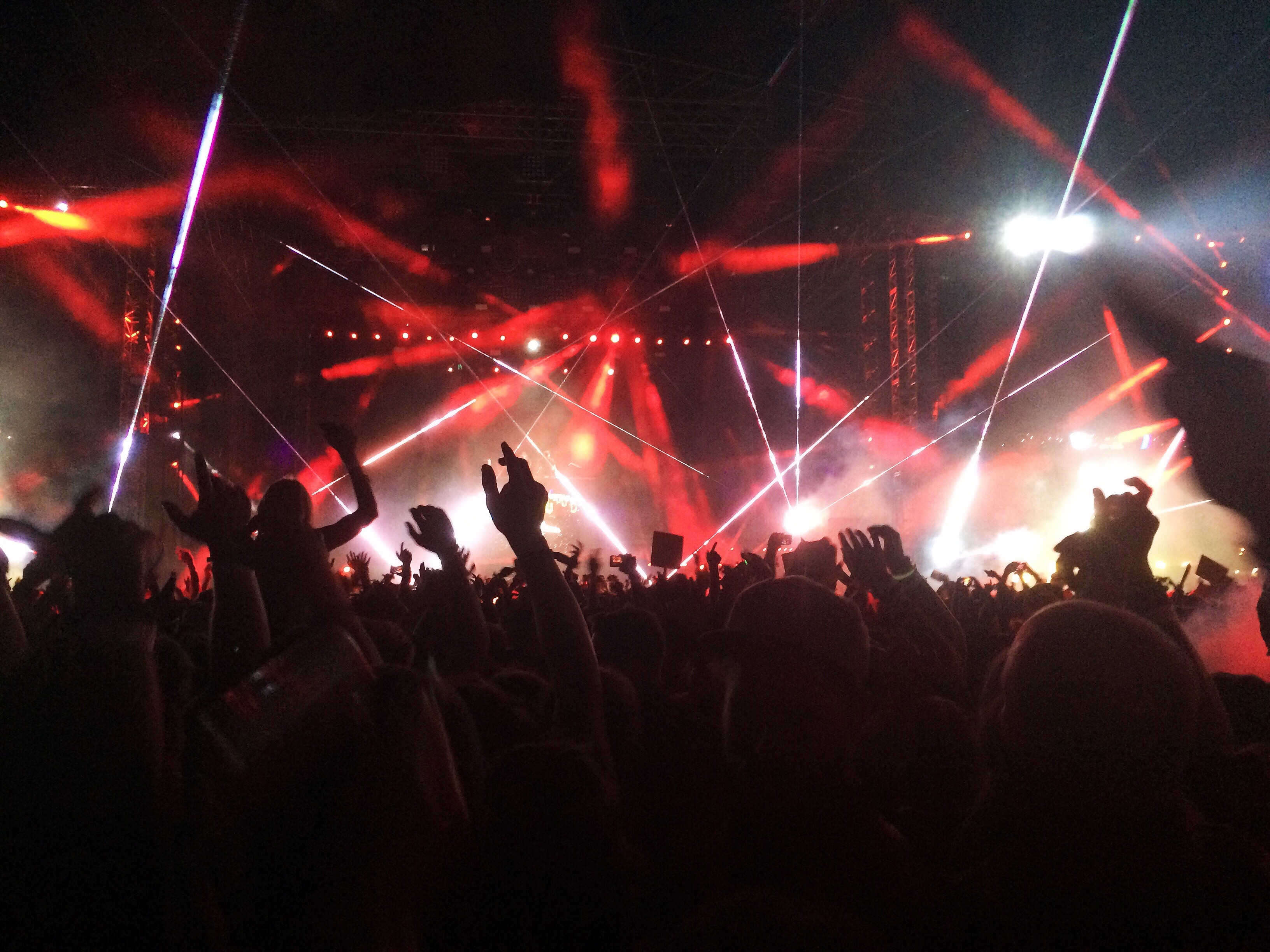 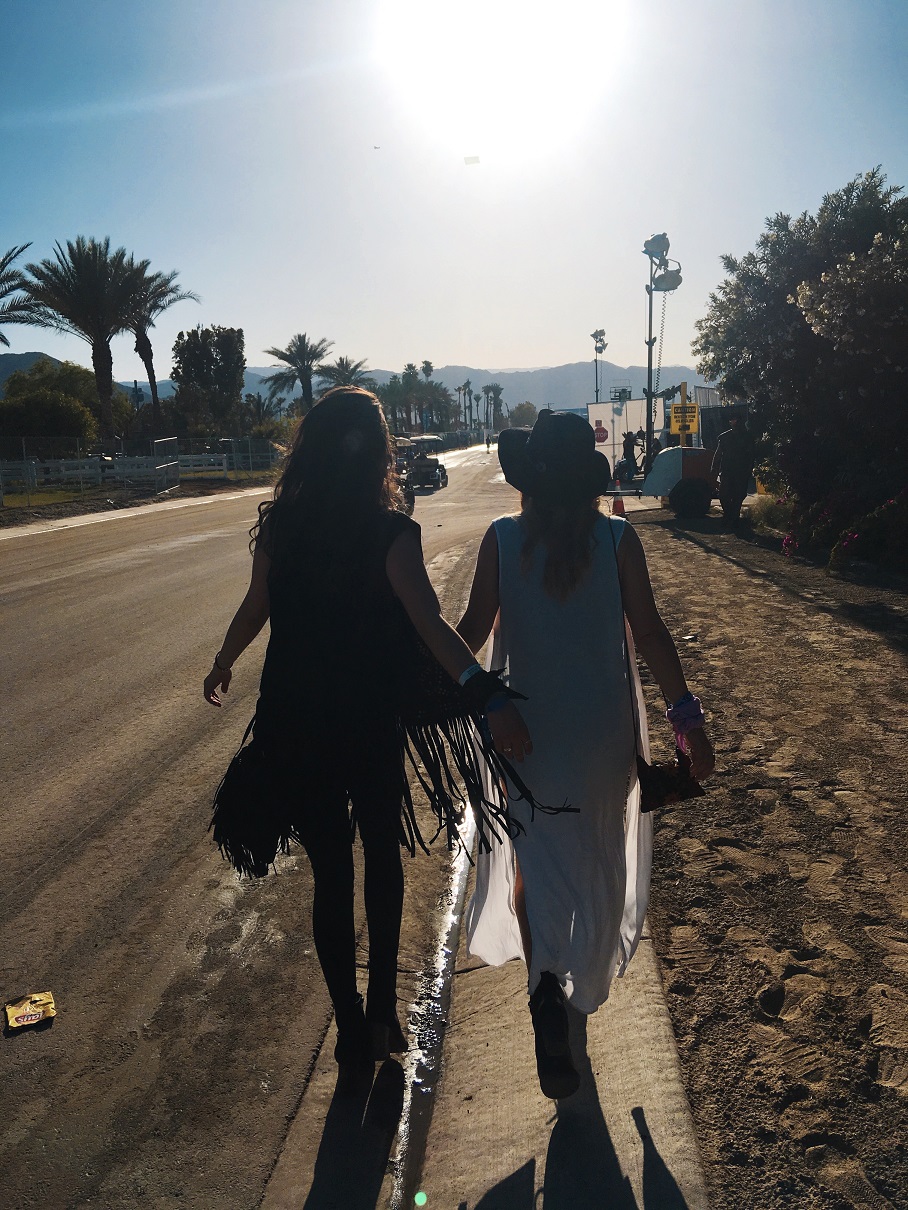 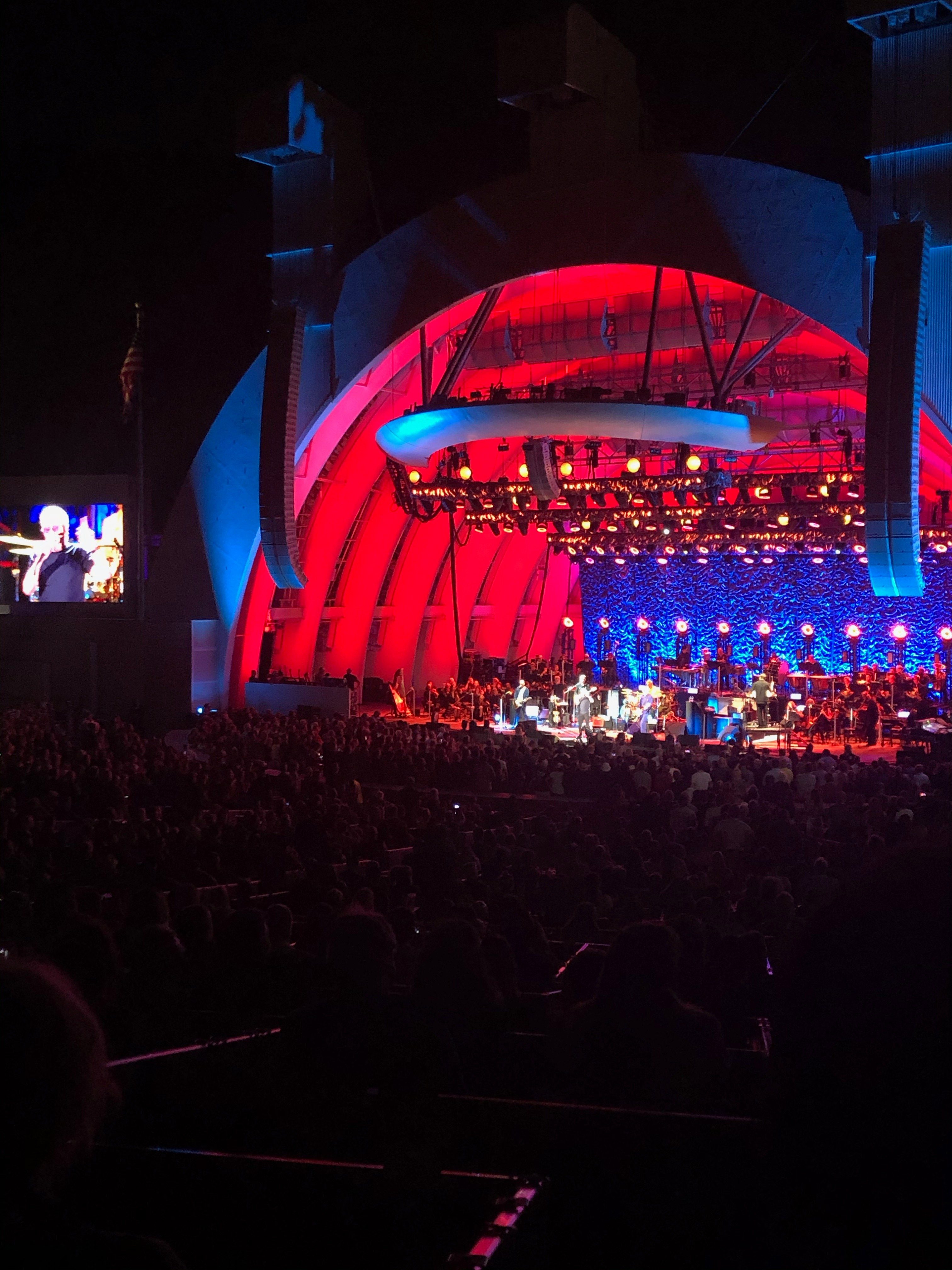