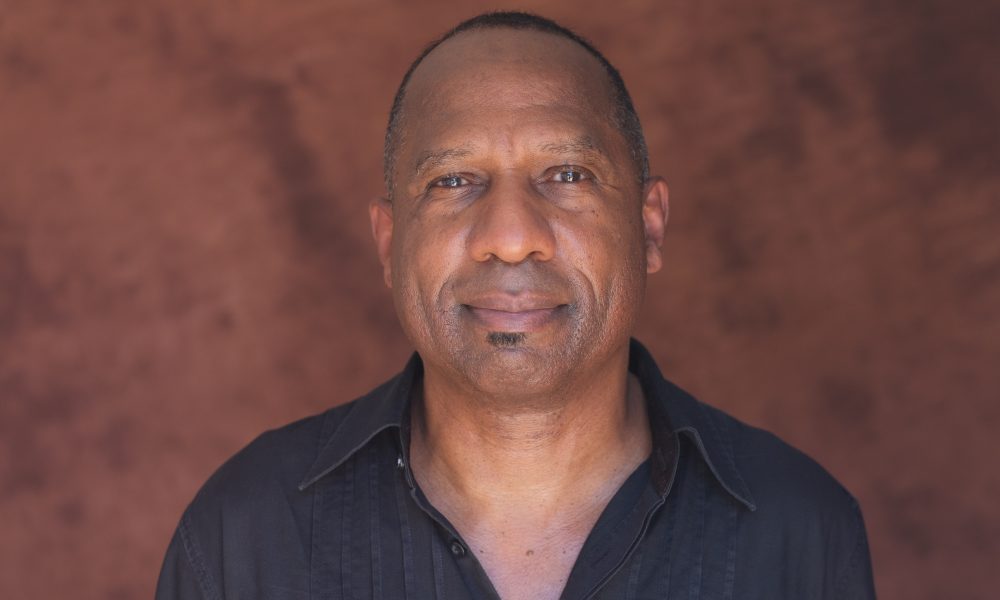 Today we’d like to introduce you to Mike Merritt.

Hi Mike, we’d love for you to start by introducing yourself.
I’m a musician, a bass player originally from Philadelphia, PA. I was inspired by my dad, Jymie Merritt. His career as a bassist spanned the 1950’s and 60’s when he made his reputation as a sideman with some of the most influential figures in jazz, including Art Blakey and the Jazz Messengers, Max Roach, Sonny Rollins, Dizzy Gillespie, Lee Morgan, and many others. When he returned to Philly and left the road because of health issues, it was at the same time that I got interested in music and started playing the bass. He guided me in the beginning, and because of that I was initially interested in being a jazz player like him, but by the time I moved to NYC in the early 1980’s, my own personal musical tastes were more in tune with blues, rock and soul music. But the jazz foundation Jymie gave me helped me immeasurably and made me a well-rounded player. Then I got immersed in the blues scene, going on the road with Texas bluesman Johnny Clyde Copeland. I spent almost ten years touring and recording with him and learned the life of the blues. Through that association, I met pianist and future Rock and Roll Hall of Fame member Johnnie Johnson, who had recorded with Chuck Berry on some of the most iconic early rock recordings ever made. I got a chance to play with Keith Richards because of Johnnie.

During that time, I was also part of a blues scene going on in NYC in the late 1980’s and early 90’s where I freelanced with lots of different artists, people like Joan Osborne, Popa Chubby, and Jimmy Vivino, who eventually introduced me to E Street Band drummer Max Weinberg. In 1993 both he and Jimmy were putting a band together to audition for the new host of NBC’S Late Night, Conan O’ Brien, who was taking over from David Letterman. We got that gig and became the house band on Late Night with Conan O’ Brien for sixteen years. During that time in New York, I kept busy outside of the TV show doing live gigs and recording, and another great experience came my way when Levon Helm asked me to be in his Midnight Ramble Band that did weekend shows at the Barn in Woodstock, NY. Then, in 2009 came the move to Los Angeles when Conan took over The Tonight Show. Our time there was short-lived due to network politics, but we resurfaced after a live US tour in 2010 and moved from network TV to start a new show on basic cable, where I spent eight years doing Conan at TBS, working at stage 15 on the WB lot. Since then, I’ve become actively involved with Musicians’ Local 47 here in LA. I made an ultimately unsuccessful run for Vice President of the local last December, but the campaign was an invaluable experience because it gave me a chance to interact with musicians of just about every style and genre of the LA music scene.

Can you talk to us a bit about the challenges and lessons you’ve learned along the way. Looking back would you say it’s been easy or smooth in retrospect?
The road has had its twists and turns. For me, the personal and the professional have been intertwined. Trying to navigate life and developing as a person while trying to get established and earn a living as a musician is not easy. Living in a place like New York or LA is tough when you’re starting out because it’s expensive and unforgiving. Spending a lot of time on the road is a double-edged sword – when you’re off the road and home, you’re trying to stay busy and work, but then people know you tour a lot so you don’t get called for stuff. So you have to network, even when you don’t feel like it, and you learn, as a freelance player, to take every gig no matter how big or small. I’ve probably worked every dive bar in NY, gigged with an Elvis impersonator, worked in mob joints where there was never an audience because it didn’t matter if anyone was there. I’ve played free jazz and also spent time on the road with Chubby Checker. But these experiences keep you on your toes because you’re constantly having to learn new material and having to deal with different personalities; you’re constantly in new situations and environments, and you always have to be ready for something you haven’t done before. Ahhh……those were the days!

Thanks – so what else should our readers know about your work and what you’re currently focused on?
I play the bass, both upright and electric. My experience has been as a freelance player, backing up different artists either in a live situation or recording. I’m mostly known for being in the house band on Conan O’ Brien’s late-night shows for 25 years. There are a couple of experiences of which I’m really proud, and one of them is an association with a musician I met in New York, who passed away several years ago. His name is Paul Tillotson and he was a pianist and composer and we had a group called The Love Trio, along with drummer James Wormworth. This was a true collaboration, both musical and personal; we created music together, wrote tunes together and had many moments of greatness on stage together. Another situation I’m proud of is being a member of Rock Candy Funk Party, which is another collaborative effort, and my bandmates, Joe Bonamassa, Tal Bergman, Ron DeJesus and Renato Neto write material together and make recordings and have done live shows together. I’m also involved in preserving the legacy of my late father’s work. He made his rep as a sideman, but he was also a composer and band leader and that’s an area in which his efforts are getting more recognition.

I would say I’m most proud of my work on Conan’s shows. The house band on that show played together on over 4,000 hours of TV and we gelled to the point of instinctively knowing each other’s musicality so well that it was magical. The challenge of playing with so many guest artists over the years, from Chet Atkins to BB King, from Slash to Bette Midler, from Jack White to Jack Black, from Brandy to Bonnie Raitt, and knowing I gave them the best bass playing I could deliver, was very satisfying. I like to think that I can relate to the core of what a song is about in a way that gives it a certain groove that’s mine; I’d like to think that what I add is the best representation of what could be played in that moment.

If we knew you growing up, how would we have described you?
I was a very quiet kid. Didn’t talk much at all, kept to myself. I was good in school when I was interested, not so good when I wasn’t. I was, and still am, a movie nut. Love those classic films from back in the day, the ones I grew up watching on TV. My first interest was in film making, as an adolescent, before I got bit by the music bug. 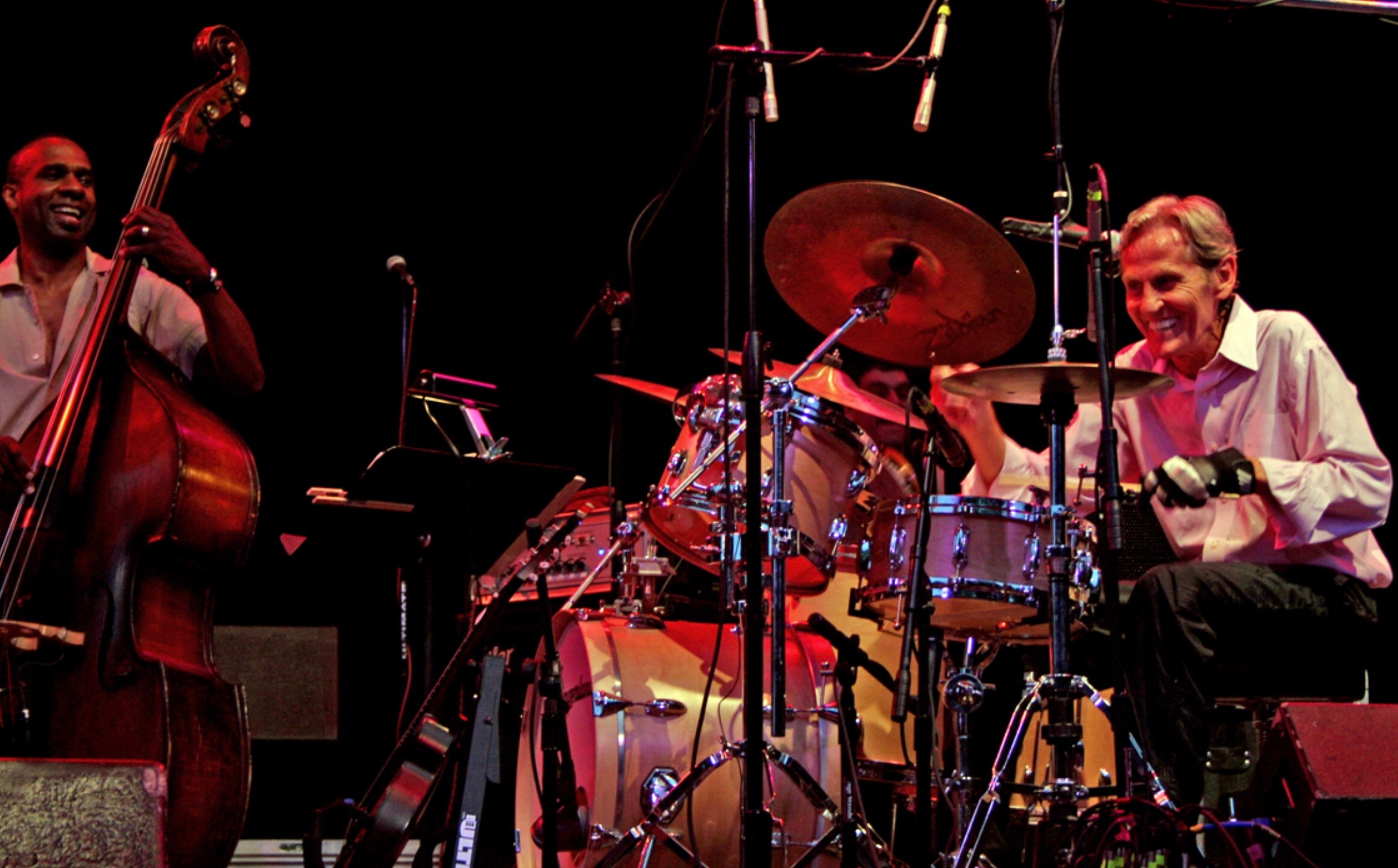 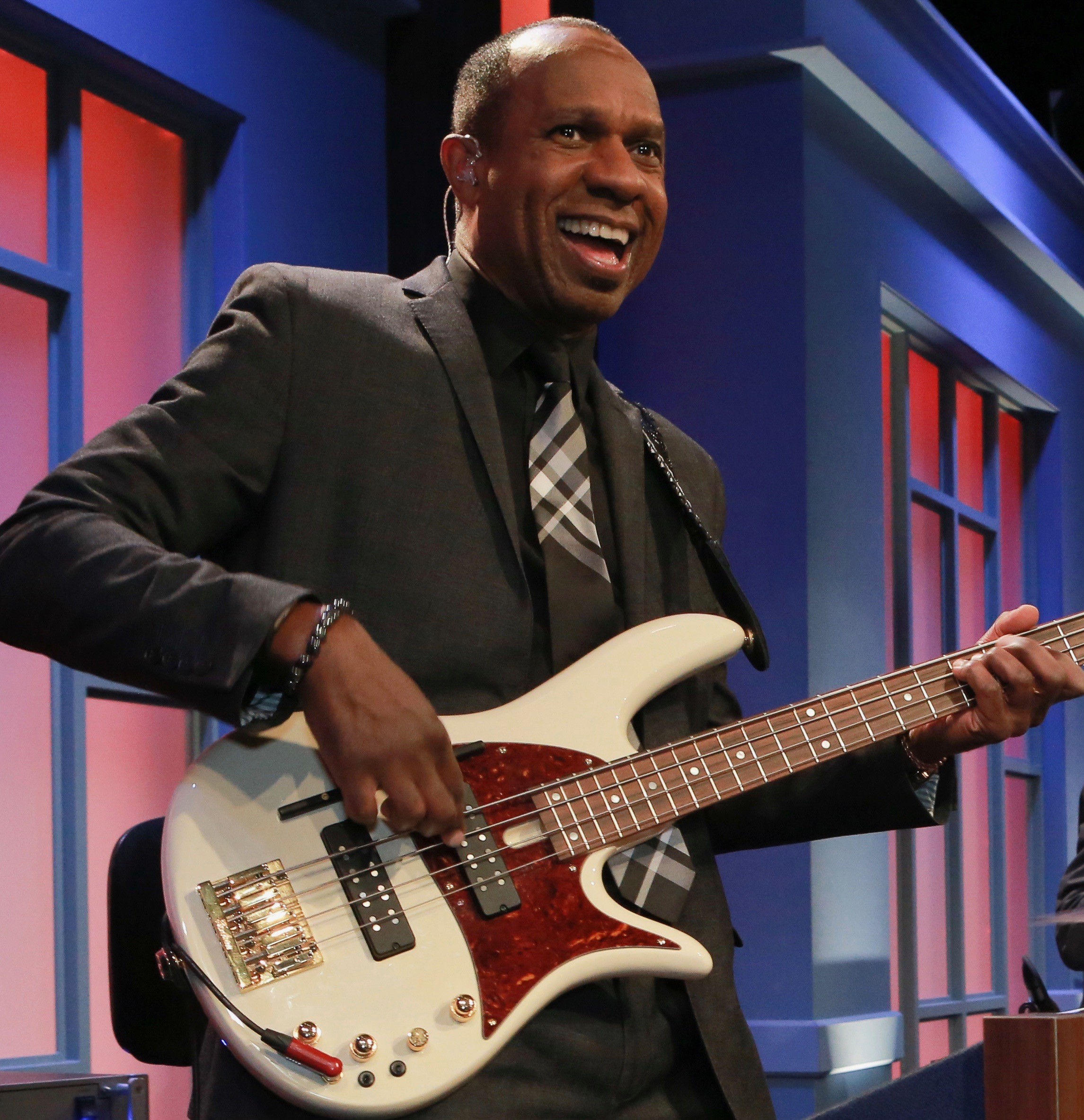 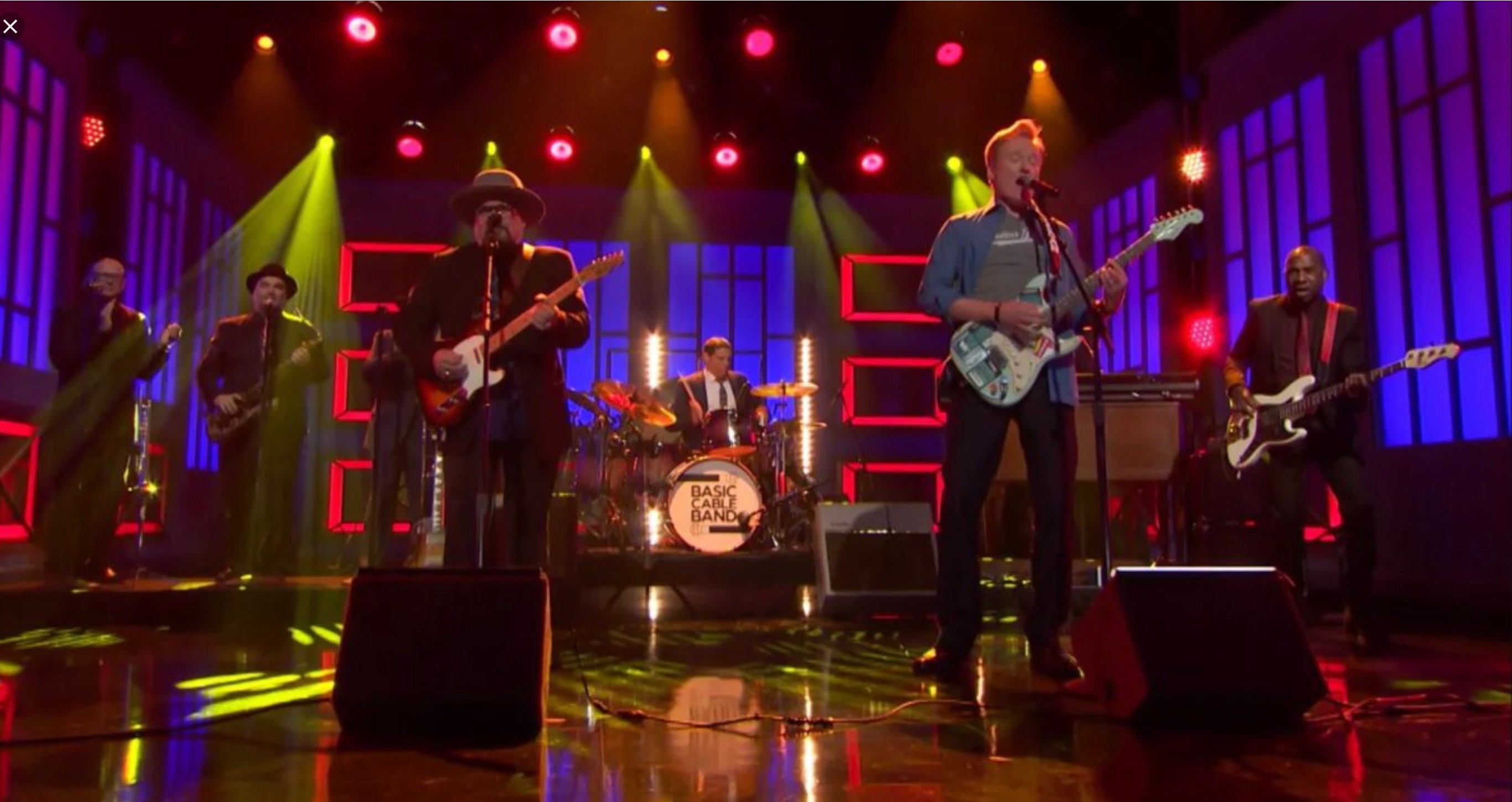 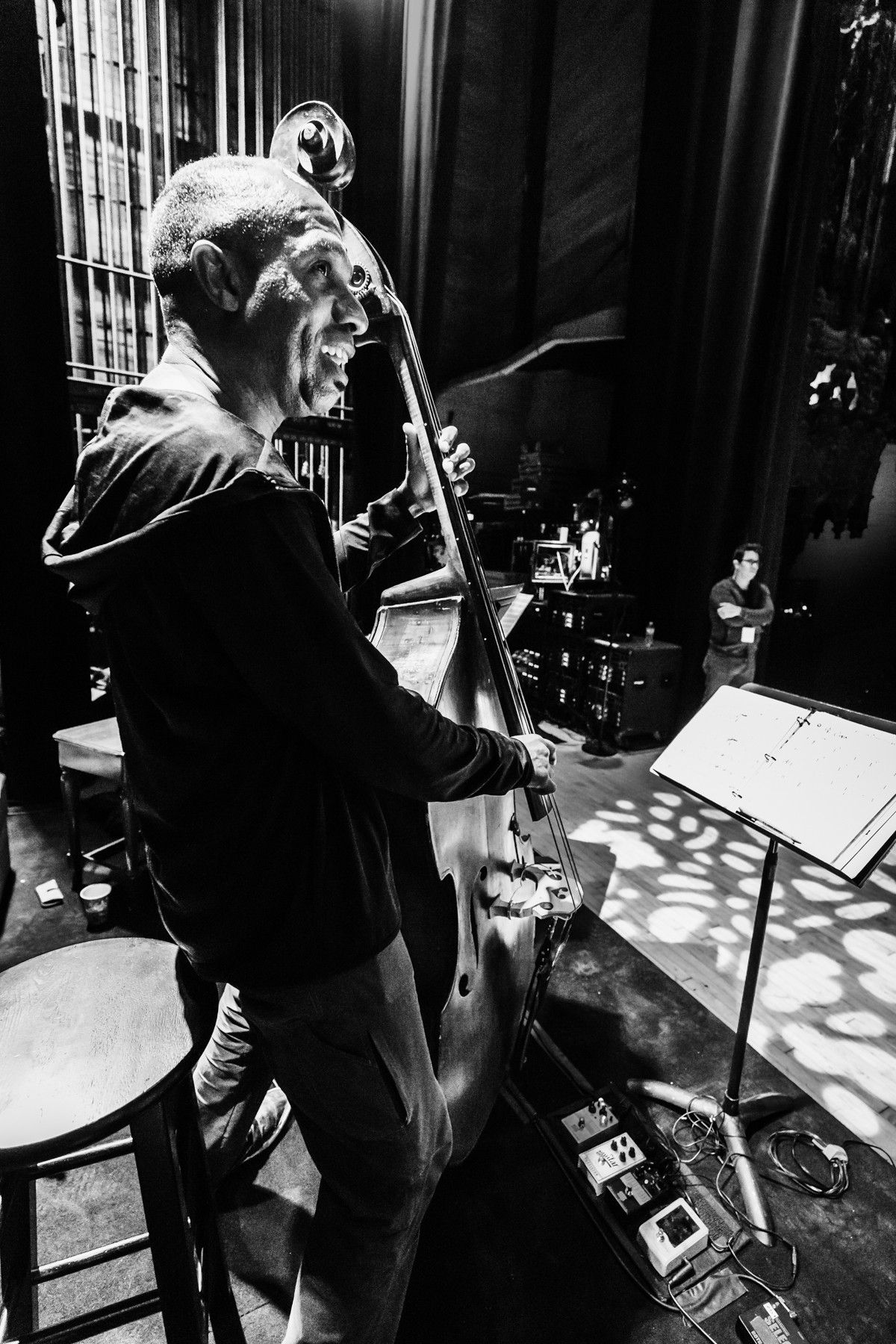