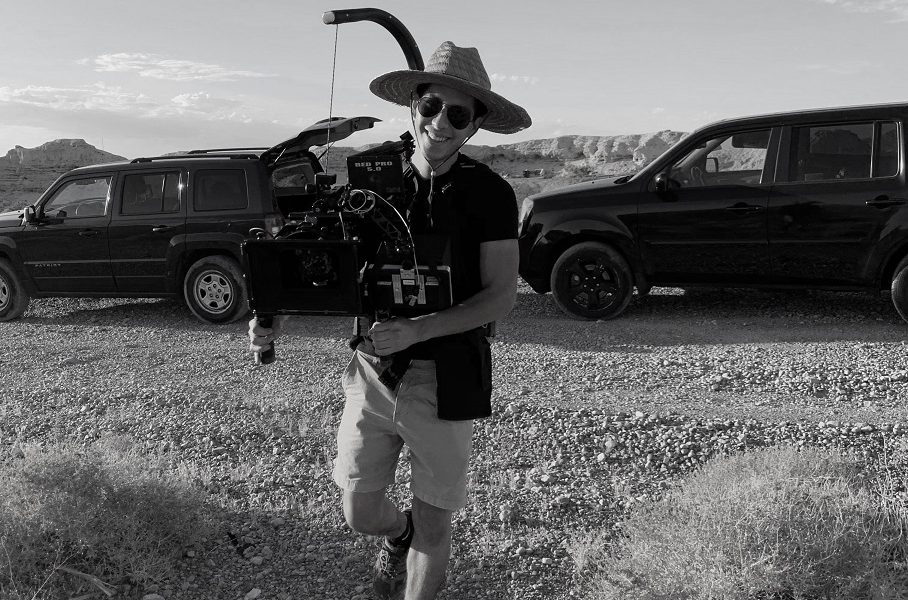 Today we’d like to introduce you to Kevyn Delgado.

Hi Kevyn, it’s an honor to have you on the platform. Thanks for taking the time to share your story with us – to start maybe you can share some of your backstory with our readers?
I first knew I had a big interest in Film after joining the Film Club my freshmen year of High School back in Brooklyn, New York. I decided to attend a private Film school in 2012 called Brooks Institute to obtain my bachelor’s degree. I originally went to film school with the intention of being a Director. But after directing one or two short films in college, I knew that it was not the job for me. So I jumped around different departments to see what I liked the most. I next tried to pursue Editing but quickly found I hated being stuck in front of a computer in a dark room all day. I worked on a bunch of student projects working in the art department which I really liked but it was in the camera department where I found my passion. Specifically being a Director Of Photography. I was fascinated by camera rigs and lighting. Once I discovered I wanted to be a DP, I started to save up for my first cinema camera since I hated the cameras our school offered since they were big, bulky and out of date. I was able to buy my first RED camera about my second year of college. Owing a RED Camera really help me elevate my work to another level. It helped me build a reel capable of getting me to work once I graduated college.

Once leaving film school, I made the move to Los Angeles. Knowing I had to start from the bottom and make a name for myself, I started to work as a Production Assistant on various projects. My first job out of film school was as a PA for Last Call with Carson Daly which I worked on for 2-3 seasons of on and off. Some other shows include The Comedy Central roast of Rob Lowe, Comedy Central roast of Bruce Willis, Comedy Central roast of Alec Baldwin, Family Feud, Drop the Mic, MTV Movie Awards, The gong Show and Food Network Star just to name a few. During my time PAing on shows, I continued to shoot as much as possible. Taking small camera jobs here and there as they would come. Working as a PA was both a blessing and hell. The best thing to come from it were the people I met and the connections I made. Working on the Gong Show is when I met Evan Washington who was another PA on the production team. We got to talking and he mentioned he was working on writing and producing his own show. It was not long after until we started production on Episode one of “For Evan’s Sake”, a low budget, indie web series. For Evan’s Sake has done well for itself, winning the Audience Award at the Pan African Film and Arts Festival. Catch episodes of For Evan’s Sake on RokuTV and streaming on Amazon later this year.

As of last year, I also shoot on a PBS show called “Family Travel With Colleen Kelly” as B camera Operator. We also shoot content for National Geographic Travel for “Trip Sister”. That has been one of my favorite shows to work on to date because of the travel. Being a travel show, I have gotten to travel to Puerto Vallarta Mexico, Monterey California, and Punta Cana Dominican Republic. It’s been an amazing experience getting to travel with my camera in hand capturing the beauty of the world. Since leaving college, I formed a Production Company with a business partner and friend of mine called Lucid Rhino Productions. It was founded by Trevor Rothman and myself and was formed to create commercial and narrative pieces. Our work includes several short films, spec commercials and corporate videos. My current goal is to continue to grow the company and scale our productions.

Would you say it’s been a smooth road, and if not what are some of the biggest challenges you’ve faced along the way?
It has not been a smooth road. The film industry is a tough industry to break into. It was hard to adjust to the freelance lifestyle. Not working everyday or on a set schedule was hard for me since I like to be busy. One of the biggest challenges has certainly been trying to make a name for myself as a DP.

As you know, we’re big fans of you and your work. For our readers who might not be as familiar what can you tell them about what you do?
I’m a Director of Photography aka DP. On a film set the Director of photography is in charge of the lighting & Camera of a production. What sets me apart from others is my background. I was born in Guayaquil Ecuador. Making me one of about 3-4 Ecuadorian DP’s in Los Angeles. Another passion of mine is music. I’ve been playing electric guitar since the 8th grade. Hugely influenced by Carlos Santana. For the past five years, I’ve played lead guitar in So Cal’s #1 Santana Tribute band called Fantana. Being the lead guitarist of Fantana has been such a therapeutic experience. Being able to express myself through music has always been something I’ve loved.

Let’s talk about our city – what do you love? What do you not love?
I love the culture. Being raised in Brooklyn, I grew to know and love diversity. Being Hispanic and Bi-lingual, I found a huge connection with Mexican Culture which Los Angeles has lots of. From amazing Mexican restaurants to stores blasting reggaeton, I feel like I fit in and belong in this city. What I dislike about our city is our traffic. 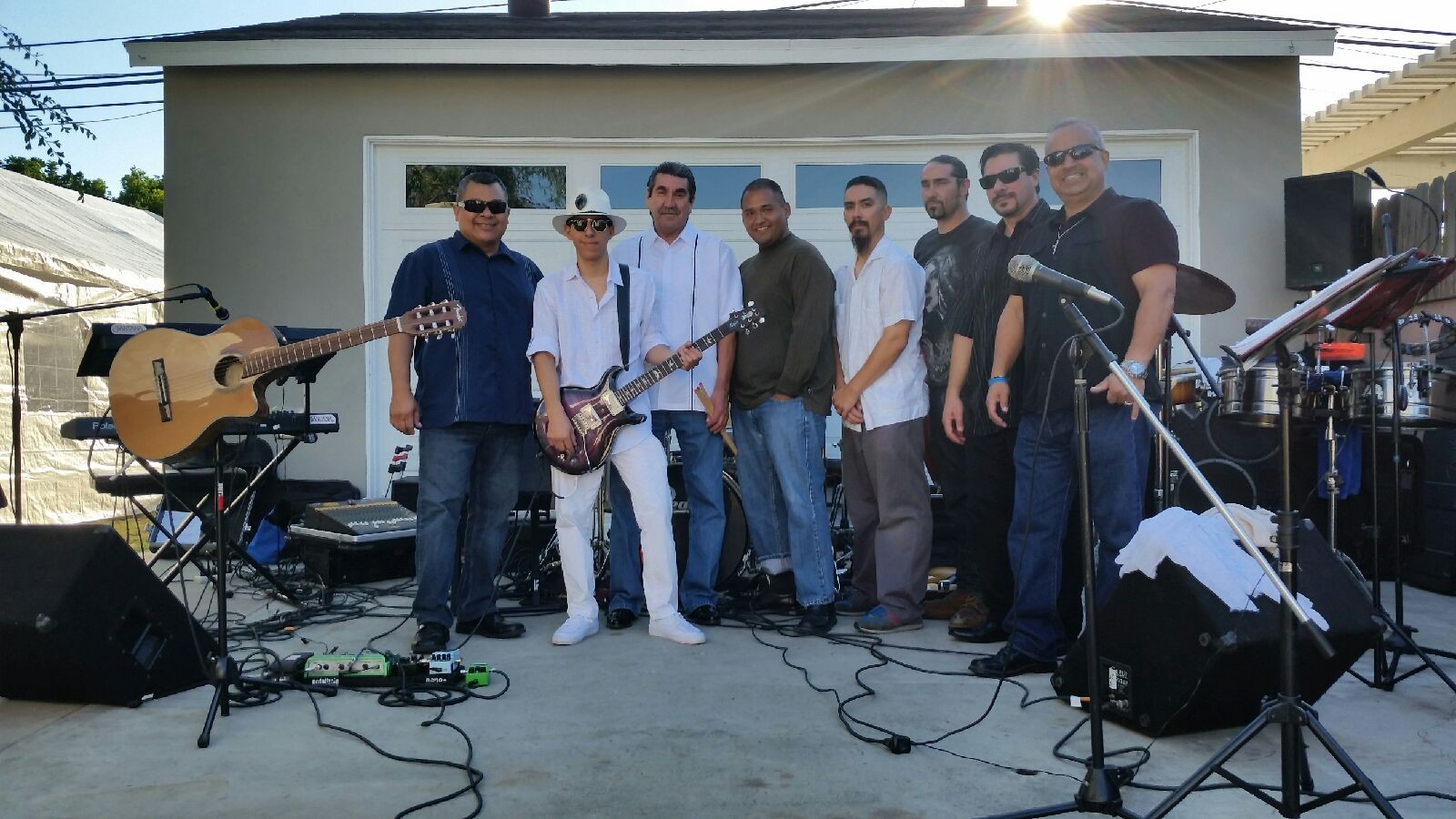 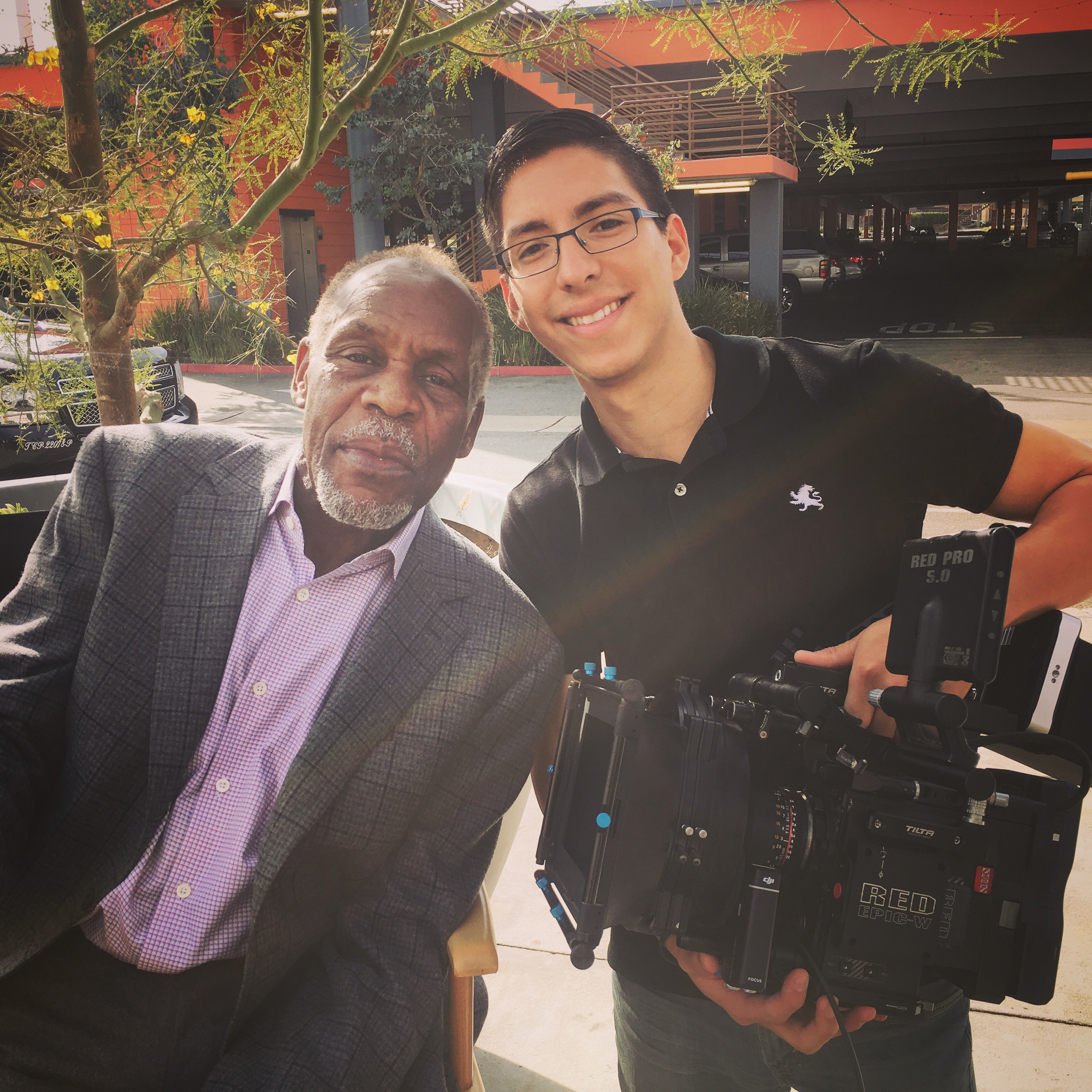 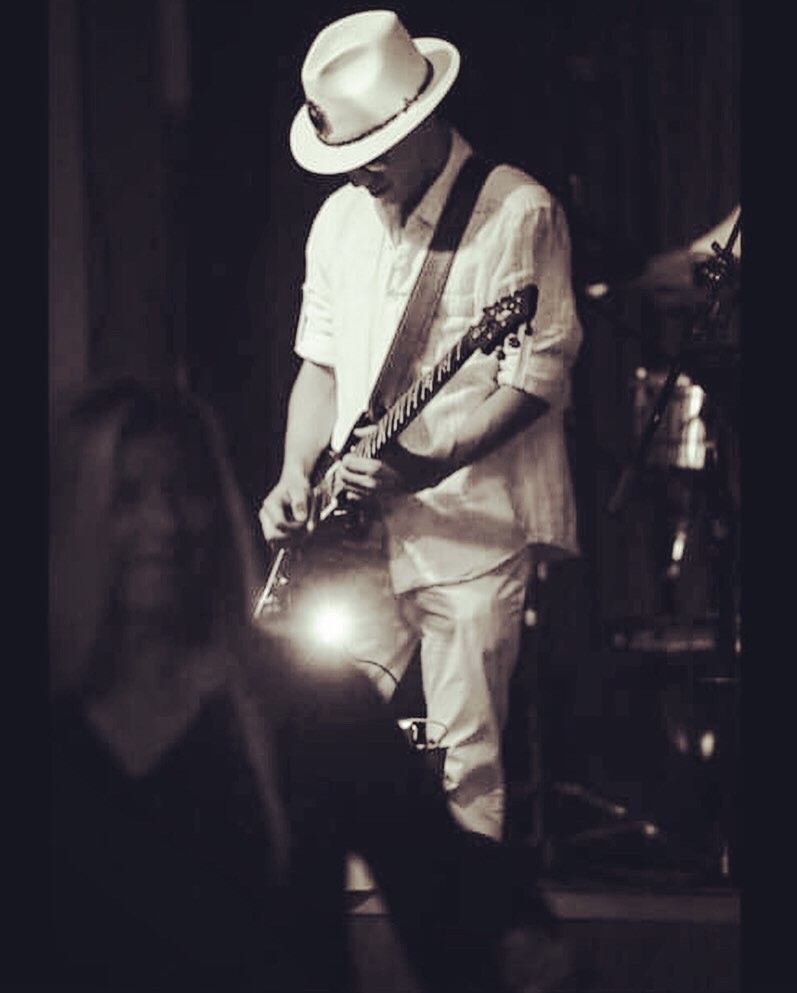 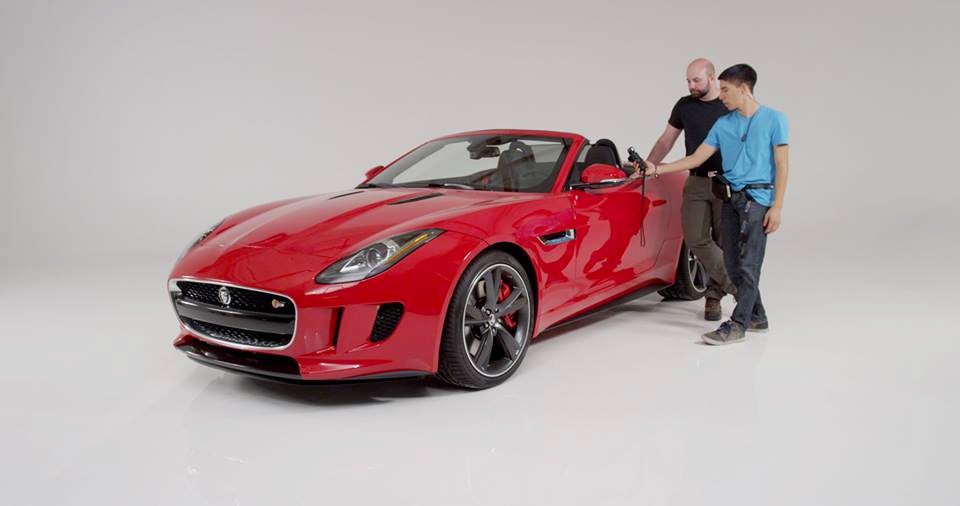 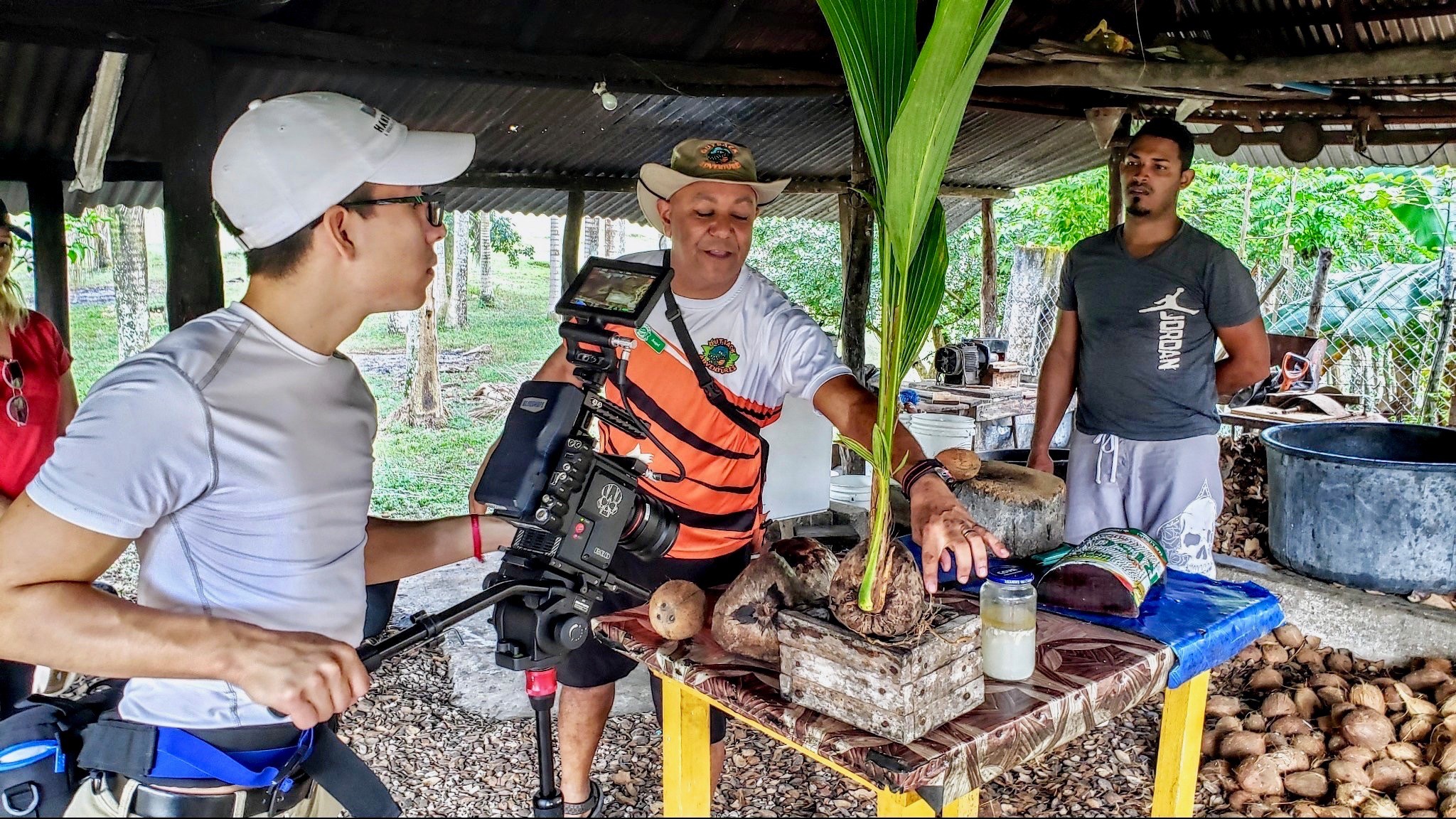 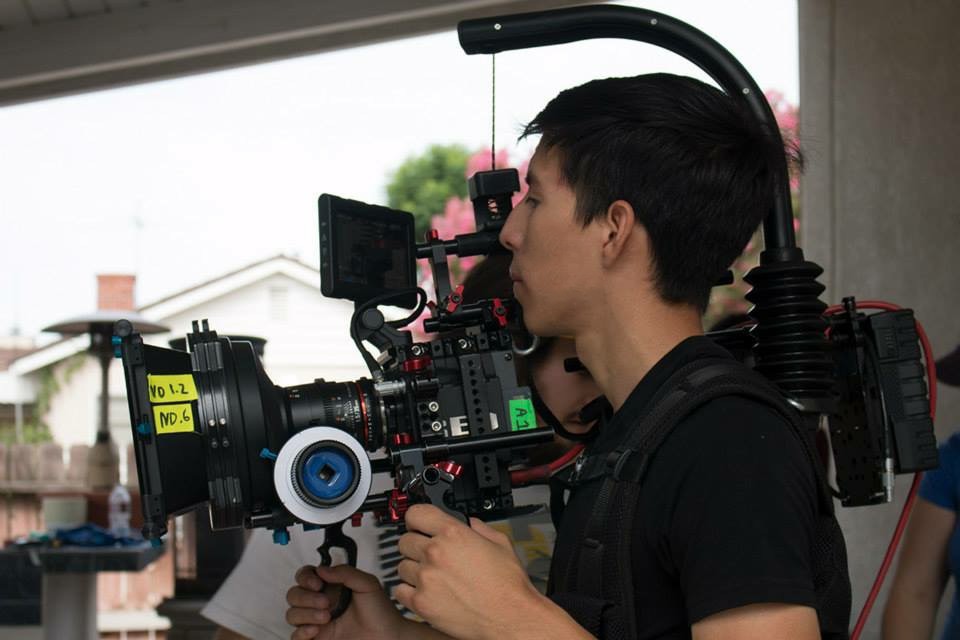