Life and Work with Kayla Baity 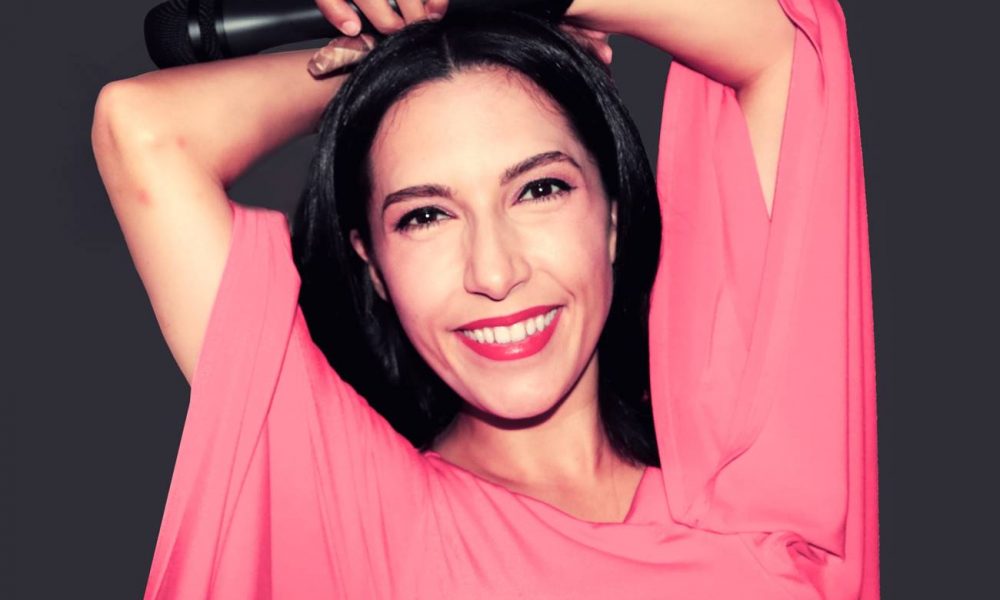 Today we’d like to introduce you to Kayla Baity.

Thanks for sharing your story with us Kayla. So, let’s start at the beginning and we can move on from there.
My MMA reporting aspirations started two years ago, but my passion for the sport sparked around 2005, like many fans when The Ultimate Fighter show was created. After working entertainment gigs in Hollywood, I realized I wanted to tell human stories with depth and profundity. Everyone has a reason why they fight and what keeps them going. The sport of martial arts and its athletes show a truthful side I don’t think we see in other areas of entertainment. When I noticed that more women were competing and working in the sport, I thought I’d give it a shot, there must be girls like me who enjoy MMA as I do. That’s when fangirlmma was created, I wanted to provide info and news to new fans of the sport and provide a female fan’s perspective. I started posting content on social media as it’ grown to be a huge source of how people receive news now. Then, I started reaching out to local promotions asking if I could provide interviews with their fighters for them. I’ll always remember my first interview in Vegas, the fighter had just won by KO on his biggest stage to date. His adrenaline was so intense, I felt the rush of his win and the hard work he put in leading up to the fight. I was hooked, the moment you spend with a fighter after they’ve put it all out there is incredibly special to capture. Over the past two years, I’ve worked freelance with several news outlets learning from each event and my next assignment is UFC 229 Conor Mcgregor vs. Khabib Nurmagomedov for the UFC lightweight title.

Overall, has it been relatively smooth? If not, what were some of the struggles along the way?
Though I am so grateful, I’ve found success in a short amount of time, it’s had its lows. One of the biggest things I’ve recently reflected on is staying true to myself and my brand. Everyone’s a critic and wants to tell you how things should be done. Man, have I received criticism and it’s easy to feed into making you question yourself. Screw um! I don’t think there is a cookie cutter way to achieving success. Find something you’re passionate about and you’ll put in the work because you love it. People will respond well because they will feel your passion. Be kind, I continue to work in this field because I spend the time to build relationships and network. In doing so, people want to pay it forward and see me succeed.

Advice for young women, be safe. Unfortunately, there’s much more progress that needs to happen to ensure women to be safe in a work environment. Working in a male-dominated sport has shown me some awful truths that I hope to one day share more in-depth to help others. I experience manipulation, sexism, harassment and suppressing on a daily basis. But it’s also what drives me. It would be nice to share an interview and the first response not be “she must be sleeping with that fighter.” We’ll get there.

And support each other! It’s not just men who try to keep us in the ‘Barbie on the air’ era.

Please tell us about fangirlmma.
I’m most proud of my social media which sounds lame because fulfillment doesn’t depend on followers. But I’ve created a platform that gets the discussion going, that I work on every day to connect with people from all over the world about a sport and or lifestyle we enjoy. I pride myself on being included in the small percentage of female reporters working MMA events. It can be uncomfortable at times but I think it should be the norm to have female energy present. Especially, when women are fighting. Again, I find the sport so truthful and raw so if one of my interviews sharing that side of a fighter can inspire someone that makes me feel good.

Oh, and I also started training myself, to be a more educated reporter. So, I’m also proud of my triangle finish, it’s getting good.

Were there people and/or experiences you had in your childhood that you feel laid the foundation for your success?
I think life tests everyone to set them up for who they’re supposed to be or what they’re supposed to achieve. It’s hard to narrow down a couple of experiences that have helped me become who I am or what I’m achieving currently. I am a naturally welcoming person or empath with this creative, determined mindset so telling stories to entertain or help others feels like what I am supposed to do. 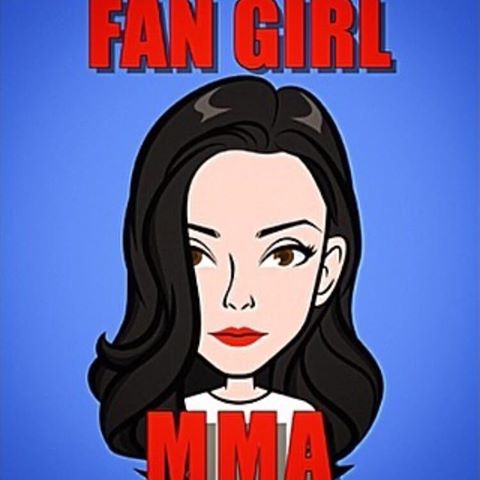 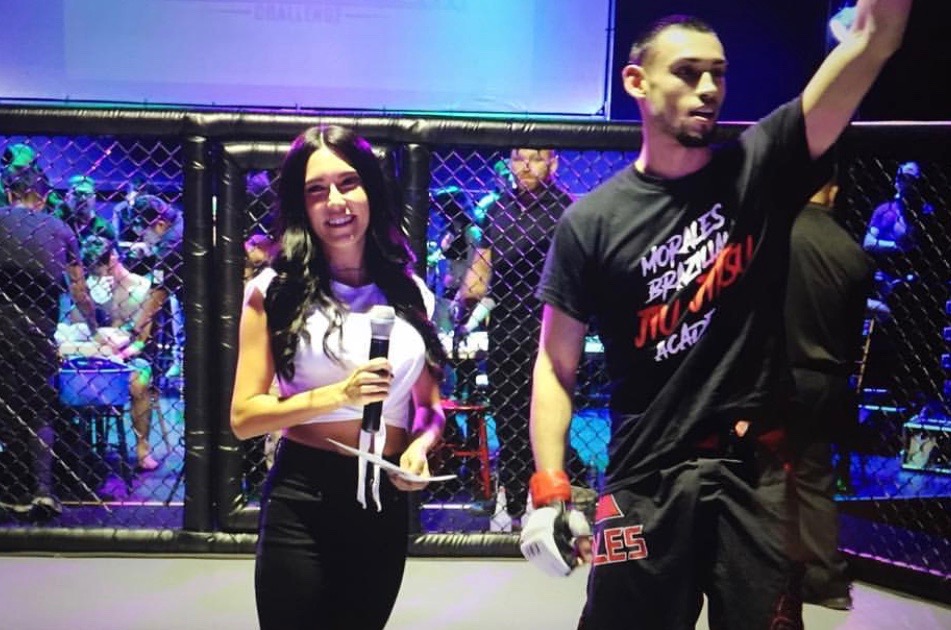 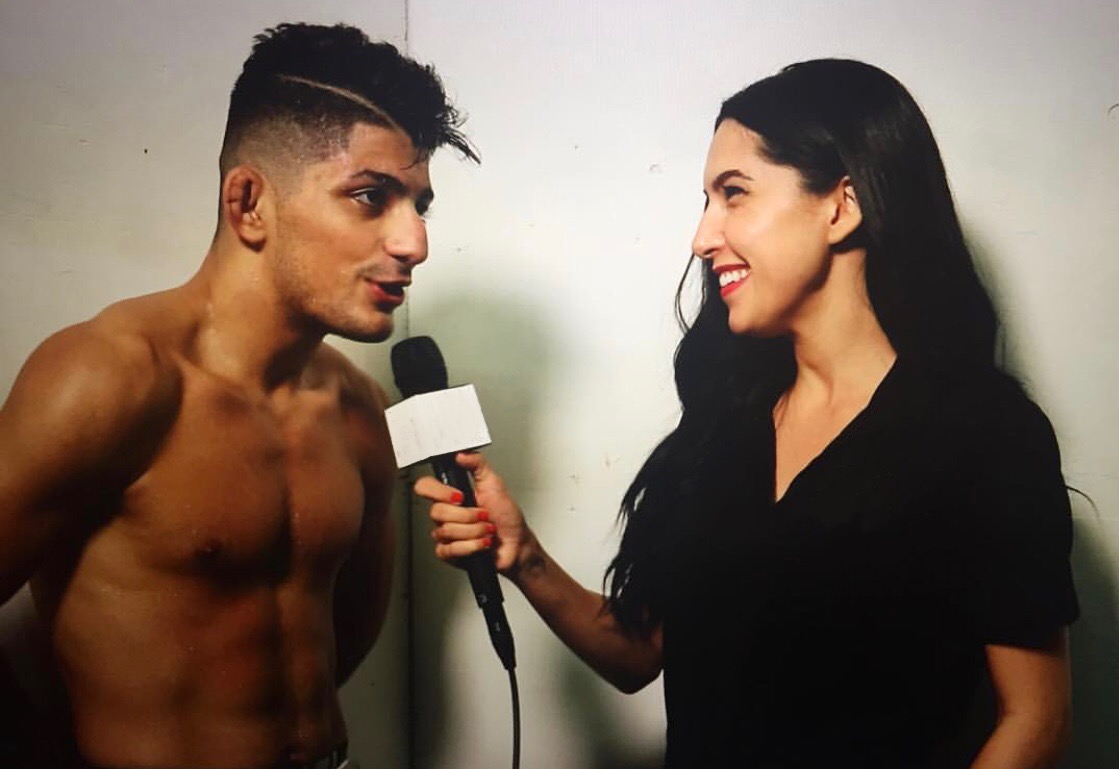 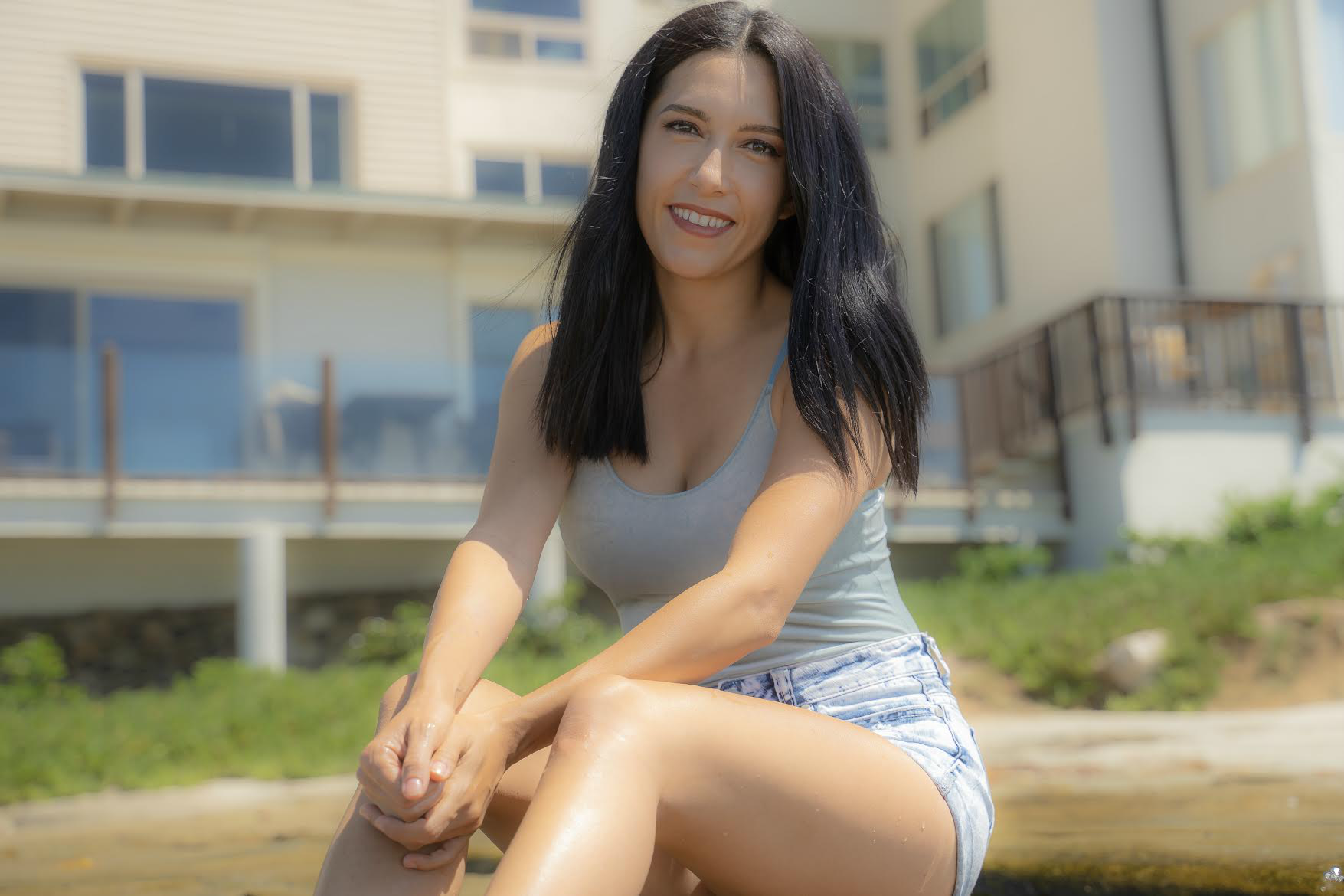 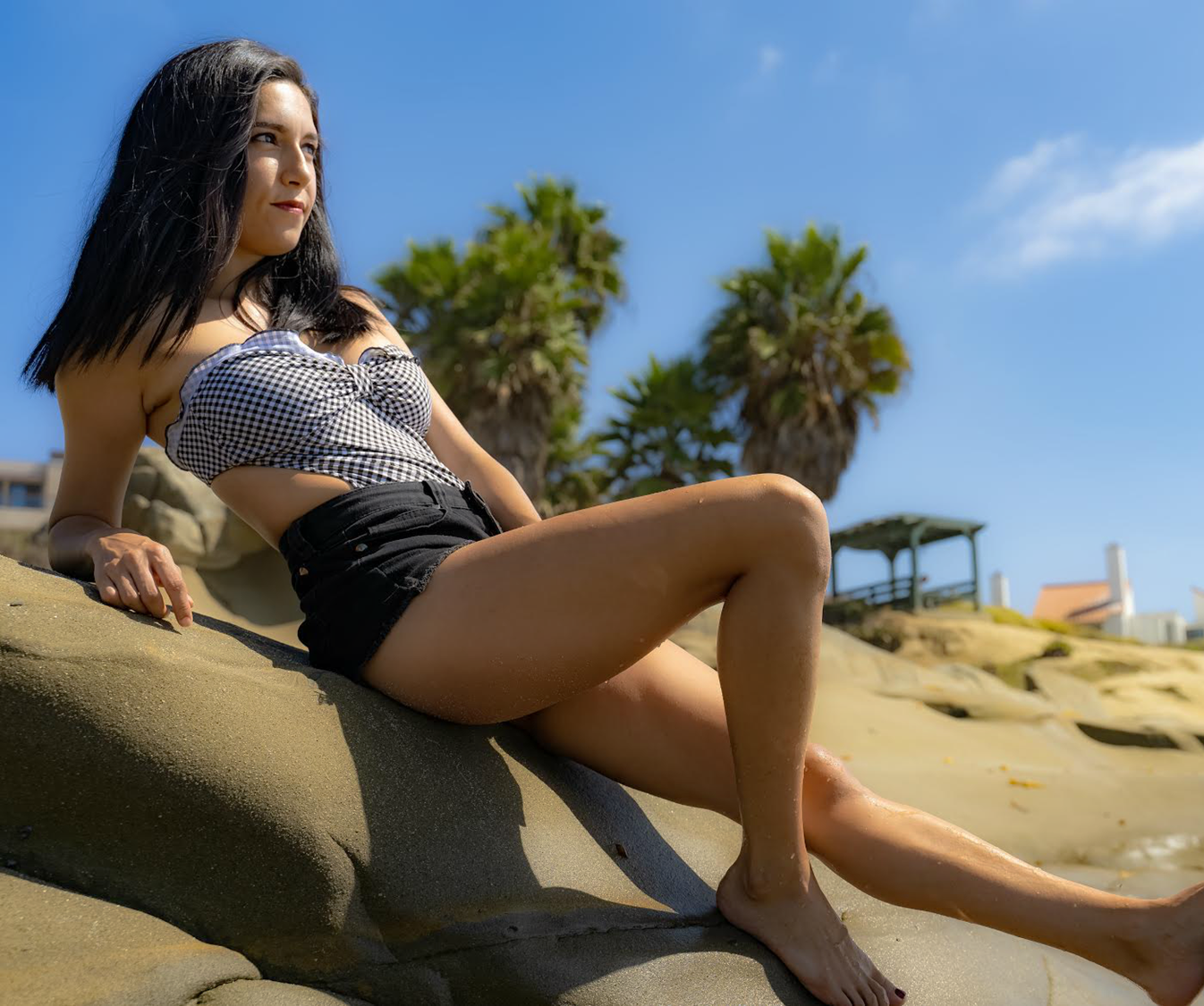 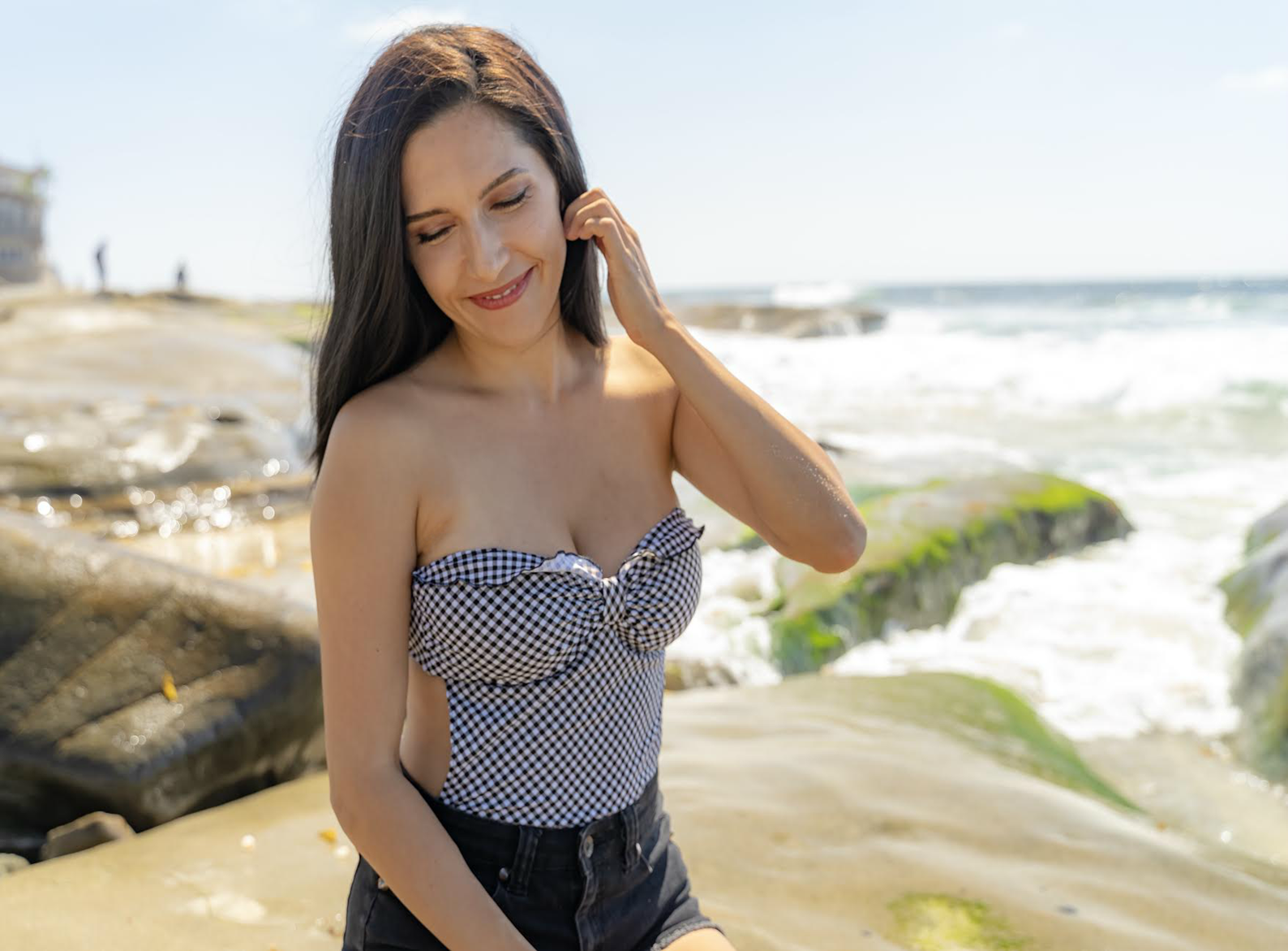 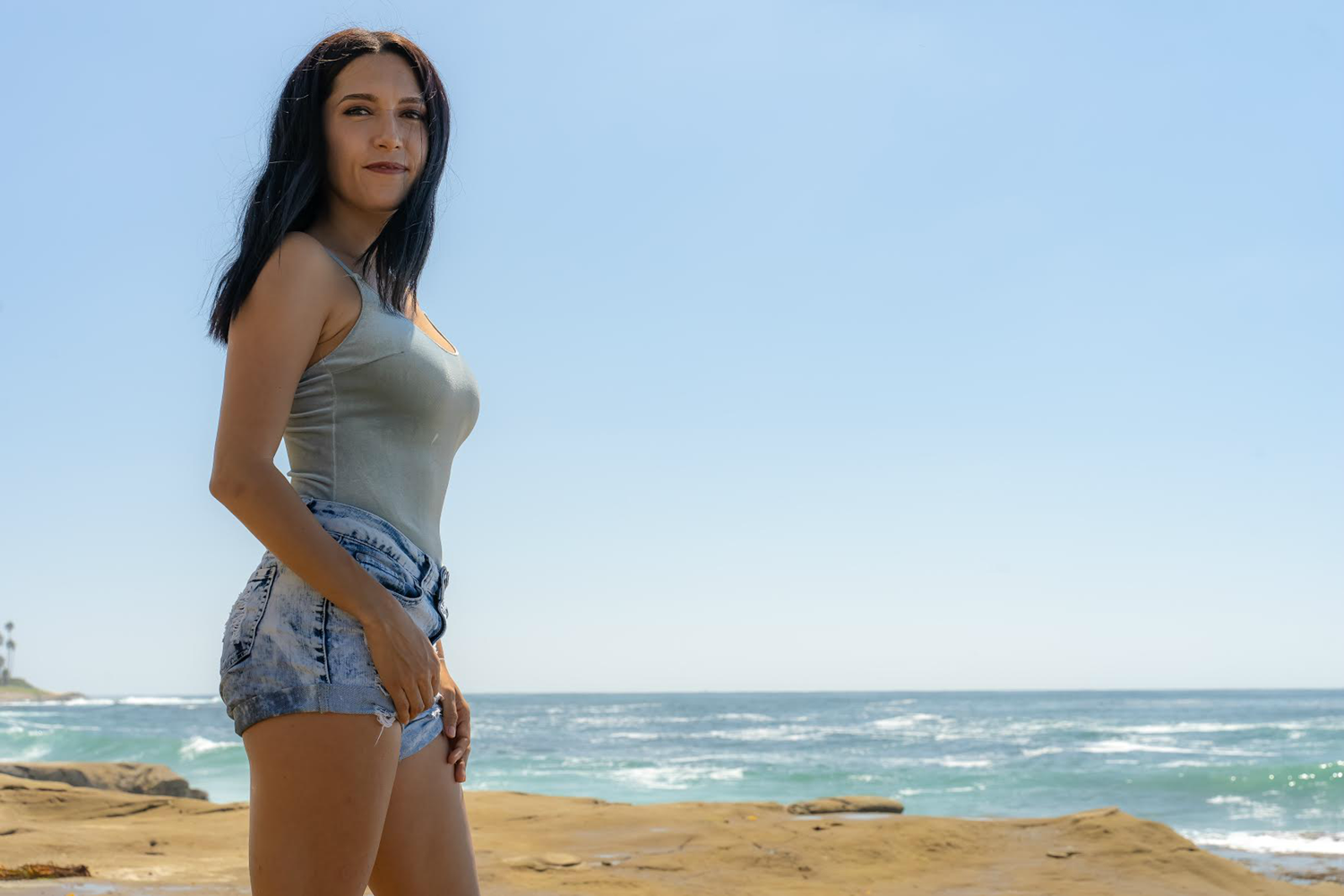