Life and Work with Katie Reese 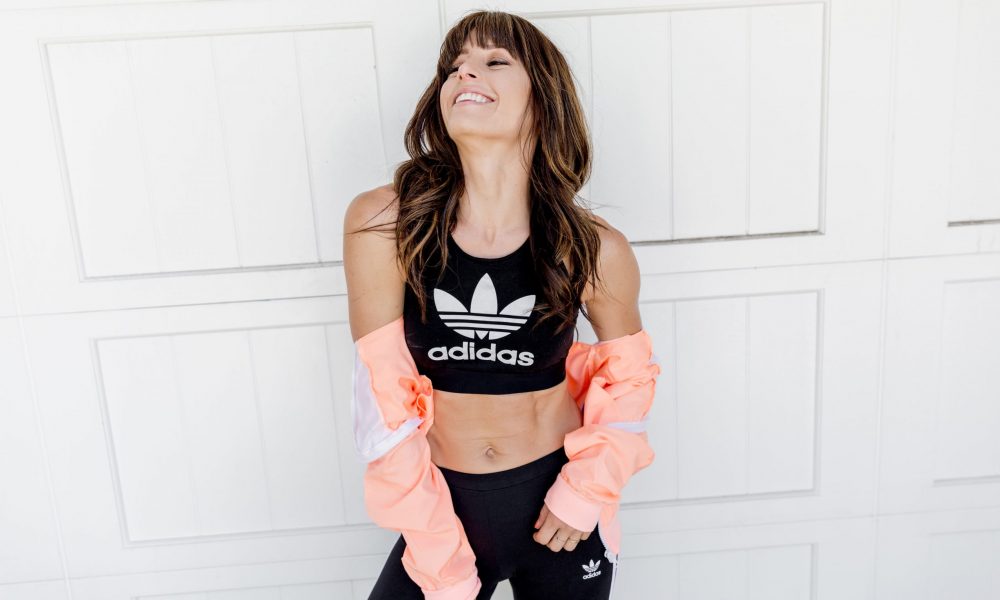 Today we’d like to introduce you to Katie Reese.

Katie, can you briefly walk us through your story – how you started and how you got to where you are today.
I grew up in Michigan with parents who put me in just about every activity you could imagine. Ultimately, they let me choose what I liked and excelled at. However, my mother put me in ballet for two particular reasons. 1. Her mother didn’t let her dance, and she was passionate about dancing. 2. I was always a very eager and an active child. I skipped crawling and immediately started walking. My muscles and bones weren’t ready, and I became bow-legged. The doctor suggested ballet to straighten out my legs and build muscle. So that’s how dance became apart of my life. I was quite a Tomboy growing up, and I was always trying to keep up with my two older brothers.

All of us played sports, but I was the only one who loved sports and stuck with playing them. So I grew up dancing competitively and playing travel soccer and basketball mainly. Later in high school, I had to choose between sports and dance because of the time commitments. I chose dance because it was an outlet for my emotions and a way for me to feel creative and free. I knew I wanted to dance professionally from an early age. My parents were very supportive and believed in me so they did whatever they could to help out and support me.

I ended up going to college at Western Michigan University and studying dance, graduating with a bachelors of arts in dance. It wasn’t til my junior year that I knew I wanted to move to Los Angeles and be a commercial dancer. I have always been a hard worker, not the most talented or gifted, but the hardest worker in the room. I’ve always taken criticism with grace, saw failure as a learning tool and went after what I wanted. My junior and senior year of college I was driving two hours to Detroit, MI every weekend to dance with an all-girl group called The Detroit Dolls at that time. Little did I know making this extra effort would give me the connections to find out about a dance audition for “ A Very Harold and Kumar Christmas” movie. I auditioned in Detroit ( at this time, lots of movies were being filmed here) I booked the job with about four other Michigan locals, and we worked about a week with the entire Los Angeles production film crew, actors and other dancers flown from Los Angeles. This would be my first professional dance job, first SAG Union job, the first movie, and the first time I realized I absolutely loved being on set. Fast forward, I saved up money and graduated college then moved two weeks later to Los Angeles, CA.

I signed with my first dance agency and started auditioning for dance jobs which included commercials, music videos, live shows, etc. About three years later, I switched agencies and had a fitness audition for Beach Body. I booked this job and filmed my first fitness videos. This job opened doors and opportunities for sports and fitness jobs for me. I realized I didn’t have to throw out my sports training, and in fact, it was super valuable for me. I started being sent out for more sports auditions as well as dance auditions.

I am fortunate to have agents that I’m currently with who believed in me and saw my potential because two years ago my sports agent, Kurt started sending me out commercially. I didn’t have any acting experience at that time nor did I really understand the commercial acting scene. I remember getting a casting for a U.S. army SAG National commercial. I thought to myself that there was no way I would book this job because I didn’t have experience with acting or feel that I fit the role. I went into the casting dressed the part and did the 5-minute improv casting had us do and then left. My agent called me about two days later and said I booked it. Not only was this one of my first acting commercials, but it was also a huge national that I didn’t know would open even more doors.

I fell in love with acting soon after and have taken many classes and still continue to learn and train in all my crafts. I feel lucky to have such great agents, supportive friends and family and three passionate career fields. By no means has my journey been easy or has anything been handed to me. I fully believe that if you put your energy toward what you want in life, then there’s no way the world won’t give it to you. Since I’ve started dancing, acting and doing sports modeling I’ve worked on jobs for Adidas, Champion, Reebok, Asics, Mattel, Old Navy, Mind Body app, Ogio, US army, crash bandicoot, Comedy Central, a very Harold and Kumar Christmas , bcbg, Bon Jovi tour visuals, Capital Cities, All American Rejects, Venetian Las Vegas, James cordon carpool karaoke, the greatest showman live commercial, visa, and many more

We’re always bombarded by how great it is to pursue your passion, etc. – but we’ve spoken with enough people to know that it’s not always easy. Overall, would you say things have been easy for you?
My Journey and career have never been a smooth ride, but every bit was and is worth it. I really love what I do, and I am extremely passionate about my career as well. Every day I am judged, compared, criticized, rejected, etc. you have to be very secure with who you are as a person and be able to handle the negative and not take anything personally. You will hear more no’s than yes’s, but every “yes” makes up for all the “no’s,” Everyone in LA in beautiful and talented, that’s why we all moved here. Nothing has ever come easily to me, and I am not the most talented.

I work extremely hard, and I go after what I want, I take criticism with grace, I don’t blame others or myself when things don’t go how I want them too. Instead I try again, and again and again and I don’t give up. I’m patient but persistent, and I am constantly setting goals, making plans and taking action. I speak kindly to everyone and stay humble. My advice is to own who you are and be secure with who you are. You are not supposed to be like anyone else or duplicate anyone’s success. Everyone has a different journey, and there are paths for everyone. Embrace what makes you unique, be kind, surround yourself with like-minded and supportive people, don’t care so much about what’s not important, if you want to do something .. make a plan and make it happen.

So, as you know, we’re impressed with your work. Tell our readers more, for example, what you’re most proud of and what sets you apart from others.
I am a professional dancer, a sports model, and commercial actor. I come from a background in dance and sports. My day to day life is fitness training, training in dance, auditioning, working on set, social media, emails, networking, creating content, photo shoots, etc. it’s a constant hustle that is unpredictable and doesn’t stop. I’d say I’m known for mixing all my passions together and my athleticism, versatility, being a go-getter and inspiring an uplifting others.

I’m most proud of all my accomplishments. I’ve always been a hard worker, and I’ve worked extremely hard to achieve every credit, job, etc. I am proud of my work ethic and how passionate I am. I think what sets me apart from others is my versatility, athleticism, and positive mindset. I’m able to show up to a fitness job and do whatever they need athletically plus more. I’m able to fuse dance and fitness together. Both dance and fitness have helped tremendously in my commercial acting career as well. I’d also say I’m a very positive and passionate person and I like to help and support others, especially my friends. I hope to inspire the younger generation to follow their dreams, trust their passion, find their purpose and show them they can be the Wonder Woman that they want to be.

Often it feels as if the media, by and large, is only focused on the obstacles faced by women, but we feel it’s important to also look for the opportunities. In your view, are there opportunities that you see that women are particularly well positioned for?
Being in the sports modeling industry, I’ve realized the power woman have both physically and mentally. Women are completely capable of doing anything a man can do and so much more. I love seeing how women are pursuing sports and fitness, a field that used to be dominated by men. The sports industry is still dominated by men, but I feel we are making breakthroughs and breaking down the barriers. I would love to see more woman in the sports broadcasting field, coaching, or even managing sports and teams. The same goes with acting. Most jobs I am on, the crew, director, producer, etc. are mainly male. I hope that this changes in our future, and that there are more woman directors on sets. 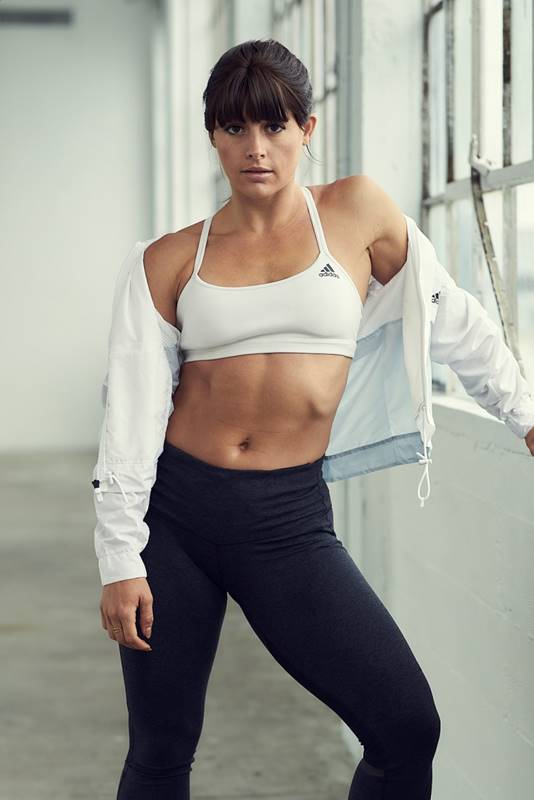 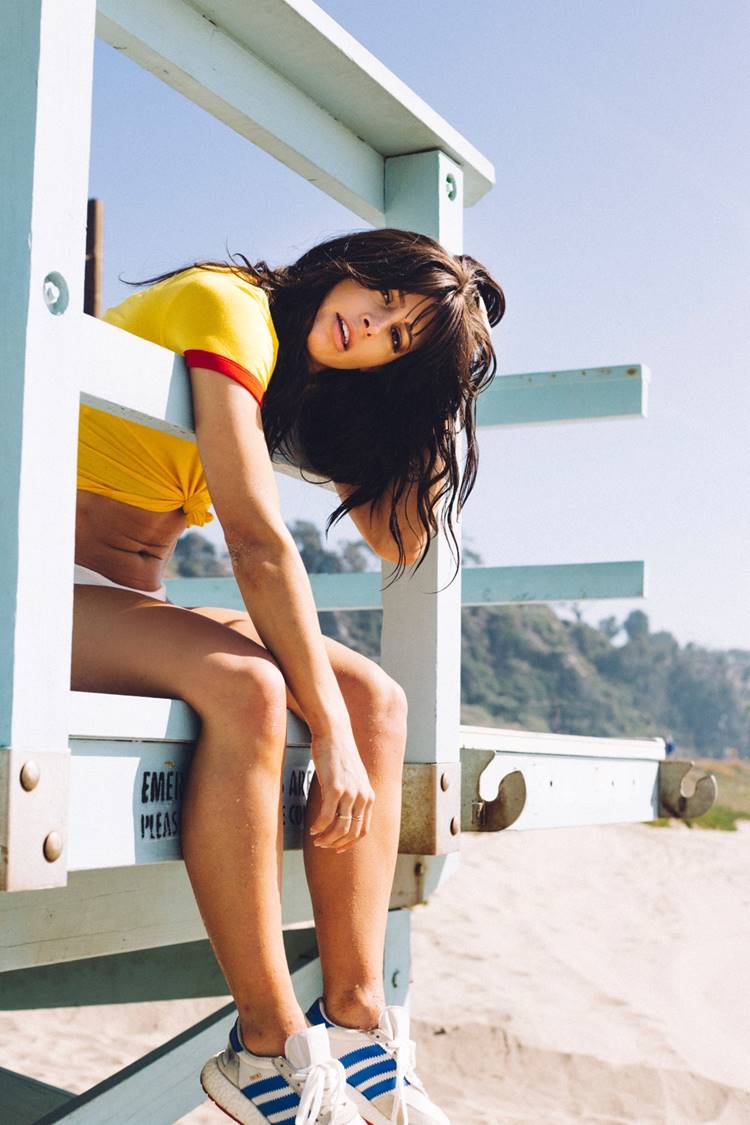 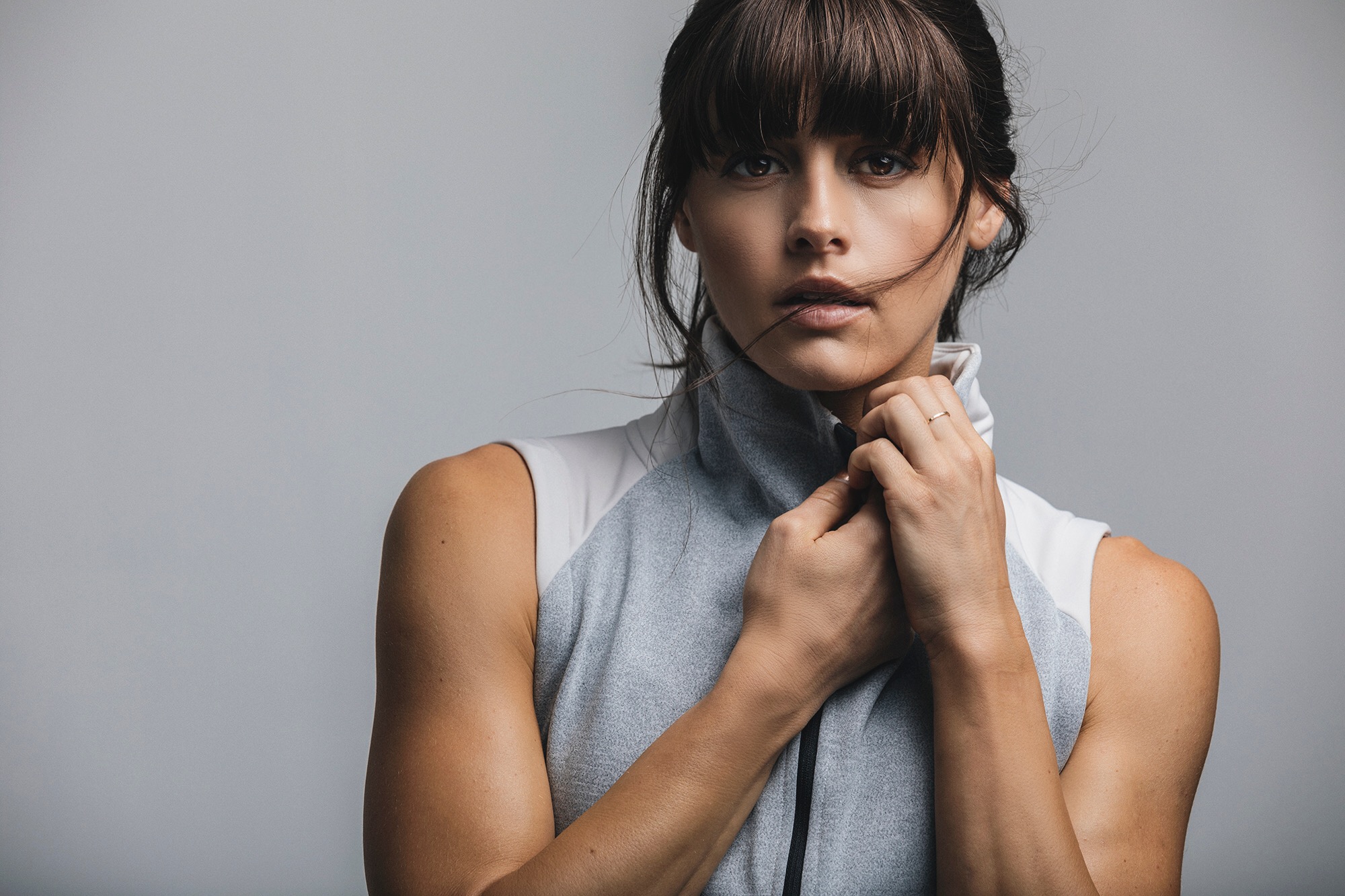 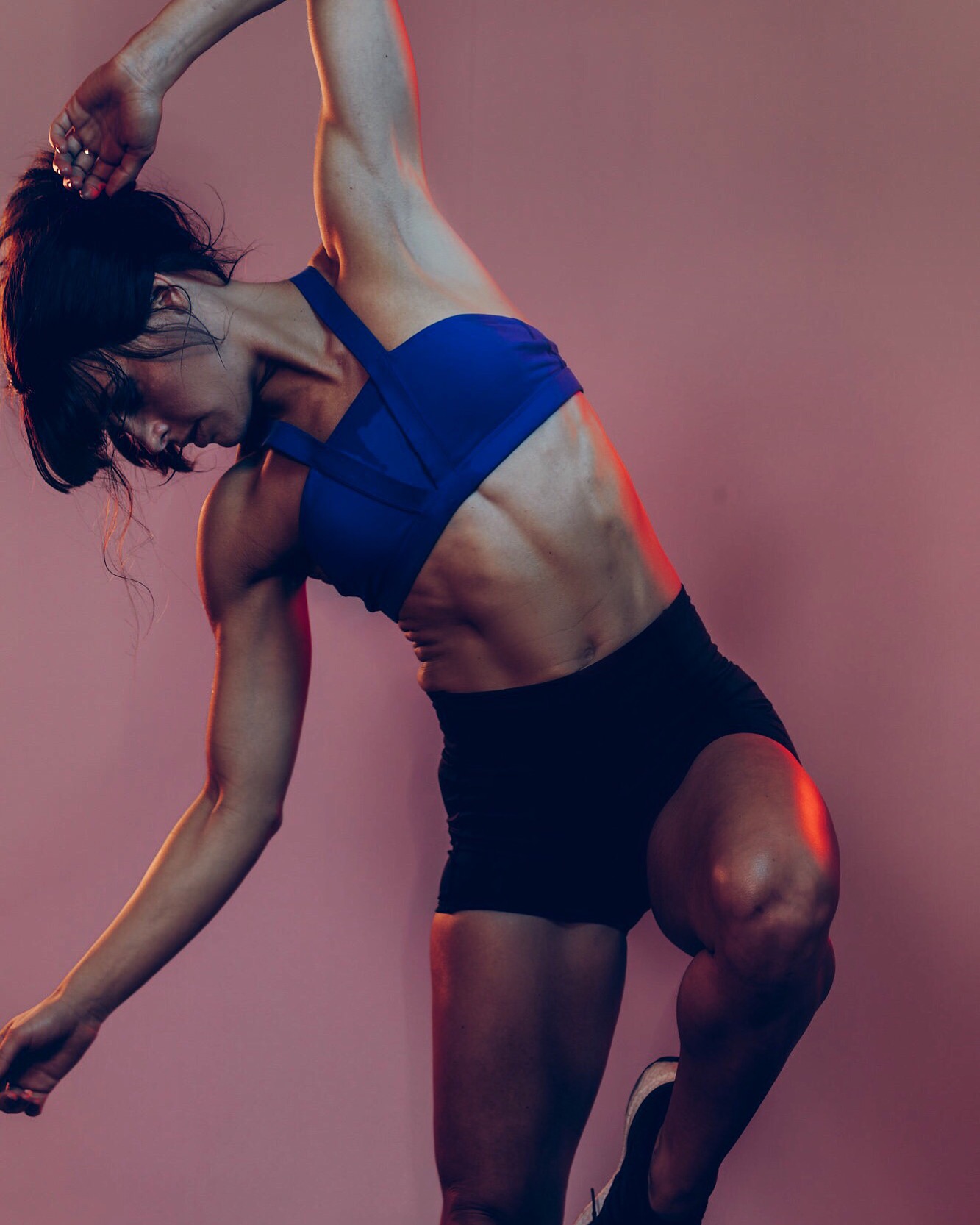 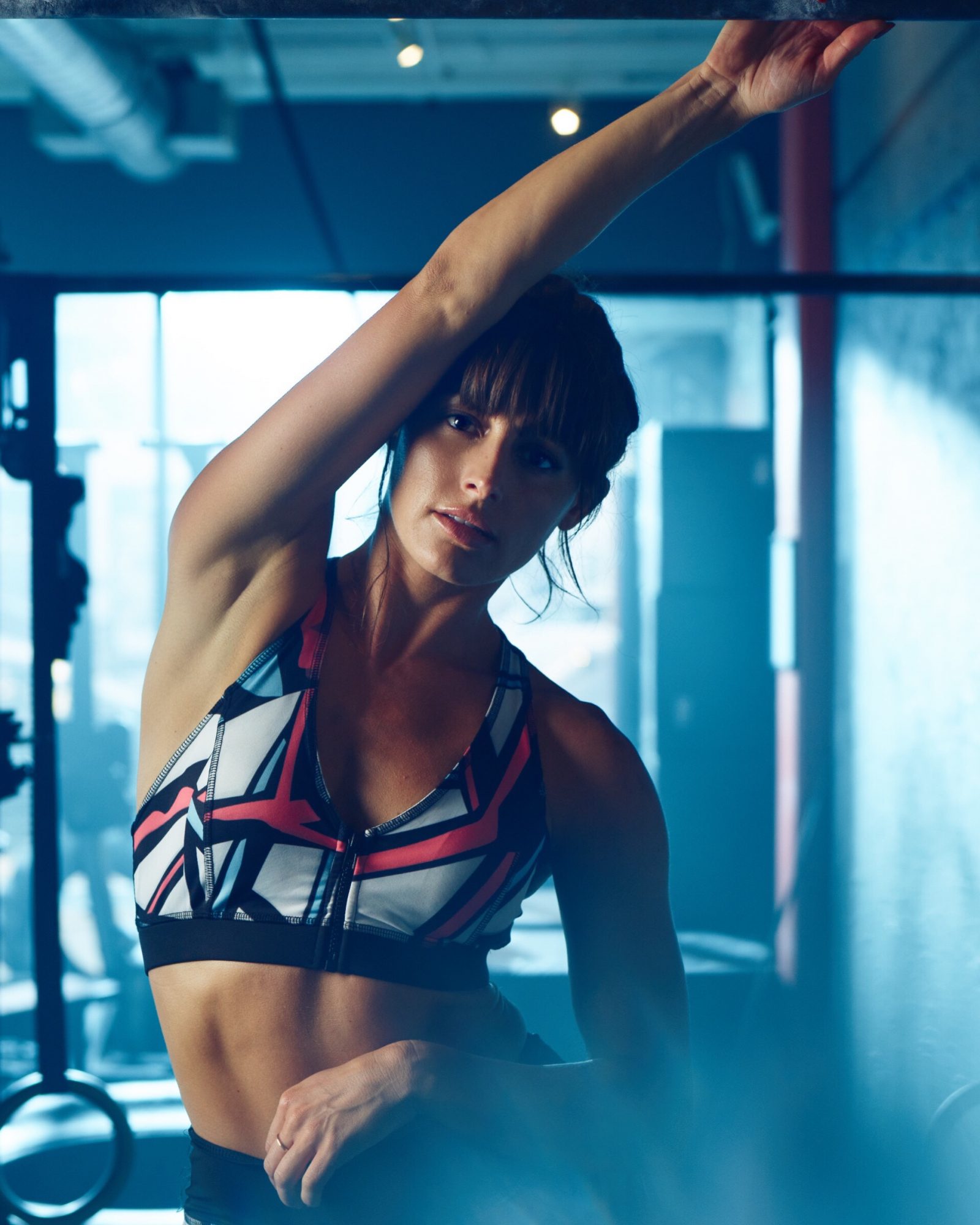 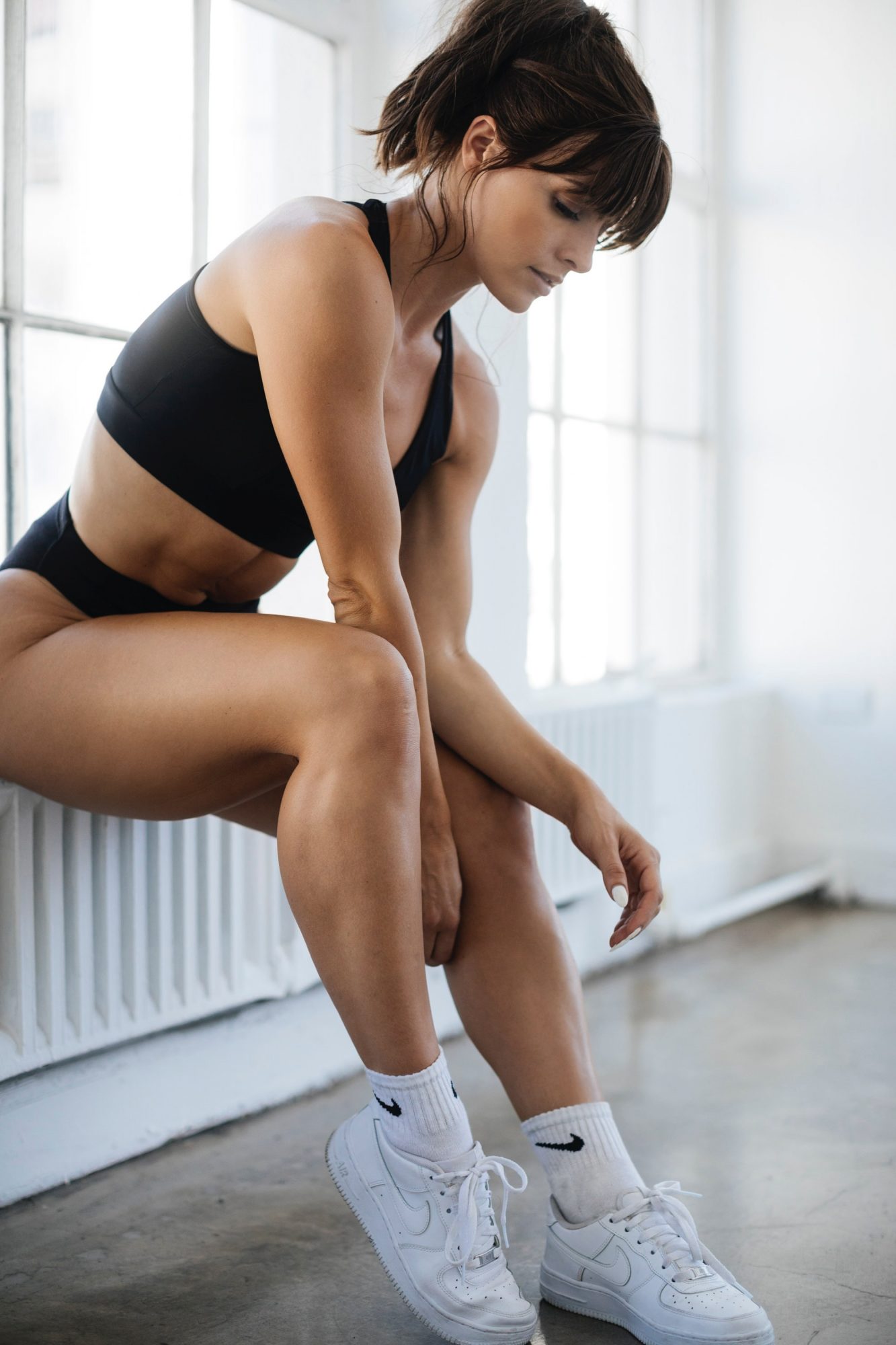 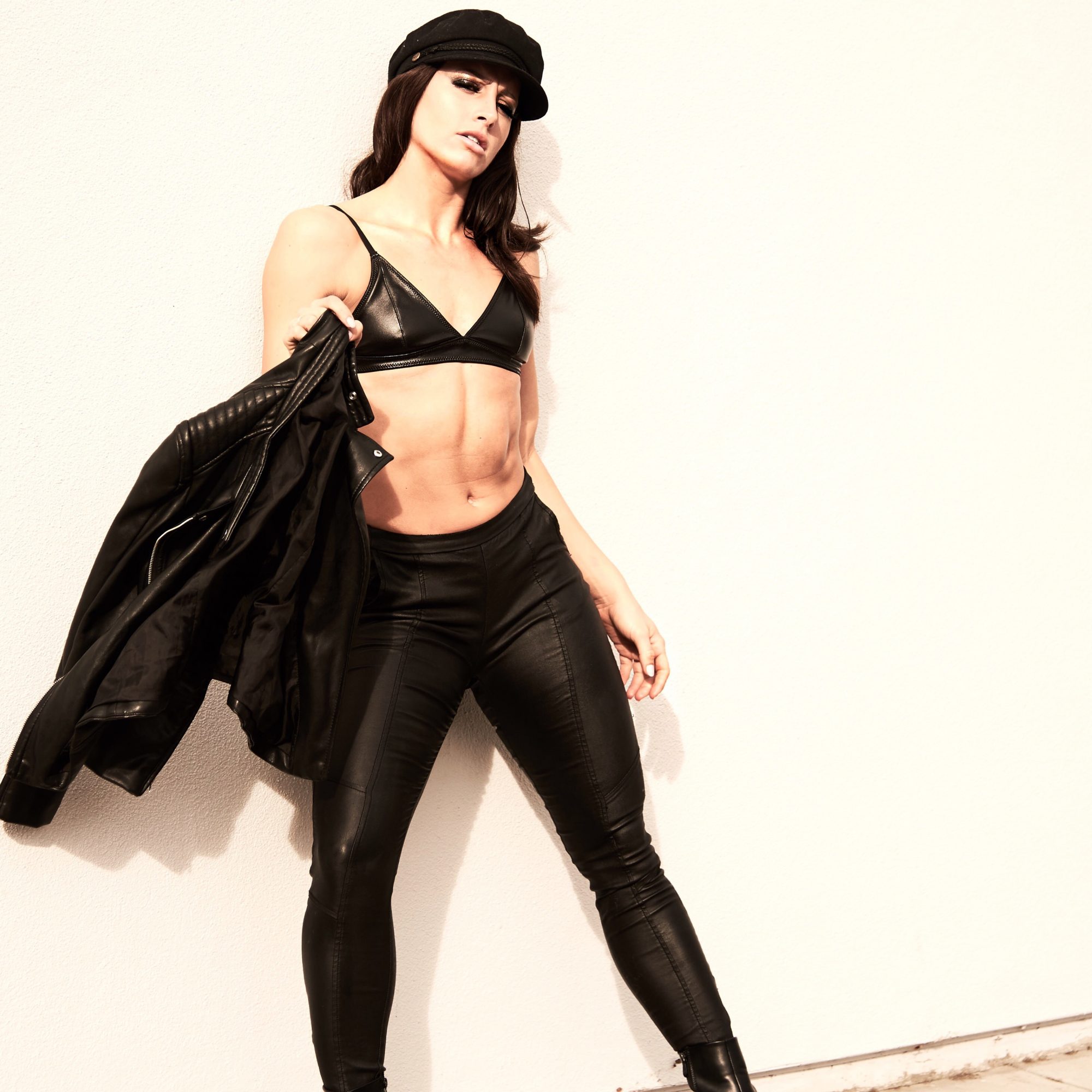 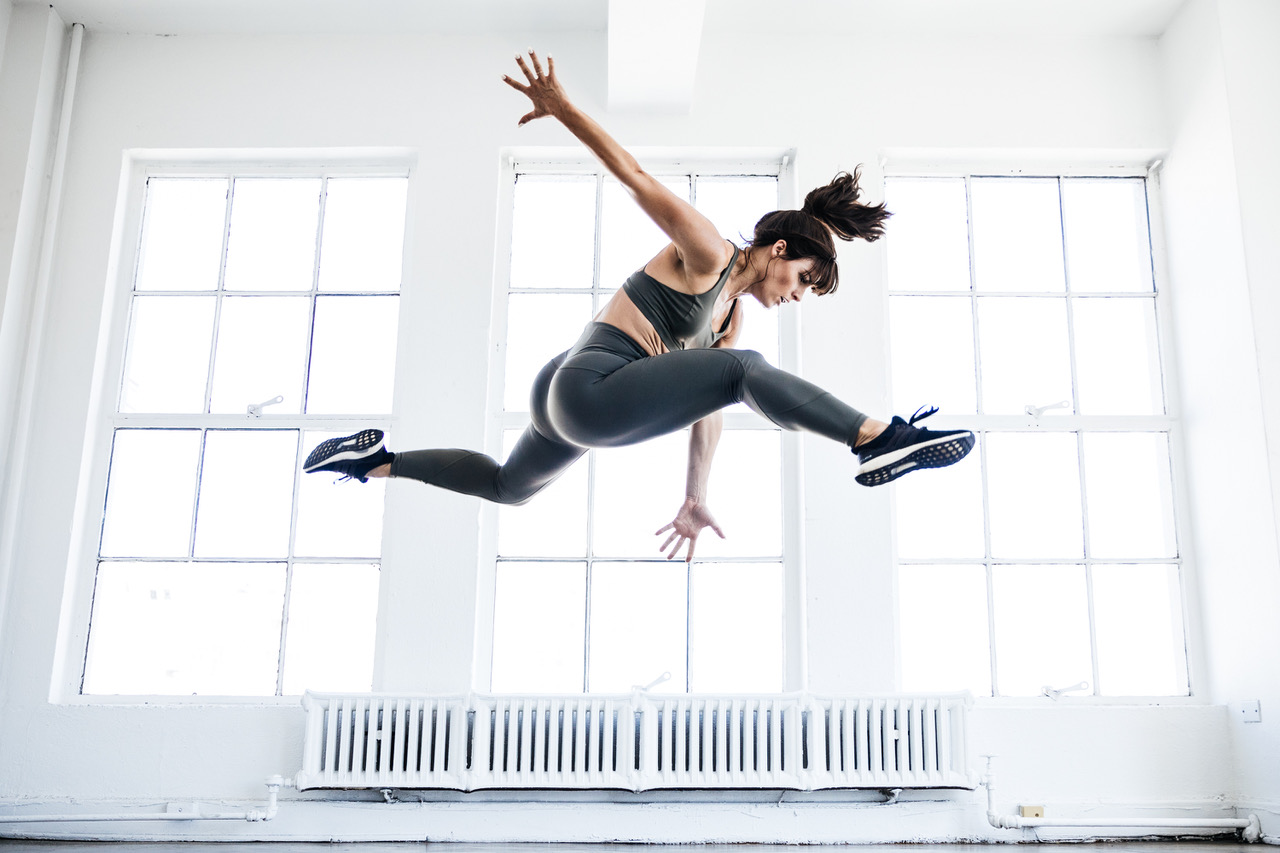