Life and Work with Julie Pilat 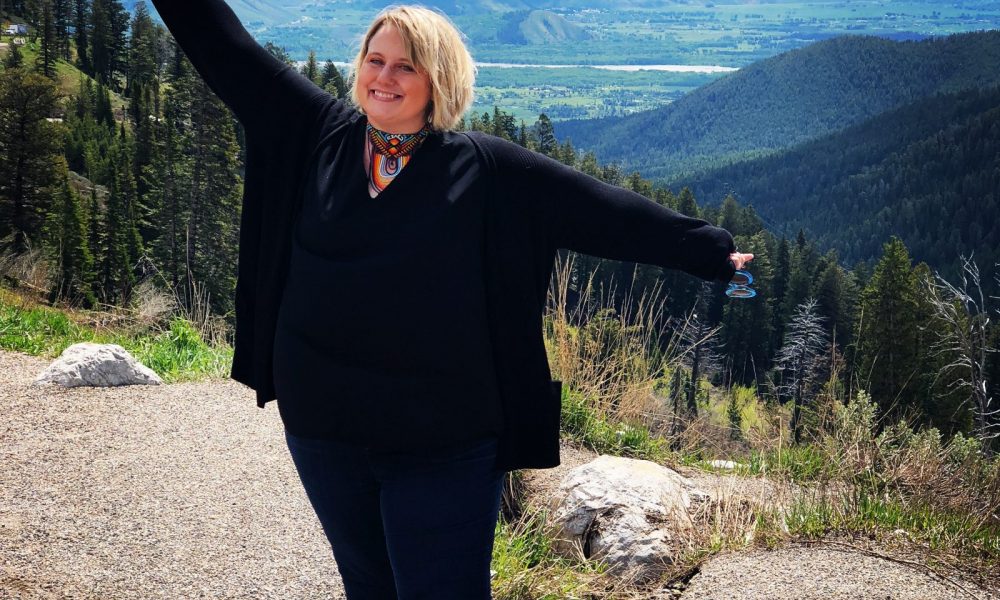 Today we’d like to introduce you to Julie Pilat.

Julie, can you briefly walk us through your story – how you started and how you got to where you are today.
When I was a teenager, someone wrote me a letter of recommendation and said: “Julie is a sponge for knowledge and a fountain of ideas.” The concept of an Idea Fountain always stuck with me but I never knew how it would manifest.

Music, creativity, and community are my favorite things. I grew up working in radio and I missed interviewing people. I am grateful for a really rich life full of fascinating people. One of which is Sister Pat from A Place Called Home in South Central. I like to call her a gangsta nun! She was in Mozambique during their civil war. She was Mother Superior and in charge of nuns in 17 countries while working in Rome with the Vatican! In the 90s, she started working in South Central with underserved youth and often would come between gang members and the police – even if it meant she got arrested. She blows my mind but is also so humble. Over breakfast, I would always have a million questions for her but somehow, while being humble, she would always direct the conversation back to me.

I wanted to interview Sister Pat and so many others but not for a blog… I felt like that would be a lot of work for just what seems like a drop in the ocean on the internet. And then, the idea of The Idea Fountain was born.

I created The Idea Fountain as a fireside chat at my house with friends. Each month, I interview someone who changed my life. After the taping, I distribute it as a podcast.

I created The Idea Fountain as a passion project and a personal record of people I love. I had no clue that it would take off as it did and create deeper conversations with friends. It’s opened many doors to new relationships. I’m grateful and humbled by the feedback I get about how it’s inspired and helped others. I’m so grateful to everyone who has listened or shared it with a friend.

We’re always bombarded by how great it is to pursue your passion, etc. – but we’ve spoken with enough people to know that it’s not always easy. Overall, would you say things have been easy for you?
I’m learning all the time. Recently, I curated a conversation at a conference about “Having Confidence in Your Creativity” with four of my favorite artists. Musicians are some of the bravest people I know. I thought sharing their stories of taking risks with music could help inspire CEO’s and Executives trying to innovate. Xzibit, Andrew Dost of Fun, Problem, and Aloe Blacc were lined up to join me for the talk.

About an hour before we hit the stage at the conference, I got the news that one of my friends had taken their own life. Not only was that devastating news. I had seen my friend a few weeks prior. They didn’t seem sad. They didn’t say they were depressed. They just felt lost. I knew it. I knew it so clearly that when I left coffee, I called another mutual friend and told them “I don’t want to be dramatic but I just saw Gary. He felt really lost. I think you should call and check on him. I would hate to hear that something happened to Gary and for him to not know what a National Treasure he is. I want to make sure he knows how much we love him. He seems really lost.” When I heard the news, I was both heartbroken and scared of my own shadow because I knew so clearly.

Everyone running the conference supported me. They told me to go home, offered to cancel, or have someone else do the interview. I had been so excited to have this conversation that I wanted to still do it. For some reason, my biggest fear was crying in front of Xzibit!! Still, I knew I could do it.

For the past 15 years, I’ve worked with under-served youth in South Central L.A. via Youth Mentoring. One of the things they teach the kids is that we shouldn’t run or hide from conversations about death. The best thing you can do when you lose someone is to honor them by bringing their name into the room. So – I did it! I got up and told my truth. Before hosting the conversation, I was honest (to a room of about 250 people) about the horrible news I had just received and I cried on stage. It was hard. It wasn’t hard to host the conversation after I made the announcement – that was amazing. It was hard to be vulnerable.

I taped the conversation for release as an episode of The Idea Fountain. I was conflicted on how I should release it. The conversation about having “Confidence in Your Creativity” was something most artists should hear and really benefit from. My guests had more social connections than anyone I had ever interviewed before. Would their fans want to hear my deep personal sadness? I felt sick while trying to decide if and how I should edit the piece.

Ultimately, I decided to leave the conversation as is – tears and all. I thought there are a million photos on Instagram of me posing with a bunch of musicians. I feel like in life there’s the Instagram version of us and the real version of us. The real version of my story was that I cried, hard, in front of Xzibit. I lost a really special friend. I could never edit Gary out of my story. Releasing the conversation as-is was one of the most vulnerable things I’ve ever done.

I got pretty interesting feedback on the episode. Not one person told me I should’ve edited out the tears. Several people (and this is a strange thing for me to hear) told me that it often seems like I can do-it-all. It can seem like things come easy to me. They actually felt stronger by hearing me struggle. That still feels like a weird thing for me to type but that’s the honest feedback I got. Mental health is a real, personal, conversation. Many people also reached out and told me that hearing Gary’s story helped them with something they were dealing with.

Authenticity and vulnerability can seem like buzzwords one might find on t-shirts for sale at Urban Outfitters in 2019. Being vulnerable doesn’t always feel good. I cringe at the idea of someone listening to my podcast for the first time and hearing me cry like a baby. My instinct is that I did the right thing. I know being myself is the best thing I could ever do. No filters. No edits.

Please tell us more about what you do, what you are currently focused on and most proud of.
I love life. I’m curious. I’m involved in a lot of exciting things. By day, I work in Music & Tech. I grew up working in radio and am obsessed with pop culture and micro-communities. I’m currently finishing up my last few credits to graduate college, after taking a 20-year hiatus, at Arizona State University. I’m a Governor on the LA Chapter of The Grammy Board, part of the Summit family, Lifetime Director at A Place Called Home in South Central, and also serving on the board for BLK SHP. I’m currently really focused on my health and working on Ayurvedic healing. In my free time, I love to take dance class, do flower arranging, and spend time with people I love. I consider myself an optimist. I’m a proud supporter of the skill sharing platform YING and also an OG Time Banker. The world can be really hard and culture is changing every single day. Social media is leaving many people feeling isolated and anxious. I think it’s more important than ever to get together and have real conversations or make meaningful connections with others. It’s a privilege to fill my home up with people I love once a month and tape an episode of The Idea Fountain. We gather, have amazing food from Bonnie’s catering, then circle up for a fireside chat and conversation. The podcast wouldn’t be the same if it was just me and a guest. It’s about community and life-changing conversations. It is my heart.

Are there any apps, books, podcasts or other resources that you’ve benefited from using?
To give back and connect with community support, A Place Called Home. www.apch.org

For health and healing, check out Surya Spa. www.suryaspa.com

Favorite App: YING skill sharing. Everyone has value. An hour of my time is worth an hour of your time. Each hour is a sliver of our own destiny. How will you use your time? It’s a great place to ask for help, get help, and build community. www.yingme.co 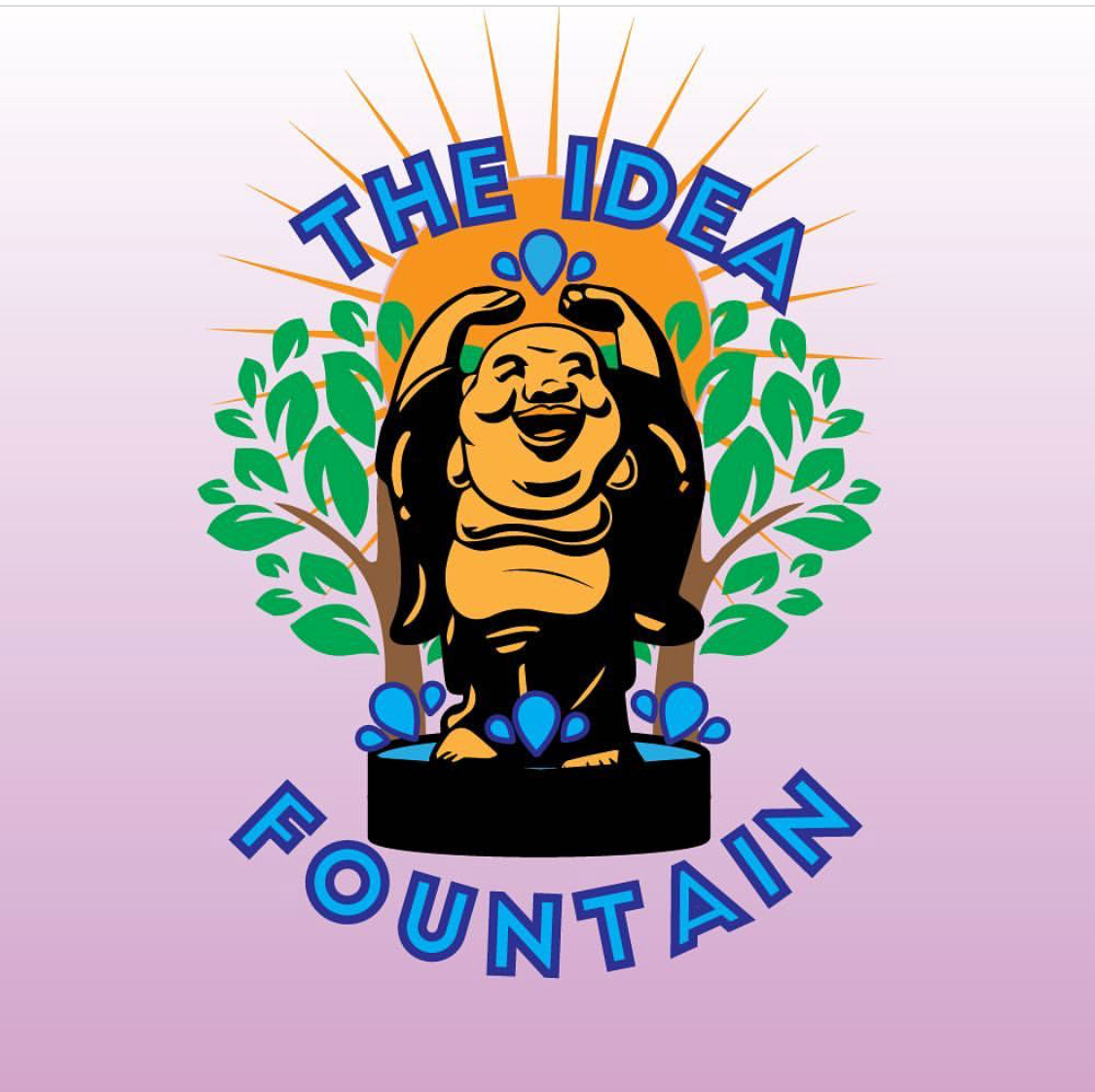 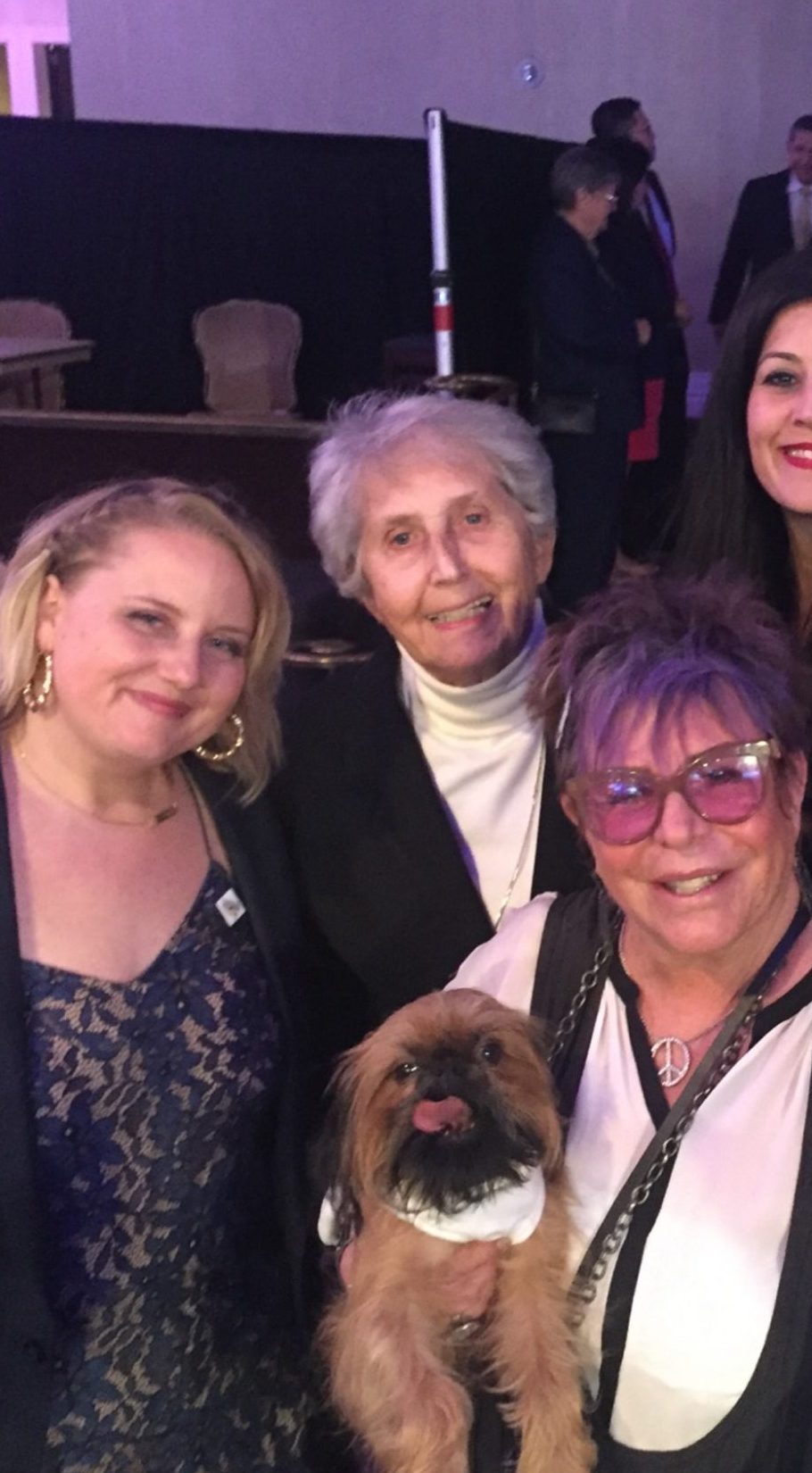 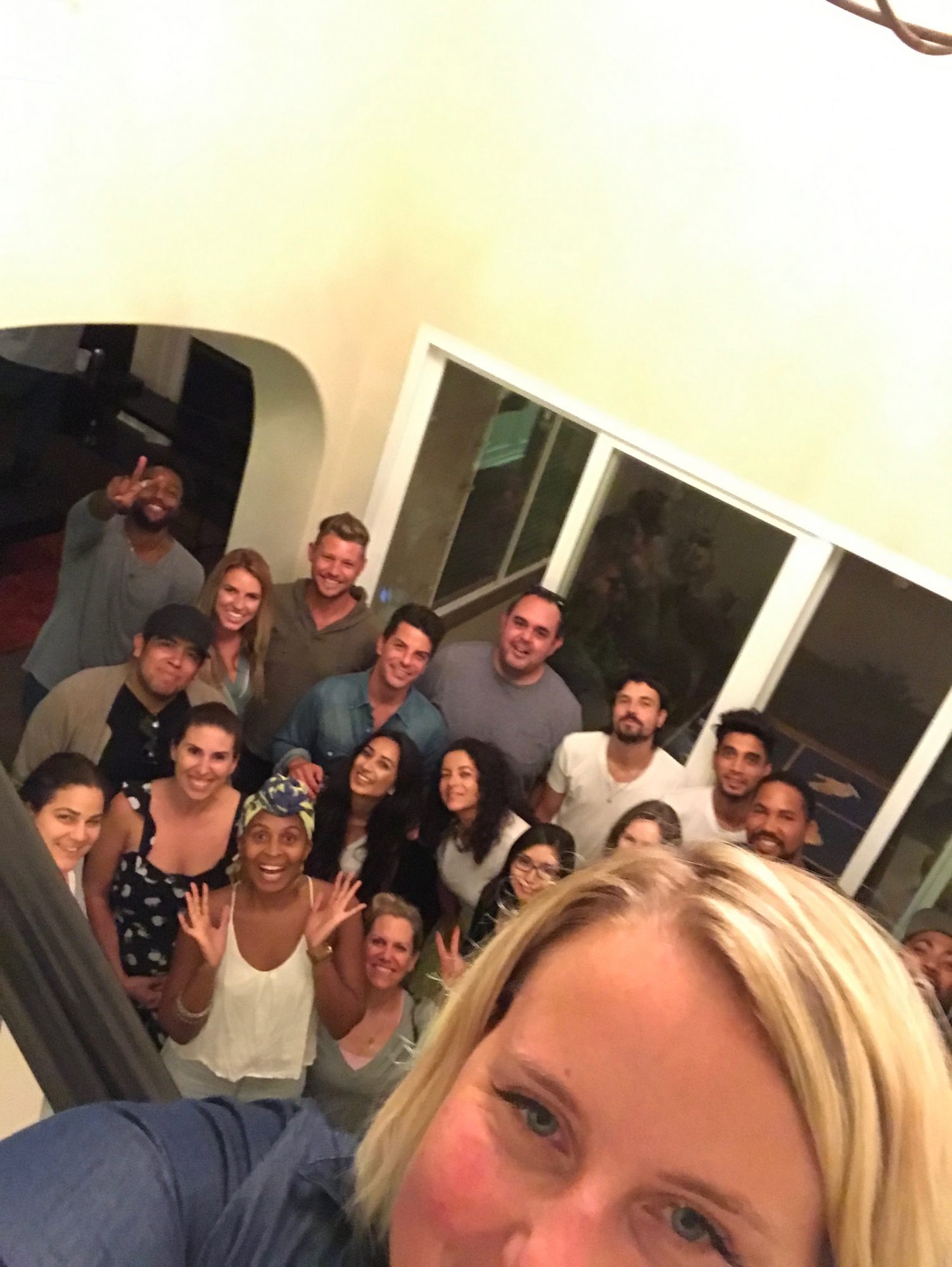 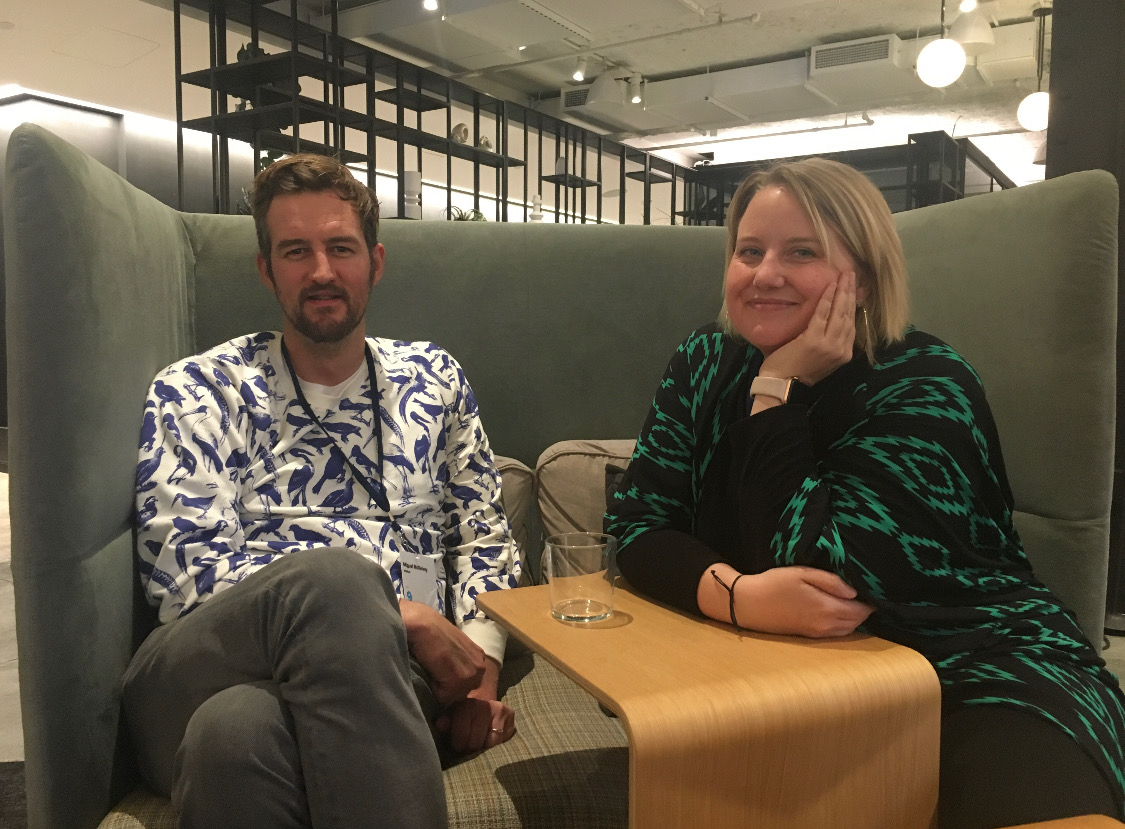 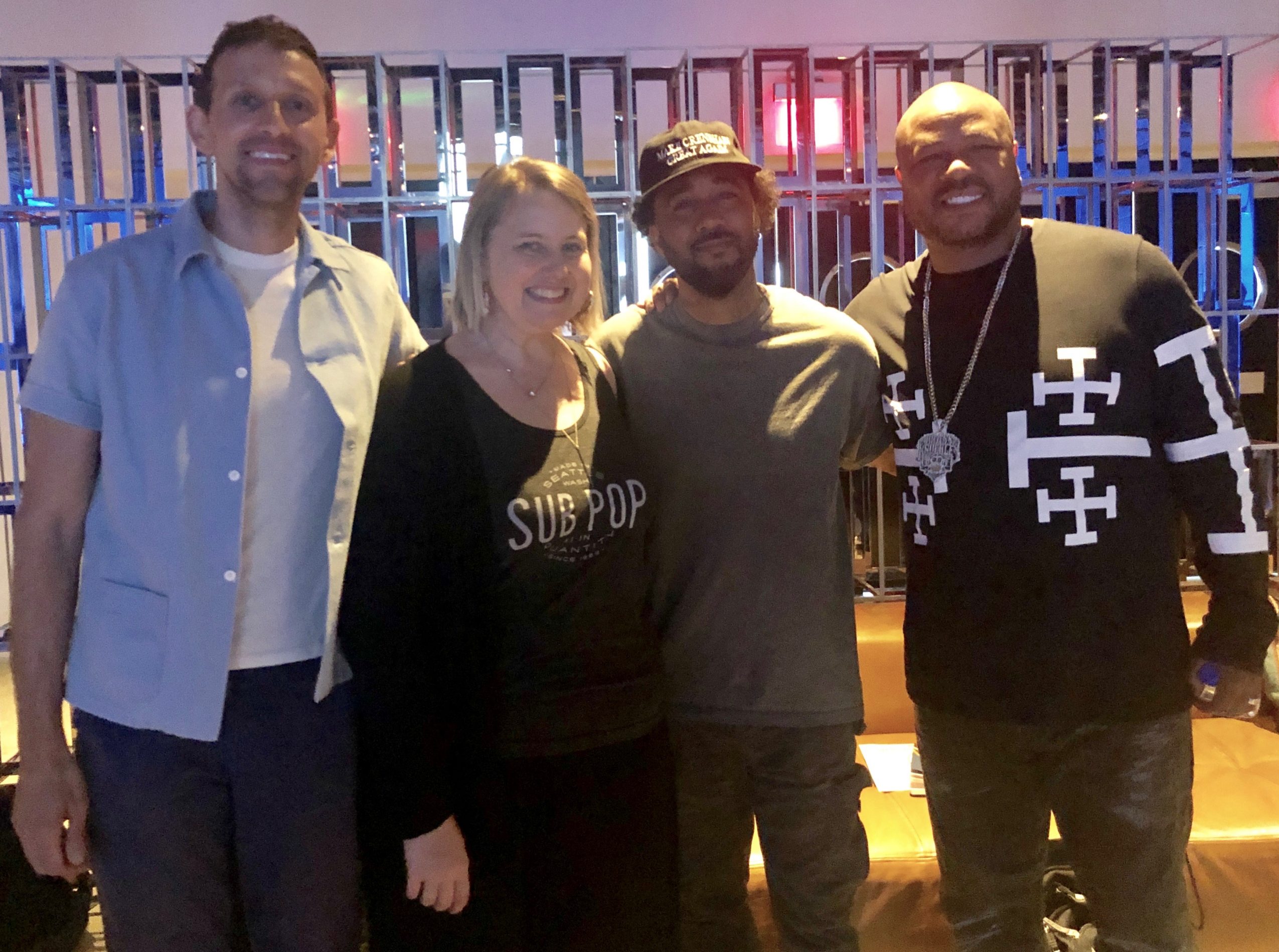 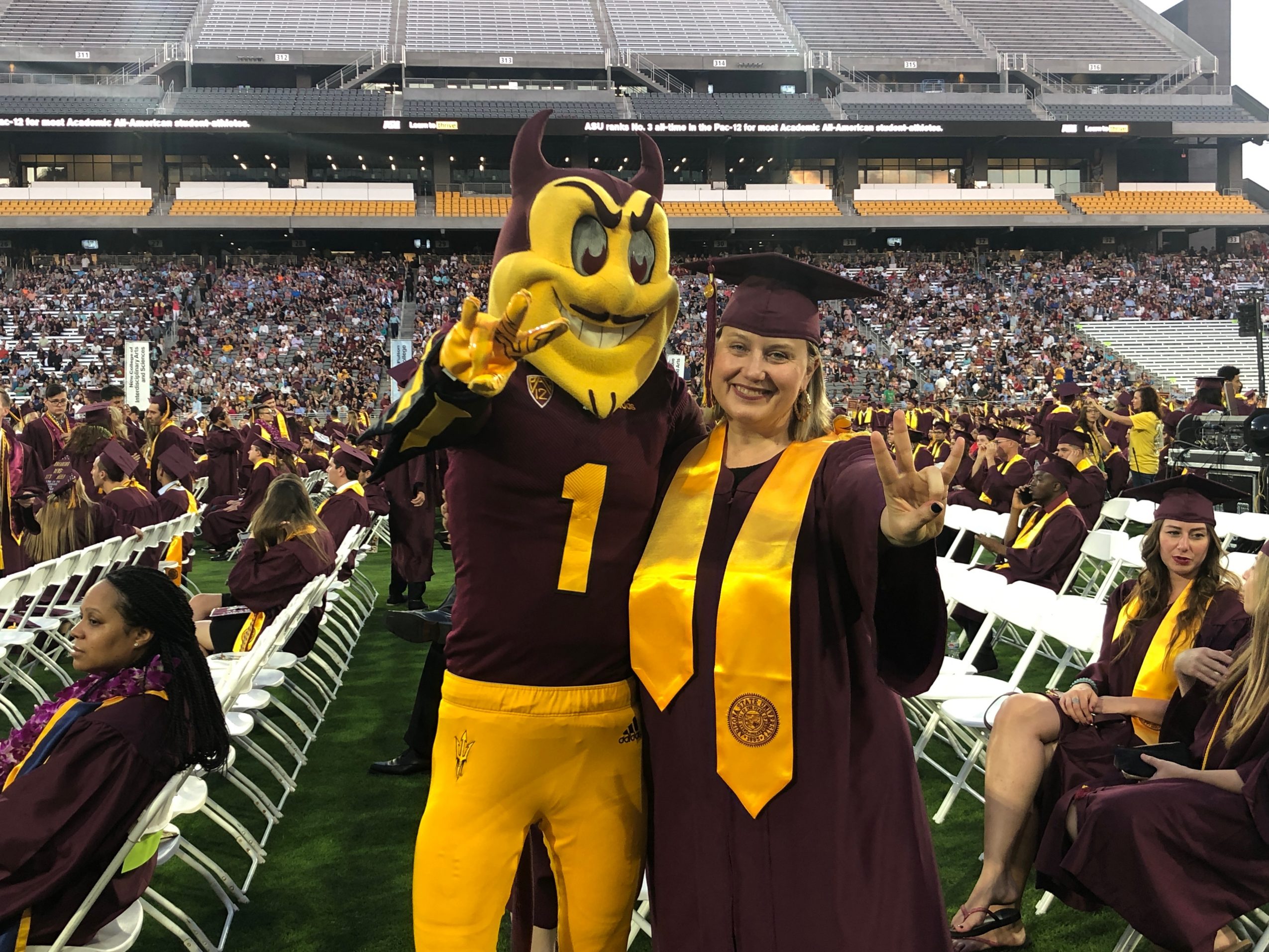