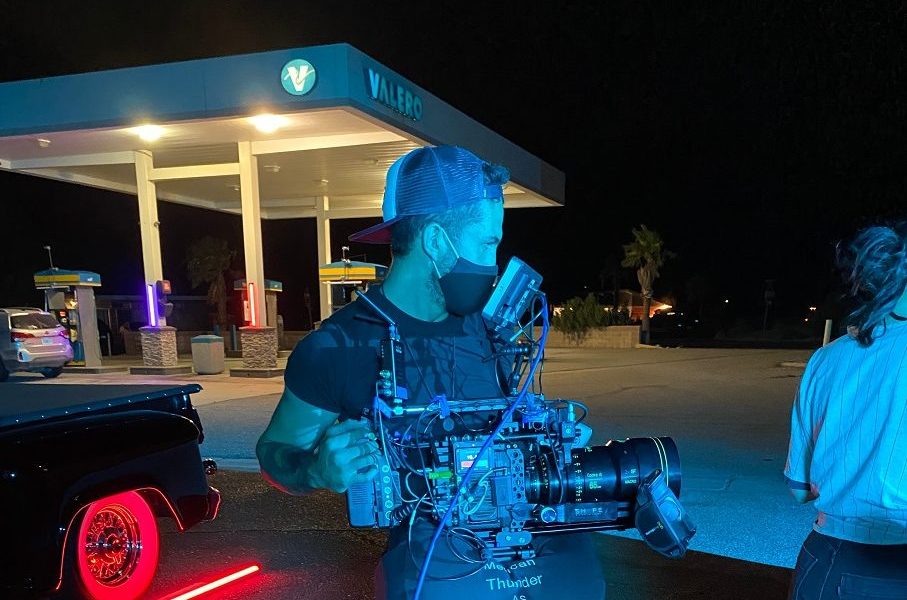 Today we’d like to introduce you to Jose Andres Solorzano.

Hi Jose Andres, so excited to have you on the platform. So before we get into questions about your work-life, maybe you can bring our readers up to speed on your story and how you got to where you are today?
I grew up in Mexico City until I was 28 when I move to LA in order to pursue a Master’s degree in cinematography at The American Film Institute (AFI). My path as a cinematographer started when I was a kid, my grandfather was a big enthusiast of cameras and recording his favorite shows on beta cam and later VHS. So this started my interest since I was really young. But my first encounter with cinema with out knowing was when I was living on the beach at 18 years old, I use to record all the sunsets on my Mini DV cam, I couldn’t understand why, but this gave me such a big pleasure. After my time on the beach, I decided to study economics, but that didn’t worked out well for me, so after two years I decided to change my path in college and study visual communication and specialize in film production.

This change of college and major allowed me to get a job at Red Bull Mexico, where I developed my skills as a photographer for action sports, this was my professional begging in the world of creating images. After working for Red Bull Mexico for 4.5 years, I decided to quit and pursue my dreams of cinema. This decision was hard since I didn’t had any projects or connections on the Mexican Film Industry, but quitting was the best thing that happens to me since I left the comfort of having an office job and that made me step out of my comfort zone and try to land a job as a cinematographer in any project I could. A couple of months after quitting, I got offer my first documentary film, that a few years later turned into my first feature film. This is how I began my career as a cinematographer.

Can you talk to us a bit about the challenges and lessons you’ve learned along the way. Looking back would you say it’s been easy or smooth in retrospect?
The main struggle I have faced as a freelance cinematographer is going from project t project. Every time you finish a show, you need to get on the hunt for the next project. This can be overwhelming some times since insecurities can creep in: “Will this be the last movie I shoot?”, “Am I good enough to continue pursuing this dream?”. There are common thoughts among artists, but they still can make me dough every time I’m in between projects. To overcome my own mind and insecurities has always been a struggle for myself. I have found that my path as a filmmaker and cinematographer has always been one that is based on self-acknowledgment. I needed to recognize myself as a cinematographer in order to become one. After I acknowledged my path as a filmmaker, I started building my career taking one tiny step at a time.

Can you tell our readers more about what you do and what you think sets you apart from others?
I’m a cinematographer, I work on set as a director of photography. My craft is to create images that come from the story and strengthen the story. That is the easiest way of describing what I do. I specialize in creating a visual language for every film I work in. This language comes from the story. My tools go from the choice of camera, lenses and the way the camera moves to the lighting and colors inside the frame. Modern cinematography has an almost infinite amount of tools and technology is a big part of it. My work starts always with a story or vision from a director or producer. My work is to go from the ideas on pitch decks and scripts to images that we can achieve. I started my career shooting action sports for brands like Red Bull and Vans. I learned there the basics of photography & media, but my interest was always to develop my career inside of the film industry. As I progressed documentaries stayed as a constant in my career, to the point that some of the commercial work I have done also came my way because of my documentary background. I’m really proud of my documentary and commercial work because I have been lucky enough that the stories that come my way have always tried to shape society in a positive way. I believe that the thing that separates me from other cinematographers is my life story. It has been a long way to each location that I set my feet on and I do treasure every moment and every project.

What was your favorite childhood memory?
My favorite day of the year when I was a child was my birthday. I know this might be common, but my birthday parties were always a costume party with a theme chose by myself. My mother made little costumes for all the kids of the party and a good amount of set dressing. These parties were so good that I don’t celebrate my birthday anymore, it’s hard to beat those epic costumes and memories. I remember one party that I chose to have the party theme be Don Quixote, The Man of La Mancha. I loved having an armor made from paper, that was epic. 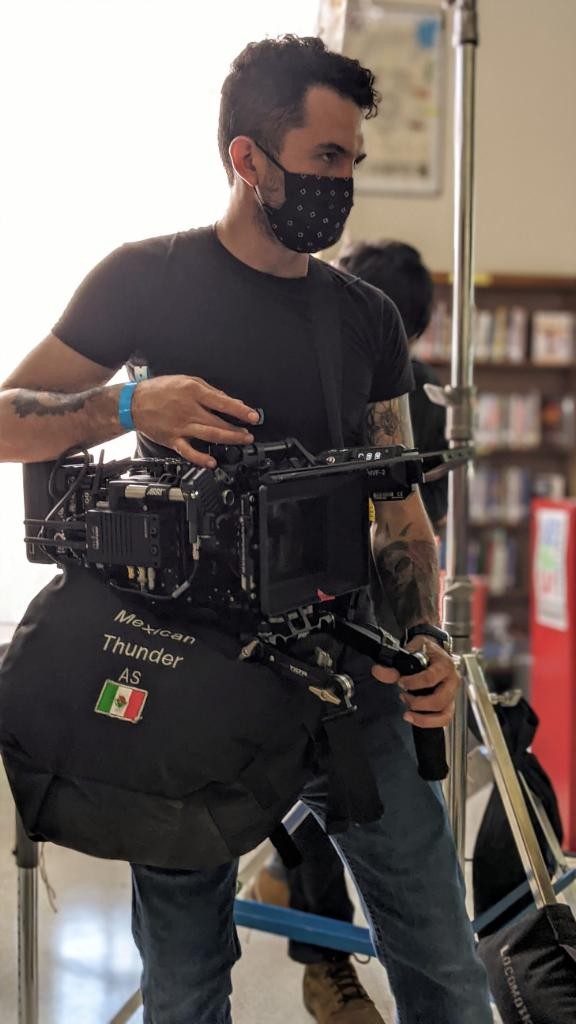