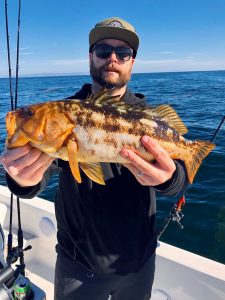 Today we’d like to introduce you to Jordan Lynn.

Hi Jordan, so excited to have you on the platform. So before we get into questions about your work-life, maybe you can bring our readers up to speed on your story and how you got to where you are today?
My interest in video creation began in my hometown of Memphis, TN, as a teenager making skateboard content for me and my friends. After high school, my family relocated to Nashville, and I joined them. In 2007, I enrolled in a video editing class at a local community college and befriended the teacher.

I ended up dropping out and just sticking with Gabe McCauley and his production company, lilDragon Entertainment. After a few years of his mentorship, I decided to move to Los Angeles in 2013, with my pregnant wife and toddler, to pursue a different kind of work than existed in Nashville at the time. At this point, you can categorize me as the classic out of towner moving to LA to try to make it as a big director and filmmaker. Here, I got my first taste of bigger projects, bigger budgets and really just an overall sense of higher education and experience on set. Over the years, I was fortunate to achieve a lot of career goals and one job in particular that stands out to me is a live performance I directed for Taylor Swift that aired primetime on ABC (https://www.youtube.com/watch?v=gEHCXl4J9Qo).

At that point in my career, I had never done anything at a level like that and it checked a huge career goal box off my list. I remember when it aired being SO stoked but even though that was the thing I had been pursuing for years, I think it planted a seed that it may not be what I want to do with my life long term. I continued to hustle and worked with really great people like Bart Peters, who had brought me on with his production company Big Branch Productions. We did a lot of live event productions and things were going great, but I was still restless and burnt out and decided to find a hobby to distract me from my dissatisfaction. Growing up in Tennessee, I was familiar enough with fishing that I thought it would be easy to pick up again. It was about a year and a half ago that I started fishing at Lake Balboa, and in no time I decided to mount a Go Pro on my kayak and one on my chest and began filming my fishing sessions. I had this idea of a “Rock N Roll” fishing show called Whatever Bites that mixed music with the sport. I happened to have a friend, Eric Garcia, from Memphis who was in a band called The Heavy Eyes. I was talking to him about my weird idea, and he enthusiastically offered his music for it.

With their full catalog at my disposal and a couple of Go Pros, I started making this show and posting it on a new youtube channel I had created and called Dudefishh TV. The name Dudefishh doesn’t have significance and was really more of a joke at first. If I had known the channel was going to actually pick up some steam, I would have maybe thought of something a little more serious, but it works. I started developing this show along with some other concepts, and it didn’t take long for me to get worked into the fishing community here in LA. I instantly clicked with some of the fishing brands in town and we collaborated on videos together. I wanted this channel to represent the full scope of the LA fishing community and I think I’ve been able to accomplish some of that vision so far. I always tell my friends I want Dudefishh TV to feel like Thrasher Skateboard Magazine, Jackass, old CKY videos and fishing had a baby and named it Dudefishh TV. Maybe I’m hitting that style or maybe not, but I’m passionate about offering something a little different than what I see currently in the fishing niche on YouTube. The SoCal/West Coast fishing scene is awesome. It’s edgier and more gritty than the fishing scene I grew up around in Tennessee. It’s a rad community of people and backed up by incredible fishing.

Right here in our own backyard, we have access to so many different kinds of fish and different styles of fishing. The Calico Bass, which is one of my favorites to catch and release, is only found around here so it’s pretty cool to be able to fish for them and show the rest of the country what our fisheries have to offer here in SoCal. So anyway, here I am now almost a year and a half into developing this Youtube channel and trying to grow this fishing/outdoor lifestyle brand, or whatever you want to call it. I’m proud that the channel is being very well received by the fishing community and I’ve seen nothing but growth that (knock on wood) hopefully continues. At the end of the day, Dudefishh TV is there to inspire you to get up, get outside, make new friends, and just live your life. I’ve spent the last 14 years of my life with my head in the sand of career pursuits and materialistic needs. I’m not sure I ever truly lived my life to the fullest and with any form of purpose until now. Having Dudefishh TV gives me a platform to share and spread positivity to the entire world from my own living room. I hope to influence future generations in a variety of ways with this channel, and we are only getting started.

We all face challenges, but looking back would you describe it as a relatively smooth road?
The road to grow Dudefishh TV has definitely been a struggle and I expect the grind to continue until I’m able to hire help. At this point, I am doing everything by myself. I think the biggest challenge through all of this is remembering to close the laptop, put the phone down, set it aside for a moment and be present with my family.

Appreciate you sharing that. What else should we know about what you do?
I have a filmmaker video series available exclusively to Patrons of Dudefishh TV via Patreon. I recognize there’s a lot of anglers who know how to record their fishing sessions but may not know the best workflows for dealing with that footage and editing it into something cool. I created an ongoing series aimed at beginner filmmakers to help them feel more confident getting their feet wet in the world of post production. I go through everything from best camera settings to full edit breakdowns, tips & tricks and more. Access to the filmmaker series is available to any Patron of Dudefishh TV.

We’re always looking for the lessons that can be learned in any situation, including tragic ones like the Covid-19 crisis. Are there any lessons you’ve learned that you can share?
The Covid-19 Crisis forced me to re-evaluate how I provide money for my family. When the industry shut down and I had no backup plans, I realized I had to learn new skills to create new opportunities for revenue streams. 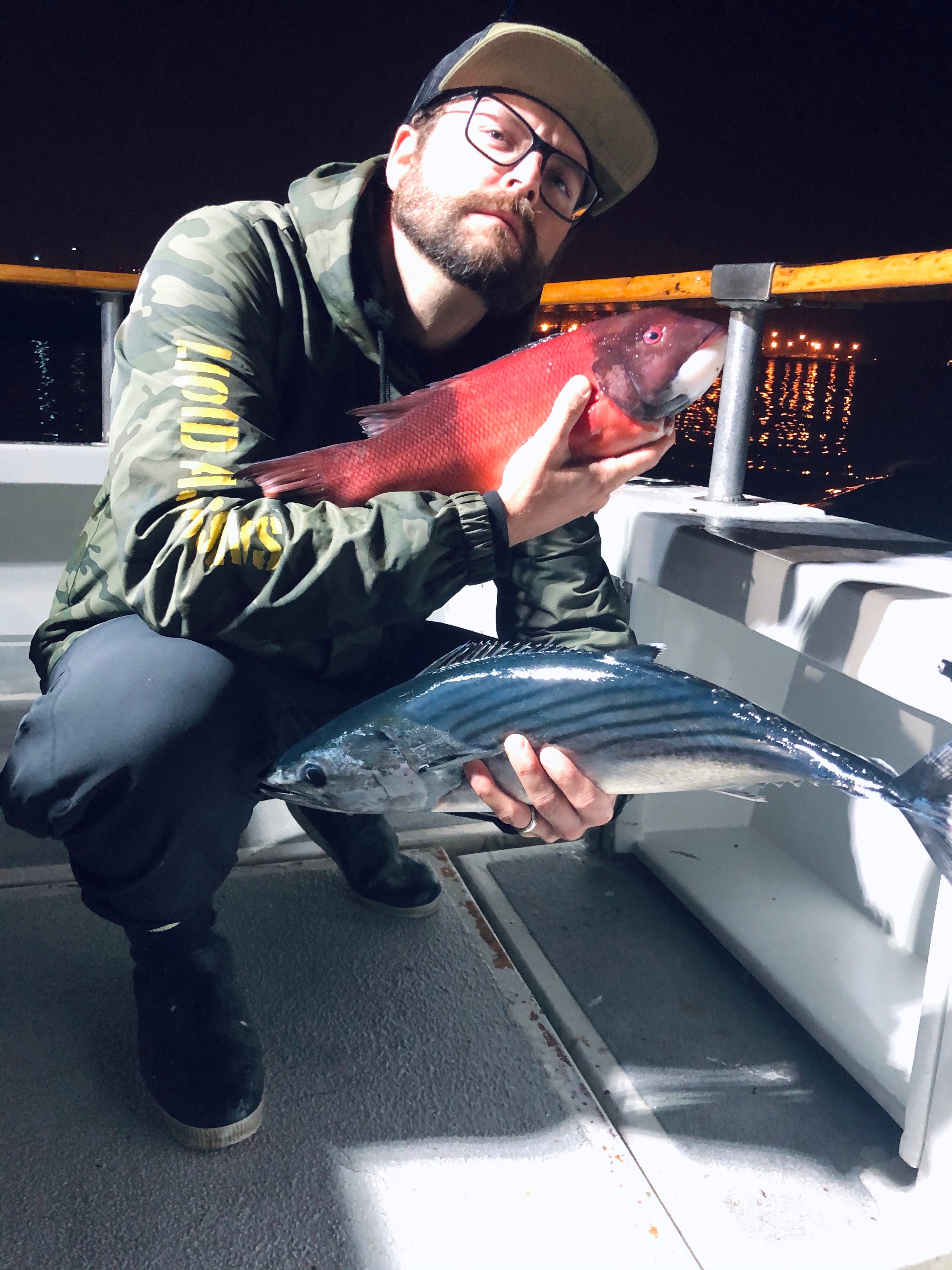 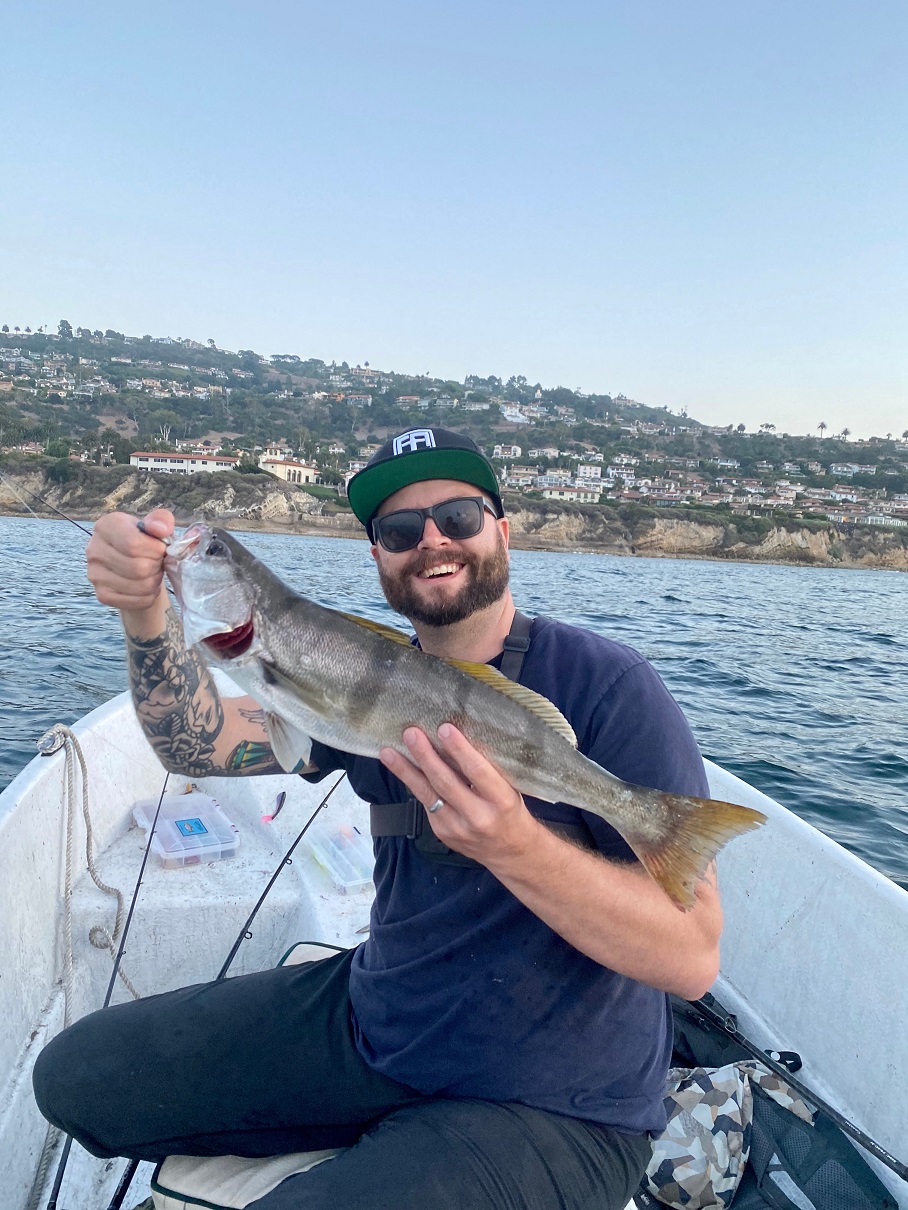 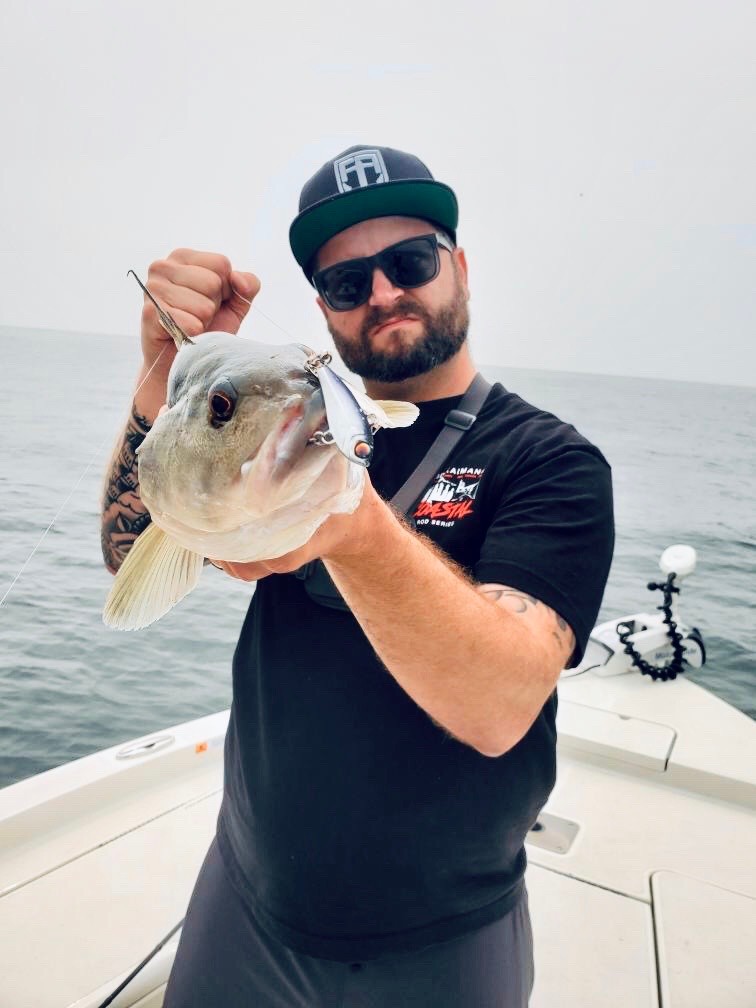 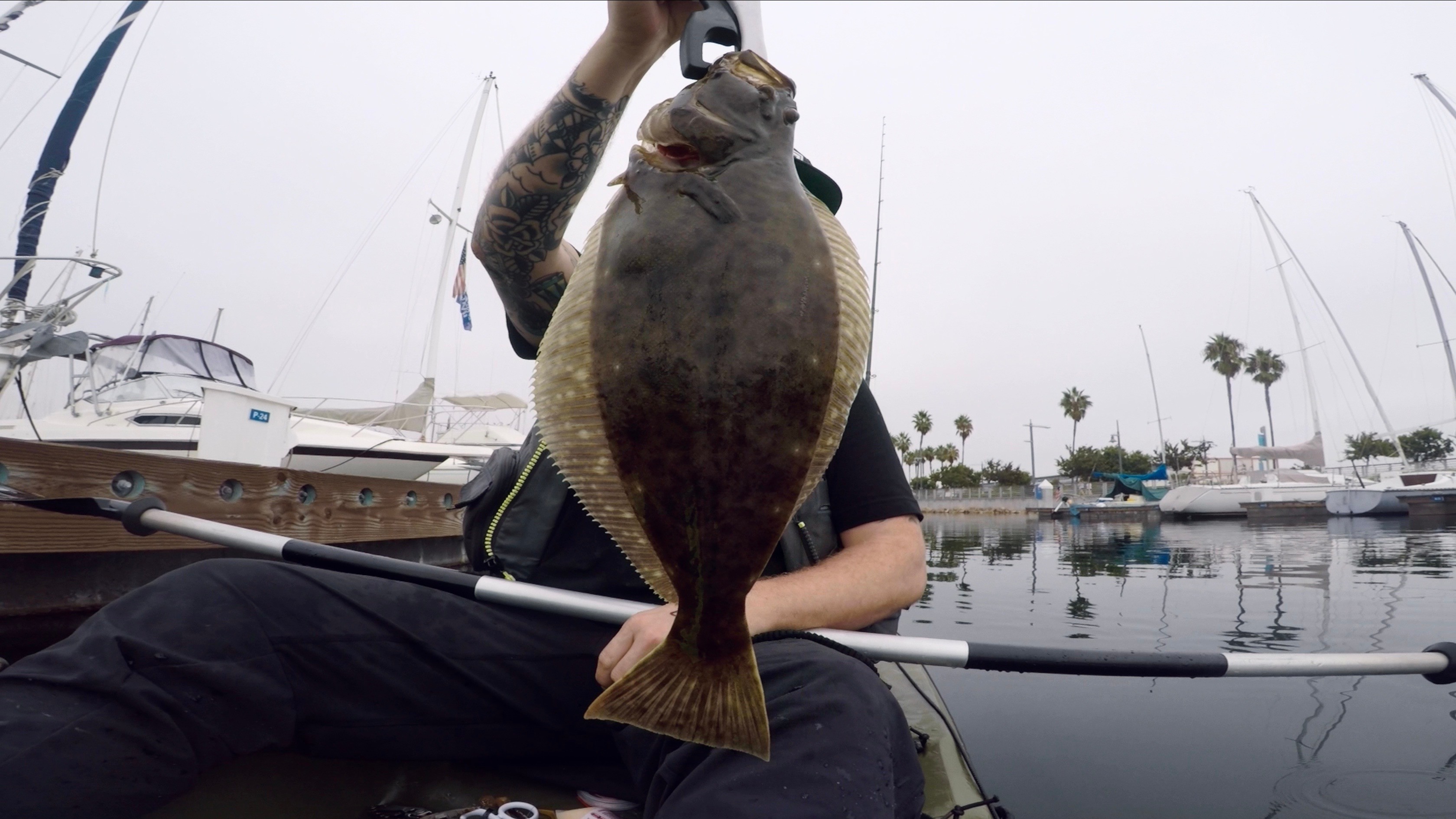 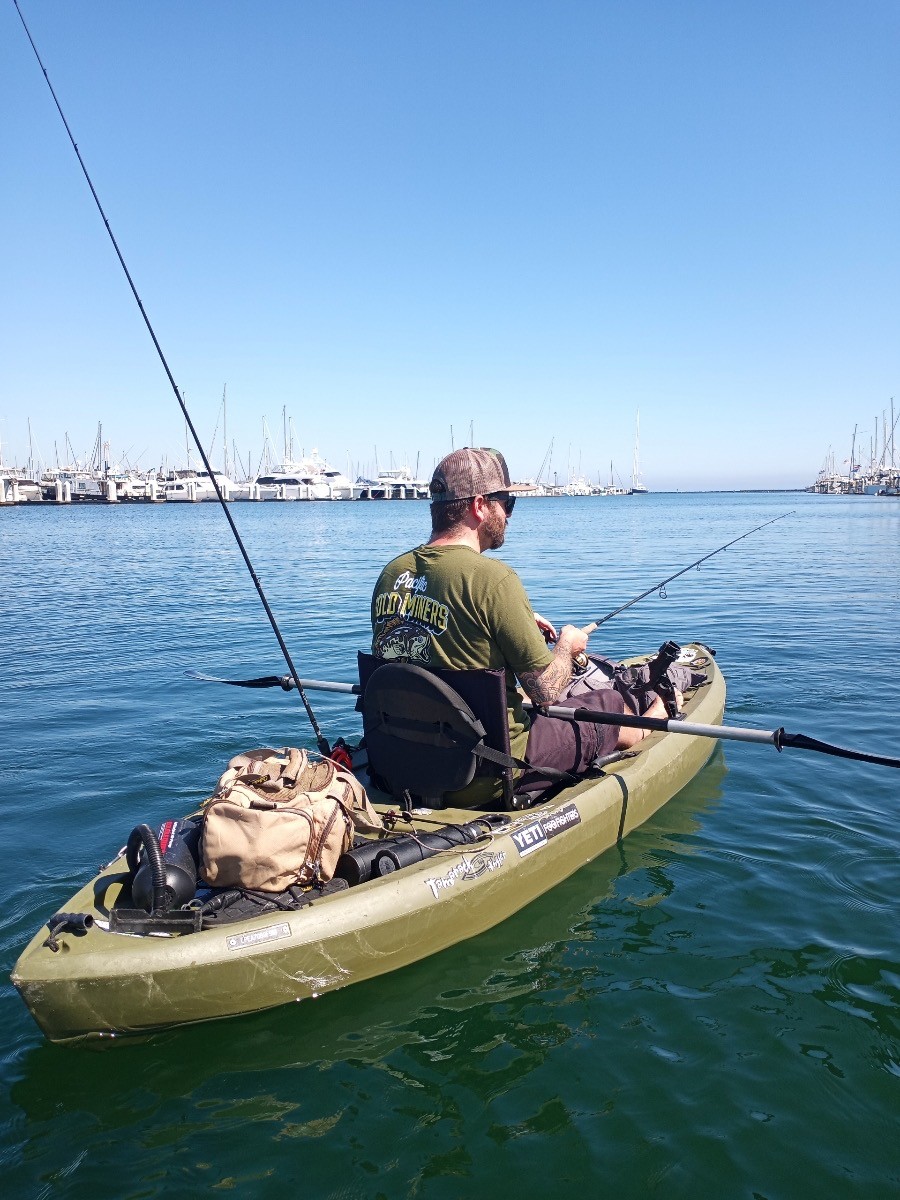 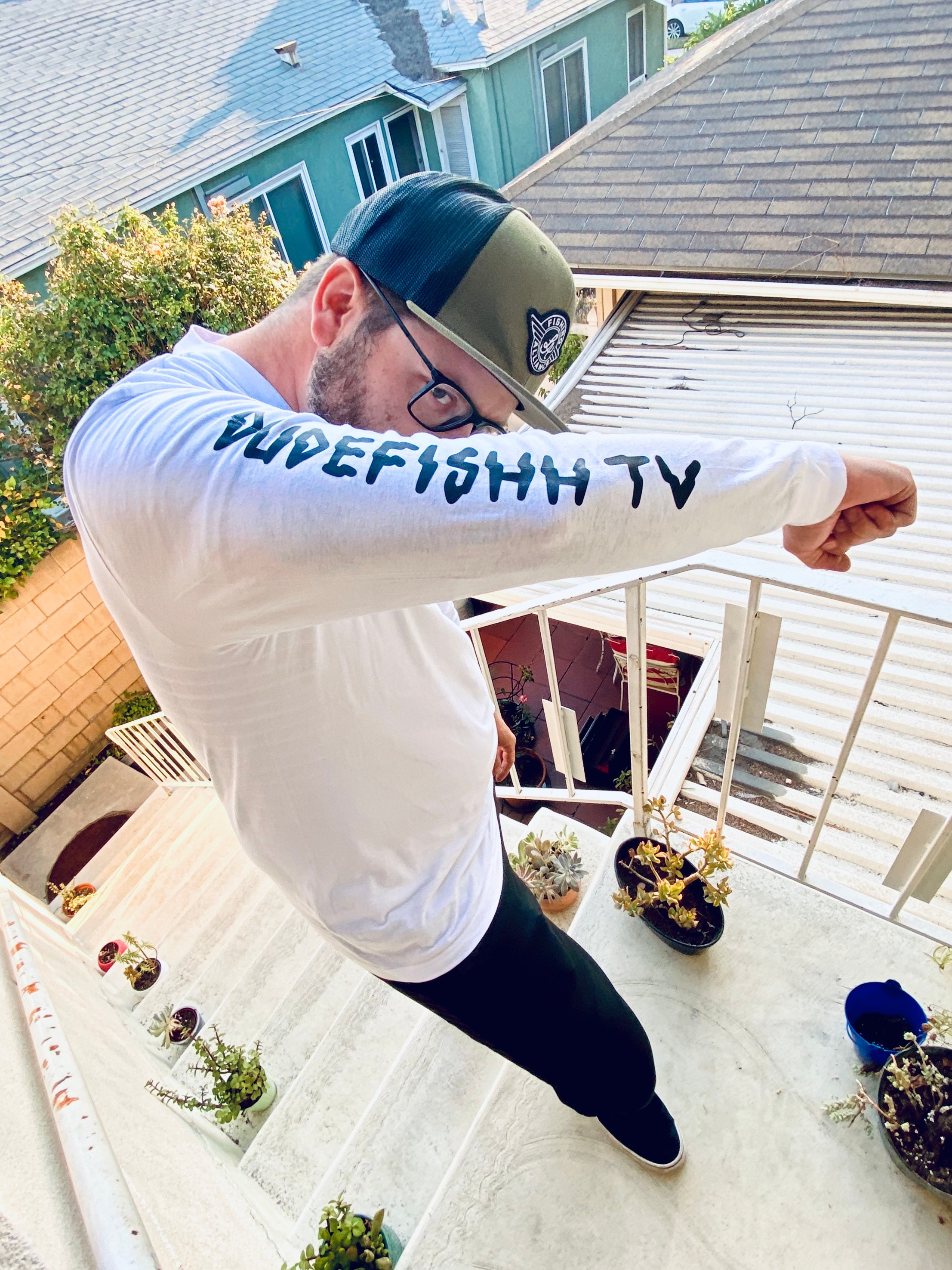 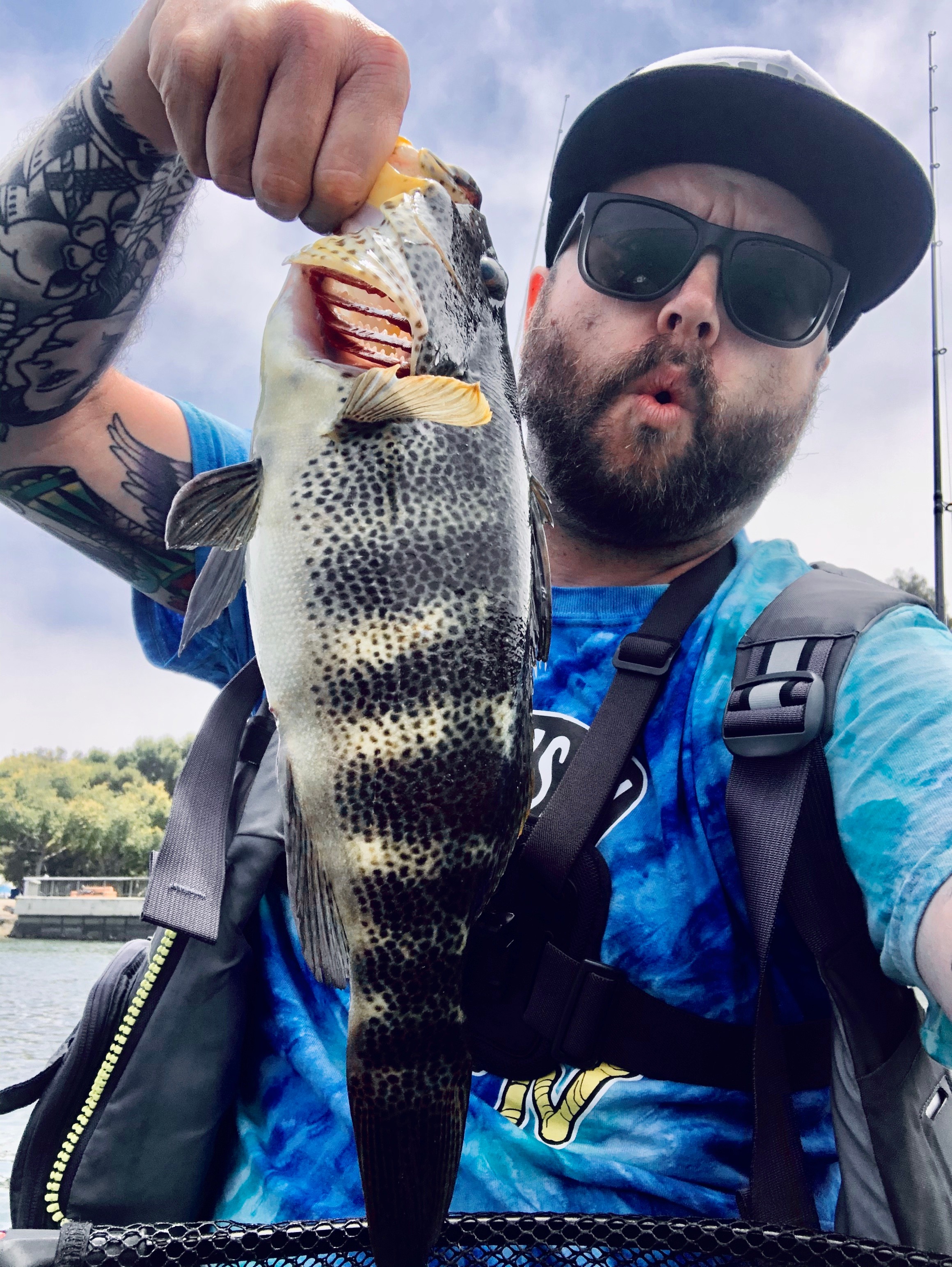 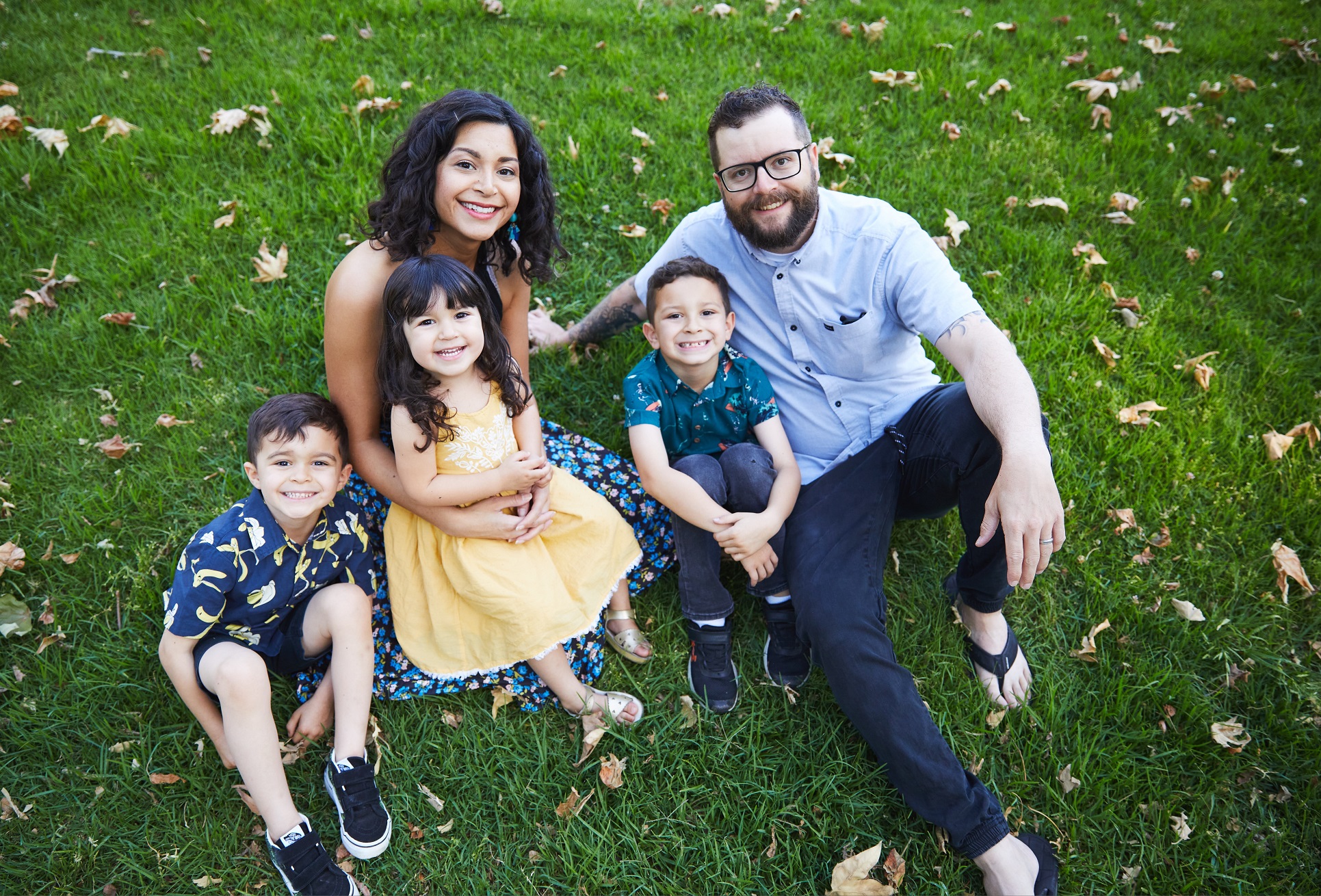 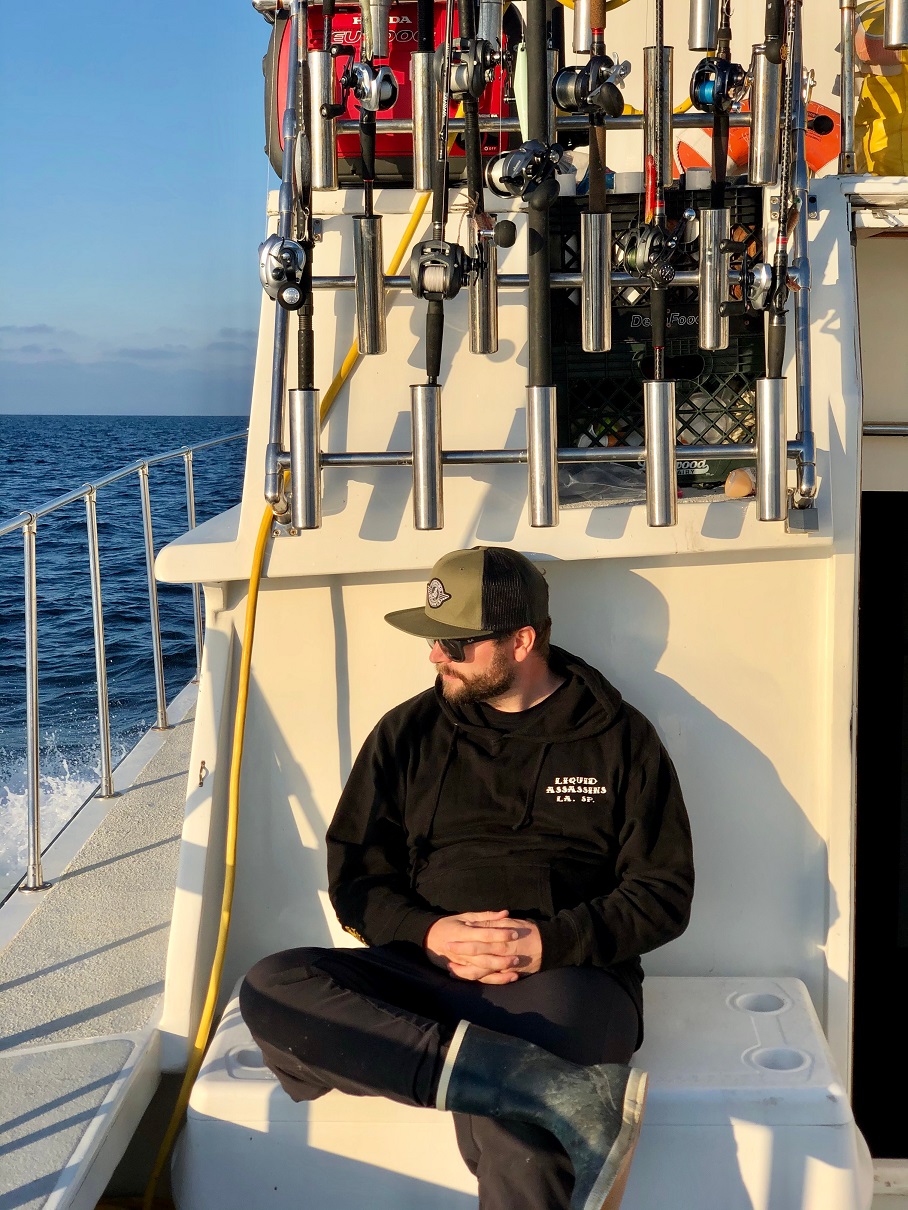 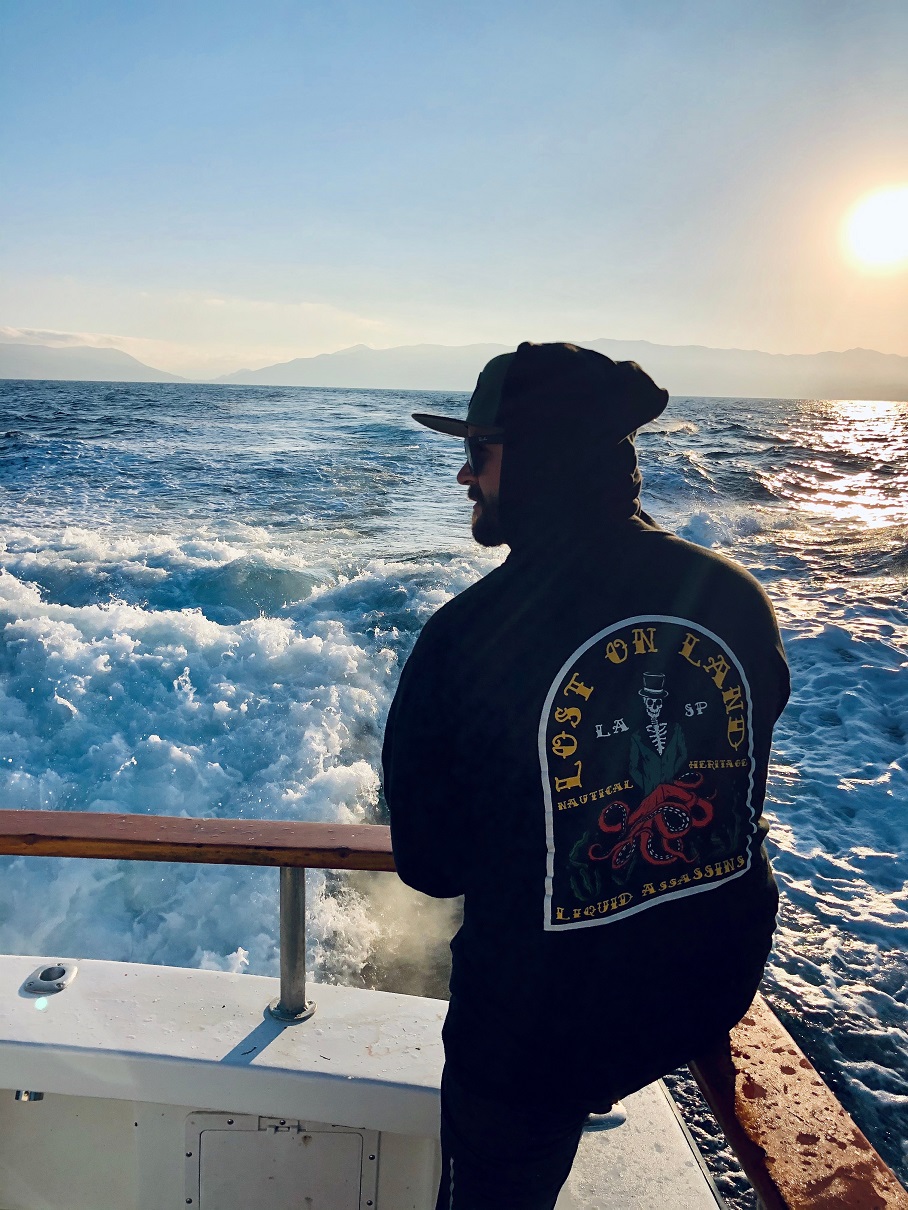 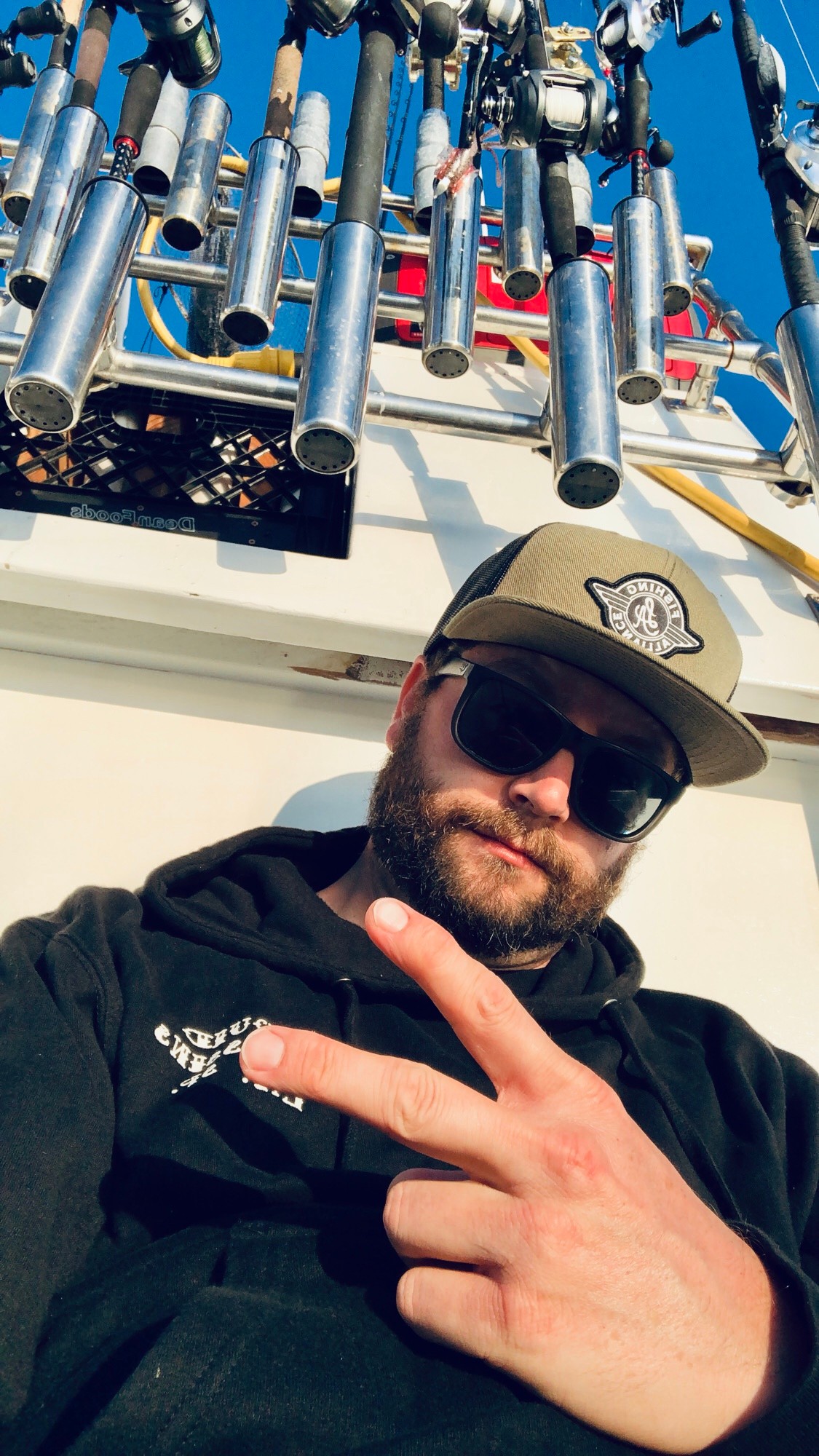