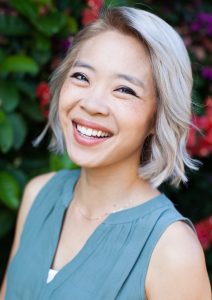 Today we’d like to introduce you to January Lim.

Alright, so thank you so much for sharing your story and insight with our readers. To kick things off, can you tell us a bit about how you got started?
As I drove through the 101/110 junction early October of 2008, surrounded by the colossal concrete jungle that was DTLA, I remember thinking, “I’m going to get on the Ellen Degeneres show by 2010.” I wonder how many other aspiring actors had thought the same thing, hauling their belongs in their hatchback and meager savings account. I am a pastor’s daughter– an only child and daughter of a Korean immigrant family–who grew up in the Silicon Valley, was trained in classical violin for 12 years, only to go the wayward path of becoming an actor after graduating from Boston University with a Film and TV degree in 2006.

I moved to Los Angeles to pursue my dream of becoming Meryl Streep’s co-star (even if it was a role of a waitress handing her a cup of coffee) 2008 and quickly found myself lost and isolated in the sprawling city of Los Angeles. Despite my upbringing, I had left Christianity behind in my college days — or at least I was running away from who I thought God to be: a stern, disapproving patriarchal father figure. However, I was desperate for community and the church quickly became my source of friends who would take me in, feed me dinners, and pray for me. That led the way to a renaissance with God, who through prayers and hands on care of my newfound church family, proved to be a presence that was actually quite different from the God that I thought God to be. This God was a friend, a colleague, a supporter and a leader, a general and a fellow foot soldier… this God was a God that loved and embraced me no matter what. My performance did not matter to God – only my presence and our relationship to one another did. Thus began a journey towards my wholistic identity as a creative that believed in Jesus.

As I continued to take acting classes, go to auditions, book commercials, get edited out of commercials, act in short films, get hired as an extra on big-budget films, I also found myself getting involved in multiple roles within church ministry. I also curiously found myself returning to my roots in music; I began leading worship for youths which evolved in leading for the adult congregation. I picked up the guitar, began learning bass, got comfortable improv-ing on the violin. I even started to utilize my “broken-voice” as a singer! Wanting to somehow live an artistic life anchored in my faith, I found myself applying for my Masters of Theology in Theology and the Arts at Fuller Theological Seminary. Soon after, I auditioned for the Fuller Chapel team that has played a huge hand in shaping me as I am today. Here, I found myself surrounded by a diverse and uniquely made up circle of creatives who also was pursuing similar paths as I; paths that required breaking through old ways of thinking, fighting against the urge to stay within traditional and cultural modes of thinking and expressing. Here, I found a group of artists who collaborated and supported one another through our different strengths and the sharing and covering of our blind spots.

Through the Chapel team, my Fuller studies and the different opportunities that birthed from them both, I found myself empowered to trust in my roots and allow for whatever God had been designing into my personal story to play itself out freely. That brings us up to date. Today, I serve as the Worship Arts Pastor at Evergreen Baptist Church of Los Angeles (Rosemead campus) while still serving on the Fuller Chapel team. Despite the fact that I have a complicated relationship with the church and the fact that as a Korean American woman, I still face forces that try to silence me every day, I am so grateful for the platform that I’ve been granted to help usher people into the freeing and safe spaces of worship. I am amazed at how God has tied so many loose strands of my life together, not just as a musician (these days, you can find me strumming fiercely on an acoustic guitar, slapping the bass, fiddling around, or singing with a raspy alto voice) and an actor, but someone who’s experienced the richness of a diverse, unique community and is eager to be an extension of that warm invitation. How important that seems during socially distanced and isolated pandemic days as these!

I’m sure you wouldn’t say it’s been obstacle free, but so far would you say the journey have been a fairly smooth road?
It has definitely been a bumpy road. There have been many times where I’ve wrestled with the expectations of my parents as an only child and when I’ve felt like I’ve failed them. I’ve also had many, many years plagued with financial instability as a struggling actor. Additionally, there have been so many days that I’ve felt silenced and told who to be by patriarchal spiritual male leaders of my life. These statements still come back to haunt me when I’m emotionally vulnerable and they manifest as a severe case of Imposture Syndrome. Can anyone relate? The struggle has been real indeed!

As you know, we’re big fans of you and your work. For our readers who might not be as familiar what can you tell them about what you do?
Currently, I serve as a Worship Arts Pastor at Evergreen Baptist Church of Los Angeles (Rosemead Campus) as well as as a Worship Assistant on the Fuller Chapel team. Additionally (and miraculously), I am still a represented actor! As a musician, my greatest asset is my versatility: I am able to hop around from acoustic guitar to slapping the bass, to fiddling on the violin, and even singing through a raspy, broken-alto voice. My main squeeze is probably still the violin through which I can sing notes that my vocal chords absolutely balk at singing. Friends have also commented on my spontaneity and ability to improvise. As an actor, I’ve learned how to listen well and to respond to the most subtle nuances of communication. What has been most surprising is how the pandemic has brought my back training as a Film and TV production major! Producing instincts and editing skills that have lied dormant for years have been coming back to life as our church and chapels have gone online due to the pandemic.

Who else deserves credit in your story?
Whew – how do I even begin? It has taken a village of people to carry me all the way here! Here’s goes a few that come first to mind, and certainly they aren’t the only ones! Sarah Uneeh – Uneeh is a Korean term of endearment that means “older sister.” She first took me in when I was a lonely, new-to-LA stranger. She fed me and gave me no option to say “no thanks.” She had no reason to befriend me, but she did, and then she asked me to live with her and her friends who became my closest sisterhood. I’ll never forget the hospitality she extended to me 12 years ago and I have become an extension of that hospitality to so many new LA transplants since then! Julie Tai – my incredible, sometimes silly, often brilliant Fuller Chapel Director. From the day I auditioned for the chapel team, she has been so generous about sharing her platforms with me. She has taken me along to many conferences she has led, which has only allowed for more opportunities to come my way. She continues to challenge me in the way I design my worship services, the way I curate liturgy and the ways I approach my own original content! My Evergreen Staff – Although I’ve only known them but a year, they have allowed this very direct, enneagram eight newcomers to come be director. I could not have survived this pandemic without their flexibility and their willingness to meet the deadlines I would often “impose” on them.

I’m so grateful for this team that has warmly and generously allowed me to lead this church into worship in this unprecedented era of the church. Fuller Chapel Team – Mide, Ivan, and Joel are my current teammates, but every year, there have been so many creatives that have come into my life through their music, their personalities, and their faith. My art and creativity has only been bolstered by all of the collaboration, and I stand upon the foundation that is built on all of our expressions of worship! My parents – Deborah and Tek Lim. We’ve definitely struggled to find ourselves here, as an immigrant family, as a pastor’s family, as three individuals who struggle with owning vulnerability and weakness. My parents however disapproving at times, have always been my go to survival unit. They have always pulled through for me, be it financially, or just spiritually paving the way for me. I am so thankful for the leadership they continue to provide in my life– as my number 1 fans (or critics haha!) and as worship leaders themselves! 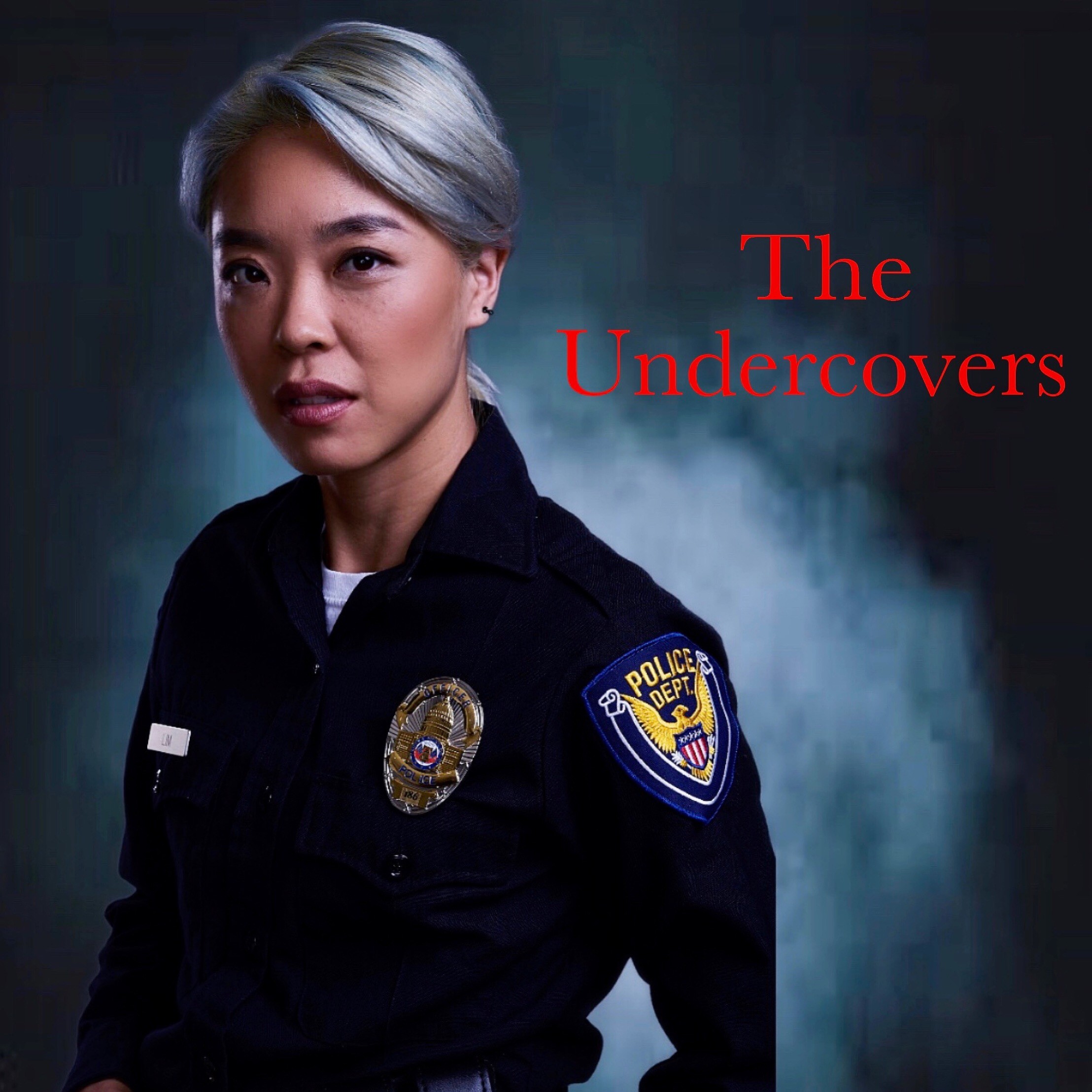 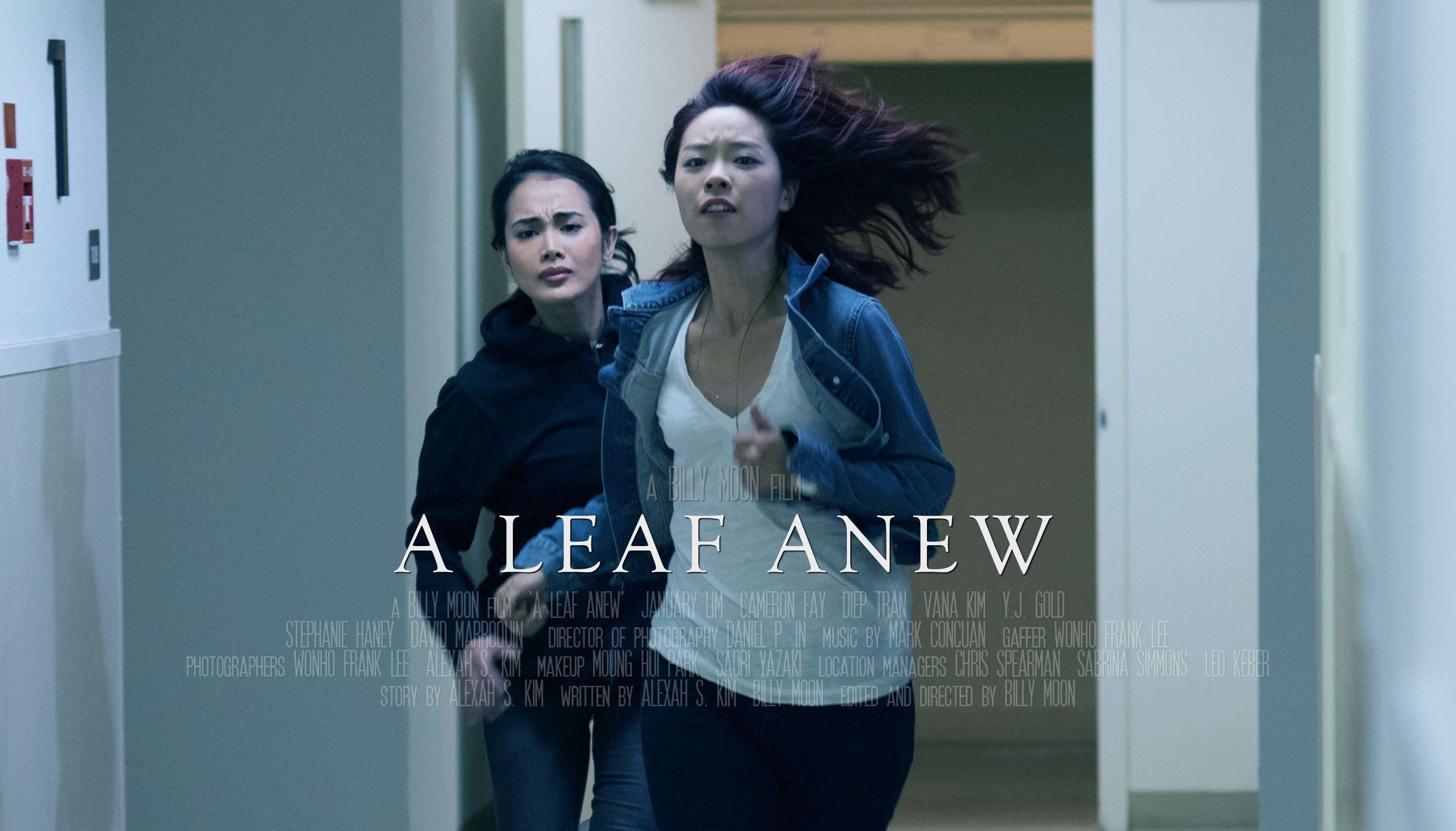 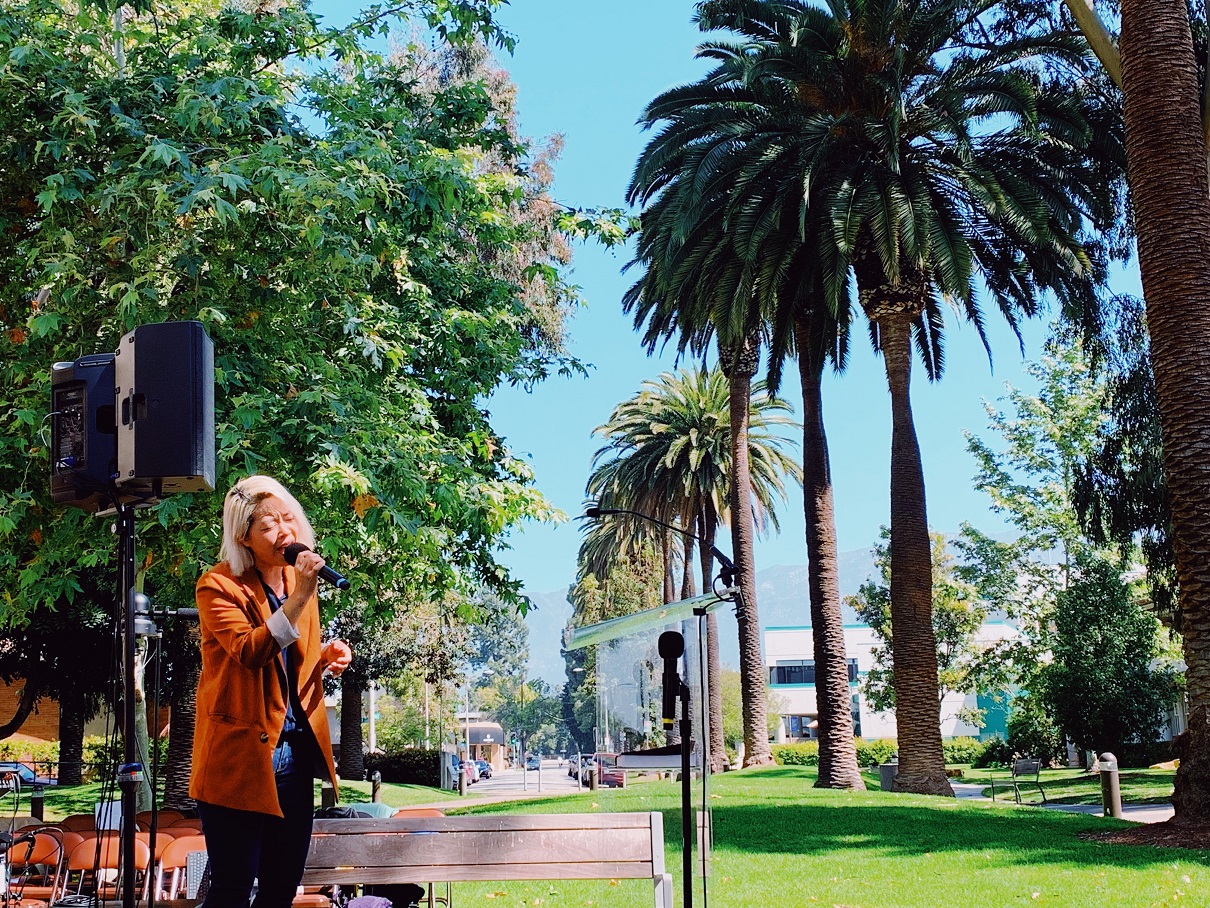 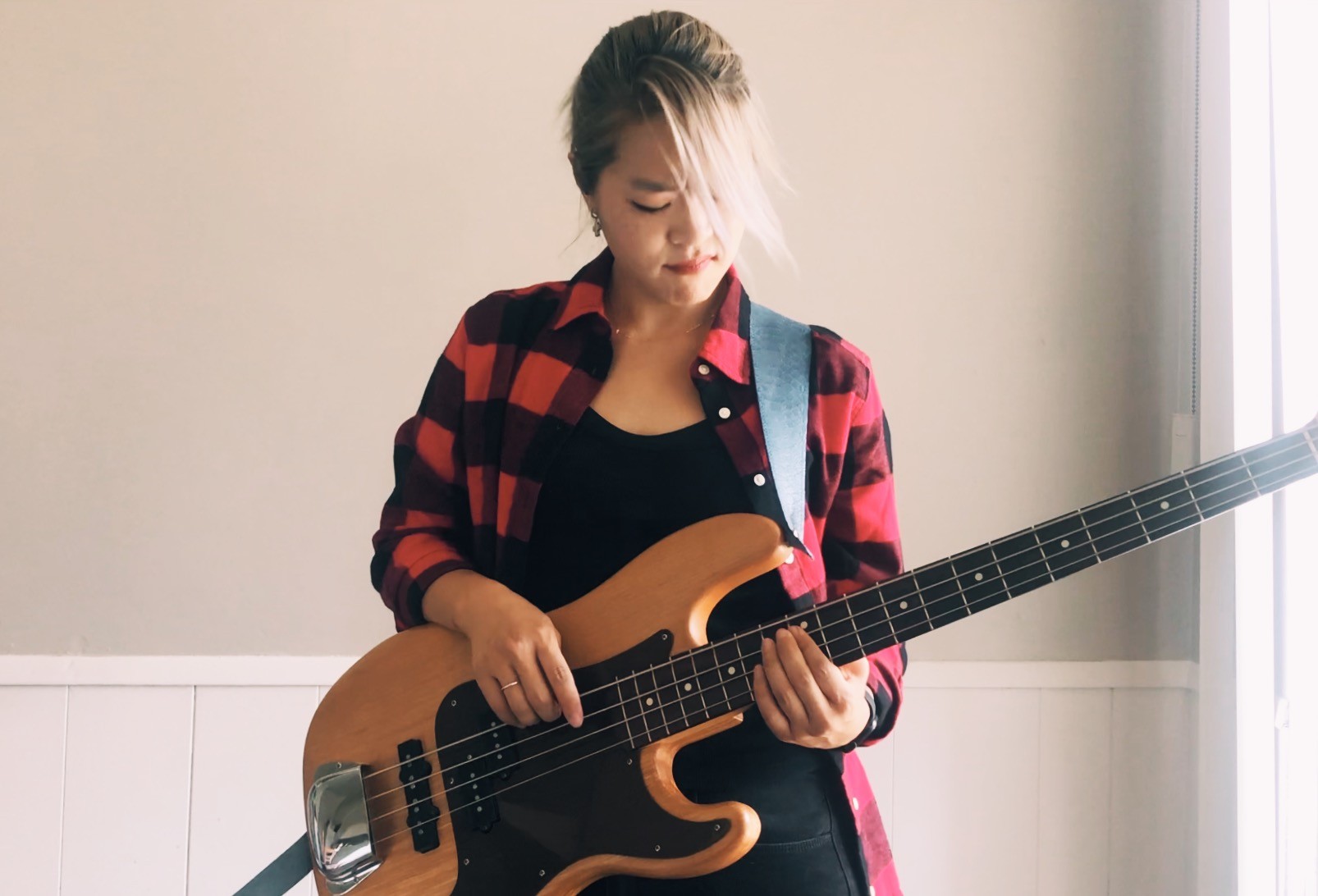 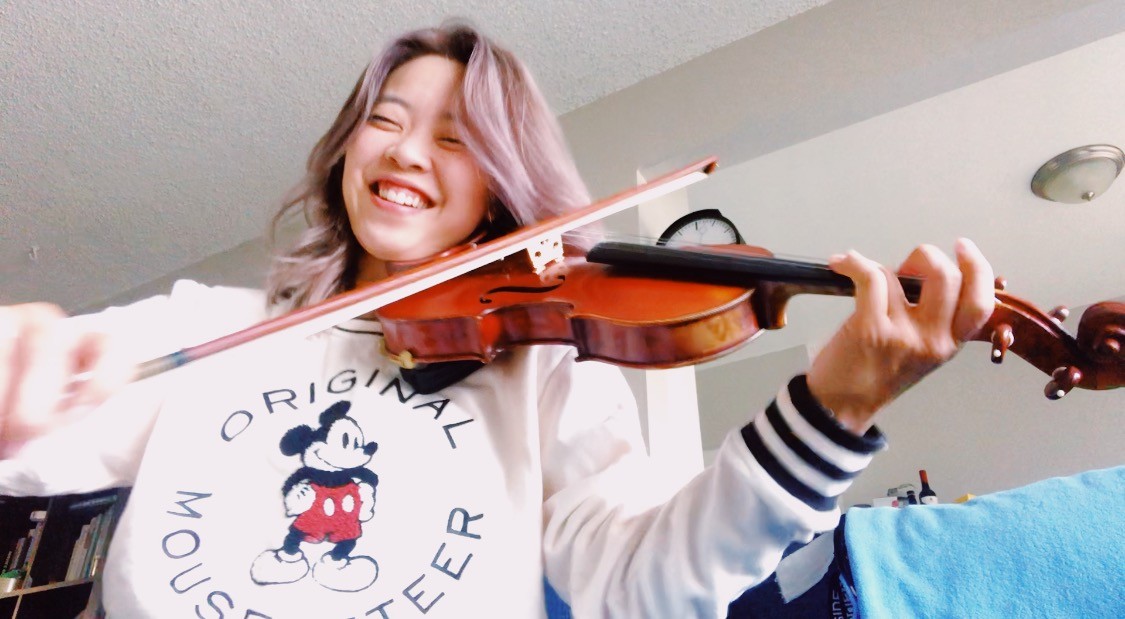 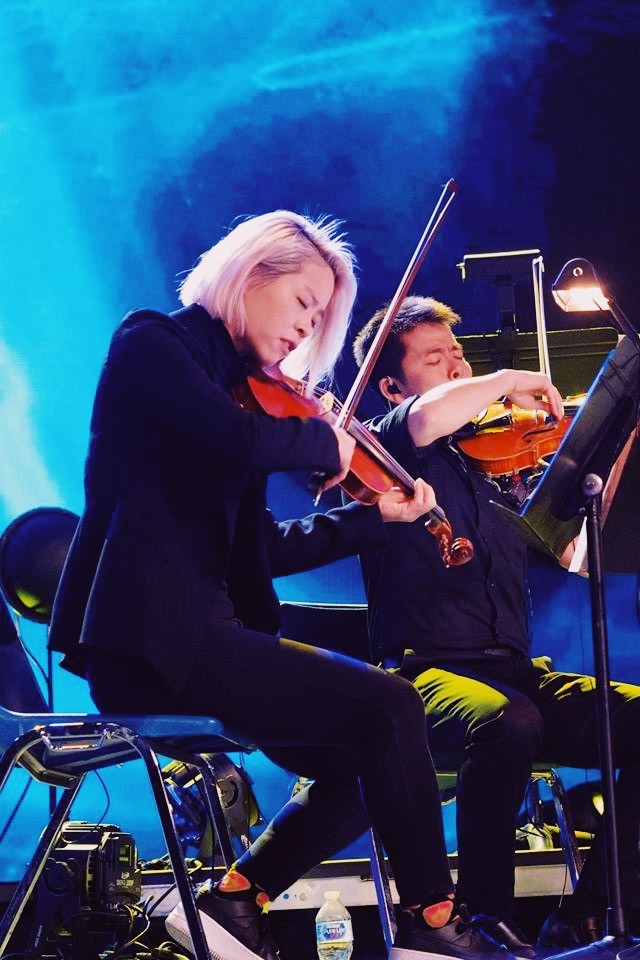