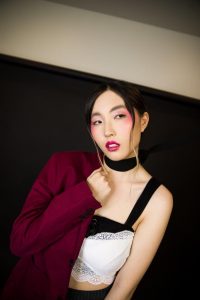 Today we’d like to introduce you to Hyejin Yi.

Hi Hyejin, thanks for joining us today. We’d love for you to start by introducing yourself.
I started off just singing in church and joining school choirs, but at a young age I knew that I wanted more than that. I grew ambitious and started telling my peers that I wanted to become a singer. Most of the time, I was shot down and told that I would never be a singer. And for a good chunk of my life, I believed in that. I believed that I’d never been good enough and slowly, I started to crumble. Don’t get me wrong, I never stopped singing. I just gave up on the notion that being a singer could become a reality for me. So I started doing what a normal college student is “supposed to do”; study, date, work, network. But everything just felt empty. I felt selfish because I had the thought, “this isn’t enough”. I didn’t know how to deal with my feelings so I started to put on some random lofi beats and would write down how I was feeling. I would do this almost daily to cope with the stress and doubt. It was kind of like having a diary except all my thoughts and feelings would be put into a song. As I kept improving my craft, I started to make a lot of new friends with the same passion. And eventually, I met my manager (WD) at a party through mutuals. Not too long after quarantine started and I still hadn’t released any music. Being stuck in the same place for months just brought me back to my own headspace and I was flooded with more doubts and insecurities. So I started writing another diary entry from a beat that my manager (WD) gave me. And that’s when I wrote my first single, “Cloudy Thoughts”. These doubts and feelings will never go away, but I can proudly say that I’ve been handling it in my own way. I wanted to become a singer. Well look at me now. I’ve finally done it and the only way I’m going is up 🙂

Alright, so let’s dig a little deeper into the story – has it been an easy path overall and if not, what were the challenges you’ve had to overcome?
I’m still a new upcoming artist so my road as an entertainer is far from ending, but it’s been a bumpy one. I think the biggest struggle was figuring out that I needed to love myself and try to take stranger’s comments with a grain a salt. In the past, I was told that I needed to lose weight, that I was ugly, I didn’t dress up enough, I wasn’t a good singer, that I was untalented and could never make it. All of these things are constantly being repeated into my head subconsciously. These cuts run deep and I think that most small artists are inflicted by this. I know that it’ll only get harder, but I’m willing to fight with all that I’ve got. And some of the ways I’ve been able to counter these thoughts is by releasing new music and getting more opportunities ~ (like this interview!).

Thanks for sharing that. So, maybe next you can tell us a bit more about your work?
I’m known for being a Korean American singer-songwriter. It’s only been a year of working with my manager (WD) and we’ve already accomplished so much. I’ve had my voice on a snapchat filter, released my first single, did a collaboration with another artist, and have made demos for other Asian artists. What sets me apart from most artists is that I’m not under a big label. I’m not a kpop artist based in Korea. I’m just a random independent artist that’s just trying to get her foot in the door. I don’t think I know many artists that are able to release songs without a company. I think that, in itself, is pretty noteworthy. And to top it off, all of the songs that I write are a part of who I am. Every song I come out with are true to how I view life. Knowing that my song “Cloudy Thoughts” has been relatable to so many really brings a smile to my face. Because instead of only me writing these songs to cope with my problems, I am able to help a listener cope with theirs.

Before we go, is there anything else you can share with us?
It’s okay to be sad, it’s okay to be doubtful. Not only as an artist but as a person that’s going through the motions of life. You’re not alone and there are hundreds of people that are feeling the same way, including myself. Everything that I’ve put into this interview is 100% how I’ve felt for a majority of my life. The only thing that you can do is try to find ways to slowly accept yourself. And hopefully, my music can help you out along the way 🙂 I’m also promoting myself through twitch so I’d recommend checking me out on there ~ I usually just play games, sing, and sometimes I livestream myself writing songs. If you’re bored or want to talk to someone new go ahead and join my community! 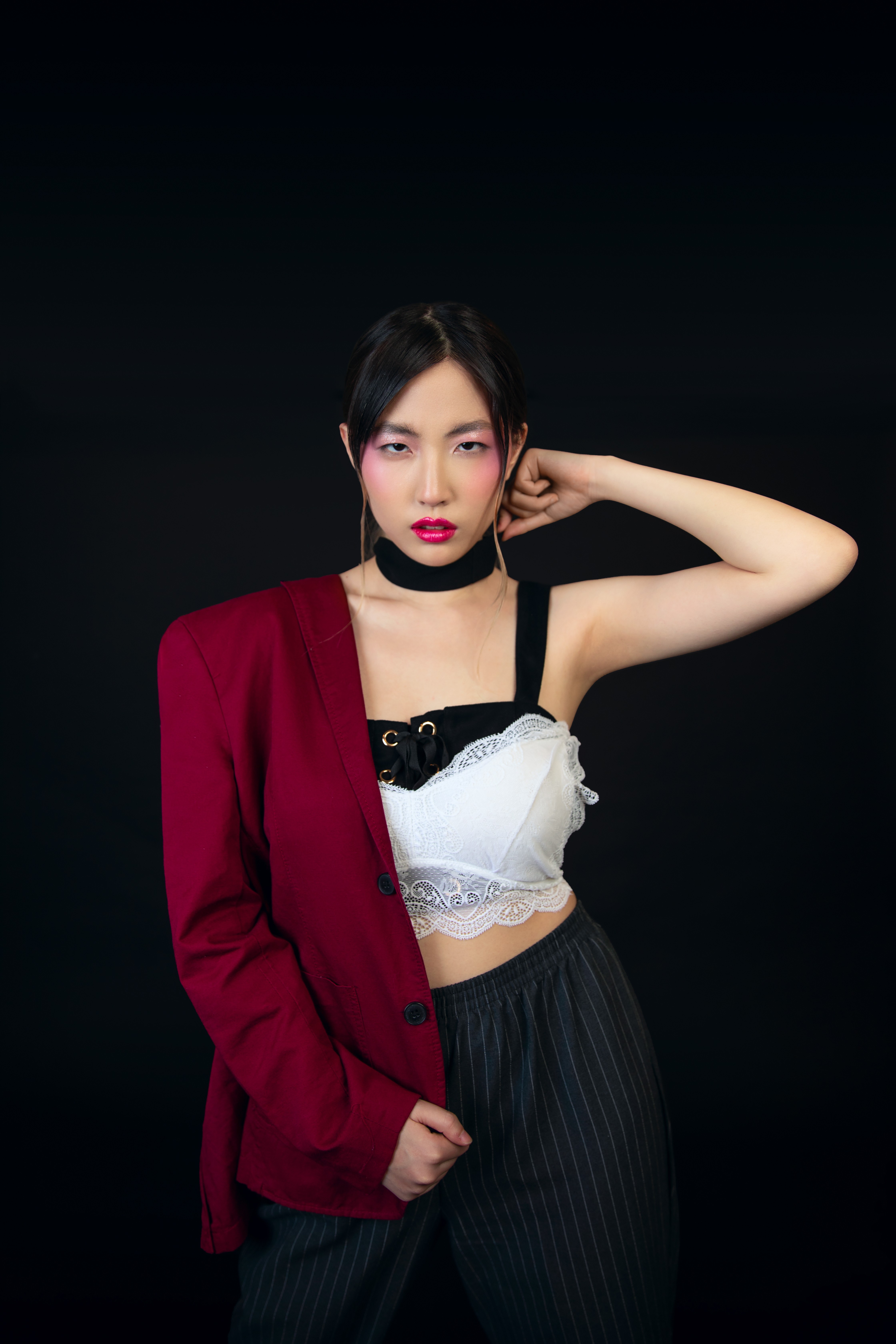 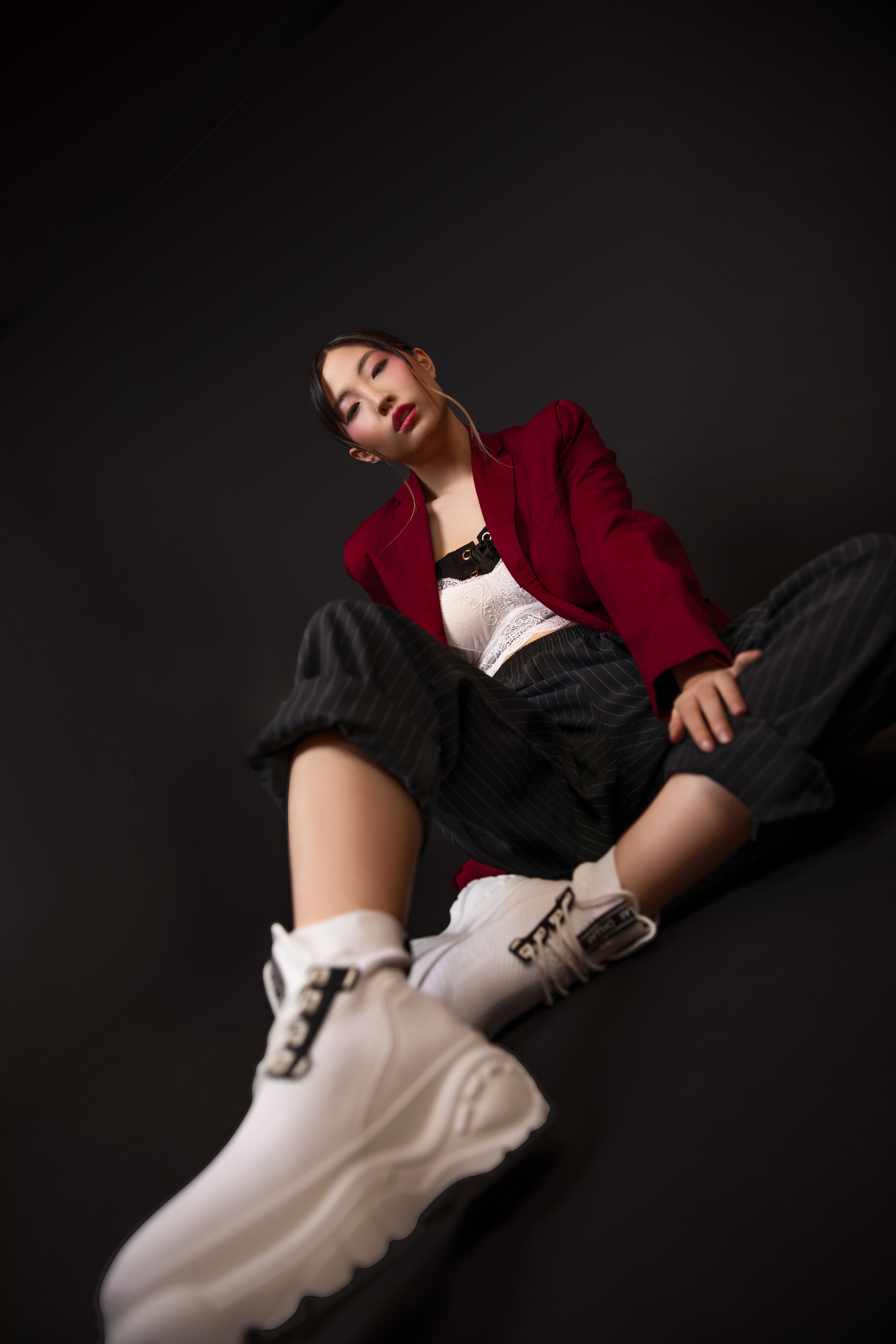 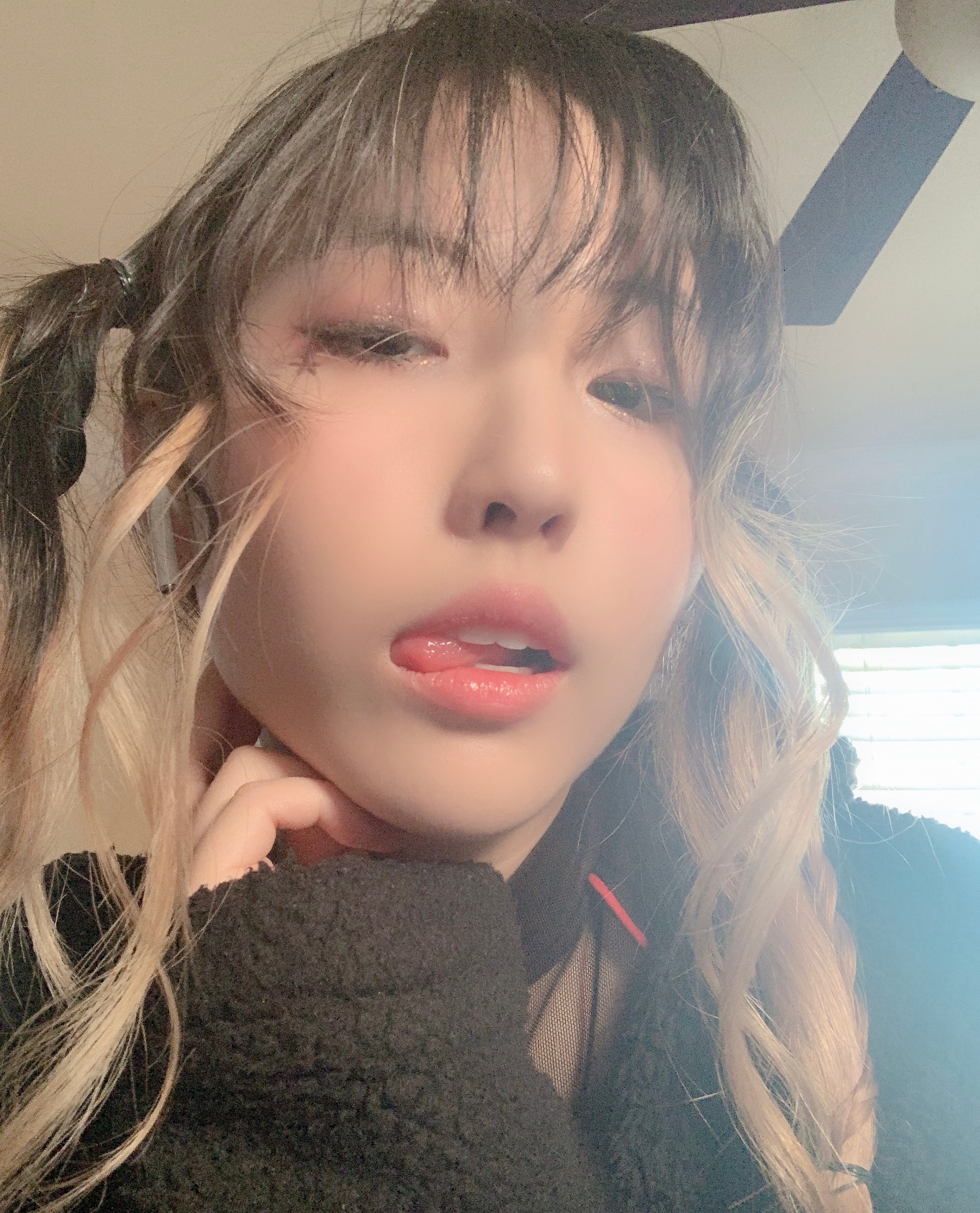 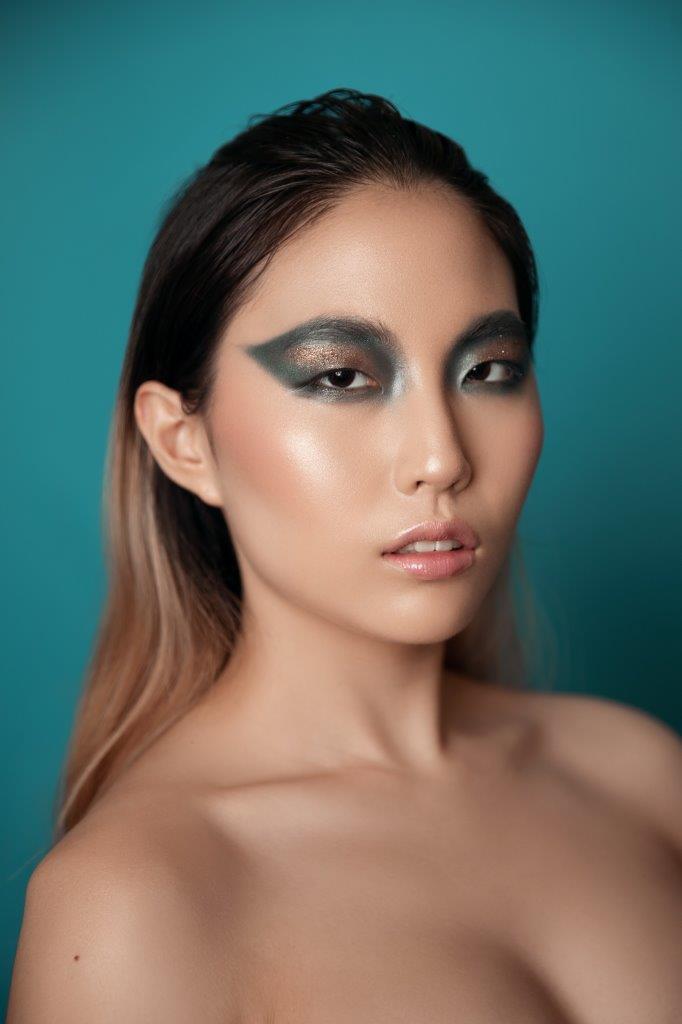 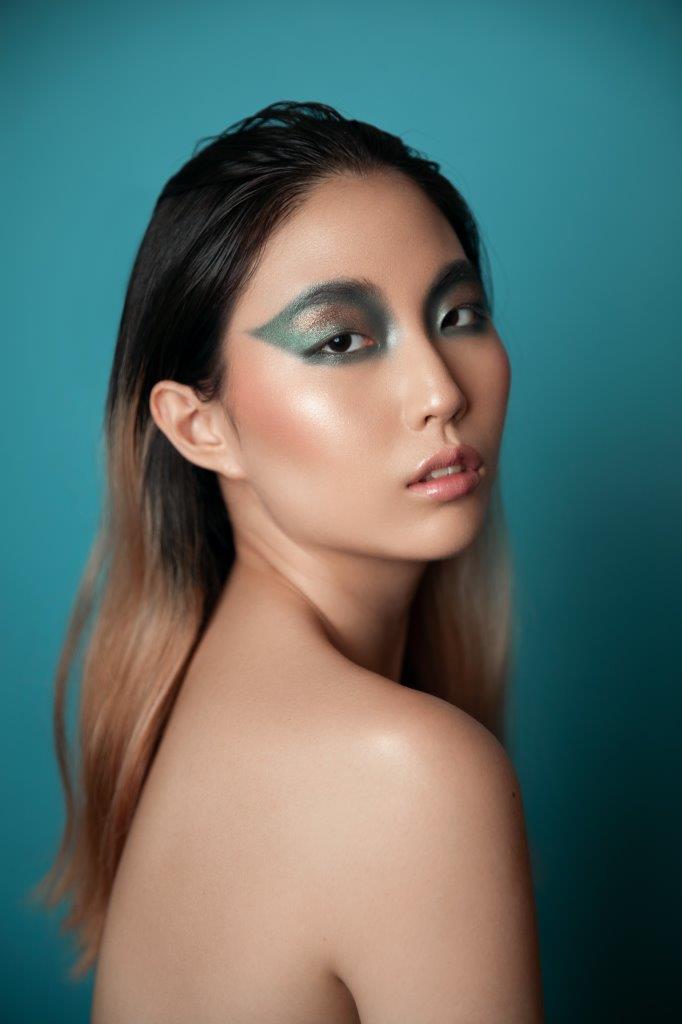 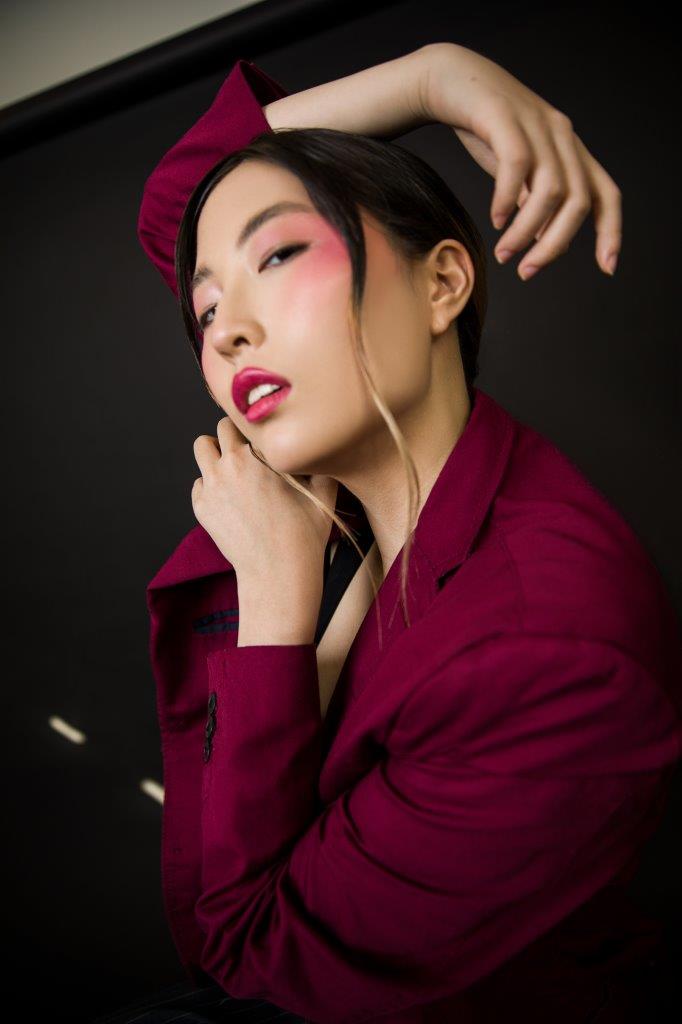