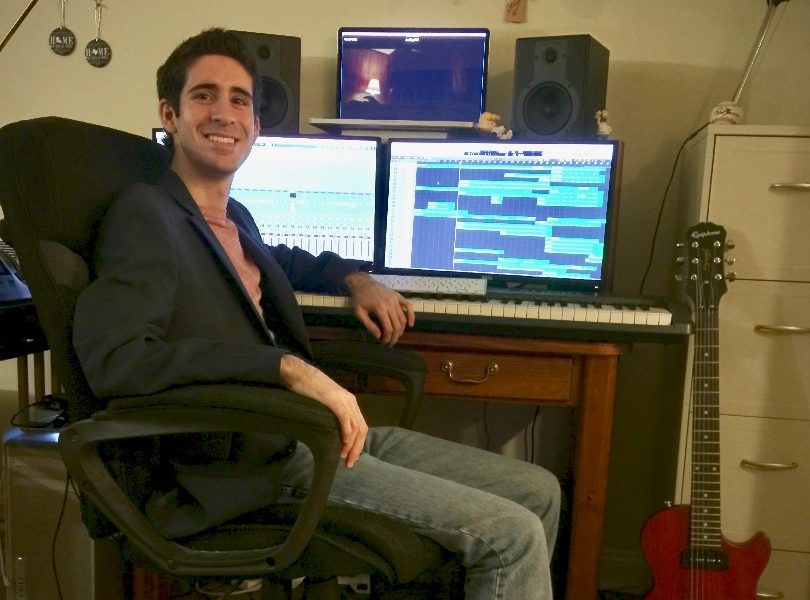 Today we’d like to introduce you to Gregory Deiulio.

Hi Gregory, it’s an honor to have you on the platform. Thanks for taking the time to share your story with us – to start maybe you can share some of your backstory with our readers?
My interest in music started when I was eight years old when I was sitting at a piano at my grandparents’ house. My grandparents, being musicians themselves, recommended I take piano lessons, and my curiosity and passion of music took off. Around that same time, I was playing the game Final Fantasy VII, and it was the first time I actively noticed and listened to any music in a video game. A few years later, I heard James Horner’s score to the film House of Sand and Fog, and that made me realize that I wanted to be a composer for film, tv and games. I continued studying piano and music composition, attending the Manhattan School of Music pre-college program in NYC and went on to receive a Bachelor’s degree and Master’s degree, both in piano performance, from Louisiana State University, in Baton Rouge, LA. While in Louisiana, I attended the concert of one of my favorite composers and singer/songwriter, Mr. Randy Newman, and was very fortunate to be able to meet him after, where he became a very big and influential mentor and friend to me and remains so today. This friendship ultimately led me to moving to Los Angeles to further pursue my career as a film composer, where I have met and worked with so many talented and passionate filmmakers and musicians around the area, country and world, and continue to work as a composer for film, tv and games.

We all face challenges, but looking back would you describe it as a relatively smooth road?
I think everyone in this industry experiences ups and downs in their careers along the way, I think that’s part of being in any creative area. For me, I always look at any situation and experience, both good and bad, as an opportunity to learn something and figure out how to improve on it for the next time. You can always take something away from any given experience (even from positive ones) and use that to grow as a creator, collaborator, and person. I definitely have been enjoying the whole journey of working as a composer, from the friends I’ve made, both in and out of the industry, to the awesome people I’ve had the honor of working with, and everything else along the way.

Thanks for sharing that. So, maybe next you can tell us a bit more about your work?
I work as a music composer for film, tv and games, and am a concert pianist. I’ve been fortunate to have been able to work with so many talented filmmakers and creative minds over the years, writing music scores to enhance the stories they’re telling, breath more depth into the characters they develop and create an overall music environment supporting certain scenes and ultimately the film. I love how each project and story requires a different sound, style, feel, etc., and the moments collaborating with the filmmaker and then hopping in my studio to figure out how to achieve that sound, or thematic idea (whether it’s through writing for a more traditional classical orchestra, or more electronic-based, mixing the two together, or even creating my own new sounds, among many others), are some of the most fun with what I do. Some of my latest work includes scoring the feature film Acceleration, starring Dolph Lundgren, Chuck Liddell and Sean Patrick Flanery, the feature film Yes, starring Nolan Gould and Tim Realbuto, and the Emmy-nominated series A House Divided, streaming on Amazon, starring Lawrence Hilton-Jacobs, Demetria McKinney, and Brad James. What am I most proud of and what sets me apart from others? That’s a tough question to answer, there are a lot of really great and talented musicians out there, but I’d have to say my passion and drive of music and the film, tv and game mediums and art forms.

I love writing music and collaborating with musicians and filmmakers, but I also just love the whole aspect of filmmaking, creating a game, etc. When I’m not writing music and working, I love meeting and chatting with other musicians, filmmakers and cast and crew throughout the industry to learn more about the craft they do, from editors to cinematographers, costume designers, among everyone else. My interest and curiosity in the entire filmmaking process is endless, and I’ve also found that the more I learn about these other areas of film and games, the better composer I become. It’s amazing how powerful, for example, a simple and subtle costume choice, or a split second longer of a particular scene in an edit, can alter the feel of the scene and film, thus changing my perception and approach to scoring a project; I end up dissecting and picking up more subtle details and choices in the imagery and film, which give me an even better understanding of the story, allowing me to see more clearly exactly the filmmaker’s vision and intention of the film, and further enhancing my ability to musically explore and find that perfect sound.

Are there any apps, books, podcasts, blogs or other resources you think our readers should check out?
I do try to find some time to read a little, one of my favorite authors being Stephen King. I am a fan of his ability to create such vivid imagery with his writing, and I will oftentimes re-read sections, imagining a music score in my head of what would I do if this was a scene playing out. I actually enjoy reading movie scripts too, particularly ones that I haven’t seen yet on tv, for the same reason as with Stephen King’s books, to try to read past the words and imagine the film of the script playing out, and I score it in my head. It really helps me to better visualize a story and idea and get on the same page of filmmakers when talking with them about the story and film. I do love comedy, so I’m often times listening to Bill Burr’s podcast in the car and when I’m away from my studio, as the simplicity of laughing always helps to keep me from taking everything too seriously and just enjoy what I do. And I do enjoy my sports too, I usually have NFL and college football (Geaux Tigers!), baseball, tennis, basketball, you name it, on in the background. 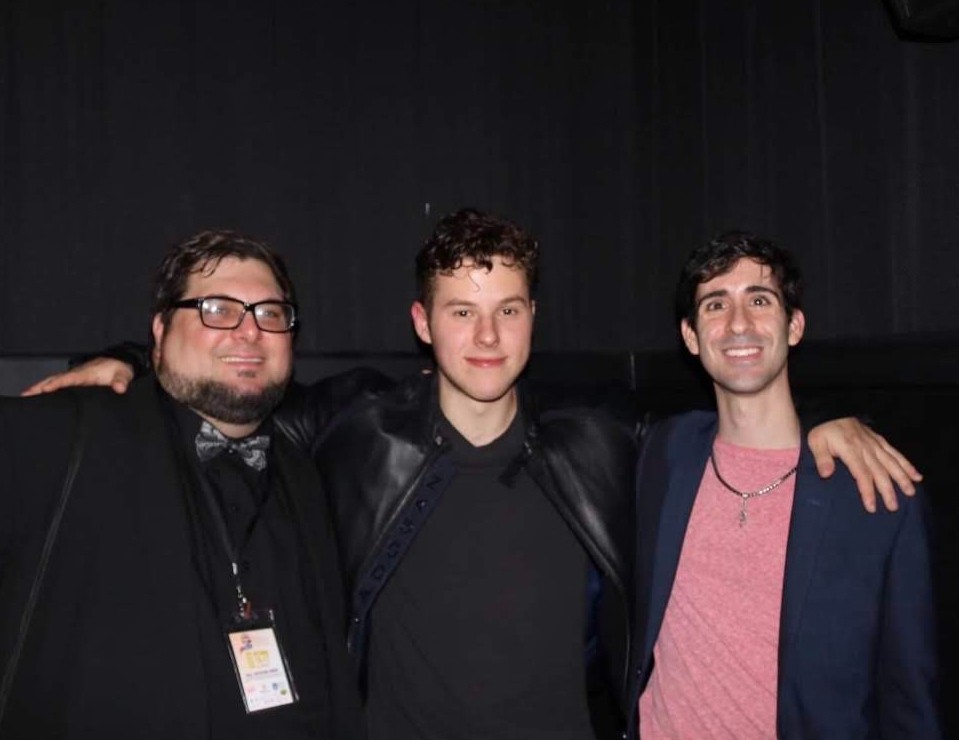 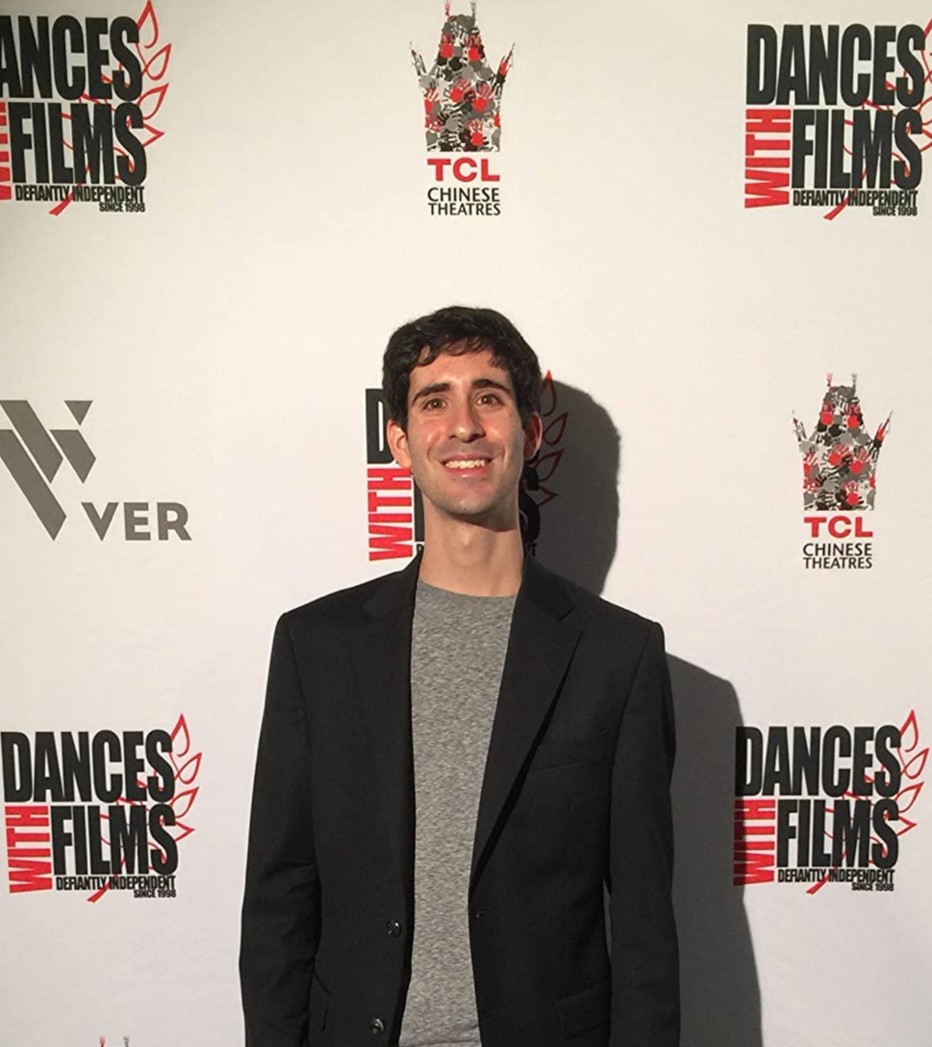 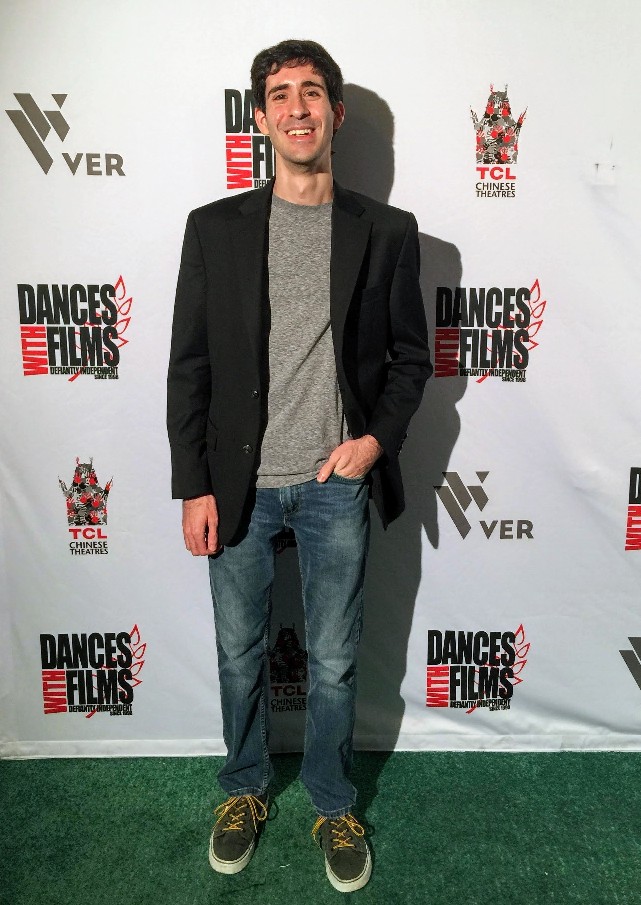 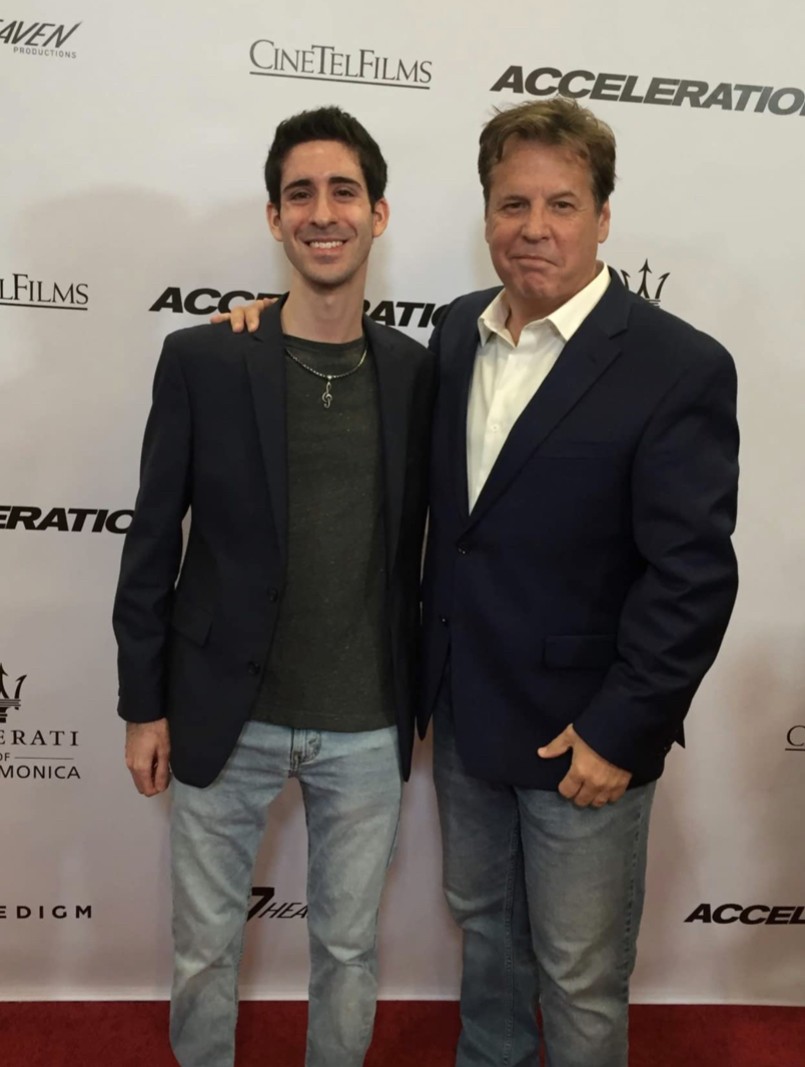 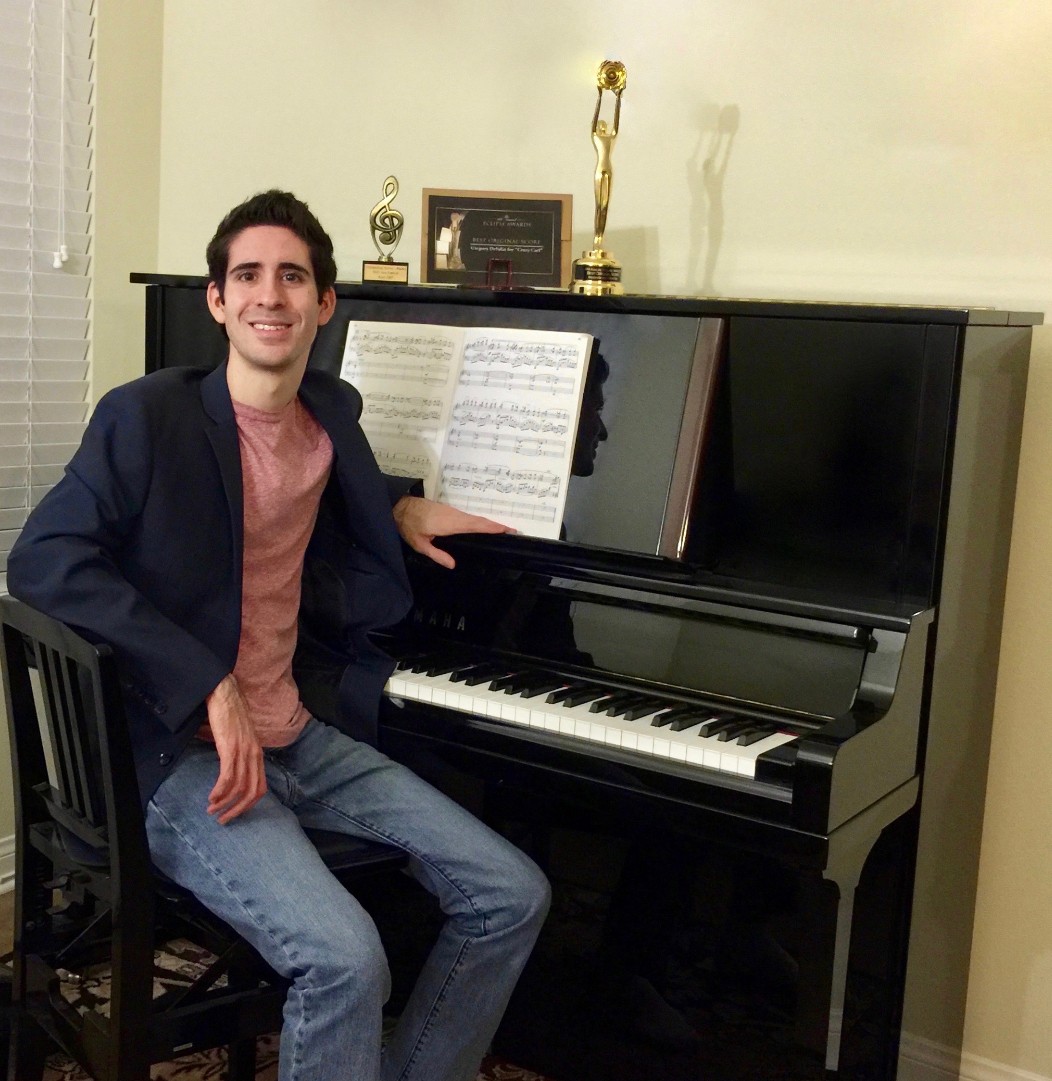 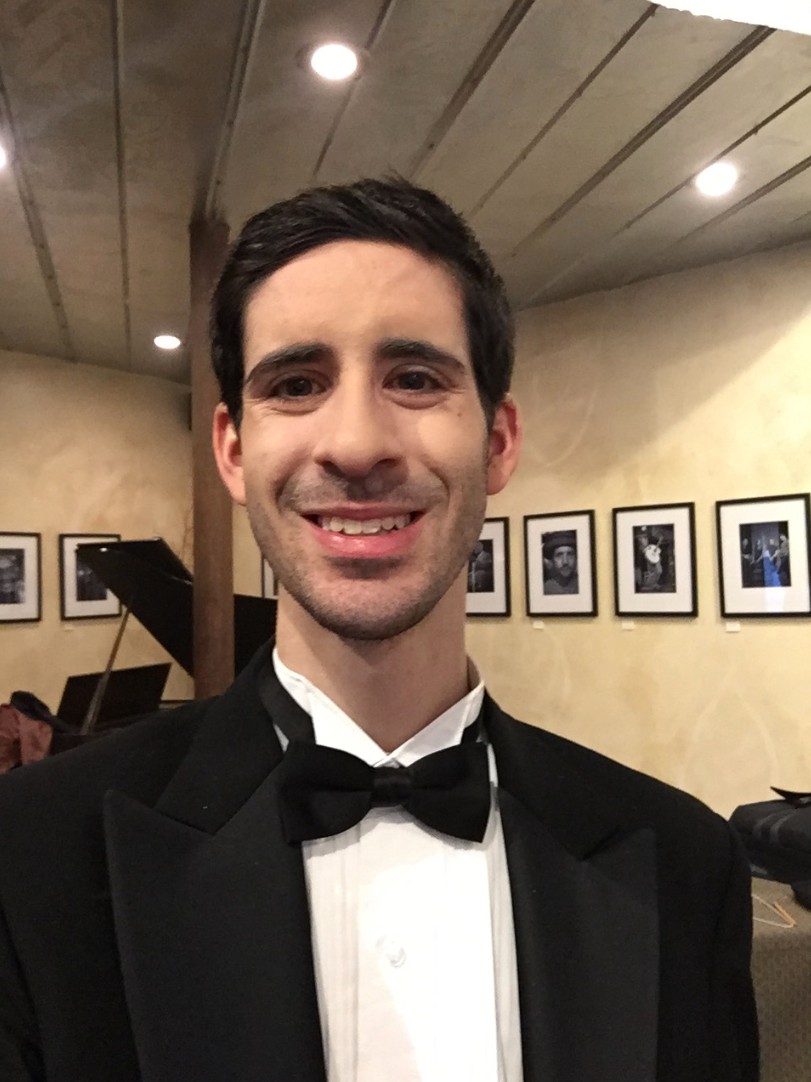 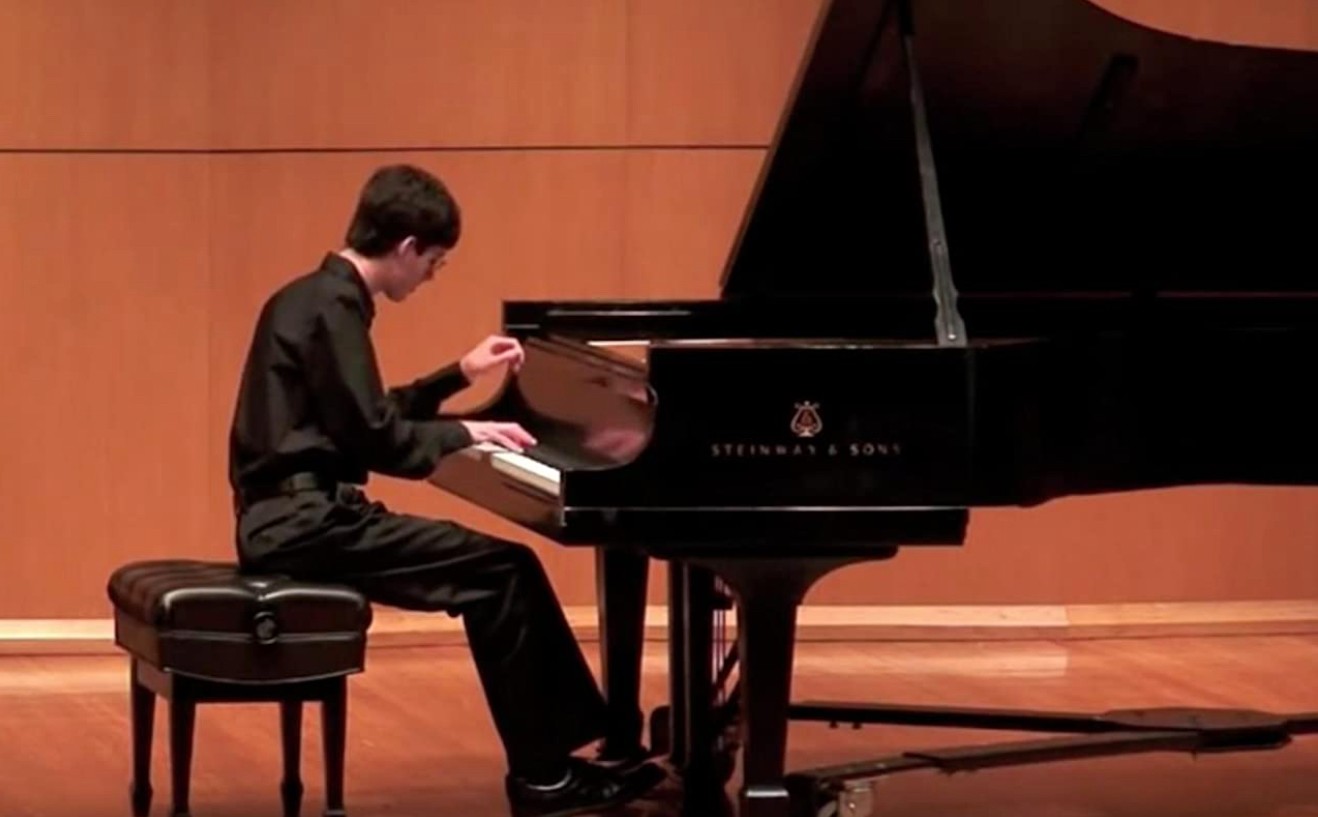