Life and Work with Debra Oh 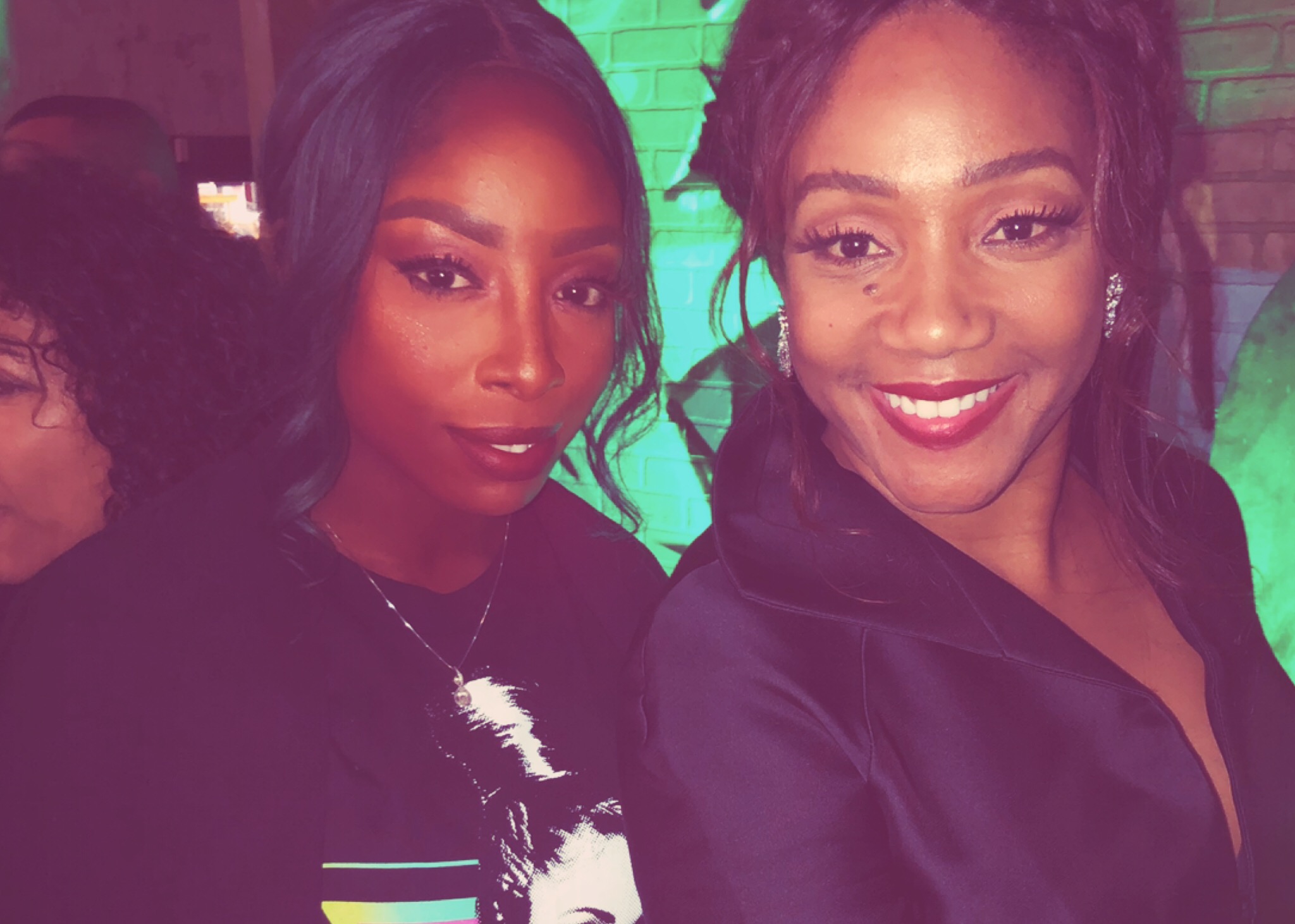 Today we’d like to introduce you to Debra Oh.

Debra, can you briefly walk us through your story – how you started and how you got to where you are today.
I grew up with loving parents and three siblings (two younger sisters and one older brother) in the South Bronx before moving further uptown. Even though I grew up in the hood, my parents made sure we didn’t feel that we were in the hood. In high school, I found my love for sports and the arts. I played basketball and was a part of the school’s step team. As a woman growing up in a Nigerian household, the pressure of having a profession that would bring honor to my family was important. I always had a passion for law and began prepping my life to become a lawyer but as much as I enjoyed the rush of a mock trial, I could never shake my first true love of writing.

I started my freshman year at Howard University in 2009 and decided that I would take the time to really discover myself. My parents hated it but I was never the in the classroom type I always enjoyed receiving my lessons from the field. I began writing for a campus entertainment blog and did work study at the University’s Communication school as well as PR and Media Relations for the University while working retail on the side. From there, I developed a love for entertainment reporting and creating content. I graduated in 2014 with a degree in Journalism and concentrations in Public Relations and Sports Management. I moved back to NY where I worked as an assistant manager at Nordstrom. This year was such a life turning point for me. My dad suddenly passed due to medical malpractice in July and five months later, my youngest sister passed from her own personal health issues. As tough of a time, I was going through, I vowed to begin living my life my fullest. I connected with a woman who created a blog around the same time and under my guidance and work ethic, it became one of the biggest African American entertainment blogs to hit social media. Not long after, I was able to move to LA and fully emerge into the industry.

Less than four years later, I have been able to move on to work for other companies as an entertainment reporter, social media content curator and strategist as well as have my own PR company. My work has now been featured on Forbes, NBC, CNN, People Magazine, VH1, Bravo, BET, E! Online, US Weekly, NY Times, Washington Post, Buzzfeed and much more.

Has it been a smooth road?
It’s funny because a lot of people used to tell me that I made things look so effortless when in all actuality, it has almost never been a smooth road for me. From being caught up in shady business with people I called friends, to moving across the country with no one but my boyfriend at the time, I definitely had to adjust to a lot. Let alone my personal life was also in shambles, with the death of my father and sister as well as going through a breakup and dealing with friends who I thought would never change up, I had my fair share heartache also but I kept hustling. I began developing a bunch of followers which meant the way I posted on social media also had to change. I became more censored and conscious about myself and what I was posting. As a person just graduating college and coming from the Bronx, a place not a lot of people make it out of, the transition was a lot for me. I was so naive believing anything that anyone would tell me in hopes someone would see me and my efforts. I realized, later on, I had developed anxiety from it all. I felt like I couldn’t trust anybody and I allowed it to overshadow my purpose for a while. I became very antisocial and angry. I even stopped my PR services because I needed to get myself together mentally and physically. After leaving TSR, I also quickly realized what the dark side of LA looked like. From doors that were once wide open to me being bolted closed, to industry friends I realized were never really true friends, I almost gave up on it all.

In the being of 2018, one day after my ex moved out for the umpteenth time, I had an ephipany, I didn’t want to sit in my depression anymore. After losing two immediate family members back to back, I knew life was too short to just waste it and plus there’s always someone out there going through worse. I began working out again and after a year of being unemployed, I was finally offered an opportunity. I have since been blessed to report at major red carpet events like the American Music Awards, SAG, NAACP Image Awards, Emmys, Espys, and the Golden Globes just to name a few.

I say all of this to say, never allow social media or others to make you think the journey you’re supposed to be on is supposed to be an easy one. You’re going to have to fight, cry, give up, fail, bleed to get the real rewards out of whatever it is you want out of life but trust and believe the reward will be more than worth it. Also, for the women who haven’t had the chance to deal with loss or grieve because we live in a male-dominated society where we can’t afford to express feminity or vulnerability, just know that it is okay to check out mentally. It is okay to feel all of the emotions that you feel, don’t bottle it up. I made that mistake thinking that I could handle it and all it did was break me down in the long run. Find girlfriends or a therapist who will motivate you but can also console you when you need it the most. Lastly, don’t be the girl in the room with just a pretty face. Actually have something to bring to the table and allow your work to speak for you. A lot of women get caught up on the wrong side of business, having to use their bodies to get where they want. That only lasts for but so long. Knowing yourself before you get into this industry is a plus because you’re less likely to waiver in your values but don’t be so closed off you miss out on other callings, Try your best to learn everything, the front and the back end of what you do; ie I learned how to edit my own videos and images on top of reporting in front of the camera. Equip yourself with all the necessary tools that will have your presence in any room demanding respect.

We’d love to hear more about your work and what you are currently focused on. What else should we know?
I wear many hats but I am a full-time entertainment journalist and social media manager at Kevin Frazier Production/ Hip Hollywood. As an entertainment journalist, I get to report live from star-studded red carpet events to interviewing some pretty amazing people who are pushing our culture forward in some way shape or form. As a social media manager, I am in charge of content curation and creation. That includes editing and posting visuals and articles across all of social media platforms for the company. I also have my own PR side hustle where I have had clients from the sports, music, beauty/fashion, and entertainment industry. I have curated red carpets for many events and offer press packages that include press releases, media alerts, appearances, social media presence, etc. I am also my own brand as I also do public speaking, hostings, and writing. My dream is to write and produce my own TV series loosely based off of my life.

I am most proud that I have stayed resilient over the years have been able to withstand hard times. I always reinvent myself and come back stronger. I am never afraid to ask question because I love to learn new things. I am always on the hunt to develop new skills. I just recently realized I had a love for tech while having to work my camera deck and other fun wiry things last minute at the Golden Globes by myself. Talk about a crash course! SB- I also work part-time at a boutique gym called Swerve Studio in West Hollywood.

Often it feels as if the media, by and large, is only focused on the obstacles faced by women, but we feel it’s important to also look for the opportunities. In your view, are there opportunities that you see that women are particularly well positioned for?
There are so many opportunities for women, especially in the times we are today. Even though we still have a long way to go, women are finally being recognized for our work in the industry and just being heard in general. The tech world is especially a great place to look into. I know it may not sound as glitzy and glamorous but it is definitely a life skill and a lot more fun than most may think. 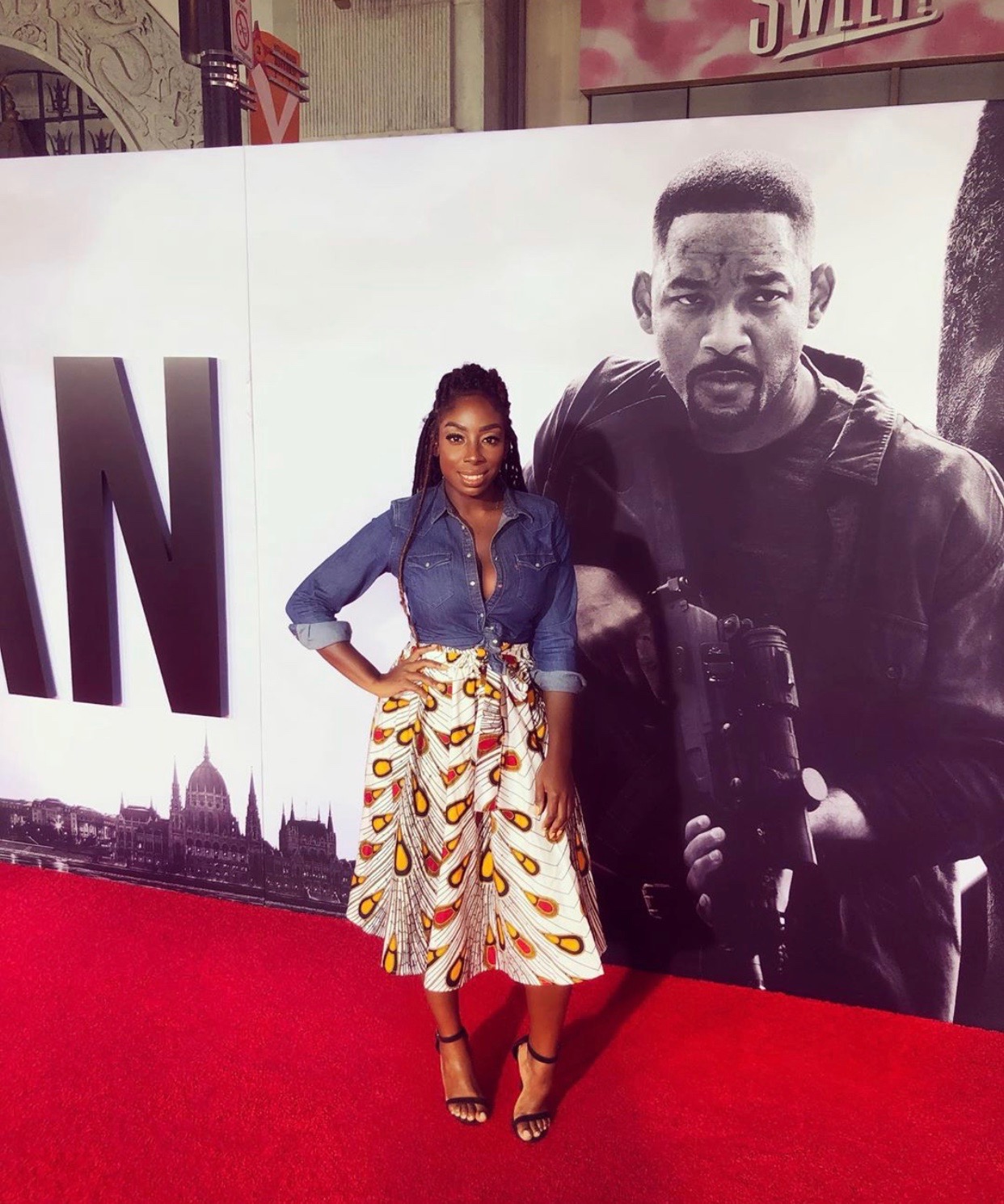 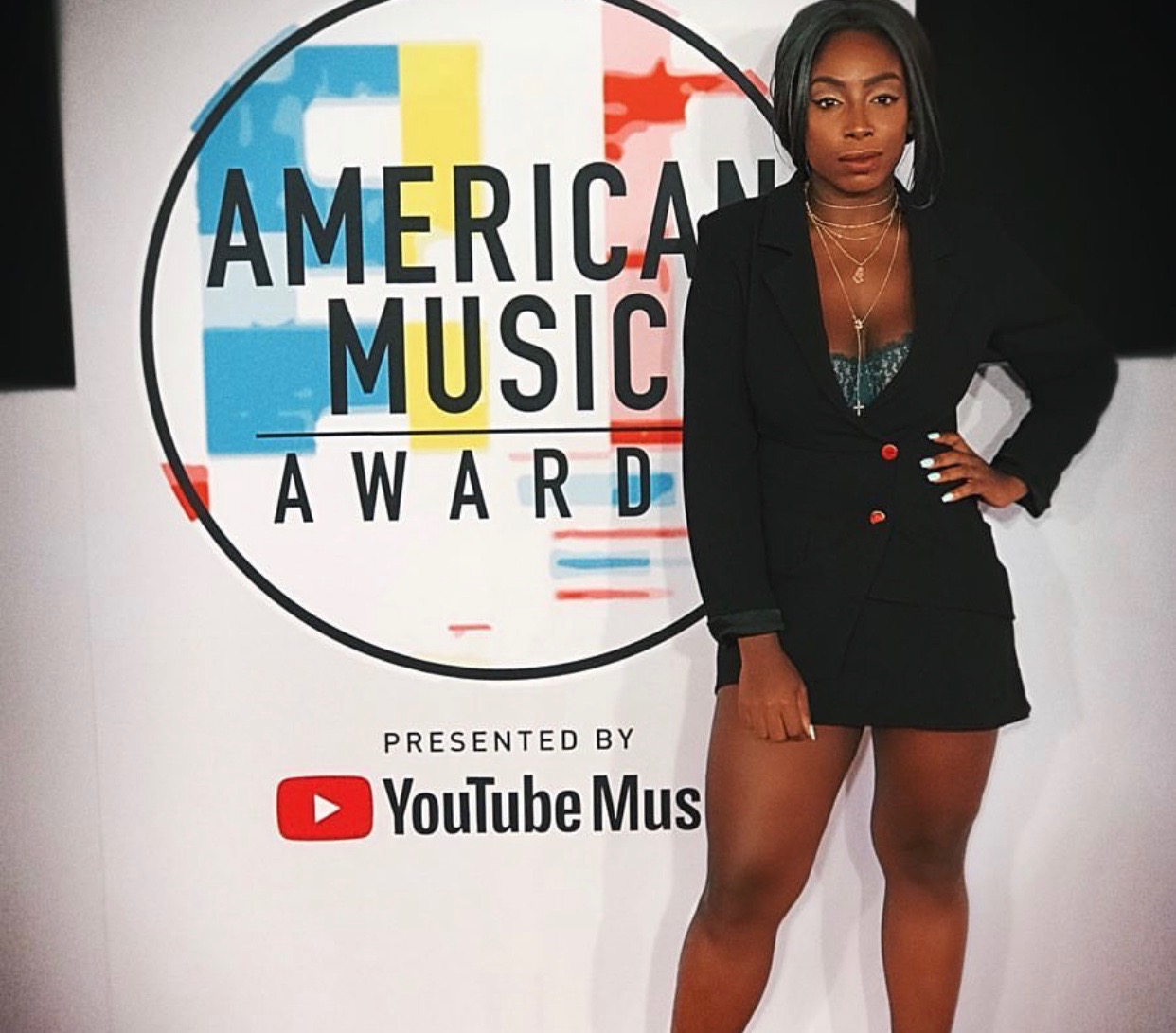 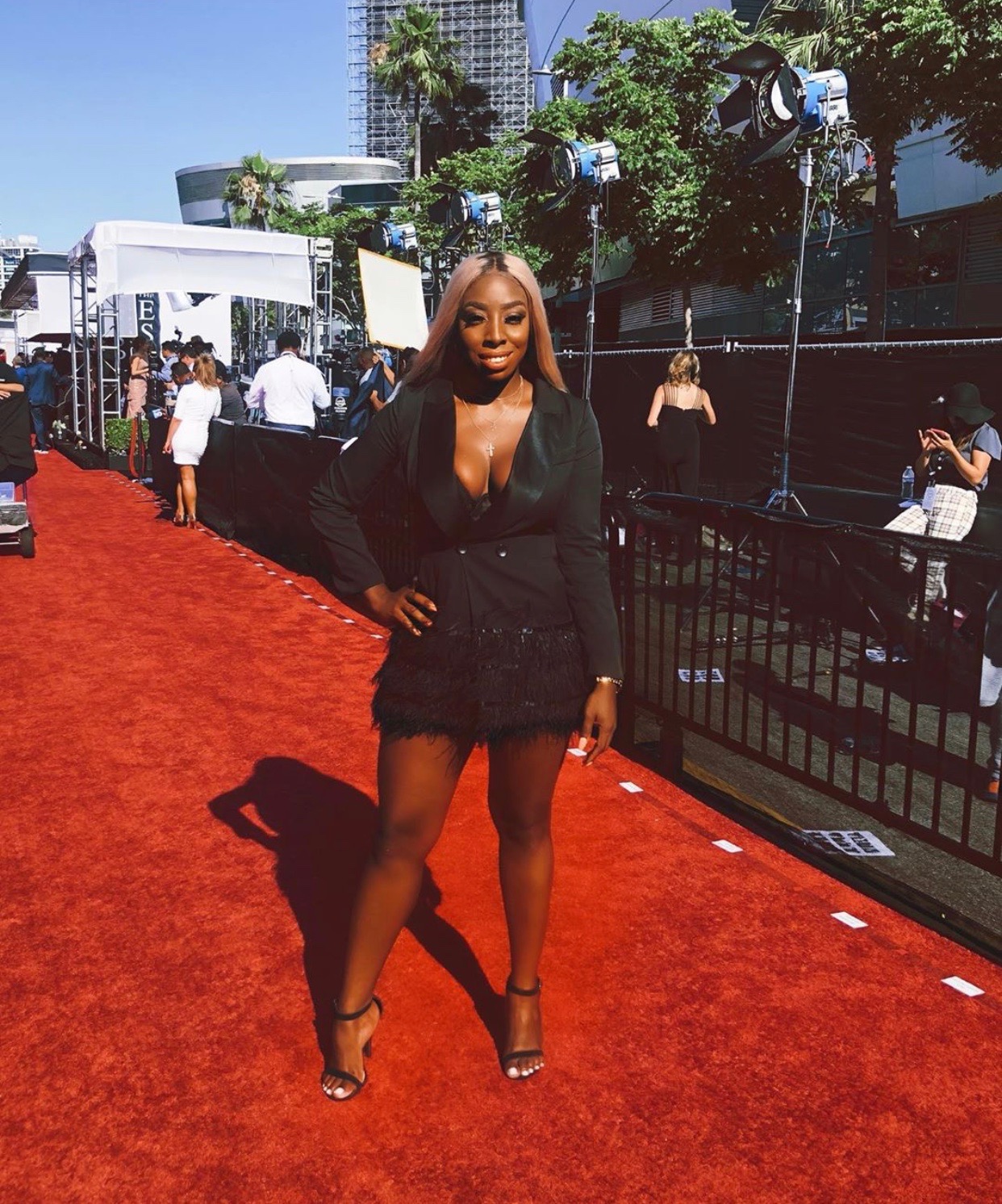 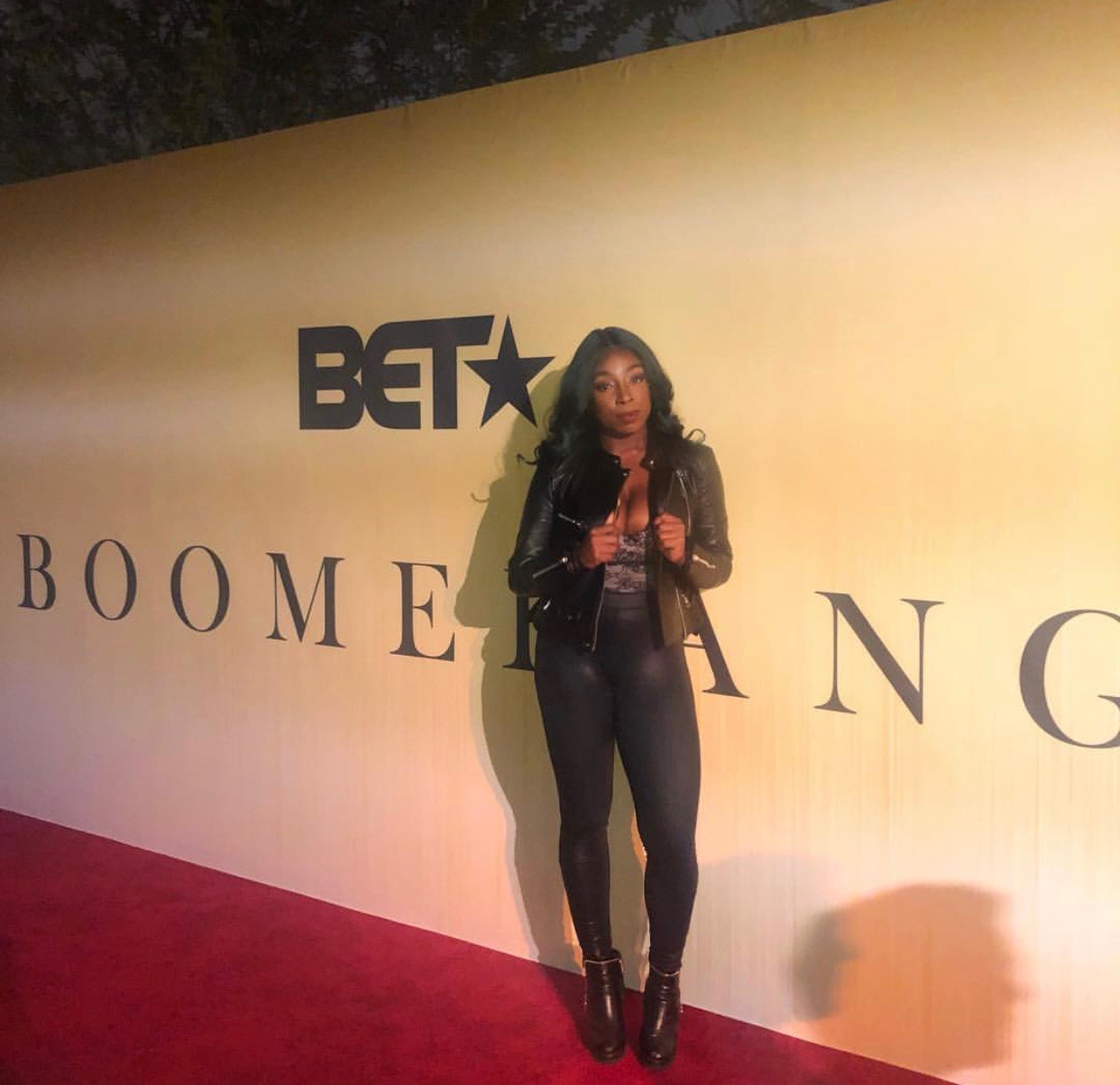 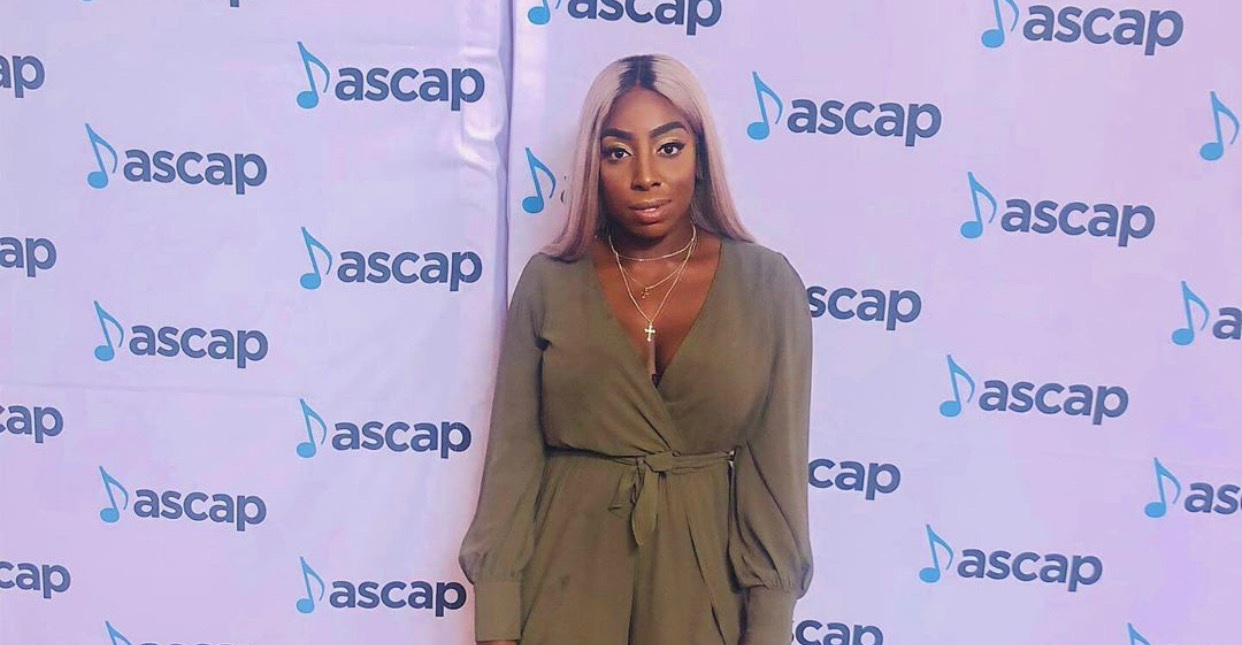 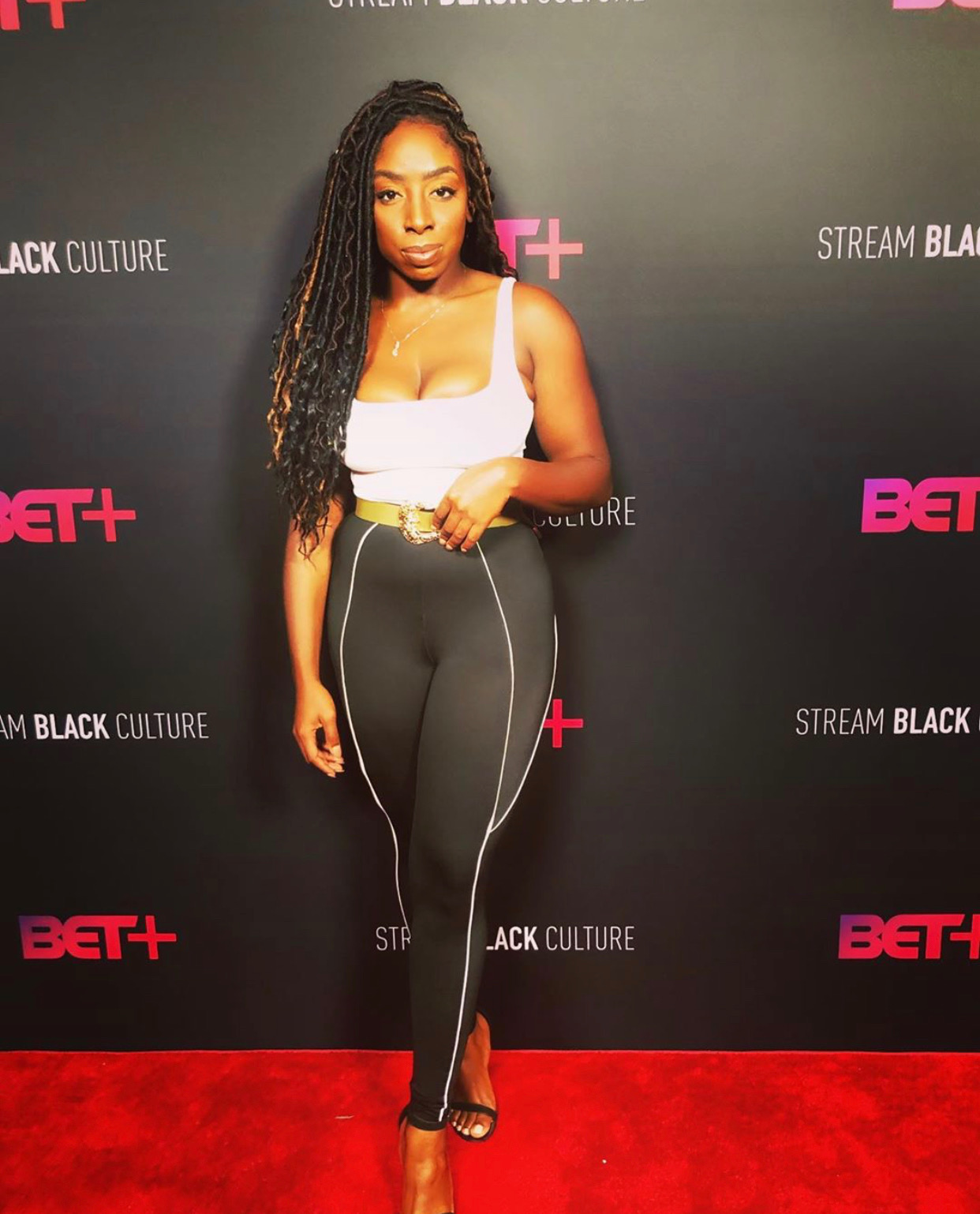 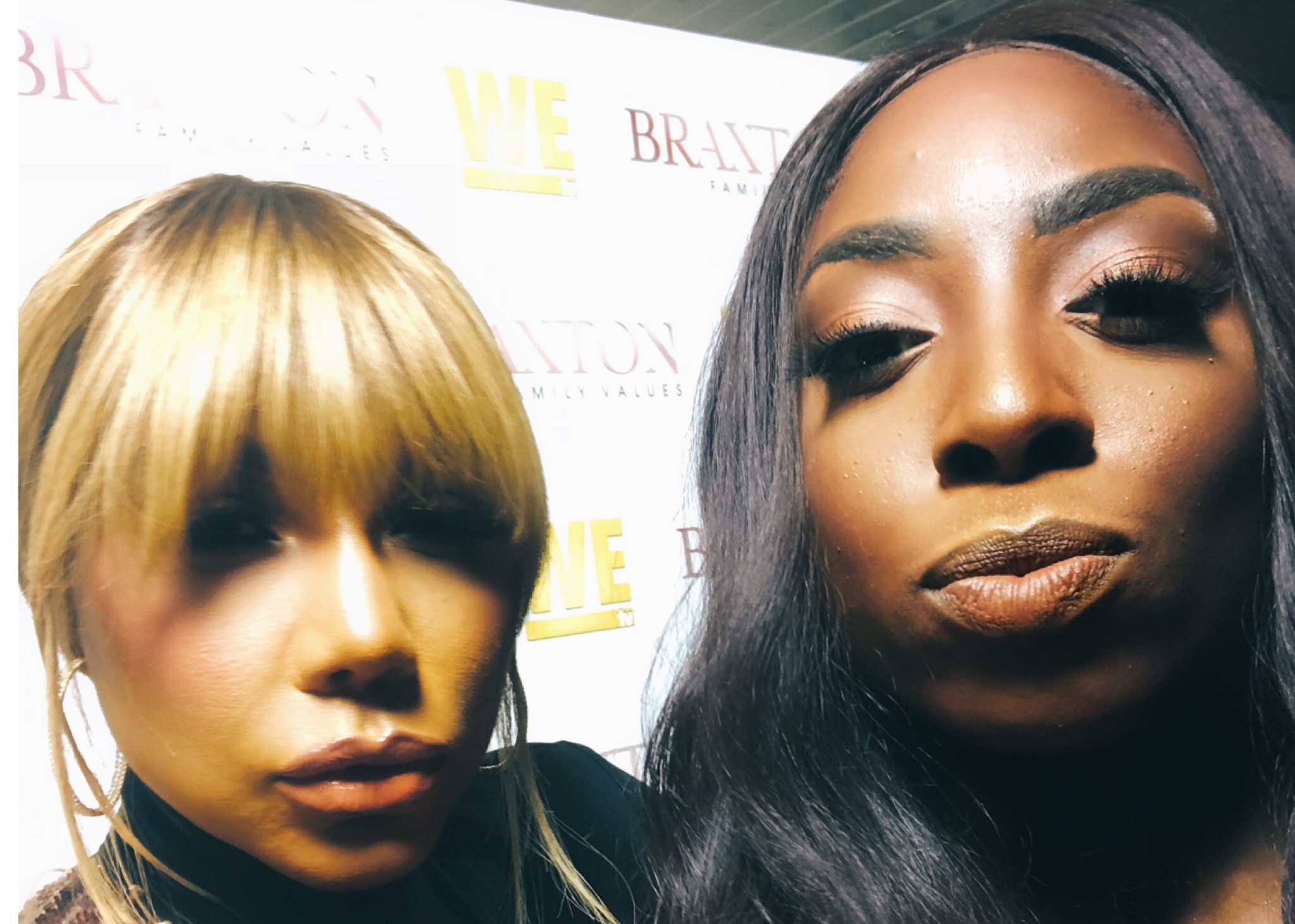