Life and Work with D.J. Got-a-Lot 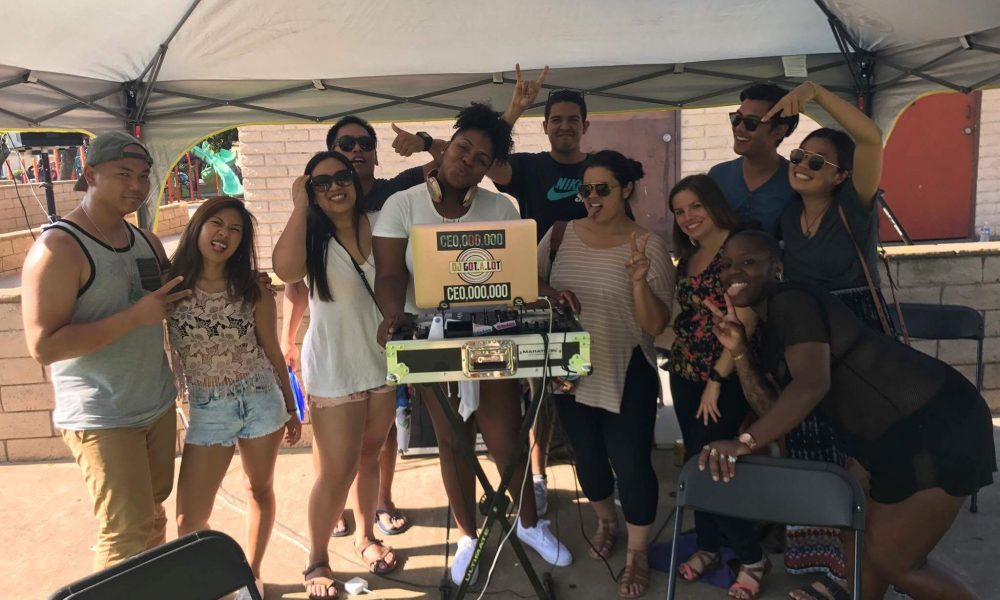 Today we’d like to introduce you to D.J. Got-a-Lot.

So, before we jump into specific questions about the business, why don’t you give us some details about you and your story.
I am a budding DJ native to Los Angeles. Although I am new to DJing as a career choice, it has always been a part of my life. For as long as I’ve been breathing, my mother has been a thriving mobile DJ and is still going. A career in music only came naturally as a result of my mother’s deep love and passion for music. It was inevitable that the music lover’s bug would bite me as well. As a kid and teenager, I would ride along with my mom too many of her gigs and started to pick up on how she worked her DJ equipment. I am the youngest of 3 children and after my mom realized that my two older siblings did not want to follow in her footsteps, she decided not to attempt to persuade me to become a DJ either. She once said this aloud and I said, “Wait, what about me? I DO want to be a DJ”. I started to play at some of my high school friends’ parties, but I never really took it seriously. I was mostly focused on going to college and earning my degree, which I did. After graduating college, I realized that I had let my opportunity for DJing slip past me. I felt this way for some time until I had the simplest epiphany: I can still be a DJ, I used the money that I had earned working my full-time job to purchase my DJ equipment and began to promote myself as D.J. Got-a-Lot.

Has it been a smooth road?
It is hard to say how smooth or bumpy my road has been since I feel like I just got in the driver’s seat. However, I will say the biggest struggle I am currently having is working towards the life I want while maintaining the life I have. I am working 40+ hours per week in addition to trying to maintain a workout regimen. I often dream about quitting my job just to have more time to work on my craft, but of course, I need to pay my bills and student loans. Conversely, I sometimes, although rarely, flirt with the idea of just sticking with my current career as my sole income since the pay is decent. Realistically, I know that I cannot do either of those things. I know that I will have to put in work at my day job while simultaneously putting in work towards my dream. My advice to young women, including myself, is to accept the fact that you’re just going to have to be tired… a lot. This is easier said than done and the 1st thing I think about when clocking out is jumping straight into my bed. But I just have to tell myself that my bed will be there at the end of a long hard day. And just as good as it feels to lie down after a hard day’s work, I believe it will feel 100x better to accomplish the goals I’ve set forth once my hard work pays off, which it will.

So, as you know, we’re impressed with D.J. Got-a-Lot – tell our readers more, for example, what you’re most proud of as a company and what sets you apart from others.
Well simply put, I am a disc jockey a.k.a. DJ, but I do more than just play music at a party. I have the responsibility (and honor) of creating the vibe and energy of an event. I take this part of my art very seriously. I work hard to not only satisfy those listening to me play but to create an experience that they hopefully won’t forget. I would say one of my prized skills is my mixing ability. I can take two tracks and blend them so that the end of one song and the beginning of the next song is unidentifiable. And this doesn’t just mean mixing two songs with the same BPM, it means choosing a song that has the same energy and emotion attached to it as the previous song so that if you’ve started dancing to one song you won’t be able to leave the dance floor. This is what carries and maintains the flow of an event. What sets me apart is how I mix my own personal taste into my sets. Yes, I have to play what’s hot (whether I like it or not) and that can create pressure to be someone I am not when I’m spinning in order to please everyone. I feel as though too much of that can disconnect me from the party and that’s no fun. I feel it necessary to add my own personal taste in my song selection because when the crowds respond to THAT it’s so much more gratifying.

Who have you been inspired by?
Hands down, my mother. As I said before she is herself a DJ, but on top of that, she is just a serious badass. When I try to reimagine my mom back in the day going out into the world as a female D.J. into a grossly male populated and dominated field, especially in an era when it was so rarely heard of, it makes me realize how much guts she really has. Not only did she go for what seems like a wild dream with no fear, but once she entered that ring she proved herself to be one of the best. For the 1st decade of her career, she never promoted herself or even had any business cards, yet she had a gig every Friday, Saturday and Sunday of every week. All of her business was based on word of mouth and her name spread like wildfire; that’s just how good she is. Her work literally speaks for itself. She even planned to retire ten years ago, but she can’t because clients won’t stop calling her for work (and she doesn’t know how to say no). I consider myself lucky to have such a great mentor and inspiration built into my life. 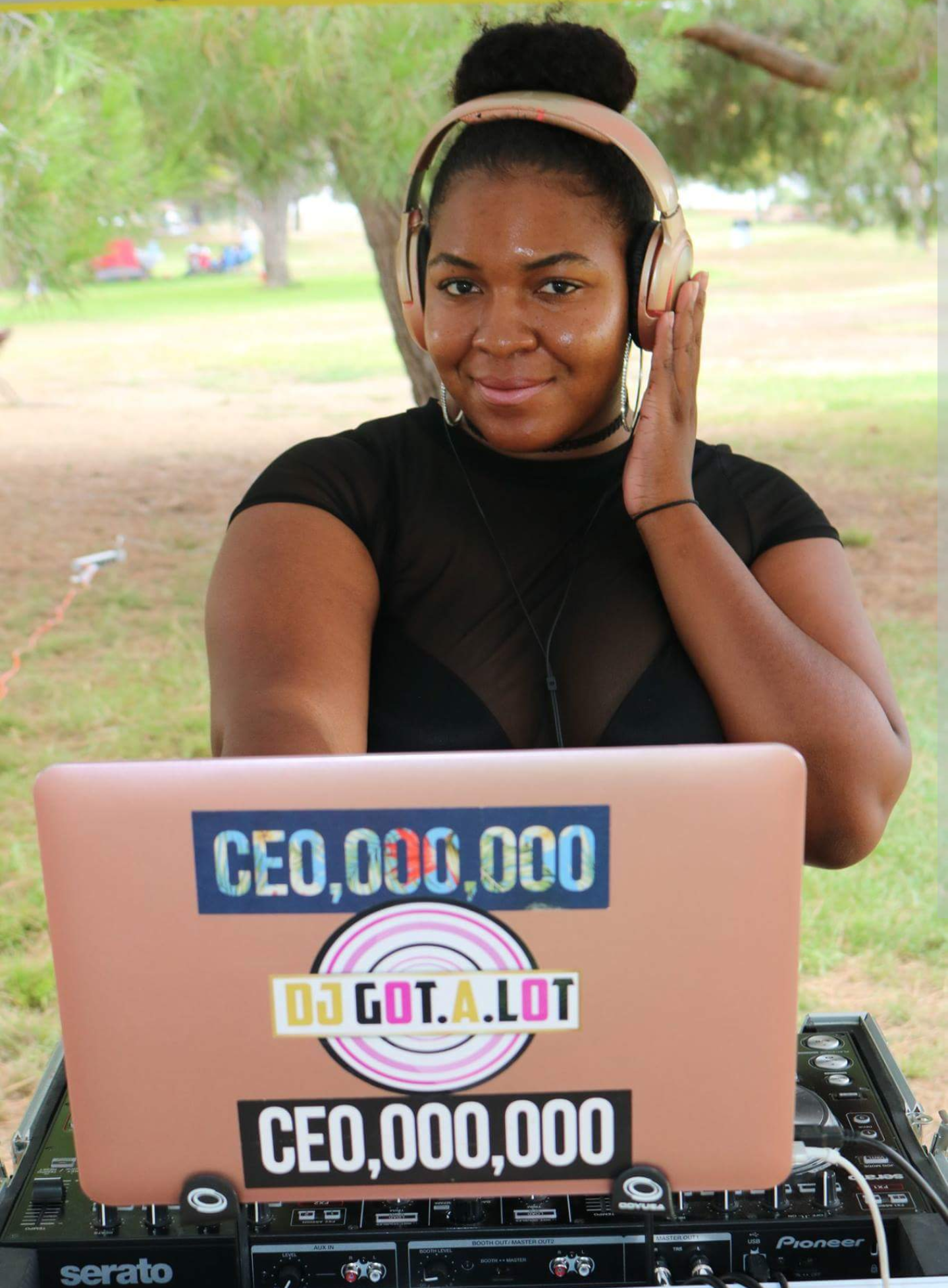 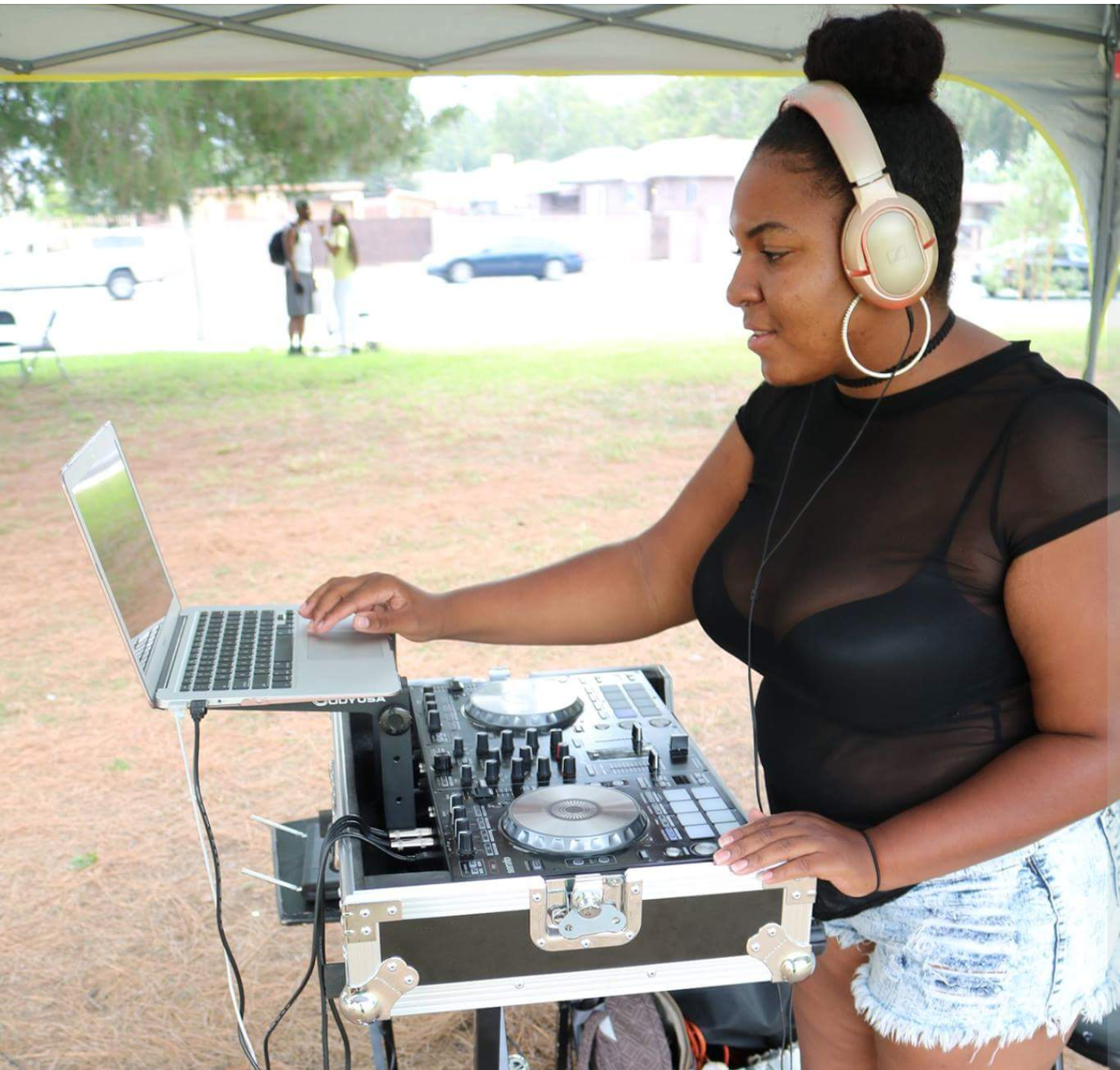 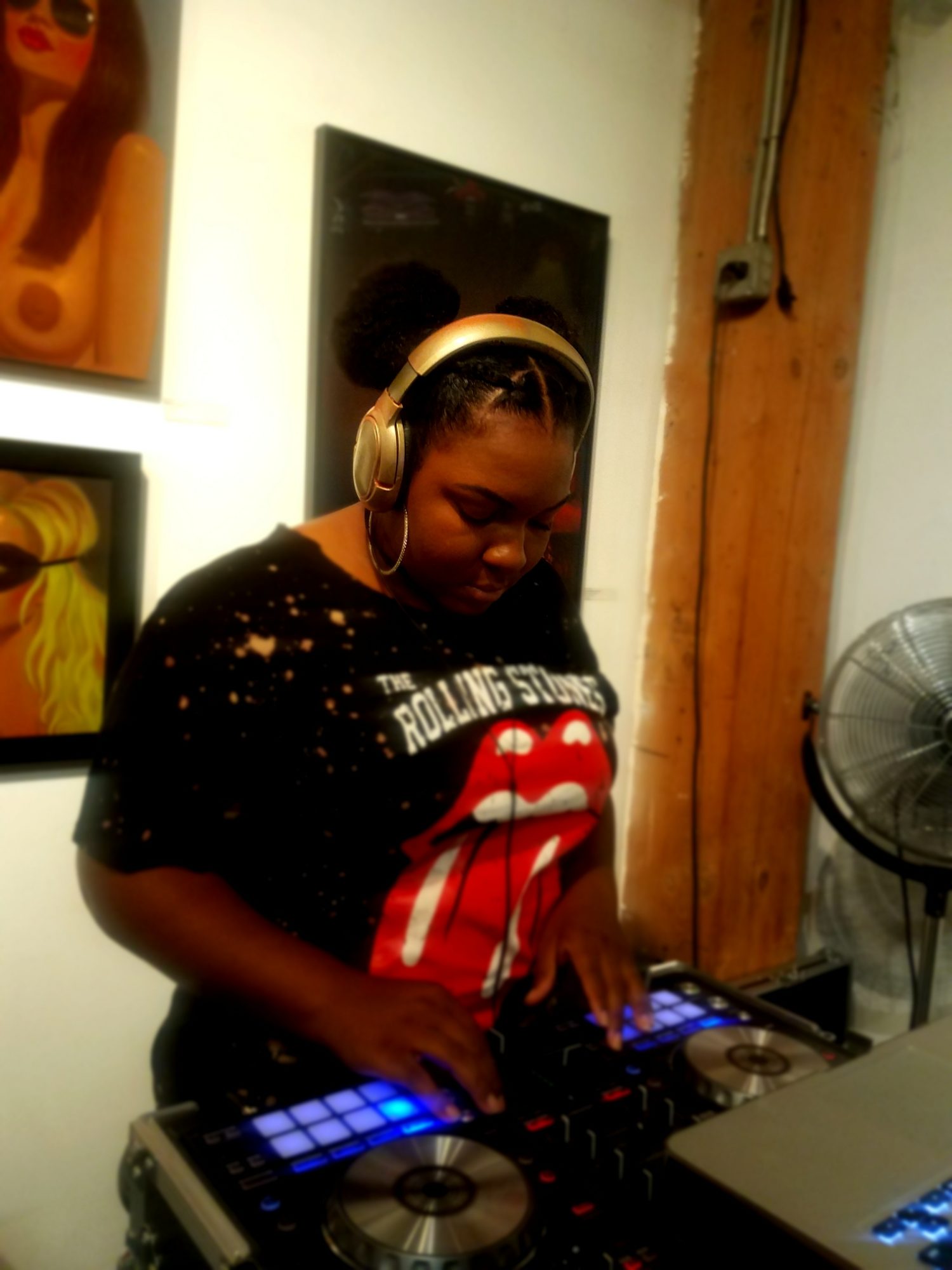 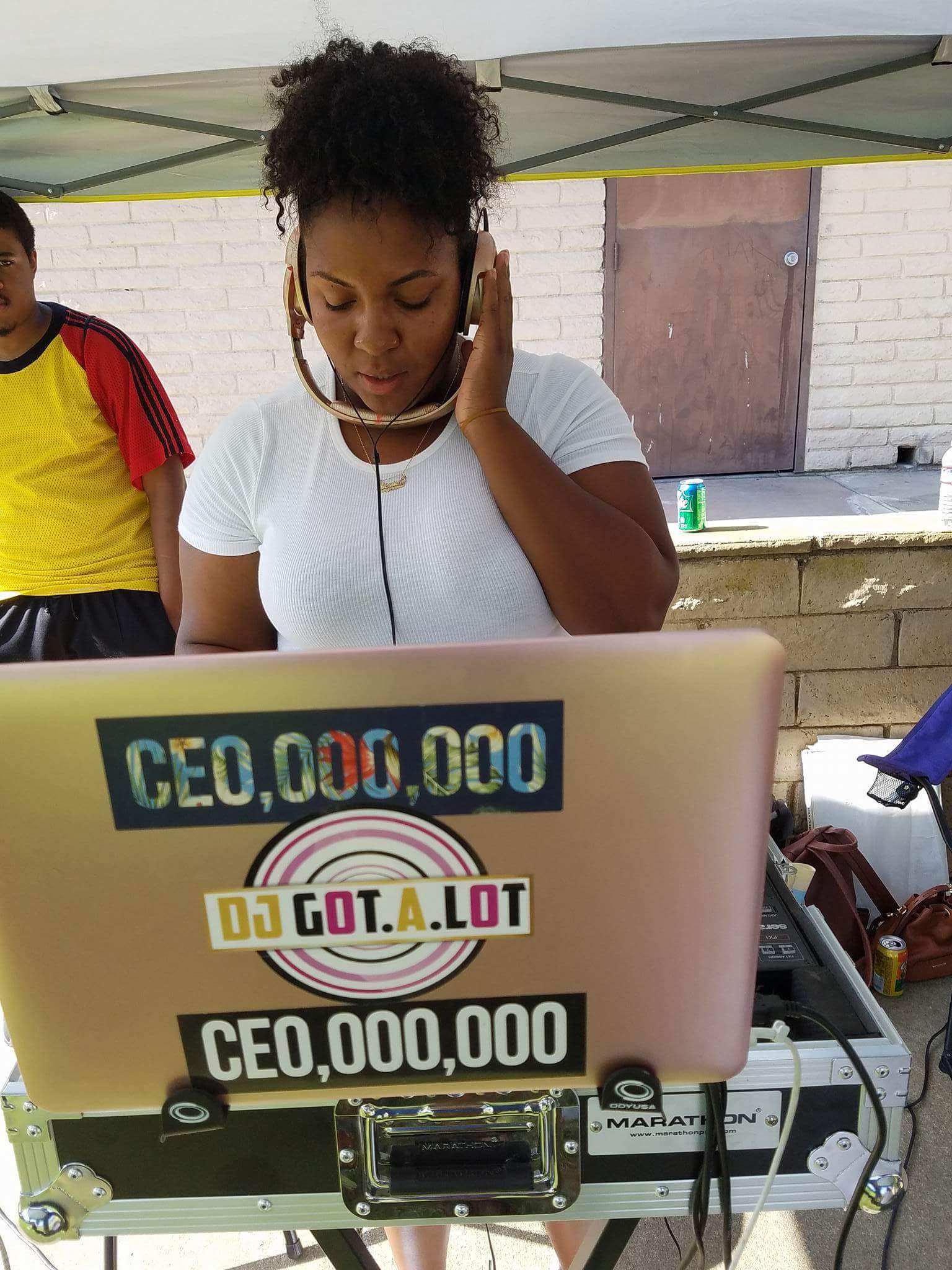 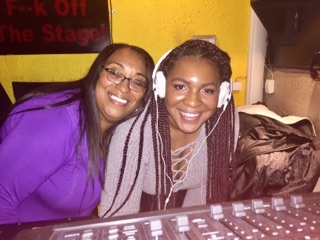