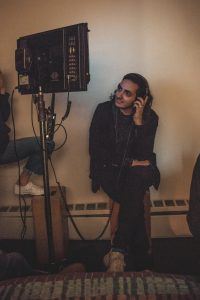 Today we’d like to introduce you to Christian Ghosn.

Hi Christian, so excited to have you on the platform. So before we get into questions about your work-life, maybe you can bring our readers up to speed on your story and how you got to where you are today?
I’m a Lebanese-Canadian screenwriter and film director who recently graduated from NYU’s Tisch School of the Arts where I graduated as a double major in Film Production and Dramatic Writing. I grew up in Halifax, Nova Scotia where I would spend endless days and hours screening classic films such as “The Godfather” and “Goodfellas” from a young age, I knew that I wanted to be a filmmaker. In high school, I turned my attention towards NYU Tisch, the Alma Mater of my idol Martin Scorsese. To the surprise of many from my small hometown, I was accepted as an early decision candidate. While at NYU, I had the opportunity to grow under legends such as director Mary Lambert and Screenwriter Ed Solomon. During this time, I developed my gritty screenwriting prowess and visually evocative directing style, culminating in my thesis film “Violent Nights” which has been selected and screened at over 11 internationally recognized film festivals and picked up various awards along the way including: Best Director, Best Producer & and Best Film at various festivals. My previous short film “When Don Met Vicky” had its premiere at the New York Shorts International Film Festival. In addition to directing several short films, I have also penned multiple original feature-length screenplays and a television pilot. My junior year screenplay “Somewhere In Northern California” placed in the top 20% of the Academy Awards Nicholl Screenwriting Competition. Since graduating from NYU, I have been learning the ins and outs of music video production in Los Angeles while shadowing award-winning director and executive producer Life Garland. I also directed an upcoming music video for Canadian Hip Hop Artist Quake Matthews and I am currently in development on my first feature film “We Go To The Beach To Fall In Love.” I pride myself in always delivering a cinematic product no matter the size or scope of the project.

Alright, so let’s dig a little deeper into the story – has it been an easy path overall and if not, what were the challenges you’ve had to overcome?
The biggest struggle for me in my transition from NYU to Los Angeles has been sorting out my Visa situation as I’m a Canadian citizen and was an international student while at NYU. For my first year in LA, I was able to work on my OPT Status but I’m currently in the midst of applying for an Artists Visa. Luckily I’ve been able to do remote work in the past few months, focus on my own feature-length screenplays and direct a music video back in Canada. But the lack of security on the Visa front has made it difficult to secure representation in the US. All that being said it’s only sharpened my work ethic and focus and ultimately will make me a harder worker once the Visa issue is resolved. Another struggle along the way has simply been getting my shorts and scripts in front of the right people. There’s a flood of new film school graduates on the LA scene every year. Fortunately, I was able to link up with Music Video Director, Editor and Producer Life Garland of RainySky Films early on in 2020 before everything started shutting down due to Covid. Still looking for the right film producer/management to get my feature-length scripts to, but for now I’m loving the opportunity of exploring the music video and commercial world. It keeps me busy and keeps me creating while I work on securing financing and the support of an established production company for my first feature-length script.

Thanks – so what else should our readers know about your work and what you’re currently focused on?
I’m a screenwriter and director, but I also produce on all of my own projects. My latest short film “Violent Nights” is finishing up a lengthy run on the festival circuit where it’s been selected and screened at over 11 internationally recognized film festivals and picked up several awards along the way. I specialize in telling gritty crime/ thriller stories but also often like to genre bend – usually romance and crime. I’ve also started working in the music video world, which has been an amazing experience. What most separates me from others is my overall vision – I’m always striving to make ambitious and very cinematic projects. I’ve often been told they’re a little too ambitious, but it’s just the way I am. And while others may see that attitude as arrogant, I prefer to see it as optimistic. I believe everything will work out if I just will it to happen, it’s not that I believe I’m somehow greater than anyone else trying to do it, but I firmly believe that I can and will do it – even if I have to dart through a few red-lights on my way there.

Who else deserves credit in your story?
There are many people who have helped me in a tremendous way to this point in my journey. There are several professors I could thank, but certainly my thesis film professor Mary Lambert who gave me all the support and guidance I needed while making “Violent Nights.” As well as one of my first writing Professors, Francine Volpe, who effectively taught me the core of storytelling. One last professor I should mention, though there are many more, is Alrick Brown who really taught me what it meant to be a filmmaker and constantly challenged me and pushed me to grow as a storyteller and a director. Music Video Director and Editor Life Garland also deserve many thanks for being one of the first people out in LA to believe in me and give me an opportunity to work with him and learn from him. After shadowing him for a few months, I’m now a director on his roster at Rainy Sky Films. I should also thank a few of my collaborators; Nina Gofur who was the cinematographer on each of my last two short films, she is one the best people I’ve ever worked with and certainly one of the most talented. She knows exactly how to translate my vision, my words and my thoughts into images on the screen. While at NYU, we were able to grow together and build a great rapport. Also, Morgan Cunning, who was a locations manager & SFX Artist on my first short film and then the Producer on my last short film Violent Nights (For which me both won Best Producer at Indie Shorts Awards Bue). She’s always been able to make things happen for my films. And she’s an incredibly talented creative who added so much production value to each of the projects that she collaborated on with me. 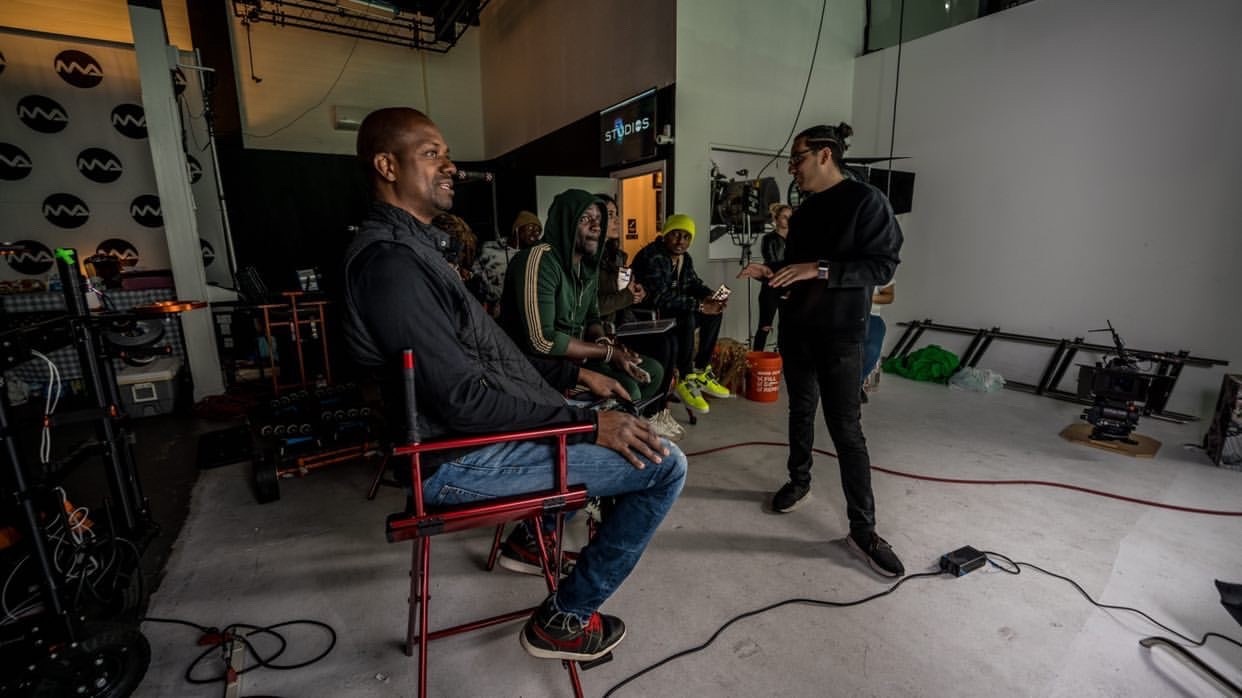 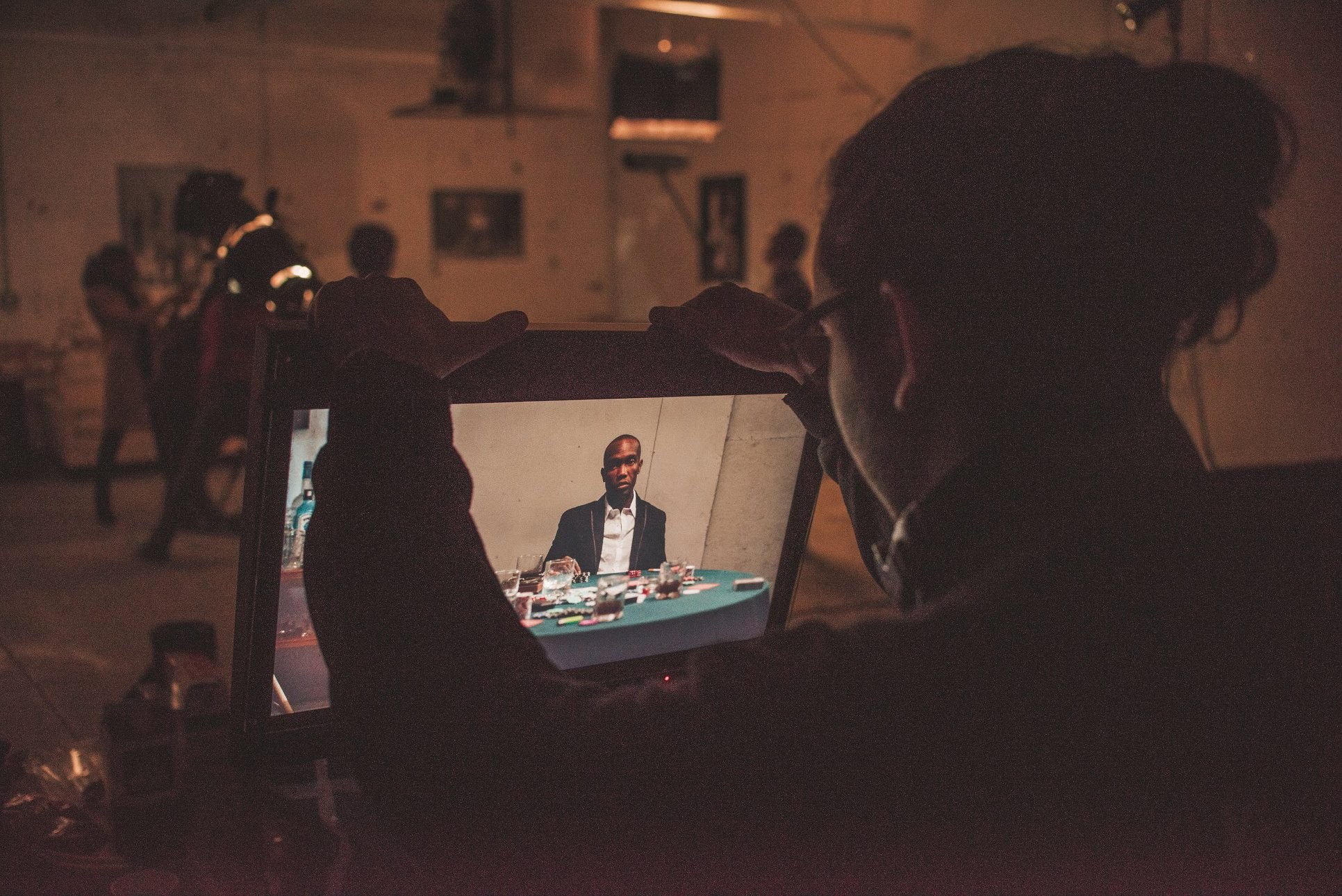 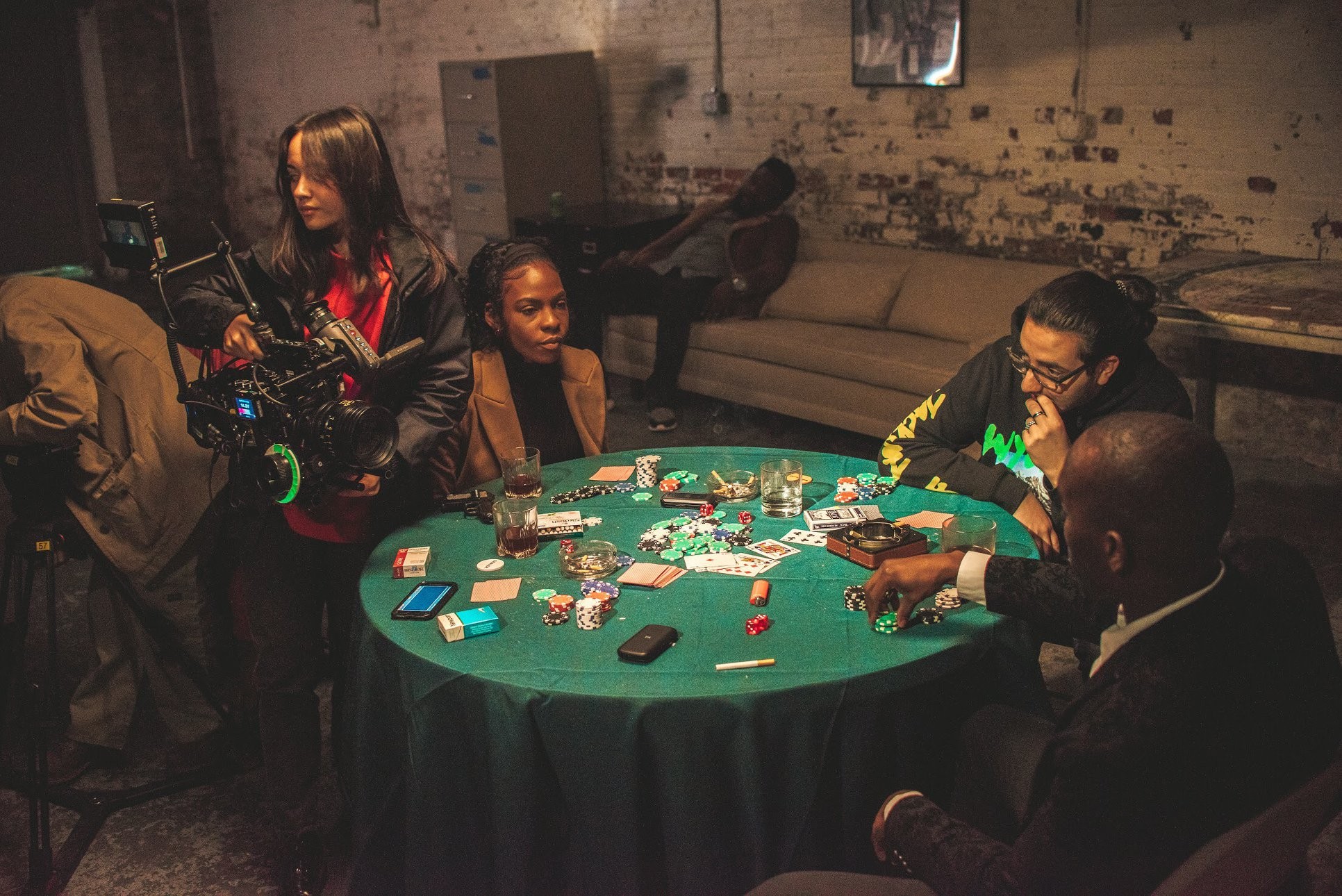 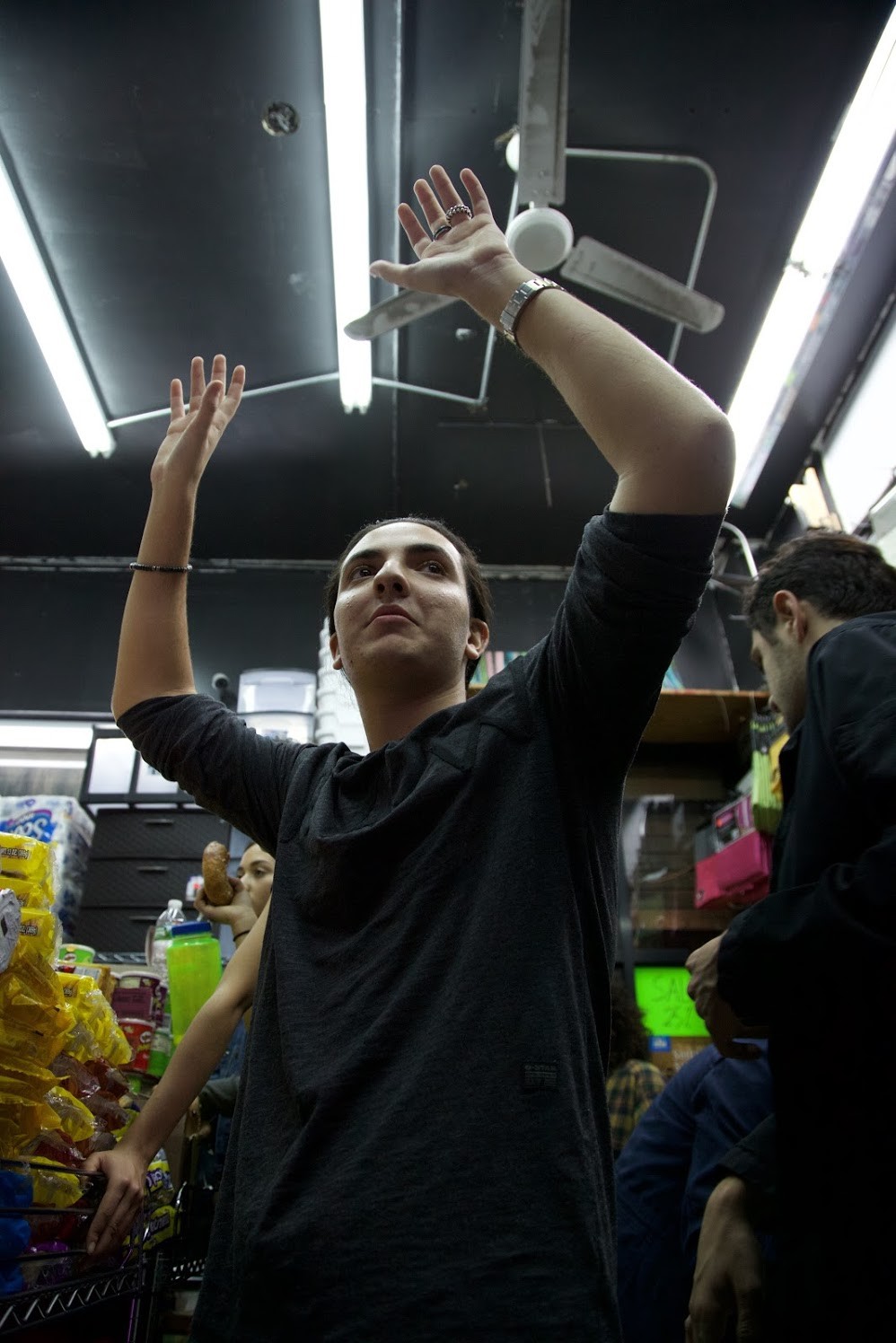 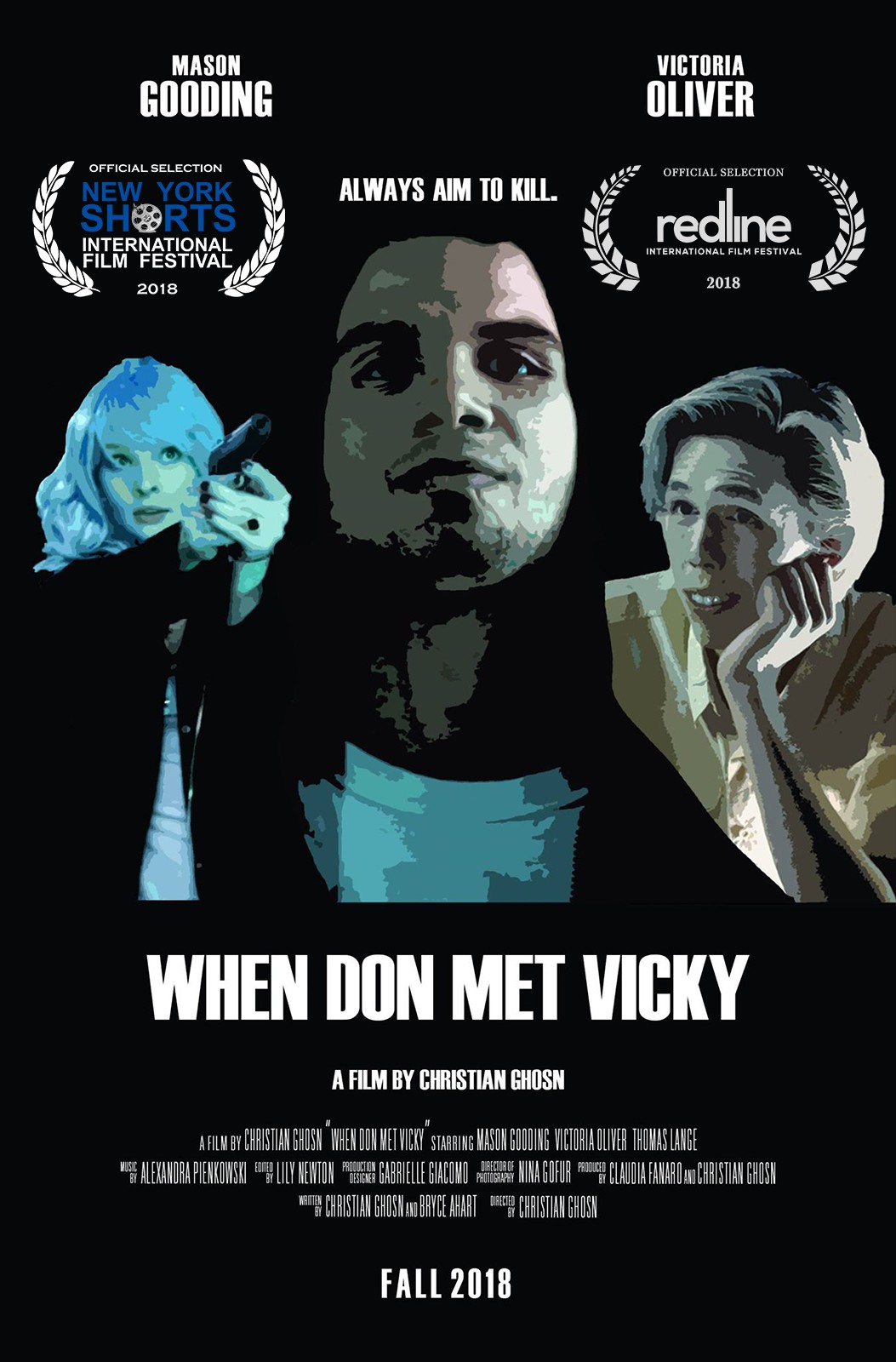