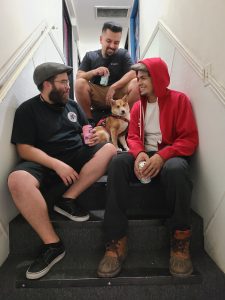 Alright, so thank you so much for sharing your story and insight with our readers. To kick things off, can you tell us a bit about how you got started?
It’d be safe to say that this started back right around 2004 where I, Francisco Martinez (guitarist/vocalist) was introduced to Ozzy Cortez by a mutual friend Memo. We started up a Horror Punk band with me on drums, Ozzy on upright bass, and Memo on Guitar/Vocals. It was short-lived but I think since then, I knew that I wanted to continue to attempt to make music with Ozzy. We went on and formed a band that had a better run, more of a jog, The Red Rippers (psychobilly/punk).

I jumped on guitar and vocals, and we found a new drummer. It wasn’t long until Ozzy and Raul(drummer) had run into a friend Joey Munoz guitarist of The Cauterizers at guitar center who could play lead guitar for us. When that happened, the band and sound seemed to be complete. We even had a washboard player for a bit but didn’t last long. Shortly after we went on to met our friend and drummer now, Tony Hatch. Who was originally with a local band The Drunk Rats. One beer lead to another and Tony took the throne. We played our beloved backyard shows in The Valley, which was such a beautiful scene.

Around the LA area, frequently in Vegas off the strip and Arizona. The band eventually fell apart as most bands tend to do and we all went separate ways for a while with me moving to San Diego. When I moved back to The Valley is when things started to get really interesting. I got a hold of Ozzy once again and talked with him about working on an acoustic project, no drummer. I was writing and working on music on my own and figured why not bring the upright back into it. We were getting songs done and happy with it and we even tried to introduce a cajon player which we loved but gave us the classic ghosting after a few jams sessions. We jammed a bit with a few friends and drummers but nothing was really clicking for Ozzy and I. We were able to hunt down Tony once again and was up to jam with us for old time sake. We met up at our old stomping ground AMP rehearsal studios in North Hollywood and played the only song we all remembered together, Skinwalkers by 12 Step Rebels. and needless to say, we knew it was it. We used to aim to be or be known as a “psychobilly” band if you will, attempting to write, play, and cover songs and staying in that lane. It wasn’t until we stopped playing and came back together that we all grew as individuals and in turn musicians.

Now I know because we talk about it often that we don’t care what we’re supposed to be. What we’re supposed to sound like. It’s only about what we love and why we love doing it. Ozzy has said before when we show up for a practice, neither one of us would be listening to the same music or even genre on the way to rehearse and it shows in the music we make together. Since we became a band it was a point to not worry about our name, it was more important what we could create. One night after too many beers and Ozzy being passed out cuddling his bass on the floor, Tony and I were talking and I saw his phone light up. I noticed on his screen the word “Karoshi” and asked him what that was. He was baffled I didn’t know what it was and had to kindly drag it out of him but once he told me I knew that was it, We found our band name. Karoshi is Japanese for “death by over work” which hit home. Something that no one in this band is a stranger to. And overworking at that. We’ve all held at least two jobs at once, if not then the overtime making up for that, and Ozzy being the wild animal he is having three or four jobs to provide for his family. All while still finding the time to get together and make music together. It was something we had to write about what we knew. And a lot of the music for Caroshi reflects that.

This band has definitely been a huge outlet for us. Of course, we stress when trying to get a song or setlist as tight as possible, sometimes having to walk away for a bit. But it’s definitely different kind of stress, it’s a great stress wanting to create something you love. And being able to showcase that to people the last two years as Caroshi has been beyond amazing. We’ve played so many shows the last two years as Caroshi, jumping on any open time slot we could make it on. We’ve played churches, parking lots, bars, backyards, comedy shows, breweries, music venues, we were even asked to play a baby shower which felt like an honor to want us to play our music for such a momentous occasion. Now with the times, we’re in and venues not being able to have live music it makes me happy we haven’t slept. We continue to write, work, and learn. We’ve been working on being able to track our own songs, which we’ve never done before. Hopefully, to be released soon. There’s a lot of music that has yet to be released with a whole lot more in the pipeline.

Can you talk to us a bit about the challenges and lessons you’ve learned along the way. Looking back would you say it’s been easy or smooth in retrospect?
Time. Time is extremely difficult for us. Work and our free time has been hard to work out between the three of us. It’s easy to see why so many bands or artists put it down. So far, we’ve made it work as much as possible which is great. Only shows how passionate we are about it I think too. We love doing this and we’ll lose sleep over it if we have to. I would say another challenge has been not having a genre. We have a lot of music that when we play an entire setlist, it is really all over the place, but still something I appreciate. Playing all different types of shows with all different types of music is something that I love. Growing up playing backyard shows and how eclectic it was is something I miss and enjoy. So sharing the stage with something like metal bands is great to me. I think our energy and what we put in the music speaks for itself at the end of the day and hope we can get some bodies moving or dancing when we’re on the same bill as a rap artist is a win.

As you know, we’re big fans of you and your work. For our readers who might not be as familiar what can you tell them about what you do?
I myself (Francisco) am a brewer of all things beer. Something I’m most definitely proud of, I love doing it every single day. I was given an opportunity five years ago to apprentice under a Master Brewer and jumped on it and never looked back. For a while, I thought I’d have to leave the beer industry because I was ready to make a move to a different brewery and nothing seem to be open. And by luck something did come up and now I’m brewing full-time. Ozzy Cortez(upright bass) has an awesome way he goes about work now. Him and his wife do Taxidermy which they sell as well. So Ozzy decided to take it an extra step and get licensed as an exterminator, got a job with a pest control company, and brings work home with him when he can. Tony Hatch(drummer) is the most businessman out of the three of us, I think. He works for Viking Cruises flipping and booking cruises for customers. Luckily non of us have lost work due to the pandemic and Tony has his office set up at home.

Alright, so to wrap up, is there anything else you’d like to share with us?
We define our band Caroshi as music for the working class. 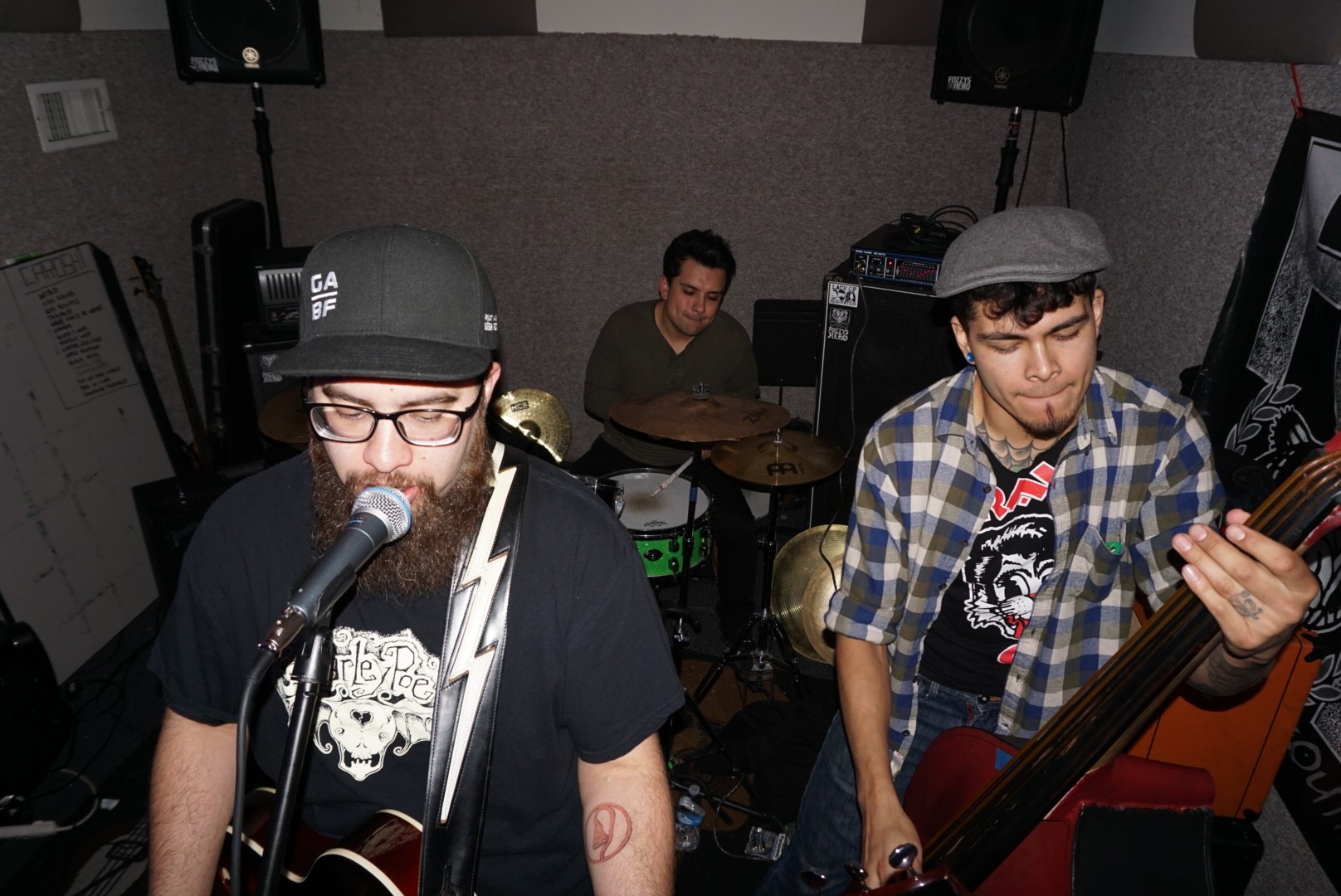 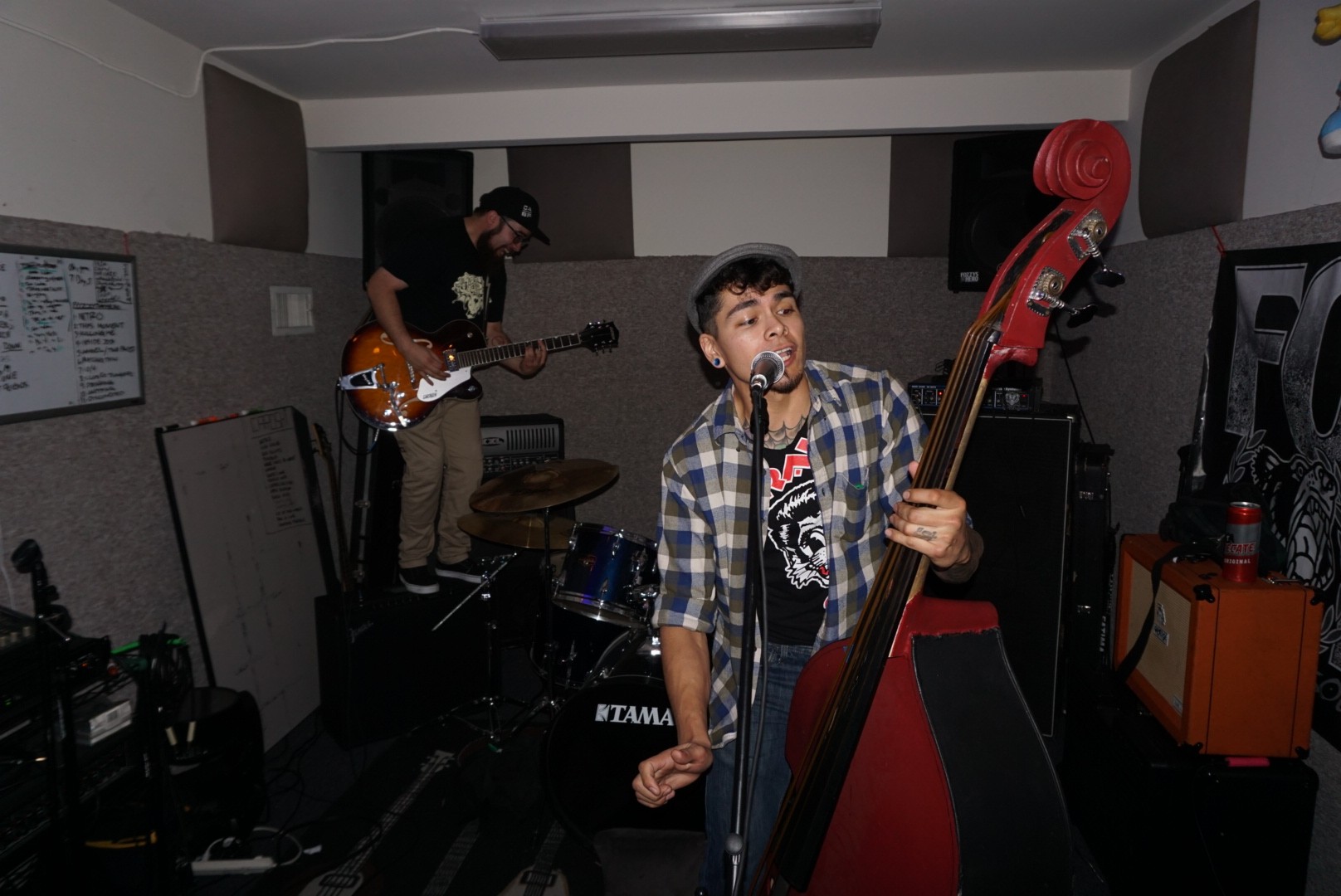 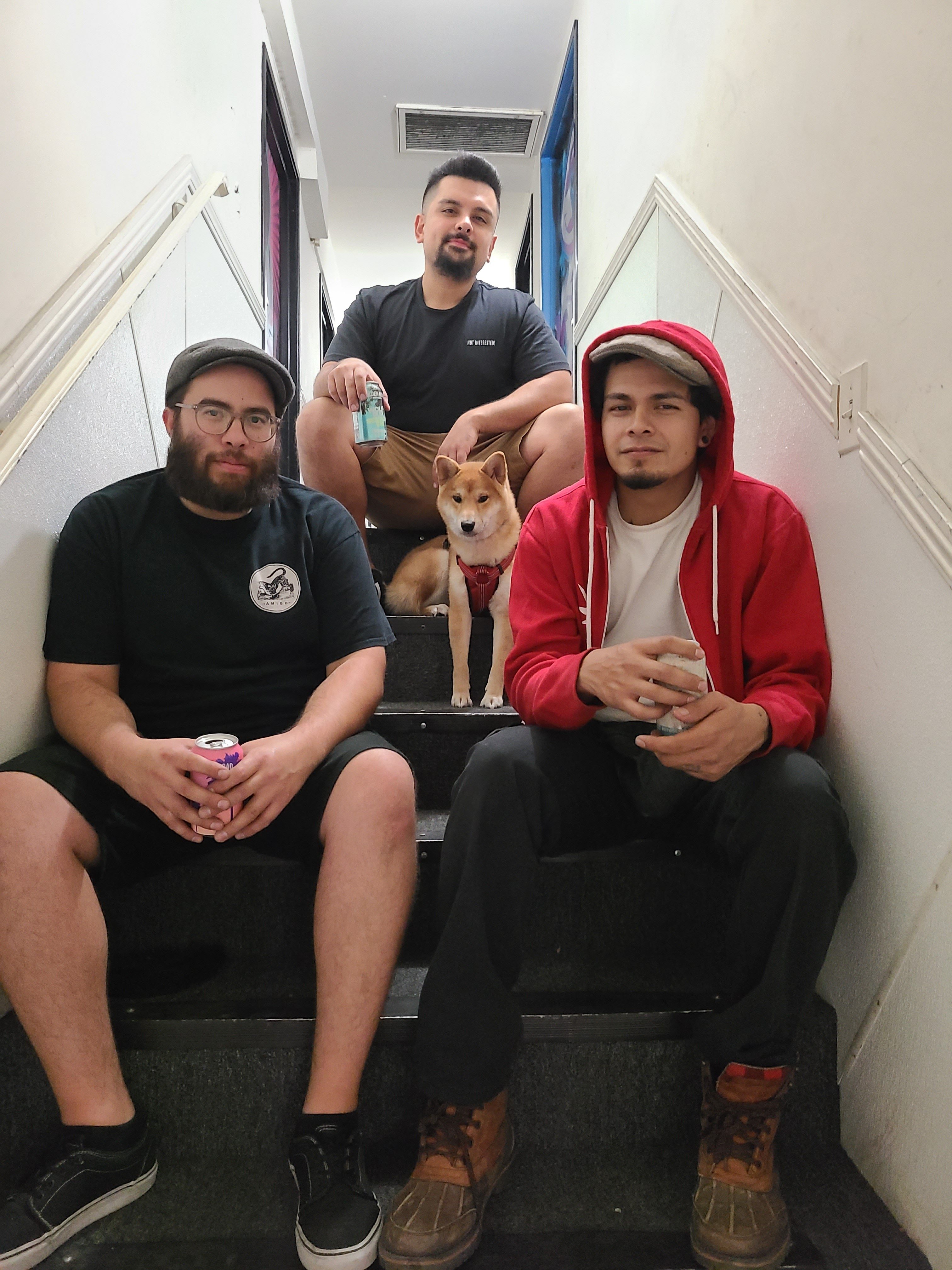 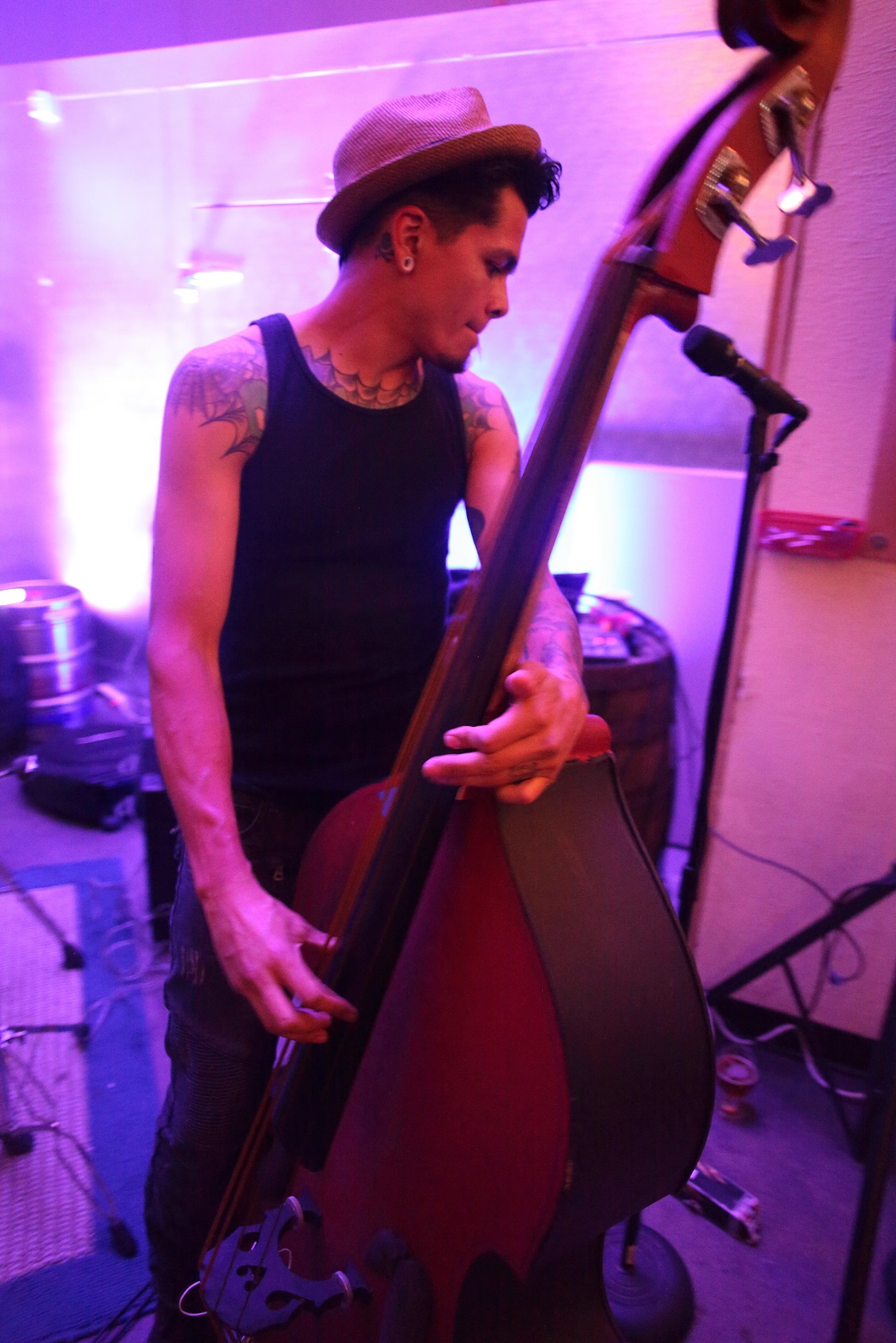 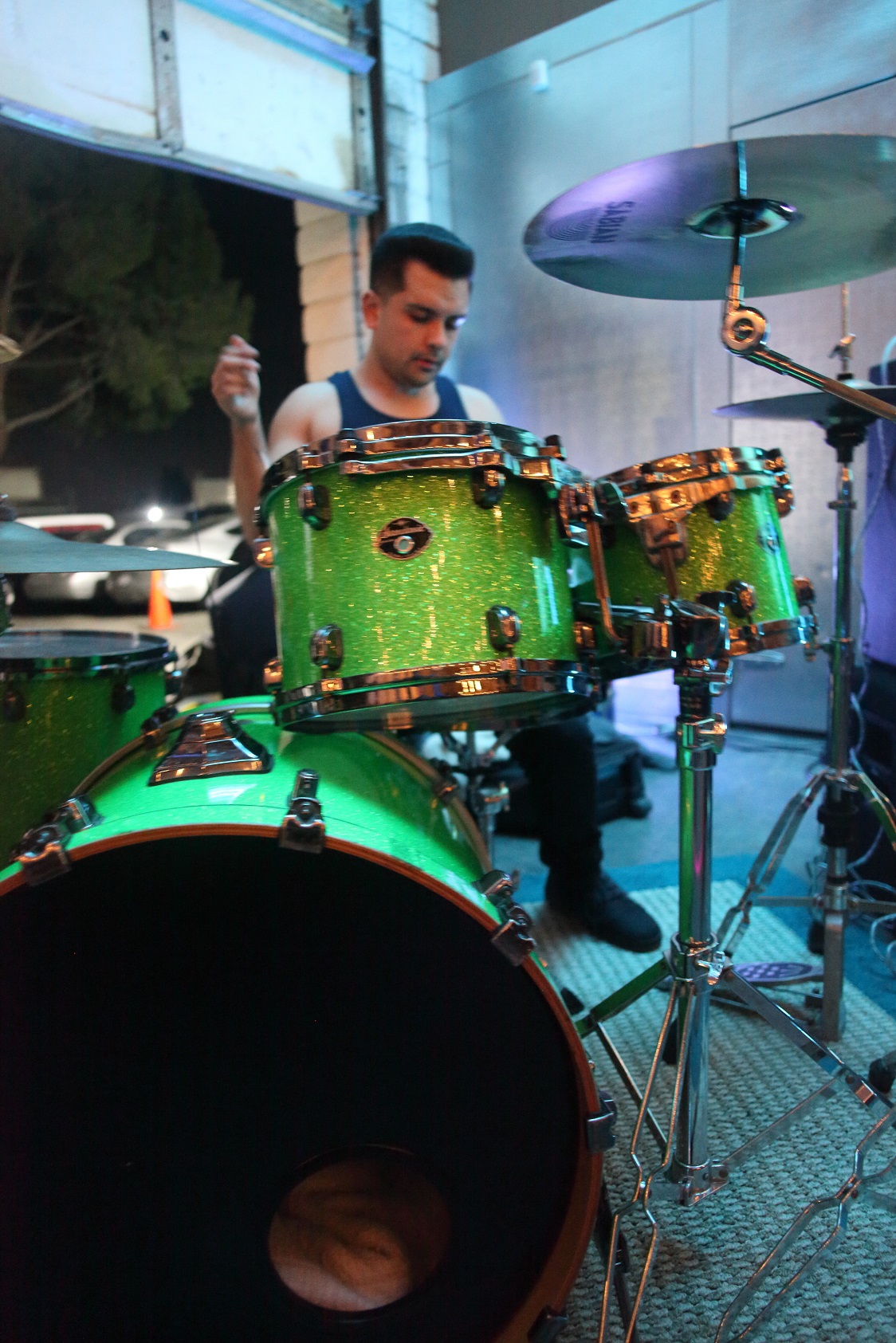 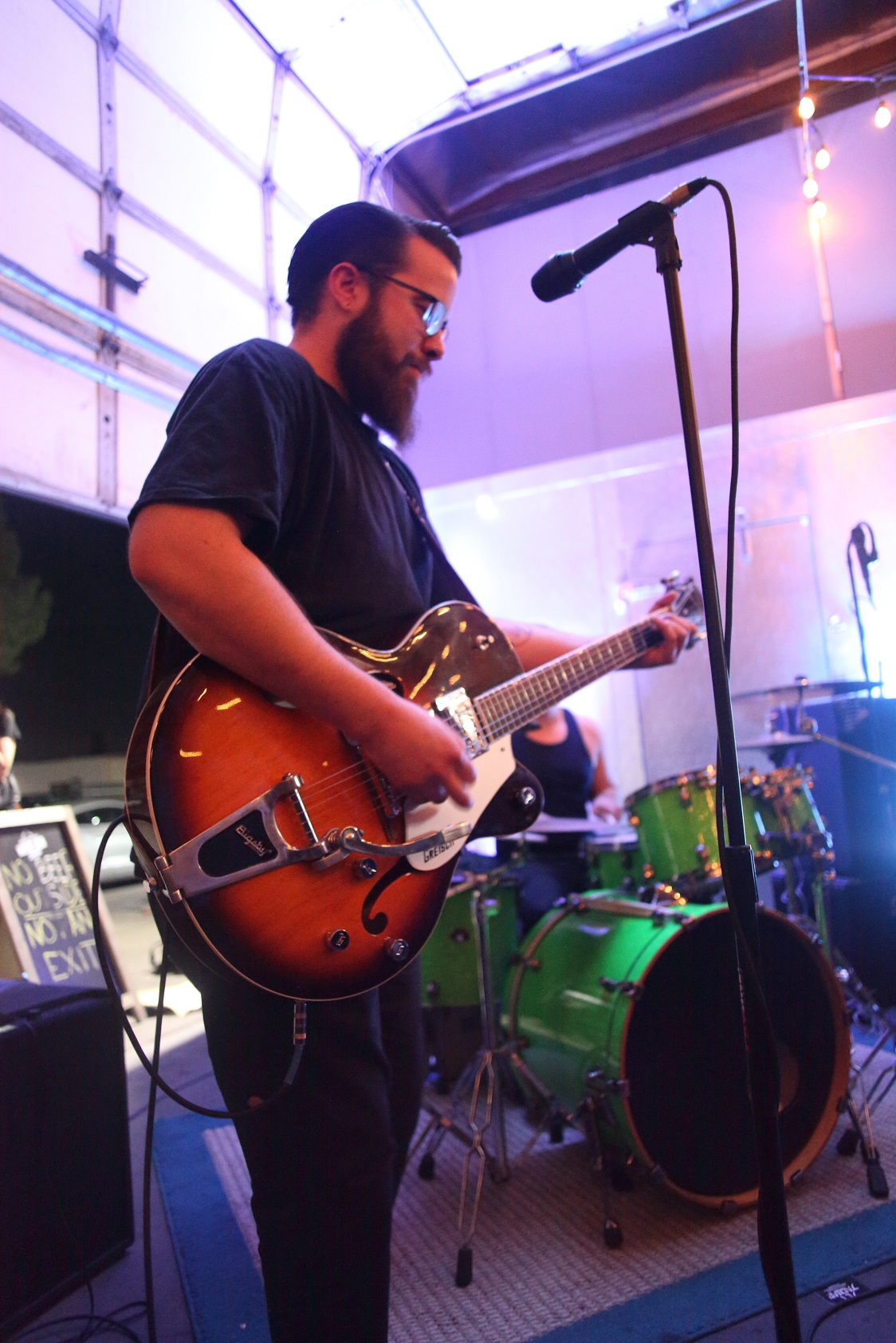 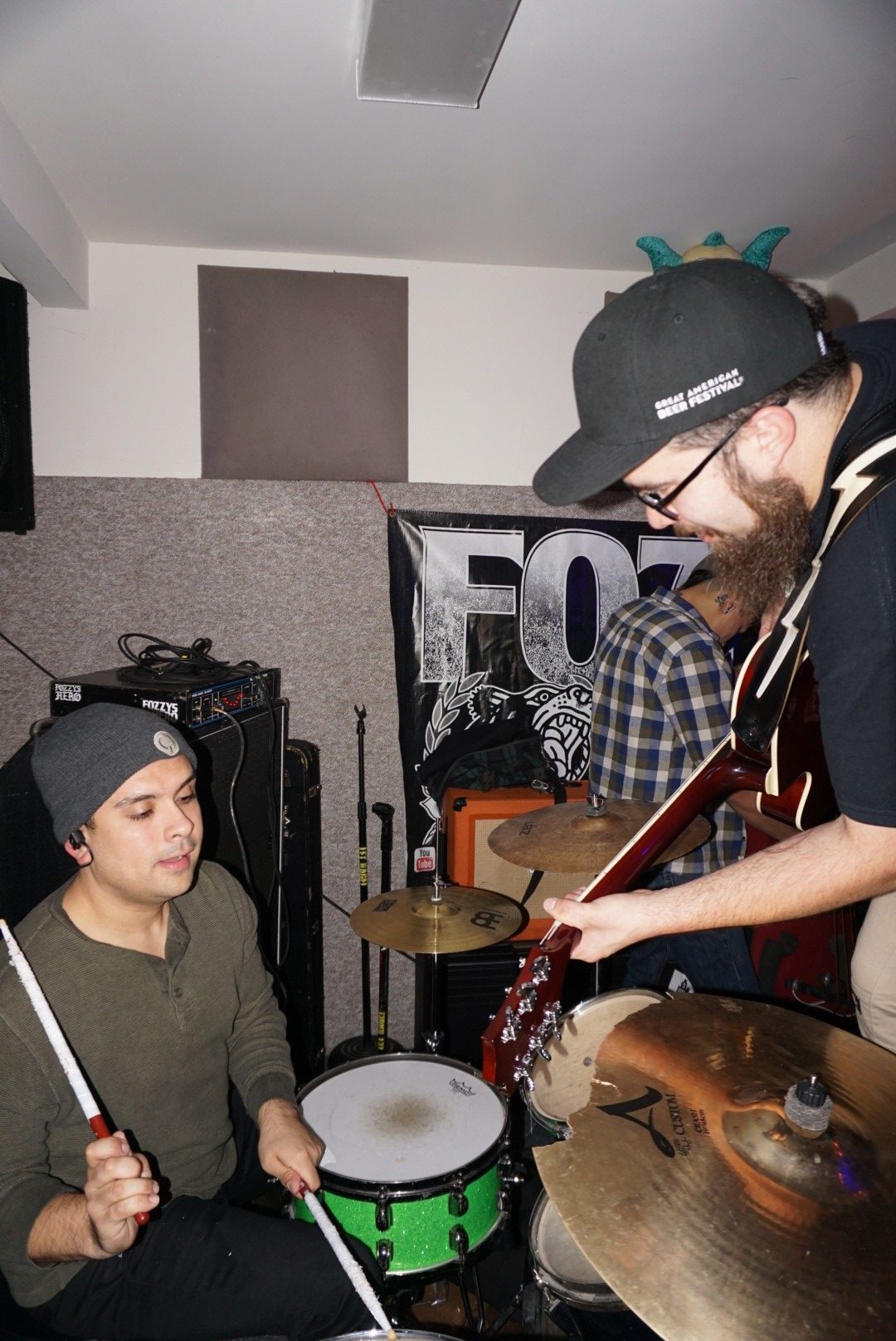 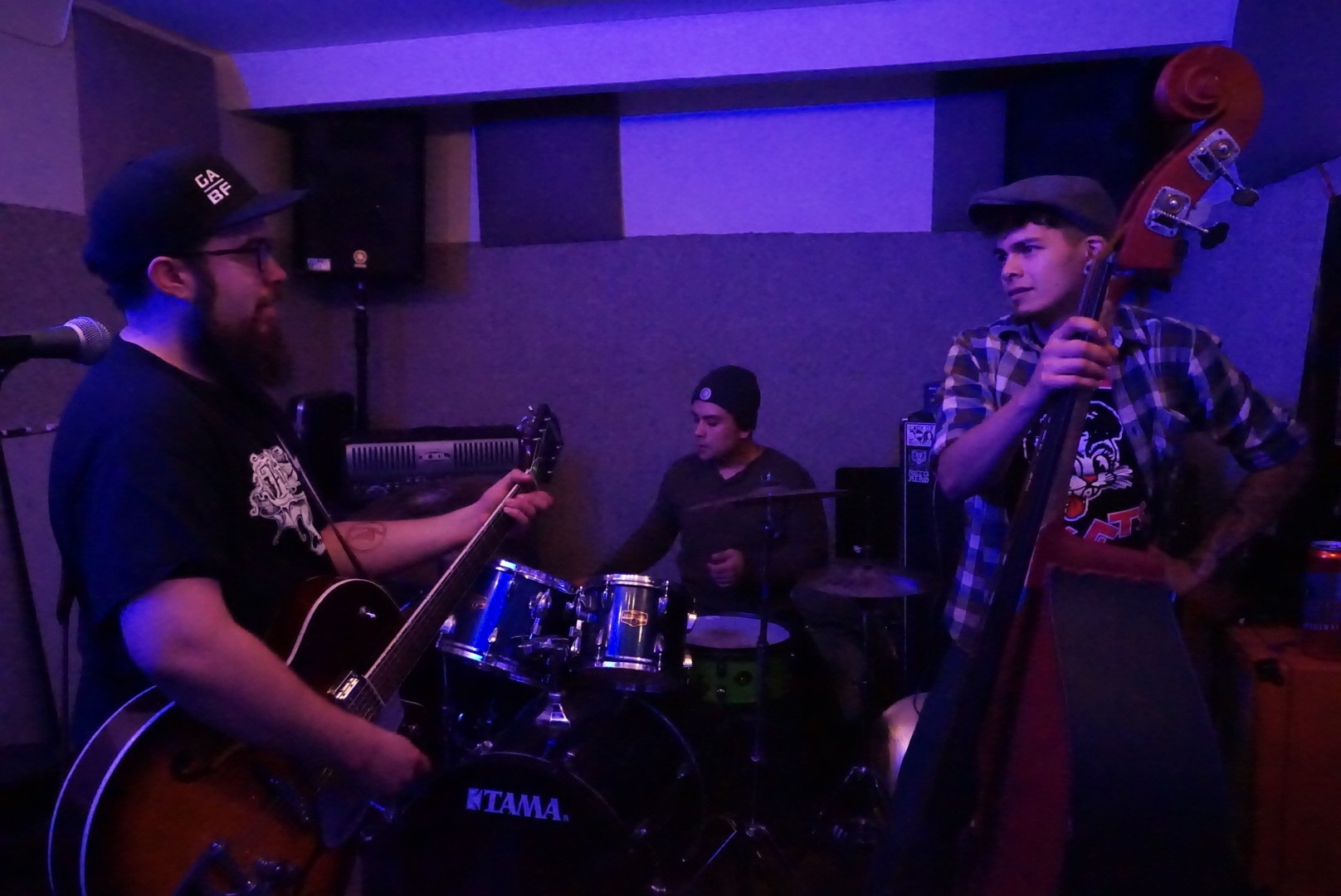