Life and Work with Caitlin VanArsdale 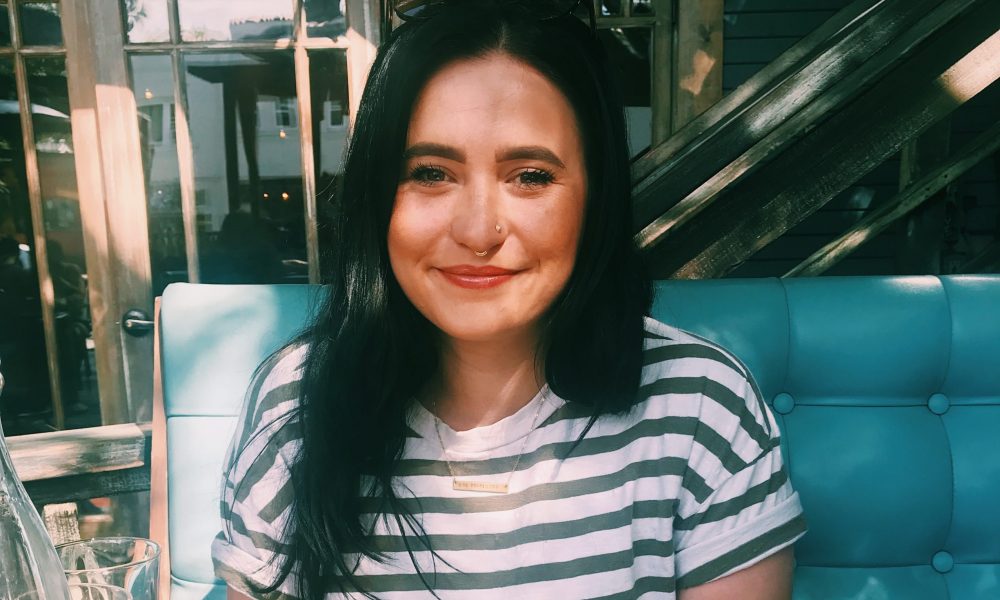 Today we’d like to introduce you to Caitlin VanArsdale.

Caitlin, let’s start with your story. We’d love to hear how you got started and how the journey has been so far.
I never knew that I would end up telling stories through animation. Honestly, I always thought I’d become a marine biologist or someone who worked with rescue animals. My path to animation was a long and winding one, but I’m so grateful to be where I am now. I started out as a letter brush artist at SeaWorld in San Diego — spending 9 hours a day painting animals into the shapes of letters. From there, I went to San Francisco to study Fine Art Illustration at the Academy of Art University. During that time, I worked a bunch of jobs, including as a Specialist at the Apple Store. I was able to study abroad for a semester in Italy, but school and the cost of living in San Francisco became too high, which led to a move to Portland. I worked various freelance jobs there for almost two years before realizing that all the work I loved to do the most fell into the animation category. On a whim, I applied to CalArts in Valencia, knowing that even if I got in there would be no way for me to pay for it. To my surprise, not only did I get in, but I was able to secure scholarships, grants, and some help from my family that allowed me to attend school there for two years. After those two years were complete, I was lucky enough to land an internship at Cartoon Network, which led to my first full-time animation job as a storyboard artist on the Powerpuff Girls. I now work at Sony full time on feature animated films, as well as on several other side and development projects in my free time.

Overall, has it been relatively smooth? If not, what were some of the struggles along the way?
My road hasn’t been a smooth one in the slightest. Honestly, there have been so many times I’ve questioned my ability to go on that I can’t even begin to describe them all — and honestly, I think that’s okay and normal. Life throws crazy obstacles in your path sometimes — for me, what has held me together most often has been leaning on other people who have been through similar problems, and remembering to take baby steps every single day. In terms of the workplace, I try to take a similar approach. Animation is an extraordinarily male-dominated industry — I’ve only been working in it for a few years, and I can’t even count the times that I’ve been the only woman in the room. My biggest piece of advice to other young women starting their journey is this –be confident in yourself and your voice. No one knows the perfect answer for what story point is more important, which joke is funniest, or what shot is gonna make the audience cry — your opinion is just as valid as anyone else’s. Learn to advocate for yourself, and at the same time, be an advocate for other women around you. No one moves forward if we hold each other back — but together, we can create compelling female characters who are written by women from their own perspectives, and the industry will be stronger for it.

Please tell us about your work.
I’m currently working as a Storyboard Artist for Sony Pictures Animation in Culver City. Essentially, my job is to interpret script pages and decide what shots to use, what the acting should look like, and add visual interest and comedy/emotion to a scene. Every storyboard artist is like a mini-director, using their film making knowledge to make decisions about how to craft a scene for a television show or a movie. Animation is very expensive and takes a long time, so in order to make sure a scene works, it all has to be drawn by a storyboard artist first. Once I decide what I want a scene to look like, I draw it all out, frame by frame. Eventually, I pitch the boards to the director and am given notes to change/plus the scene. This process is repeated until the scene is satisfactory to the director. I can’t say that one project or the other has made me the proudest because in truth they all have in their own ways. I can say that working in feature animation has been an incredible experience for me — I have never felt so heard or taken so seriously. Recently, I have had the opportunity to give feedback in the beginning stages of films, and it’s by far my favorite thing to do. Talking story, characters, and observing people and what makes them relatable/human is what I live for – and I can’t wait to keep doing it for as long as I can.

Who have you been inspired by?
I would be remiss if I didn’t mention the women in my family. I come from a strong line of Mexican-American women who are powerful beyond belief. They’ve all endured countless struggles in their lives – novels could be written about each and every one of them — but you wouldn’t know it from all the laughter and love they share when they’re together. They’ve been there for me in times when only another woman would understand — and they’ve done so time and time again without question. I’m grateful to say I also have a very strong network of female friends — some I’ve been friends with since childhood, and no one inspires me more than they do. They are more intelligent, kind, quick-witted and self-sufficient than anyone I’ve ever encountered out in the world. To say they inspire me would be a harsh understatement. And then, there are the women I am lucky to see every day in the workplace. They are the women who see the struggle of being female in the entertainment industry, and they are the women I see who are putting their full and genuine effort into raising up marginalized voices within what we do. I strive to be in a position like theirs one day, where I can give back what they’re currently giving to me — the confidence to become a creator and inspiration to someone else. 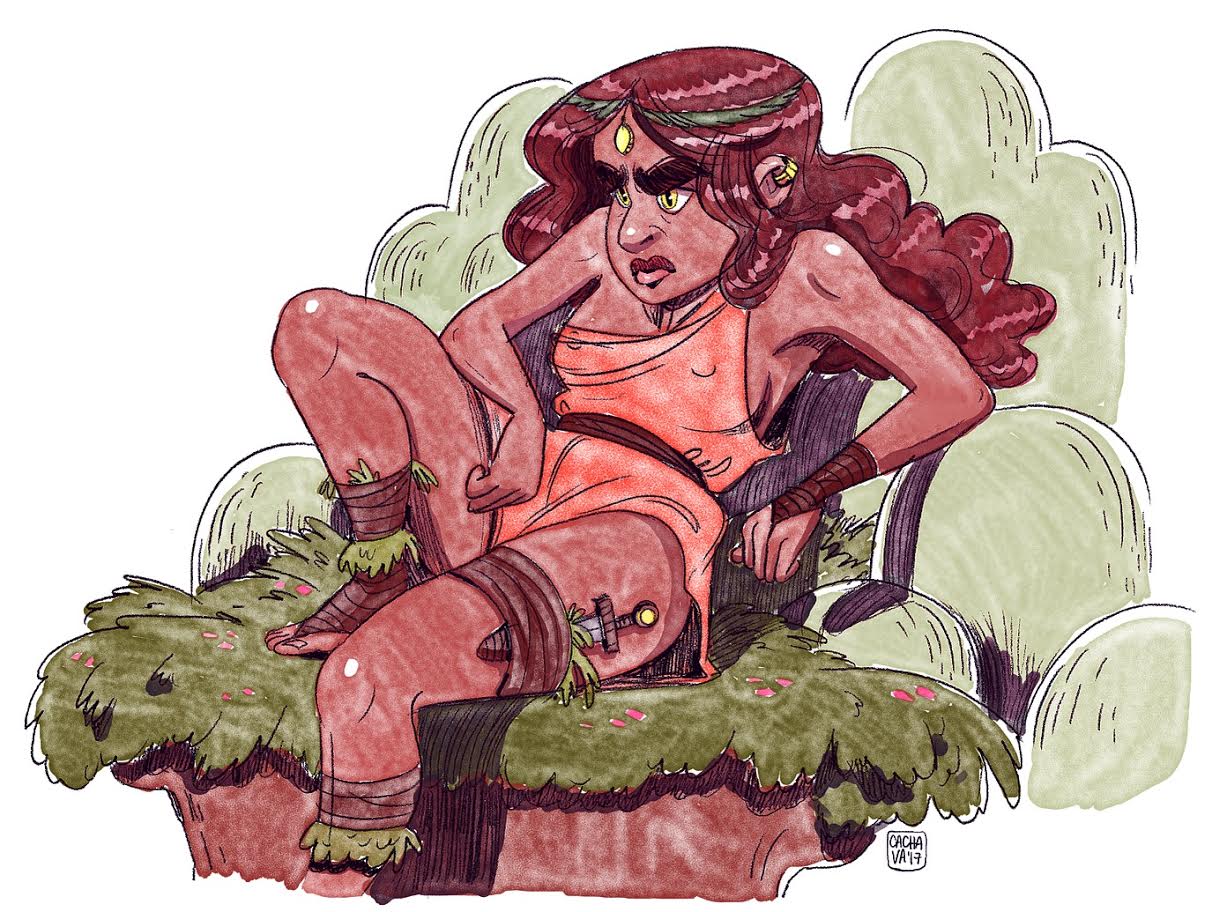 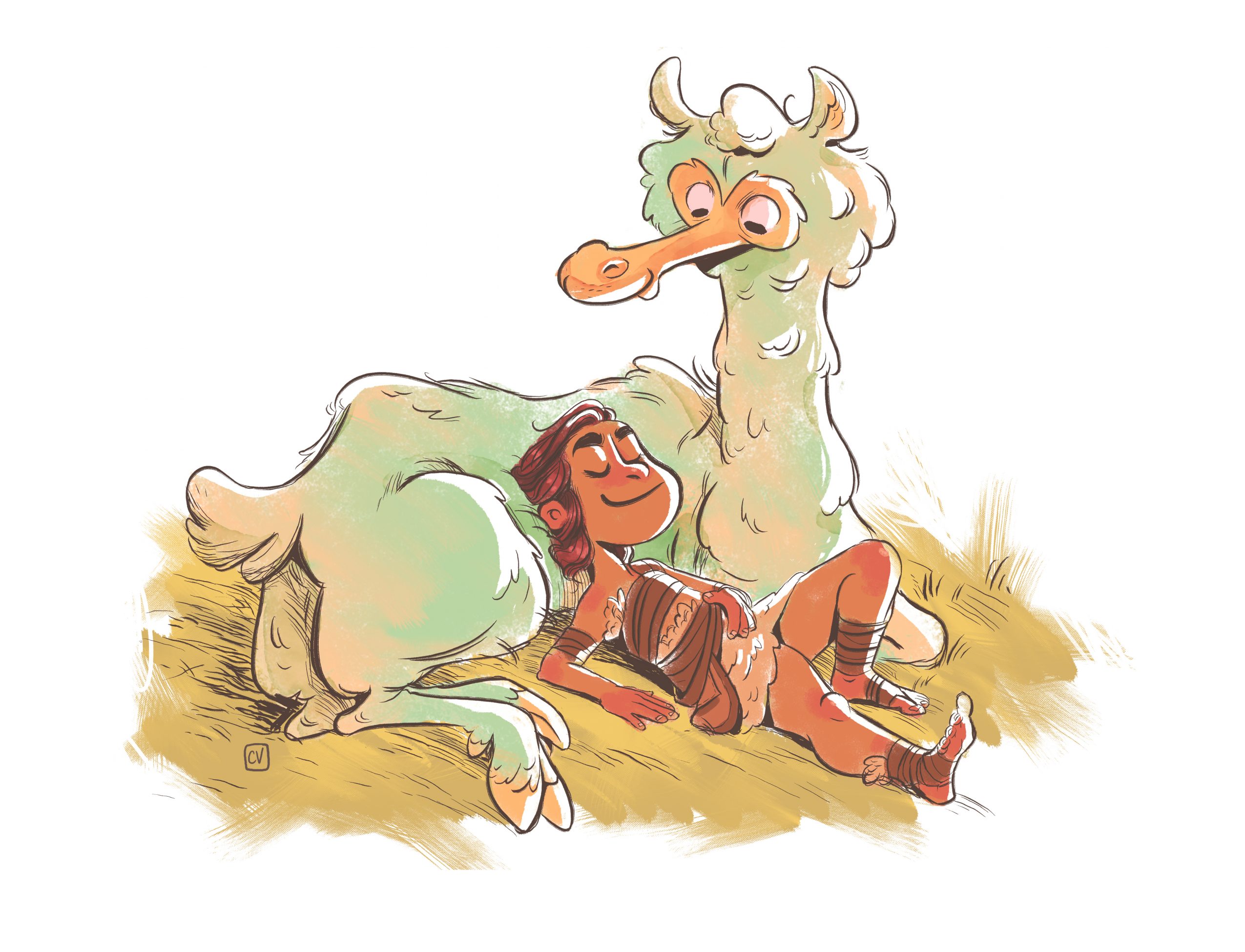 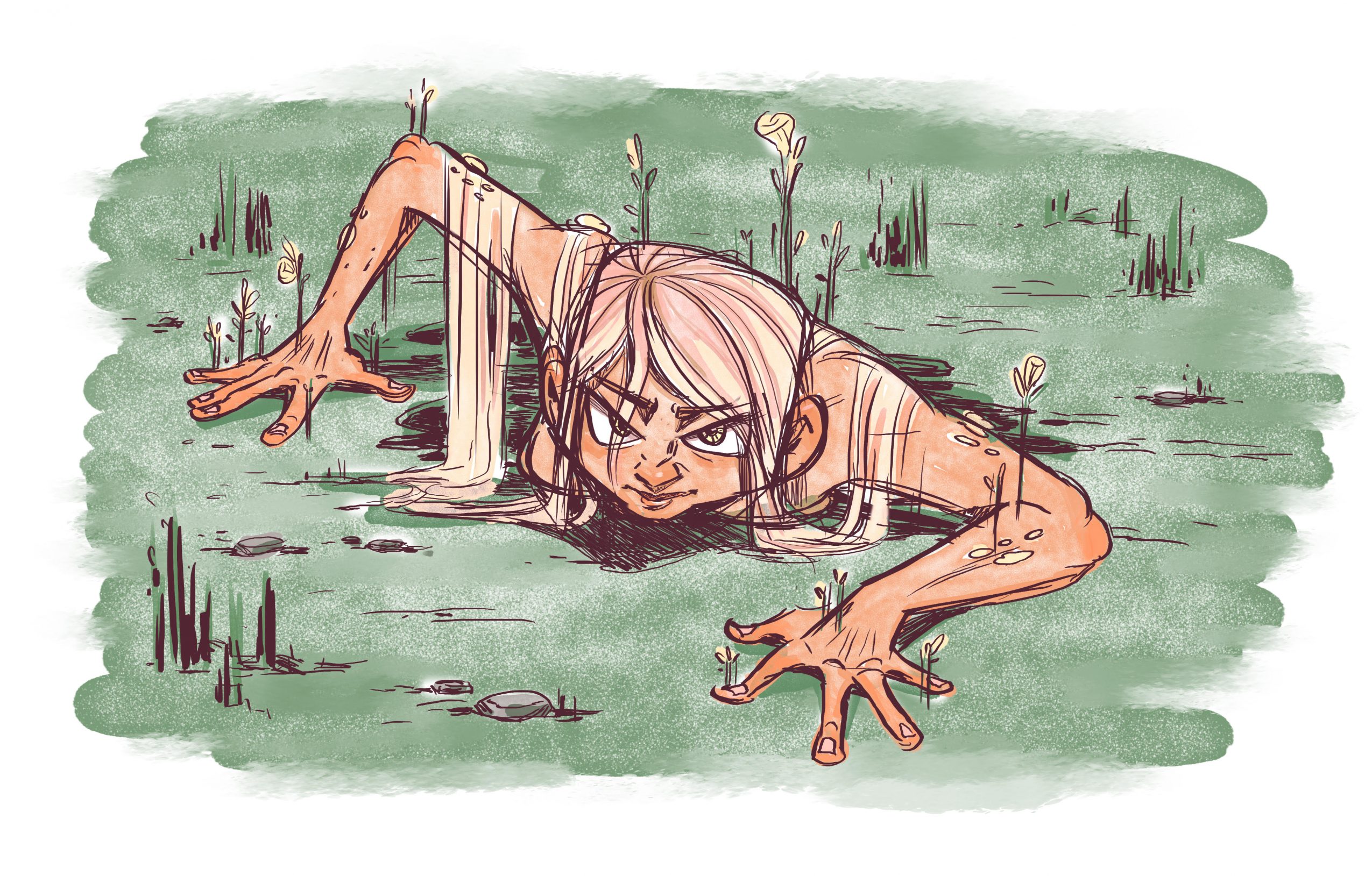 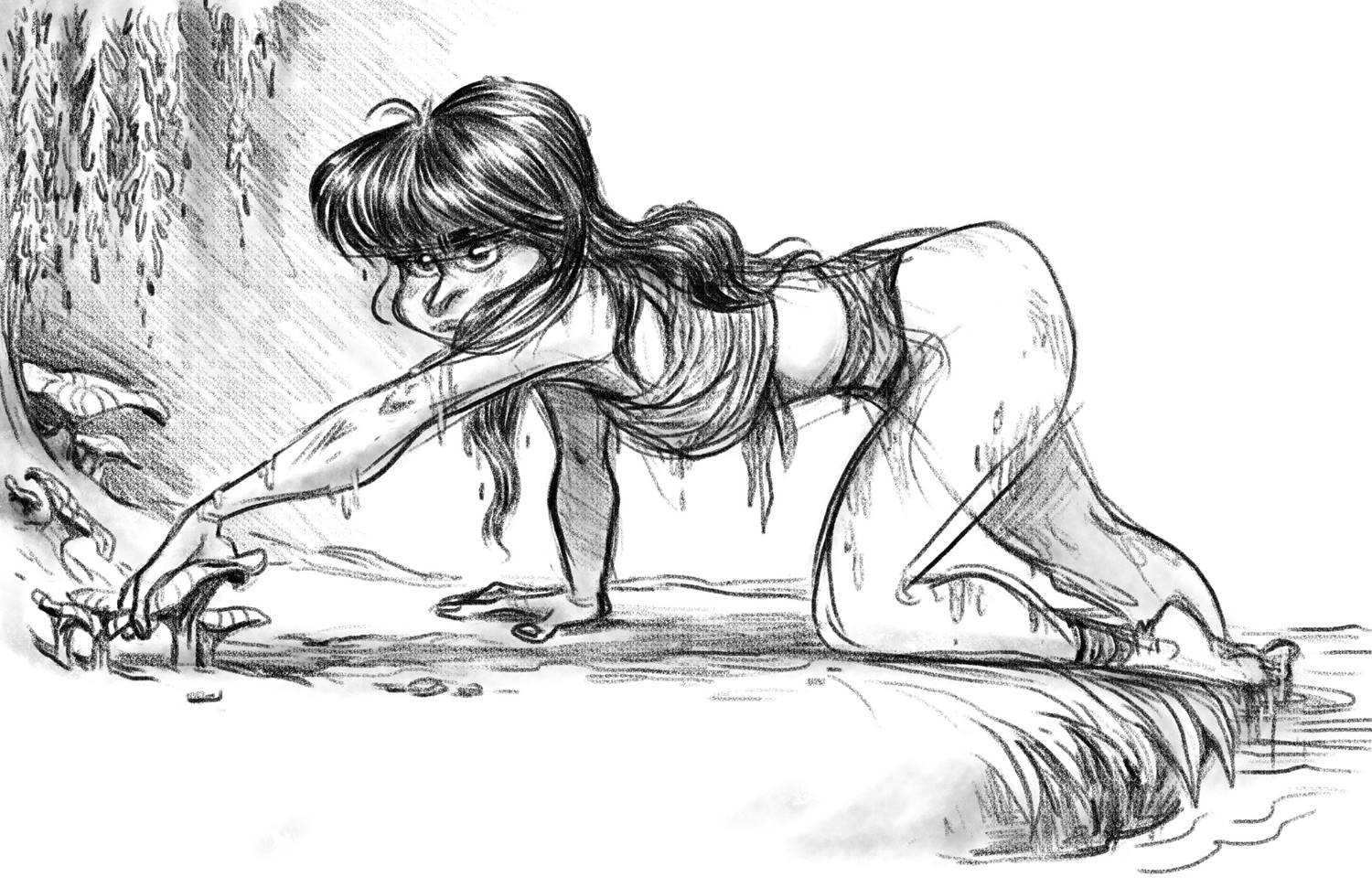