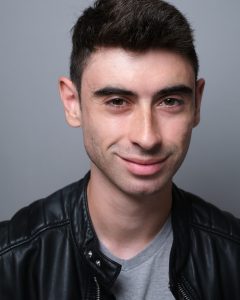 Today we’d like to introduce you to Alexander Romero.

Hi Alexander, we’re thrilled to have a chance to learn your story today. So, before we get into specifics, maybe you can briefly walk us through how you got to where you are today?
My journey has taken many different winding and intermingling roads. Currently, I stream video games on Twitch five days a week, teach parkour and computers at a Charter School part-time, submit for acting roles in film & television, coach high school e-sports, and am the captain of a Division 5 paintball team. All of this started because of my childhood interests. I’ve always loved video games and movies. When I was a kid, I’d swing around swords and lightsabers and act out cutscenes and action moves from video games. I really enjoyed first-person shooters and role-playing games in particular. By the end of elementary school, I was convinced that I was going to be a pro gamer, competing in games like Halo. As I entered high school however, I became more focused on sports and theatre with games like Mass Effect and Assassin’s Creed being catalysts for growth in other areas of my life.

By the time I finished up with high school in 2012, I had been part of the ensemble in two plays and learned how to do a backflip and jump across rooftops. In college, I declared my major in Screenwriting but got involved in as many opportunities as I could. I joined the CSULB Martial Arts Tricking Club, Film Club and went on to minor in Theatre my junior year as well as study abroad in the UK. Realizing that my interests did not lie in screenwriting, I devoted most of my efforts to acting, directing, producing, and editing. It was in my senior year that a fellow actress and dancer referred me to teach for a learning program in Torrance, which I have been doing ever since. Within the same week that I graduated university, my dad passed away and I became very conscientious about how I was going to start this new phase of my life. Four months later, I discovered a passion for paintball after going to a friend’s birthday. In the next two years of relentless project submitting and endless rejection, I’d face as an actor, paintball became a physical outlet where I could regroup and refocus energy outside of my career. In 2018, I was cast in a music video to do stunts.

At the audition, the producer was so impressed with my prior work, he rewrote my role in the video and went on to hire me as CCO for his production company. While it was one of the most stressful periods of my life, I became much more experienced with filmmaking at the higher budgetary levels. I produced and directed a pickup scene for a feature already in post-production and went on to produce and be cast as a principal actor in a feature film shooting in Brazil starring actors from Dusk till Dawn, Game of Thrones, and Stranger Things. Unfortunately, the production was beset by obstacle after obstacle, my scenes were never shot, and the film was not completed. I was greatly discouraged by this experience and spent almost a year avoiding acting completely. By November of 2019, I decided to join SAG-AFTRA and begin taking small steps towards performing again. In January of 2020, around the week Kobe Bryant passed away, I received a phone call from a fellow paintball player asking if I would be willing to join a team. I was reluctant, as paintball had always been a relaxing pastime for me, but remembering Kobe’s work ethic and mentality, I decided not to pass up the opportunity. I played in two tournaments prior to the COVID-19 shutdown.

When lockdown hit, I wasn’t teaching, acting, or playing paintball and needed a way to stay productive. In February, I started streaming on Twitch, mostly to 1 or 2 people but by August, I reached affiliate status, could earn income, and could further customize the different features of my stream. A friend of mine sent me a post that our high school, St. John Bosco, was starting an e-sports summer camp. I promptly emailed the head coach of the program expressing my interest in volunteering and now, four months later, am one of the program’s heads coaches. In the same month, our paintball team captain reached out to me and offered me the position of captain to a secondary squad. Seeing this as a challenging new opportunity for further growth, I took it. Despite the challenges of this year, dealing with multiple heartbreaks for the first time and difficulties of quarantine, I built new habits and set new goals. I started sleeping properly, waking up at 5:00am every single morning, meditating, eating healthy, training, conditioning, and studying. I’ve also started using my phone less and using it only for the purposes of creating content and checking in with friends and loved ones.

Alright, so let’s dig a little deeper into the story – has it been an easy path overall and if not, what were the challenges you’ve had to overcome?
There have been an incredible amount of struggles along the way. Some of them include heartbreak, self-doubt, ego, conflict with others, lack of discipline, distraction, disappointment, failure to meet expectations, ignorance, and overthinking.

Thanks for sharing that. So, maybe next you can tell us a bit more about your work?
I am an actor and video game streamer. I specialize in playing competitive games and attempting to properly navigate some of the toxicity associated with those games. As a streamer, I’m great at listening and interacting with my viewers on a highly personal level. We’re all just trying to get through this life together and I want to know about each viewer’s unique and authentic journey, encourage them, and offer what I’ve learned from mine. What sets me apart is my leadership capability. Being a leader is more than just making decisions and being in charge, it’s about recognizing the needs of each of your subordinates, ensuring that everyone is allocated responsibility that they can be proud of, and ensuring that everyone knows what we’re aiming to achieve. I carry these values from teaching, to gaming, to paintball, to filmmaking, to coaching.

In terms of your work and the industry, what are some of the changes you are expecting to see over the next five to ten years?
I am unsure where the film industry will move in the wake of this pandemic. I am confident however that streaming and e-sports will continue to grow exponentially. 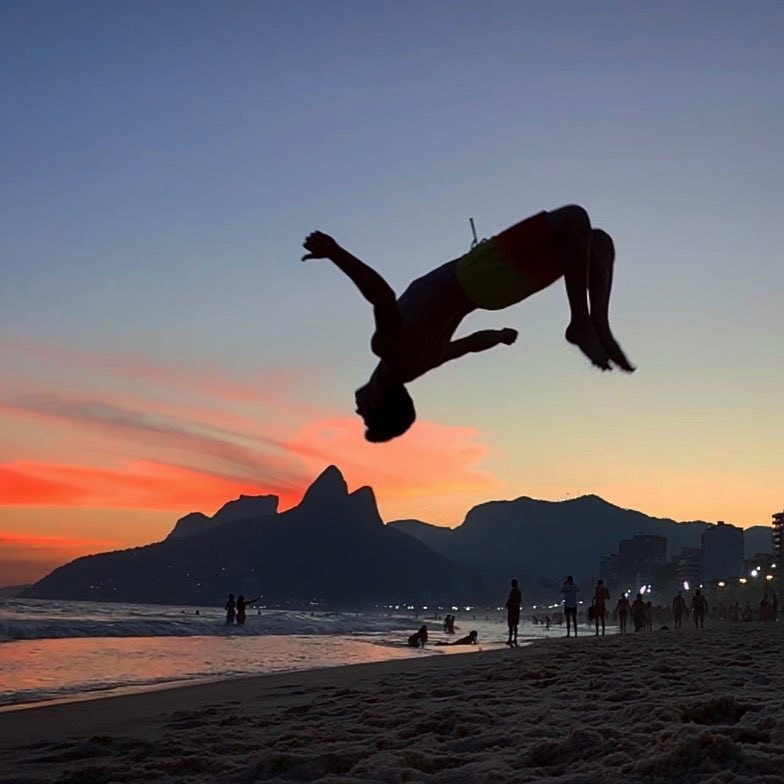 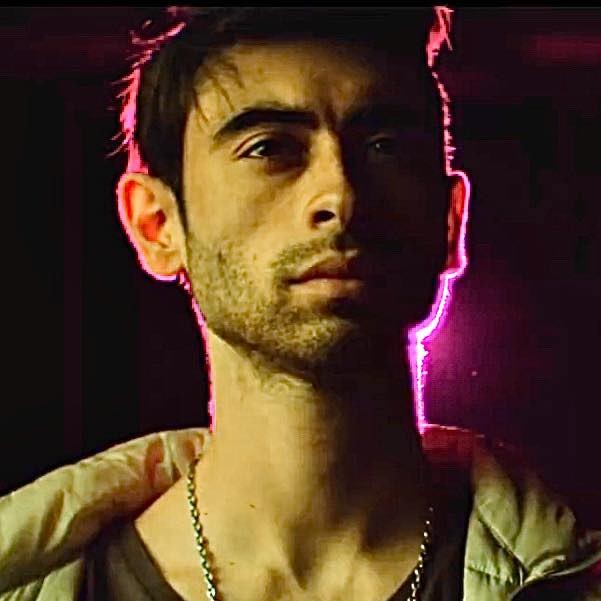 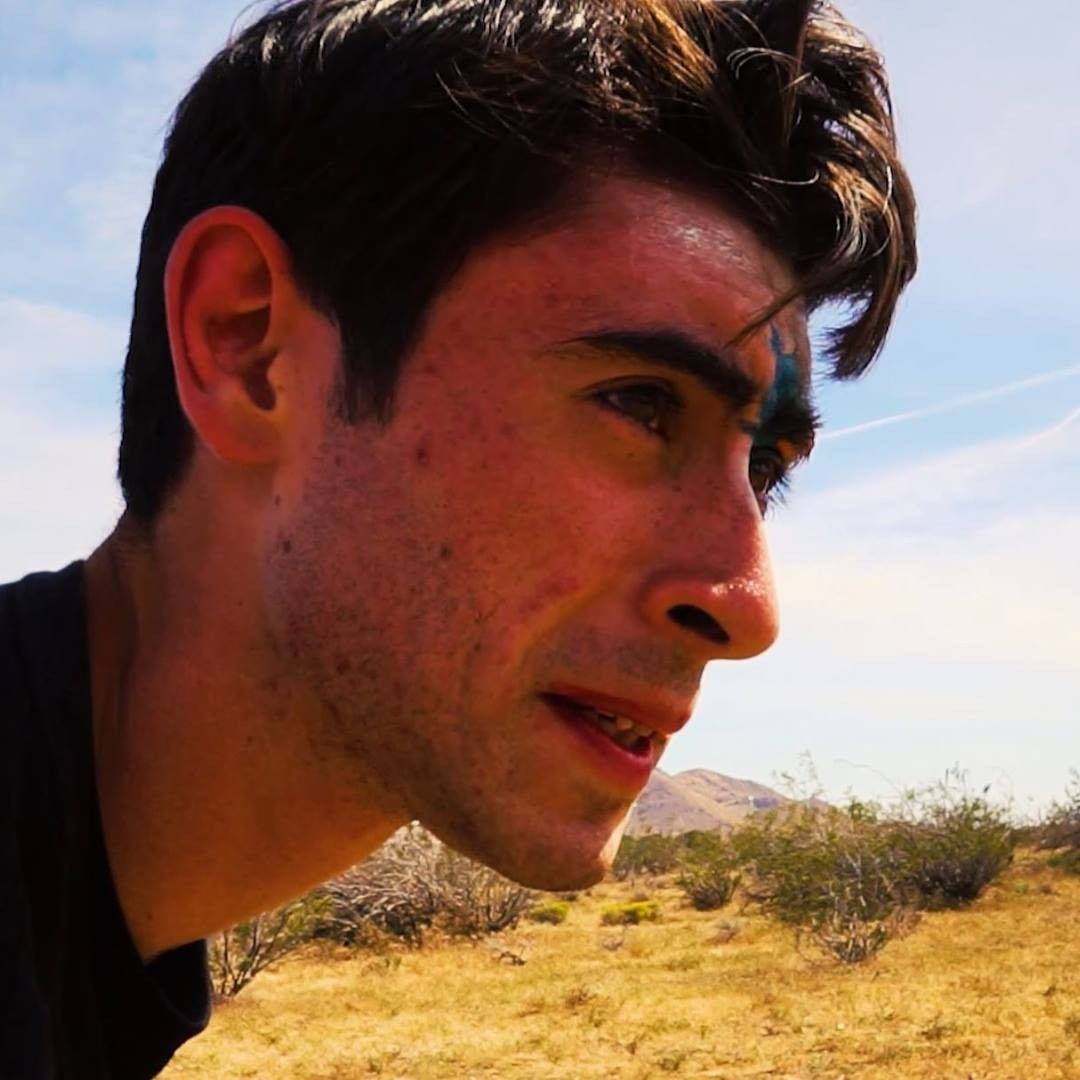 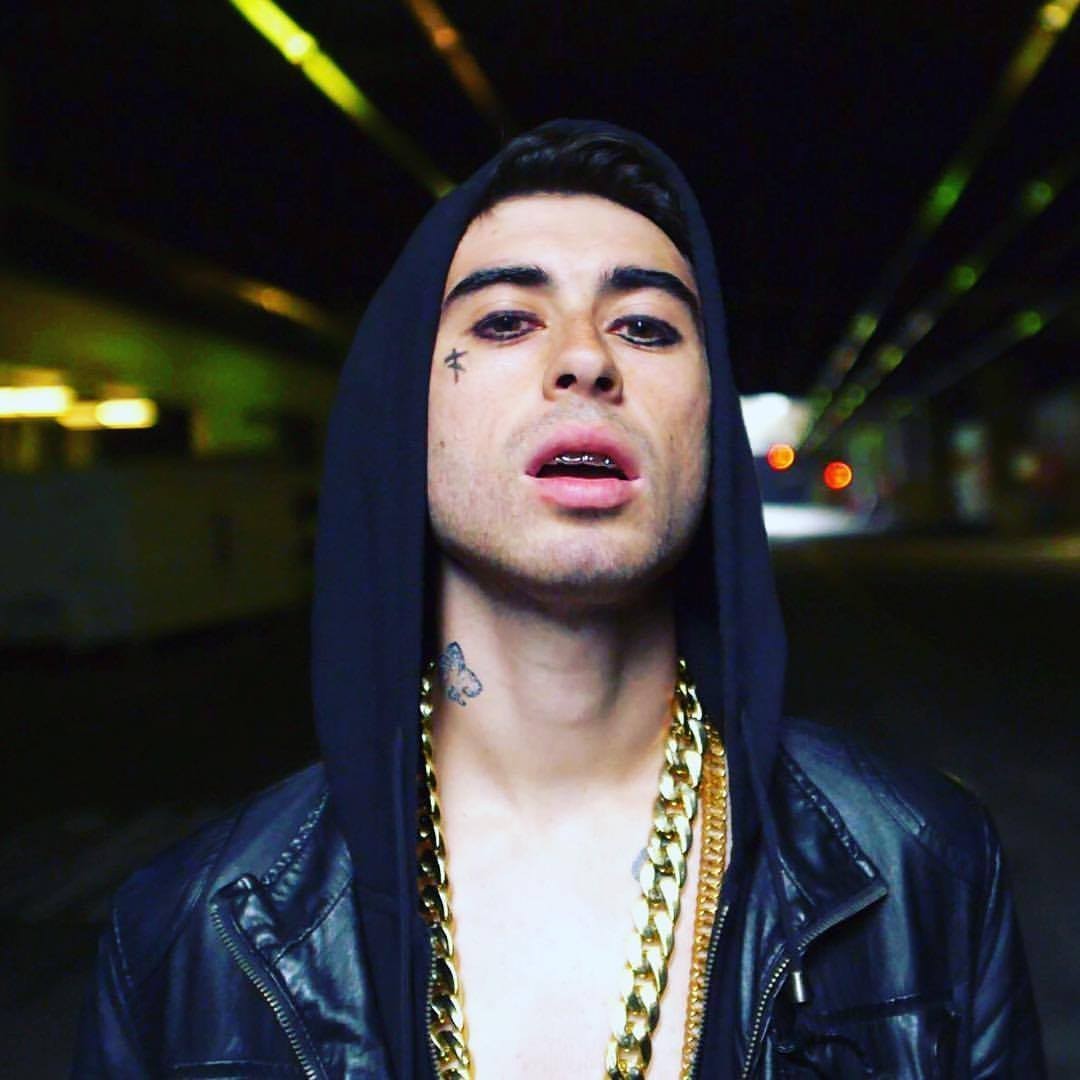 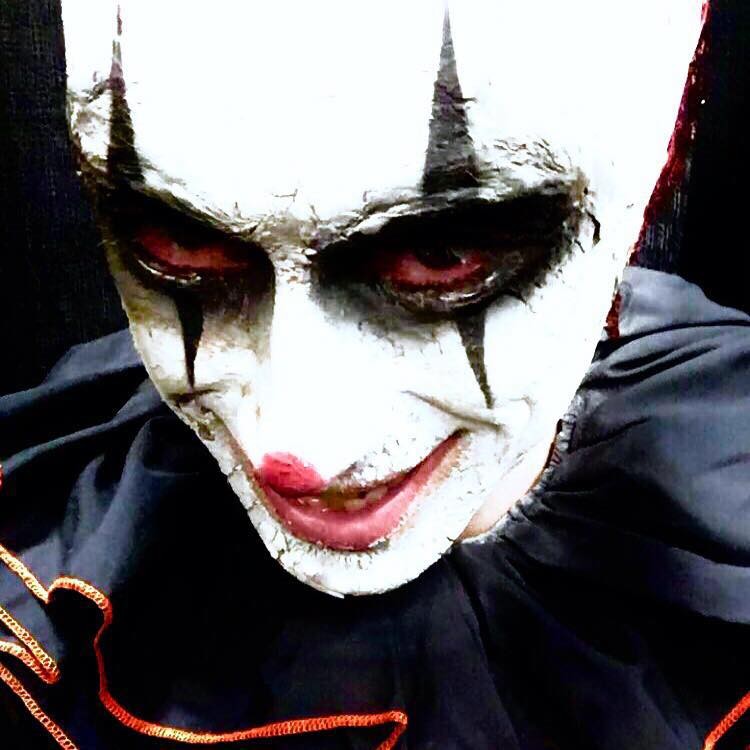 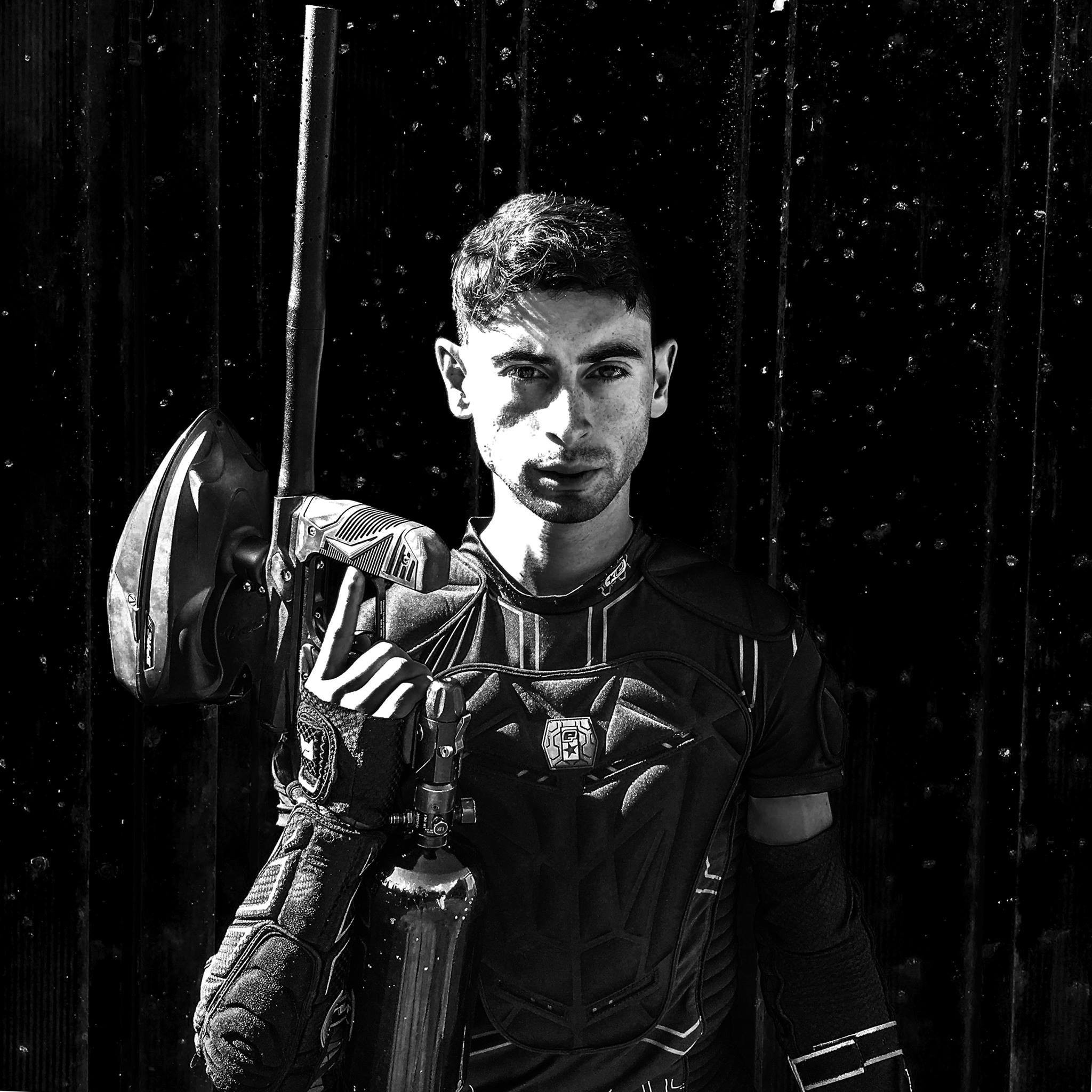