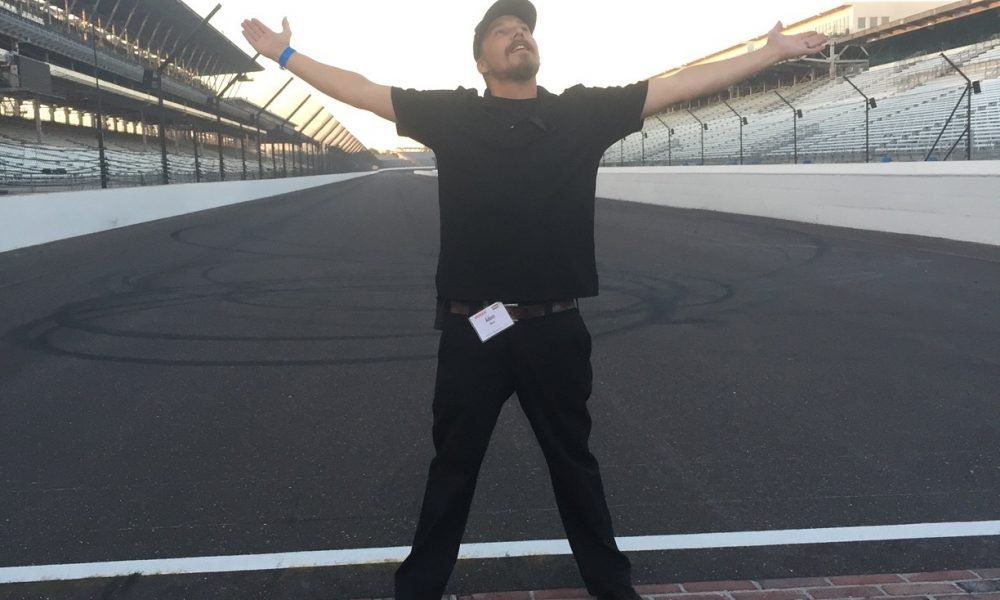 Today we’d like to introduce you to Adam Means.

Hi Adam, we’d love for you to start by introducing yourself.
I moved to LA 20 years ago from Washington state. After living through the grunge years in Seattle, I packed up with a job offer from a Microsoft programmer who’d cashed in his stock and decided to make movies. He bought a house in a gated community in South Pasadena and that became our headquarters. I lived there rent-free with two other company employees where we’d come up with ideas for TV shows and movies. After six months, it became clear that his dreams of becoming a big Hollywood producer were a little too lofty. The company shut down and I ended up going from head writer at a creative production company to a production assistant on National Enquirer TV. I didn’t last long as a PA and eventually became a ENG sound guy, holding a boom over the heads of people like Rosanne Barr and Christina Aguilera. Then, after shaking hands with some connected people, I ended up doing sound for a travel/party TV show.

Over the next three years, I visited 43 countries and lived in posh, 5 star hotels, living out of a tattered suitcase. By the end of my run with the travel show, I had become the camera operator, learning the ropes in the field. I came back to my unused apartment in Silverlake (where I lived for ten years) and ended up shooting an automotive restoration show for TLC. I transitioned from traveling the world and hanging out with Ukrainian supermodels to shooting a bunch of sweaty dudes in a garage, fixing cars. It was… a jarring transition. But I ended up staying on with the production company for the next 13 years. During that time I shot, wrote, directed and executive produced 100s of TV programs ranging from backyard makeover shows to a fully scripted four-part Discovery series celebrating Back to the Future’s 35th anniversary. I’ve been working in television for over 20 years now and continue to find great people and amazing ideas everyday. From being able to direct one of my childhood heroes, Johnny Depp, to getting drunk in 43 countries across the globe as a 20-something sound guy, my career has been a riotous adventure and keeps me smiling and guessing to this day.

Would you say it’s been a smooth road, and if not what are some of the biggest challenges you’ve faced along the way?
Working in the entertainment industry is never a smooth ride. There are the inevitable long stretches of time between shows during which I’d have to sell old clothes at vintage shops to get enough money for breakfast and cigarettes. But then something would come along–I’d get a call from a friend asking if I wanted to day play as a cam op on some show, then I’d end up working for a few months and beefing my bank account back up. Then… back to the famine. The biggest challenge has always been becoming established. Years and years of hustling and cold-calling people to try to get your work recognized. And eventually, the game pays off and you start to realize your resume is full and bleeding over onto a second and third page. My goal was to have as much fun as possible while getting paid but around 2009, everything changed when I got married to my lovely wife and started building a family. Now, my wife and two kids are my priority, with my number one goal being to provide for them and keep them smiling as much as I can. If you look up “challenge” in the dictionary, it says: “raising a family in Los Angeles while working in the entertainment industry.” But every challenge is an opportunity to learn and grow. Now, it’s all about work/life balance, which can be precarious at times but is worth all the blood, sweat and tears at those moments when your kid’s eyes light up the second you walk through the door after a 14 hour day on set.

Can you tell our readers more about what you do and what you think sets you apart from others?
Much to my parent’s chagrin, I chose a life centered on creativity. As a kid, I believed I would one day write the great American novel and live out my days in a cabin in the Pacific North West, petting my Labrador and sipping rich artisan coffee. And while I have managed to write several books over the years, none of them have (as of yet) found a home with a wide audience. It became a creative outlet between rearing children and the daily commute. Around 2007 a well-known, reality-based production company in the North Valley hired me to shoot one of their automotive programs and I ended up staying with them for the next 13 years. I began as a camera operator, moved up to director of photography then transitioned to story producing and directing then ultimately became the company’s in-house show-runner. What I am most known for is my eight years stint as the writer, director and show-runner for the longest-running car restoration show on television, Overhaulin’.

The show was incredibly fun to work on and hinged on the idea of doing something nice for deserving people–which was a welcome departure from reality programs that sought to create conflict and drama where there was none. My days in the office are usually spent in raucous meetings or at a computer, writing VO scripts, treatments, outlines and developing new programming. But I’m happiest on set, directing or show-running–making sure everyone from crew to talent goes home at the end of the day believing they helped create something fun and meaningful. I’m different than other directors in my field because I view every project as a team effort. Every person on set has an essential role to play and they are all treated with equal respect. I don’t run a set like I’m captain of the ship–we are all pivotal crew members working toward a common goal.

The crisis has affected us all in different ways. How has it affected you and any important lessons or epiphanies you can share with us?
2020 was equal parts terrible and wonderful. It afforded me the opportunity to spend a whole lot of quality time with my family but came with a substantial financial hit. Work was sparse throughout the year but we managed to maintain and power through. It was been wonderful to have the time to work on some personal creative projects (painting, writing, playing music) and lounge on the carpet with my kids playing with action figures but I am greatly looking forward to getting back on set without wearing a stuffy mask. The lessons we’ve learned are how valuable social interaction can be (for kids and adults) and how imposed isolation can lead to feeling dislocated in your chosen profession. If you weren’t on an ongoing show before Covid, finding a new position is an enormous challenge. The supply of people needing work greatly outweighs the demand–which is discouraging but a lesson in perseverance. 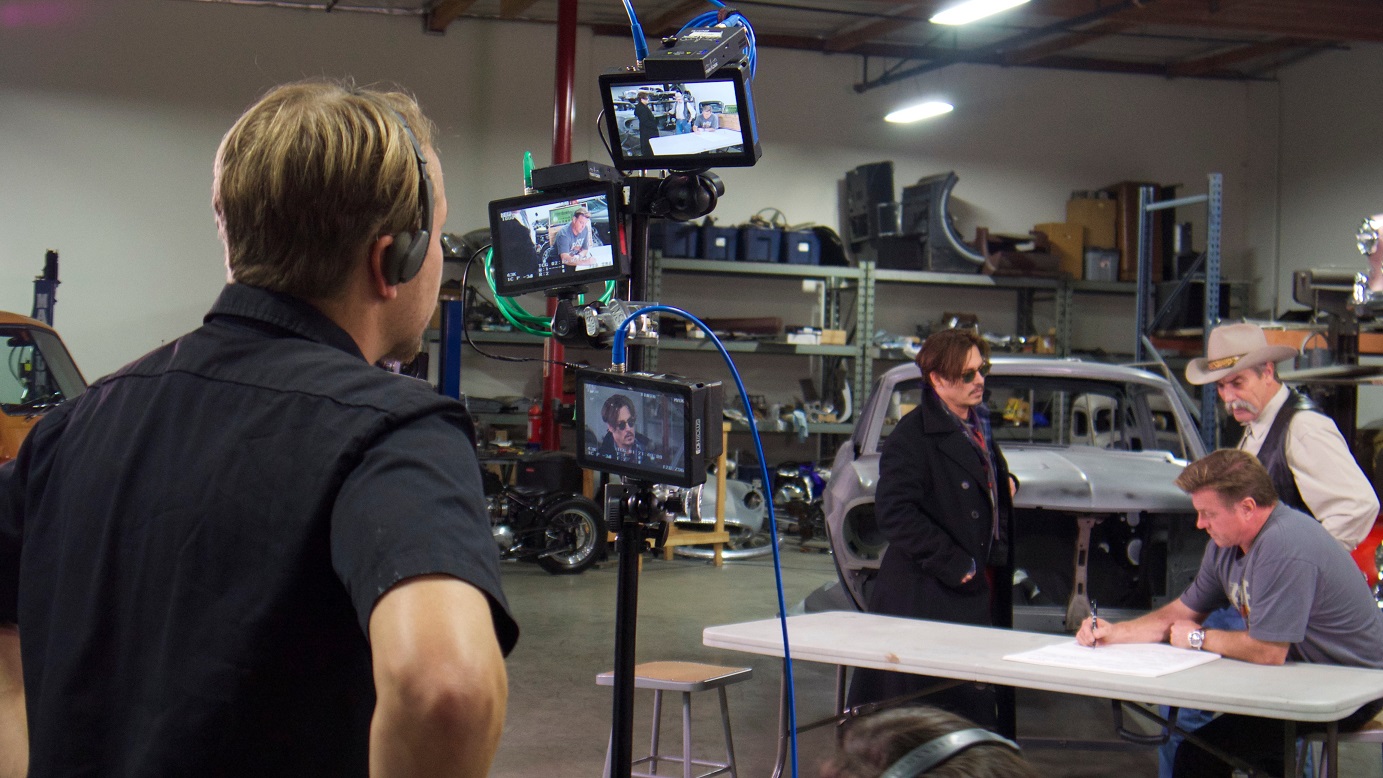 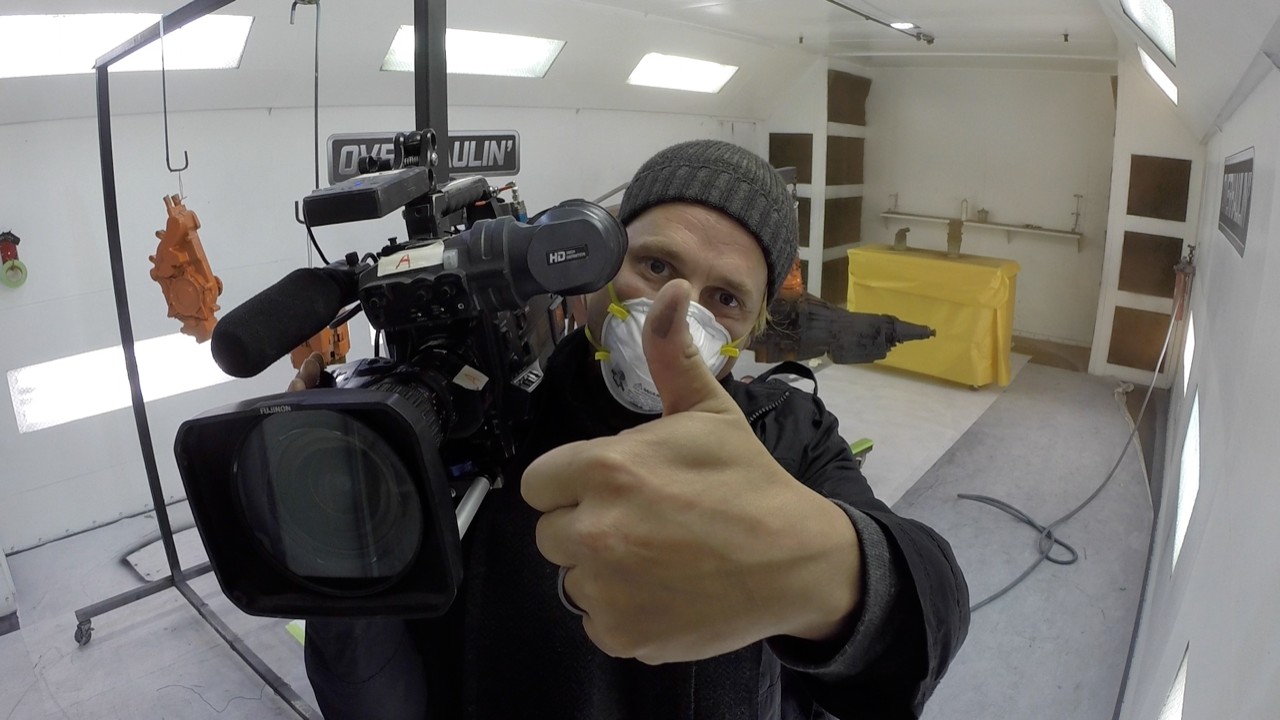 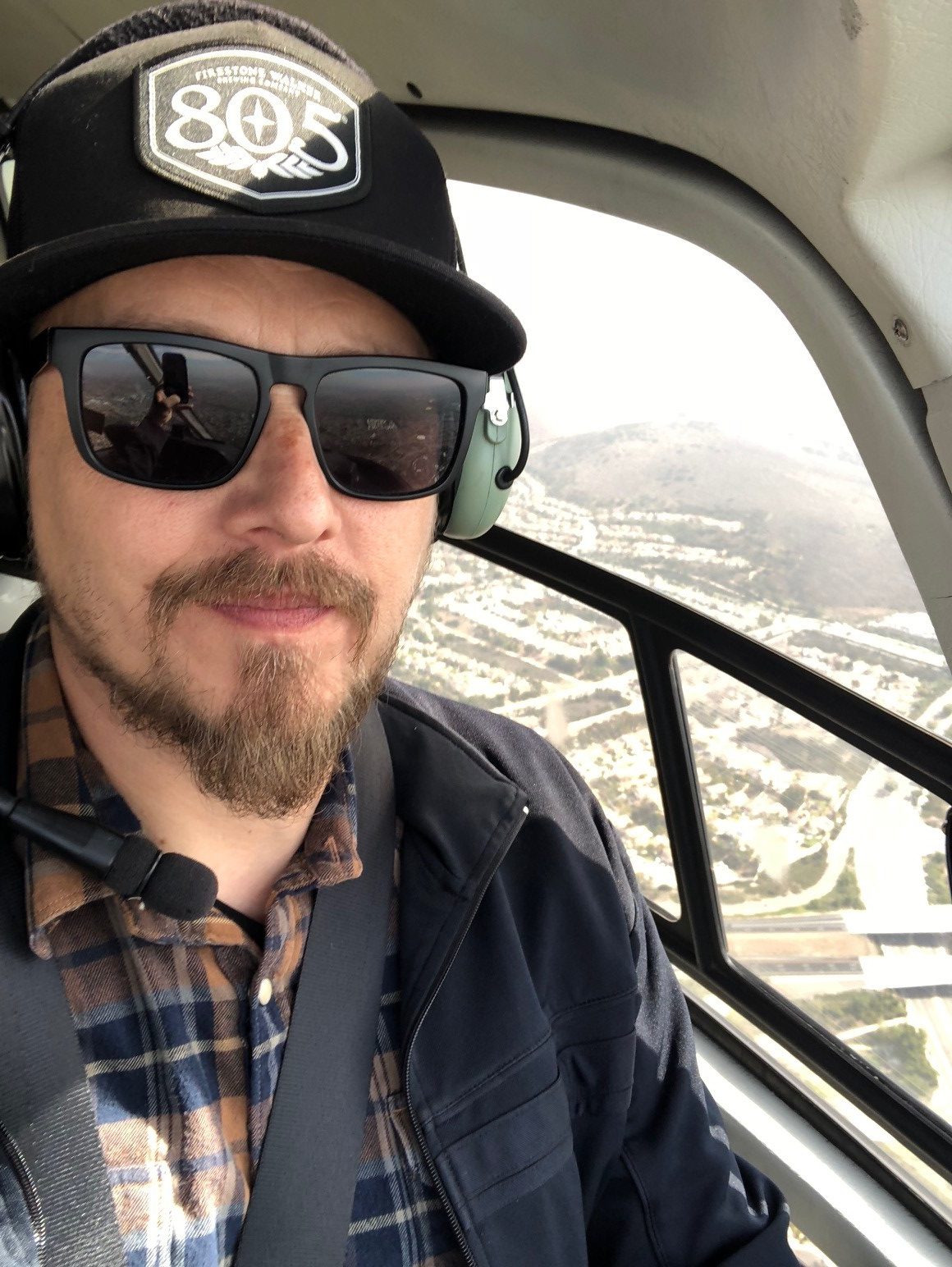 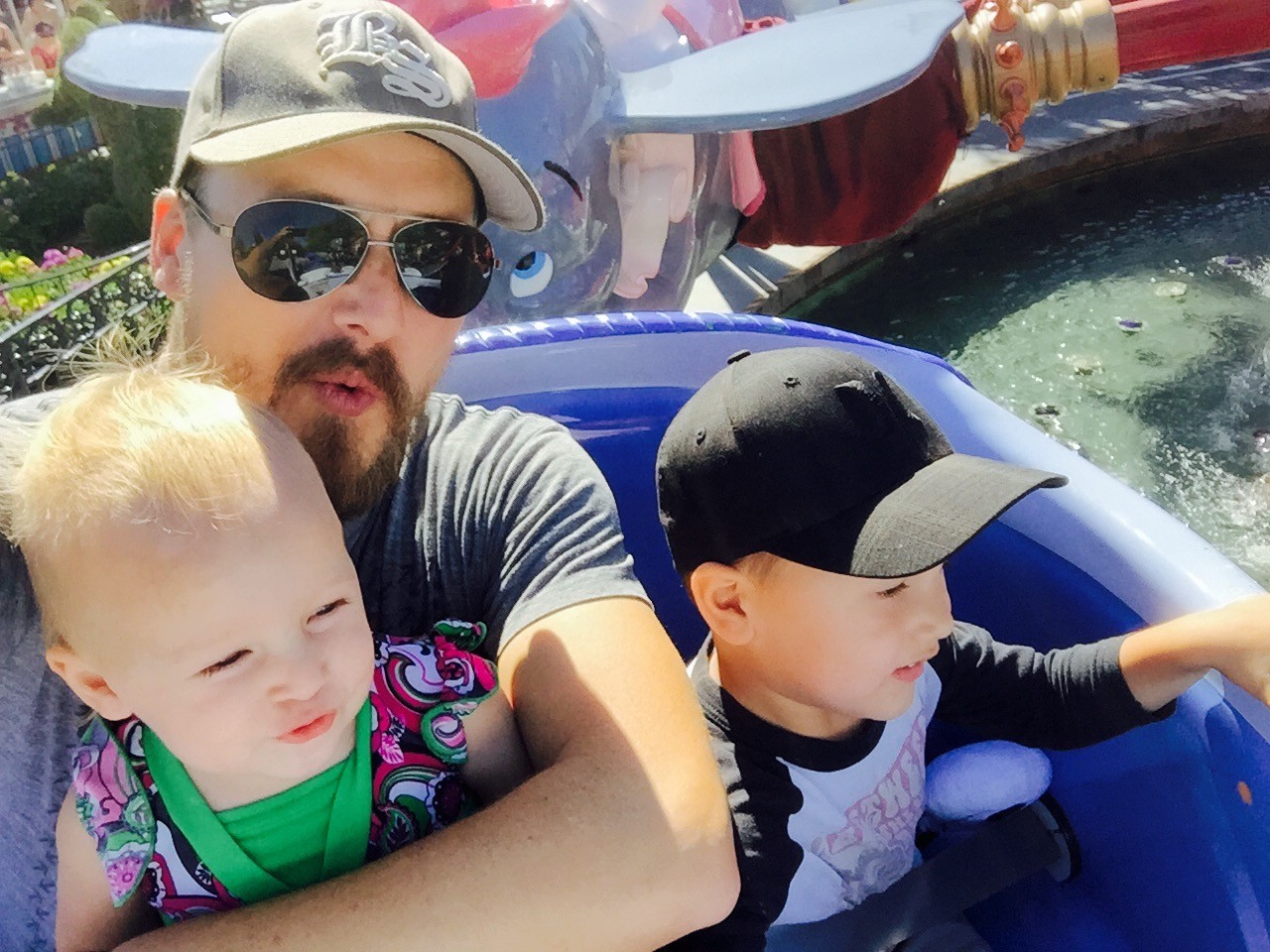 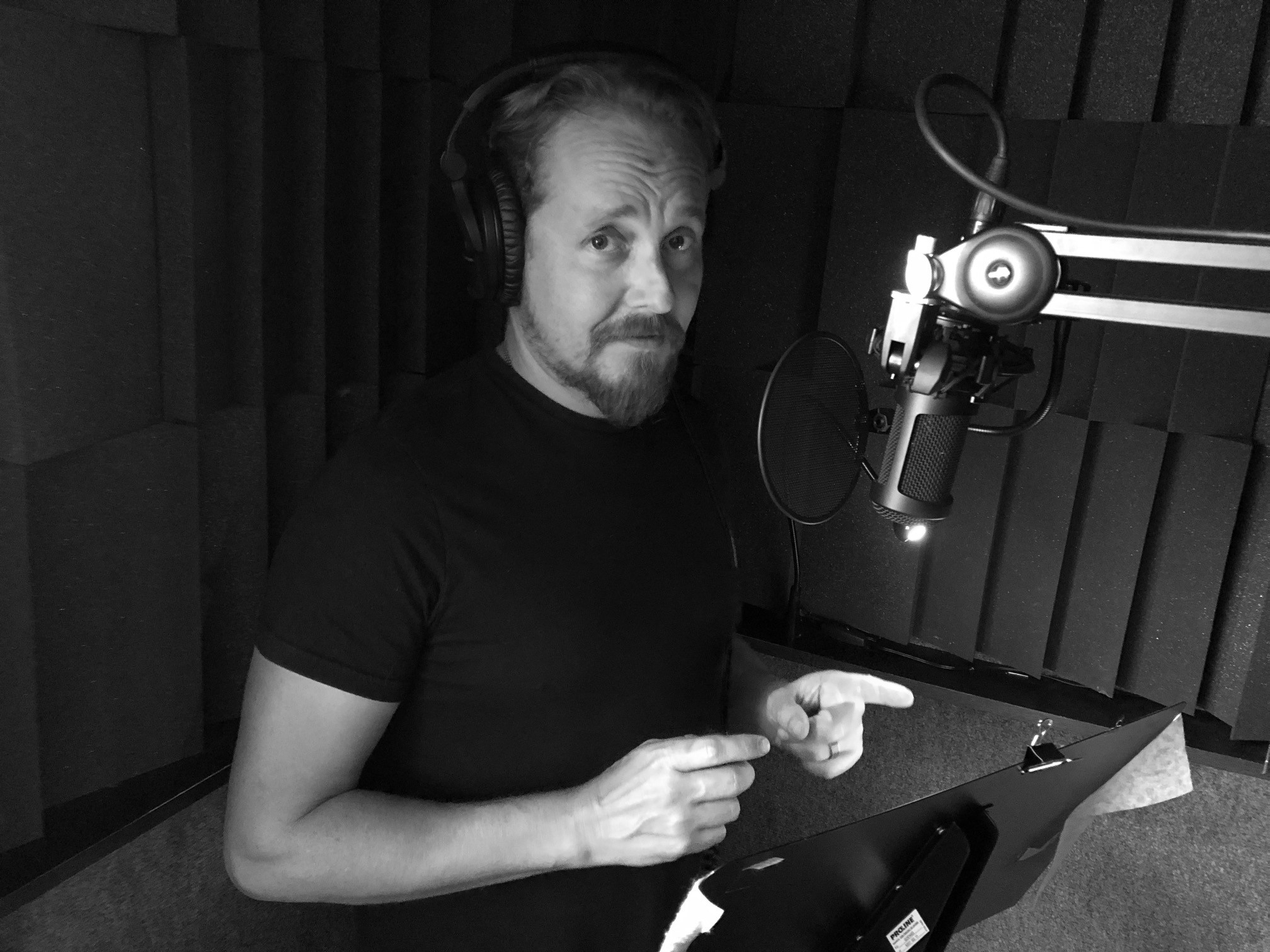 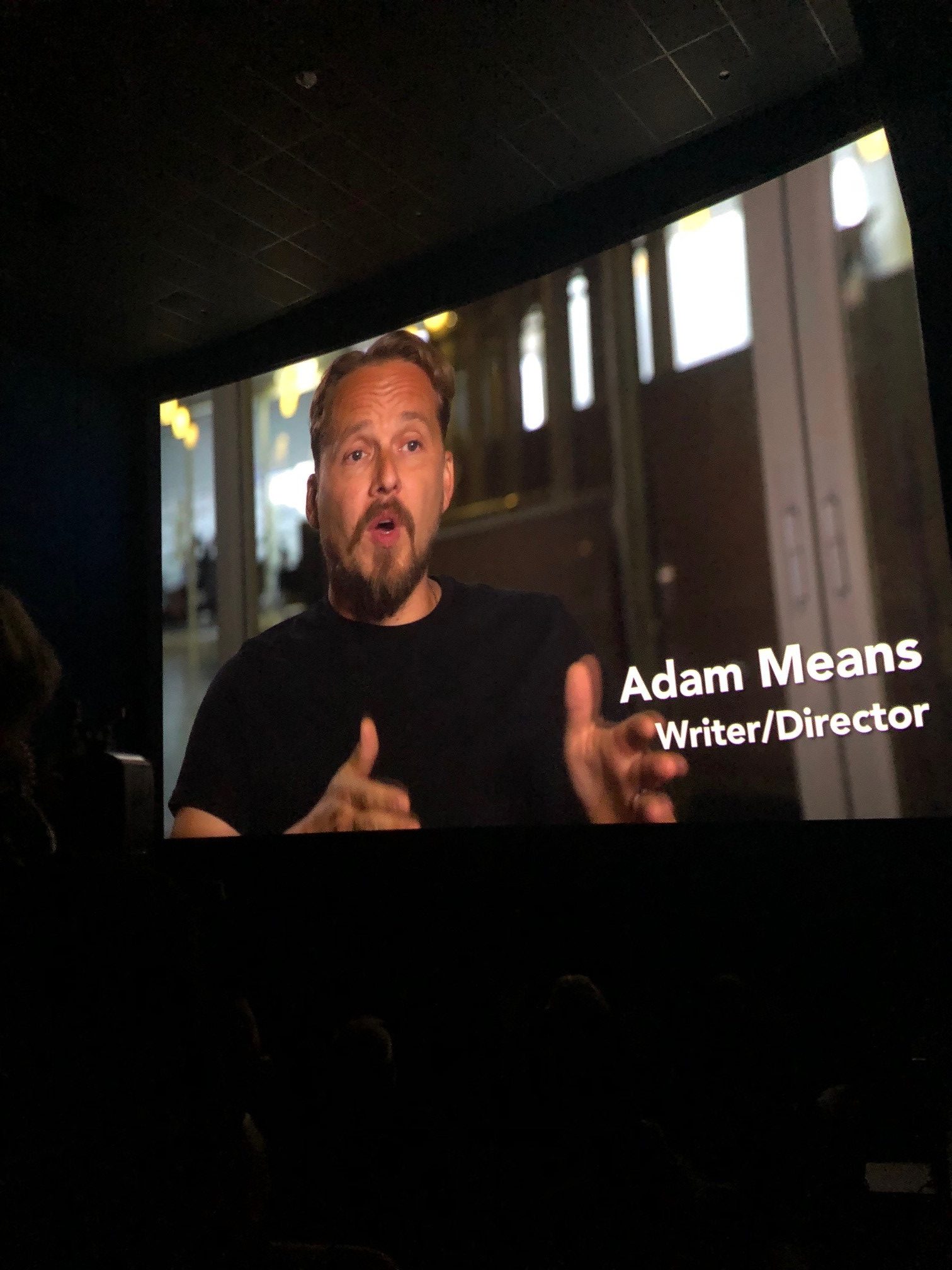 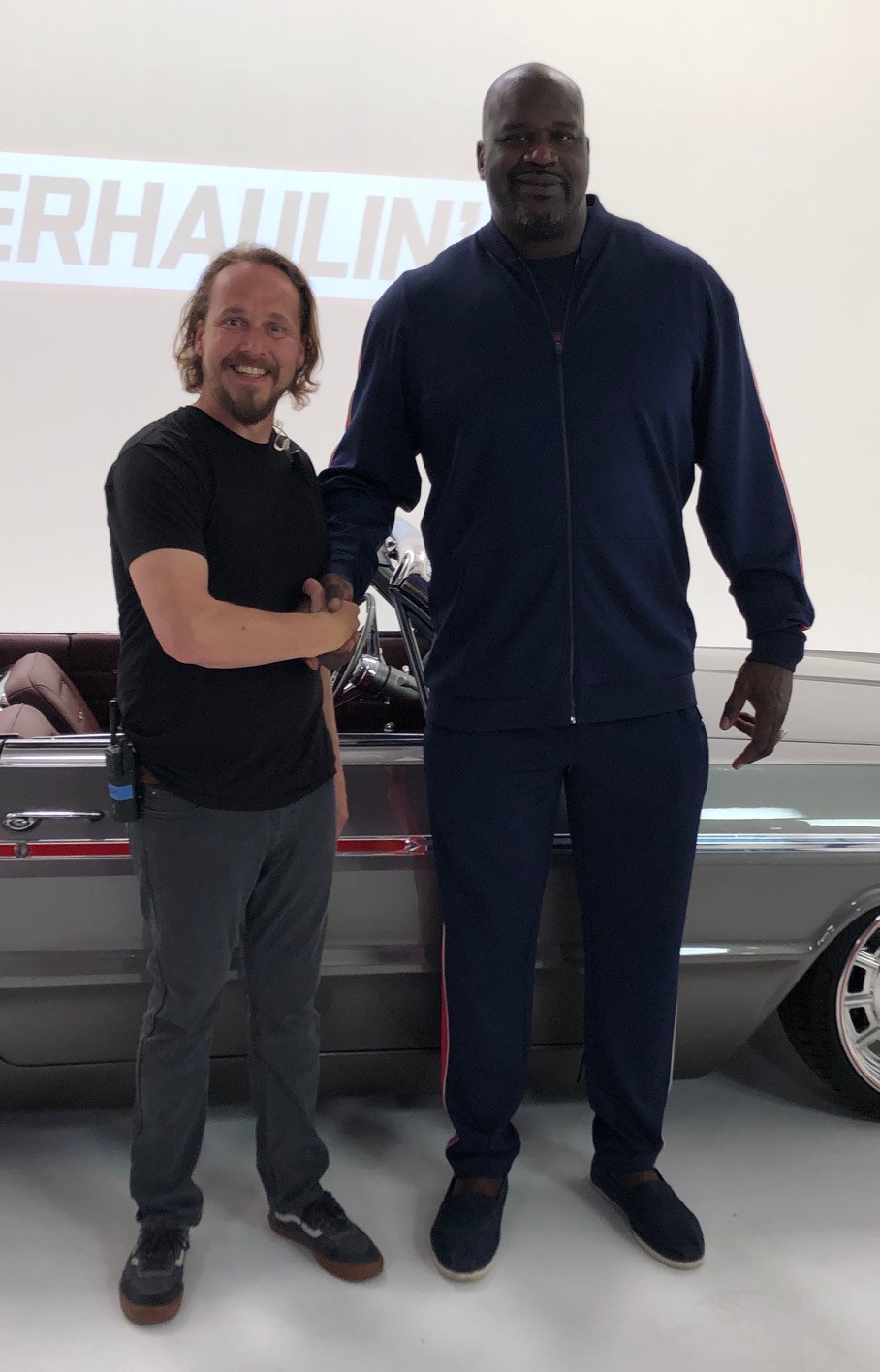 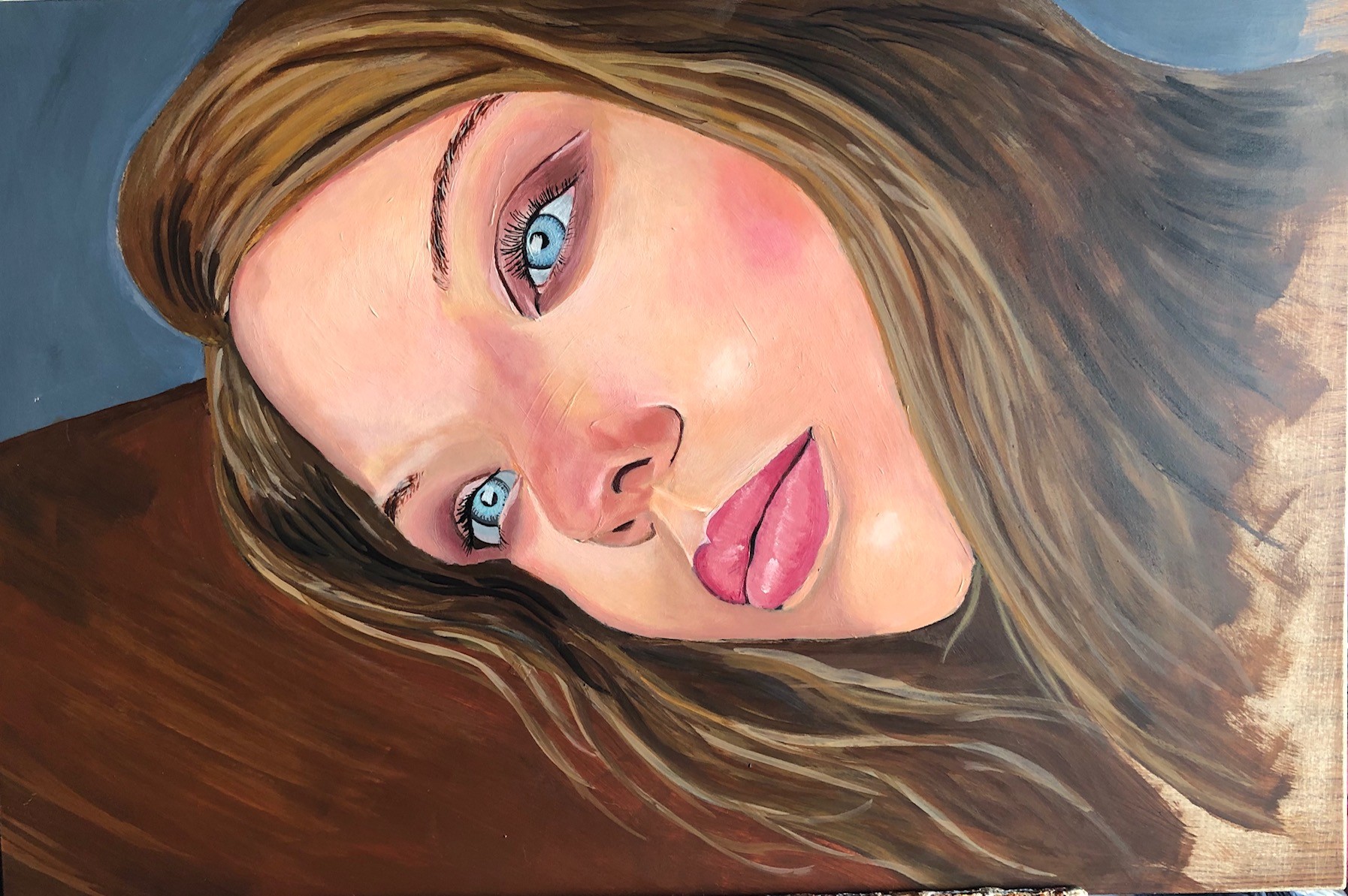 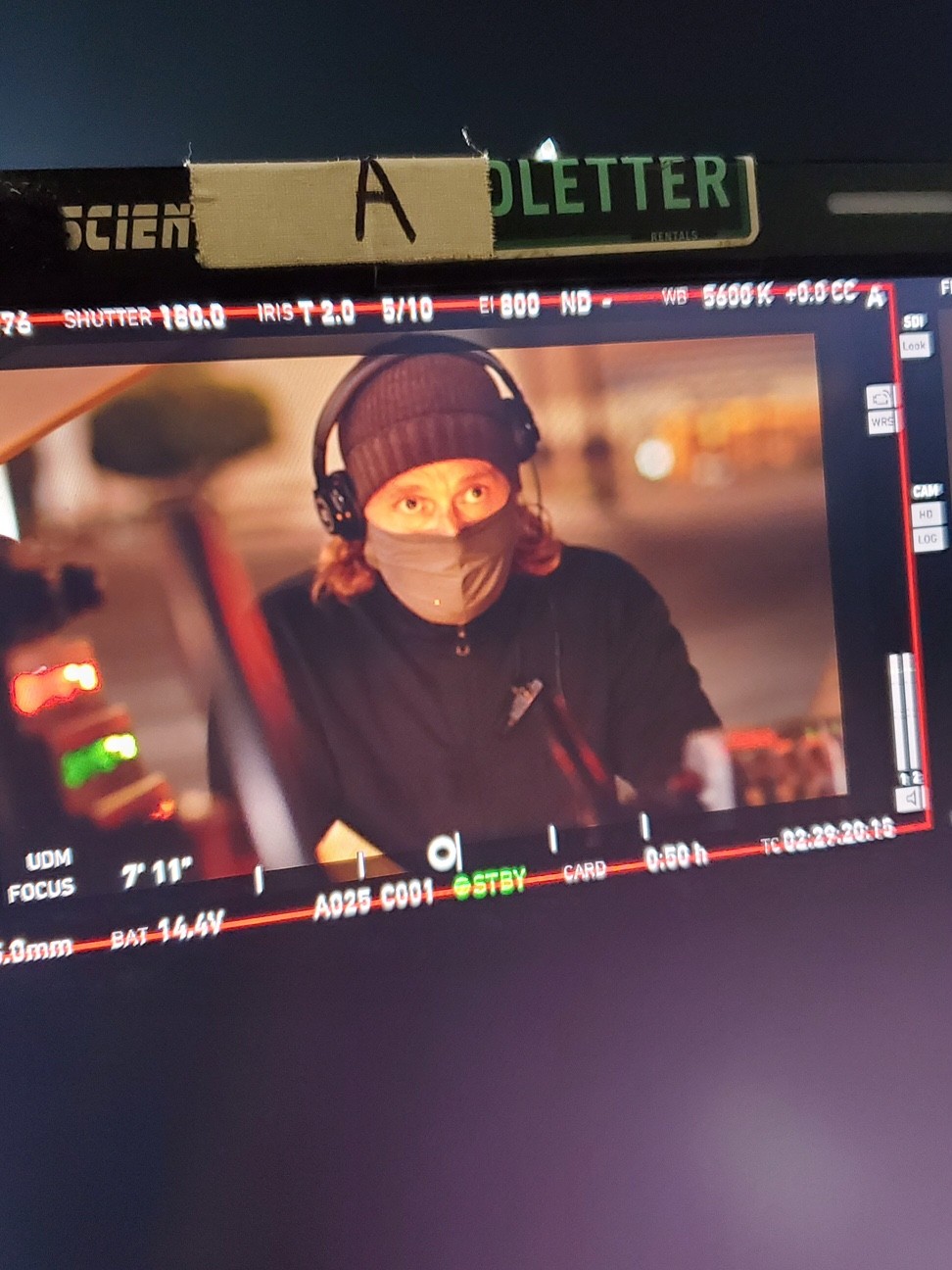