Life and Work with Disco Shrine 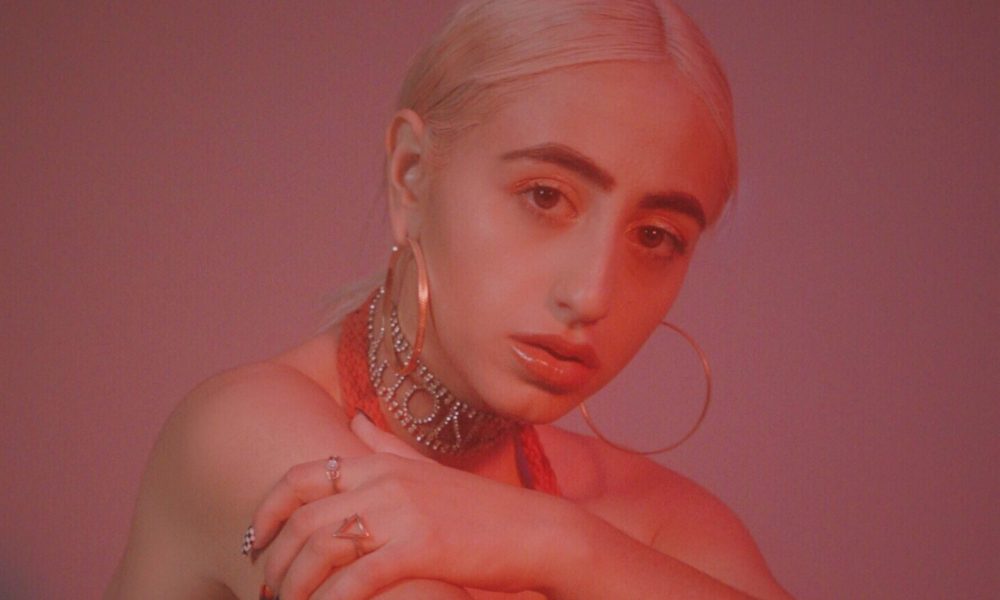 Today we’d like to introduce you to Disco Shrine.

So, before we jump into specific questions about the business, why don’t you give us some details about you and your story.
I’ve always been a lover of music whether it was in the form of me singing along to songs on the radio as a kid, working at music festivals as a teenager, learning to write music myself, or starting Disco Shrine. My roots have definitely always been behind the scenes, working at various concerts and music festivals, while keeping my music something private and for myself. It wasn’t until I graduated from UCLA a few years ago that I came at a crossroads. I could do the predictable thing and get a 9-5 like everyone else, or I could take a chance on myself and do what I knew I was meant to do. That’s when Disco Shrine started, and I haven’t looked back ever since. It’s been an amazing journey with little triumphs every day. Finding my voice was one of the biggest triumphs and one I personified through my first single of this year “Up In The Air”. It’s inspired by my parents immigrating to America after the Iranian Revolution. The amount of support I received from other immigrants who appreciated me telling my story was inspiring. It made me realize that my story is bigger than me! It’s a complicated dynamic, being a child of an immigrant, but one that a lot of people can relate to. Everyday is my next single, and it’s the follow up to that single. It says “Alright, now you’re in America. You have all these opportunities in front of you. You better take advantage of them.” My new single Everyday comes out on Nov 9th.

Everyday is the follow up to my last single, Up In The Air, which was inspired by my parents immigrating to America after the Iranian Revolution in the hopes that they could give my family a better future. Everyday is all about seizing that opportunity and not taking it for granted.

The sentiment of the chorus is “Everyday I’m on my own”. However, it’s not meant to be a melancholy sentiment, but one that represents the hard work that goes into achieving your dreams. Because at the end of the day, the only person that’s going to get you to where you want to go is yourself.

Austin based rapper, Omenihu, also just left his home behind in pursuit of his dreams in LA. So, it made for the perfect collaboration. This track was also co-produced by Pink Skies, who just produced a few tracks on 6lack’s latest album, and we’re releasing it through Empire.

We’re always bombarded by how great it is to pursue your passion, etc. – but we’ve spoken with enough people to know that it’s not always easy. Overall, would you say things have been easy for you?
It’s never a smooth road when you’re going after something you love. There have definitely been a lot of obstacles along the way, and I’m sure there will be a million more, but the best thing you can do is stay resilient, work your butt off, and turn your dreams into a reality. At the end of the day, where your life goes is up to you.

So, as you know, we’re impressed with Disco Shrine – tell our readers more, for example, what you’re most proud of as a company and what sets you apart from others.
Disco Shrine is my electronic pop act based in LA which blends high energy electronic beats and sensual melodies. I recently released a new single through French Label Kitsune which was a collaboration with the NBA. The single has hit charts in Spain, Sweden, and Greece and has been featured by the likes of Earmilk, The 405, and Nakid Magazine. I have been touring and traveling the last few months playing both live shows as well as DJ Sets. I recently sold out my single release show in LA which took place at School Night and had over 300+ people. I’ve also performed at major venues across the U.S. including Baby’s All Right (NYC), Le Bain at The Standard (NYC), The Echo (LA), The Troubadour (LA), The Black Cat (D.C.), Subterranean (Chicago), Middle East (Boston), Chop Suey (Seattle), Mezzanine (San Francisco), Rickshaw Stop (San Francisco) etc…

You can also check out my latest music video, which takes a look into the lives of immigrants and first-generation Americans, something that isn’t really talked about a lot in pop music and is something I wanted to personify, being a first generation Persian American myself.

Often it feels as if the media, by and large, is only focused on the obstacles faced by women, but we feel it’s important to also look for the opportunities. In your view, are there opportunities that you see that women are particularly well positioned for?
It’s always a challenge being a woman in the music industry because it’s still so male driven and the power dynamics are very real. However, there are so many badass women right now not only killing it for themselves but also supporting other women as well. It’s an inspiring thing I see happening right now. 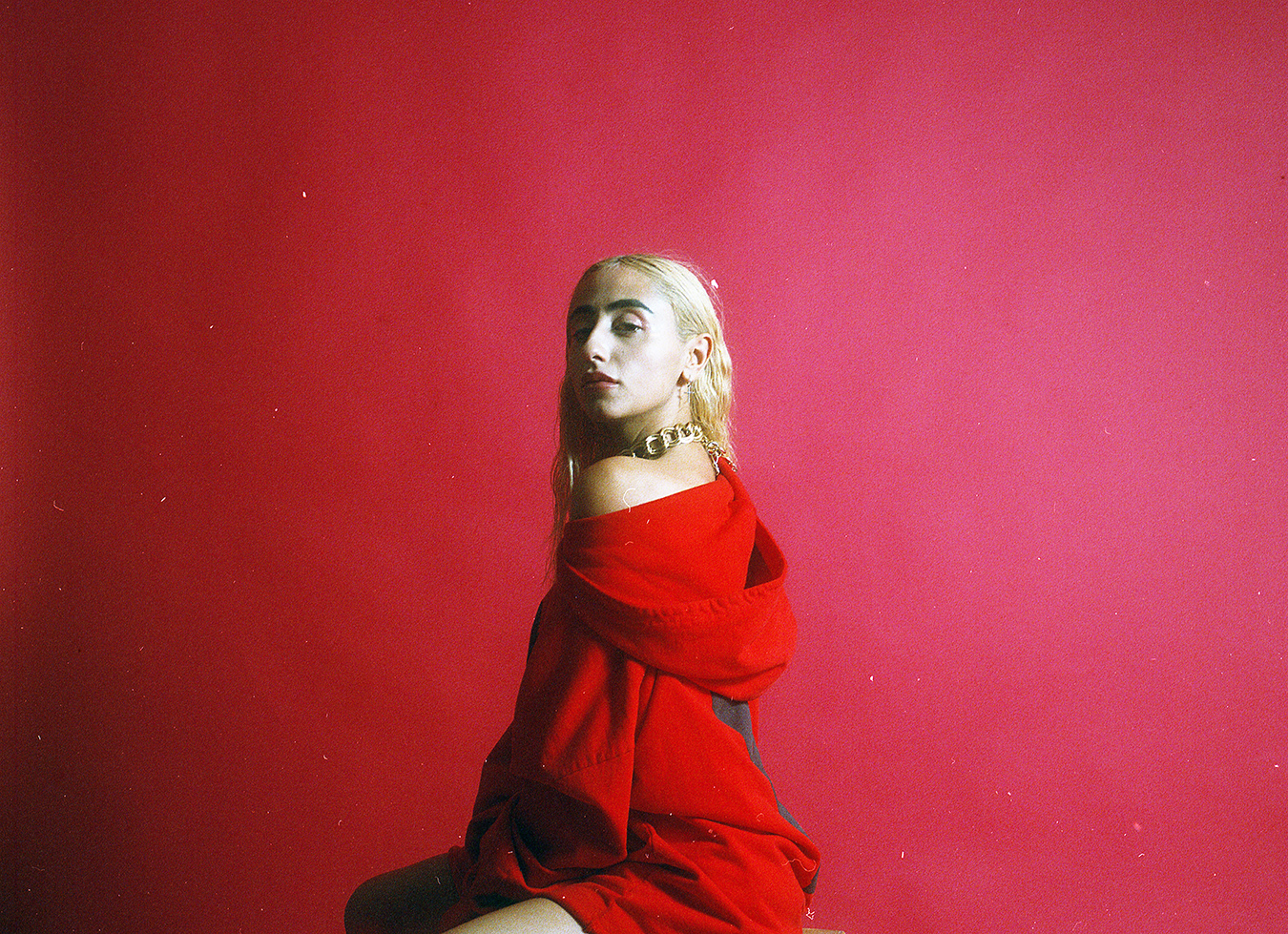 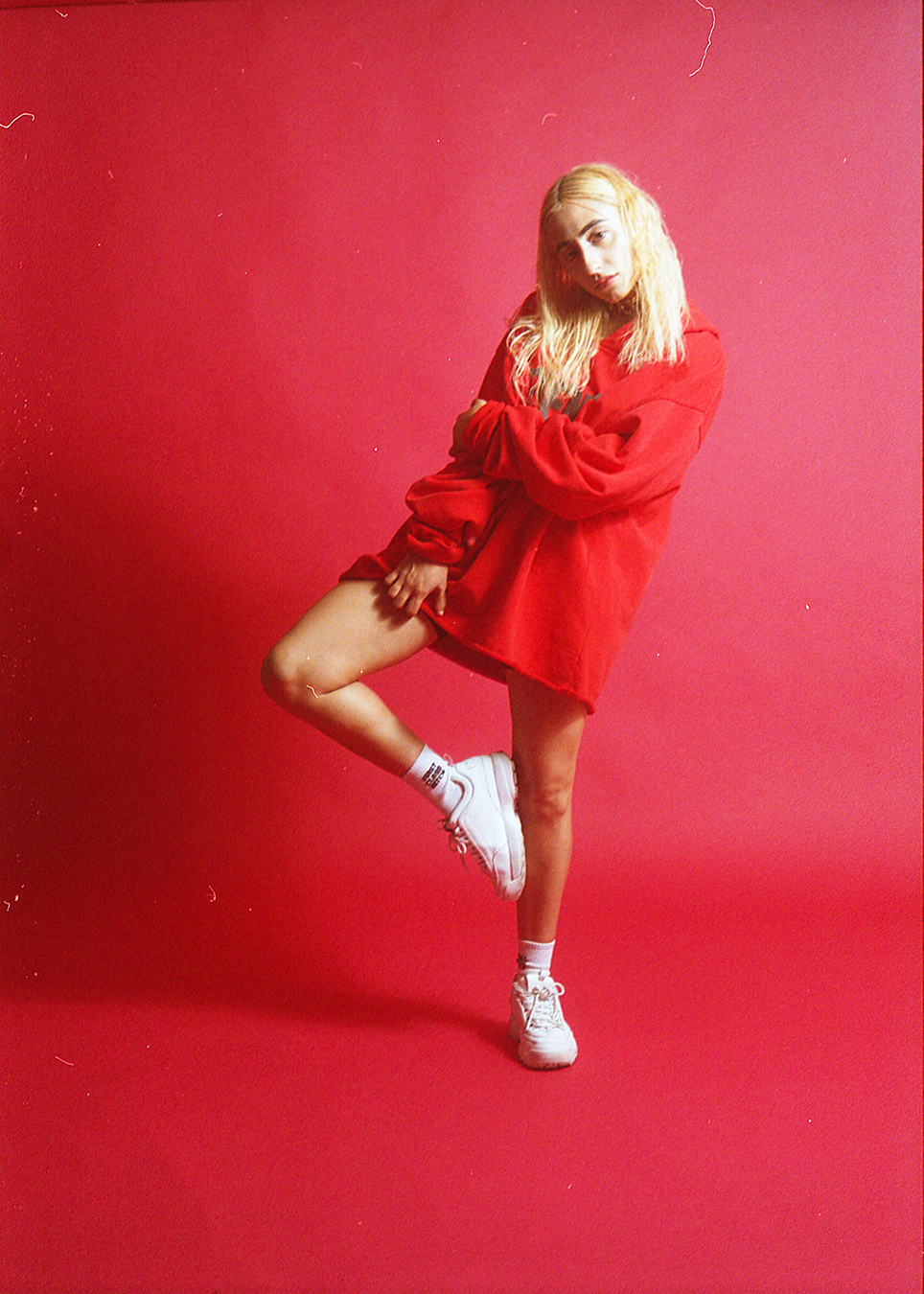 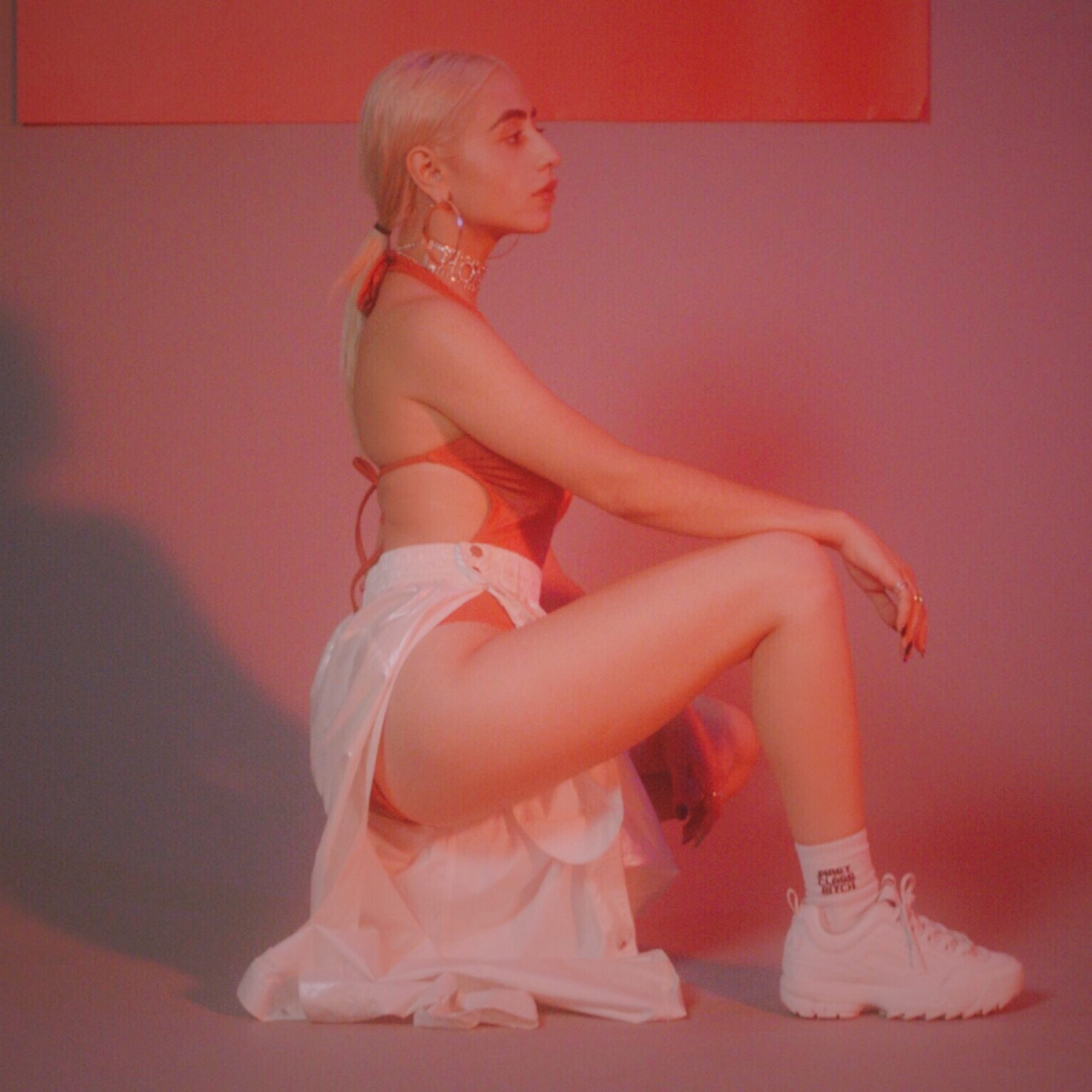 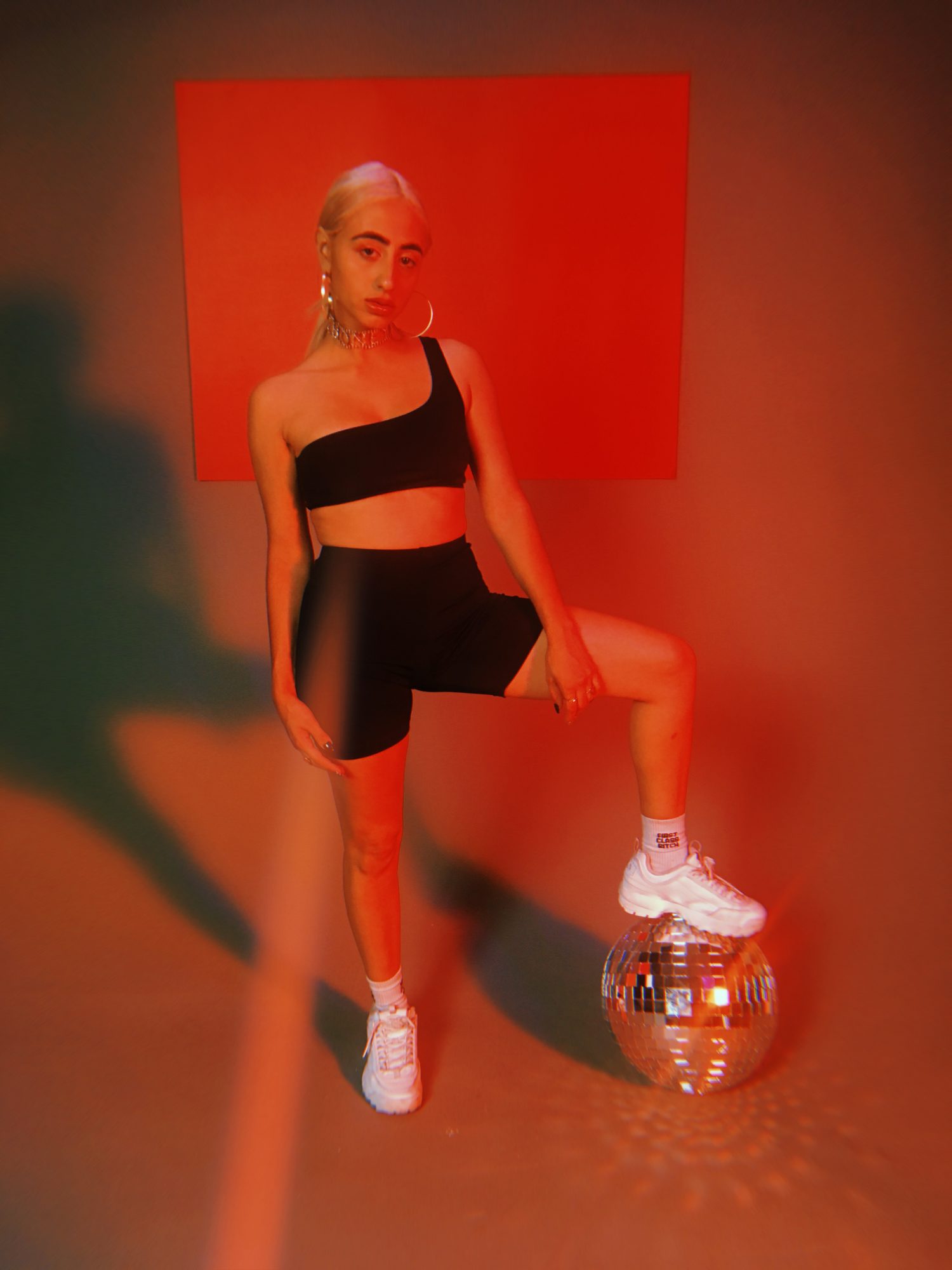 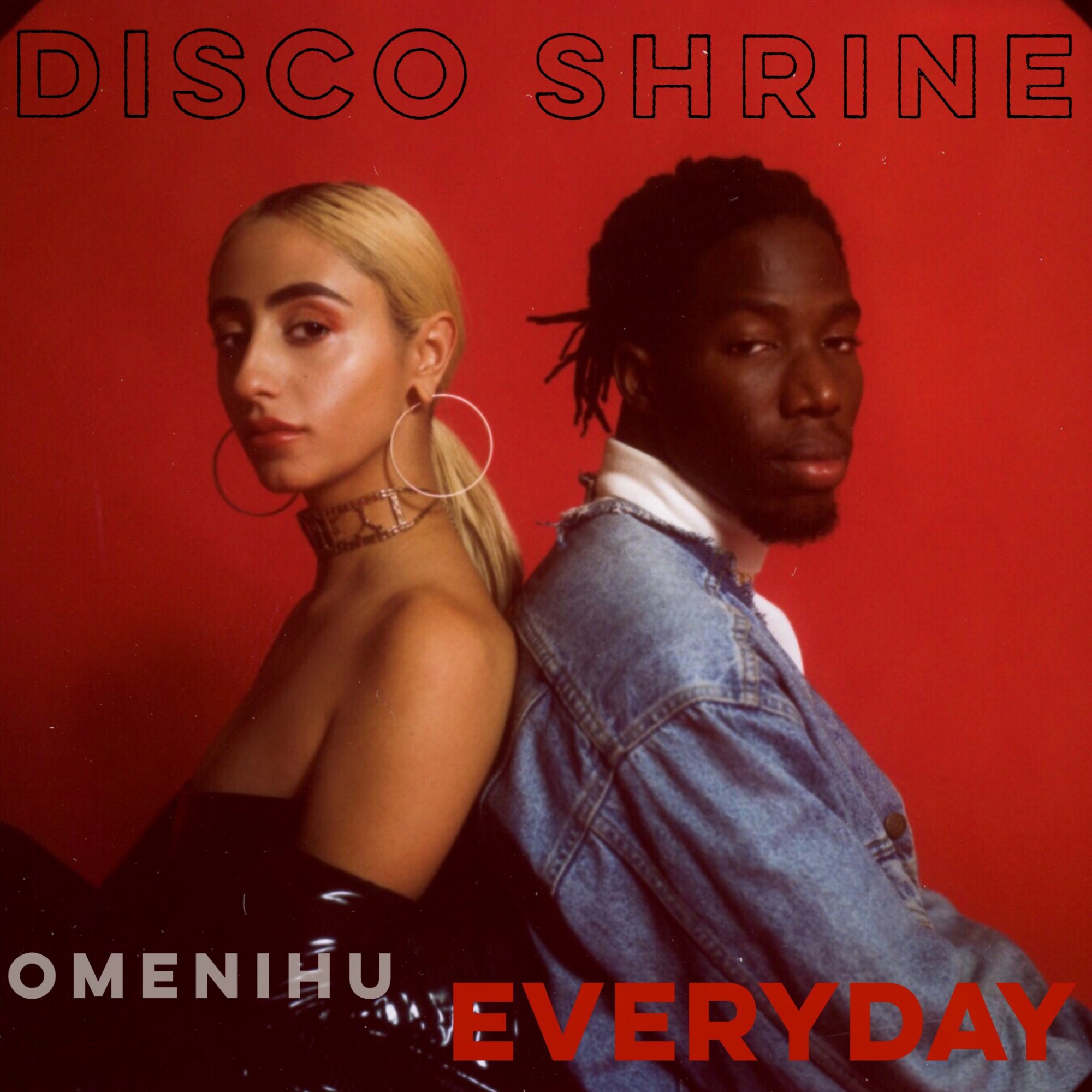 Image Credit:
Lance Williams for the Red Photos in the studio w/ the red sweater. Andrew Butte for the disco ball and the ones of me in the tank top with the honey necklace.