Inspiring Stories from the OC 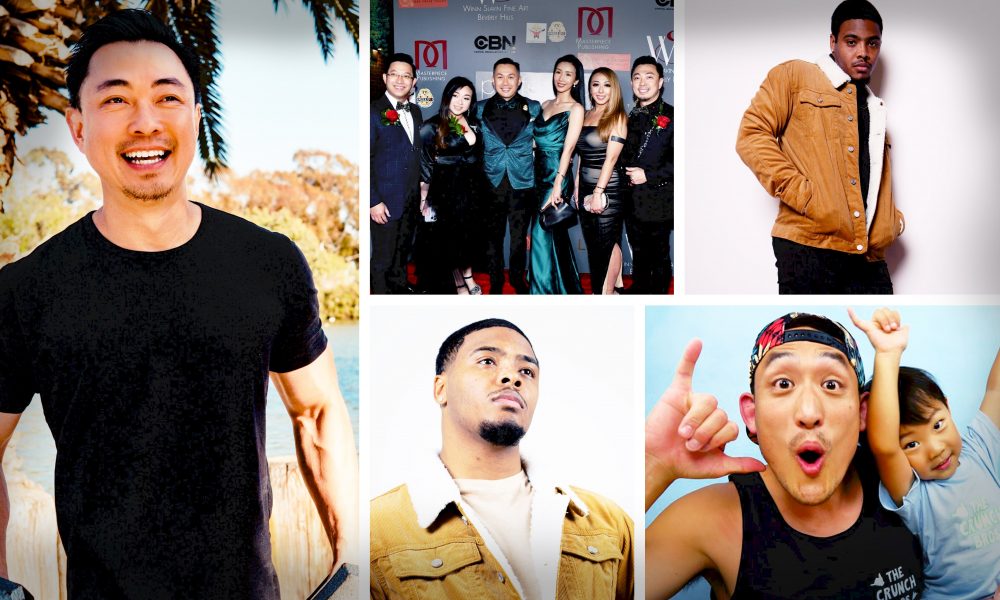 The heart of our mission at VoyageLA is to find the amazing souls that breathe life into our city. In the recent weeks we’ve had the privilege to connect with some of Orange County’s finest artists, creatives, entrepreneurs and rabble rousers and we can’t begin to express how impressed we are with our city’s incredibly deep talent pool.  Check out the Orange County’s rising stars below. 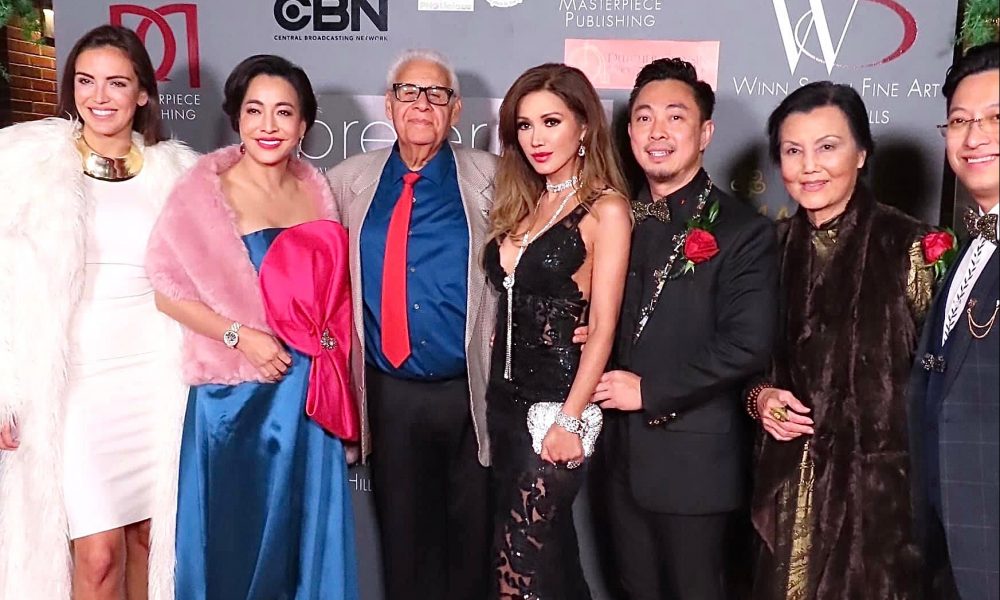 My family is up north in Sacramento-Stockton-San Jose area, and that’s where I grew up. I have always been very active and involved, even when I was a little kid. In 3rd grade, I remember I ran for Vice President and my slogan was “Don’t be a cow, vote for Bao.” My name is Jonathan Bao Gia Huynh but because “Gia Bao” means the treasure of the Huynh’s family, I’ve been proud and has been using it. Since I’ve always been active and held many important positions: such as President of National Honor Society, Physics Club, Speech and Debate, Co-editor of Yearbook, and so much more during high school. I originally moved down to southern CA for school. I graduated from the University of California, Los Angeles and earned the Chancellor’s Award. My majors were Biochemistry and Business Economics. I was elected as the first Vietnamese Student Union (VSU) President after the merger of Vietnamese Reaching Out to Aid the Community (VRAC) and the Vietnamese Student Association (VSA). Read more>> 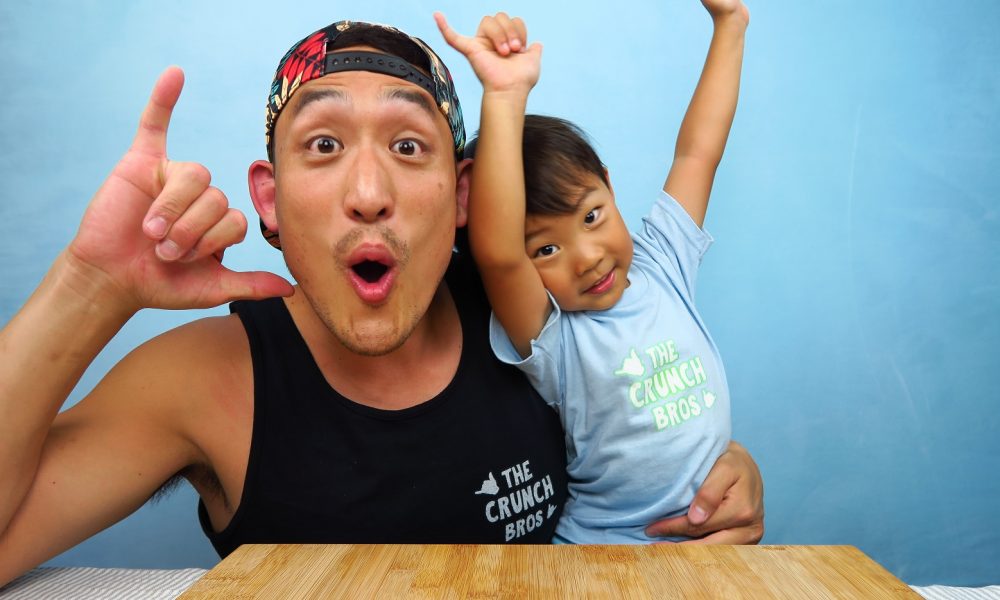 In May of last year, my wife suggested my son Jordan and I start a mukbang channel and call it, The CrunchBros. We thought it would be a great way to stay connected with our friends and family around the world. Little did we think it would take off like it did. It’s been such a great experience and every day brings us something new. When we first started off, we thought that if anything, we’ll have these videos for us to look back on and keep as memories. We recently started a family channel as well (The CrunchTube) and started vlogging our adventures with the entire family. As of today, The CrunchBros are at 200k+ subscribers on YouTube, 1.5million on TikTok, and 136k on Instagram. Read more>> 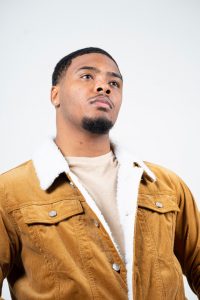 New York born and raised for 24 years. But let’s take it back to where it all started. Growing up in New York wasn’t easy with my mom moving all around New York City, from Manhattan to the Bronx, to where most of my childhood, teenage and early adulthood took place. I didn’t live in the best part of any of those boroughs hence the multiple moves until we settled down in Queens, NY when I was 8. I took to basketball very quickly moving to Queens and immediately hit a lot of roadblocks with me being the new kid on the block. Of course, not being from the neighborhood would cause tension between the other neighborhood kids because even back then I was still a go getter, a rascal, quick to stand up for myself and always looking to play basketball with older kids. You can say the typical treatment was delivered to the “New Kid on the Block”. Read more>> 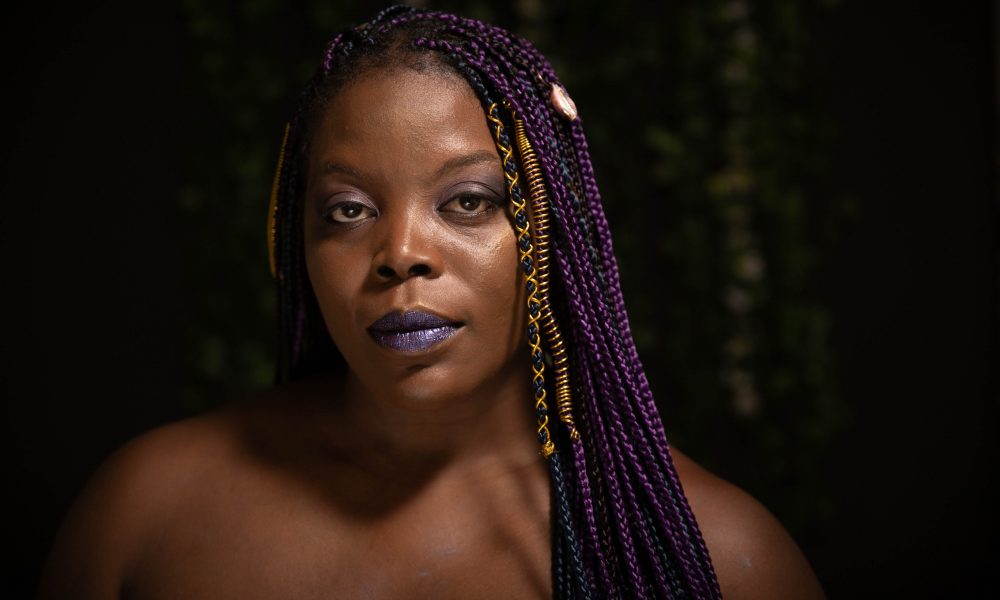 The arts has been a major part of my story. I spent most of my younger years trapped inside my head until I took creative writing. At that point, I discovered a way to express some of what was locked up on the inside of me. I took to blogging to share my poems as I got older. My a-ha moment came when I received a comment on one of my poems that basically said my words were what they were feeling but couldn’t articulate. That’s when I realized my art was bigger than making myself feel better. I always had a desire to be a positive light in the world, my creative expression is a vehicle for me to achieve this goal. Performing my poetry actually happened by accident – I was not a confident public speaker and had never read my poems out loud before. There was an event that was lacking performances and I was asked to read one of my poems and my initial answer was no, but I’m glad that I changed my mind because that sent me on this beautiful journey I’ve been traveling. Read more>> 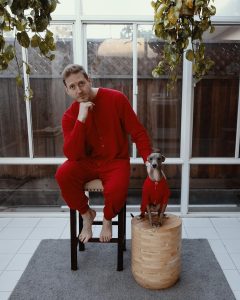 I was born in a country town in Australia called Mackay but moved to Brisbane when I was eight. I’ve always had eclectic interests; growing up, I played rugby, rowing, aussie rules and I also played the bagpipes in my school’s pipeband. After high school, I did my bachelor’s of business but never felt drawn to an office job. Read More>> 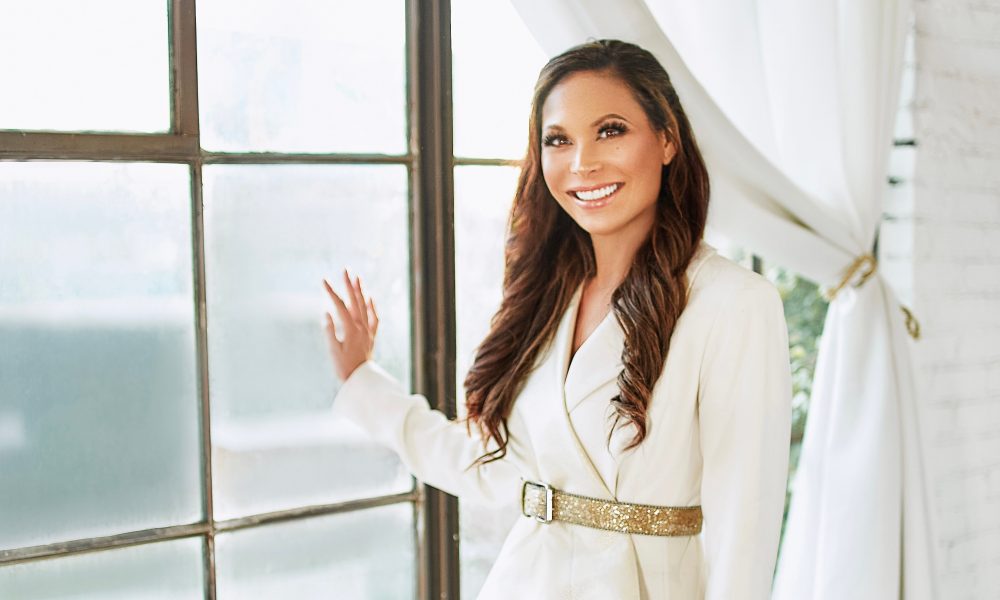 I am the founder of Radhaa Publishing House. I come from a lineage of Shamans, and storytelling is such an important part of that cycle. So, when I just got this absolute knowing that it was time to gather Starseeds to share their stories, I didn’t question it. I just knew that it was the thing to do. And I jumped right in. No advertising, just sharing. I put the call out, and to my absolute surprise, the writers emerged! It’s a gift to come together in this way, and I have a great urgency in our work. We live in a time of unprecedented changes, and I think we can all agree that it’s an unusual era. One that wisdom keepers of the past have spoken about. And I just got this absolute download to create a book series at this time that pertains to some of these changes, to the awakening process, and in bringing more communities together from around the world into the information age. Read more>> 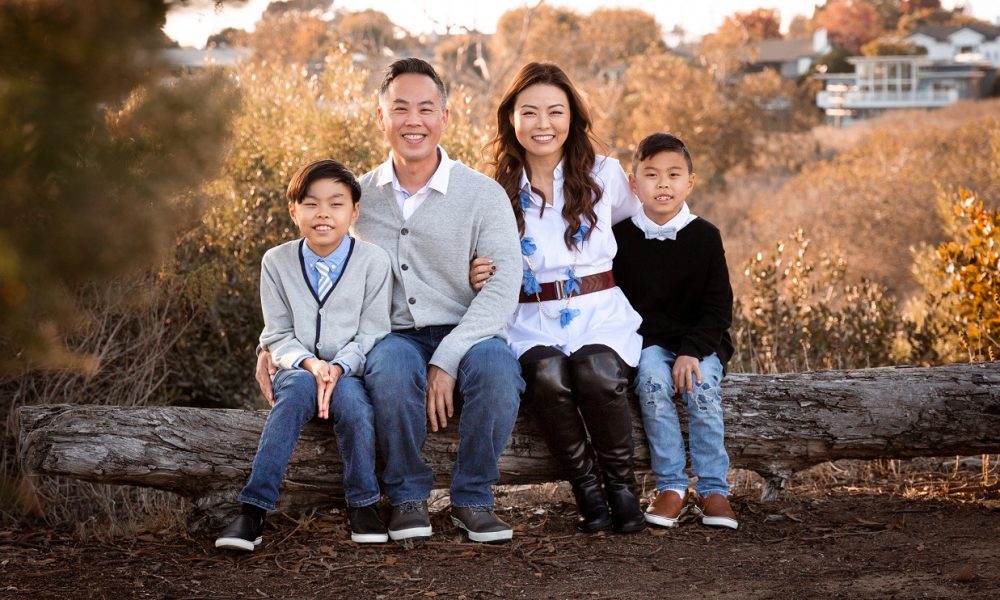 My first encounter with East Asian Medicine was back in Korea where I was born. Like a lot of Koreans, my mom had a trusty herbalist that she consulted whenever I was feeling under the weather, if something was little “off” or if I just needed a little tonic just because. My mom was always worried that I was a scrawny little kid with a bird-like appetite so she regularly forced me to drink the aromatic medicinal decoctions that tasted like dirt. Needless to say, my relationship with traditional herbal medicine had a rocky start. Then one day, everything changed. My halmoni (grandma in Korean) was diagnosed with Stage IV metastatic breast cancer when I was about nine years old. She assured us that she was not afraid of dying but rather afraid of withering away on a hospital bed with the side-effects of chemo and radiation and not being able to enjoy her last moments with us. So she opted to forgo those treatments and protect her quality of life with traditional Chinese medicine. It wasn’t all sunshine and rainbows for those last months of her life. Read more>> 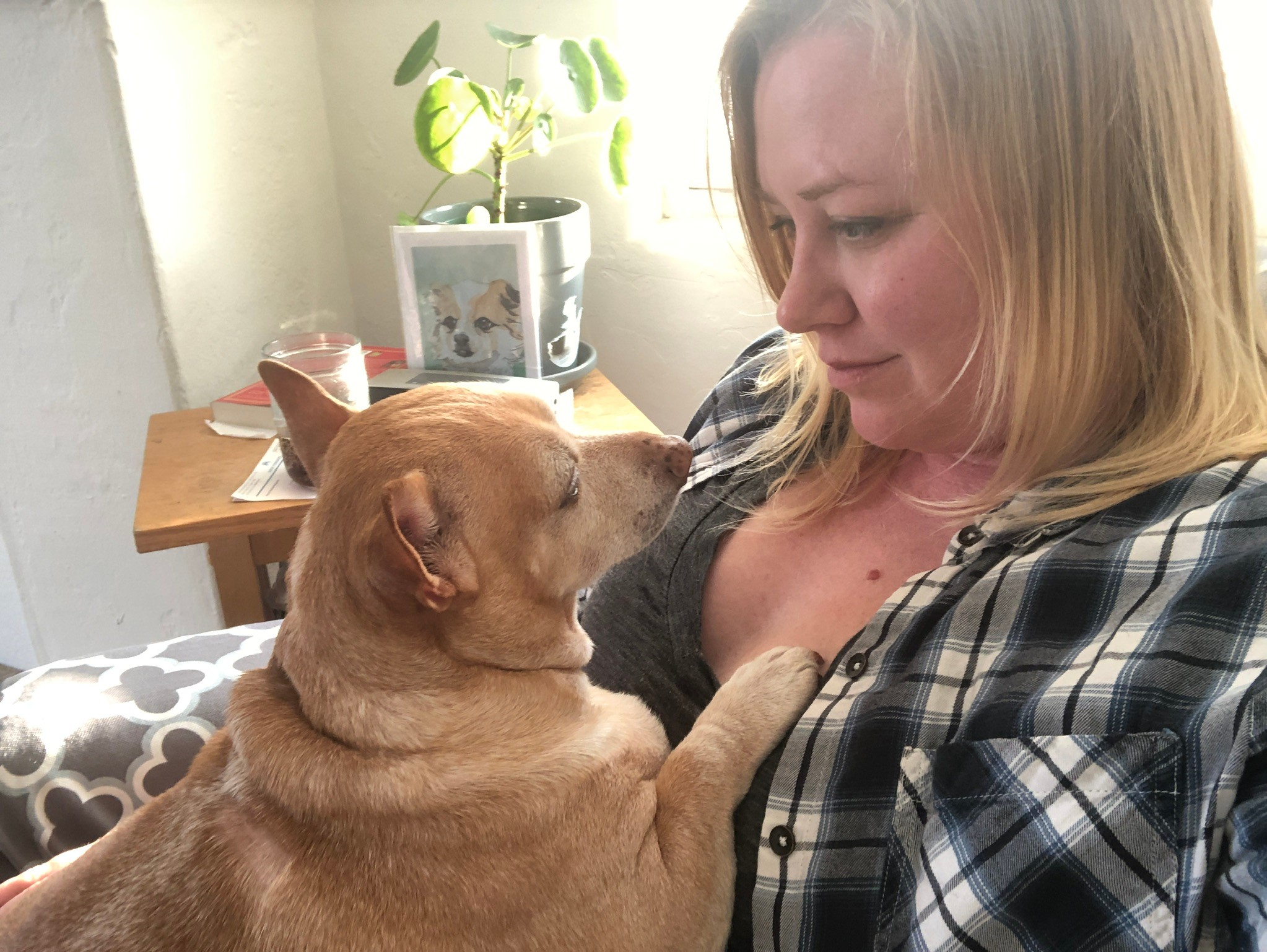 Art has been a refuge for me since I was a little girl. Over time I developed the patience and skills to make it to where I am now. Read more>> 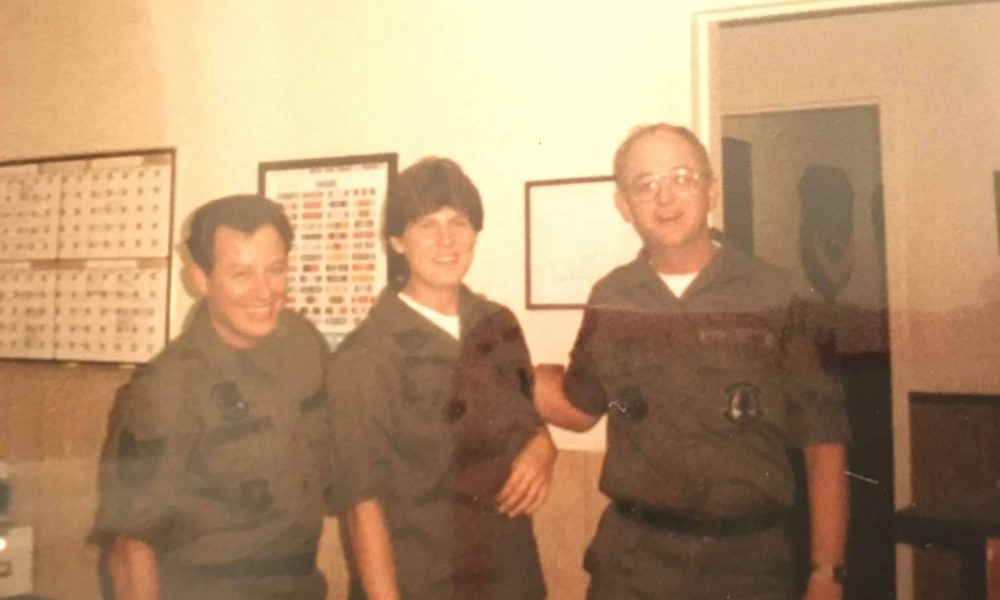 I am a 10-year Air Force veteran who was stationed in Southern California as well as Northern California. I grew up in the state of New Mexico as the middle child of seven. While growing up, I loved to draw, so I spent most of my time creating artwork. I come from a family of military service members. My dad was a retired Army General, my late brother served in the Army, younger brother in the Air Force and now my son has served in the Air Force for 15 years. I got out of the military in January 1994 and did not identify as even being a veteran until 2013. During the military, I worked in the publication distribution office where I wrote, cataloged and distributed military publications. After I got out of the military through 2013, I worked my way up to being an art director for not one but for two major publishers in less than a year after leaving the military. I was art director for On Track Magazine, a racing magazine and then I went on to become the art director for KC Publications: The Story Behind the Scenery (KCP). Read more>> 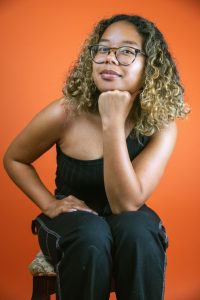 The earliest origins of my career today lead back to middle school when Tumblr was at its peak. It was the first time I experienced other people’s art and design up close and personally, and it inspired me to create my own. My preferred medium at the time was digital edits of my favorite TV show characters made via Photoshop or Final Cut Pro, both of which I’d pirated and taught myself at the age of 12. Throughout high school, I slowly began to explore my artistry by designing t-shirts for school events and taking art and photojournalism classes. Right after high school, I went to the Vans US Open of Surfing, and I was so pumped about the event that I went home and did a few surf art illustrations on Adobe Illustrator. Those doodles turned into my first t-shirt designs, and thus was the birth of Designed by Shyne circa August 2019. Read more>> 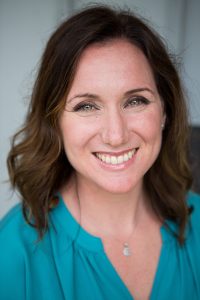 From the time I was very little, I had experiences with energy – feeling, seeing and hearing things; receiving guidance & intuitive information about and/or for others. I was fascinated with astrology and loved angels. But, enough happened that I didn’t understand and it began to scare me as I got a bit older, so I shut it down. Begged for it to stop. I would look back into things off and on into early adulthood (even my bridesmaids were called angels). But, it wasn’t until I had my first child that things around me really picked up. I didn’t know what to do with the vibe in our home. I felt really out of control and overwhelmed (sleep deprivation wasn’t helping!)… Seeking help aka venting to my childhood bestie, I shared about what was going on and she told me about her experience receiving a Reiki energy healing. Pretty much instantly, I knew I HAD to try it, even though I knew nothing about it. I scheduled a healing session as quickly as I could get one. Read more>> 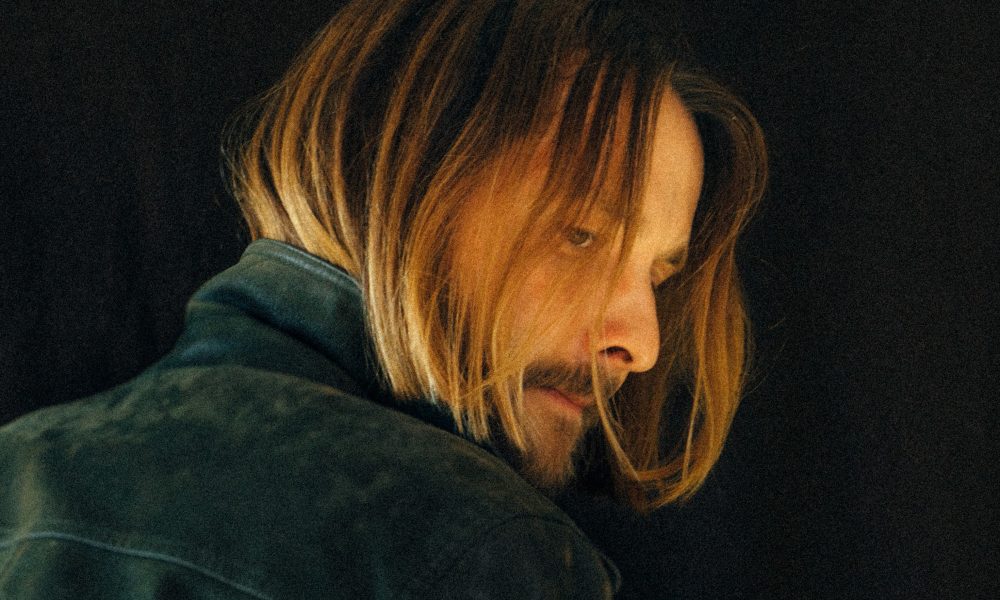 I’m an artist, songwriter, and producer from Orange County California, by way of Los Angeles. I was born in Southbridge, Massachusetts, and grew up there in an old schoolhouse that my parents renovated. I grew up with a love of the woods, spending my time exploring and building forts in the forest behind my home. When I was ten, my family slowly moved across the country in a camper, eventually landing in San Jacinto, California. This was a very informative part of my life living in several states, which allowed me to meet different types of people and see all the beauty that America has to offer. Once we moved to California, I spent much of my time skating, making art, and writing music. When I was 16, I started my own media production company and have been working in the creative industry ever since. I’ve always had a passion for combining music and art in a story-driven way, taking inspiration from my hero’s like Kanye, Bob Dylan, and Phil Collins. Read more>> 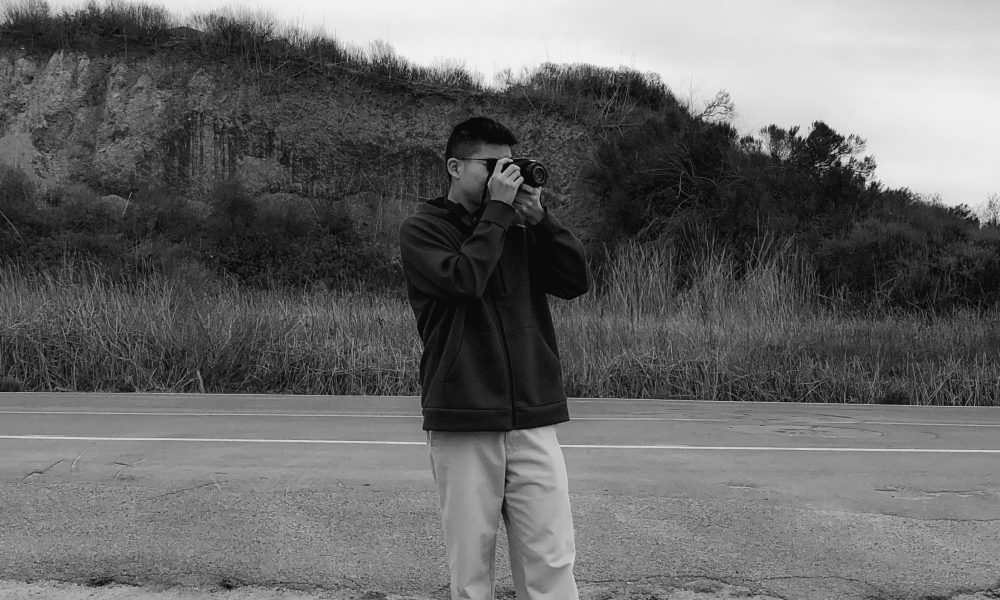 I began creating black and white short films in junior high. The work screened at national film competitions, prompting me to continue exploring the endless possibilities offered by visual art. Upon entering high school, I gradually transitioned into photography with a focus on telling empowering narratives about individuals of color and marginalized communities. My work received international recognition from 30+ competitions & publications, including The New York Times (publication digitally + in first print section dedicated to teen art), the Sony World Photography Awards, Vogue Italia’s PhotoVogue, Fujifilm, the University of Cambridge, the Norton Anthology, and the Scholastic Art & Writing Awards. Read more>>