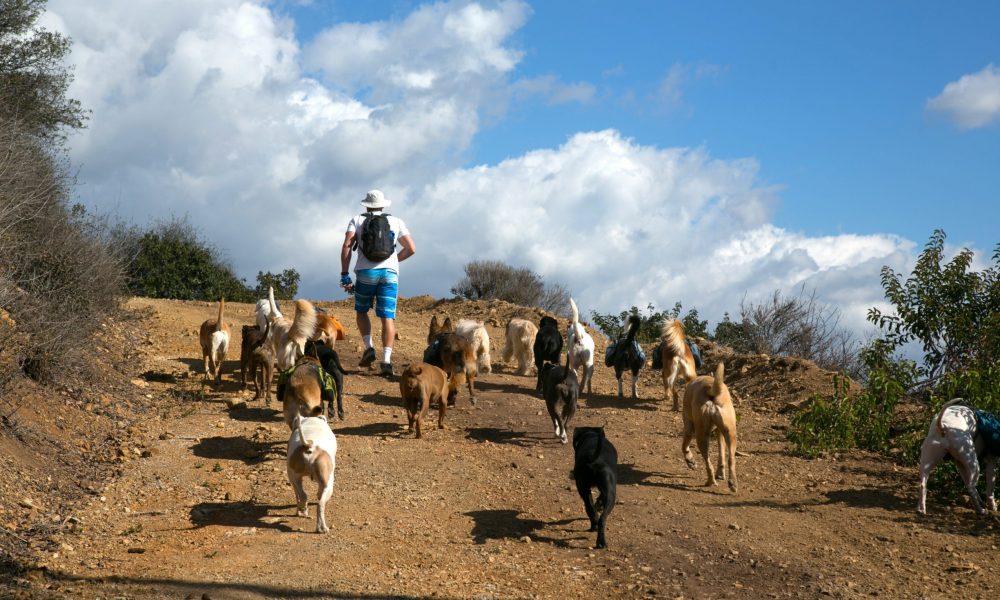 Hi Colin, so excited to have you on the platform. So before we get into questions about your work-life, maybe you can bring our readers up to speed on your story and how you got to where you are today?
So, I’m in LA native — growing up in the Pacific Palisades, going to Marquez elementary, Paul Revere middle school, and Loyola high school. I was always very extroverted, a pack animal, I would say, and my inclination once getting into school was to run with a group of friends and somewhat raise each other — instead of looking to adults for guidance, I would look to the big kids. So, I’ve always had an attraction and an affinity to the “pack mentality.”

Since I can remember, I’ve always been attracted to animals also, and later, National Geographic, nature shows, wild documentaries, etc. When Cesar Milan’s “The Dog Whisperer” came out, I quickly became hooked. What Cesar was teaching seemed so intuitive and like home to me, and I began applying everything I was watching to the three dogs I was raising at the time (including Layla, who has been by my side through my entire journey and is still with me!) I considered starting a dog hiking business while at school but figured it would be best to get back into Los Angeles before starting something long-term.

In 2009 I graduated and was quickly thrust into the reality that I knew basically nothing about the real world, there was no one there to guide me or help me, and we were in very difficult economic times, which I had not cared to understand before it became relevant to my life. I hit a very low point, as many people do at certain crossroads in life, and I was doing some serious soul-searching. Whenever I would get quiet, and I would force myself to look at my life, to plan, etc. the idea of starting a dog hiking company would pop into my mind. I pushed it aside at least several times to pursue a “real career,” but I eventually decided that I would try it, and if I failed, put it on my résumé as an entrepreneurial venture that I had learned from. First, it was very exciting, and then very difficult, as the reality of the grind set in, and thinking that I knew it all, I decided to take the difficult route and learn things by trial and error. I don’t think I would’ve changed that if I could go back. I wanted to learn the truth of running a business and the truth of how to work with dogs, and I think mentors can help you avoid some big mistakes or point you in a certain direction at times, but a lot of it I believe has to be walked by the student in order to truly know.

I will add something I think is important, that was a pivot in my personal life outlook and the way I would like to run the business. I reached another one of those very low points, where I felt that, in order to get to the next level, all of the strength and armor that I had accumulated over my life, that I thought would allow me to get where I wanted to go, I had to put all that down. I had to have courage, as opposed to strength, and sometimes, the biggest battles someone fights look on the surface like they are nothing, and I realized how many silent battles people fight on a daily basis, those are the true heroes’ journeys I think. The true pathway, the true door to where I wanted to go was a small trap door, it was underwater (metaphorically speaking) in the scariest place I could think of, and none of my armor would fit, and if I were to go, I would have to let go of all or most of the BS personality traits I had accumulated. I had to face some serious questions, and I tried, to the extent of my courage and strength to go as deep as I could without reaching a point so low that I wouldn’t be able to get back out (which is a very scary place, and people get stuck there,) and I basically concluded that using the advantages I’ve been given in my life, as well as growing the natural attributes I was born with, to give as much as I can back to the world/God would be the best way for me to have no regrets in my life. I used to be very focused on strength and hierarchy, the pack mentality, and those things. After this recent period of soul-searching, which lasted a few years, I become much more aware of trauma, and the importance of courage, as opposed to strength, and I realized how many dogs, as well as people, need healing. Strength is still extremely important I think, but my mind has been opened up to things that I used to ignore, and my goal now is to help as many dogs and people as possible and to live a life focused on good. I believe there is an element of animalistic darkness in everything, and while I acknowledge the need to understand strength, dominance, power, the games of the dogs and world, etc., my goal is to use my understanding of those things for good.

So, with that said, my new goal is basically to spend a life of light, helping people, and doing good, not to say that there is all of the sudden no danger or darkness in the world, I will be aware of that, but it almost makes the light even brighter. I’ve heard it said — “You do not on your life, God does,” and that has stuck with me. No one could force me to believe that, but choosing to live by that is something that has opened my world up to my next chapter.

I’m sure you wouldn’t say it’s been obstacle free, but so far would you say the journey have been a fairly smooth road?
I have many obstacles and challenges, I don’t think I can get it all in here, from vans breaking down for months and months at a time, costing me thousands of dollars, being in $70,000 of debt, dogs getting into very, very serious fights over and over, losing dogs overnight, (that were found, and now I have GPS collars!), and the list could go on. Luckily, I have found solutions to almost all of those problems now, and things go very smoothly, for the most part. I suppose that’s who I always wanted to be – someone who has learned through experience, a seasoned professional. Some of the lessons, I do think I could have learned faster – sometimes you learn a lesson until you learn the lesson – but for the most part, I think a lot of the things I know now I could not have learned without the experience and the failure/negative feedback. So, it’s all been worth it, and there’s much more to come hopefully, so please stay tuned, or follow on social media if you’re interested. Much love and thank you for reading!

Appreciate you sharing that. What should we know about Colin’s Pack?
We specialize primarily in pack hikes and solving behavioral problems. 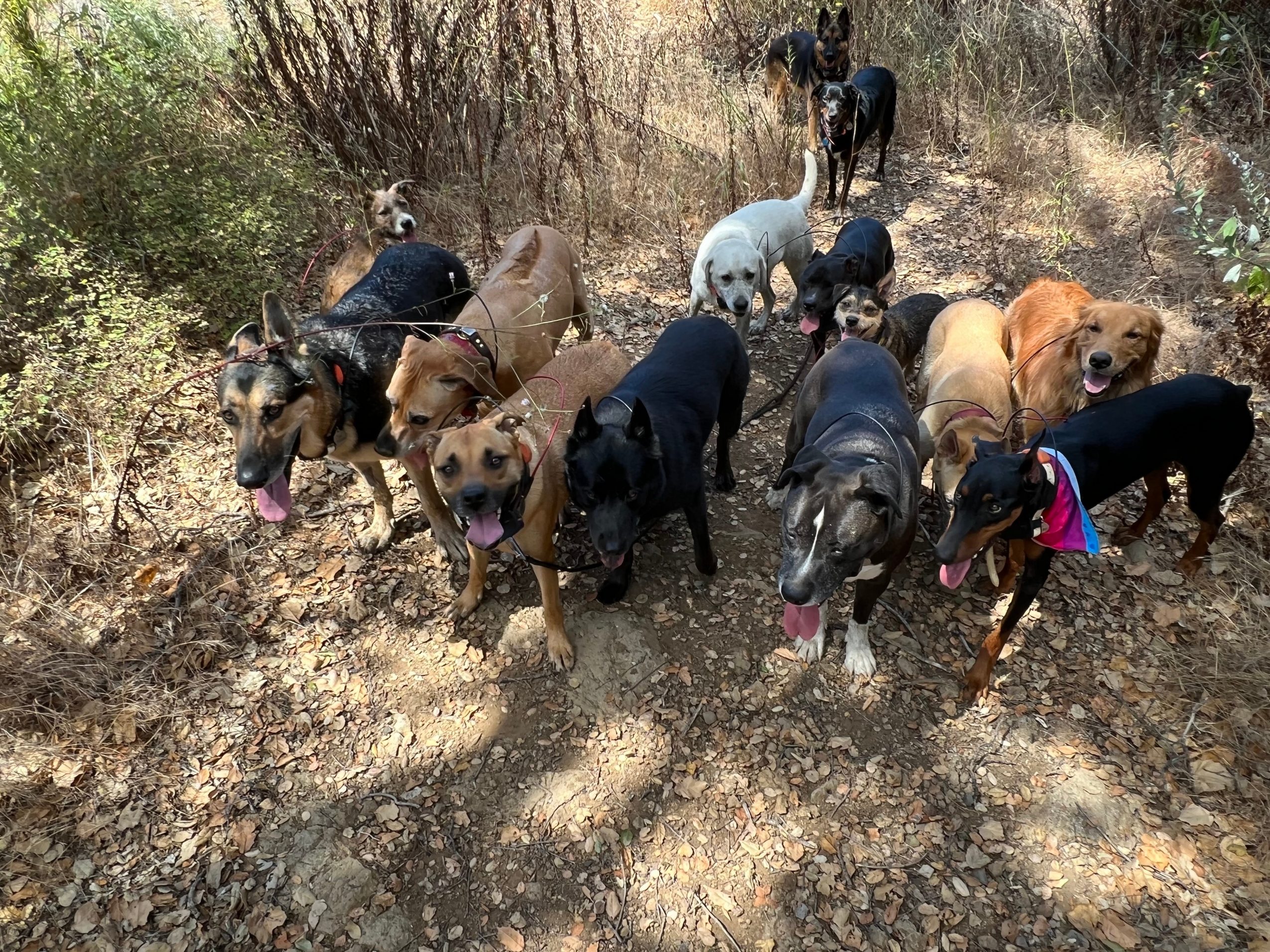 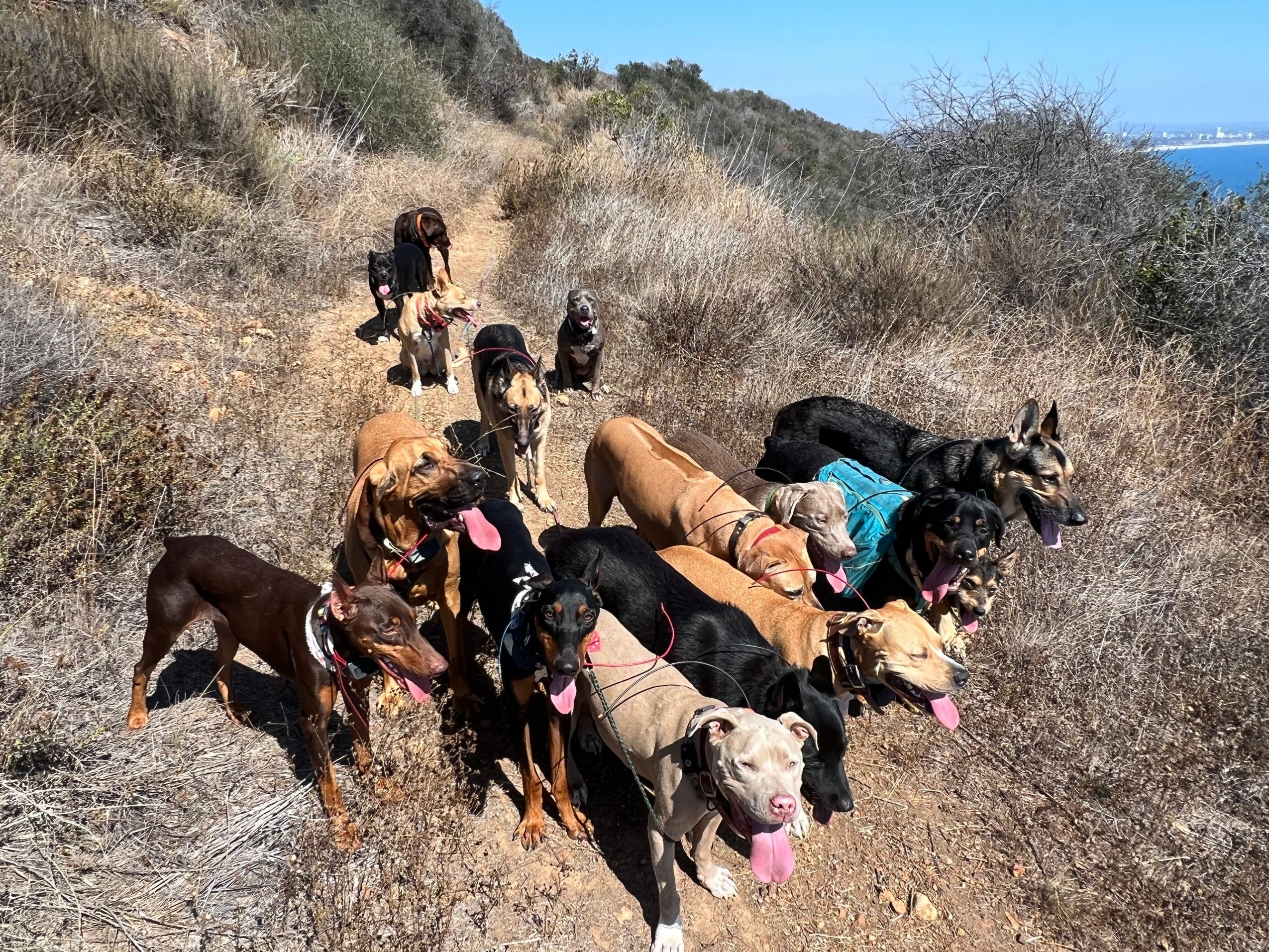 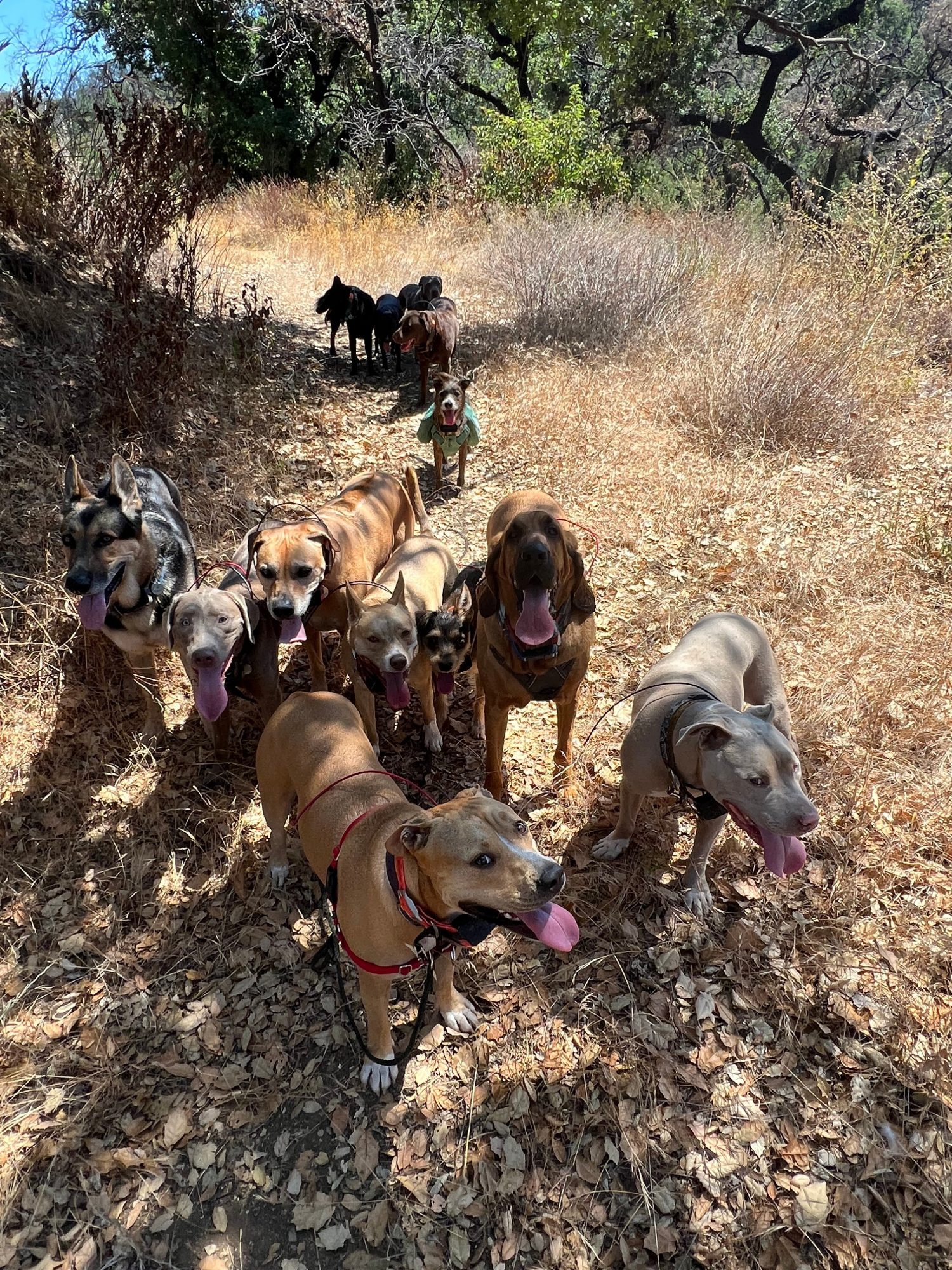 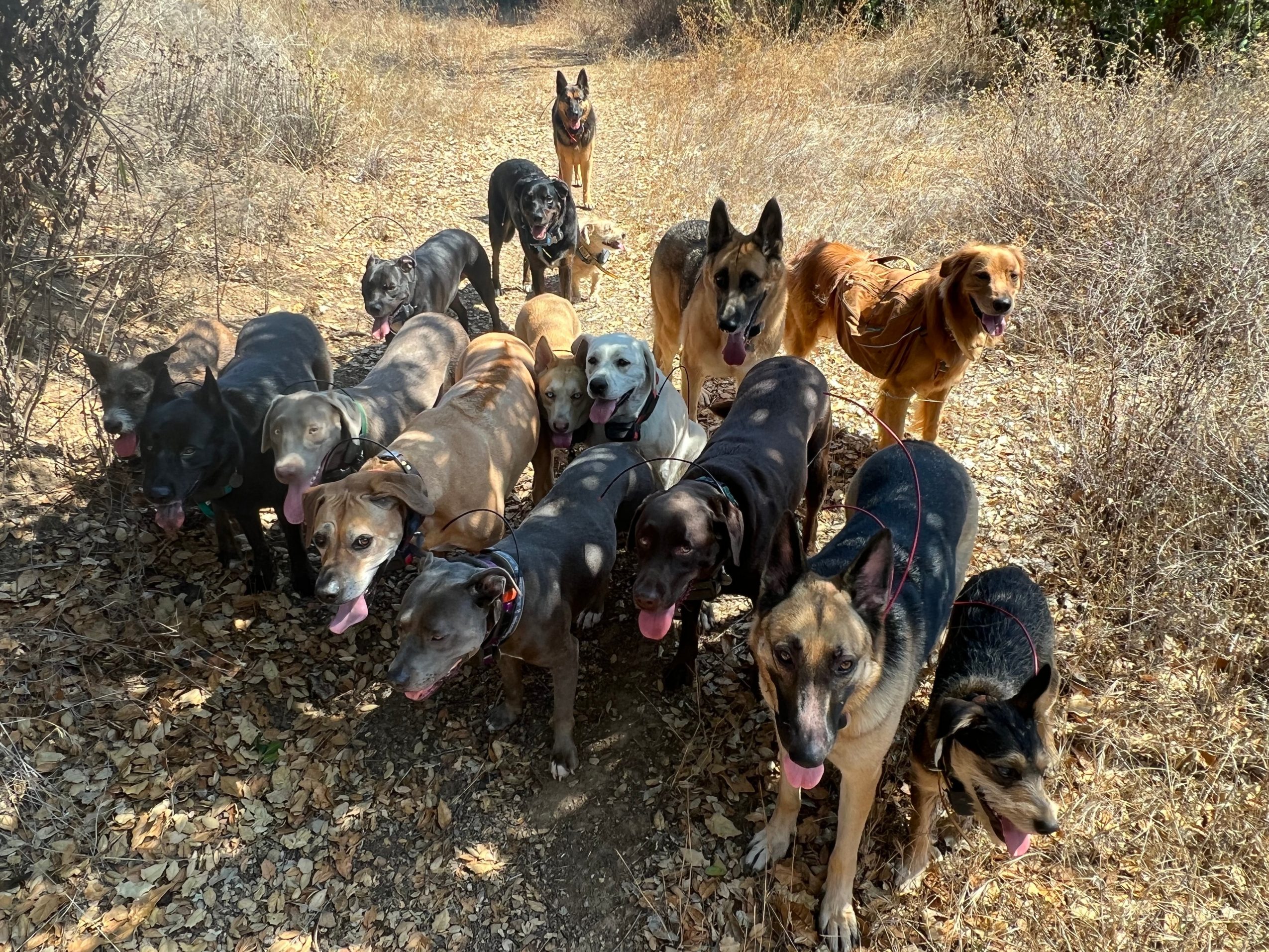 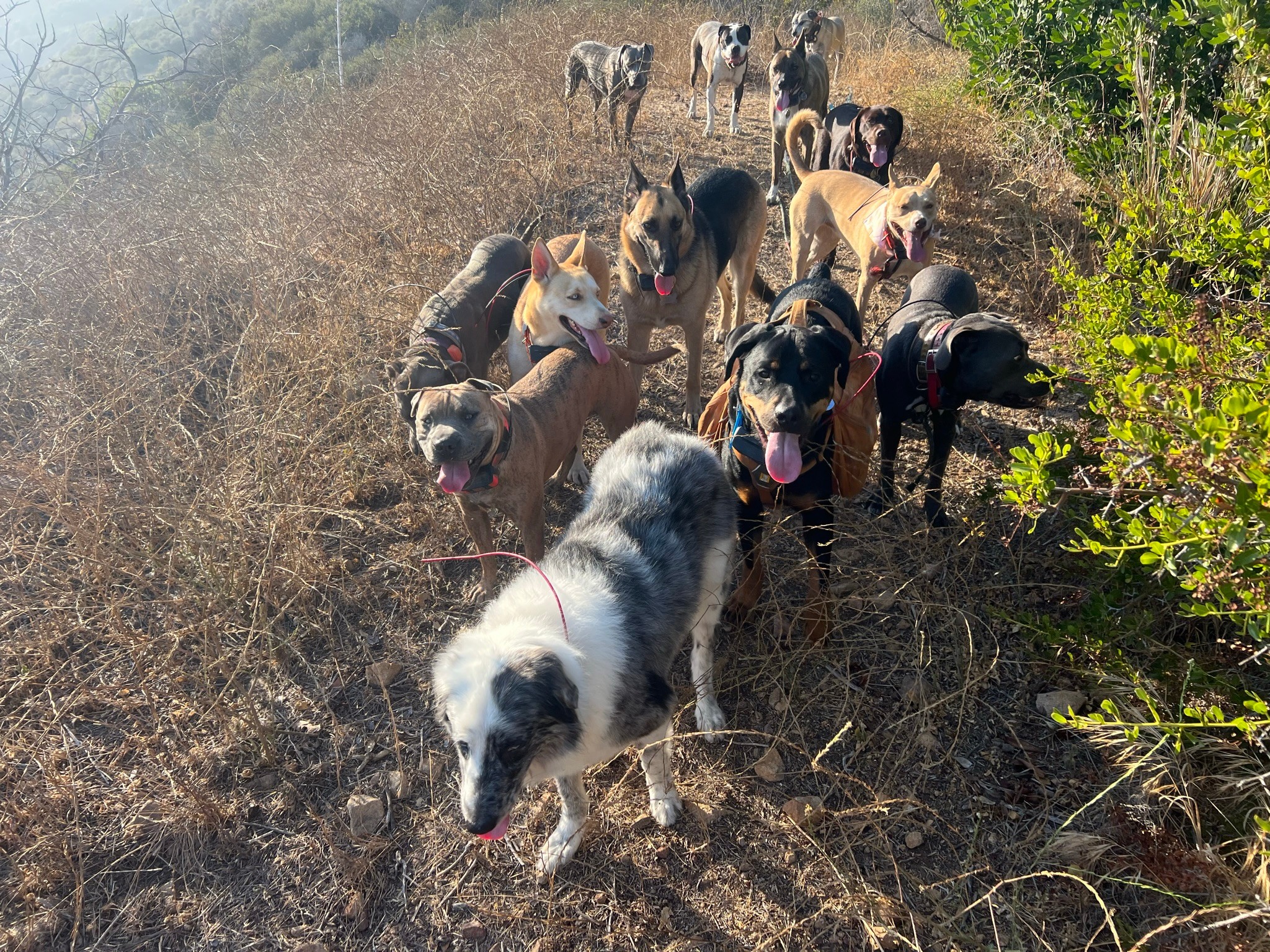