Inspiring Conversations with Gabe Gordon of Beachwood BBQ and Brewing 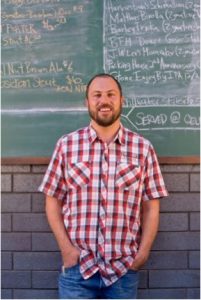 Today we’d like to introduce you to Gabe Gordon.

From humble beginnings as a nine table barbeque and craft beer bar in the beachside town of Seal Beach, Beachwood now with multiple locations across Southern California, was a pioneer in the craft beer and gastro pub movement. In a food and drink scene obsessed with what’s hyped and what’s next, Beachwood sparked a movement. Gabe Gordon, Beachwood’s owner, had a strong hand in bringing quality southern food to Southern California and spreading the word about local craft beer at a time when big macro brands dominated the market.

Dissatisfied working for someone else Gordon decided to follow his background as a chef in fine dining and open his own place. “I wanted to open a little five-table restaurant and change the menu daily. Nobody was into it. So I had to rethink the direction”. While originally from Northern California, Gordon’s food was influenced heavily by Southern cuisine, he notes that “it’s our country’s distinctly native food culture. So with that in mind and lease in hand he opened the doors to Beachwood BBQ. That was almost 15 years ago. Beyond Barbeque, Gordon knew he wanted to elevate his beverage program. At the time customers looked to restaurants to introduce them to new wines, but this was not the same for beer. Restaurants had no problem only serving the big three: Anheuser-Busch, Coors, and miller, so Gordon made the decision to solely focus on craft beer. Gordon wasn’t originally taking an intentional stand against big beer. He was just following the same ethos he applied to his menus and food sourcing. Gordon went out of his way to find smaller purveyors, never using mass-produced food products, and did the same for his beer program.

At a time when rotating beer handles was a laughable concept and micro breweries were small in number, Gordon spread the word not only about small foreign producers but about the new growing scene of local craft beer. Beachwood was able to help foster the growth by not being afraid to take chances on something unusual and go beyond to take the time to explain a beer to customers. Because of that Beachwood became a favorite of local breweries, guaranteeing their allocations of rare beer. The unique and everchanging tap list of rare beers solidified Beachwood’s spot as the areas only go to beer bar at the time. The Hop Cam, a live stream camera of beer boards highlighting what was on tap, became a regular reference for beer lovers. The restaurant and beer program together provided a welcoming home for local beer fanatics.

During the early years and continuing on into new locations, Gordon leaned into his fine dining background partnering with local breweries to host a series of molecular gastronomy dinners to further establish Beachwood as an innovative figure in the local beer and food scene. As the restaurant and the popular beer program began to grow, Gordon started to think about expansion and how to accommodate the ever-growing epic tap list. Supplementing the tap list with his own beer supply was the next move. Gordon partnered with homebrewer and longtime Beachwood customer Julian Shrago to open the next iteration of Beachwood: Beachwood BBQ & Brewing. After establishing the brewpub in Downtown Long Beach in 2011, Beachwood went on to win some of the industry’s top awards including the Great American Beer Festival’s Mid-Size Brewpub and Mid-Size Brewpub Brewer of the Year in 2013 and the World Beer Cup’s Champion Brewery and Brewmaster, Large Brewpub in 2016. Brewing operations have since expanded to the Blendery in 2014, a location dedicated Gordon’s professed obsession with Belgian-style, Lambic inspired sour beers.

With the Blendery Beachwood has embarked on an undoubtedly geeky quest to recreate the lambic and gueuze style beers of Belgium. The beers they seek to make at that location are produced using ingredients, equipment, and brewing methods that are both steeped in tradition and admittedly modern. In 2016, the growth continued with the opening of a production facility and taproom in Huntington Beach and again in 2019 with an outpost taproom in Garden Grove. In the years since Beachwood BBQ & Brewing has opened, the food and beverage industries have seen seismic shifts across the country. The culture around craft beer has grown. Beachwood and Gordon brought people into the culture and have long since provided a home for area beer geeks and novices alike. From early beginnings in Seal Beach to the brand it has now become, Beachwood remains a leader, continues to think forward and remains committed to quality above all else. Gordon’s influence is undeniable his distinct passion, uncompromising focus, and overarching philosophy on quality hold steadfast even today.

We all face challenges, but looking back would you describe it as a relatively smooth road?
Struggles (pandemic aside) have long been related to the large beer, macro dominated market. As the beer industry started to shift, we first had to create a craft beer culture. A culture that fostered community and conversation that allowed for differences in taste and experience. As the culture grew and perspective shifted, the fast uptake of craft beer being co-opted by big beer has proved a difficult battle. Local remains relevant and critical to the craft economy but deciding on a shelf who is local can be challenging when the term craft and local no longer has the same definition it did ten years ago. But we fight on.

Alright, so let’s switch gears a bit and talk business. What should we know?
I am most proud of the community we have built around food and beer. Over the course of our operations, we created a place where people come for food, stay for the beer and the conversation. We’ve created a brand and a product that are synonymous with quality. 15 years ago, before we knew the impact that the word and meaning behind ‘craft’ would have in our lives, we set out to build a restaurant that provided the best food, the best drink, the best service and didn’t come with any of the pretense. Along the way, we built a community where sharing food and conversation with the table next to you, where opening bottles of rare beer and talking about super conducting rocks spinning in liquid nitrogen was more normal than not. Beachwood is part of our customer’s lives, we’ve seen growing families, and most of all we’ve been part of creating a community when we all needed one the most. 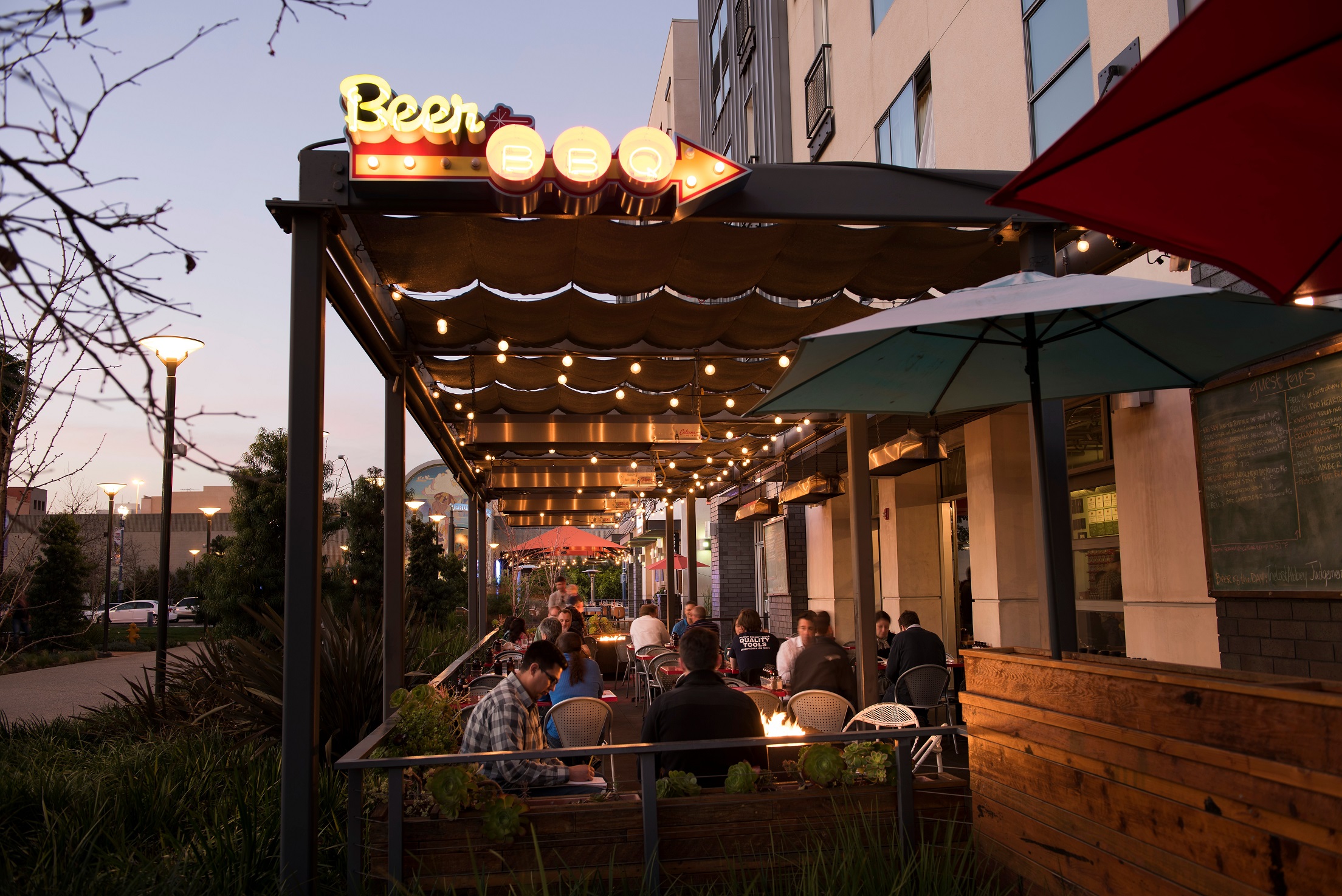 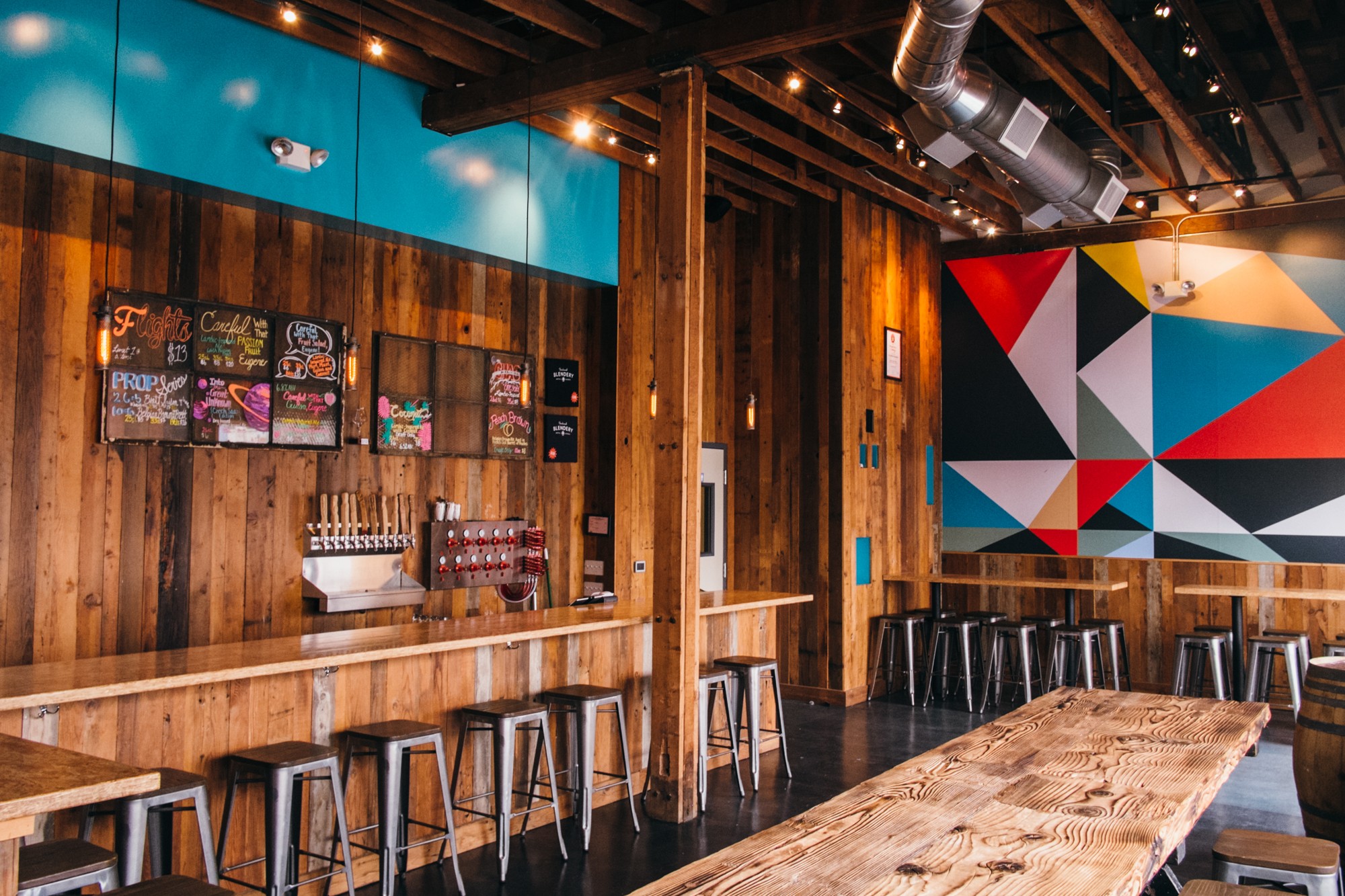 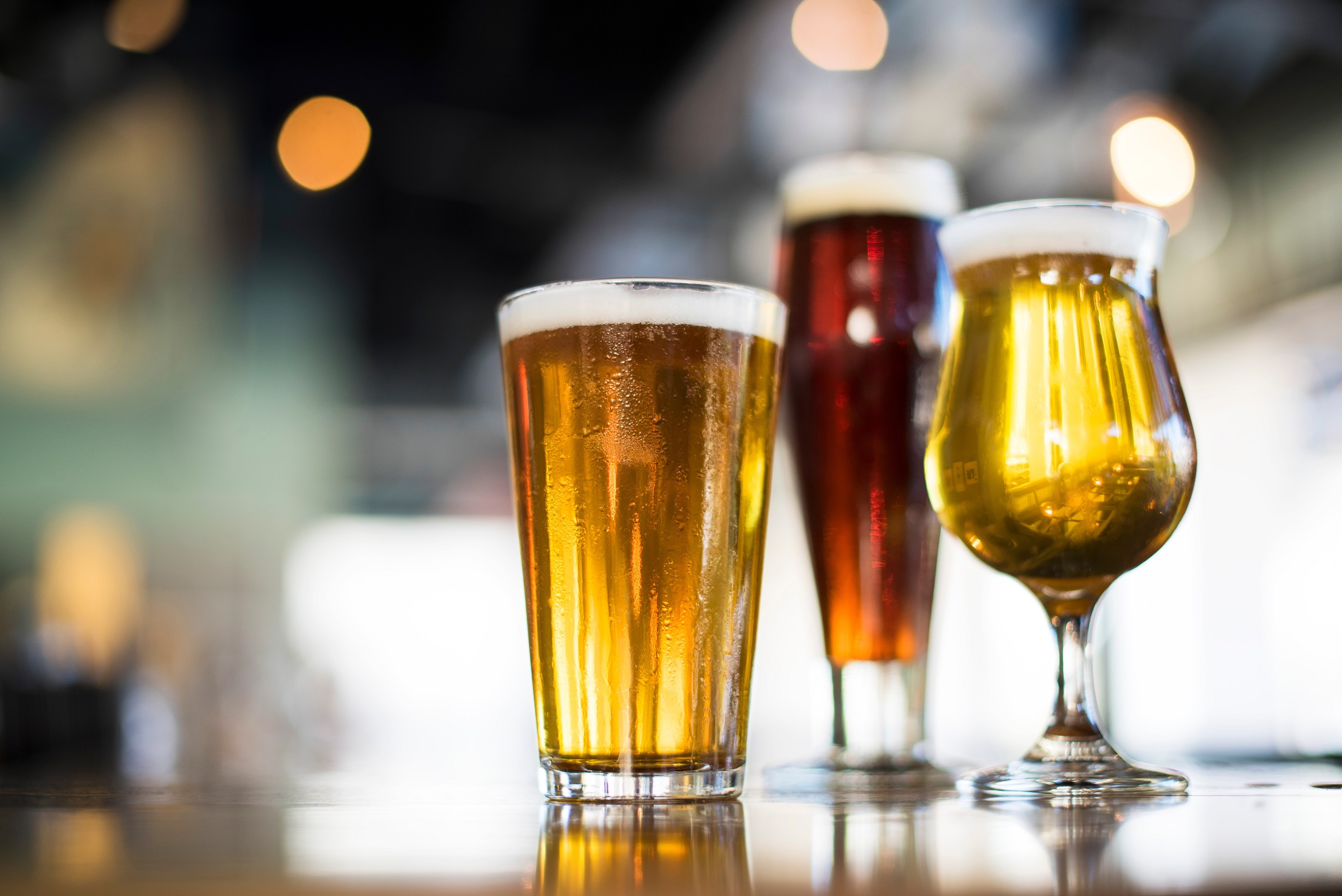 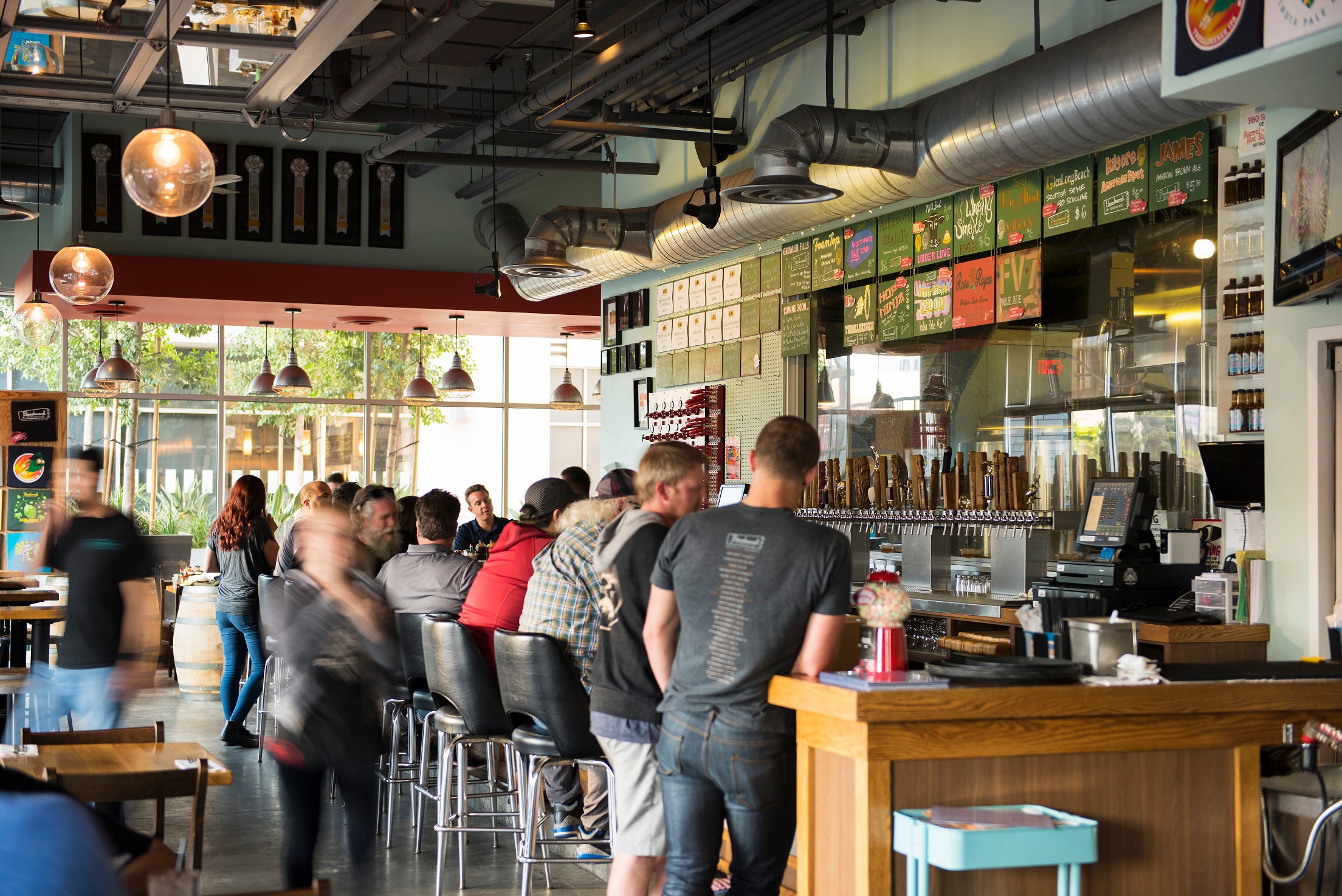 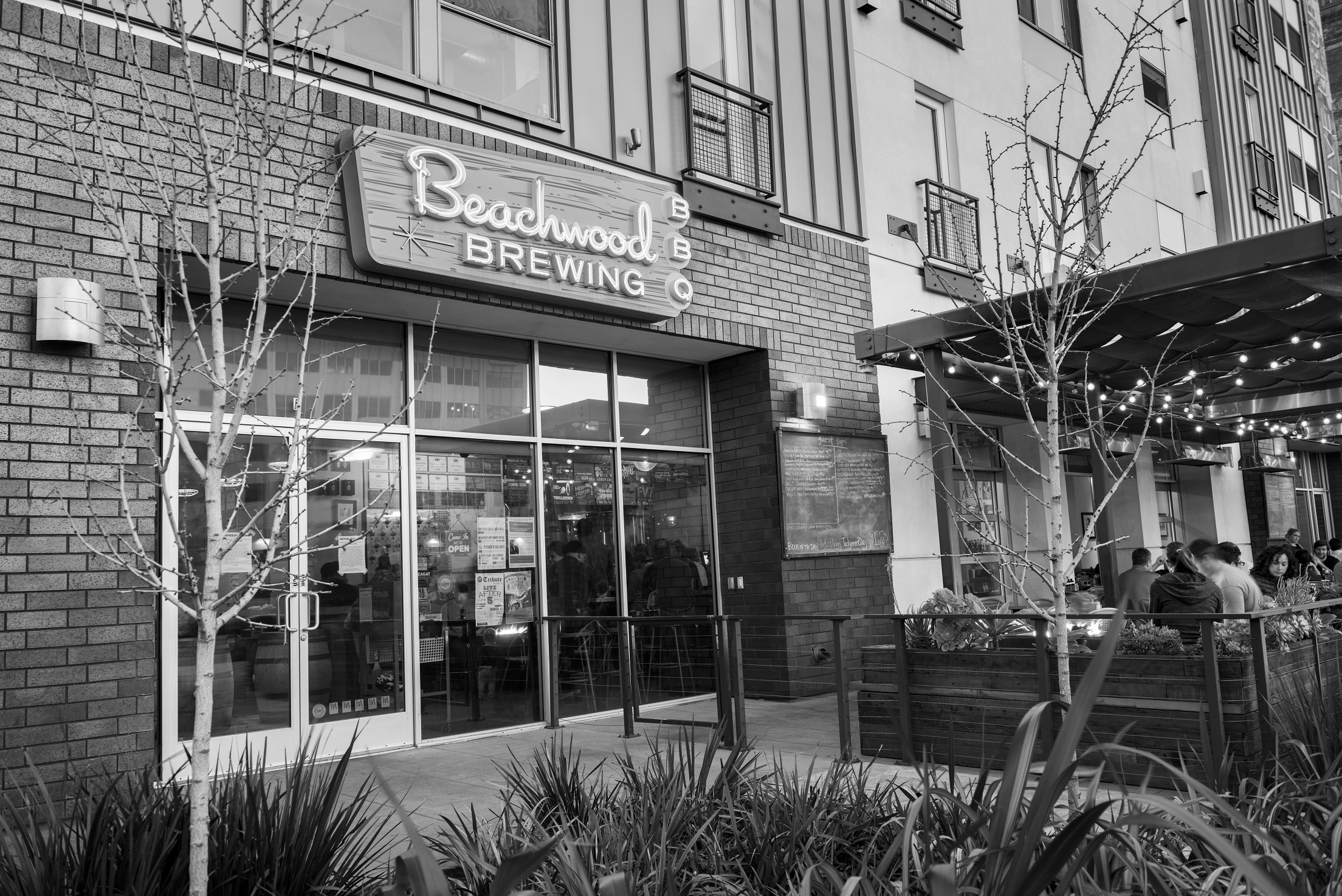