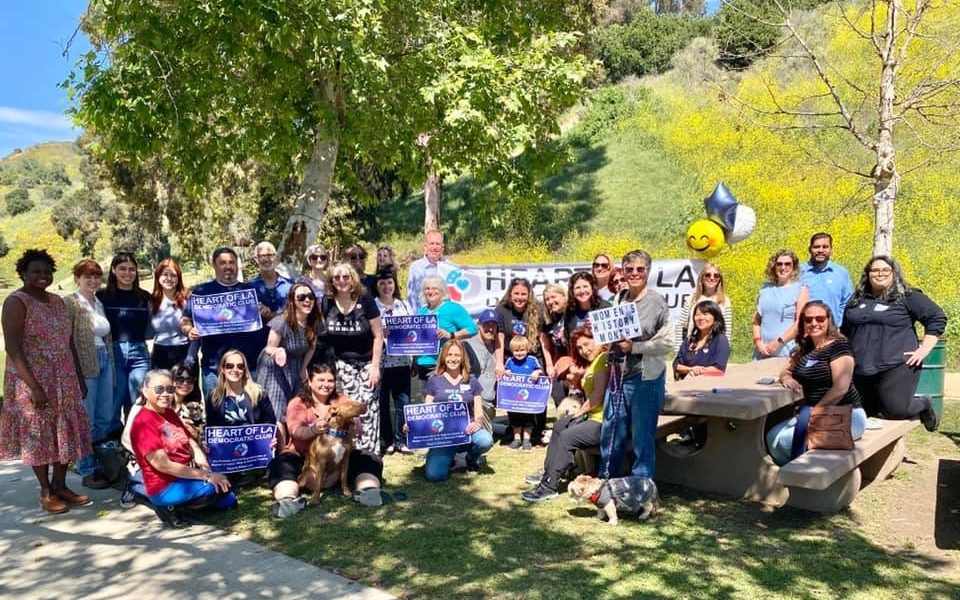 Today we’d like to introduce you to Lindsay Carlson.

Hi Lindsay, please kick things off for us with an introduction to yourself and your story.
I grew up in Eagan, Minnesota – a suburb of the Twin Cities of Minneapolis and St. Paul. After obtaining my Bachelor’s degree in Political Science and French from Gustavus Adolphus College, I moved to Los Angeles at the age of 21 to attend the UCLA School of Law. I have been practicing law for nearly 18 years, most of that time as a litigator, and for the past few years as internal counsel for an international law firm in the information governance space.

I have been engaged in Democratic politics on a pure volunteer basis since I was a teenager, walking precincts and calling voters, writing for my college paper, and driving fellow students to the polls as a senior during the 2000 presidential election. I became deeply involved in the 2016 presidential election, organizing a group of 3000+ volunteers on the Westside of LA for Hillary Clinton and serving on her finance committee and volunteer legal team.

After that devastating loss, along with some friends who also volunteered for the campaign, I decided to start an organization that would focus on getting feminist candidates elected and advocating issues of importance to women. That became the Heart of LA Democratic Club, and we just celebrated our 5th anniversary this month.

Would you say it’s been a smooth road, and if not what are some of the biggest challenges you’ve faced along the way?
It is challenging to start an organization completely from scratch, and rely entirely on volunteer labor to keep it running.

We all have busy lives – jobs, families, and other demands on our time. Our best leaders and organizers over the years have a true passion for and take pride in their work.

We have also often exercised independent judgment and flexed our influence, which has occasionally resulted in finding ourselves swimming against the flow within the party – which is still dominated by men.

Great, so let’s talk business. Can you tell our readers more about what you do and what you think sets you apart from others?
The Heart of L.A. Democratic Club was created after the 2016 Presidential Election by a group of women who volunteered in support of the historic candidacy of Hillary Rodham Clinton. The name of the organization is a nod to the group of 3,000+ volunteers who supported her campaign loosely based in CA-37, named “The Heart of L.A. for Hillary.”

At the time this Club was formed, men in their 30s outnumbered women in their 30s in the California state legislature by a factor of 10 to 1, and there was only one woman on the Los Angeles City Council out of its 15 members. Believing that “If you’re not at the table, you’re on the menu,” we were determined to have a seat.

Working within the party, we decided to work toward shifting the traditional power structure that resulted in an imbalance of representation of the interests of cisgender men over women and gender non-conforming individuals.

All registered Democrats residing in Los Angeles County are welcome to become members of the club, regardless of background, location, or gender identity. Members of the club attend our meetings and special events, vote on endorsements and generally participate in our work.

We have monthly meetings on the first Wednesday of each month at 7 pm (currently exclusively on Zoom, though we are contemplating a return to in-person/hybrid meetings), which incorporate a substantive program, reports on various aspects of club business, and during election season – endorsements and candidate introductions.

We have endorsed a number of candidates in advance of our June primary, and are supporting them by assisting with voter outreach work, among other things.

Have you learned any interesting or important lessons due to the Covid-19 Crisis?
Conducting meetings of an organization that is county-wide is far easier over Zoom in many ways, and has enabled far more people to participate in our activities.

No one needs to deal with traffic, and those who have caregiving responsibilities are better able to participate. We are working on continuing to have hybrid meetings at the very least, for this reason.

On a personal level, however, going two years without an in-person event proved challenging to sustaining engagement and motivation.

Board members have been more inclined to burnout, particularly since the fun, social aspect of our work was largely missing – it just isn’t possible to enjoy ourselves and each other’s company in the same way while looking at a computer screen. 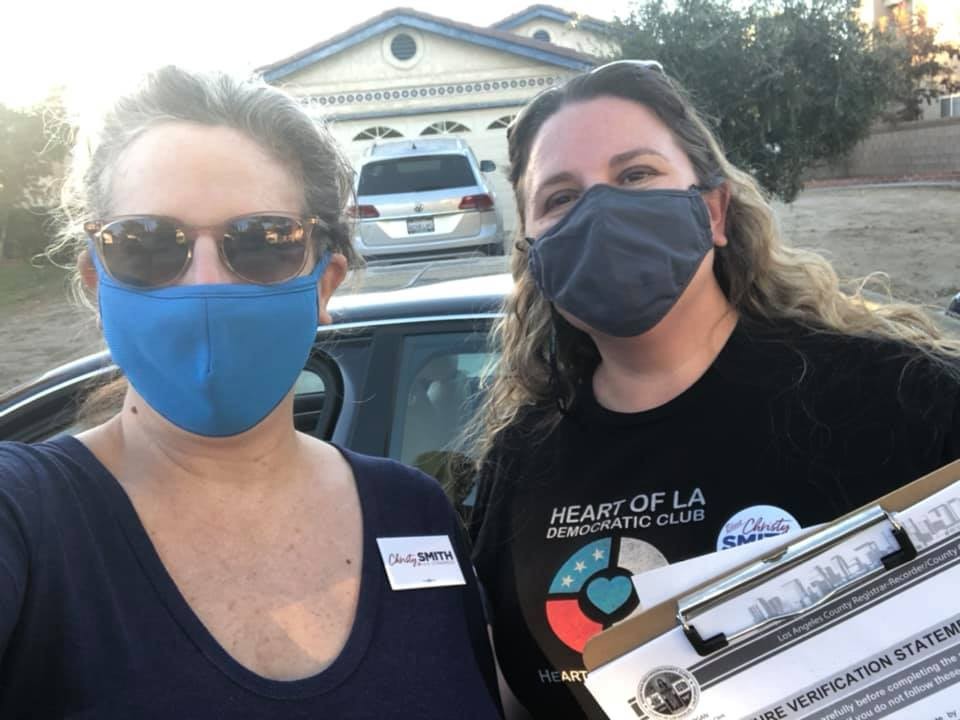 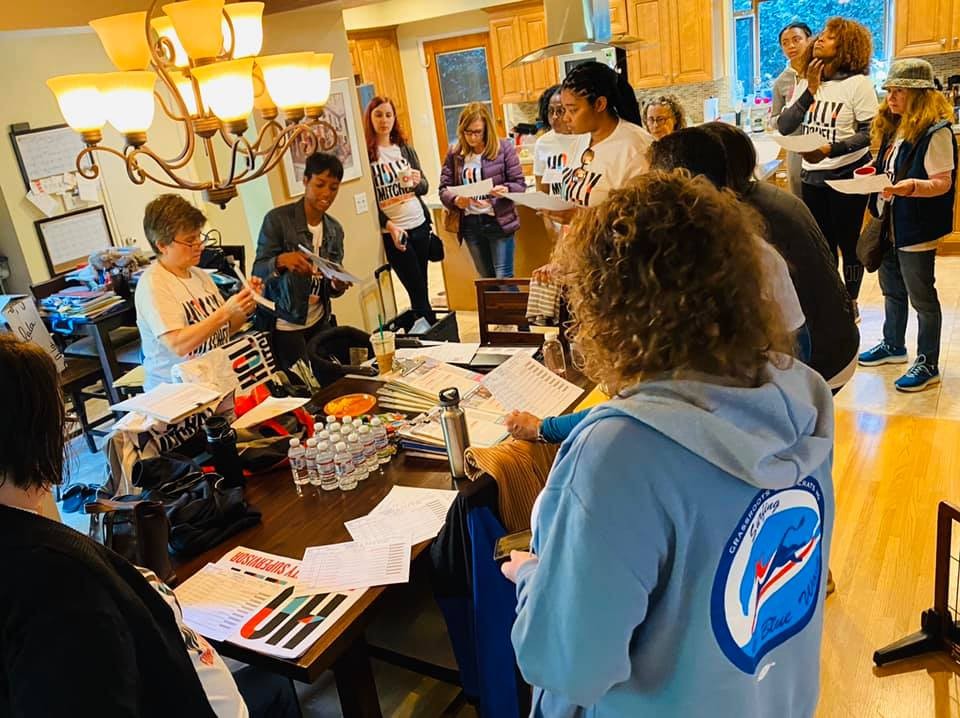 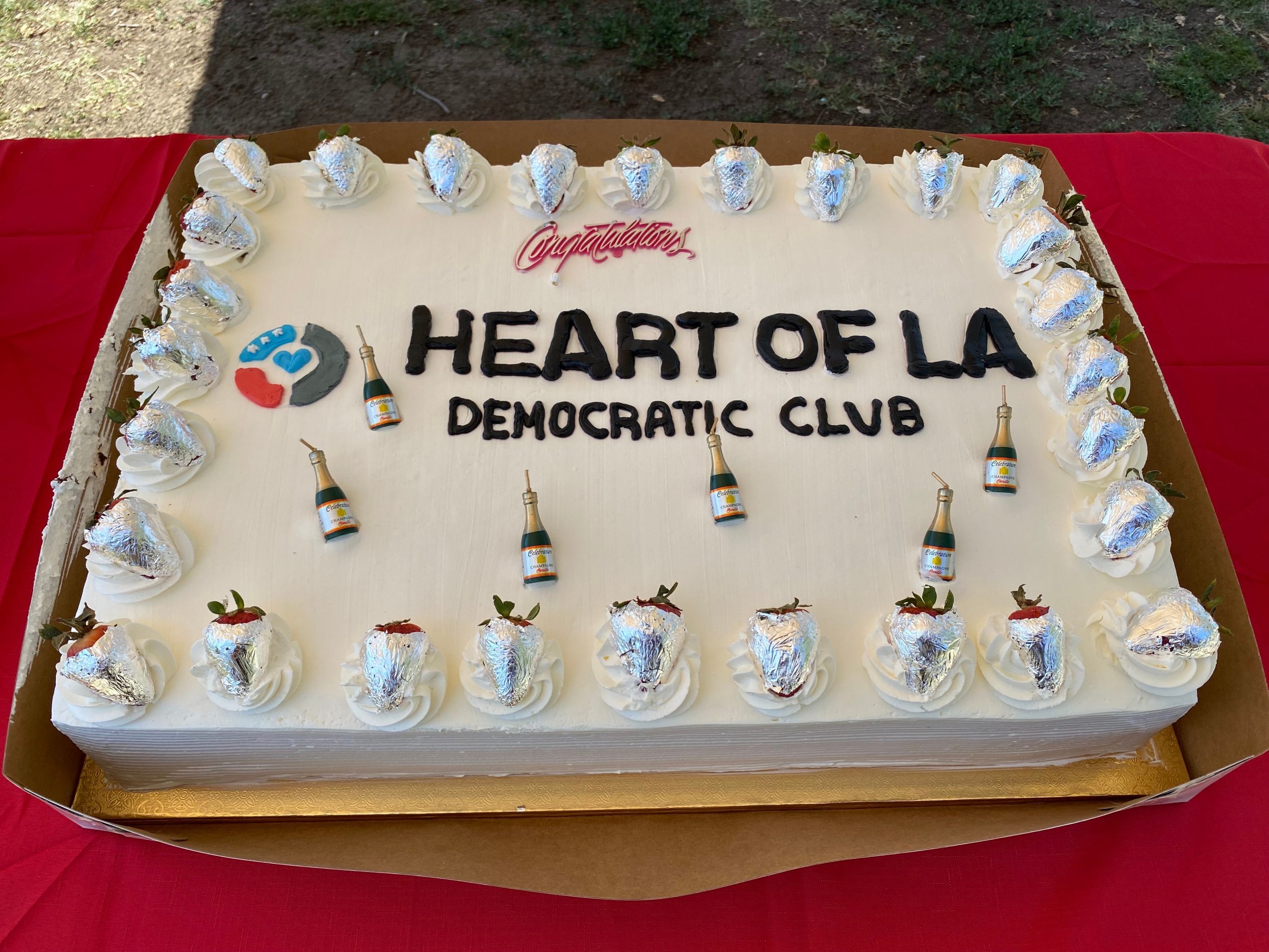 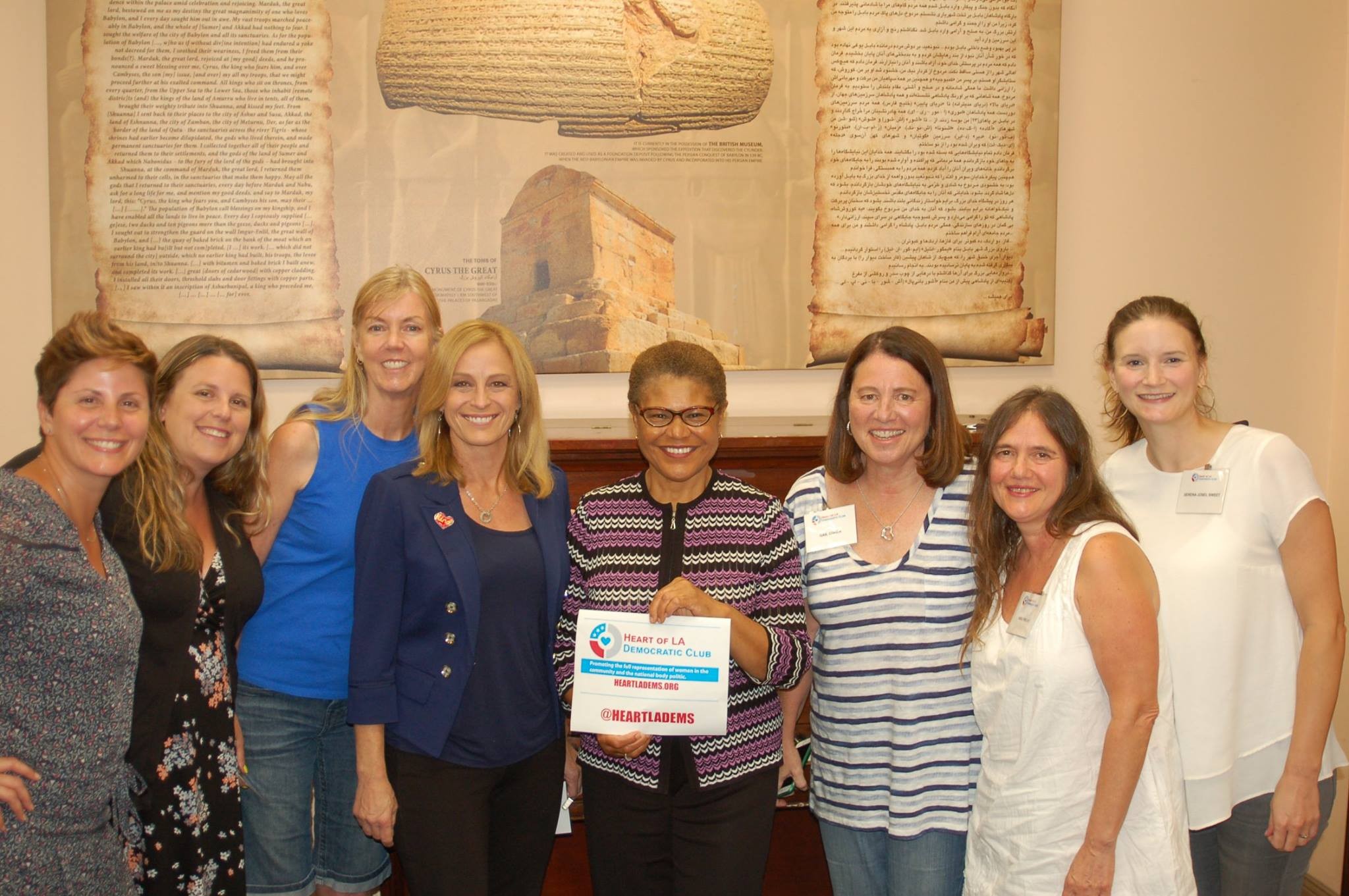 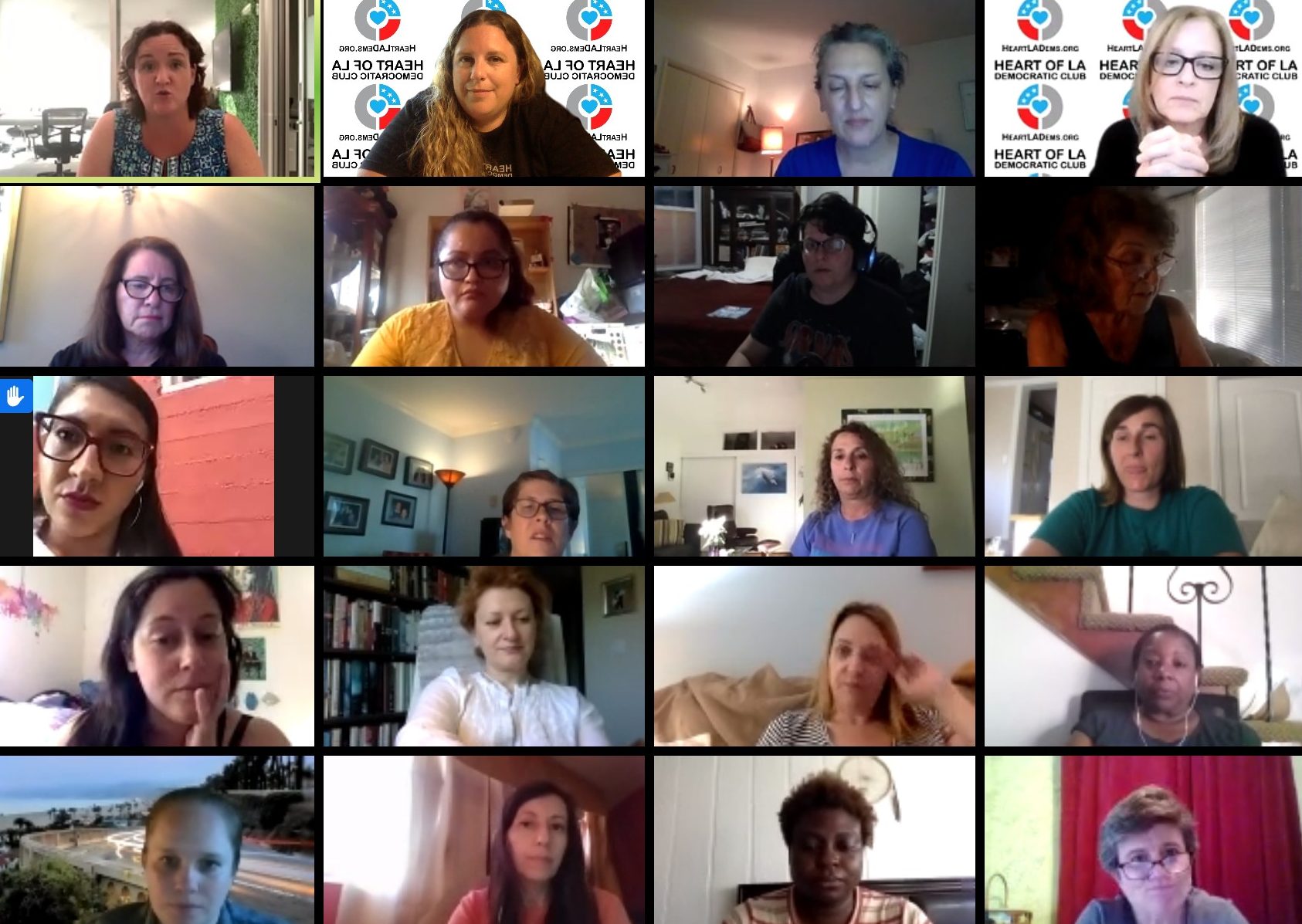