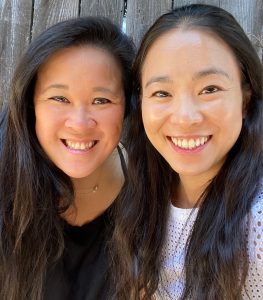 Today we’d like to introduce you to Lacey Benard and Lulu Cheng. They share their story with us below:

When we met as first-year elementary school teachers in Los Angeles, we could never have imagined where our friendship would eventually take us. After a few years of teaching together at the same school and even living together as housemates for a few months, our paths unexpectedly went different directions and we lost touch for many years. We finally reconnected over a decade later when I (Lacey) became a mom and Lulu had all the advice, wisdom, and support that a new mom craves as she begins her motherhood journey. And so the stars aligned for the following to unfold…

A random 11pm text from Lulu lit up my phone one December evening in 2019. It read, “So crazy thought, I want to write Chinese bilingual books for children. Starting to form ideas and such, a series – like the Spanish series you follow, @lillibros – they’re inspiring! What are your thoughts on this? Too crazy? Totally feasible? Want to be my illustrator? Let’s do crazy together!”

Who sends an 11pm text asking someone out of the blue to make a book series with them? But more importantly, who says yes to such an endeavor under those circumstances? Lulu and Lacey do.

And so began our bitty bookmaking journey….

After countless late nights creating and working long after putting our kids to bed, we officially launched Bitty Bao to the public in September 2020. Lulu and I had no idea what to expect. All that was important to us was that we created high-quality, engaging, and culturally relevant Chinese bilingual board books that we as moms and educators felt were well thought out and robust enough to be applicable for children of all ages. Really, we had just simply set out to create our first three books for our own children to enjoy – we had no idea if there were others that would even want to buy them. Bilingual board books have historically been found few and far between. Was the reason for this that there wasn’t a market for them? But how could that be? There must be other families like ours who have been searching for and would love books like this too, right? Imagine our surprise and delight as orders and inquiries for our books and merchandise started to come in from all over the world.

Fast forward to one year later, we now have 9 Bitty Bao Chinese bilingual board book titles, all expanded to be offered in traditional or simplified character versions, with dreams of many more titles to come in the future. We currently sell exclusively from our own website, www.bittybao.com and we also have international stockists in Australia, Canada, United Kingdom, and Singapore helping us to spread the Bitty Bao love.

When we started Bitty Bao, we were just two moms that set out to make books that we had been personally craving for our own children and their bookshelves for fun. We wanted to draw upon our education background, love of all things cute, and create Chinese bilingual books centered around Asian culture. Never in our wildest dreams could we have imagined that so many families worldwide would find, purchase, and love our books as much as they have in our first year since launching. In our inaugural year, we sold over 10,000 Bitty Bao books to homes all over the world! We went back to print three times in our first year; restocking previous titles, creating new titles, and expanding our collection to include simplified character versions of all of our books in addition to our pre-existing traditional character versions. Bitty Bao started as our cute little book baby and somehow grew to a pretty hefty book toddler overnight – and we were so unprepared for how quickly the needs of our “hobby-turned-hustle” would evolve.

Lulu and I had never self-published a book before, let alone formatted one, built a website, managed inventory, organized marketing, and driven sales – there was so much for us to learn in an incredibly short amount of time as Bitty Bao took off. At every bend, we were met with challenges of tasks and decisions that we didn’t even know that we didn’t know about. (Thank goodness for Google, YouTube, SkillShare, and lots and lots of support from other small business entrepreneurs we met on social media who took us under their wing and offered advice and a space to brainstorm!). We definitely made a bunch of missteps and took the harder and less efficient road more than once, but we can say confidently that we’ve learned a lot along the way. And that’s why now, anytime someone reaches out to us wanting to talk about their own path towards creating their own book or some other creative venture they’re working on, we try to pay it forward and help and encourage them to succeed.

As you know, we’re big fans of Bitty Bao. For our readers who might not be as familiar, what can you tell them about the brand?
Bitty Bao is a brand that creates Chinese bilingual board books and merchandise with love. We currently offer 9 Chinese bilingual board book titles; Counting with Dim Sum, The Colors of Snow Ice, Everyday Heroes, Celebrating Chinese New Year, Lucky Lunar Animals, Dragon Boat Festival, It’s Hot Pot Time!, Boba Emotions, and Foodie Detectives. Each bilingual board book is offered with traditional characters with 注音 (zhù yīn) or simplified character versions, with 拼音 (pīn yīn), and English. Lulu and I strive to utilize our backgrounds in education to weave basic skills and vocabulary such as counting, colors, and shapes in with Asian cultural topics such as holidays, food, and customs which make our books appealing and jam-packed with information for babies, toddlers, and language learners of all ages alike! Bitty Bao books also include a QR code on the back cover that can be scanned with any smart device to access an audio recording of our books to help families on their language acquisition journey. Another fun fact? All of the art in our books are handcrafted paper cuttings made with love in the middle of the night after my kids go to sleep.

Where we are in life is often partly because of others. Who/what else deserves credit for how your story turned out?
Although we’re technically a bitty two-woman team at Bitty Bao, really, Bitty Bao wouldn’t be able to even be in existence without the amazing support of our family, friends, and the awesome community around us.

Bitty Bao was created first and foremost for our children, Ella, Lucas, Madeline, and Nicolas. Our desire to bring them bitty books that they would love to hold, read, feel connected to their culture, and one day be inspired to follow their own dreams fuels everything that we do in our small business. It is the most special element of our company – that not only do we get to share the ending products with our children but that our children are as much a part of our book journey and process as we are.

Our husbands, Kevin and Mauricio, our Mr. Bitty Baos, deserve so much love and gratitude – without their support, we definitely wouldn’t be able to, not only create Bitty Bao, but also keep growing it. Behind the scenes, they are often jumping into the role of cameraman, box mover, plan checker, late-night brain picker, small-business support therapist, hype man, another pair of eyes, and so much more.

And Bitty Bao truly has the best community to thank for its organic growth and success. Family, friends, and followers have shown up for us by providing endless amounts of support and encouragement, purchasing our books and merchandise, attending and volunteering at events, and helping us spread the word about Bitty Bao. Through the powers of social media, we have had the privilege of connecting with other mompreneurs, small book authors, women-owned businesses, and advocates of bilingual education, raising bilingual children, and diverse children’s literature who we have found to be incredibly empowering, motivating, and supportive. Each of these loving connections drives us to create more, share more with our community, and support others in their own creative journeys. 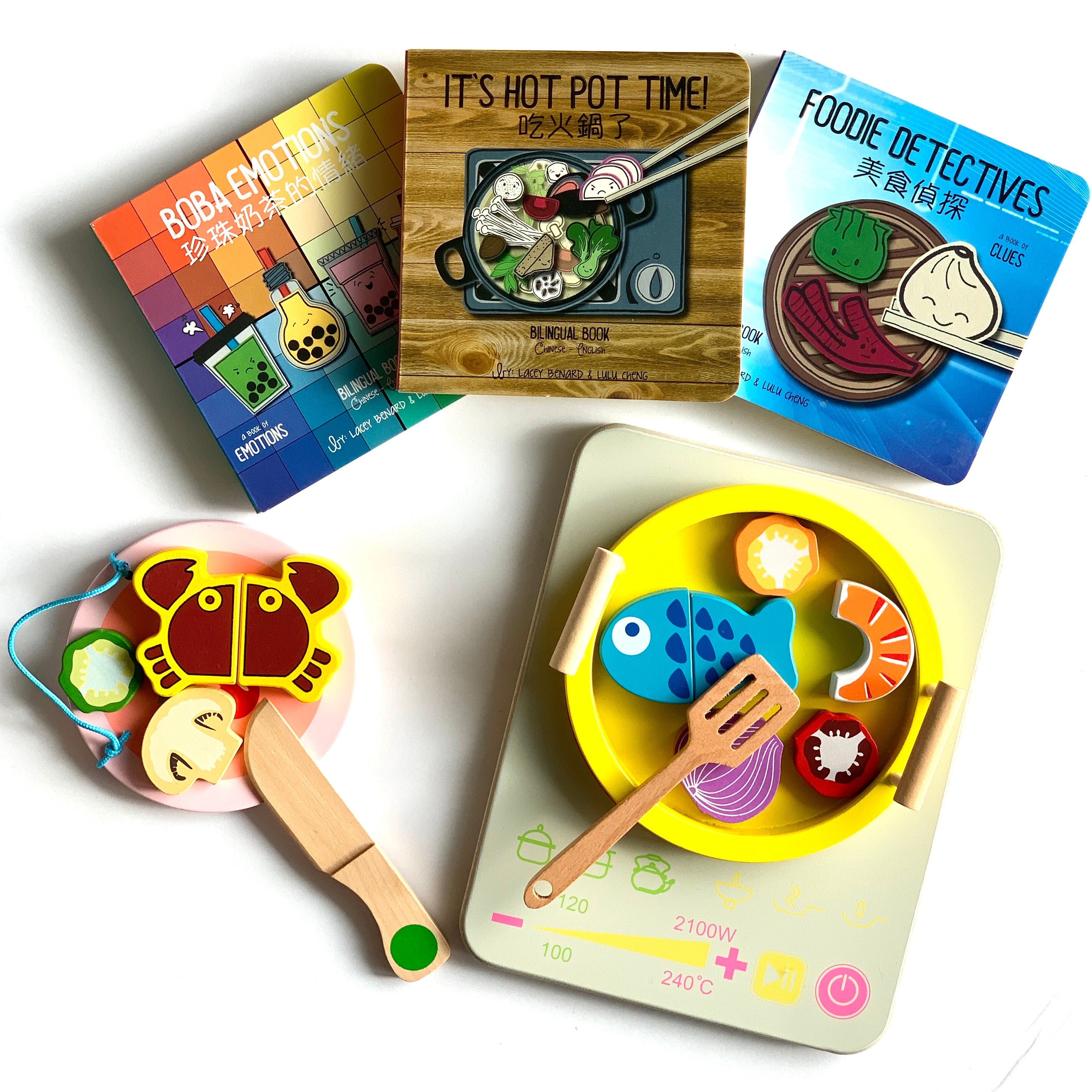 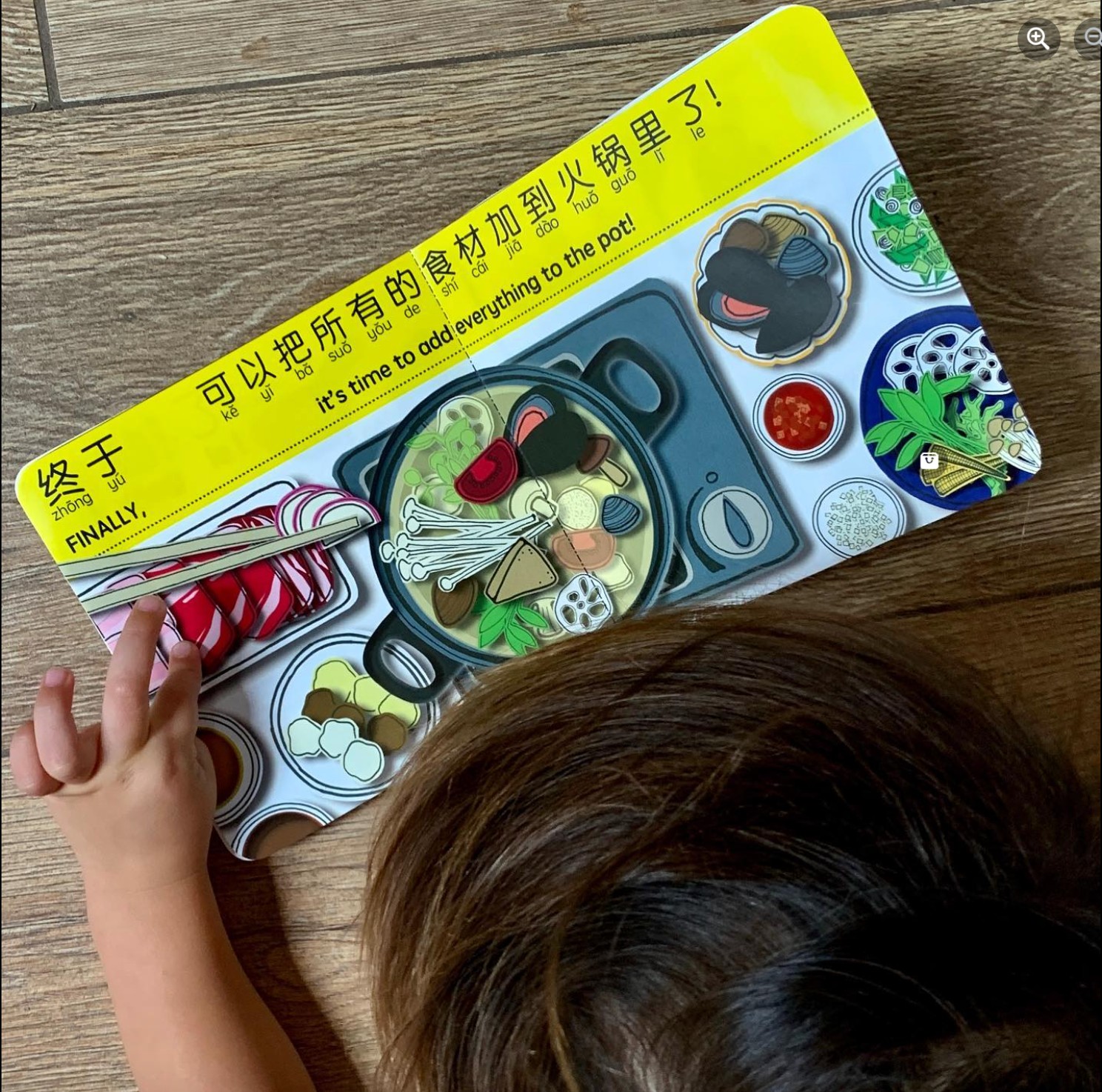 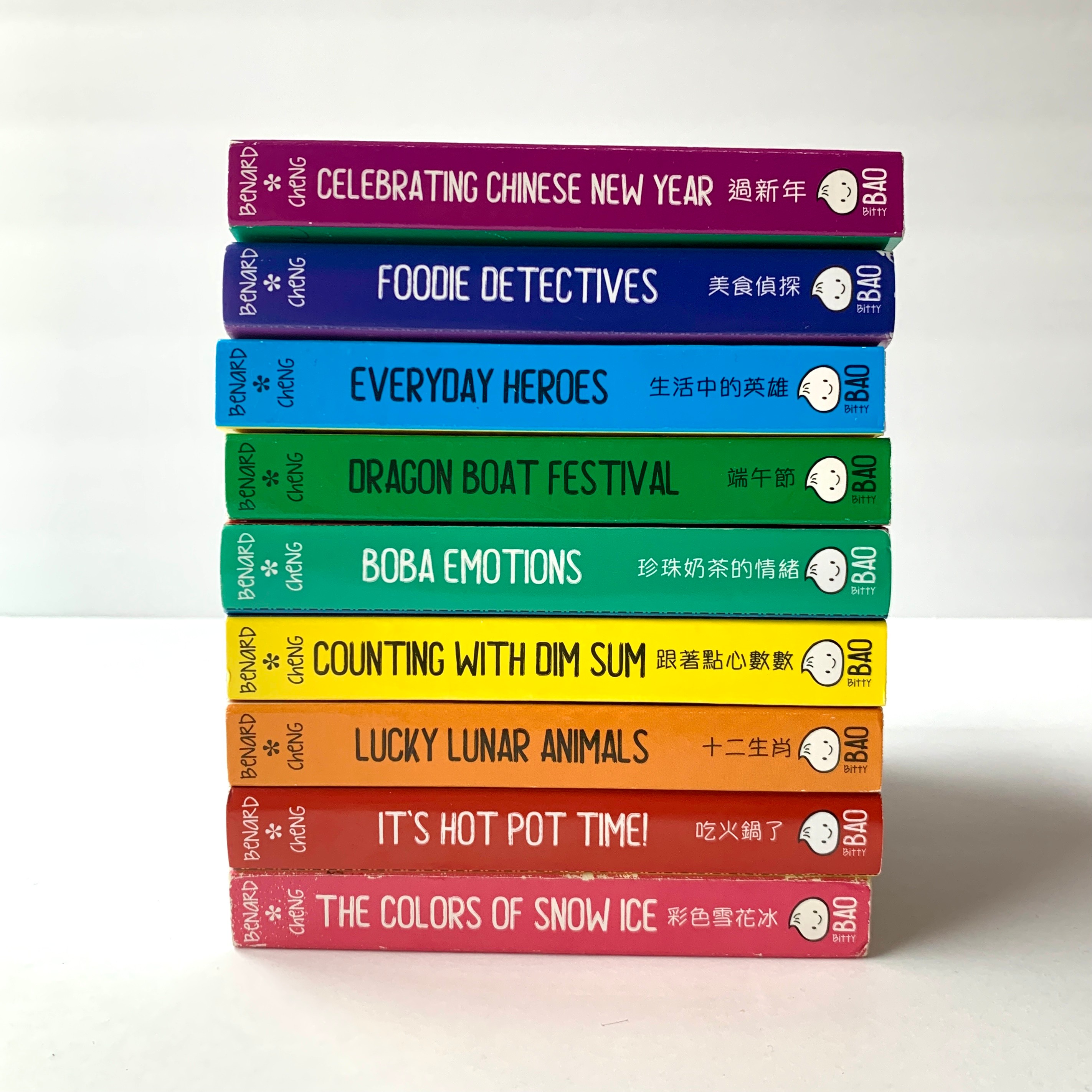 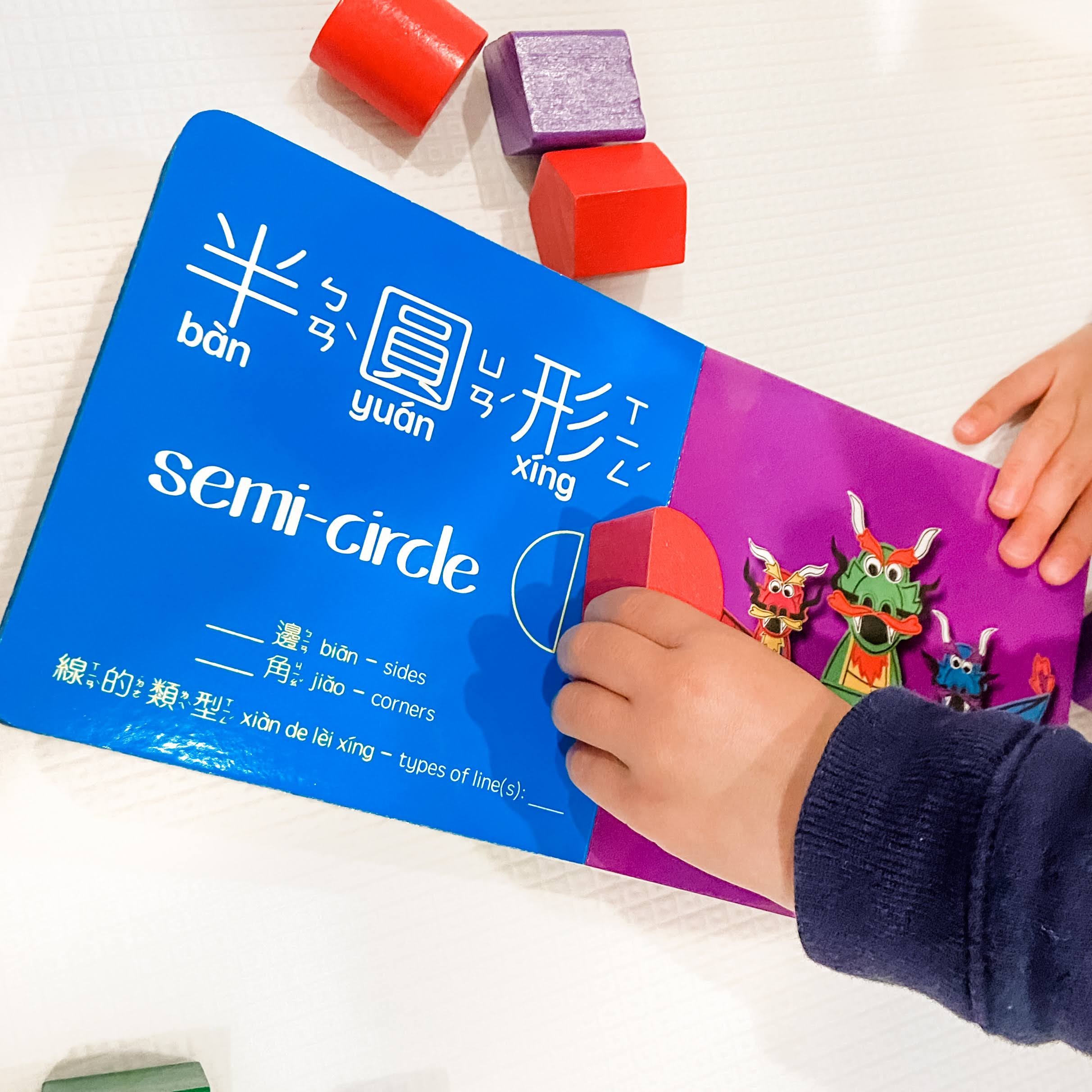 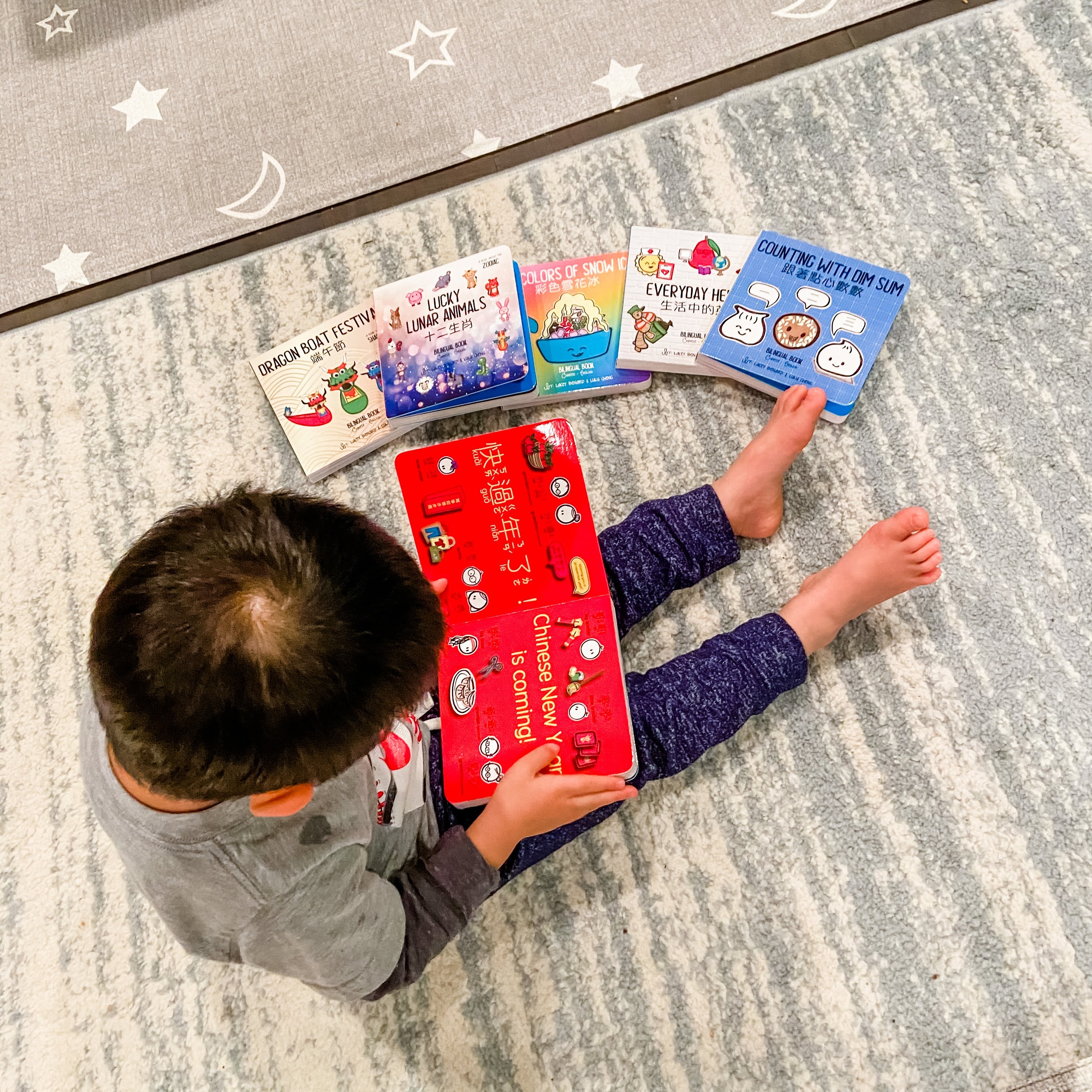 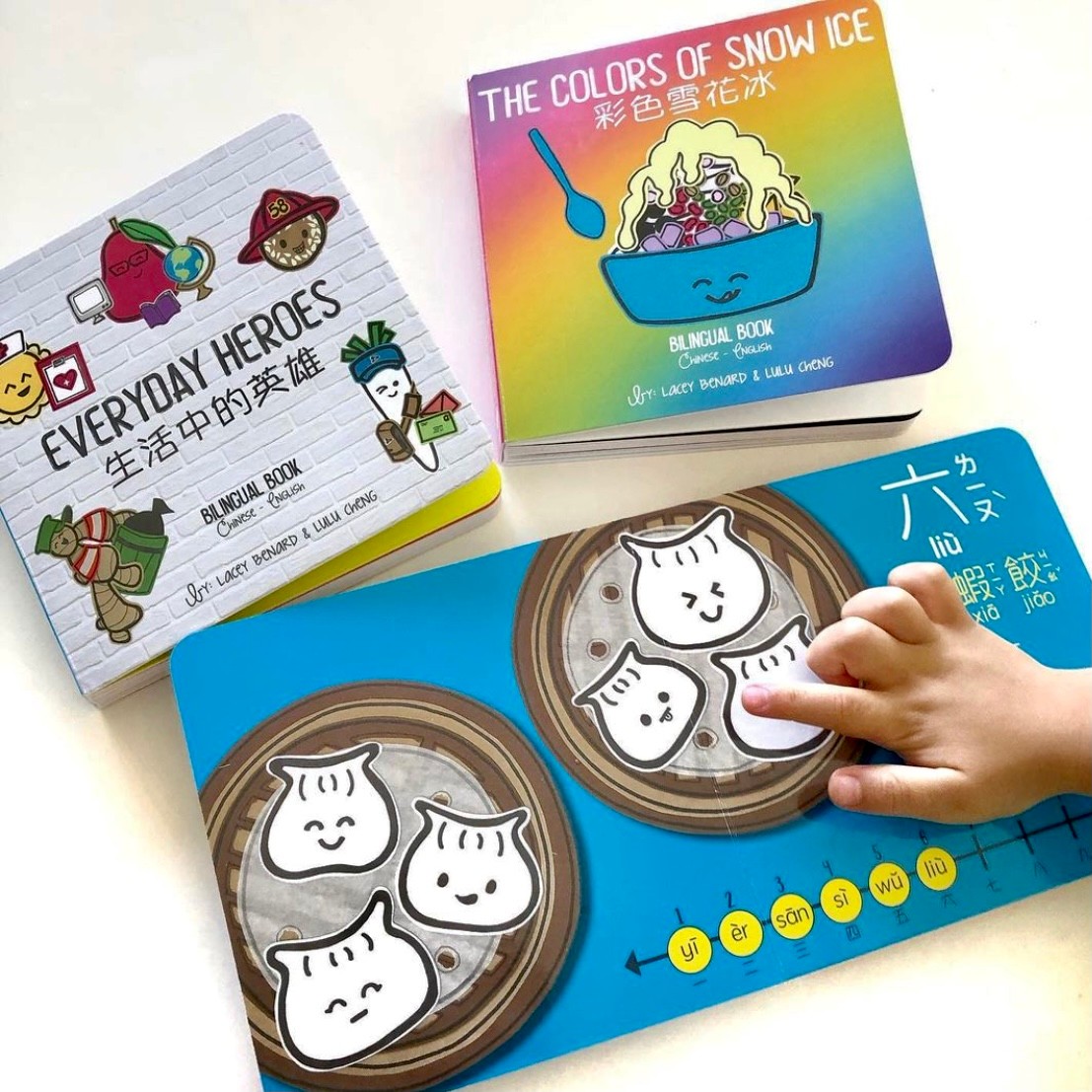 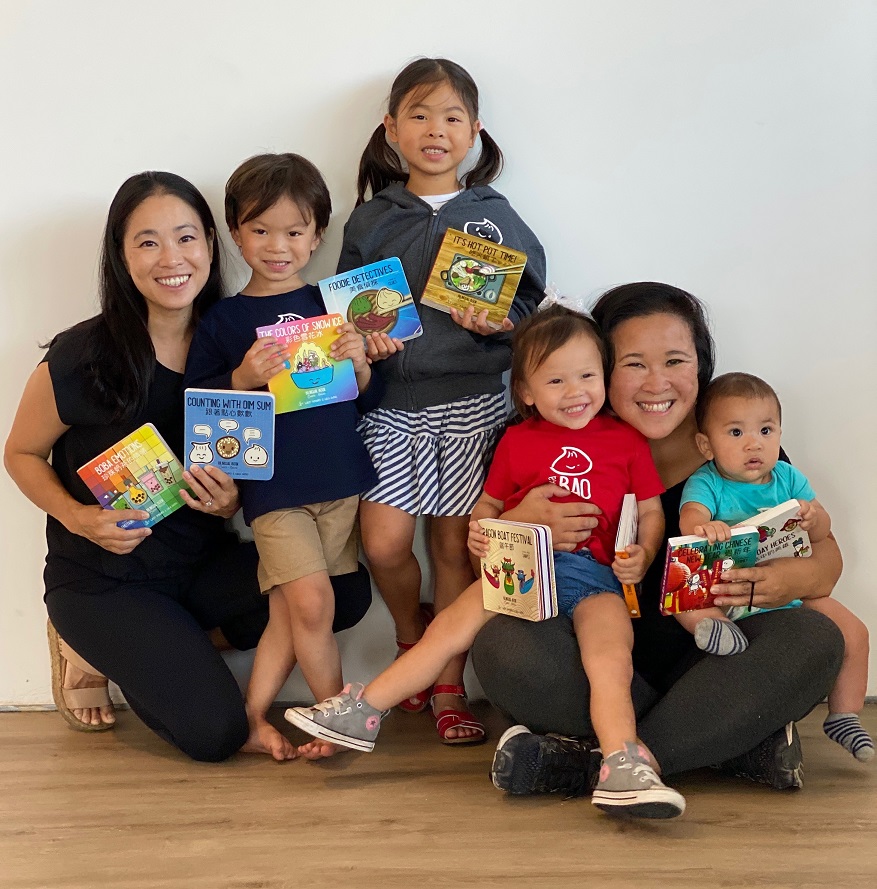 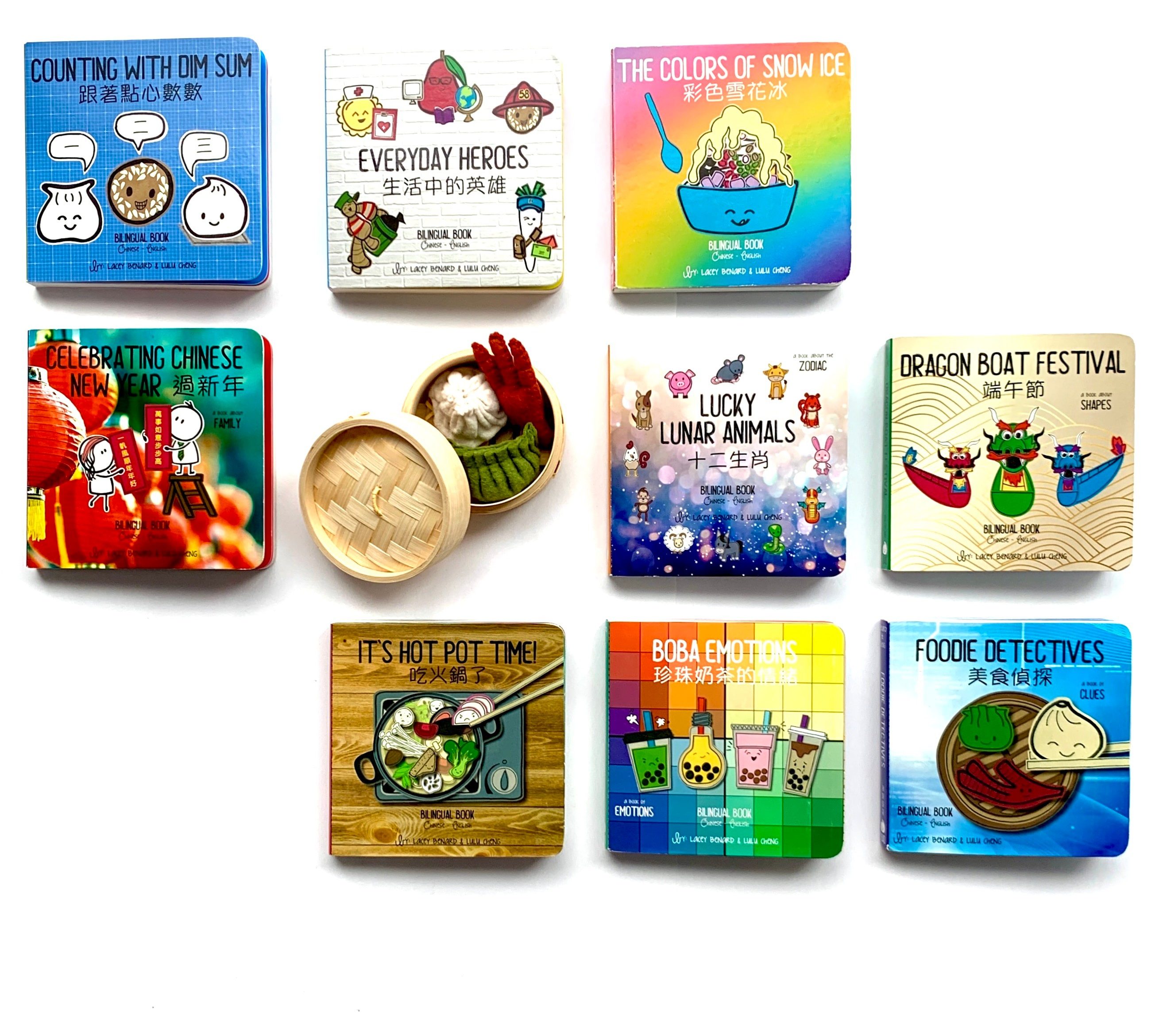