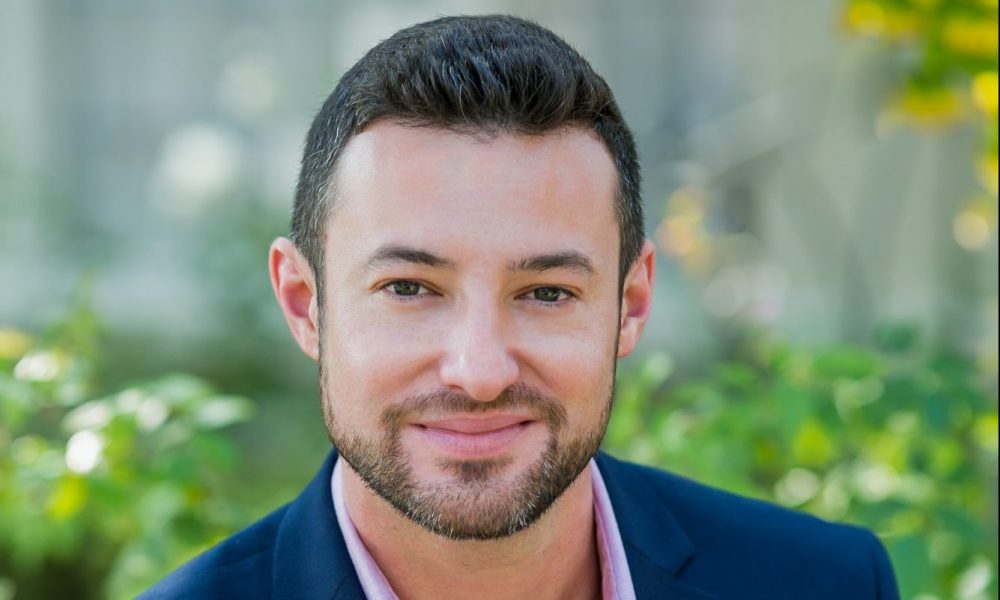 Today we’d like to introduce you to Hunter Burgarella.

Alright, so thank you so much for sharing your story and insight with our readers. To kick things off, can you tell us a bit about how you got started?
My path to becoming a realtor wasn’t planned out and quite unexpected from the childhood goals and dreams I had for my career. I was raised in a house without cable television and only four or five network channels to choose from. One of the few programs I was allowed to watch on weekdays was the nightly news. ABC World News Tonight with Peter Jennings quickly became my go to and at the age of nine, I became addicted to world news and national politics. It was at that age I decided I wanted to become a White House reporter and cover politics in Washington DC. From that point forward I put all my energy into achieving that goal. I worked hard throughout school, participated in a ton of extra curricular activities and volunteered my spare time on the weekends working in the local emergency room. My hard work paid off as I was accepted to the University of Southern California which has one of the best broadcast journalism programs in the country.

During my time at the University of Southern California, I worked hard to make my career goal a reality. I wrote, produced and reported for the student run news station ATVN, where I reported on events all around Los Angeles. I covered a wide range of stories from the writers’ strike in 2007, a triple murder in Simi Valley and the wildfires in Malibu. I also took a political journalism class with the late Richard Reeves, former Chief Political Correspondent for the New York Times as well as internships at KRON in San Francisco and KGUN in Tucson. The mentorship and guidance of Richard Reeves was instrumental in propelling my career forward. When I was about to graduate from college he asked what I wanted to do. I responded that I was obsessed with CNN’s political coverage and wanted to work on the Situation Room with Wolf Blitzer, a man I respected and admired. With his faith in me and his wealth of connections, he was able to land me an internship in the political unit at CNN, a dream of mine.

After landing in Washington DC fresh out of college I worked hard as an intern and worked my way up to an entry level position in the DC bureau during the height of the recession in 2008. I worked hard and thrived, eventually landing a role on the Situation Room with Wolf Blitzer, my dream job. My time at CNN was a once in a lifetime experience where I was pulled to travel on the 2012 presidential campaign for which I won an Emmy Award and worked weekends as a producer at the White House. All my dreams and goals had finally paid off. However, after seven years in Washington, I realized that even though I loved my job, the east coast was not the right fit for me. I was so driven and focused on my career that I lost sight of what I really wanted in life. The need to be back in California where all my family resides, the outdoor based lifestyle and surrounded by happy laid-back people. I missed California desperately, the place I was raised, and set intentions to move back. In the end I picked lifestyle over career, with my personal happiness trumping my career goals. I was convinced I would be able to find a job that made me just as happy in sunny California.

Soon after I set those intentions, I was offered a job as a Senior Media Strategist for a tech public relations firm based in San Francisco. Although I liked PR, covering tech was just not my thing. Instead, I thought it would be fun to work at E! News or some other entertainment news show covering pop culture and entertainment. I worked hard networking on LinkedIn as well as tapping all my USC connections to try to land a job in that field to no avail. I did connect and keep in touch with the executive producer of E! News and on a personal trip down to Los Angeles, popped by the office with my resume and had an impromptu interview. I got hired right after and had the unique perspective of covering entertainment instead of hard news for the next 2 ½ years. Although it was fun, it was definitely not the right fit for me which threw me into a life crisis at the age of 30.

It was at this point in my life that I had to decide what to do. I felt like a helpless kid thrown into the deep end not knowing how to swim without any exit in sight. The uncertainty made me depressed as I pondered if I could find a new career outside of TV, a career I had formed my whole life around, or return back to Washington to cover politics. After much meditation and reflection, I ended up writing down a list of alternate jobs I always thought would be a great fit for me and would make me happy. As a kid, I would always look through all the real estate ads in the local newspapers and loved checking out the neighborhood open houses. I also happened to be the top producer in wrapping paper sales for school as a kid and thought hey, why not real estate. My close friend Chris was a very successful real estate agent and I asked him if I could shadow him in my free time outside of work and hold open houses for him on the weekends. It was from this experience that I realized I really loved it! I loved checking out all the cool houses in Los Angeles with the diversity in architecture, the thrill of getting a deal through and being your own boss. Your survival is completely dependent on yourself and your work ethic.

After this realization I quit my job at E! shortly after and joined Chris as his assistant. It only lasted a few months as he went through a lot of personal issues and his business stalled. From there I joined one of the top brokers in Los Angeles as their Director of Operations. I spent two years in that role in which I handled over 60 transactions and gained a vast amount of knowledge in all aspects of real estate. Feeling I had outgrown the role, I departed to grow my own business at Douglas Elliman where my strong knowledge of the market and excellence in client relations set me apart from the rest.

Within my first six months solo at Douglas Elliman, I landed in the top 17% of agents nationwide as I hustled to build a client base and grow my business. It is with the excellent level of service I provide that I have been able to grow my business even more and was just awarded the 2022 Gold Award at Douglas Elliman – top 13% of agents nationwide.

Can you talk to us a bit about the challenges and lessons you’ve learned along the way. Looking back would you say it’s been easy or smooth in retrospect?
Being a realtor is not an easy job. In fact, most people watch shows like Million Dollar Listing and Selling Sunset and just think listings are just handed to you. How hard could it be? In fact, it’s the opposite. You must find all your own clients who are looking to buy or sell and they have to have the money and resources to afford a home in Los Angeles or have a property to sell. A majority of my time is spent recruiting new clients as that is what keeps my business going. It entails a lot of time networking, going out and meeting people socially, using social media, direct mail campaigns and door knocking, yes that’s right, going door-to-door asking people if they’re looking to sell or know someone looking to buy or sell. It is not an easy job and most new realtors that start, drop out after the first two years when they realize it’s not cracked up to what they thought it would be. Everyday I’m pushing forward new ideas to grow my client base and maintain the existing relationships I have with my current clients. It is this work ethic that makes my business so successful. It’s also important to form solid working relationships with the other agents in the area. When it comes to a multiple offer situation or a competitive negotiation, the relationship you have with them can go a long way in helping your client win. Navigating personalities is also a big struggle in the job. Each client has their own personality and engages differently. You have to learn to pick up and tailor an effective style of communication that works for them. Helping them get through the stressful process of a home transaction is a lot and is usually the most expensive one someone will ever make.

Great, so let’s talk business. Can you tell our readers more about what you do and what you think sets you apart from others?
I am an experienced realtor and top producing agent at Douglas Elliman specializing in home sales, purchases and leases throughout the Los Angeles area. I have handled over 70 transactions and have a vast amount of knowledge in all aspects of real estate from single family homes, to condos, commercial, probate, trust, income transactions and leasing. I’ve been successful at growing my business by offering an unparalleled level of service other top agents can’t deliver. I go far beyond most agents in my open and honest communication through all phases of the buying and selling process. My integrity, accessibility, honest assessment, attention to detail, organization and overall personal touch make clients feel valued and attended to. I consistently and effectively advocate on behalf of my clients with their interests being my top priority and work tirelessly seven-days-a-week to achieve their desired results. I handle everything from start to finish without assistants doing all of the work like other top agents. I’m a 5-Star agent on Zillow and have the testimonials to back it up. It is with the excellent level of service that I provide that I have been able to grow my business even more and was just awarded the 2022 Gold Award at Douglas Elliman – top 13% of agents nationwide.

We’re always looking for the lessons that can be learned in any situation, including tragic ones like the Covid-19 crisis. Are there any lessons you’ve learned that you can share?
I learned quite a few things during the Covid-19 crisis with the main point being how interconnected we really are and how we thrive better together. I learned to cherish the freedoms we take for granted in our daily lives after we were quarantined, cut off from friends, colleagues and loved ones. It is with this discovery that I realized how social we really are as a species. We not only like being around each other but can do and accomplish anything by working together as a society and a world to make things succeed. 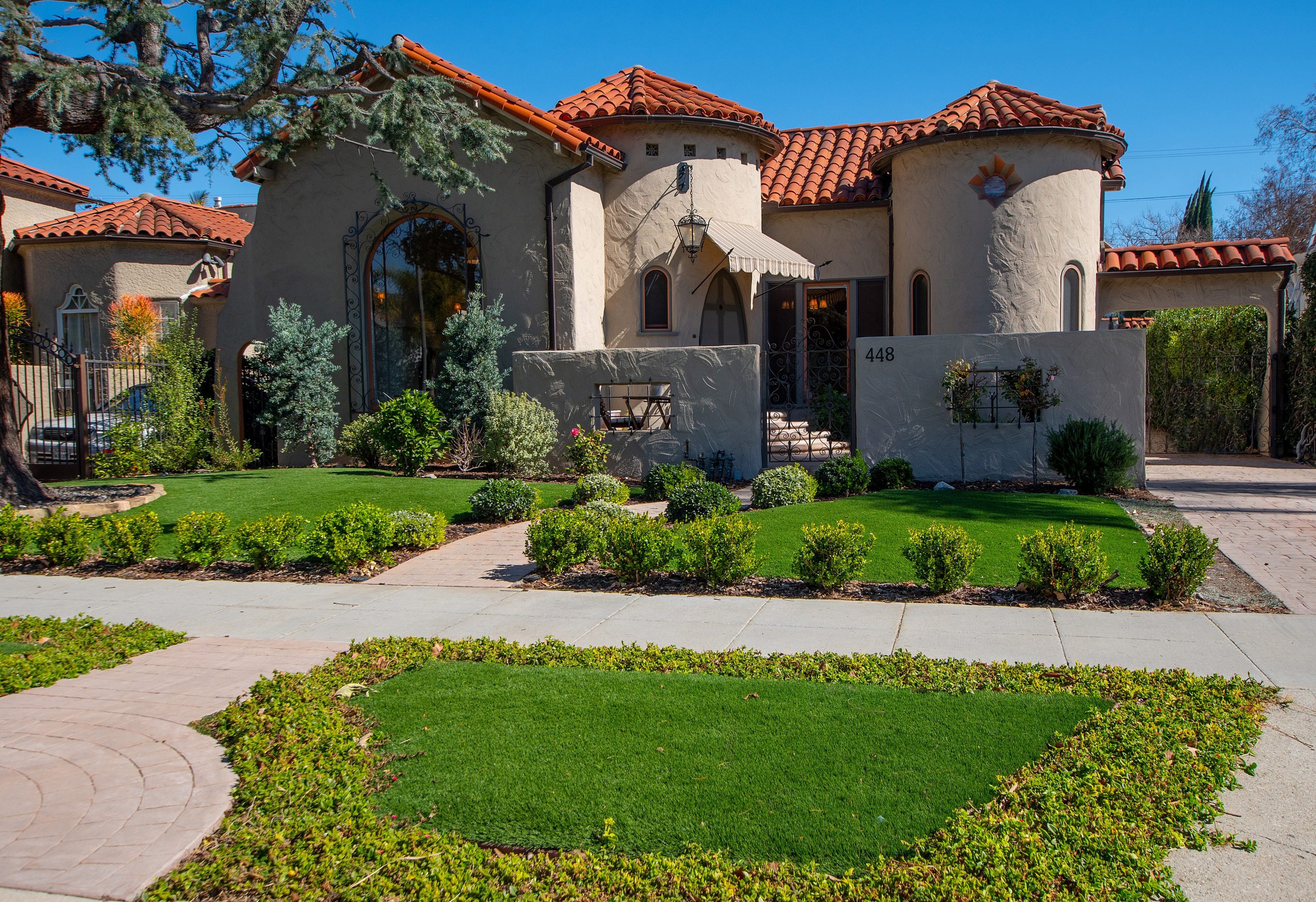 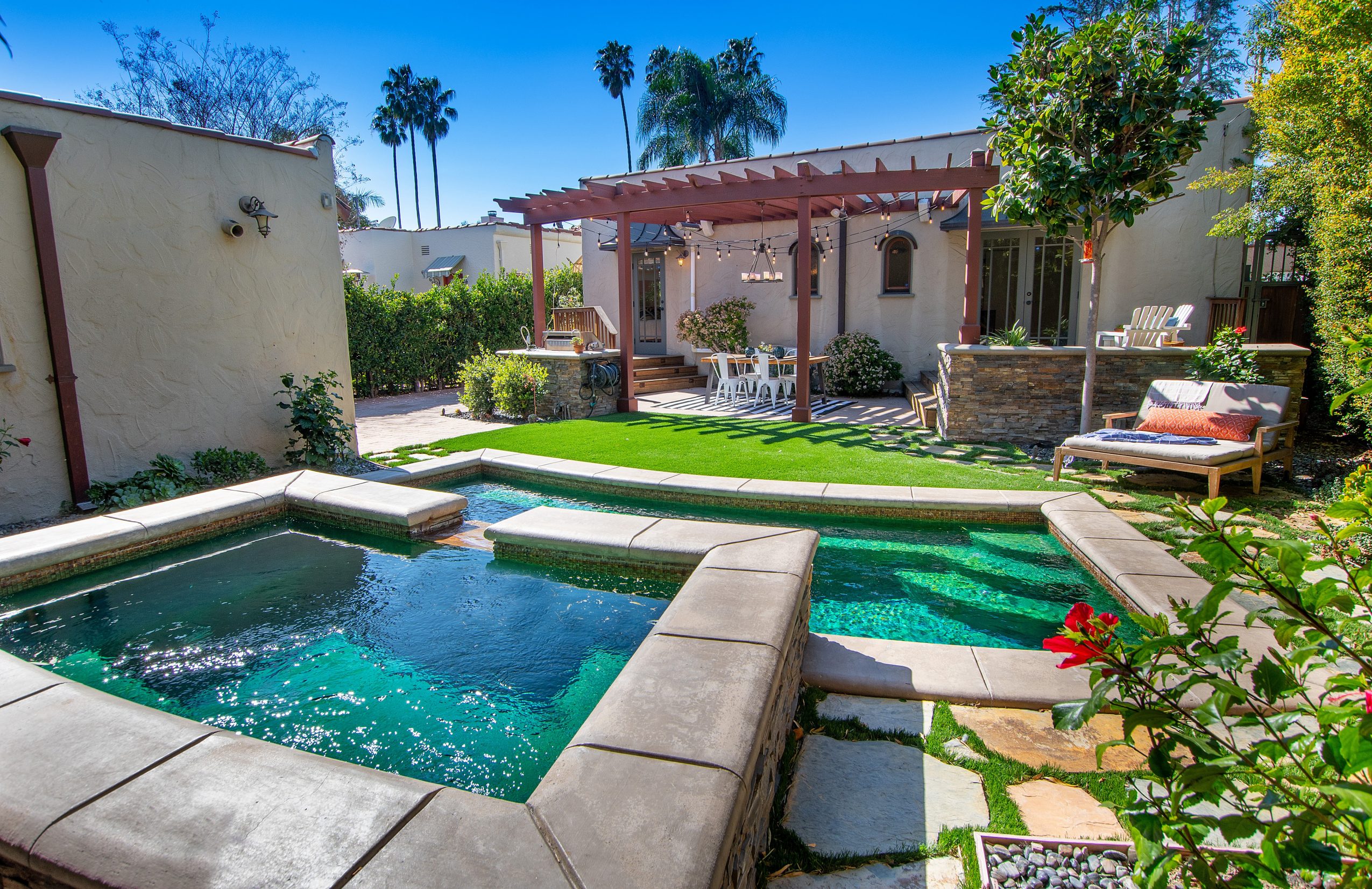 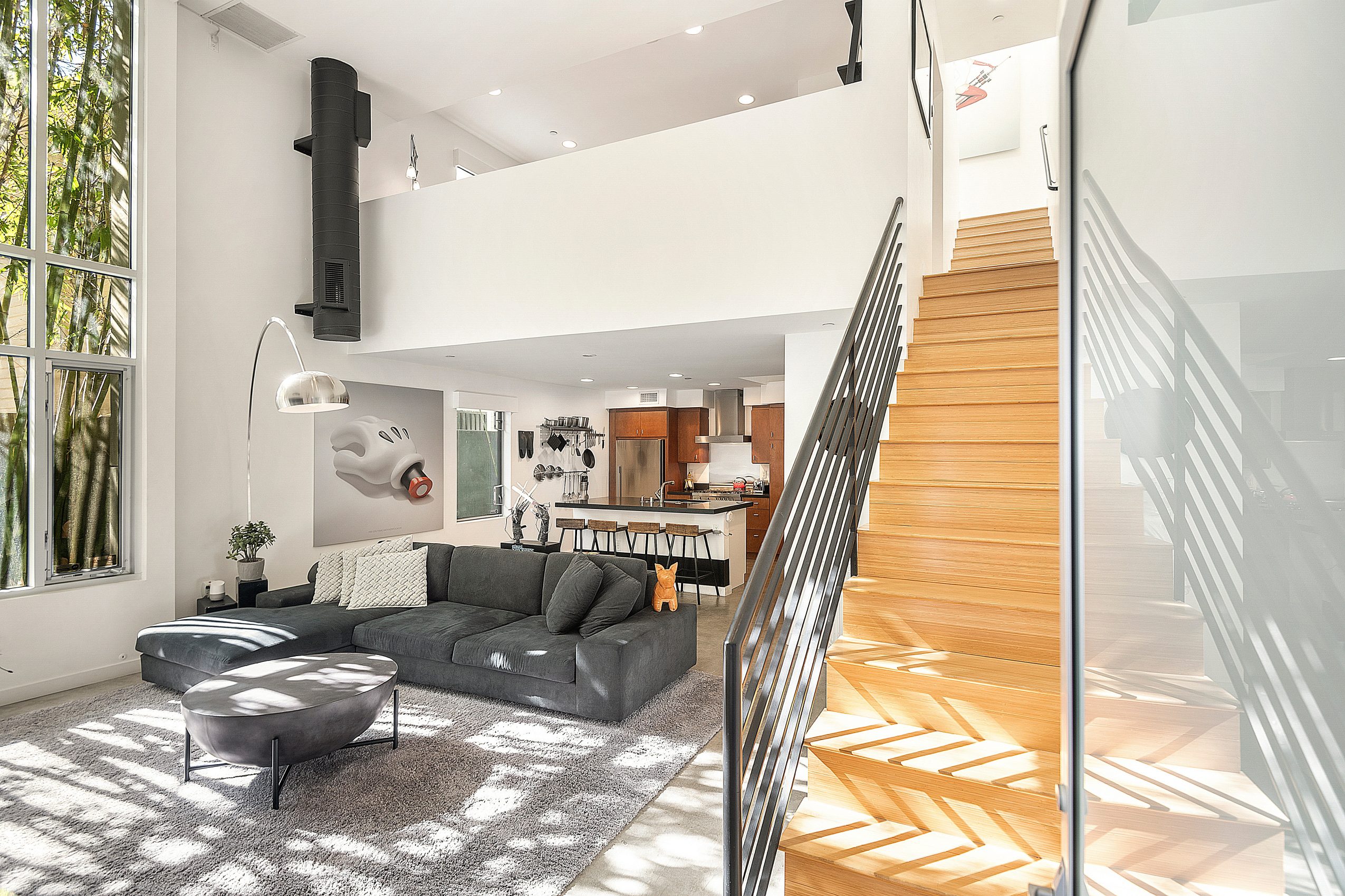 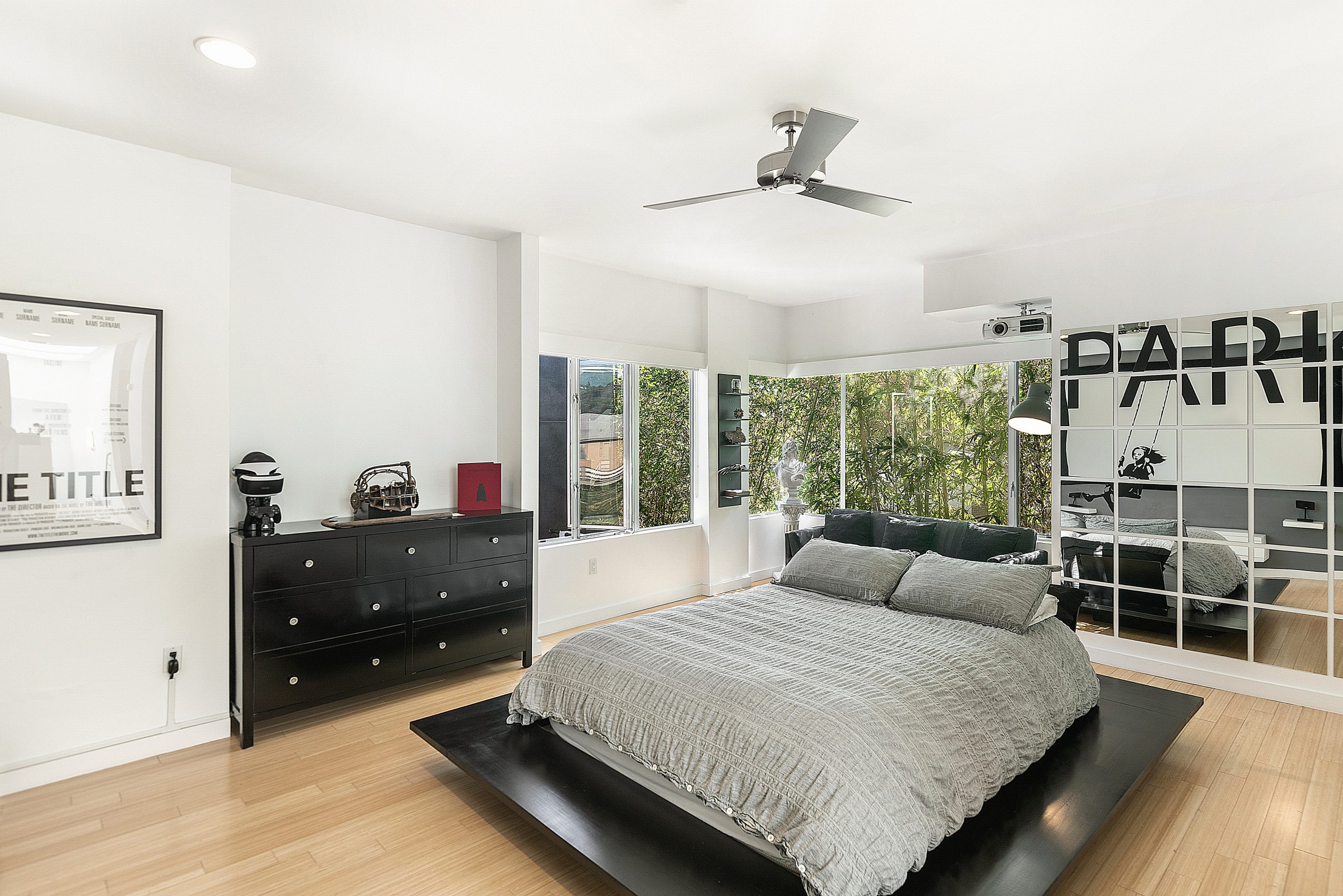 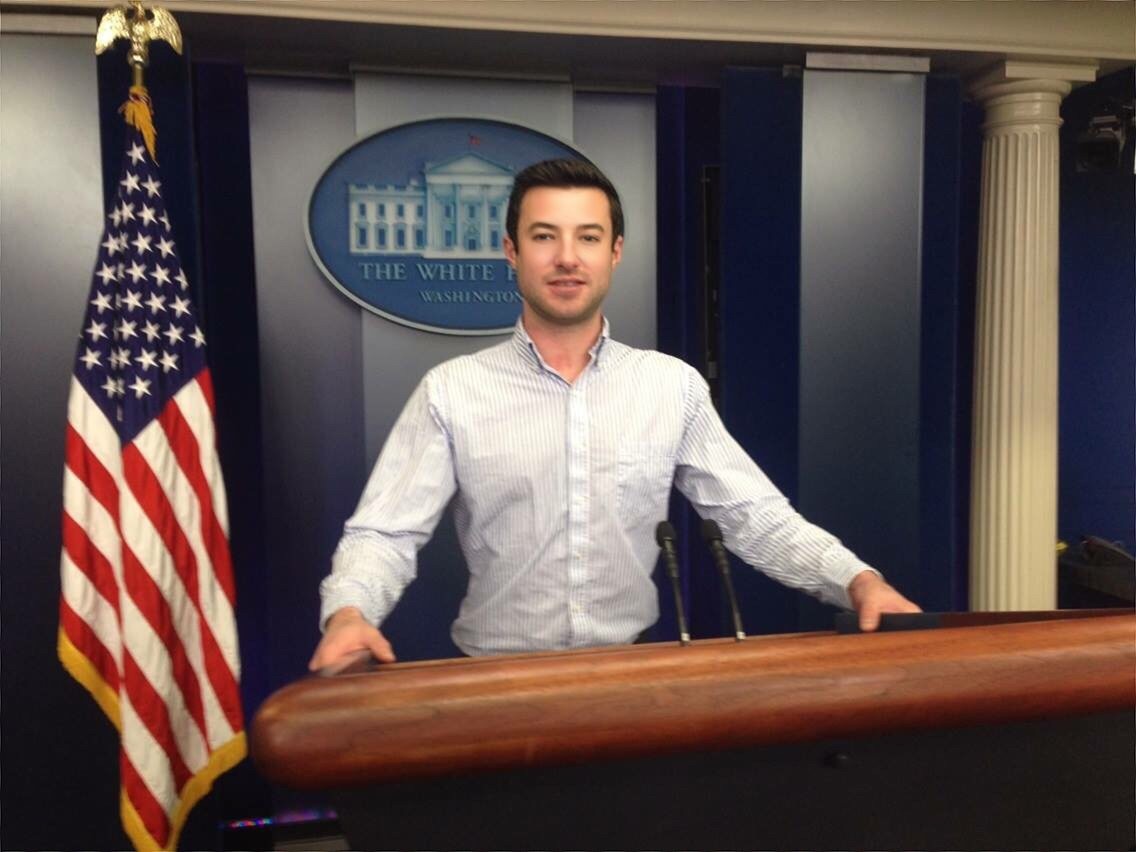 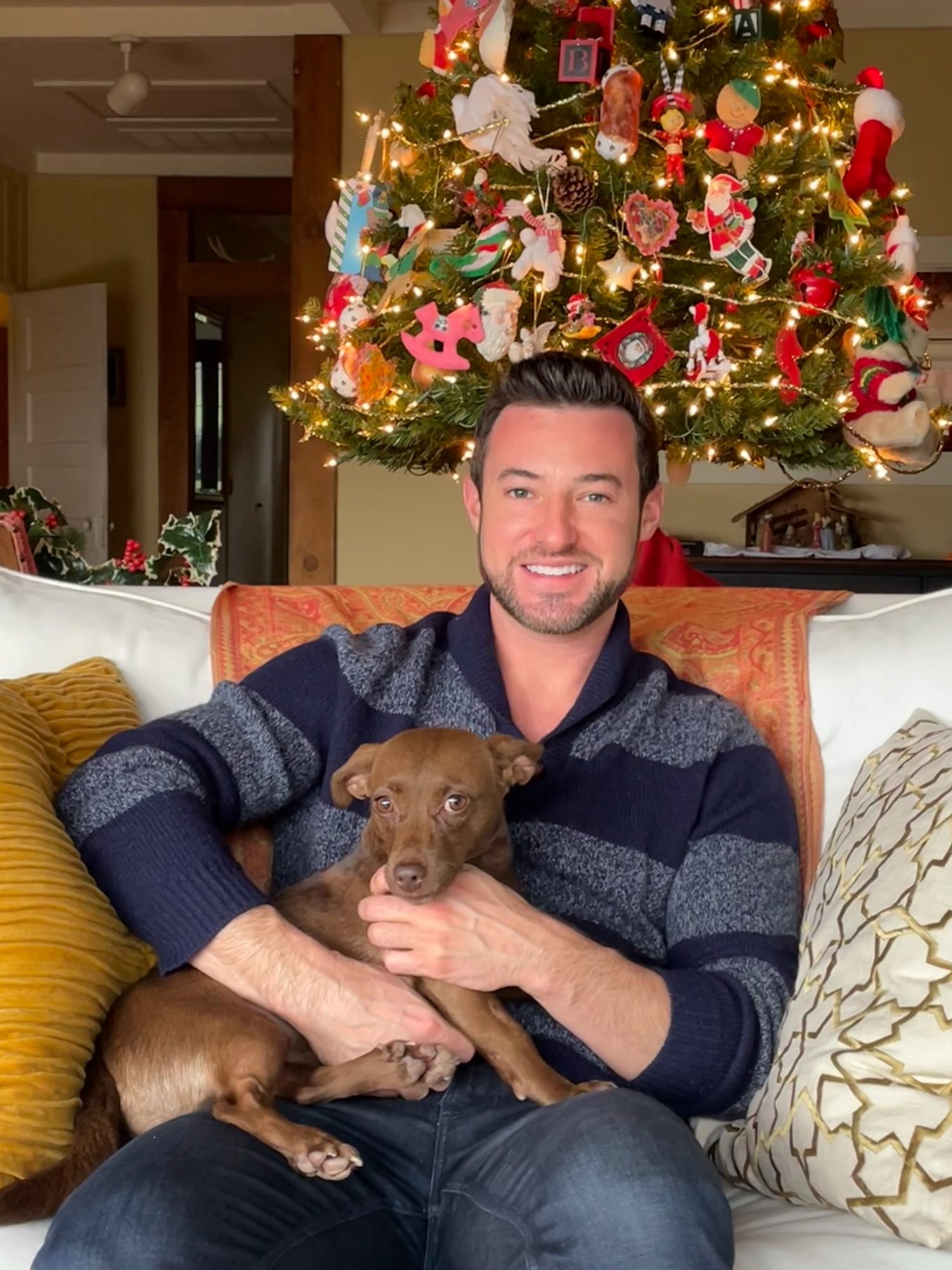 Image Credits
Adam Latham – (Only for the real estate photography)