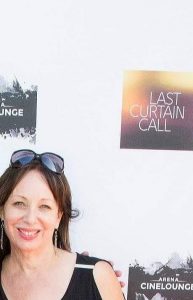 Today we’d like to introduce you to Deborah Gilels.

Hi Deborah, so excited to have you with us today. What can you tell us about your story?
I started out in my early 20’s working in the office of the famed jazz musician Lionel Hampton in New York City. I was pursuing an acting career that eventually led me to the off-broadway scene, producing and acting in plays. I discovered that I loved working behind the scenes and wanted to work in the film and television business in that capacity – developing content. I met a producer from the New York office of Paramount, who gave me some strong advice and a few referrals. A few months later, I moved out to Los Angeles. Beginning as a story analyst, I was challenged at typing screenplay and book coverage in the era of typewriters and white-out – no computers. OMG!  Fortunately, I was able to gain some credibility in that realm and go on to work in development and production. As an executive, I supervised television and film development deals at Warner Brothers, Twentieth Century Fox, and PFG Entertainment.

As a producer, I developed projects with actors Robert Duvall and Rachel Leigh Cook; writers/directors A. Scott Berg, Michael Hirst, and Paul Verhoeven, companies such as: Disney, ESPN, and New Line Cinema/TV. I was later an executive for a Japanese Media Company, acquiring and producing film/television content for the Japan and Korea. In this job, I also covered festivals and film markets. Eventually, I opened my own media consulting company, specializing in PR, marketing and distribution strategy. As a publicist, I work with a lot an indie filmmakers and also with several anime and animation companies. One of my goals is to turn some of my favorite anime series into live-action TV series. I have been a guest lecturer at USC Film School, UCLA Extension, Columbia College Hollywood, ASU and LA Film School, and an active board member for the LA Femme Film Festival for the past 15 years. So you could say I have mastered the art of reinvention – possibly by the decades! I’m having a great time doing it – the ultimate challenge.

Can you talk to us a bit about the challenges and lessons you’ve learned along the way. Looking back would you say it’s been easy or smooth in retrospect?
Not at all. When I was younger, it wasn’t that easy for me going from job to job in the business. In-between I had side jobs like bartending, selling vacations on the phone (LOL), raising money for political causes, writing for magazines, being a perfume model for Elizabeth Taylor’s Passion perfume and even selling my baked goods in office buildings. When I was pursuing projects as an independent producer, it was really hard to survive. It can take years to get film projects off the ground. I was eventually able to make a semi-decent living as a freelance story analyst. Even then, I spent my days pitching projects and meeting with my collaborators and most nights on a deadline to get my script coverage in on time. Thankfully, I had begun practicing Nichiren Buddhism in the early 1980s and through my Buddhist practice learned to turn adversity into fuel for inner transformation and victory. No matter how difficult the obstacle, I have never been defeated. I came to realize that setbacks are only temporary and that anything is possible if I believe in myself and my potential, as well as in the potential of others.

Appreciate you sharing that. What should we know about LA Media Consultants?
LA Media Consultants offers a wide range of services that assist filmmakers, writers, actors and production companies enhance their visibility in the entertainment industry, as well as promote film and TV content by way of Public Relations, Marketing, Distribution Strategies, and Project Development. We have successfully run PR campaigns for independent films, documentaries, and animation/anime films, as well as project and strategic development for production companies, writers and directors. We assist clients build their representation teams, introduce them to potential creative and strategic partners as well as sales and distribution companies. I would say the most fun are working on a film project from festivals through distribution, assisting the client through each phase – getting the project the maximum visibility via PR and marketing to successfully launch their films in the marketplace. Since no two people are alike, our promotional packages are tailor-made to fit each of our client’s needs to help them succeed in their aspirational goals. I think the range of experience is what makes the company unique.

Risk taking is a topic that people have widely differing views on – we’d love to hear your thoughts.
I think that if you want to accomplish something out of your comfort zone, you will have to take a risk at some point. I am someone who often takes risks but have better prepared myself for the journey along the way as I’ve gotten older. My sudden move to LA was a huge risk – I had a few referrals and no job, but I found my way. At one time, I left one of my executive jobs to pursue making a documentary – this risk paid off. I co-wrote and exec produced “Bearing the Torch: Politics & the Olympics” for ESPN. I believe it was one of the first sports documentaries they ever acquired. When I was an indie producer – THAT was a huge risk – and I didn’t prepare myself properly for the ride. At one point, everything crashed – and I had to build my life again. I was lucky to land the job with the Japanese media company and my life was opened up to a whole other side of the business that actually was the “missing piece” to my trajectory as an indie producer. A few years later, when I took the next risk to build my new business, I was much better prepared and succeeded. I think risk-taking is important and it’s relative from person to person how large or small it is. But I’ve learned to look at this as an adventure and what we gain inside our lives is often much more valuable than our original goal. 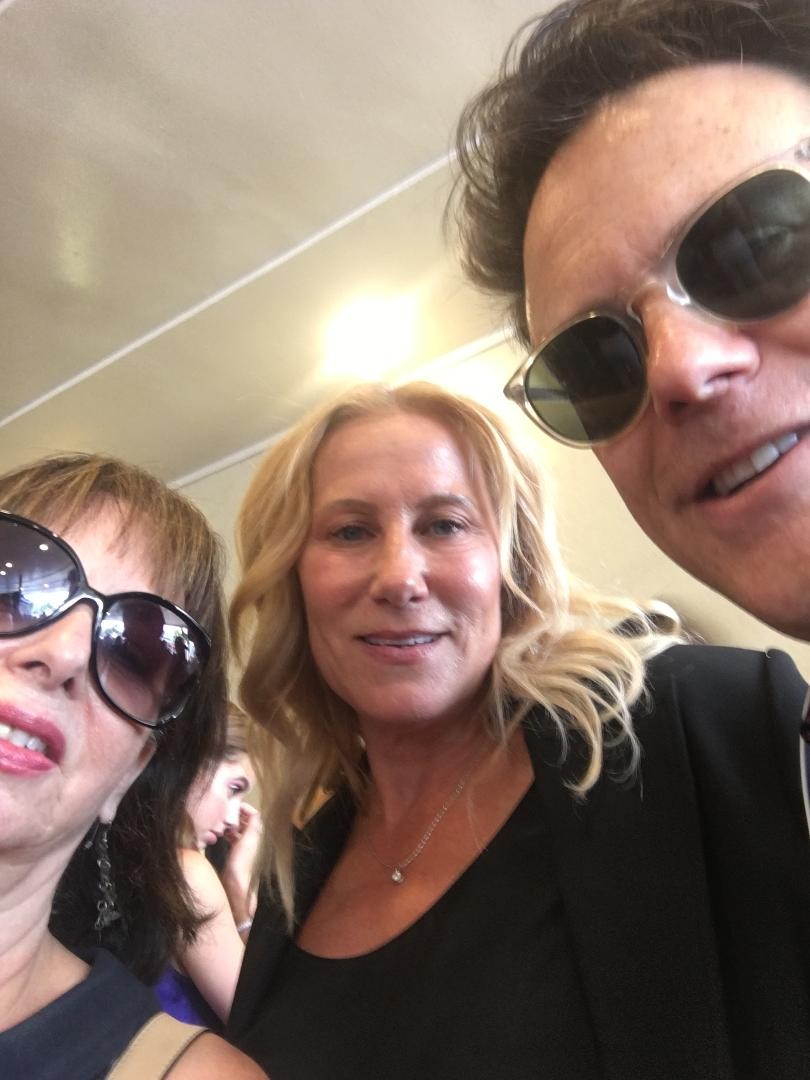 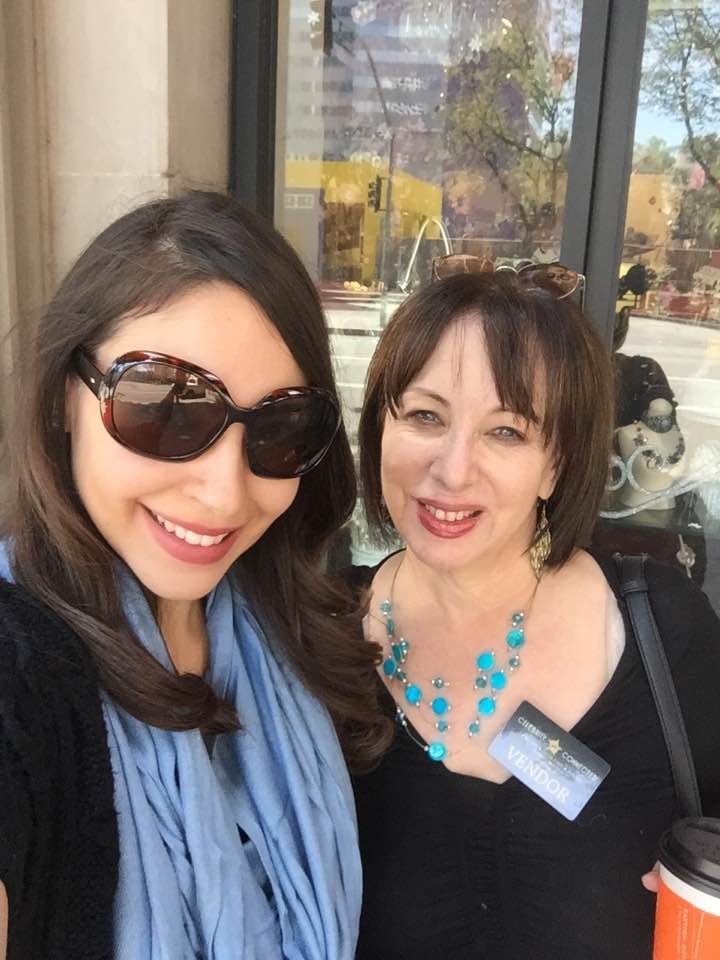 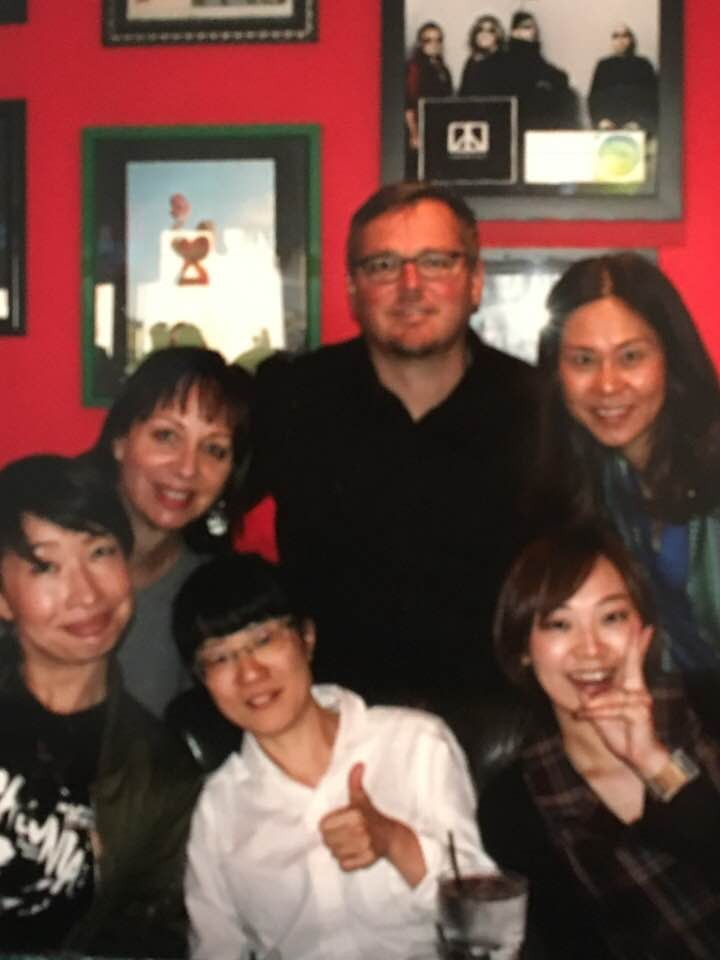 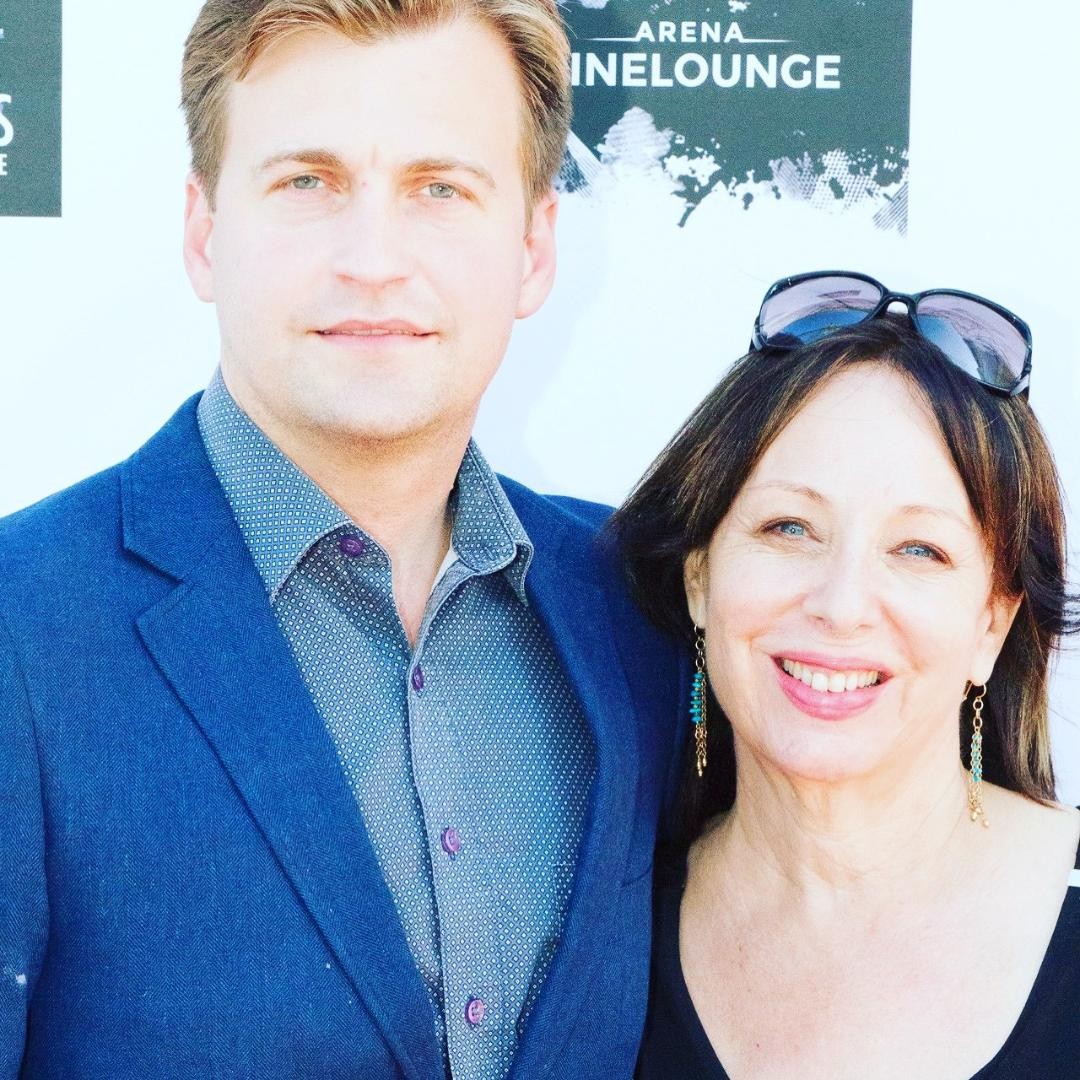 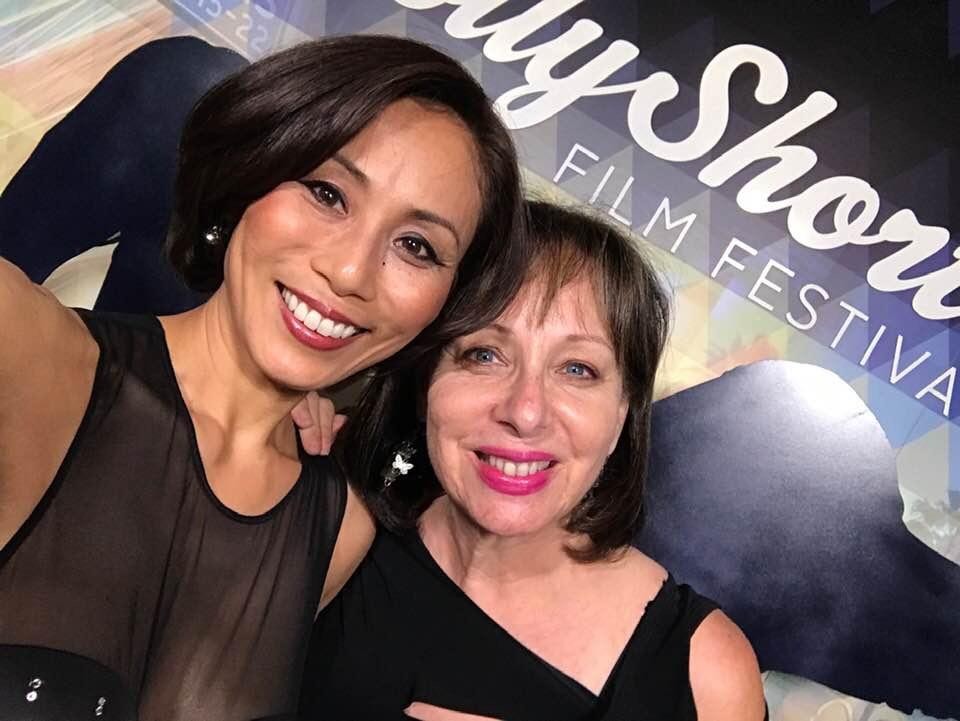 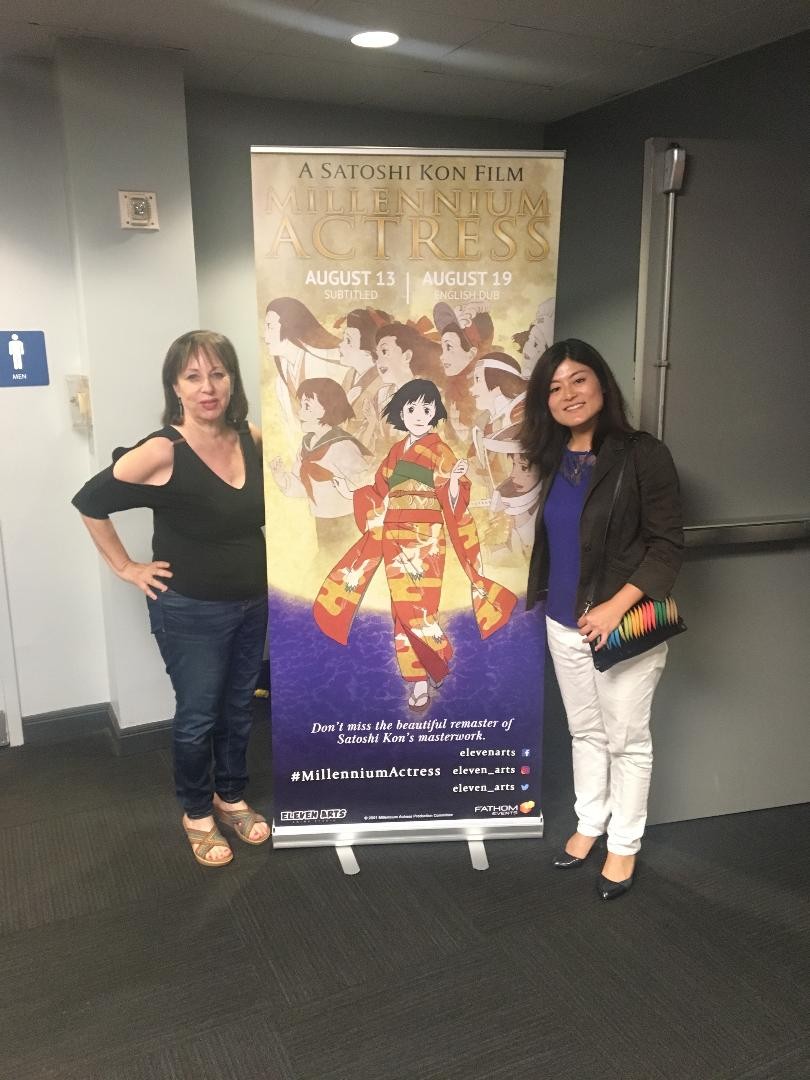