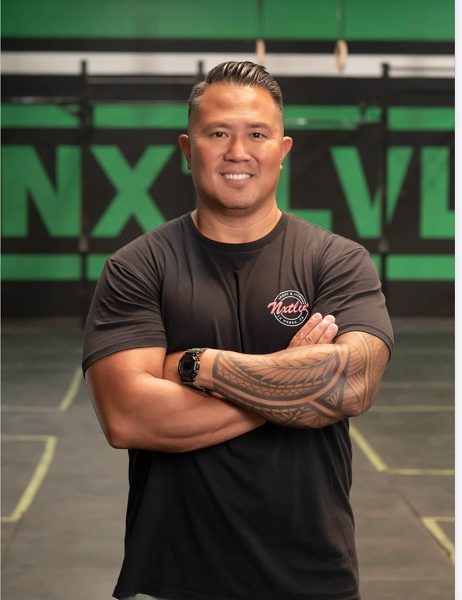 Today we’d like to introduce you to Joseph Herrera.

Hi Joseph, please kick things off for us with an introduction to yourself and your story.
I became a personal trainer in 2001 after I had graduated college. It started off as a way to work in a gym as a personal trainer and get a free membership where I could workout and play basketball. I did not think it would workout like it did 20 years later in 2021. You see, after I graduated college with a degree in Health Science, I had my eyes set on owning my own termite company. I had worked as a termite inspector throughout the last few years of college to help pay for school and some bills. But it wasn’t until I went to a friend’s party and met someone who was working as the manager of the L.A. Fitness in La Habra. My friend Pete enticed me to work for him especially finding out that I was making only $500 a week which is what his assistant managers made.

I worked both jobs for a while, but it decided to call it quits in the termite business when I got sick going underneath a house in Manhattan Beach that was full of dried up cat poop that made me sick for a week!

So after working in the big box gyms for about 2-3 years, I decided to work for myself renting space at a local small gym for a few years until I decided to open up my own gym back in 2004.

I opened up in a small studio owned by my friend Gina who rented it out to a Pilates instructor. It wasn’t working out with that instructor so she offered the 700 square ft building to me. I took it and that where Next Level Training was born.

I was in that building for about five years working mainly by myself. During those years, I learned a lot of things in the business of fitness. The times owning my business back in 2004-2010 was a very crucial time in the world. This was when the internet was starting to take over marketing in the new millennium. Social Media was a must if you wanted to be seen or heard about. I had to learn this or else get left behind in the business world. The best phones back then were Motorola, Blackberry, and Nokia. iPhones were not even invented yet, only the cool iPods were around back then. Usually, if you wanted to be heard about, you would try your best to be put into the local paper or at best get on the news. In the fitness industry, you would pay money to enter contest on naming yourself the “personal trainer of the year” for whatever certification you had.

But soon after a few years, I started to notice a change in the world and especially the fitness industry. I noticed that the internet was starting to take over and it was easy to make a website and have it ranked online by just adding your business information and putting out some pictures of your gym and maybe some videos. I found out about this website called Yelp which helped get your business ranked in the local community. I was always fascinated about advertising about what I did in my small little gym where I was doing small group training which was becoming a hit and growing in my little gym. This type of training would later led to a fitness phenomenon called Fitness Bootcamps!

As my business started growing, I realized I need to get into a bigger facility. So I looked around other locations around my area, but leases for surrounding building were expensive and I was a little afraid to pull the trigger. So I had reached out to a friend that I had worked with at LA Fitness who also had a small gym and wanted to grow. He was actually a really good friend Conway and we had gone to Savanna High School in Anaheim together. We decided to go into a space about 2,500 square feet that was close to my existing gym. After five years of our business continuing to grow as the Fitness Bootcamps became the hottest workout around, we quickly outgrew the space we had. At this time, we started to rent space to independent trainers that wanted space for their own clients.

In 2010, Conway and I took the risk and we leased our current building which was 12 times bigger that my first gym. This was 8,500 square feet and had high ceilings and a lot of parking. This gave us a better opportunity to fit more members per class in our Bootcamps. Also, we started offering CrossFit classes which added more variety in our memberships. Also, now that we had a bigger gym, we were very attractive to other independent trainers that wanted to rent space in our gym for their clients. At this point, I decided to change the way our name was spelled so I decided to change it from Next Level to NXTLVL. I wanted to change the name because everyone was starting to call their business Next Level, i.e. (Next Level Plumbing, Next Level Realtors, etc.). This helped up develop a cool logo and stand out.

We currently have about 25 independent trainers and coaches and have over 500 members.

Would you say it’s been a smooth road, and if not what are some of the biggest challenges you’ve faced along the way?
I have had our share of ups and downs during my years owning my business these past 17 years. But nothing was worse than when the 2020 Pandemic hit the world. This was the first time we shut the doors due to the lockdown. I was quick to act where I turned my garage into a gym where I could train my clients. I also had to figure out about Zoom and how to get our clients who were still paying for membership some value. We rented out some equipment like dumbbells, jump ropes, and weight bars for member to use while at home. Zoom was working out but it was not the same experience you got inside the gym. I was working nonstop trying to find out about how to re-open my gym and also applying for grants, government loans that were being offered to businesses like mine. We were lucky enough to be located in Orange County where the Covid lockdown rules were a little less strict than the ones in LA County. It broke my heart to hear about gyms closing left and right during the pandemic. I was determined to get my doors open so I can bring our members back safely so I kept looking at Covid protocols that other gyms in other states like Florida and Arizona were using since they were allowed to open earlier.

After four months of being shut down, NXTLVL opened its doors again and we have been open since July 2020. I had developed Covid guidelines that helped us stay safe and not have any outbreaks.

During this time, God had answered my prayers by giving me an opportunity to be on a show called “Who Wants to be a Millionaire” where I won $250,000 to help with life. God is good.

Appreciate you sharing that. What should we know about NXTLVL Sport and Fitness?
We are a hybrid gym and offers personal training, fitness classes like Bootcamps and CrossFit, and also open gym. We are known for providing excellent service and a great atmosphere where you will feel the gyms energy during classes. What sets us apart from other gyms is the fact that the coaches, trainers, and owners are unified as one great team that lookout for each other. I am most proud that we have been a staple in our community for over 17 years in business and have been training generations of local La Habra residents. It is awesome to know that I have literally trained clients since they were in high school and now training their own kids.

I want readers to know that NXTLVL is not just a gym. A lot of people call it their second home where they are a part of a community of awesome individuals that love working out.

What would you say have been one of the most important lessons you’ve learned?
God gave us all a “GIFT” in life. A gift is something. You can do with ease where someone else finds very hard to do. I found my “GIFT” in life. That was to inspire people to be strong and healthy. Opening up NXTLVL wasn’t easy to do, but because I had a passion in fitness, I never gave up. 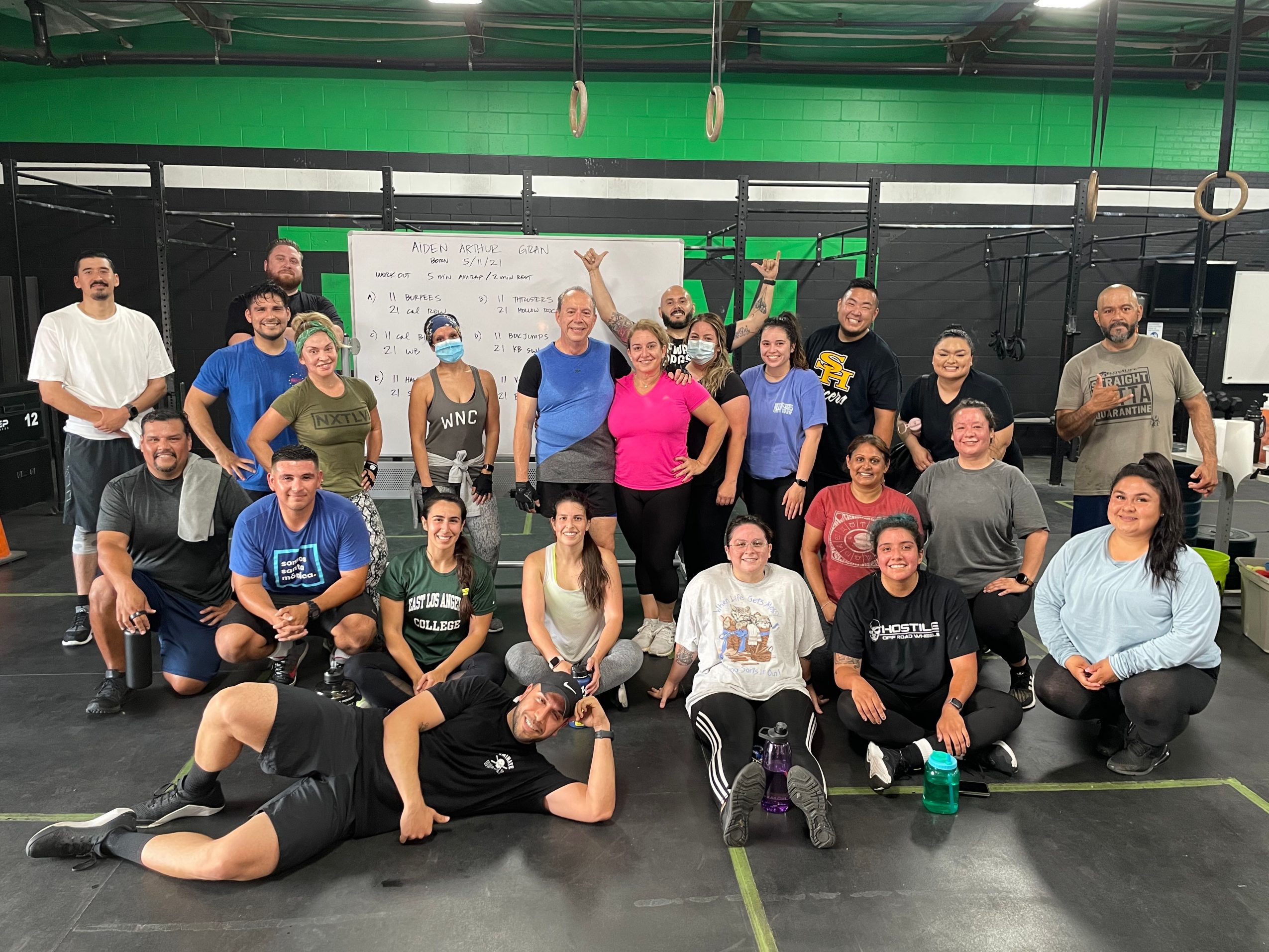 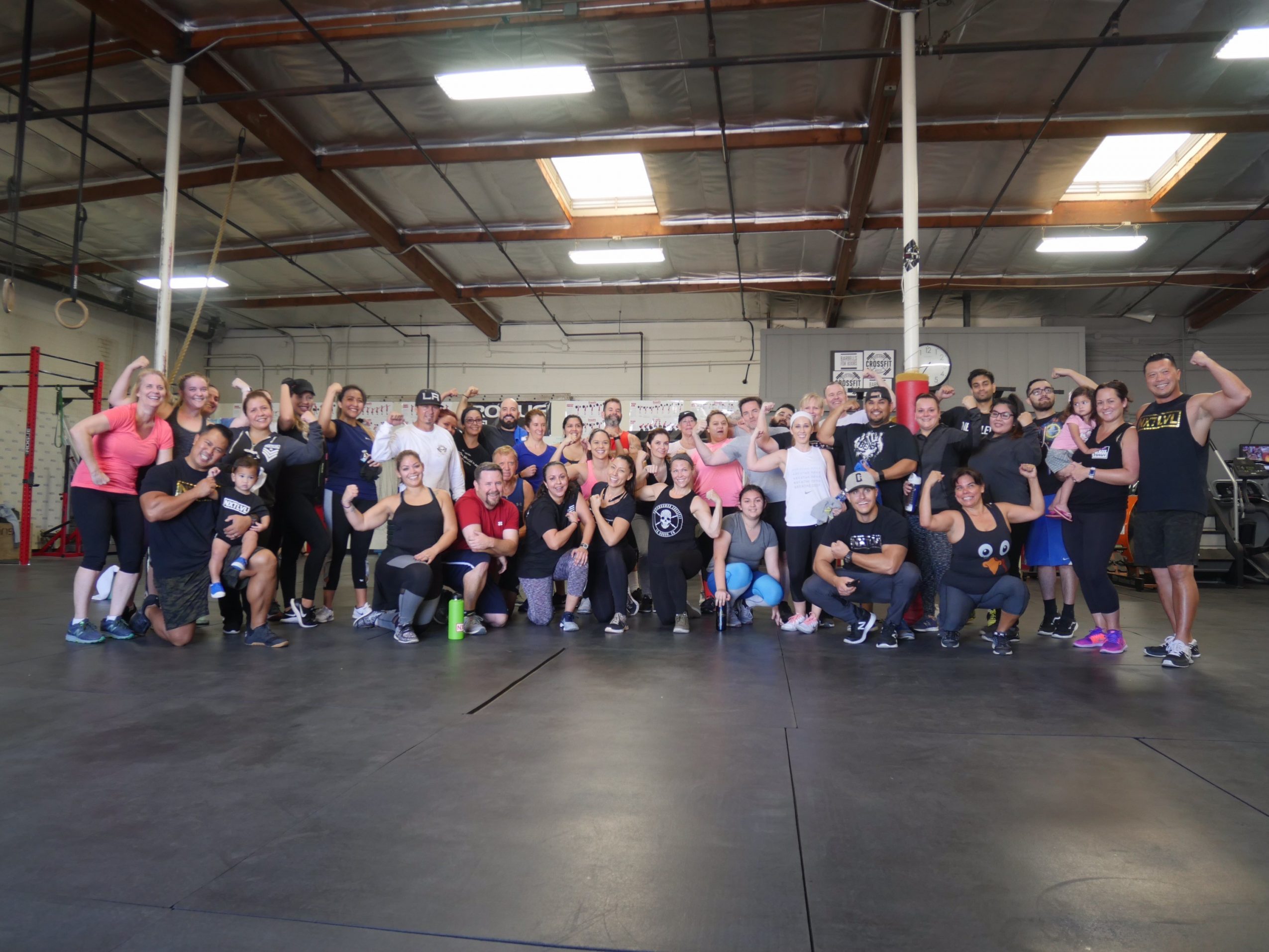 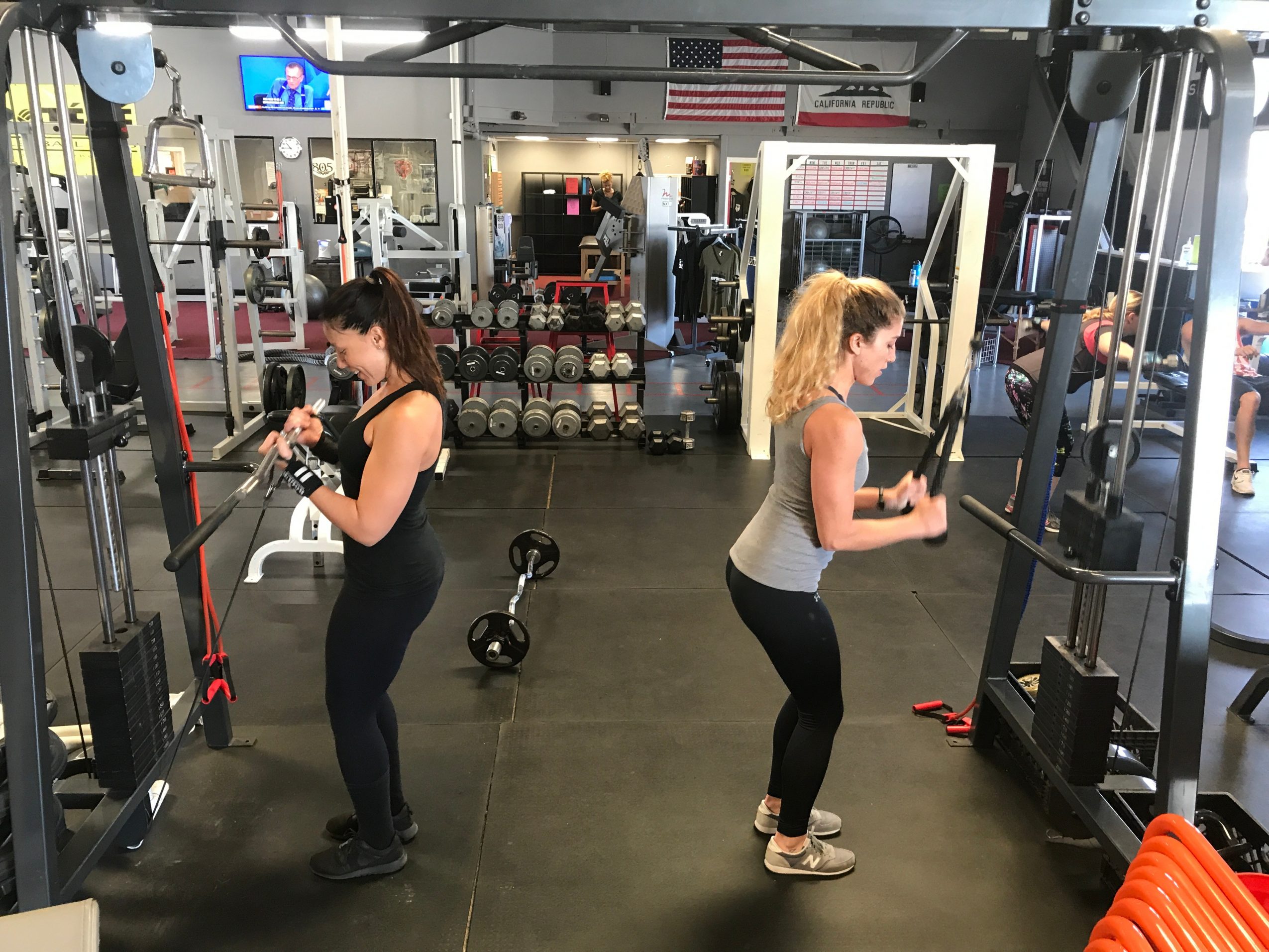 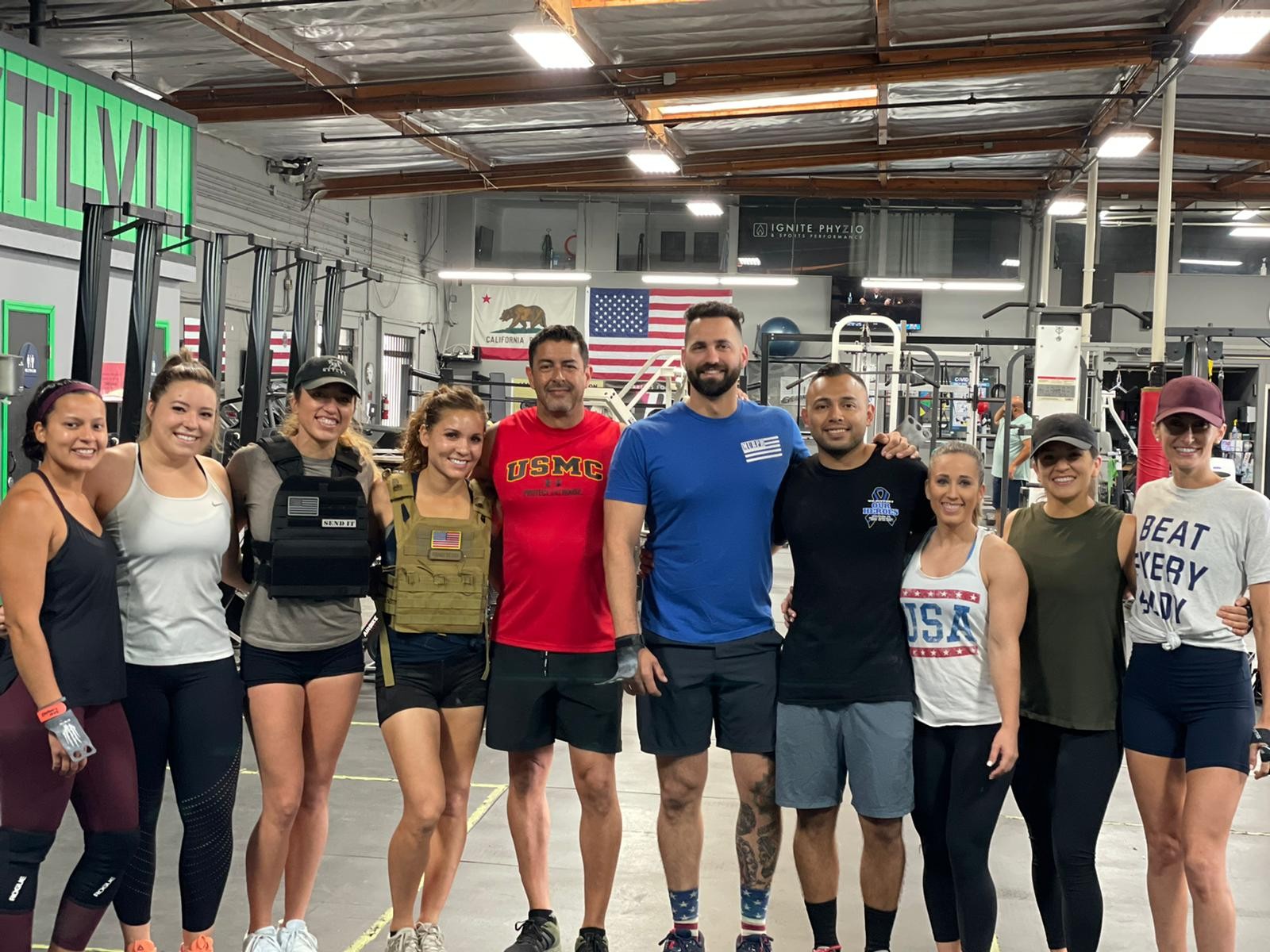 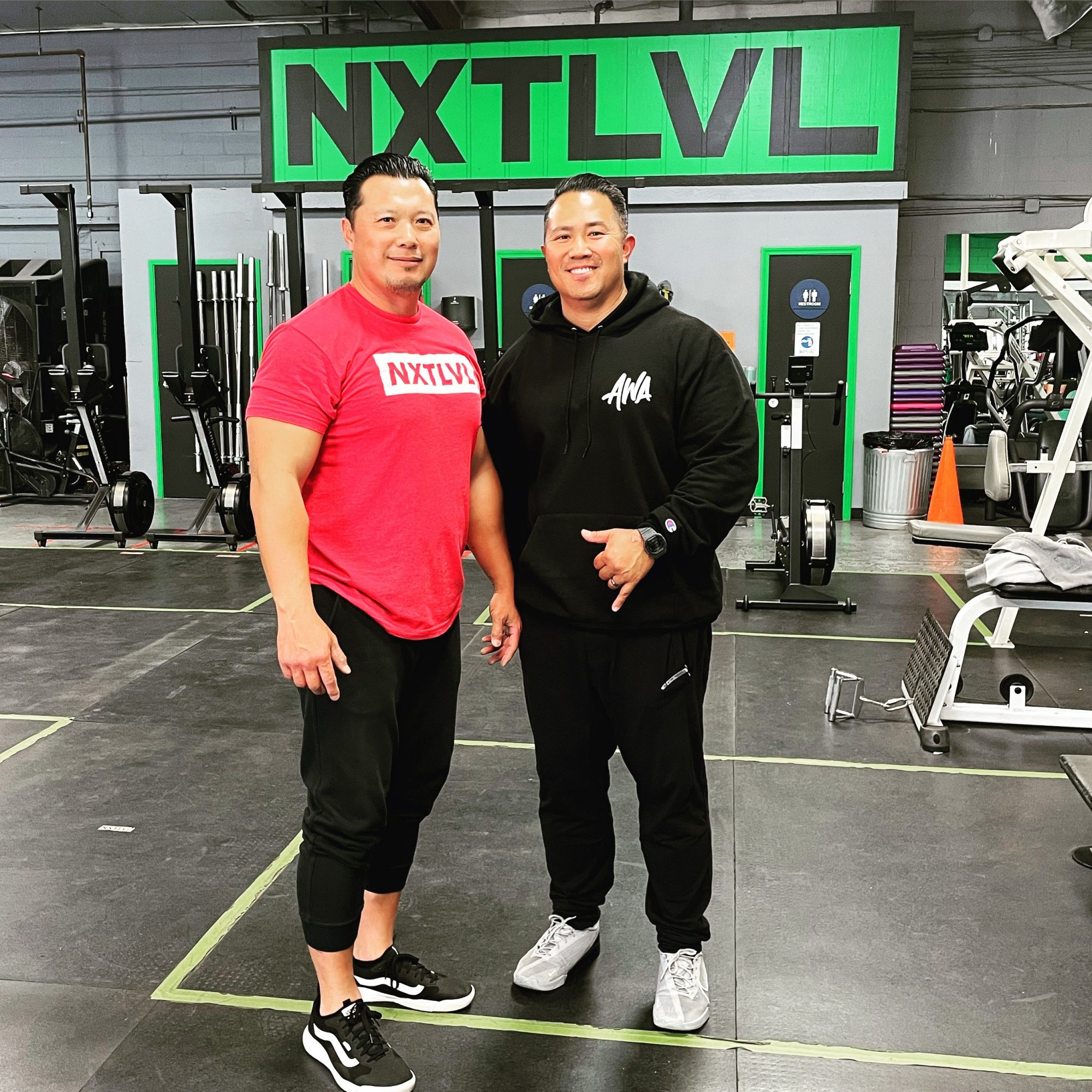 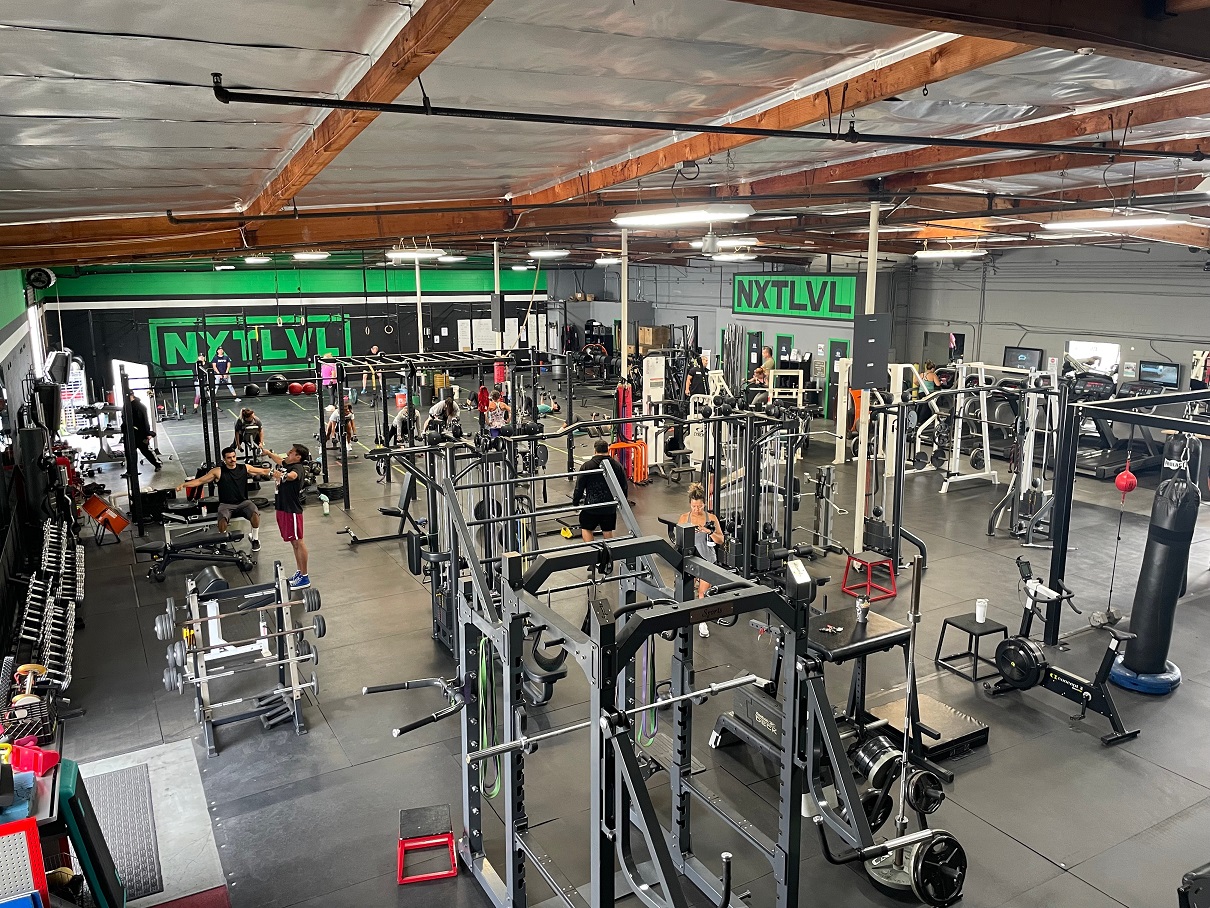 Image Credits:
Credit “Who Wants to be a Millionaire” show for the picture.