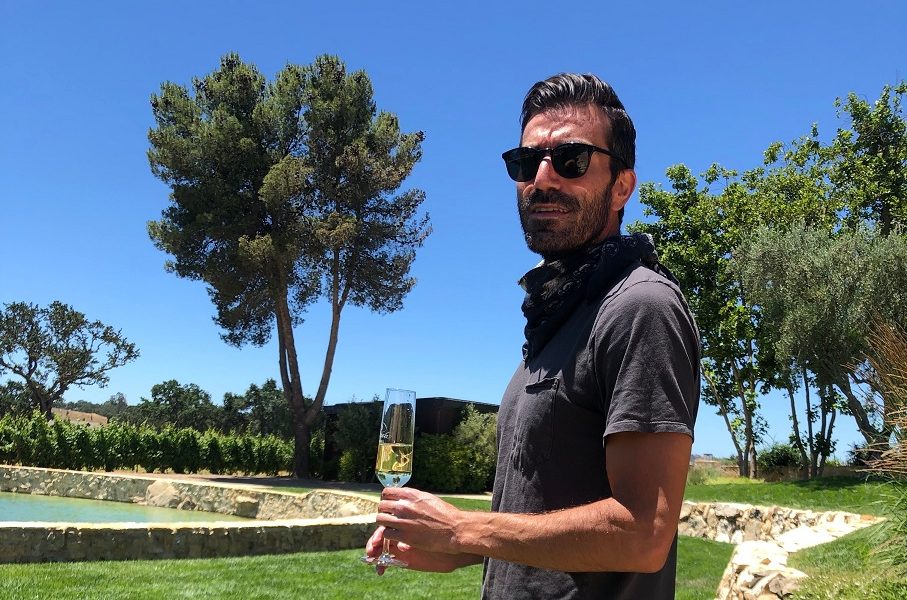 Today we’d like to introduce you to Josh Entman.

Hi Josh, we’d love for you to start by introducing yourself.
I got my start in media as an intern at Entrepreneur Magazine in Chicago working as a sales assistant to the Midwest Advertising Director. I was 20 years old, and he was a great mentor and friend; someone who showed me the ropes, which, at the time, included plenty of clients entertaining and relationship building practices. Those two back-to-back summers as an intern were an education on stewardship and one of the primary seeds that led me to LA to pursue a career in media. First, as an advertising sales executive working for a slew of digitally-native startups. And later, as an entrepreneur with a novel concept around the licensing of short-form, user-generated content. Little did I know at the time (2006) that there was a groundswell of social startups converging at the intersection of media and technology. Facebook and YouTube were still in their infancy, and we didn’t even have iPhones yet. Platforms were becoming the new variants, and the wide-ranging effects this would have on the entertainment industry, and broadly speaking, the attention economy, was unprecedented.

Like any Millennial, I became obsessed and immersed in digital content; a proud constituent of the LA-based tech boom that became known as Silicon Beach. Over time, the emergence of digital media companies like ours became the content backbone of the larger tech giants up north; a community of aggregators, publishers, meme generators, challenger brands, and grassroots influencers that helped shaped the feed-driven social constructs we rely on to this very day. As co-founder, I was fortunate to have a seat at the table with a company that disrupted user-generated entertainment and became one of the largest video publishers in the world. Like cable television or the magazine industry before that, the onslaught of content providers from the 2010’s ushered in a new wave of smaller, passionate, fan-oriented communities that repopularized niche, enthusiast categories. That’s where I sit today, as Founder and Chief Executive of a new wine community and media platform for Millennials and Gen-Z. It’s called Vinohead.

I’m sure you wouldn’t say it’s been obstacle free, but so far would you say the journey have been a fairly smooth road?
While the journey has been incredible every step of the way, it was not without challenges. There were plenty of roadblocks to overcome. In fact, I’m sure I’ve glazed over countless minor struggles that somehow ended up strengthening our value proposition. The struggles, much like the successes, ebb and flow like a stock ticker or EKG monitor. Most of the time, they come and go without much fanfare. But the side effects of both can have similar underpinnings. In my previous startup, we were always the underdog. Under-funded, under-represented, under-utilized, and pretty much under-the radar. We weren’t the sexiest business and that’s okay. We didn’t conform to other businesses because our business model was different. There were no true analogs. We had our own flywheel that deviated from the so-called competition. And yet, no matter how many times we told people that user-generated content was the future of storytelling, and no matter how many times we pointed to a changing of the guard, our business and the content that genetically held it all together was always considered to be amateur, low-level clickbait.

And for the longest time, the industry was dogmatic that this type of content was merely a distraction, not an attraction. It was a tough pill to swallow. Sometimes it’s hard to calculate vision, adopt early, and be a true changemaker. But if anyone would have removed themselves from the rank and file of old school media oligarchy, stepped back and took a worldview audit on the pulse of society, I’m certain they would’ve seen the importance of what we were doing sooner. Eventually, after years of quietly plugging away and sticking to our core strength, the tide shifted and brands and publishers finally started to acknowledge the merits of our philosophy. The struggle to justify that acceptance is part of what motivates you to succeed. I feel like I face a similar uphill battle with the wine industry. I must be a glutton for punishment.

As you know, we’re big fans of Vinohead. For our readers who might not be as familiar what can you tell them about the brand?
At Vinohead, we’re building the preeminent wine community and digital media platform for the next generation of wine enthusiasts. With a fan-first approach, we’re changing the way young consumers discover, experience, and ultimately purchase wine online or at their favorite local shop… We do that by sending out a free weekly newsletter every Friday that is full of originally-crafted wine reviews, wine recommendations, wine guides, interviews, interesting crossover stories from around the wine world, and plenty of pop culture references. Millennials and Gen-Z make up the largest cohort of wine drinkers in the world. And yet, until now, we didn’t have a reliable source of information that was speaking to our modern interests in wine culture. We’re definitely not reading the same old dusty wine magazines that adorn our parents’ coffee table. That I can assure you.

We’re interested in new styles, new techniques, new regions, new producers, and new methods of communication that enhance our wine genesis. As a result, it’s only natural that we gravitate towards a new media voice that acts like us and talks like us — even one that programs and posts like us. Thus, an idea was hatched and a community was born to unite and represent our progressive interests in wine. If you work in wine, or you’re a fan of wine, or you simply like to drink wine to decompress after a long day of work, you are part of this orbit. You are a Vinohead. This isn’t reserved for some uber wealthy, high society, collector’s emporium of wine snobs. This is an iconoclast referendum for an on-demand generation that relies on inclusivity. It’s how we live. Vinohead is a true reflection of that tenet.

So, before we go, how can our readers or others connect or collaborate with you? How can they support you?
For starters, if you love wine in any capacity, you should sign up for our free weekly newsletter at vinohead.co. No expertise required. No intimidation allowed. We believe all wine drinkers are created equal, from 2-buck chuck to DRC. I think you’ll find our editorial to be succinct, direct, lively, irreverent, and fully intended for this young, culturally-relevant audience. We know firsthand that buying wine is hard. There are so many choices. The newsletter is our central nervous system to educate and assist you in your own personal wine exploration; a hyper-curated, top-of-funnel stream that condenses the expansive wine world into a digestible, stripped down, easy-to-read format that stacks nicely in your inbox. Secondly, follow us on social. Like any of your favorite brands or influencers that you follow, this is where we expand on our universe with engaging, fan-focused, mobile-first content.

We’re primarily active on Instagram for now but have aggressive launch plans on adjacent social networks like TikTok, Snap, and Clubhouse rolling out over the next several months. Our short-form, digital magazine style formats include a healthy combination of editorial, photo, video, and audio — with the release of our original wine podcasts slated for the Spring. Altogether, our 360-degree content sphere is where you get an immersive, behind-the-scenes look at the places we visit, the people we meet, and the wines we drink. All in real-time. I challenge anyone who enjoys wine to say they wouldn’t like to come along for the ride. After all, this is about democratizing wine for the people and making it fun. I promise you won’t be disappointed. 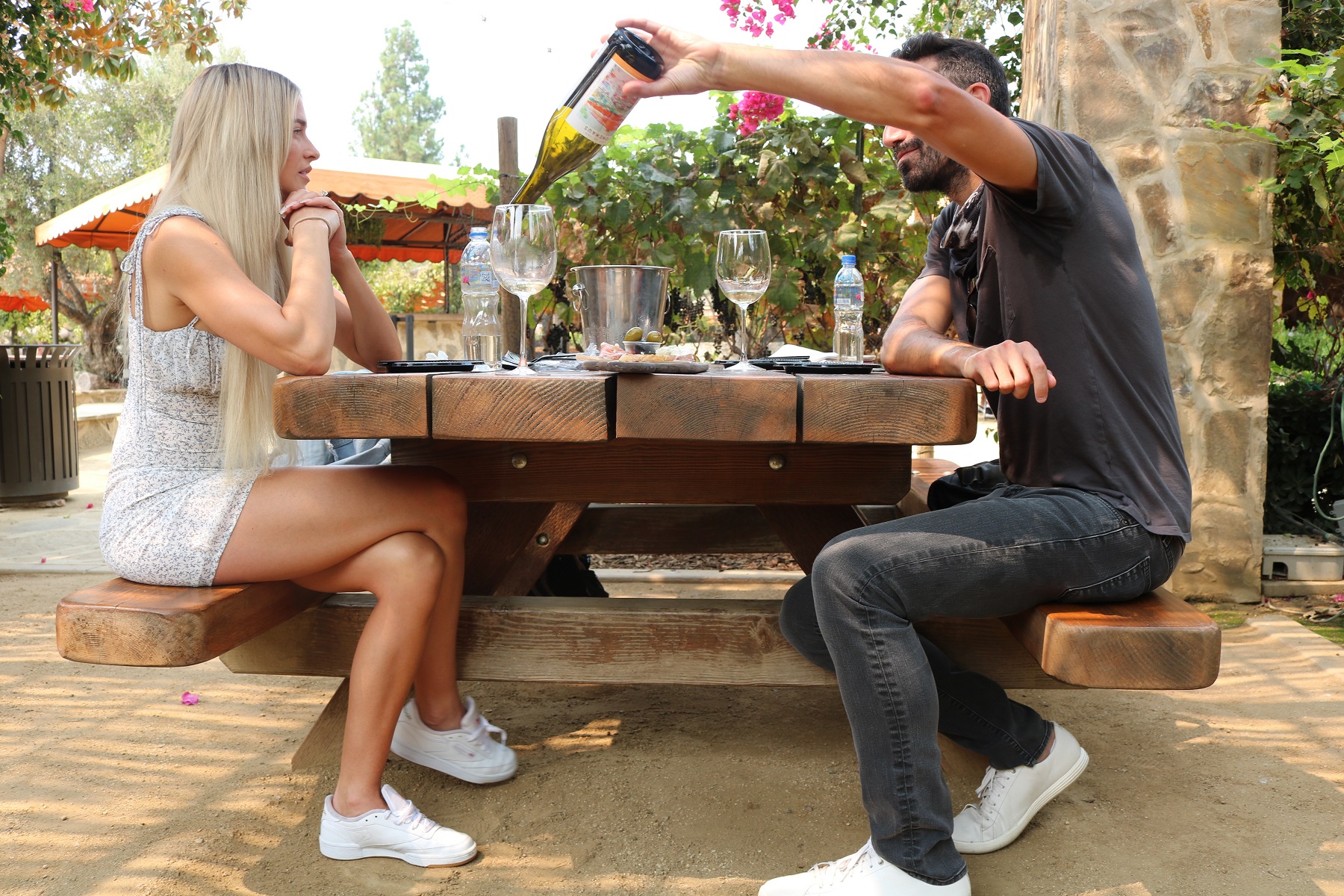 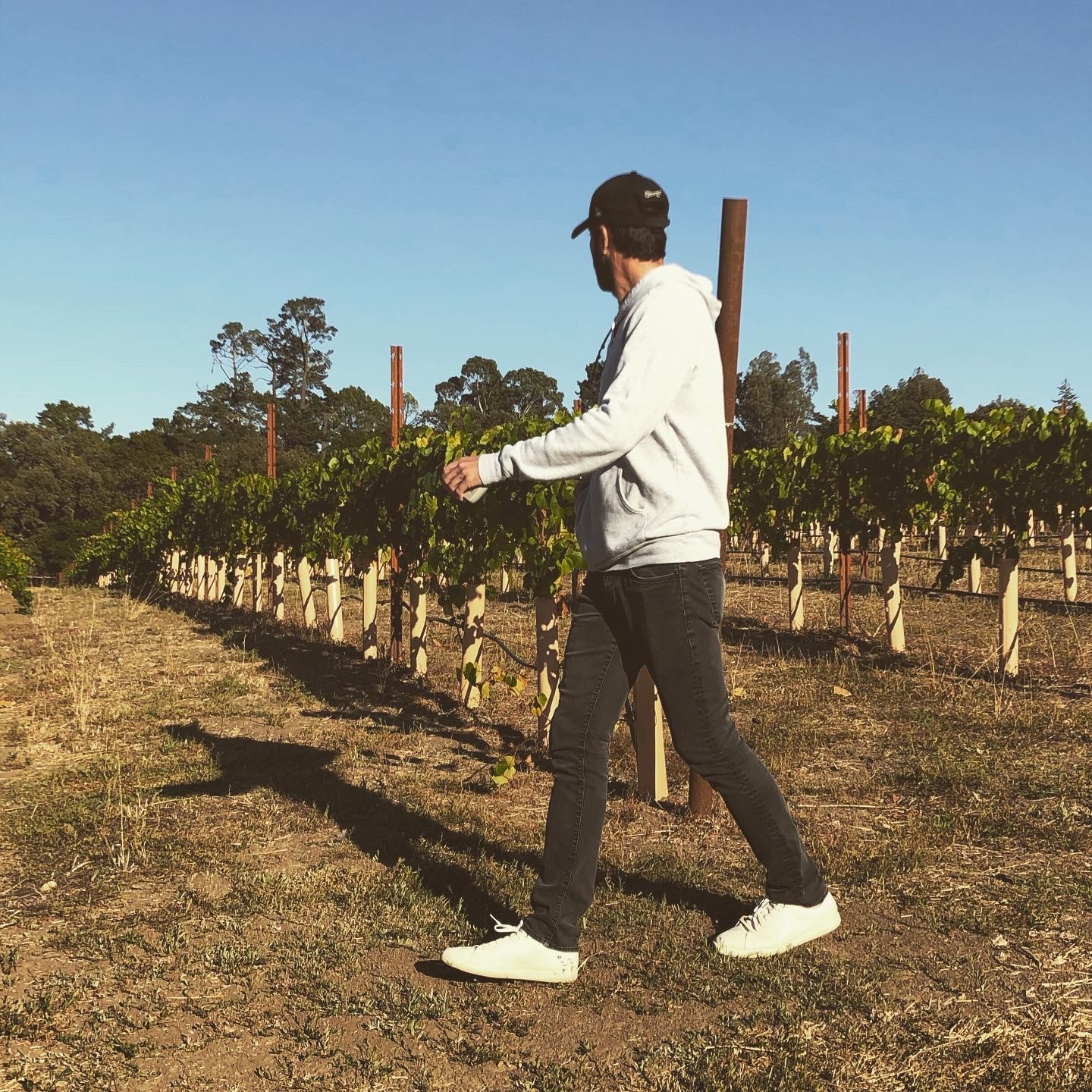 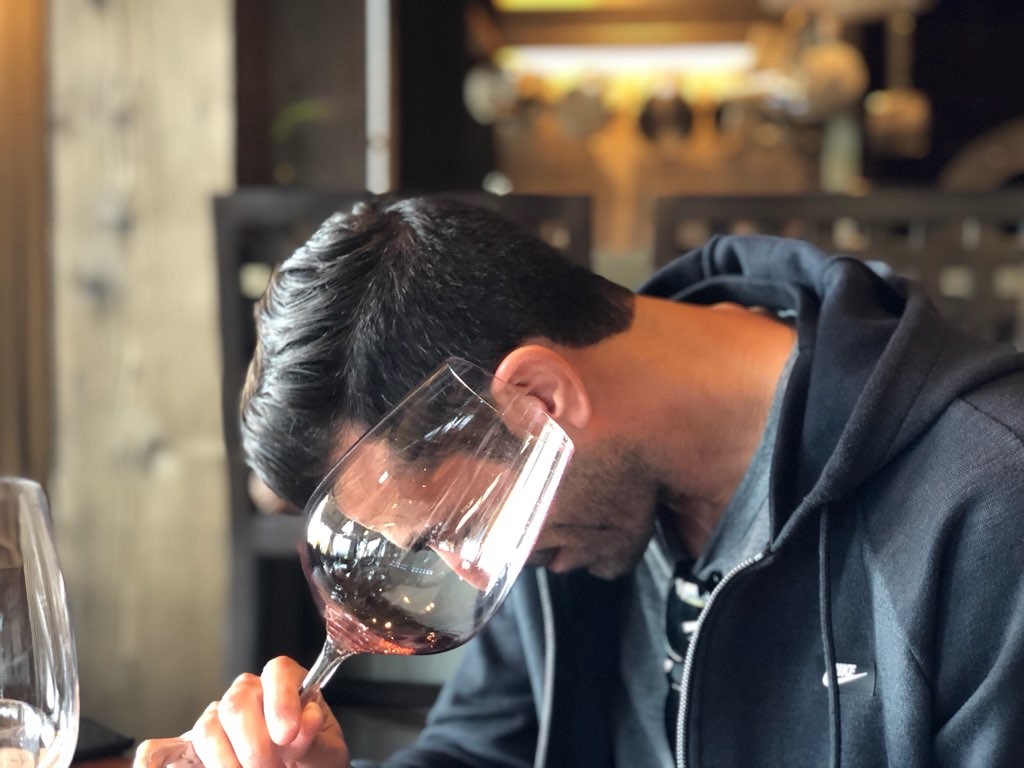 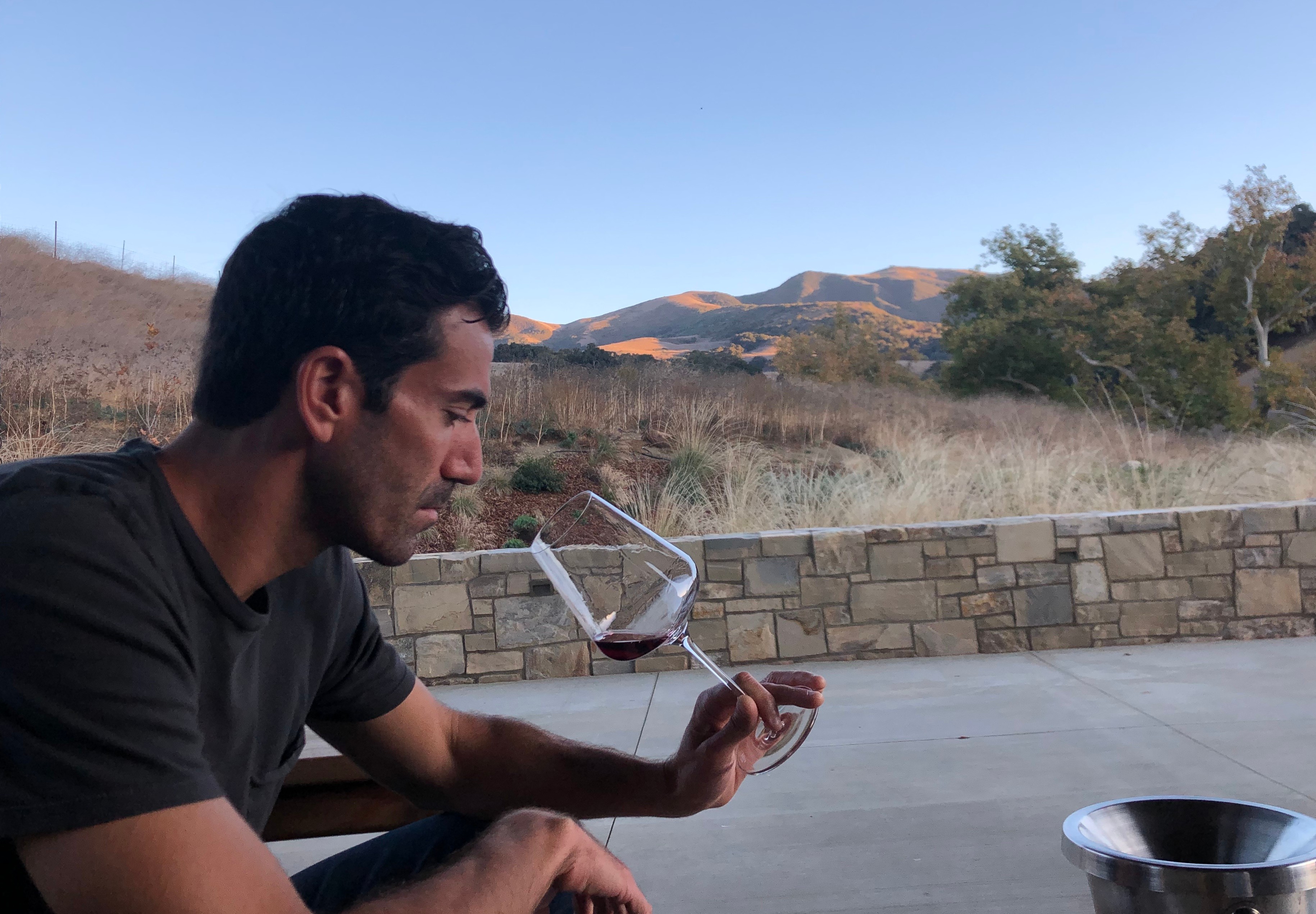 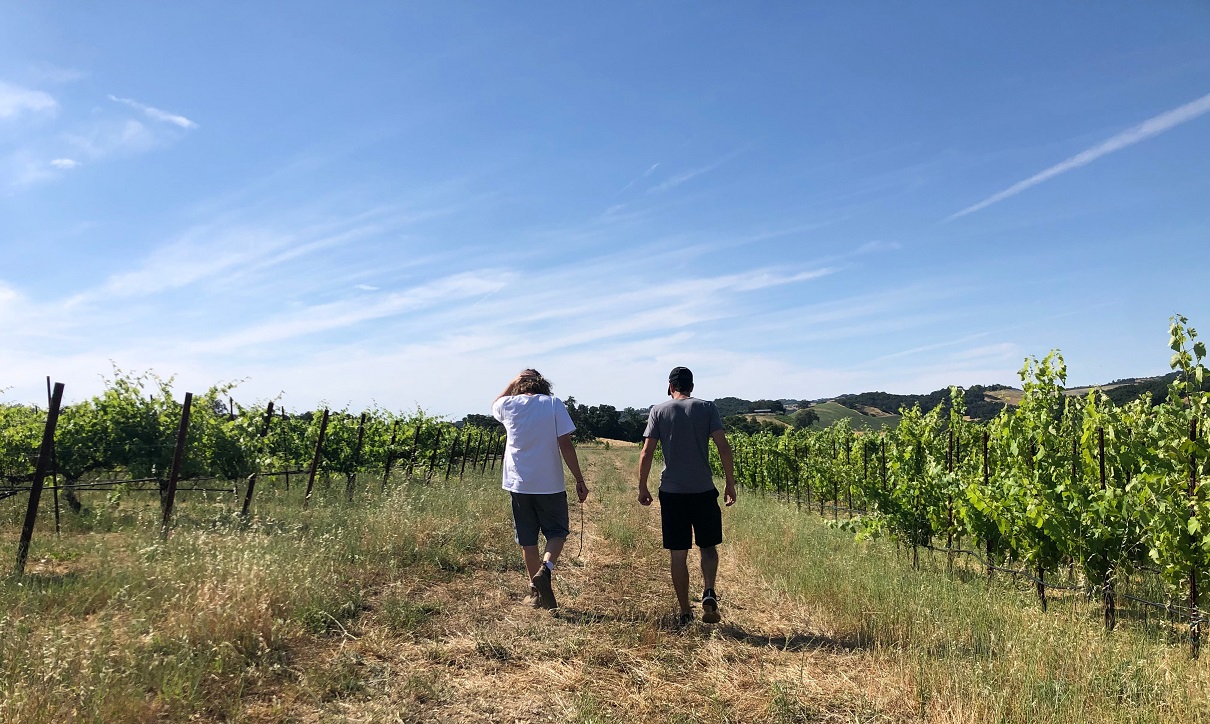