Exploring Life & Business with Elise Arsenault of The Global Actor 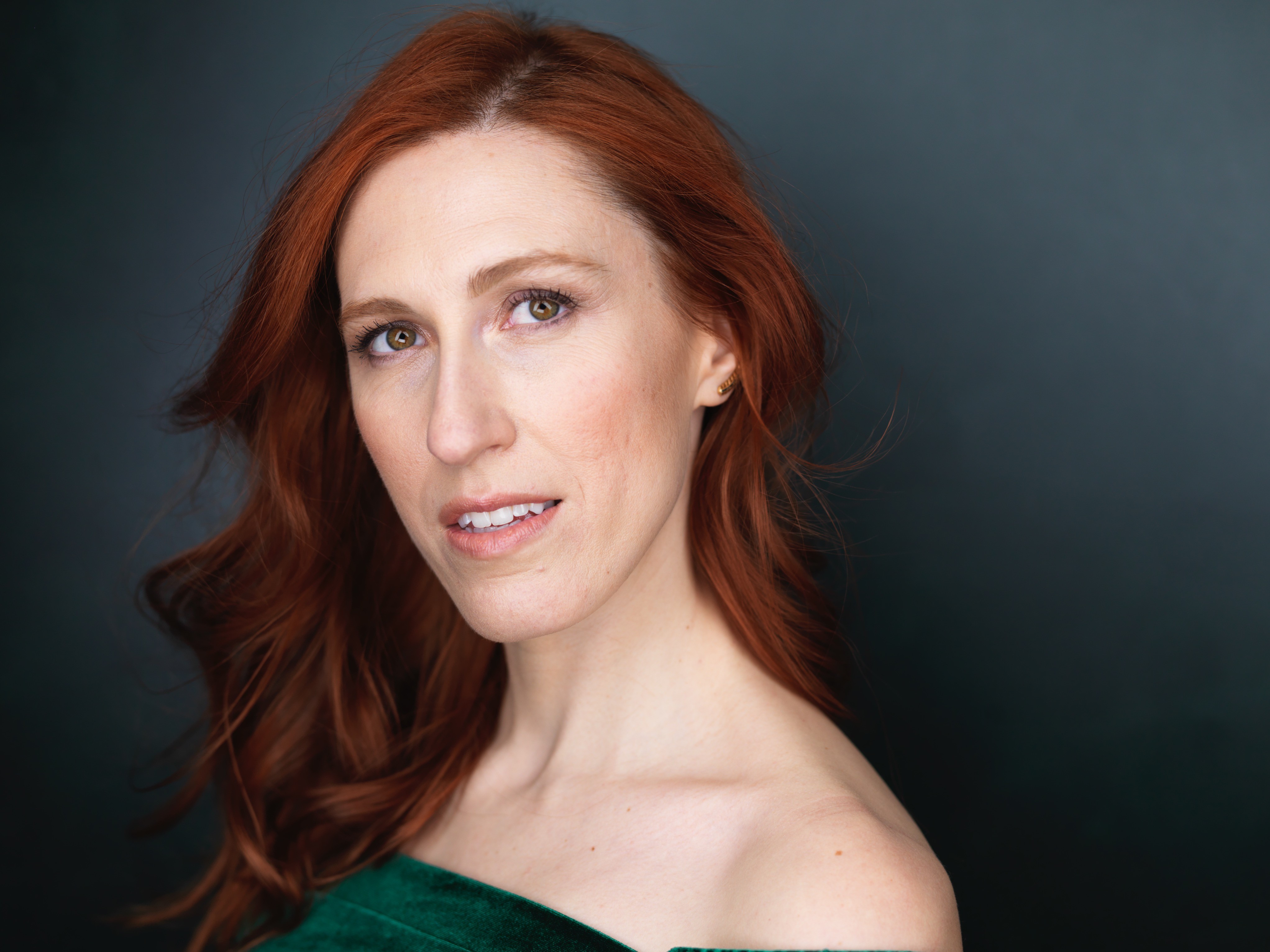 Today we’d like to introduce you to Elise Arsenault.

Hi Elise, thanks for joining us today. We’d love for you to start by introducing yourself.
From the age of five, really as far back as I can remember, I knew I would become an actress. Watching Full House as a kid, I saw child actors taking up space on the screen and it just felt like that was for me. From then on, I took steps to fulfill this dream in every way I could. I grew up in the smallish, picturesque town of Bristol, RI, one of five kids. The only daughter of the high school band director, I was exposed to opportunities to perform at a young age. While school performances were available to me, my big dreams were no match for those around me. My parents wanted security for me and so I was encouraged to become an educator and follow the family trade of teaching. I did not love that idea, and to quote Belle from Beauty & the Beast, I would often break out singing “I want much more than this provincial life!” I wanted to go out and see the much bigger world as soon as I had the opportunity.

And so, I went to college 500 miles from home. I became a professional actress while in college at George Mason University in the DC area. At the time, there was an Equity (union) theatre in residence at the university and I was cast and performed in a new plays festival, getting paid to act for the first time – I was hooked! Shortly after graduation, I toured the country with Missoula Children’s Theatre, dubbed the Peace Corps of Theatre, bringing theatre to small towns across the country from Washington State to South Carolina and everywhere in between. I have always loved to travel and meet new people, so this was the perfect gig. For the next decade, I worked in regional theatre, promotions, film and TV, as well as every side hustle imaginable. My career traveled with me from DC to NYC and even back to New England. I attended the British American Drama Academy at Oxford. I studied improvisation with the late Gary Austin, founder of The Groundlings and voice with Thom Jones, renown dialect coach to A-list actors including Jennifer Hudson and Nicole Kidman. Regional theatre highlights include the World Premier of Jack Kerouac’s Beat Generation and several productions of Avenue Q.

Around 2014 or so, the voiceover world called to me. I created my first demo and began to search for work in this segment of the entertainment industry. I soon discovered that Audiobook Narration was for me. I narrated my first book in 2015 and since have voiced over 130 titles, favorite being Kim Possible for Disney. Audiobook narration has provided me a creative, flexible and significant income stream as an actor – giving me an overall sense of confidence and purpose – and a fab gig between TV, film and theatre opportunities. It was not enough to just do this work, though, I knew that I could help other actors get more out of their acting career if they just knew a bit more about this side of the industry. And so, my career coaching business, The Global Actor, was born in 2016. Through my work, I help actors “live where they want and work when they want”. And while many of my actor clients are LA-based, I believe that if they get creative, they can truly be a working actor from anywhere. Graduates of The Great Audiobook Adventure, my online course, live throughout the country, in Canada and abroad.

Would you say it’s been a smooth road, and if not what are some of the biggest challenges you’ve faced along the way?
Nope, nope, nope, not a smooth road, but I still travel forward. Each struggle I’ve overcome has taught me something solid and made me stronger in my ongoing creative journey. The first struggle was the resistance from family on leading a non-traditional path as a performer. This one was, and still can be tough, especially since we all want to please those closest to us. Having to miss family events over the years due to inflexible performance schedules is tricky. As a coach and narrator, though, I’m a bit more in command of my schedule and thankful for more freedom and personal time now than when I was “in the hustle” only. Another struggle was having to leave NYC in 2009 due to the recession. I moved from DC to New York right after the economy tanked, when even restaurant jobs were hard to come by. After years of debt piling up living in expensive cities, I ultimately left New York to move back in with my family.

I paid off bills and applied for grad school. I couldn’t see it at the time, but leaving the city was ultimately a positive as years later when I returned to the city part-time, I was there with a serious focus on the acting business, therefore auditions, workshops and bookings only, no longer waiting tables and distracted with expensive bills to pay. Moving to a smaller market also helped me build my professional theatre credits, join the union and gain confidence as a performer. It is this struggle that ultimately taught me what I would eventually teach as a career coach — the skills to run your acting career like the business it is. The third struggle that hit me soon after leaving New York was not being accepted to any of the prestigious grad school programs I had applied to. This was tough as I had trained and prepared for each of these auditions and put my heart on the line. Turns out grad school just wasn’t for me. I instead gained the training and experience I needed through private studies with voice and acting teachers, studying abroad at Oxford and just doing the professional work that was ahead of me.

Thanks for sharing that. So, maybe next you can tell us a bit more about your business?
The Global Actor is a career coaching community for actors who really want to reach big goals in their acting career and find peace and confidence overall in their life. I’m known for bringing focus + direction to actors’ careers helping them “live where they want + work when they want”. My clients receive not only tangible results – more bookings, solid representation, etc. – but a mindset to support it all! Through my online course The Great Audiobook Adventure, I help actors build a solid, creative and flexible income stream via Audiobook Narration so that they can tell stories and put their acting skills to use everyday, whether they’ve booked a TV/film gig or not. I teach what has worked for me and my dozens of clients who have found success along the way. My clients love my direct yet loving advice, consistent accountability and the supportive community we create inside each session and within our FB groups. I’m proud that when the pandemic hit, I knew I had something to offer through Audiobook Narration coaching. The audiobook industry has not stopped during this time, and so my course is a true solution for the actor who’s ready to get back to work. I’m also proud of my #StayAtHomeActor series where I gathered my fellow colleagues and favorite industry experts to give actors hope, motivation and free resources to keep them going through these pandemic times and beyond. 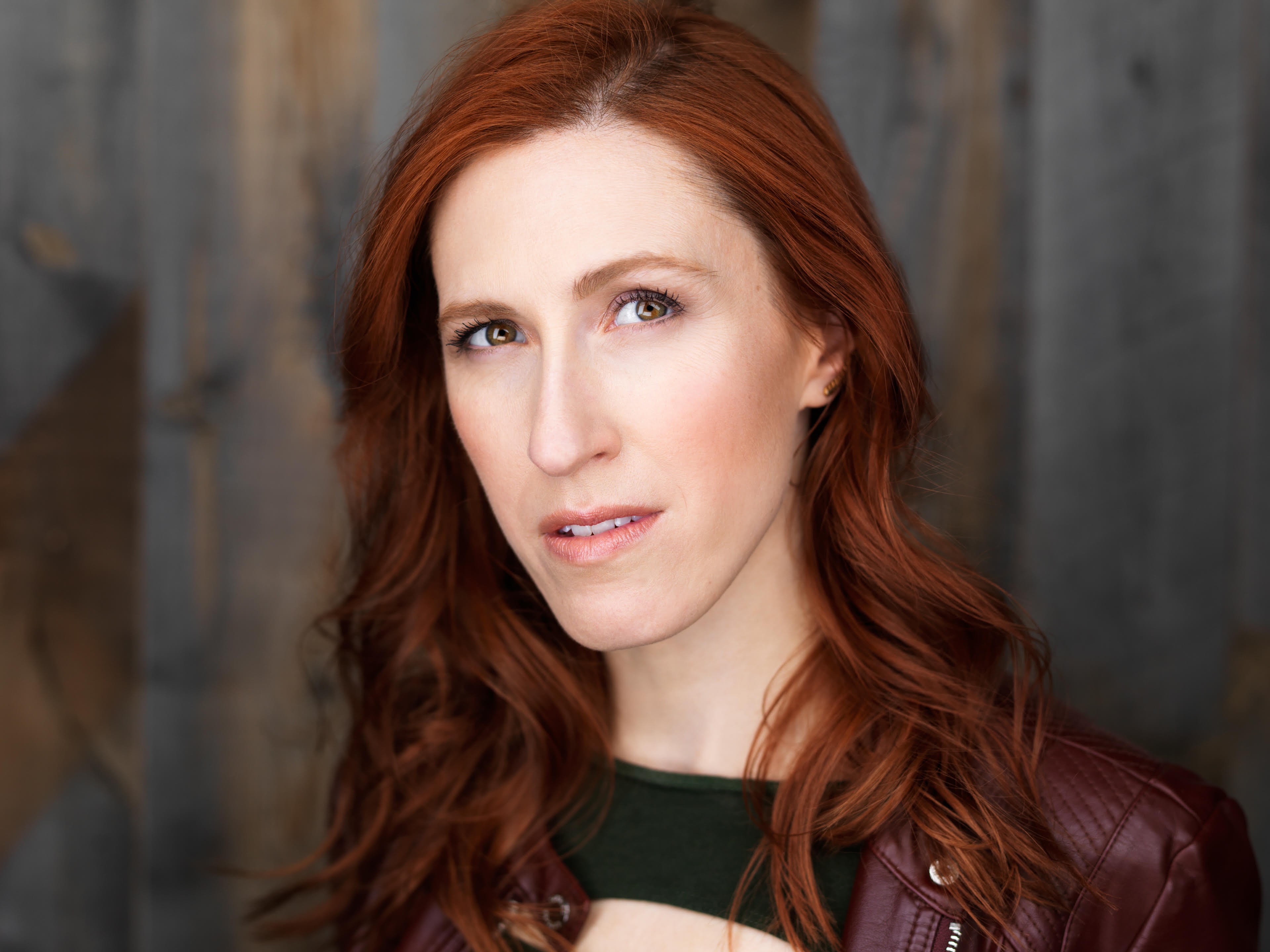 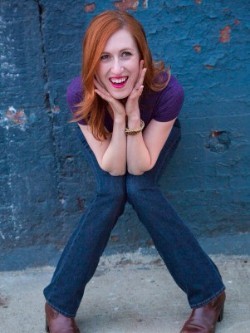 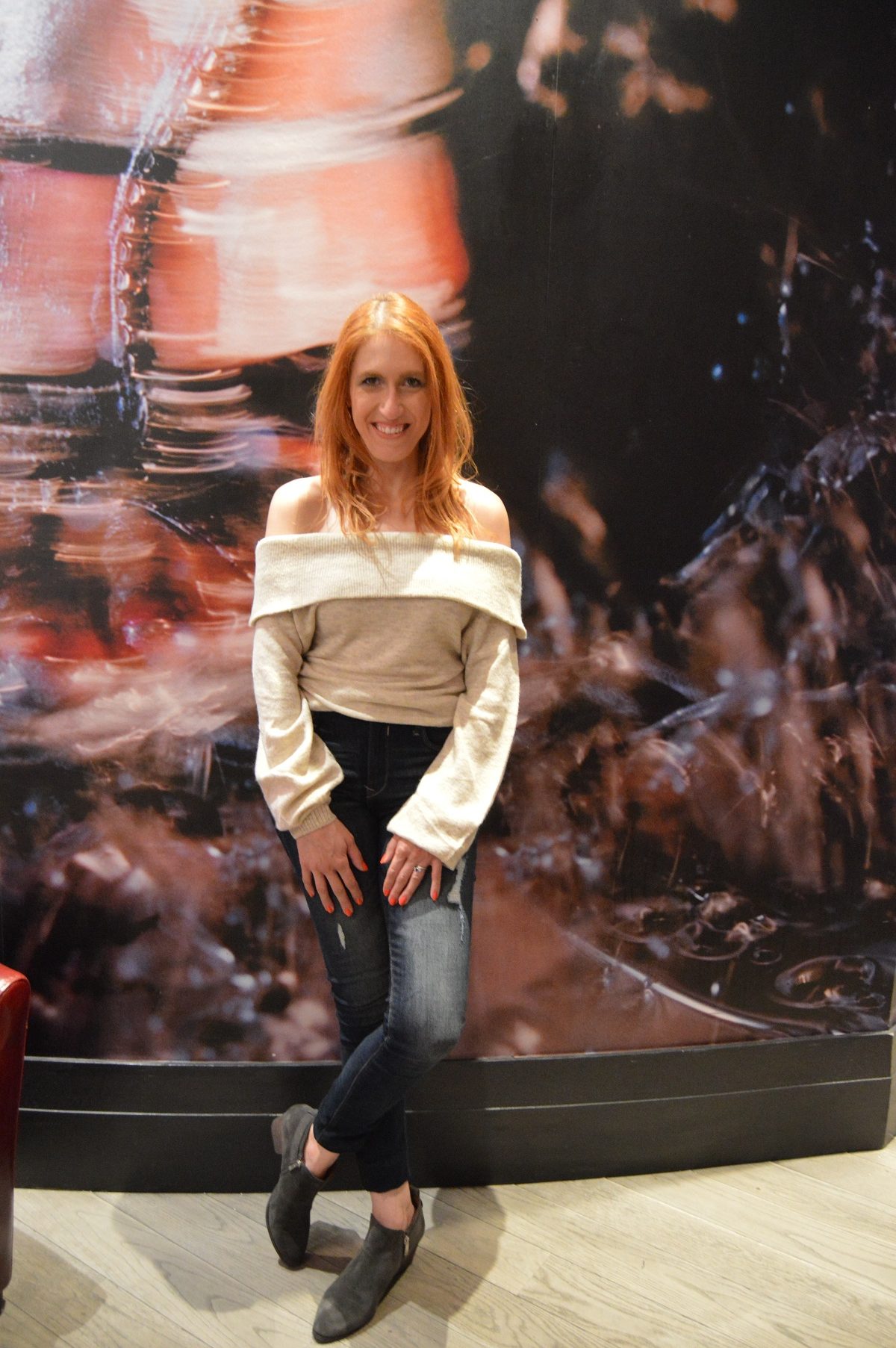 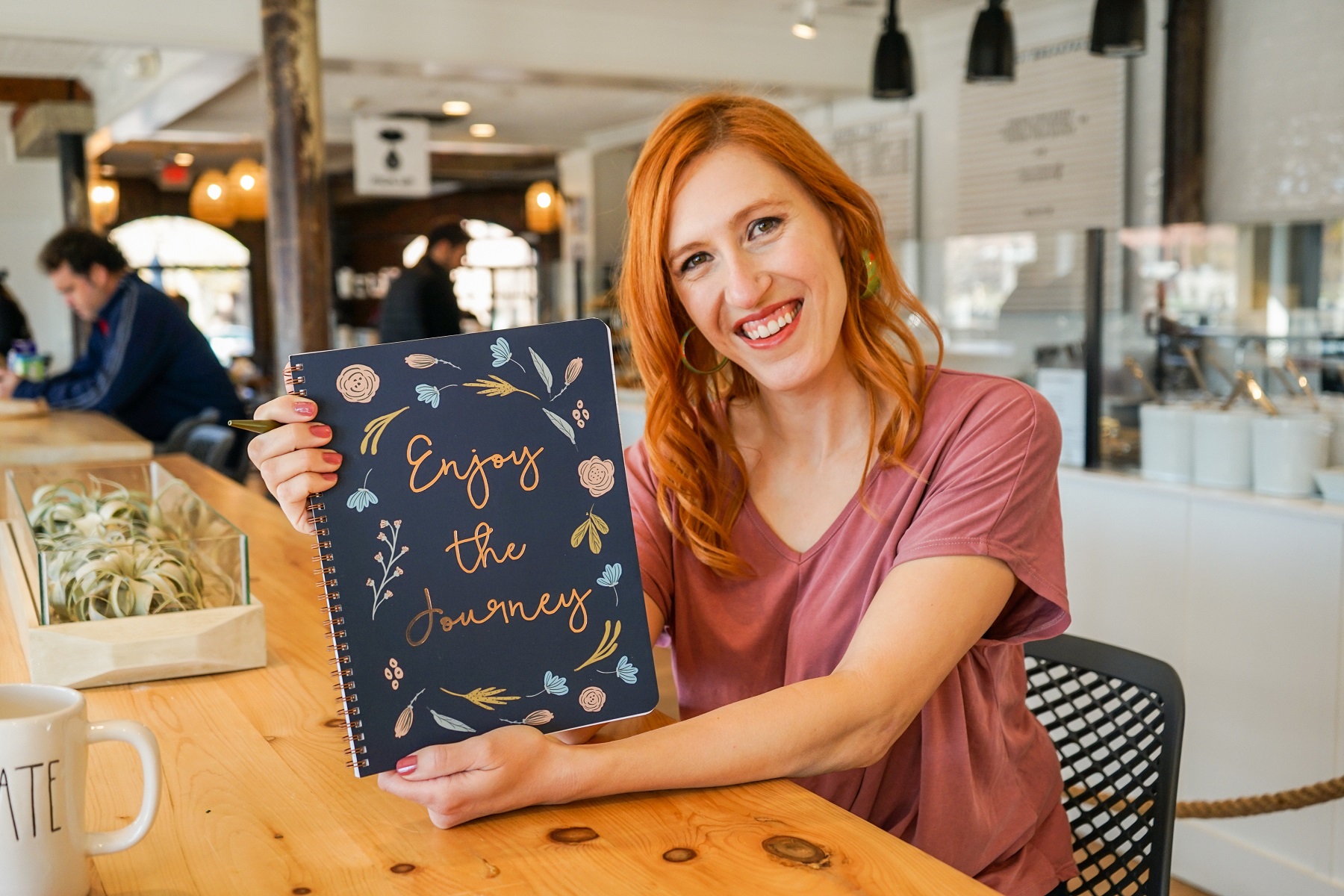 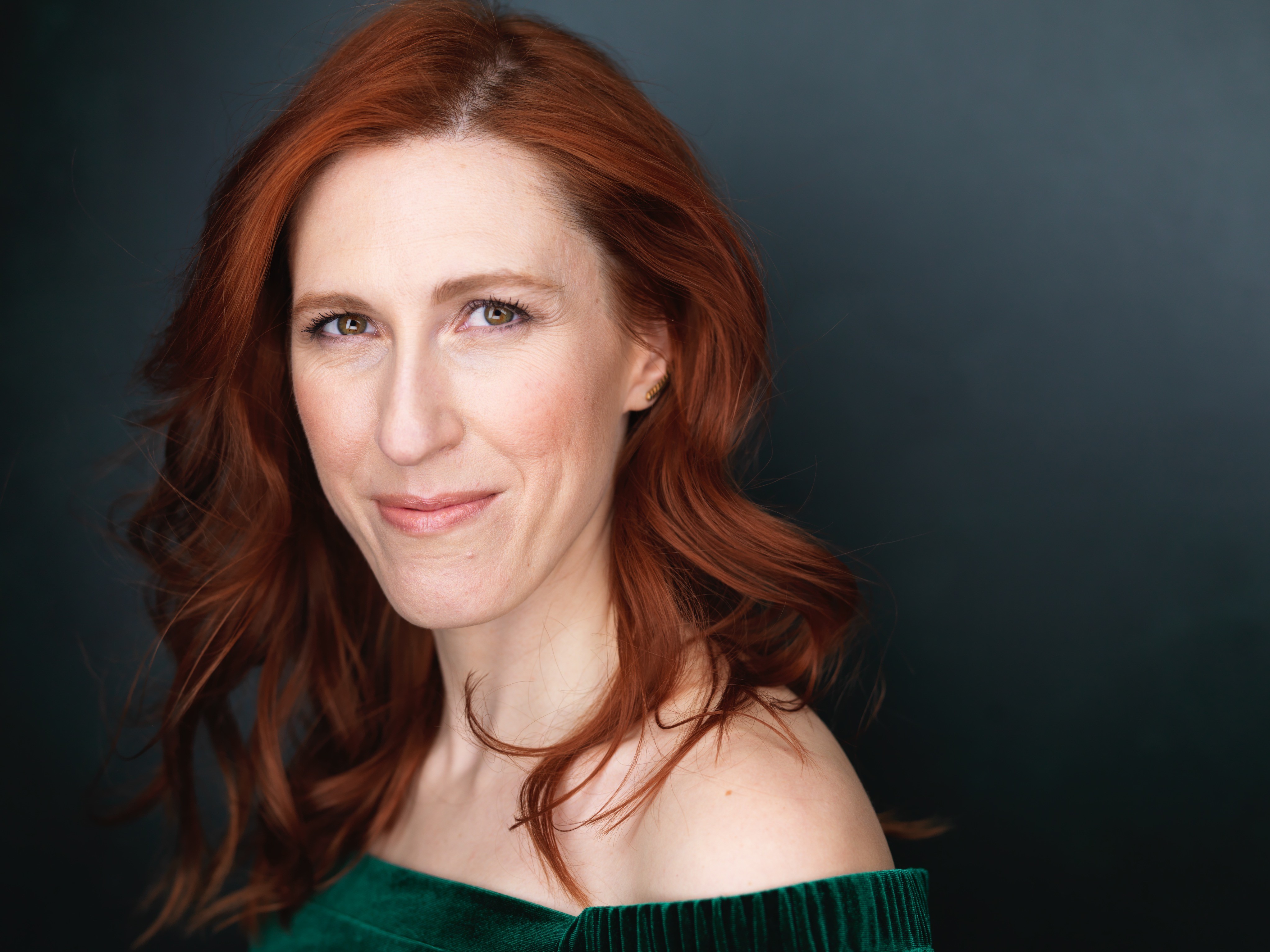