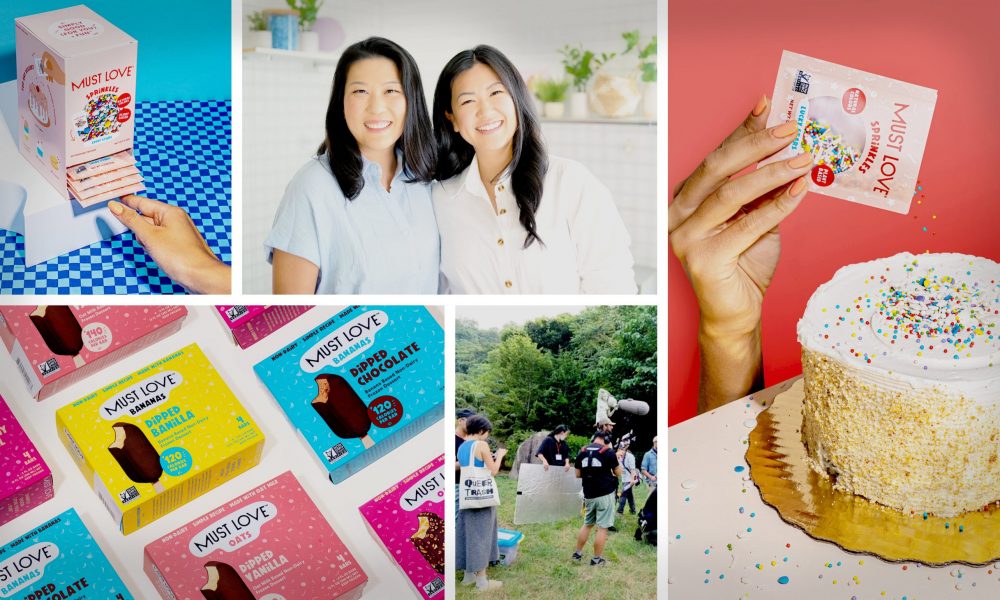 Every day we have a choice. We can support an up and coming podcaster, try a new family-run restaurant, join a boutique gym started by a local fitness champ or we could keep giving away our money to the handful of giants who already control so much of our commerce. Our daily decisions impact the kind world we live in; if we want a world where small businesses are growing and artists and creatives are thriving then we should support them with our time, money and attention. We’re proud to highlight inspiring creatives and entrepreneurs each week in Hidden Gems series.  Check out some of East LA’s gems below. 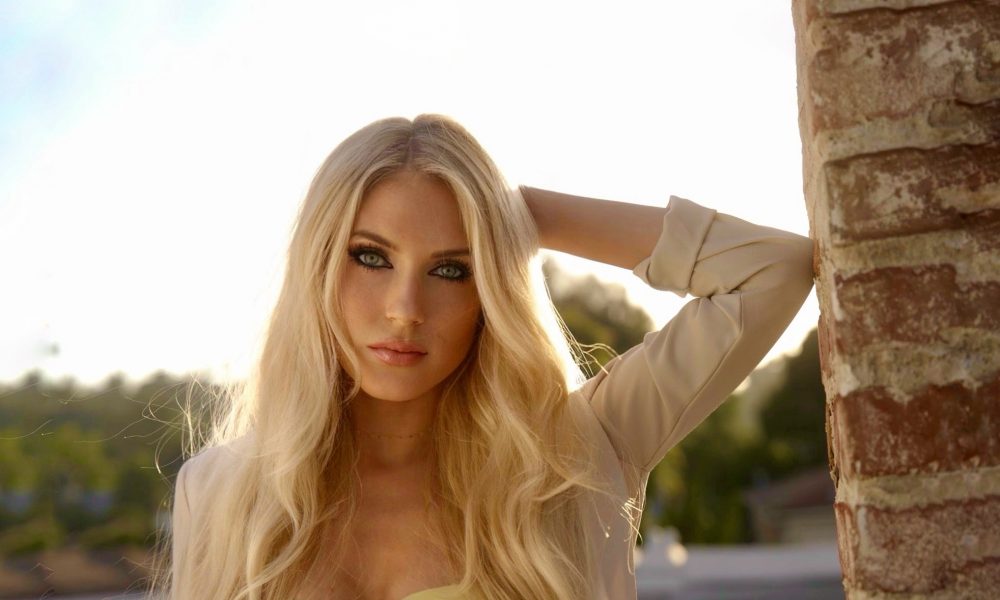 I grew up making movies with my parents’ old Camcorder strapped to my shoulder. But living in Oregon, without any connections to the business, I assumed being a filmmaker was an impossible dream. Instead, I put all of my efforts into becoming a film journalist. If I couldn’t write movies themselves, perhaps I could write about movies. I got a journalism degree and moved to Los Angeles for a job at Newsweek and The Daily Beast. There, I was an entertainment reporter — interviewing actors and directors about the movies they made. Read more>> 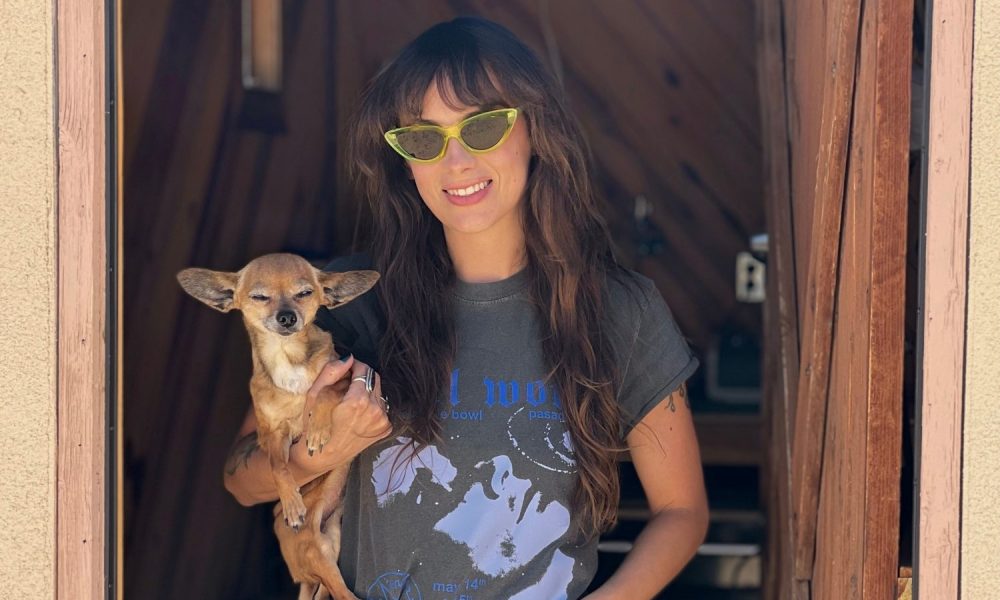 I picked up leather work 8 years ago; at the time, I was in an extremely abusive relationship, and I can honestly say it was my saving grace. It was the one thing I had for myself at a really dark time in my life.  I was an avid vintage & thrift shopper, specifically vintage handbags. Most bags I’d buy were falling apart, straps broken, etc. So, I figured I’d give my hand at making my own. I’d wear the bags I made out, and friends constantly asked why I wasn’t selling them online. It gave me the push I needed to start an Instagram and, at that time, an Etsy shop. Read more>> 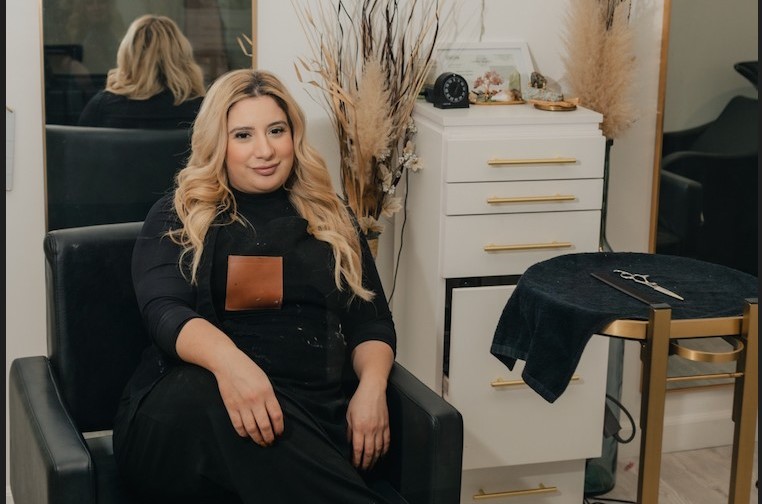 Hello, my name is Angelica Olguin. I am 32 years old and have been in the beauty industry since 2010. I was born and raised in East Los Angeles, where I would see my mom do at-home services like perms and haircuts as a kid. From there, my interest started, and when I graduated high school, I enrolled in beauty school. Since then, I have had the opportunity to work in various salons. I started off as commission, then renting a chair, to owning a salon for 5 years. Now, I am working in an independent luxury suite. Read more>> 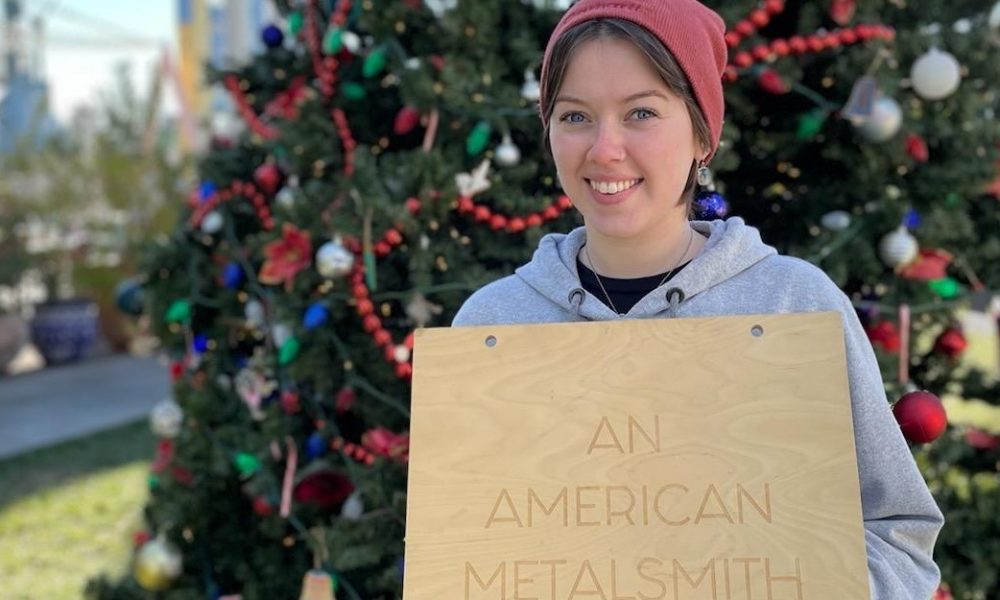 I began with very basic metalsmithing techniques throughout high school and college. Metalsmithing was always my favorite medium. I was able to learn with inexpensive metals such as copper and brass, and I purchased the necessary tools for the job. I obtained my first actual sale in 2015 when a friend advised me to sell my handmade items on the internet. Internet sales, in addition to attendance at festivals and art events, allowed me to turn my passion into a full-time job. Read more>> 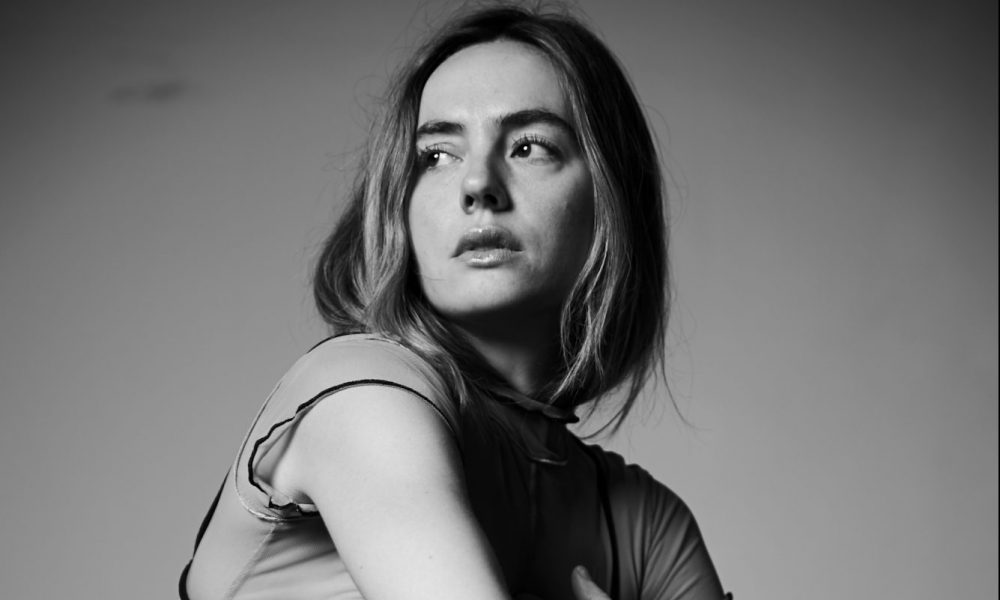 My earliest memories are of dancing and being obsessed with movement. I went to a pre-professional performing arts school in Connecticut where the faculty was made up of former NYC Ballet dancers. It promoted a lot of interesting modern dance workshops too like Momix and Twyla Tharp, so I had been influenced early on by the power of dance. From there, I went to Purchase College (NY), where I focused most of my attention on improvisation, post-modern and experimental dance. After nearly two decades of performing and choreographing and being totally informed by the New York dance scene, I moved to Berlin, Germany to study somatic movement. Read more>> 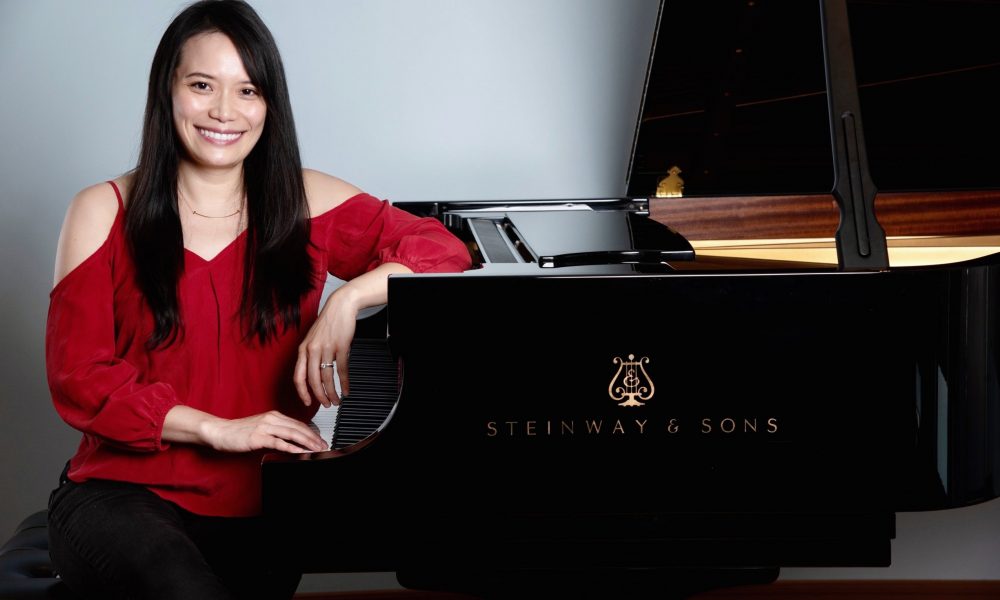 Being a working musician is not only about working hard but more about being in the right place at the right time. I feel incredibly blessed to be able to do what I love – perform and teach music – and make a living doing so! I started out as any average toddler who loved randomly tinkering on the keys and especially while my older sister was having her weekly lessons. Eventually, right around four years of age, my sister’s piano teacher suggested to my mother that I could be ready, and it was time to let me give piano lessons a try. Read more>> 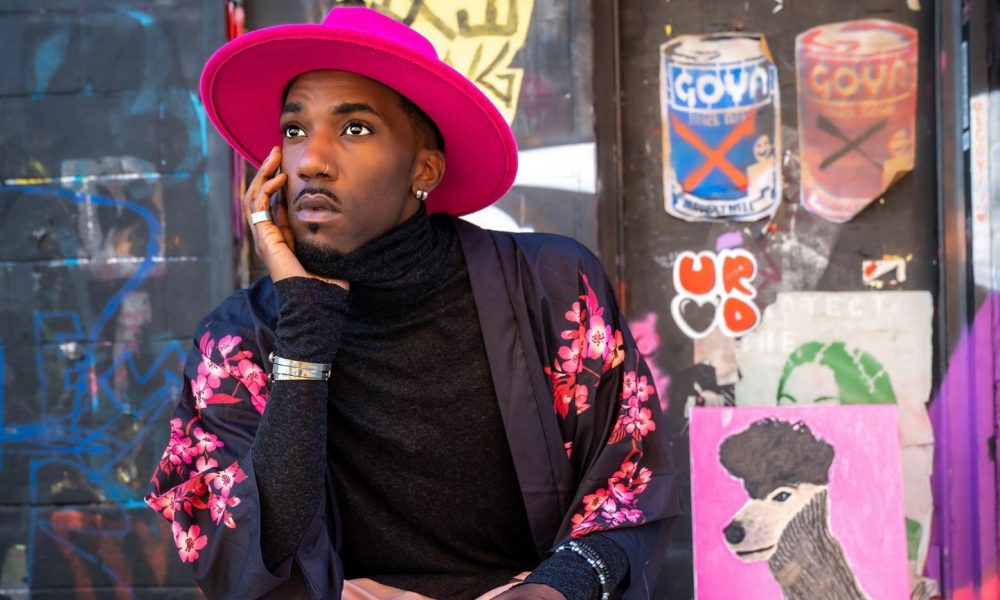 One would assume I followed the traditional route of going to school for fashion or come from a background where my family was a part of the industry. However, that is not the case. The concept of style has always been innate to me. I tell this story about when I was a baby, and my parents would dress me for church. I would throw temper tantrums if I did not have on a shirt and tie. Anything else my family would put me in I’d have a fit. This was a valid indicator of the style and essence of fashion I would exude today. Read more>> 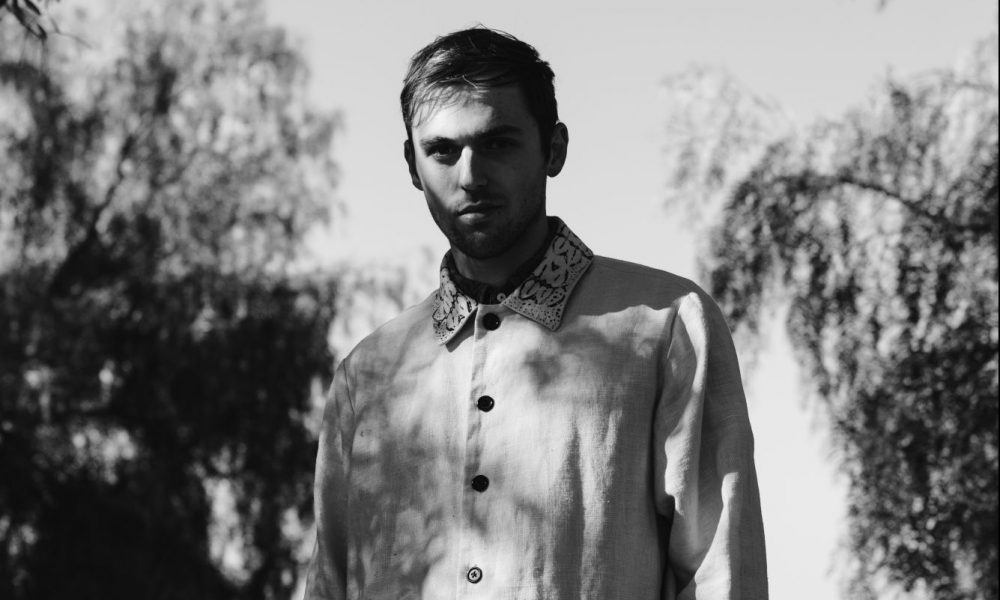 I’ve been making music since I was maybe 11 or 12 or so, my parents had one of those old Yamaha keyboards with every instrument on it, and you could make little songs. So, I would record little loops by adding random instruments. I was also learning piano at the time, though I switched from that to guitar and then to bass. In high school, I was in various bands, and at some point, I became more interested in electronic music and production and how much power there is in that. Read more>> 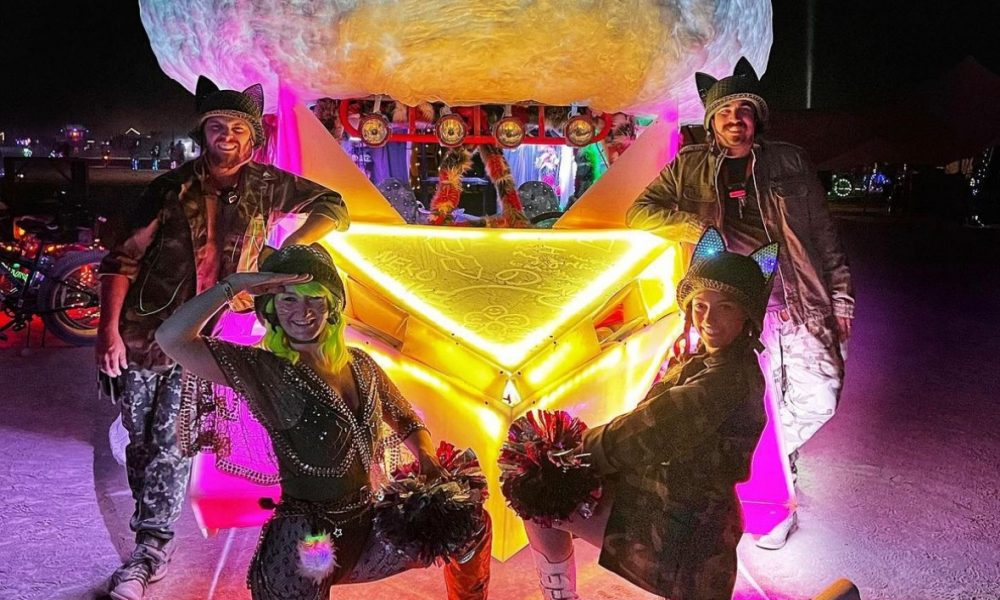 I was first interested in film through my grandparents who were an avid artist through painting and photography. They also showed me some of my first films (ET, King Kong, Jaws) that I still cherish as some of my favorite films to date. When I was 13, I was asked by my family what instrument I wanted to learn, and I chose turntables shortly after I was DJing my school dances. After grade school, I went to school in Santa Barbara and San Francisco to study film and launch my career in the film industry. Read more>> 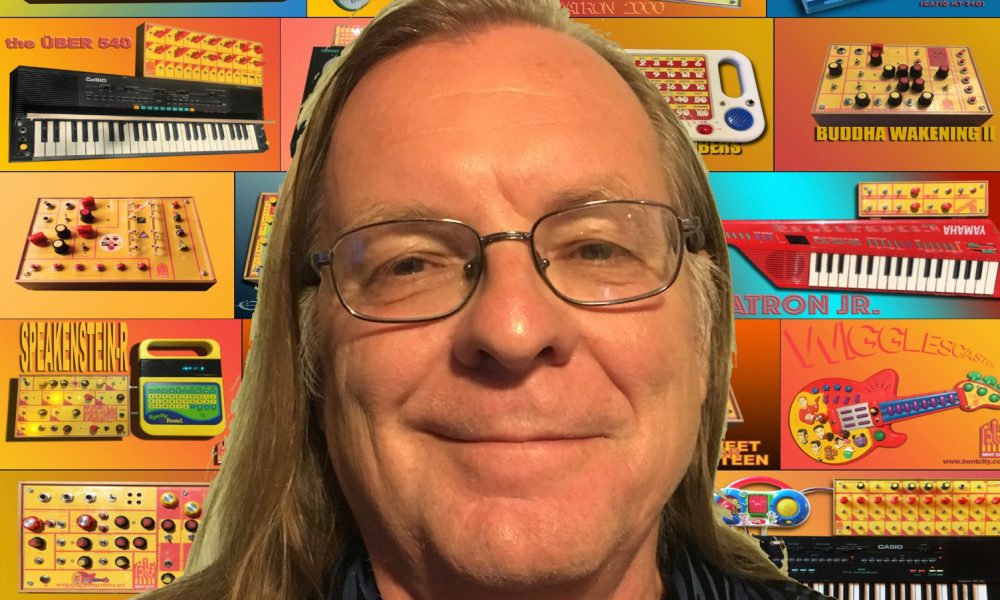 In my childhood home in the 1960s, there was music, art, and science. My father was a classical clarinetist, my mother was an artist and art teacher, and my older half-brother was an electronics engineer and musician. There were 2 pieces of vinyl in the house that planted seeds in me: “A Child’s Introduction To The Orchestra,” which inspired me to take up cello the first time I heard it, and “Columbia Princeton Electronic Music Center,” which sparked an early interest in electronic music, and eventually inspired me to study it in college. Read more>> 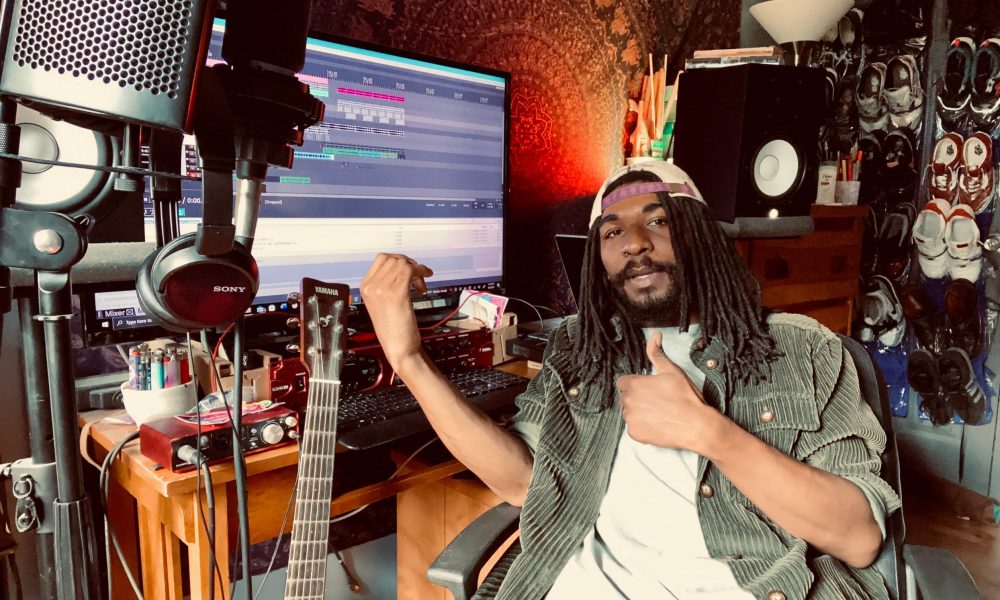 So, I suppose this is part 2 of my journey as an artist and aspiring entrepreneur. As expected, I was met with many disappointments and lessons to carry alongside my dream to be a mogul of Black culture and tradition. However, it all started when I decided I wanted to create something of my own to share with the world in hopes of inspiring and cultivating change. As time progressed, I realized I wanted to do this through humanitarian efforts that emphasized self-expression and co-existential ideals (whether that be through community centers, youth programs, and low socioeconomic directives). I saw what was needed where I’ve been and lived, but soon I began to come to the notion that I need something for myself as well. Things like: More life. More substance. More freedom. More love. Read more>> 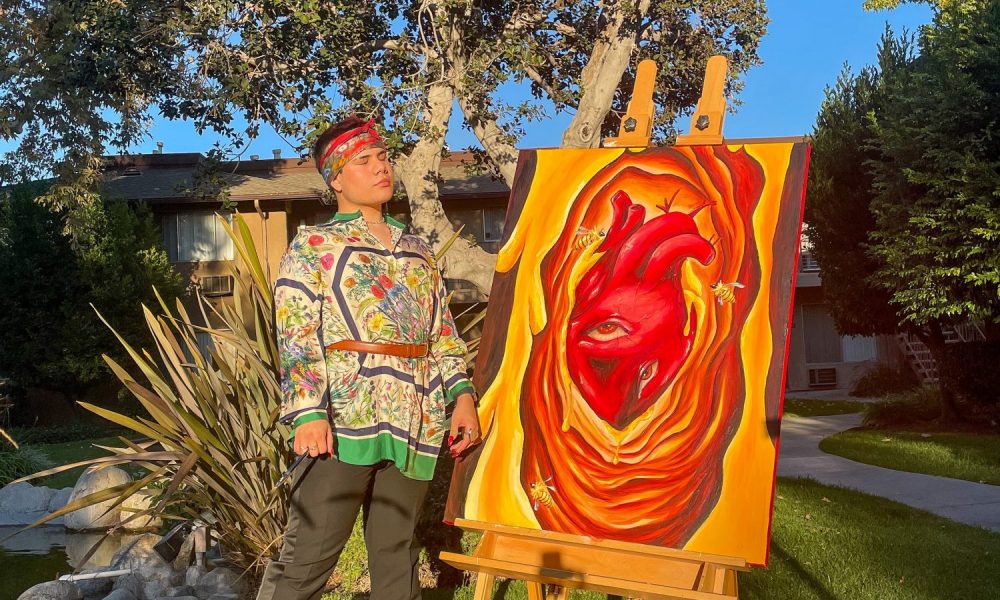 My name is Juan Hernandez-Marquez, though I often go by my artist name ‘Perry Picasshoe.’ I am queer Chicanx multidisciplinary artist with work the explores the nuances of my personality. I was born in Anaheim hills but was raised in Riverside, California. Since I can remember, I have always been fascinated with the arts. As a child, I would make short stop-motion films of my teddy bears and lego sets, make paintings for family members’ birthdays, sew garments for my teddy bears, and even sneak into mama’s makeup drawer to play dress up. Read more>> 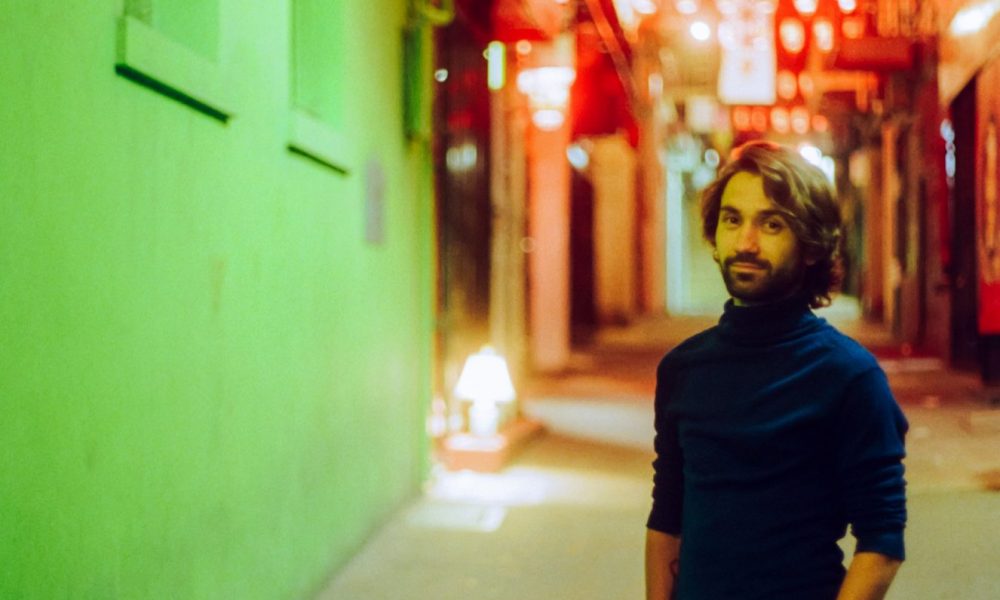 Hi there! My name is Jules de Gasperis. I was born and raised in Paris, France, where my dad used to own a recording studio. I was lucky to play around and learn different instruments from a young age. I started with piano at age 5, then drums around 8, and finally guitar and bass when I was a teenager. Playing music was always a central part of my life, and I remember joining several bands in my youth (like the high school Reggae/Ska band. and punk rock bands later on), eventually creating my own project and touring all around France when I was just 20. Read more>> 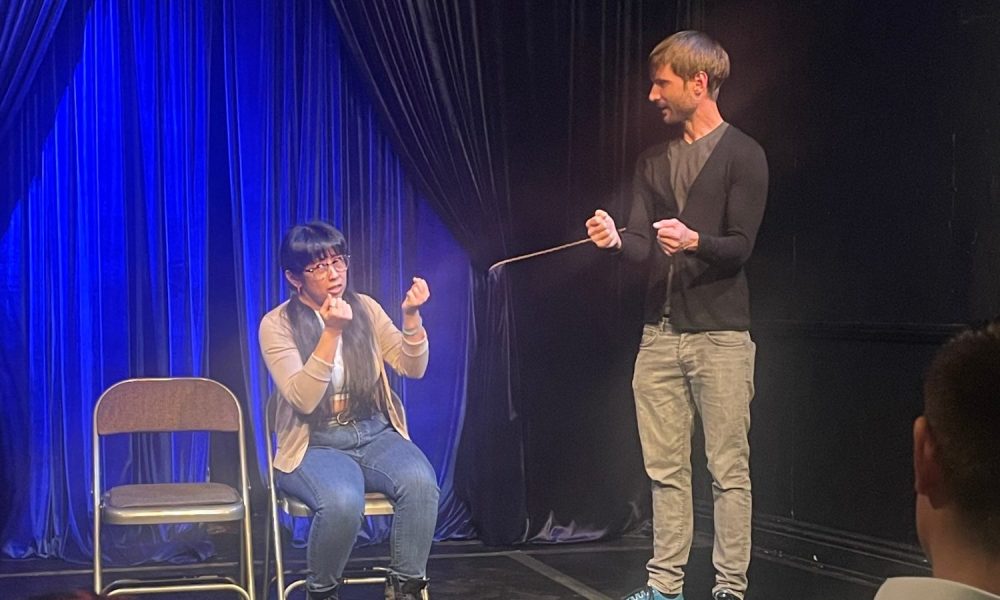 From childhood to present, I’ve always been curious and creative. Occasionally I’m fortunate enough to find peace and quiet, but life can often feel like a long series of events to figure out. Luckily, I enjoy learning and discovering new things. I enjoy it as an improviser. I enjoy it as a Teaching Artist. I enjoy it as an actor & writer. And I suppose I mostly enjoy it in my personal life and relationships. Read more>> 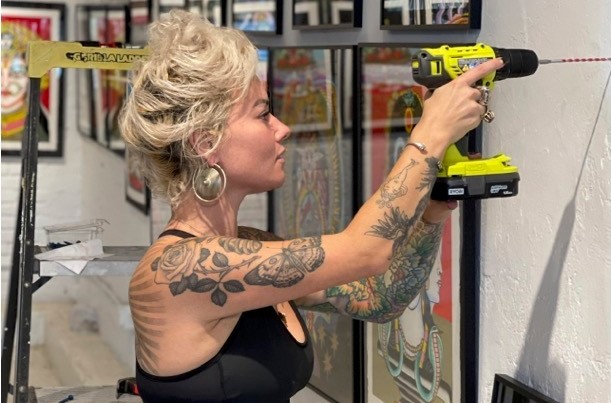 I was living and working in Philadelphia when the pandemic hit. I had been solely selling my oil paintings and working as an independent contractor for a couple of years. When the world shut down, along with experiencing some personal traumatic events simultaneously, I decided that I needed to make a huge geographical move. I thought there was no better time than during a time that truly was filled with uncertainty to make a change. I decided to leave Philadelphia after 7 years, and I randomly selected Los Angeles. Read more>> 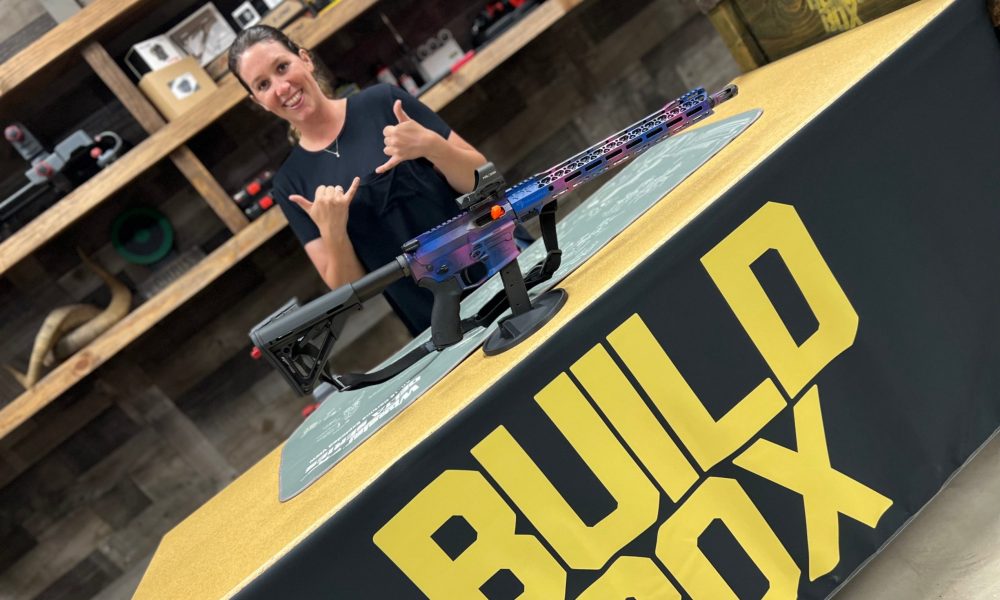 I tell people I’m an accidental entrepreneur. I started my business to get paid as a contractor because it made more sense that way. I didn’t know that I would be attracting clients under my brand a few months later and eventually go out on my own. It was not easy to grow to where I got to today. It took years of patience, clients came, and clients went. I realized entrepreneurship is never about stability, but it is about doing what you want when you want, even though you work harder than you would at an 8-5 job. I volunteered at dozens of events, traveled to different states, and met all the industry people I could. Read more>> 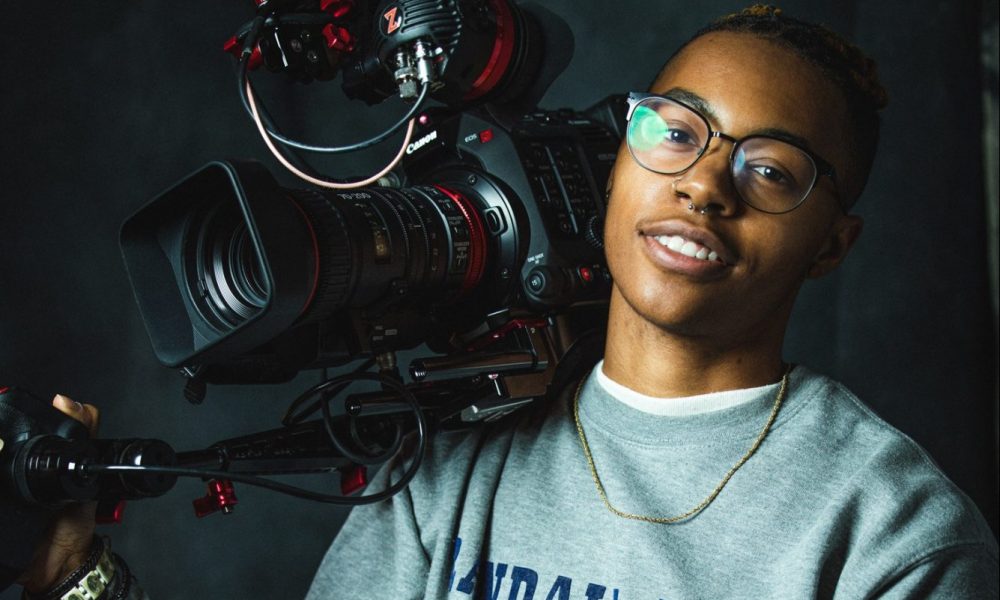 Plenty of factors led to where I am professionally today. After completing my undergrad degree in photography & Integrated media from Ohio University, I decided to go to Howard to study film. It was during my time in grad school at that I began to freelance full-time. I was supervisor at Asics and a TA when I realized there’s no way I could work 40 hrs. a week and only be on set my 2 free days out of the week, that summer, of 2017 is when I made the leap. It proved to be more fruitful than I had ever imagined but that first winter is a doozy. Read more>> 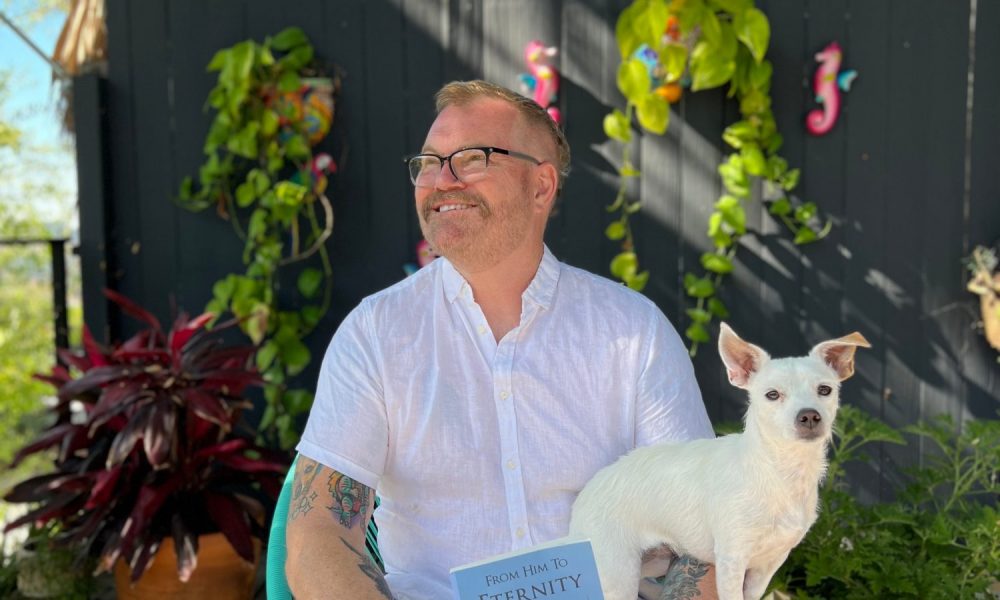 I was born in Australia, but after my first trip to Los Angeles, I knew I’d found my home. It took a few years to get here, but as an entertainment journalist at the turn of the century, visas were pretty easy to get. At the time, I was working for notable newspapers around the world – The Australian, the London Times – but eventually the freelance market dried up and I began to work at a startup tabloid called In Touch. My job was to try to verify stories and work directly with celebrity publicists – not the most pleasant of tasks. Read more>>