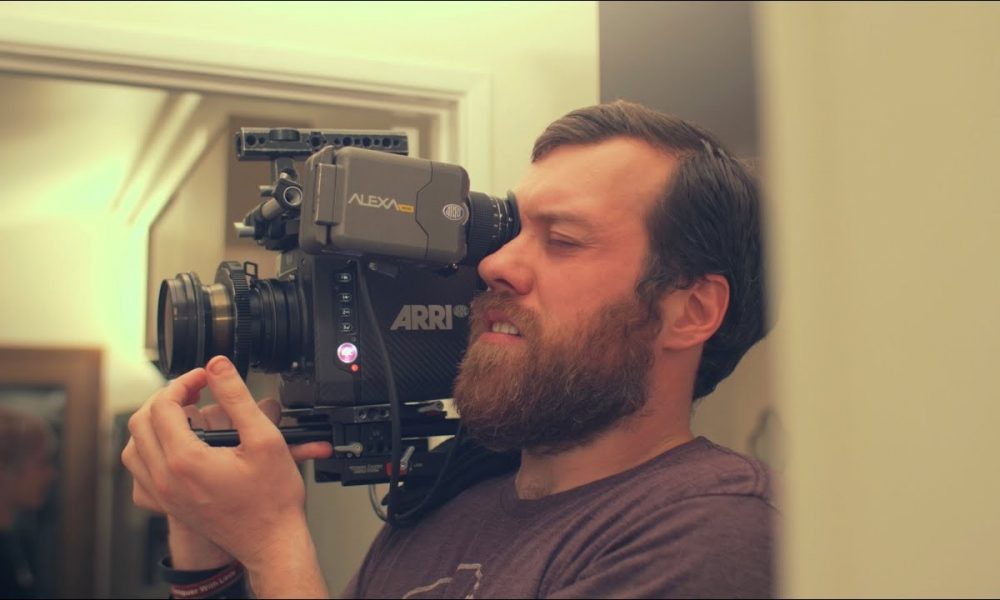 Today we’d like to introduce you to Wade Patterson.

Hi Wade, we’d love for you to start by introducing yourself.
Growing up in Mississippi, I was surrounded by storytellers. My parents, my grandparents, and even strangers in the hardware store were more than happy to stop and spin a yarn about growing up in a small town, high adventure in the woods, or that time my dad got chased by a bull and had to jump a thorn bush to escape. Telling stories runs deep where I’m from, and I found myself inspired to try and tell my own stories. My first inclination was to become a writer, and I set out to write the great American novel in high school but got bogged down in the medium. It was a kind of writer’s block, but I didn’t really understand why I couldn’t write. I had so many ideas, but something was missing. One day I was in the library, and I happened upon a book called Moviemakers’ Master Class by Laurent Tirard. It featured interviews with many, many different film directors all over the world. In one of the interviews, a director explained that he had started out as a writer but quickly transitioned to film because on a set he wasn’t just sitting in a room by himself making up a story. This idea of collaborating with others to create something sparked a fire in my extroverted heart and I set aside the pen for the camera.

I began making some of the most atrocious films known to man–featuring stilted dialogue and ham-fisted themes that beat you over the head–but I had found my passion. Film had gotten its claws into me and no matter how much I resisted or how discouraged I got, it would never let go of me.

After college, I decided I wanted to see the world and do something exciting so I volunteered with a non-profit and lived overseas for a couple of years. This was when my creativity really stepped into overdrive. Seeing another side of life in a different hemisphere showed me the core of every story is the human struggle. I returned to Mississippi with a renewed sense of storytelling just as the local film industry began to really hit its stride.

I worked on multi-million dollar sets in positions I was hardly qualified for, but all of these productions were desperate and so was I. The experience I gained during this time was like drinking from a fire hydrant, but I lapped up every drop I could and in 2017, I realized it was time to come to Los Angeles.

I packed up my car and drove out with barely any money in my savings account. I lived off credit cards that first year and tried to get on every set I could. My only rule was that they had to pay me something, even if it was just gas money. After more than four years of struggling to make it, I feel like I am finally hitting my stride, despite a global pandemic and a severe addiction to coffee.

I have a screenplay currently in development and I am hoping to take it into production in the Spring of 2022, and I have a proof of concept I am shooting this month. I am also still freelancing as a Director of Photography and Gaffer in the film industry, and I am proud to say I haven’t had to get a “real” job since I committed to this full-time in 2013.

Alright, so let’s dig a little deeper into the story – has it been an easy path overall and if not, what were the challenges you’ve had to overcome?
One of the biggest struggles for any artist is finding your voice. How do you speak to an audience in an original way that resonates–saying something that cuts through all the noise? I’ve written and directed more than a dozen shorts films and two web series, and I’ve worked on so many sets as crew I’ve lost count. I assumed with a resume like mine, it would be easy (or at least easier) to come to LA and find representation or at least forge a path that allows me to do what I love and still be able to pay the bills. Instead, I have been challenged to dig deeper and find a unique approach that will speak to people–a voice that will find an audience. I realize that success in film is part luck, but a great deal more is the ability to adapt and the willingness to push yourself way farther than you expected. The one thing that is not unique is my struggle. I know so many people that have moved to LA with dreams of making it big only to run into that same monolith of discouragement nearly every artist encounters–being ignored. Love me or hate me, but please don’t ignore me. That’s the cry of every artist in every medium.

Can you tell our readers more about what you do and what you think sets you apart from others?
I am a filmmaker, and my main focus is writing and directing, but I have had to survive by working on the crew side in the camera and lighting departments. Since moving to LA, I’ve really grown in terms of understanding how to light for film and I know that makes me a better storyteller and filmmaker overall. I focus mostly on narrative film, but a short doc I made in 2019 about a homeless couple in Las Vegas went viral, gaining more than 1 million views on Youtube. It follows a married couple living in the tunnels beneath Vegas and how they have found a refuge in each other despite the many struggles they face being homeless. This doc and most of my work really reflect my view that humans can find hope in any situation. We can still have faith the dawn is coming even in the blackest night or at the bottom of the gutter when it seems like no one can see us or hear us. I keep looking for ways to tell the same story really–one of hope that overcomes tough circumstances despite all the odds–because I’ve been there. I suppose you can really only tell a story if you’ve lived it, and that’s what I continue to do. If you see anything in my work that inspires you, I have done my job.

Is there a quality that you most attribute to your success?
There have been many nights I have laid in bed and wondered why I keep traveling down this career path. It has not been easy. Discouragement hides around every corner and even one well-placed criticism can derail your focus for a week, but the truth is I cannot stop. This passion got hold of me a long time ago, and I couldn’t quit even if I wanted to. I could go get a job selling furniture tomorrow and I would just end up writing a script about a frustrated furniture salesman who goes on a road trip to find himself, or maybe he gets roped into a murder mystery after his boss is killed in the warehouse. See, I’m already writing it. I just cannot stop. So I guess the big lesson is that those who succeed are those who never quit. Samuel Beckett said it succinctly: Try Again. Fail Again. Try Better. You do that and you cannot fail. 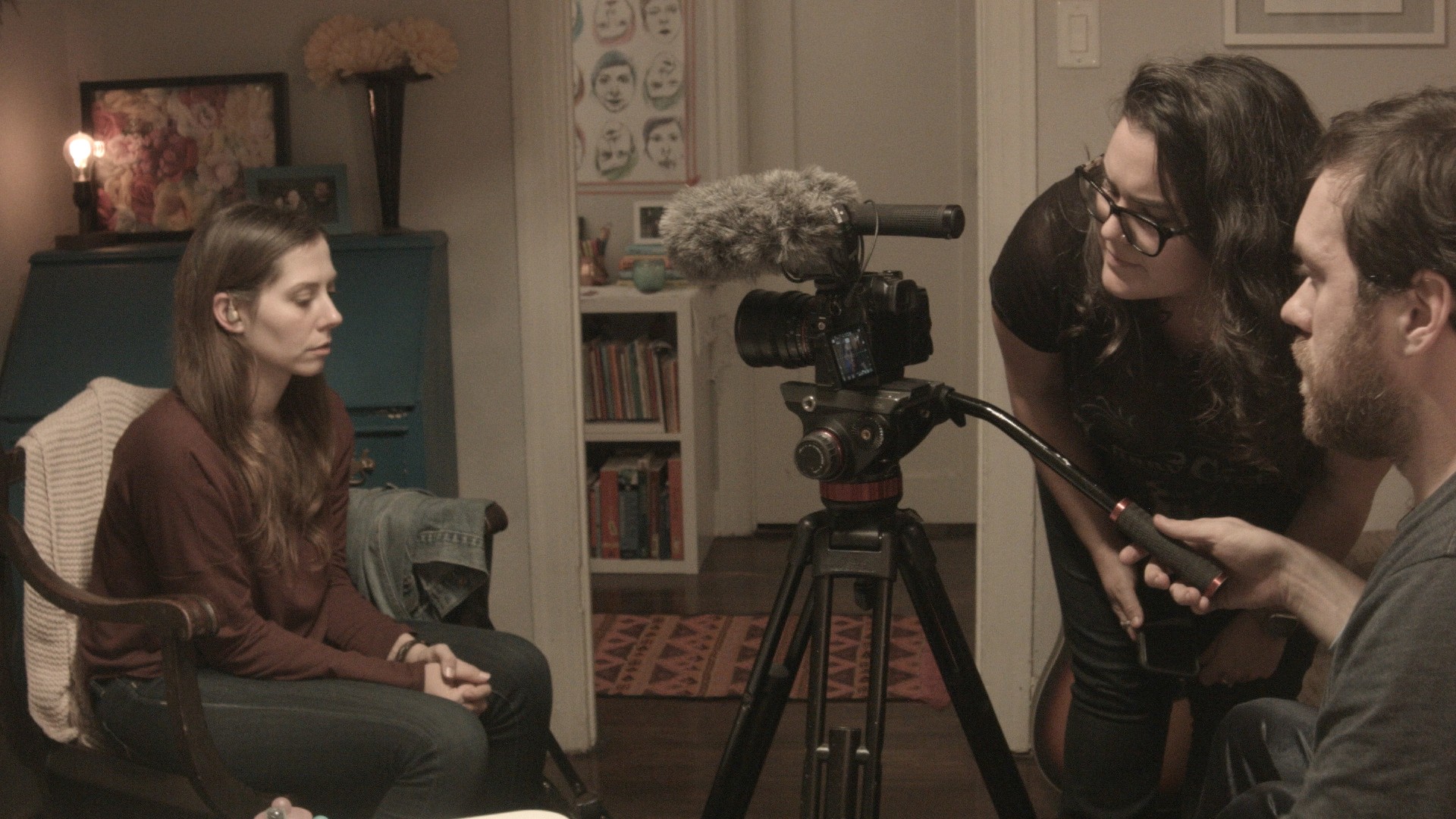 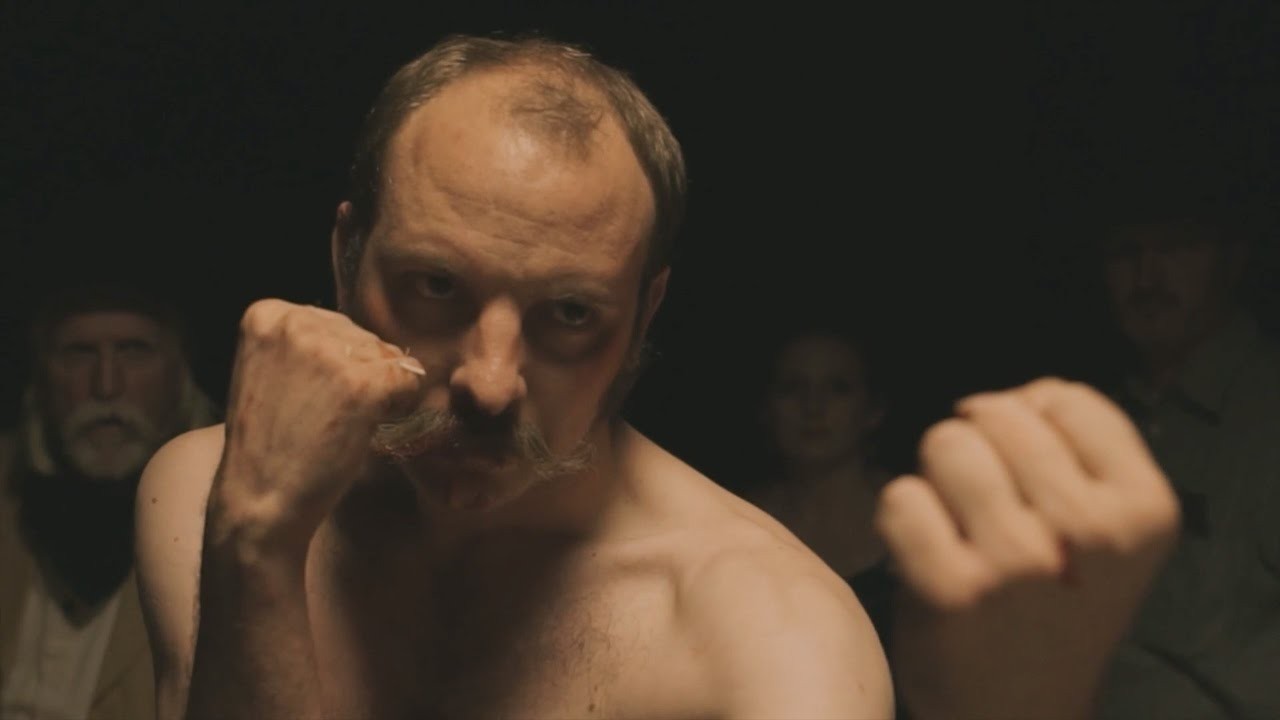 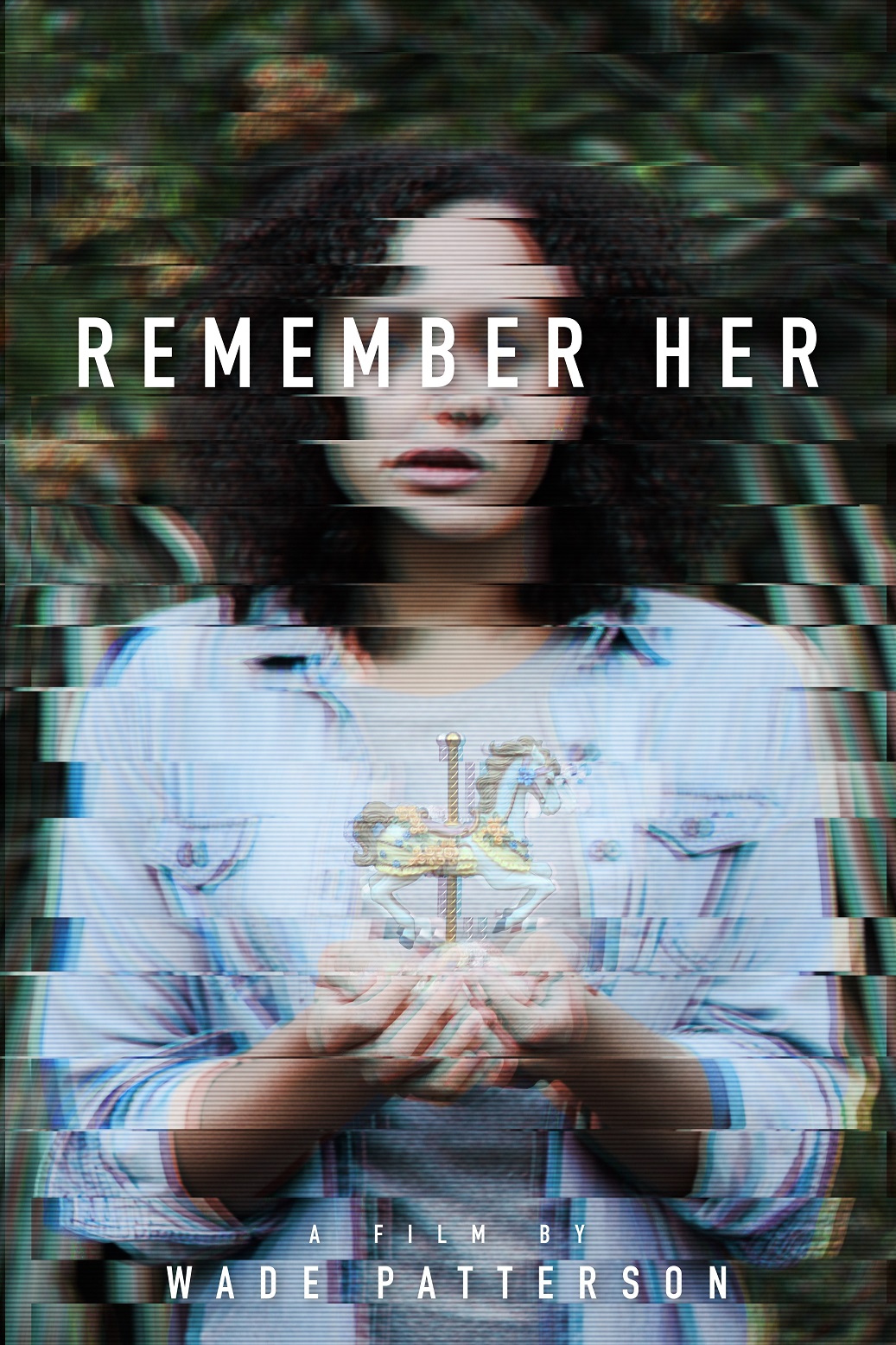 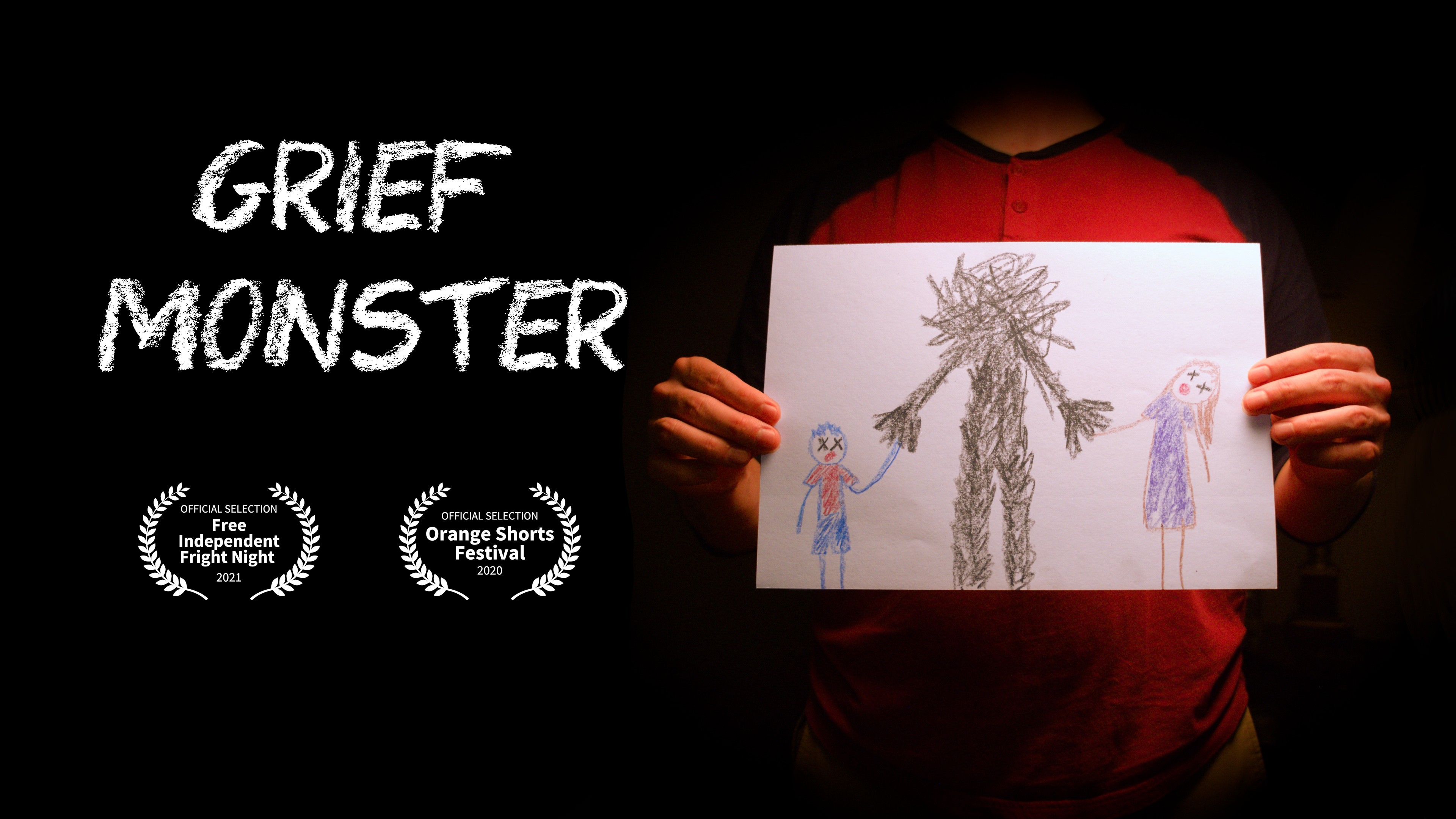 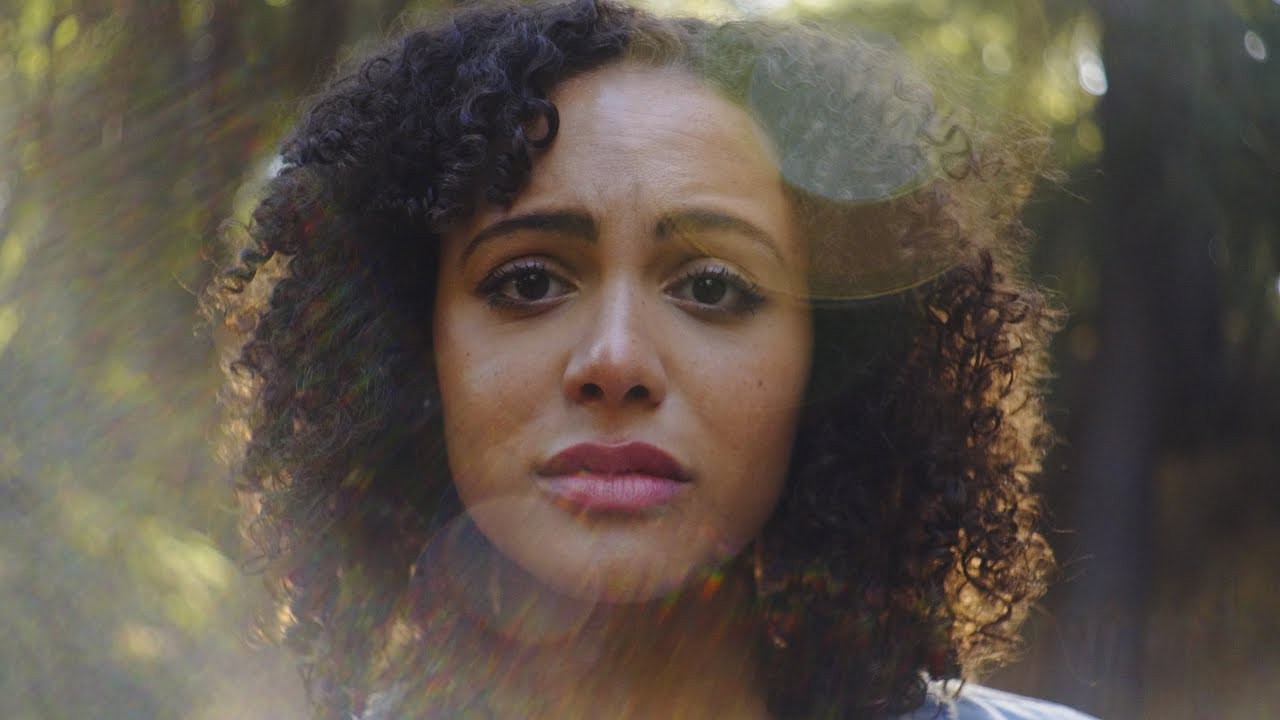