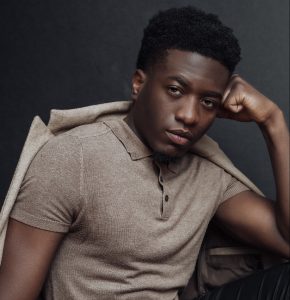 Today we’d like to introduce you to Tyshawn Jaimson.

As the saying goes, a book cannot be judged based on how it appears. It is because it may contain more than you know. The same is true with artists who are made up of more than their physical appearance and talent. Tyshawn Jamison, pictured above, is a compilation of talents, hereditary traits, and something you tend to hear very little about when it comes to an artist’s life experiences.

Tyshawn is an artist who will grab your attention as his eyes and voice appear to have something that will draw the audience into his world. His appearance informs the audience that the artist/model has more than they can see and can hide more than they can understand or comprehend. A native of Brooklyn, New York, Tyshawn was ten years old when his family moved to North Carolina to escape gang violence and drugs in order to complete his education in a peaceful environment. As the second born in a family of three siblings, Tyshawn has always had a penchant for entertainment and fashion, even from a young age. An attribute shared by his mother. Tyshawn’s interests in the modeling and acting industry got first sparked when he saw a picture of “Tyrese,” a former model, now recording artist and actor, and director. His interests later got solidified by the exposure he got from award-winning actors and producers such as Denzel Washington, Michael B  Jordan, Daniel Kaluuya, Sterling K Brown, Trevante Rhodes, and the late Chadwick Boseman. Henceforth, modeling and acting became his passion and primary goal. Tyshawn defines himself as a passionate, determined, sarcastic, goofy, smart, mature, lovable, and amicable guy. While in North Carolina, it became clear to Tyshawn he could not achieve his dreams if he was not proactive. Therefore, he decided to leave North Carolina and return to New York to pursue his career goals and dream. However, Tyshawn learned that leaving home and moving away to advance his career was not as easy as it appeared. By going back to New York, Tyshawn had to make a difficult decision of leaving not only his siblings but also his beloved mother. His mother was afraid that Tyshawn could be negatively affected by factors that made them move to North Carolina if left to live alone in New York. As a Christian, he believes strongly in God. Tyshawn continues to have a great conviction that success comes to those who will and dare. Even though he was going back to his original home, he was going to lead a new life, and he was going to do it alone and living on his own while he pursued a career in modeling/acting.

As a scriptwriter, producer, and director who was helped and inspired by his family, friends, and fellow artists, Tyshawn wants to create, collaborate, and show his audience that there is a reason behind every individual’s passion. He believes that people should educate themselves in the field they are interested in even if they don’t know where to start or even when they do not get the help they need. Tyshawn believes that in the whole process of pursuing his career goals, he has both lost and gained. Still, the most valuable lesson he has learned is that artists should not take things personally if their career progression does not follow a path that they expected. He believes that artists should not lose hope simply because they have not been supported. A significant number of people will not understand the challenges they face, never compromise your morals and know your worth even if they try to tell you differently. Tyshawn believes that as long as there is an idea, passion, and strong will to succeed, nothing can stop an artist from achieving his or her career goals. He is of the view that artists should not let anything stop them because challenges are part of life but, however stressful a situation is, there is always a bright side to it: the feeling when something is accomplished or when a project is finally completed. Finally, Tyshawn is of the view that artists should believe and invest in themselves and attempt to tackle challenges that come their way because failure results from never attempting to try. Tyshawn Open, a production company name Typerception in April 2020 that opens the door not only for New York City but for California going back and forth from California, New York, and even Atl has already completed three short films as the Writer, Director, and Actor. Namely: 1) Discord- a domestic violence awareness film, 2) Passion- safe sex knows your status awareness film, and 3) Deception- a mental health awareness film released Nov. 17, 2020, you can find them on amazon prime video https://www.amazon.com/s?k=typerception&i=prime-instant-video&crid=3NZ0ZKSIFQ0IN&sprefix=typ%2Cprime-instant-video%2C505&ref=nb_sb_ss_ts-doa-p_1_3 stay updated by subscribing at  www.Ty-perception.com. Remember to celebrate the little things. Celebrate everything and surround yourself around winners so your accomplishments will not come off as bragging to a weak mindset. Be careful who you surround yourself with within this journey.  Be sure to continue to put God first and all you do and every decision before you make it. Thank you for your time.

I’m sure you wouldn’t say it’s been obstacle-free, but so far would you say the journey has been a fairly smooth road?

I wish it were obstacle-free. This journey has not been easy, and it’s still not, but that’s the point when your working toward something creating something out of nothing; it’s not going to be easy. A doctor is not a doctor overnight; a nurse is not a nurse overnight. The point is to weigh out the ones who really want it. I’ve heard more no’s than yes; I’ve had people take me as a joke and dismiss me than those who actually were willing to work with me. I’ve wanted to give up so many times, but even in that, the passion that burns deep down inside me continues to push me; even now, you have to have faith in yourself and develop confidence because this industry is not for the weak-minded. Know that God gave you this gift for a reason. I had to ask myself how bad do I want it and to come to the realization that even in the midst of this journey to remain kind and never compromise your morals and respect for yourself and help as much as you can and to have fun and face every obstacle the best way you can you always get the best outcome regardless how you look at it.

As you know, we’re big fans of you and your work. For our readers who might not be as familiar, what can you tell them about what you do?

We’re always looking for the lessons that can be learned in any situation, including tragic ones like the Covid-19 crisis. Are there any lessons you’ve learned that you can share?

One of the big lessons we all have learned is not to take the little things for granted. Life is way too short to hold yourself back from anything. Never let fair or the idea of not knowing something stop you and never let a situation or disappointment keep you and your loved ones from making it right this pandemic showed us all how precious life is and how love overshadows everything to be kind and to enjoy life because tomorrow is not promised. 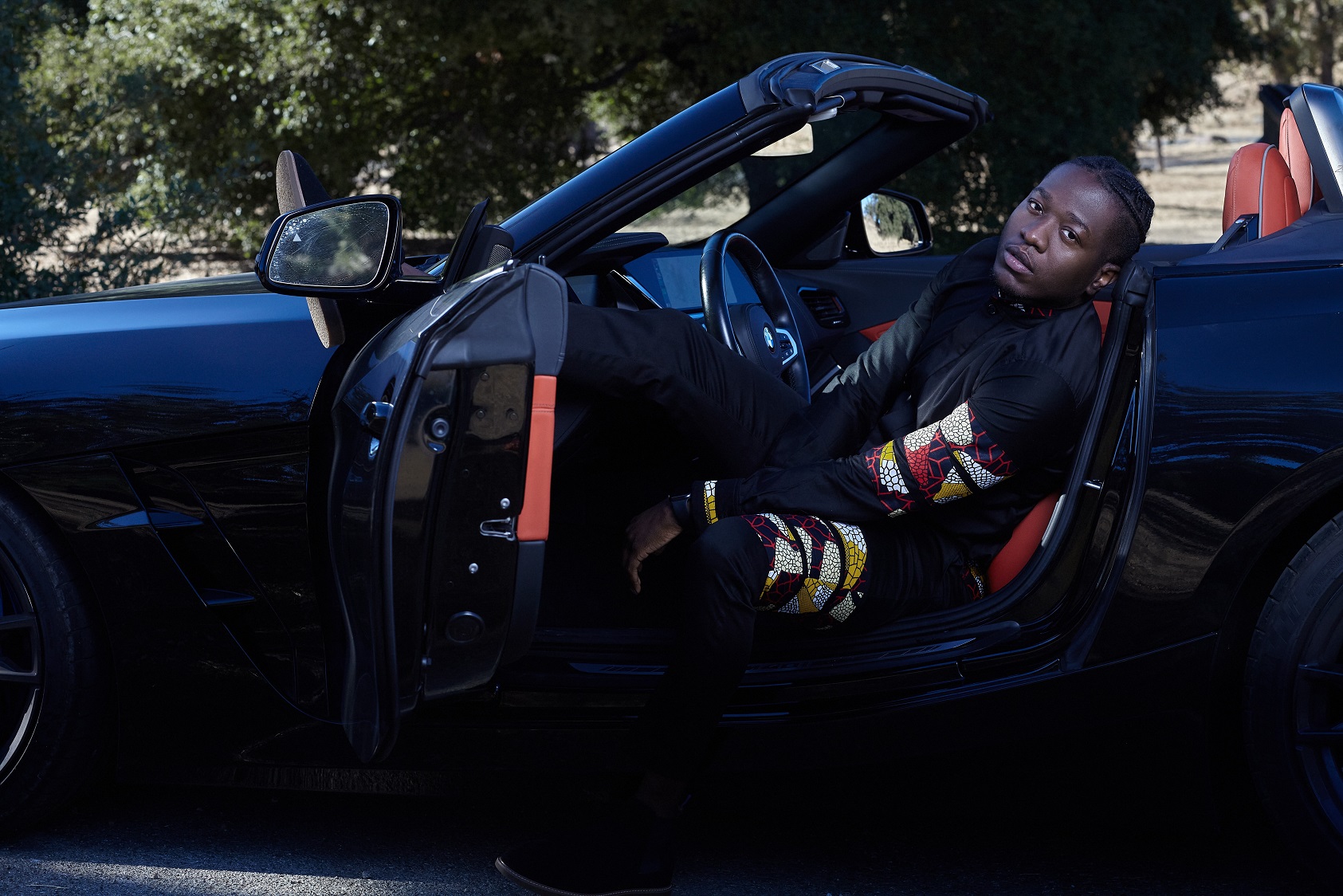 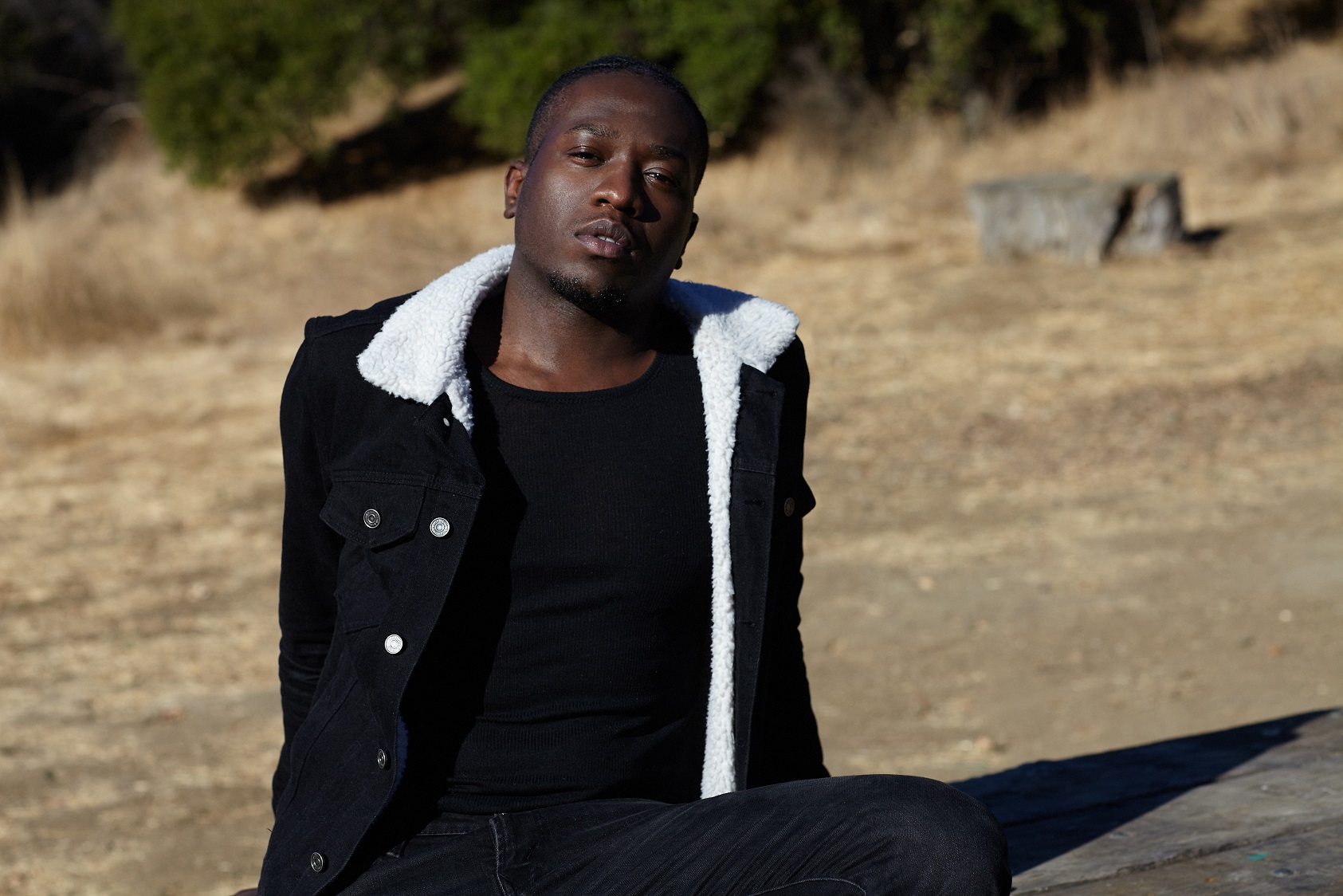 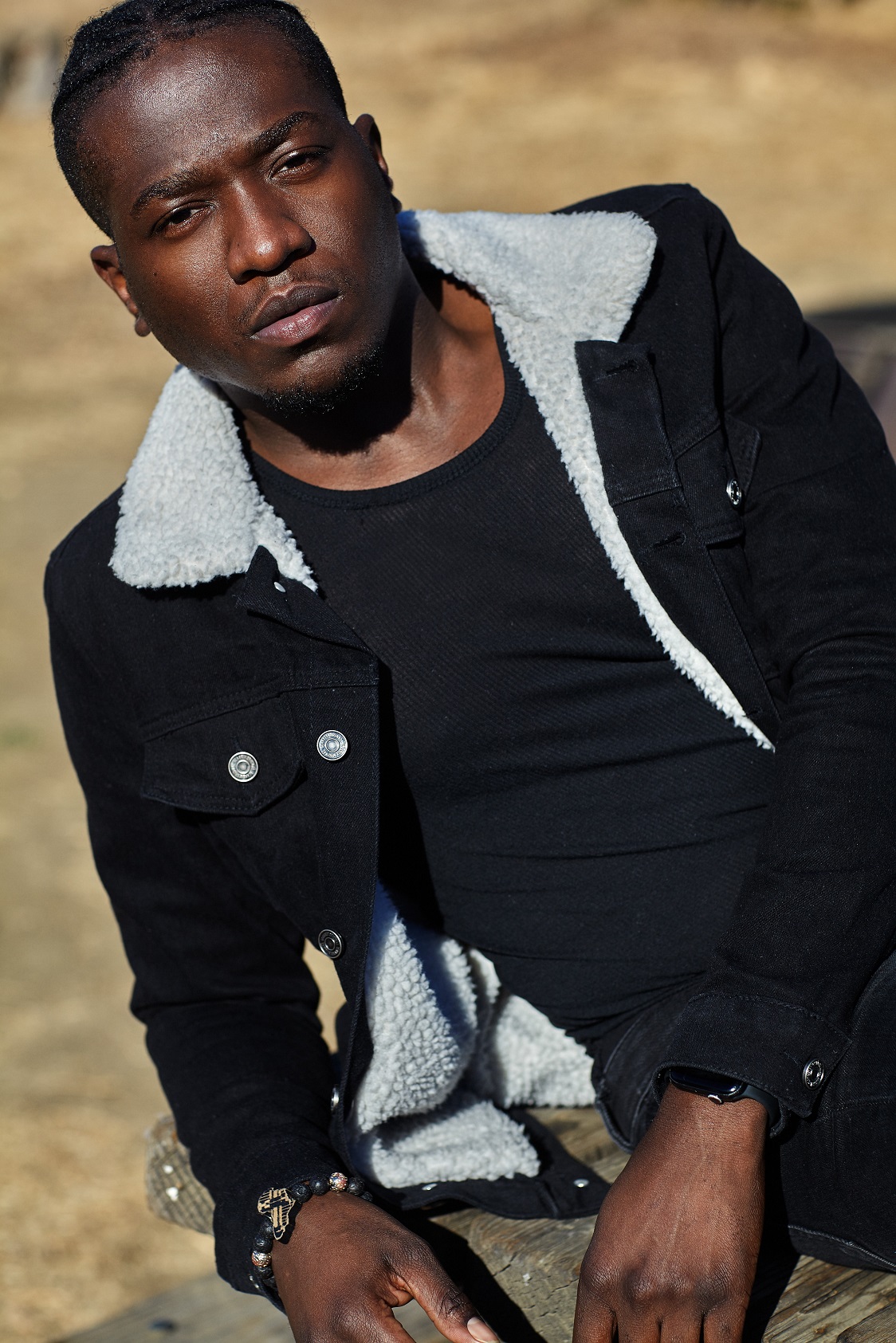 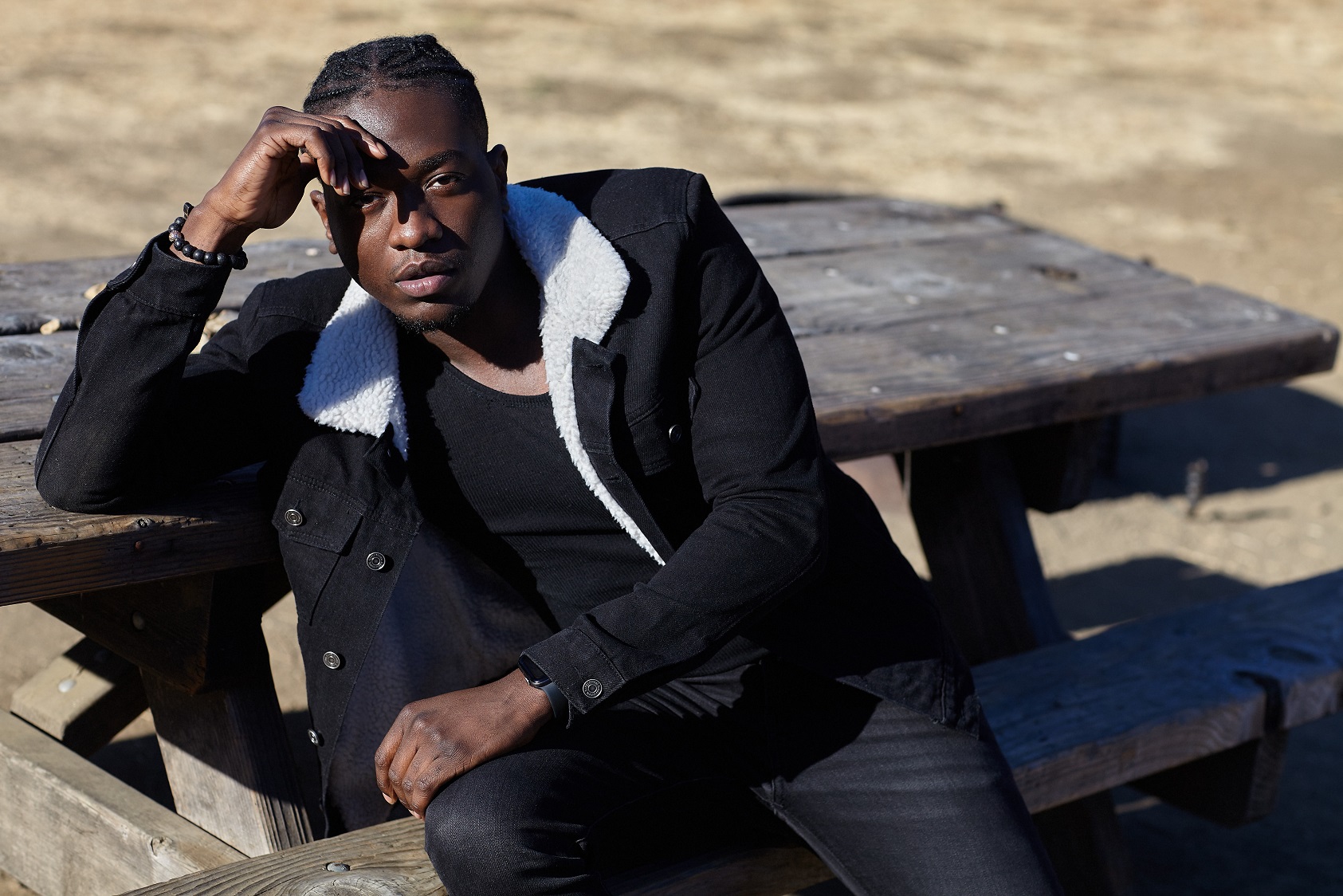 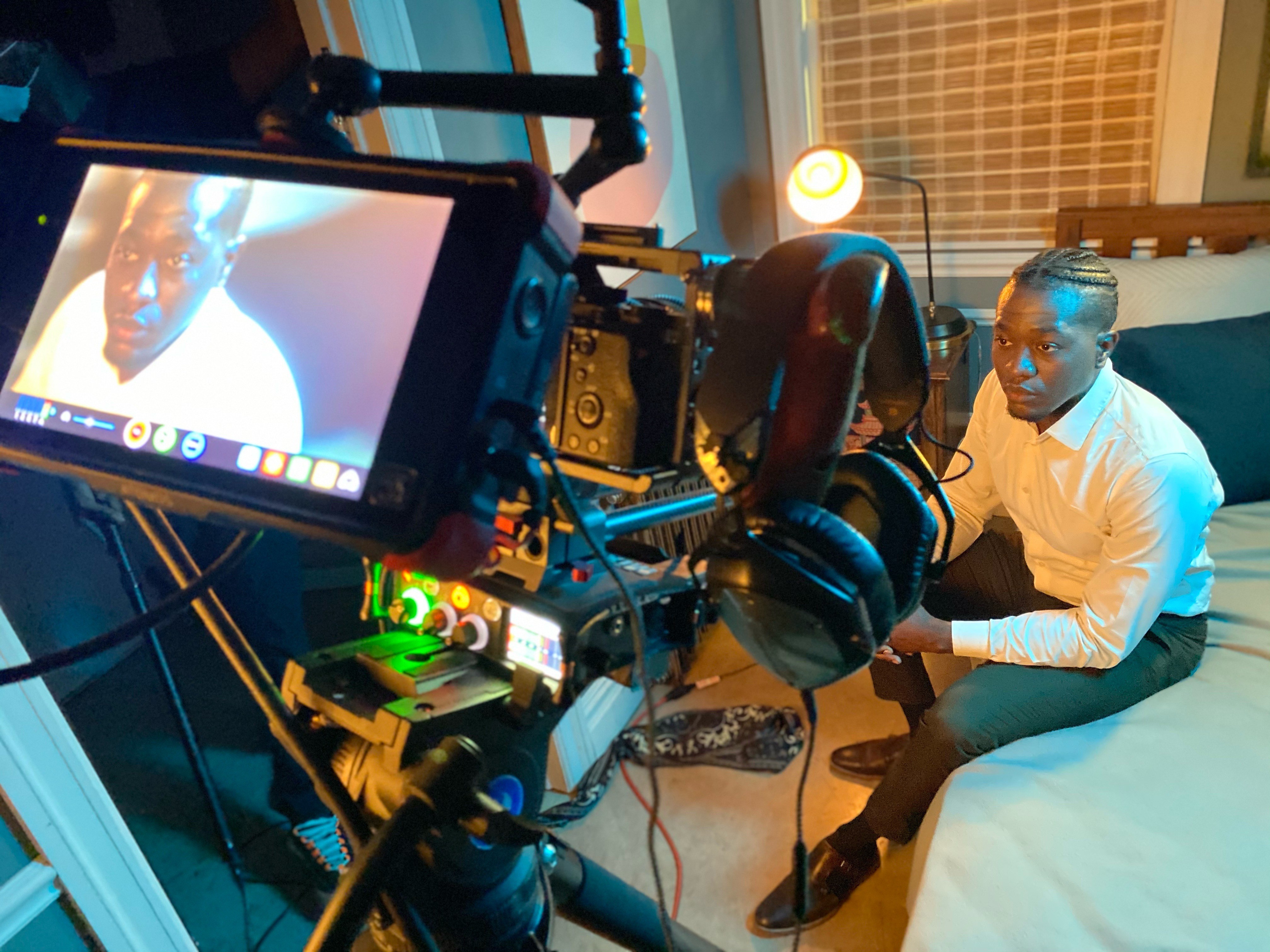 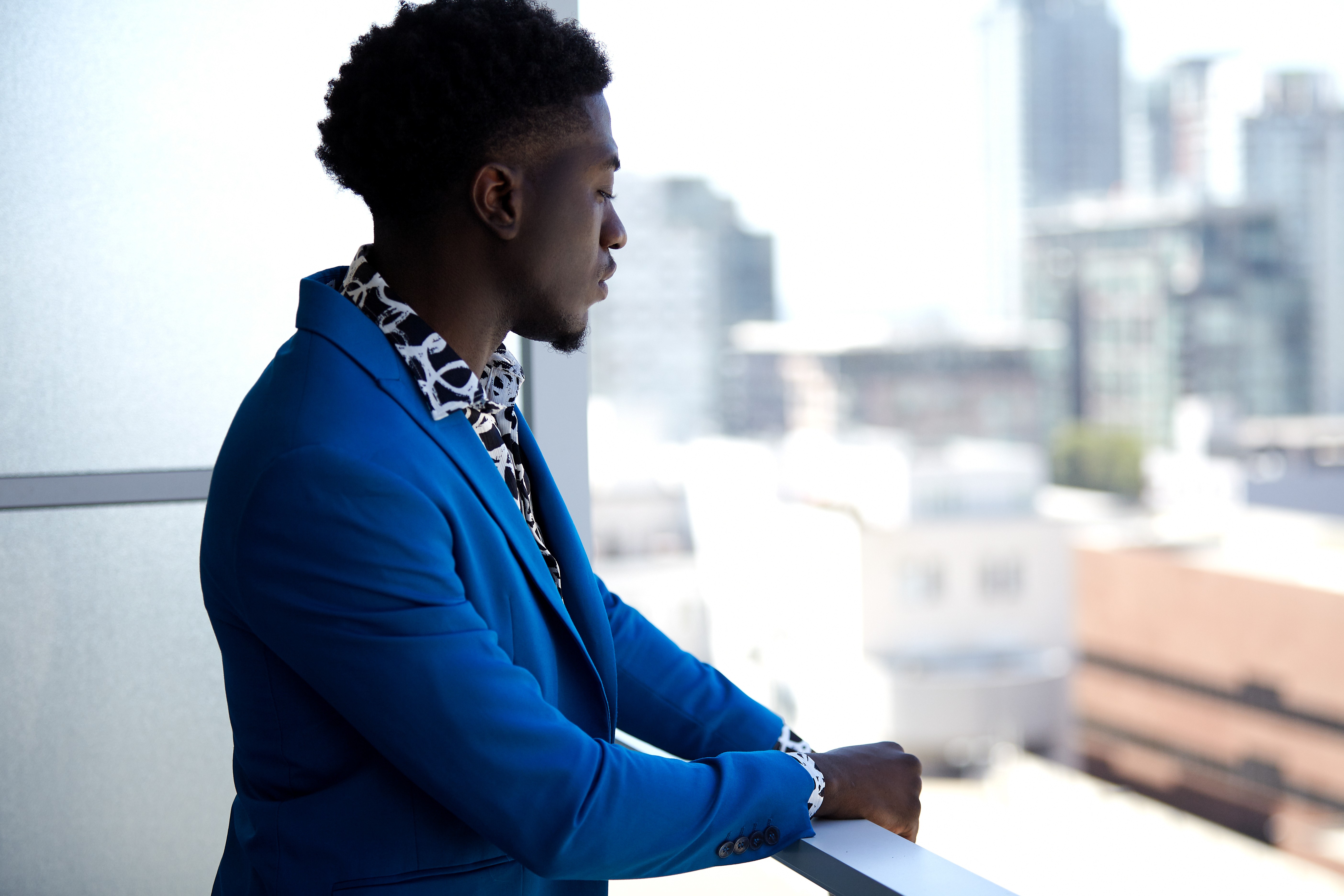 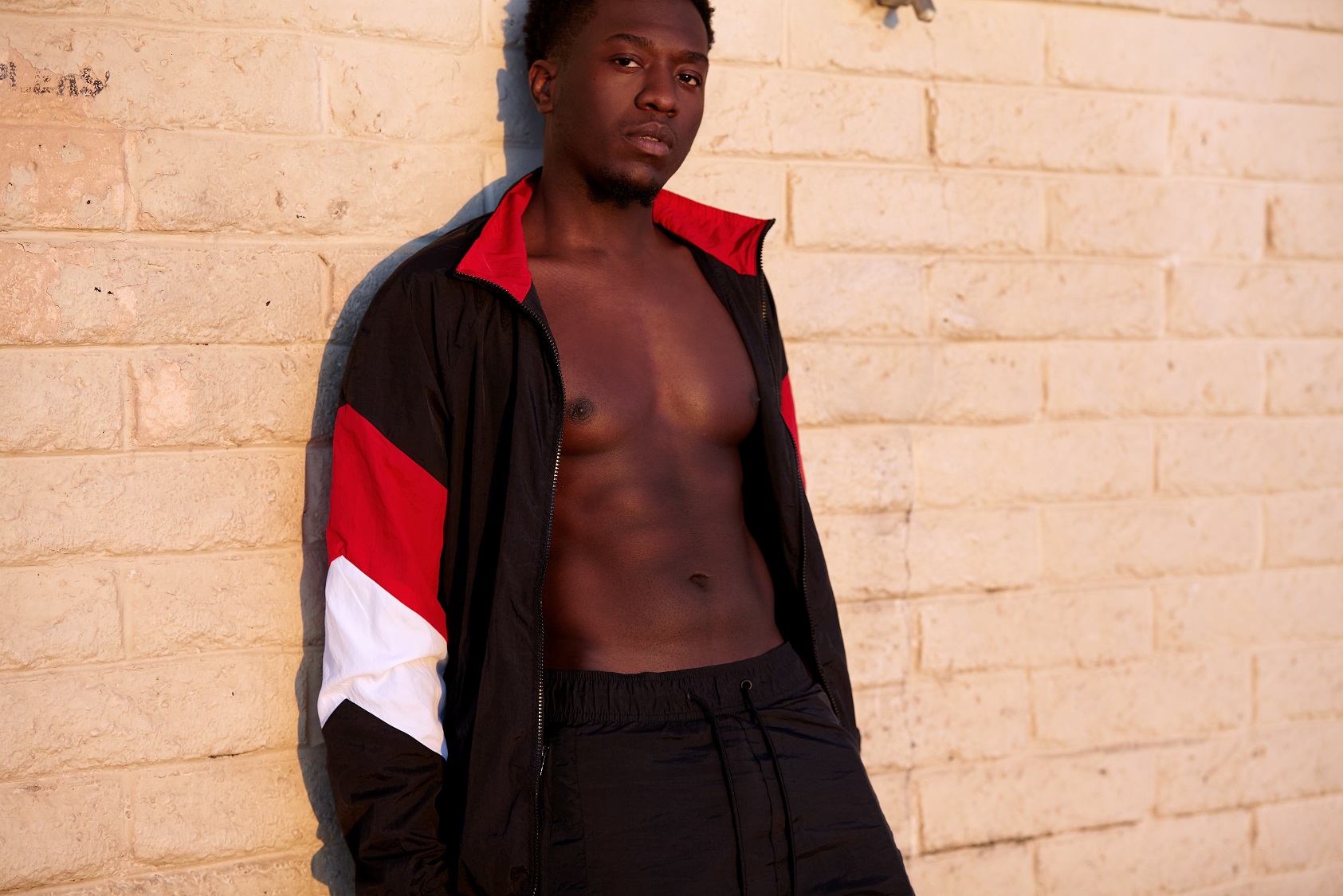 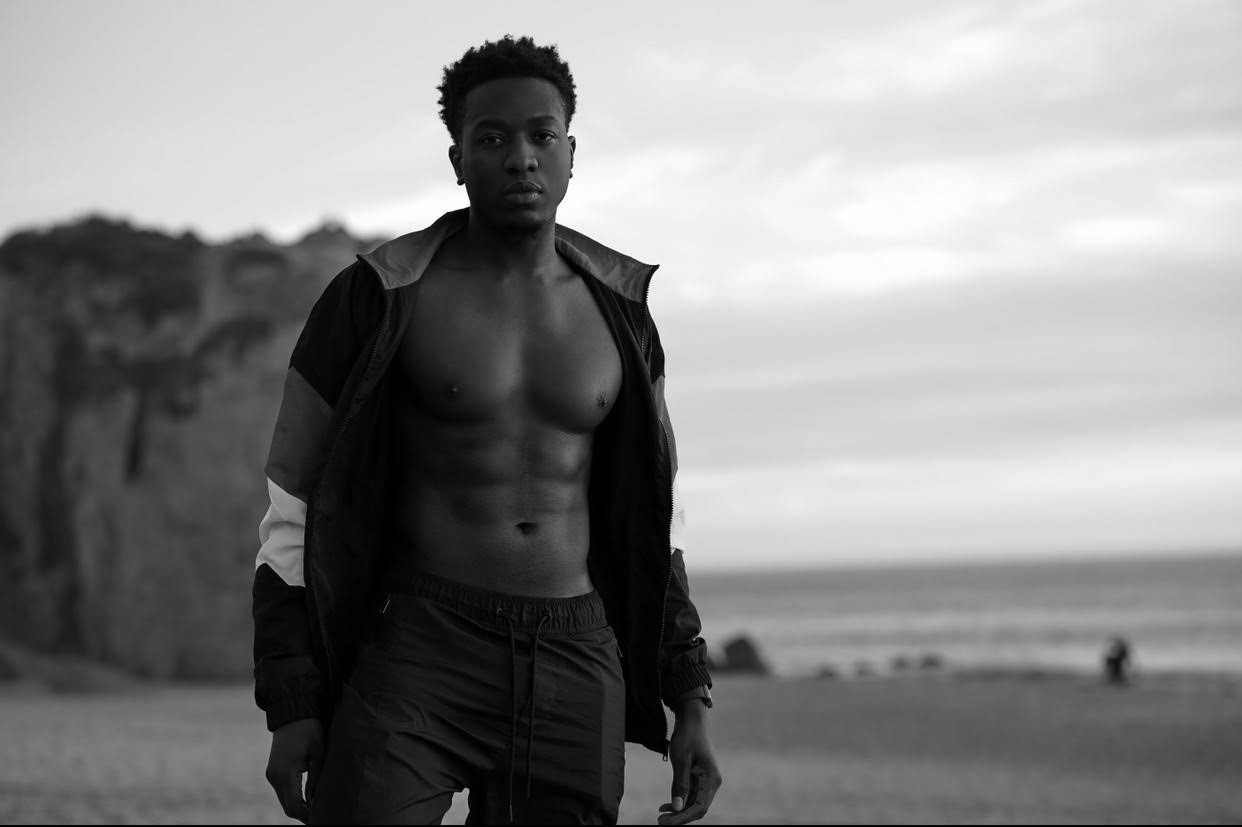 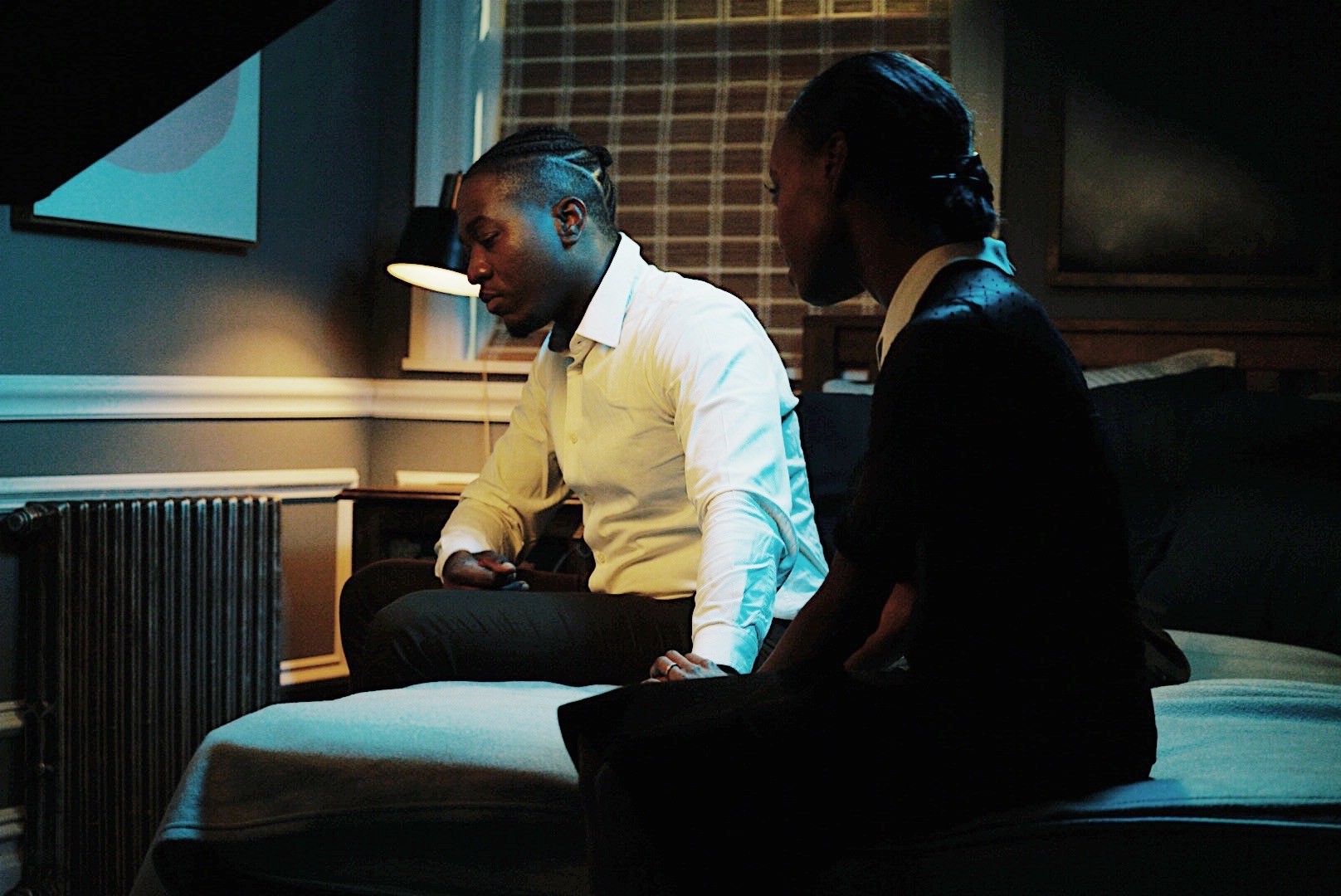 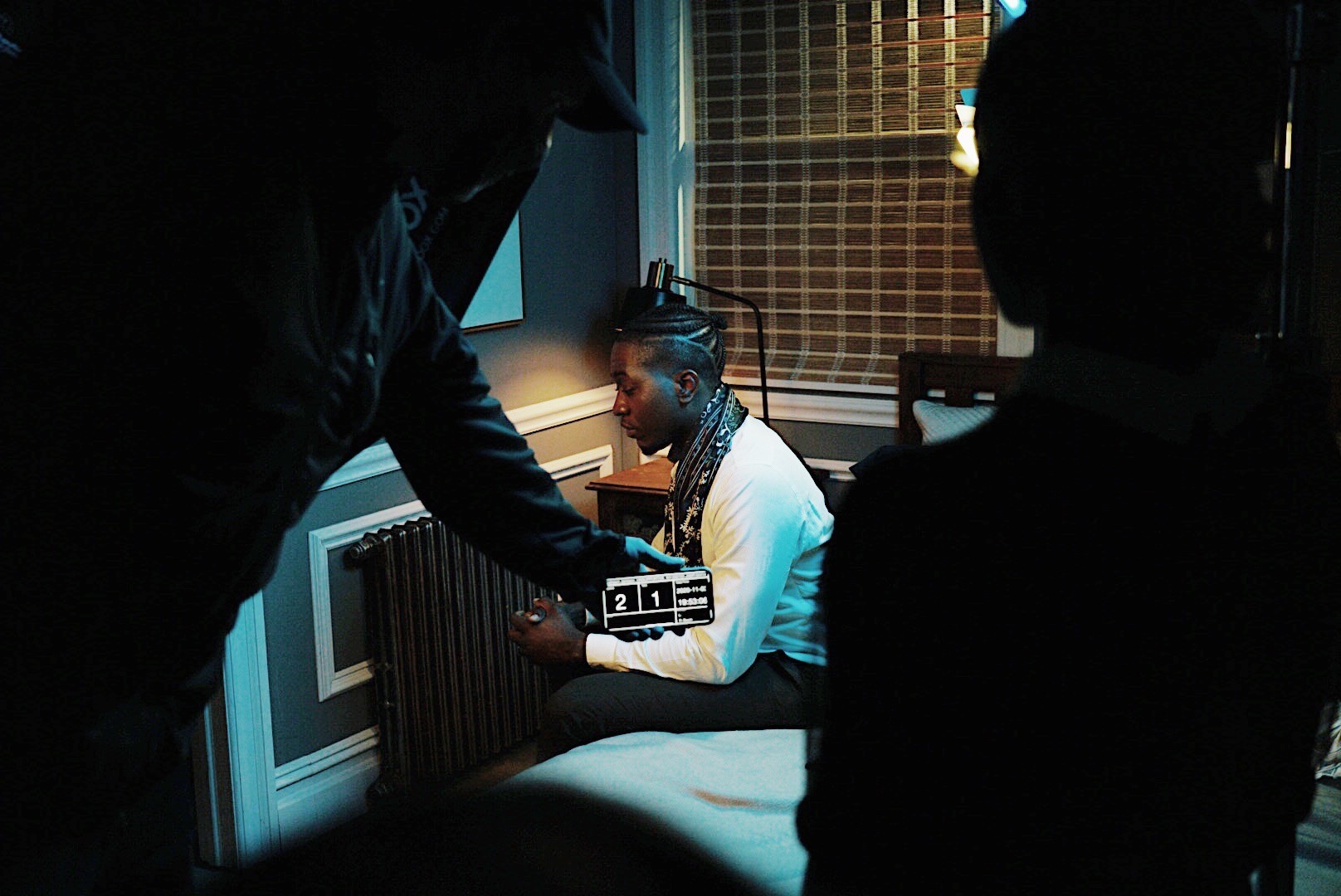 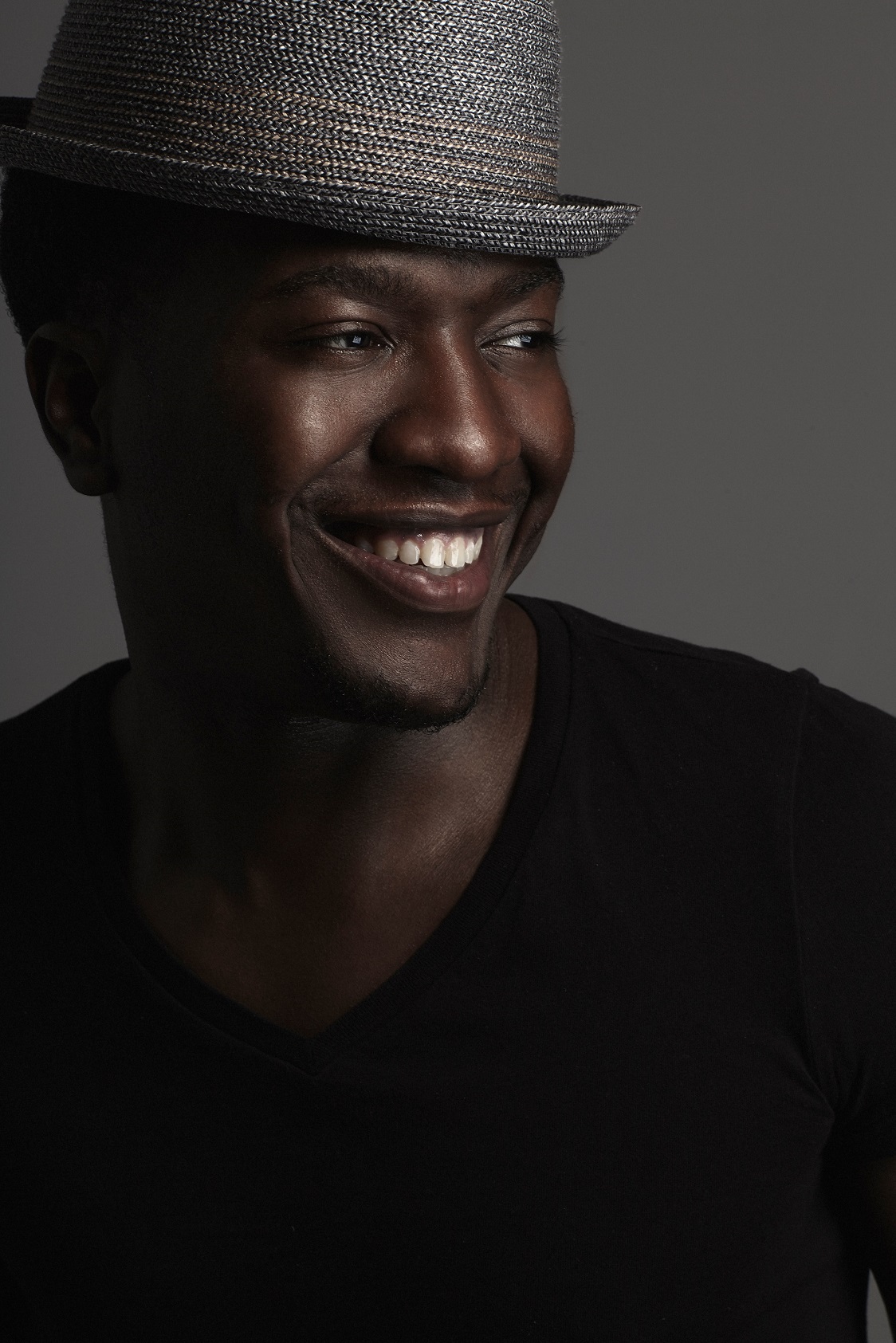