Daily Inspiration: Meet The Nice One 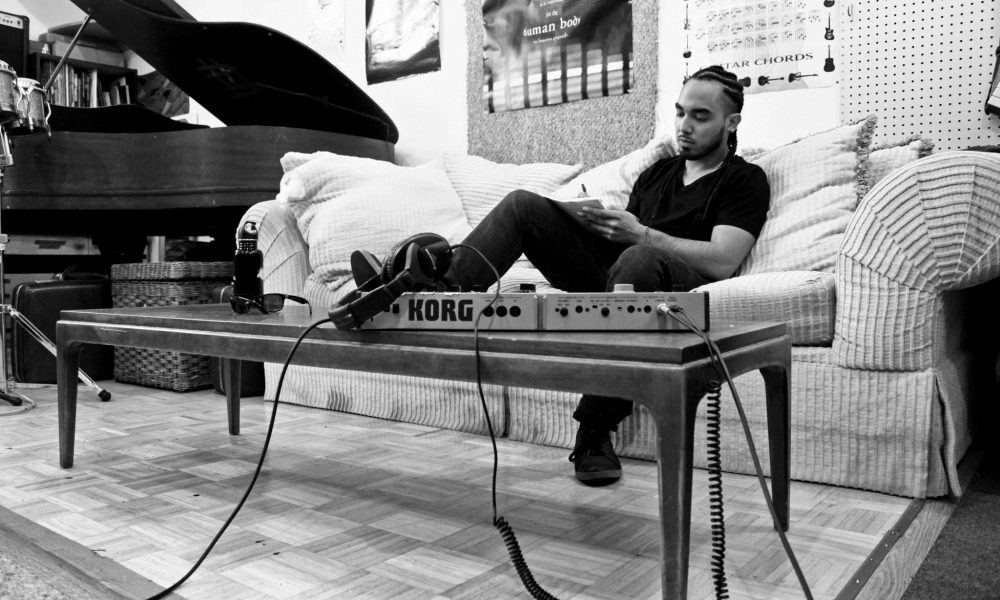 Today we’d like to introduce you to The Nice One.

Alright, so thank you so much for sharing your story and insight with our readers. To kick things off, can you tell us a bit about how you got started?
I’m a music producer & songwriter. I’m originally from Maryland currently staying in Los Angeles promoting my first artist album release ‘Love&Pain’. My story started when I was little kid. So my dad was the only person in the family that had an instrument, a harmonica, small thing but it was really cool watching him play it. Then one of my first real instruments I got was a clarinet while I was in elementary school, I did a bunch of school shows and a few competitions. During that time I was also going to piano lessons but that didn’t last long, it was so boring lol. Once the lessons stopped, I started to improvise on the piano my dad had and from there, I started teaching myself how to play and make up melodies/songs through the piano itself which is now my major way of how I produce my tracks & songs now. My dad passed away from cancer my last year of elementary, which definitely took a toll on me. Music and sports was my outlet fortunately and throughout middle school, I kept playing the clarinet and even joined the jazz bad, playing the drums a little bit. Then in high school, I came across this music program called Fruity Loops (FL Studio), which is my major DAW that I use currently today.

Once I learned FL Studio that’s when I knew I wanted pursue music as a career. I was attending the University of Maryland, and there I met my big bro and local artist DK aka Wayne Watts, which led to my first independent publishing deal. With them, my production was featured in a “Stop the Violence Campaign” hosted by the University of Maryland Hospital, which played in 72 different broadcasting channels around the nation, including ABC and FOX. We performed at various shows and venues around the DMV area and even did a northern eastern college tour. After that, I got the opportunity to intern for BET in Washington D.C. and then moved to New York to intern at Bad Boy Records. While in New York, I also had the opportunity to work for photographer mogul Johnny Nunez for a summer until I had to move back to Maryland. With all that experience, I decided to try to start my own music business venture, which led to my move to California. I didn’t know anyone out there except one friend but they just moved to L.A., either way I got a one way ticket and I flew to San Francisco first for school in music business. During that time, I was still going by T-NO productions and after I completed the program, I moved to Los Angeles to try make something out of nothing.

In L.A. is where The Nice One was born, focusing on my creative side more as a music producer & songwriter. It’s been a roller coaster here at one point, I was living out my car for like seven months but fortunately, I was able to bounce back on my feet. I’m now collaborating with some new local talent and very excited to showcase the new music coming in 2022. Main goal is to get in the studio with major artists next year.

Would you say it’s been a smooth road, and if not what are some of the biggest challenges you’ve faced along the way?
Definitely not a smooth road but a lot of life experiences. My dad’s death was definitely one of the hardest things to experience, I was young too, I was ten. Fortunately, music and sports was an outlet. Moving was another struggle. I didn’t know what I was doing and my brother found this music program in San Francisco and when I got accepted, I just went with the wind. Moving to another state across the country and not knowing anyone was a hell of an experience, but I’m happy I took it. Luckily I’ve met great people during my journey who all helped me mold into myself as a music artist. Last rough patch I went through was when I was living out of my car for about seven months. My family and a lot of my friends back home didn’t know because I didn’t want them to worry. I was blessed to have a few good friends here in L.A. and they helped me whenever I needed a place to crash at. It was tough mentally for me but so happy I never quit on myself and overcame it.

Thanks for sharing that. So, maybe next you can tell us a bit more about your work?
So my main talent is music producing. I use FL Studio as my main DAW (Digital Audio Workstation). My music is a mixture of HipHop/R&B, with an urban Latin/Caribbean influence. I currently released my first artist R&B album. ‘LOVE&PAIN’ and now I’m currently working on a reggaeton/Caribbean project that’ll be released in 2022. One of my recent proud moments was that I was one of the first music producers to participate in an online SXSW EDU music workshop (hosted by the DreamCreateInspire tour) last year in 2020, which was part of the SXSW event last year. We had about 100 attendees online and we showed them how to produce a song. What sets me apart from others? My sound. I feel like I have certain ambient sound when it comes to my production and mixes.

I also have a music video performance out now on youtube: search “MUSE The Nice One”.

Finally, you can find my music on all streaming platforms, just search THE NICE ONE. 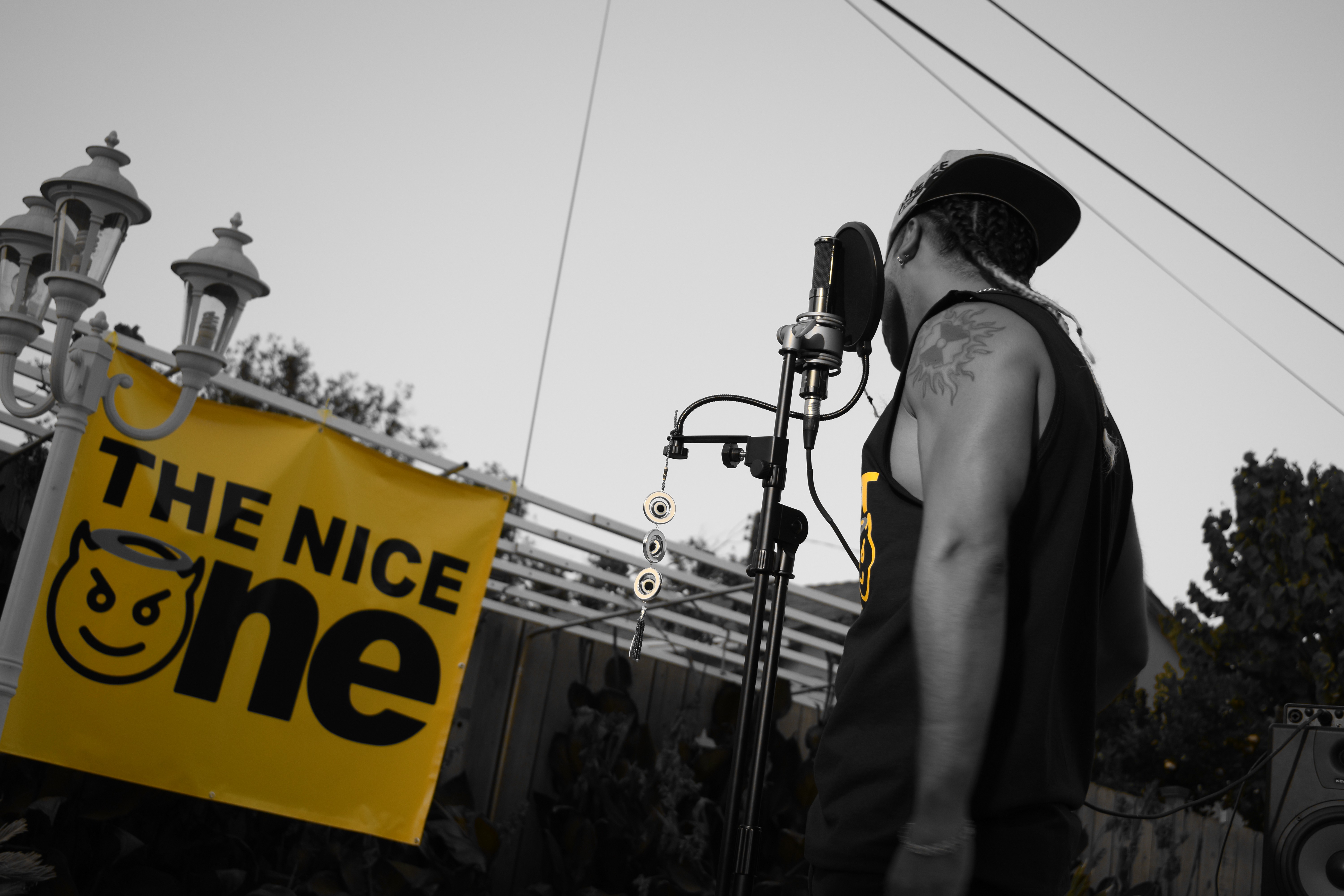 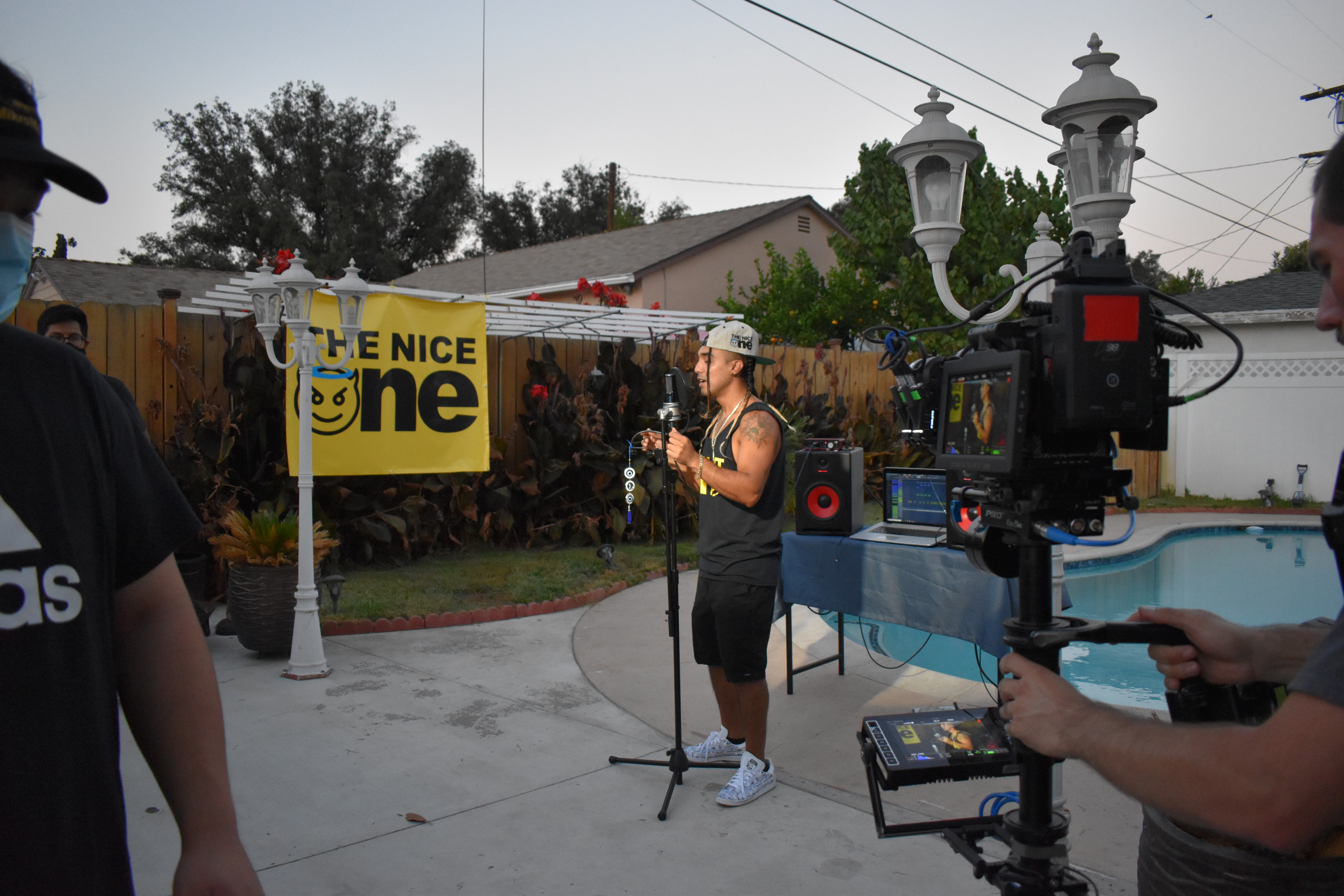 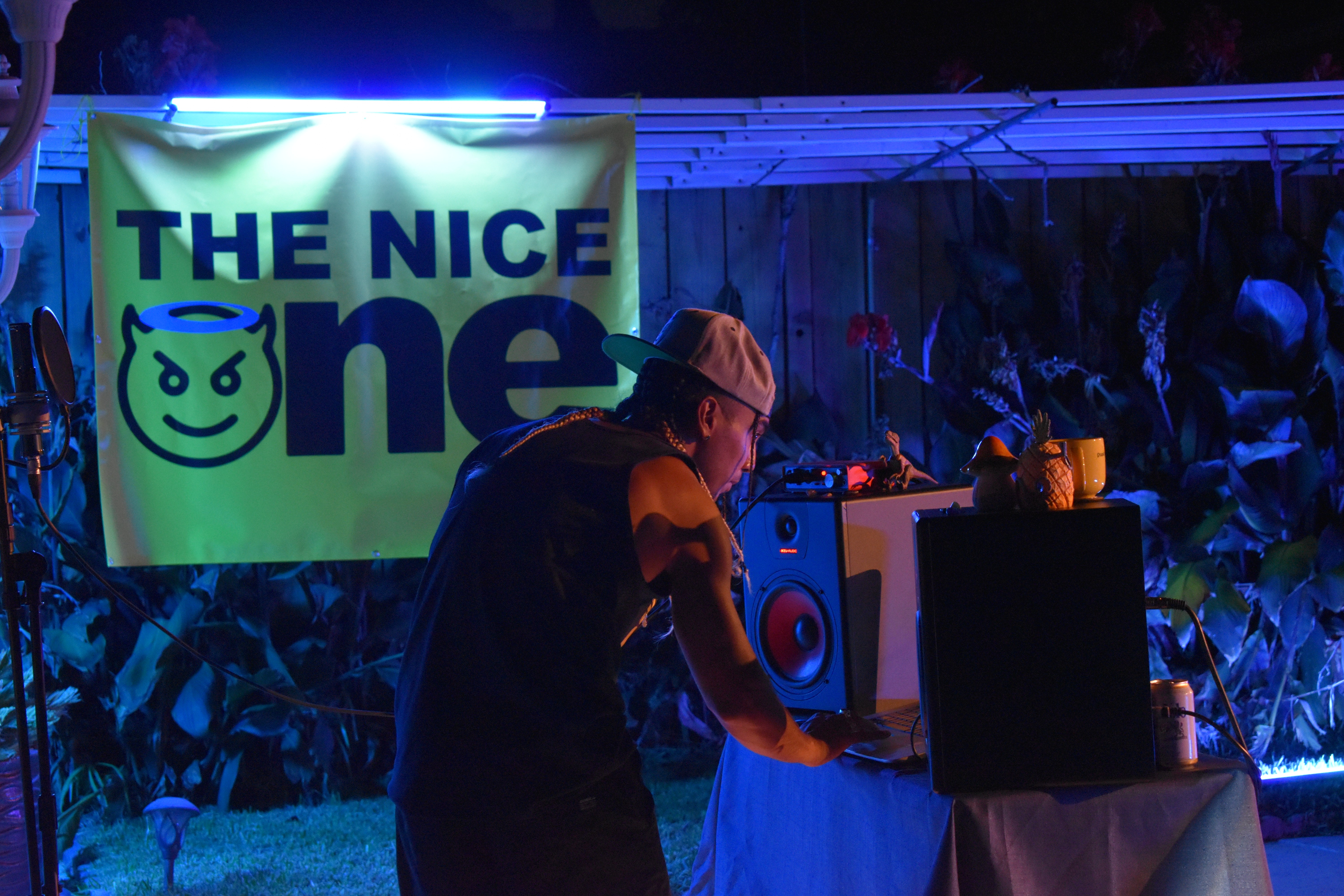 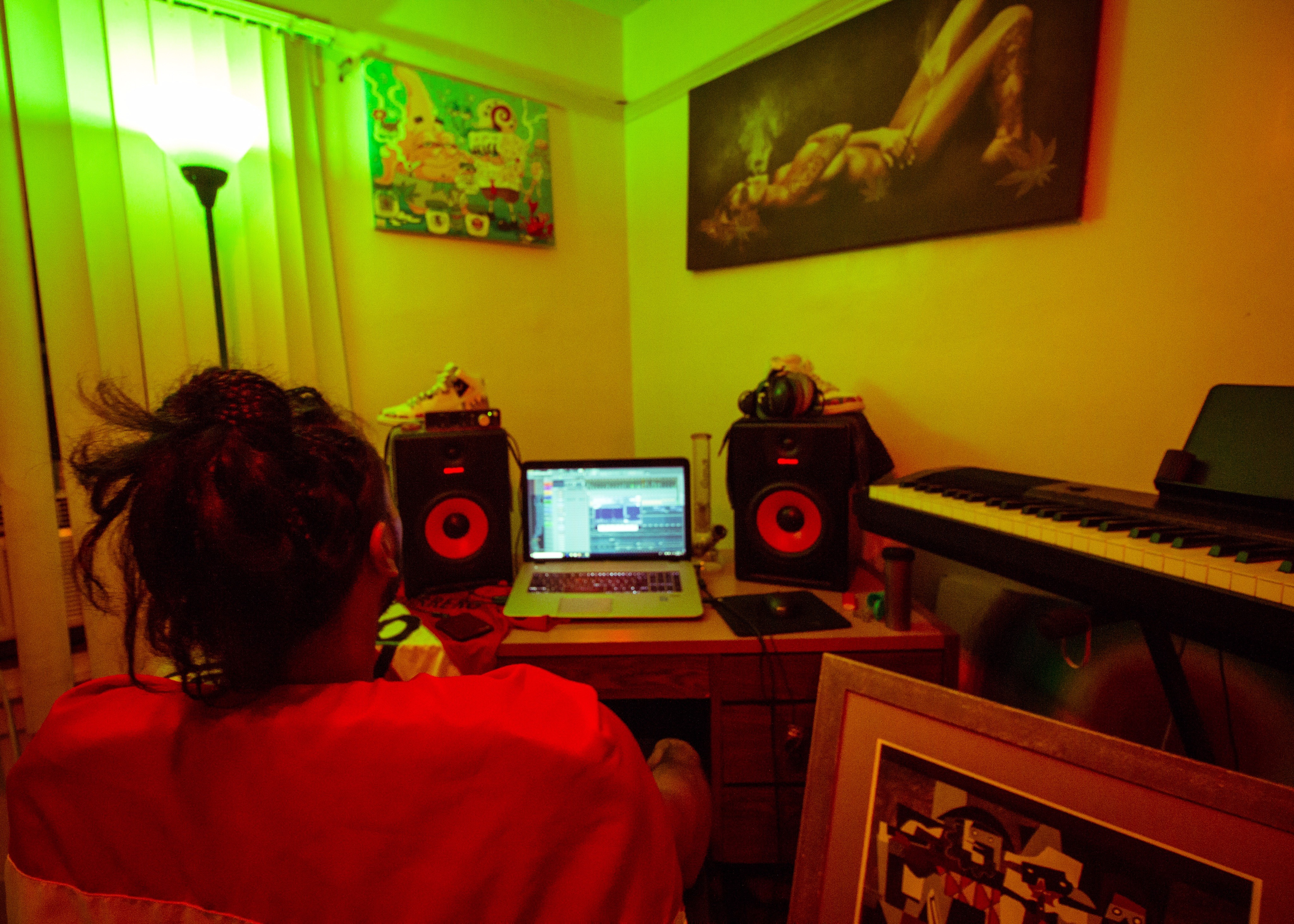 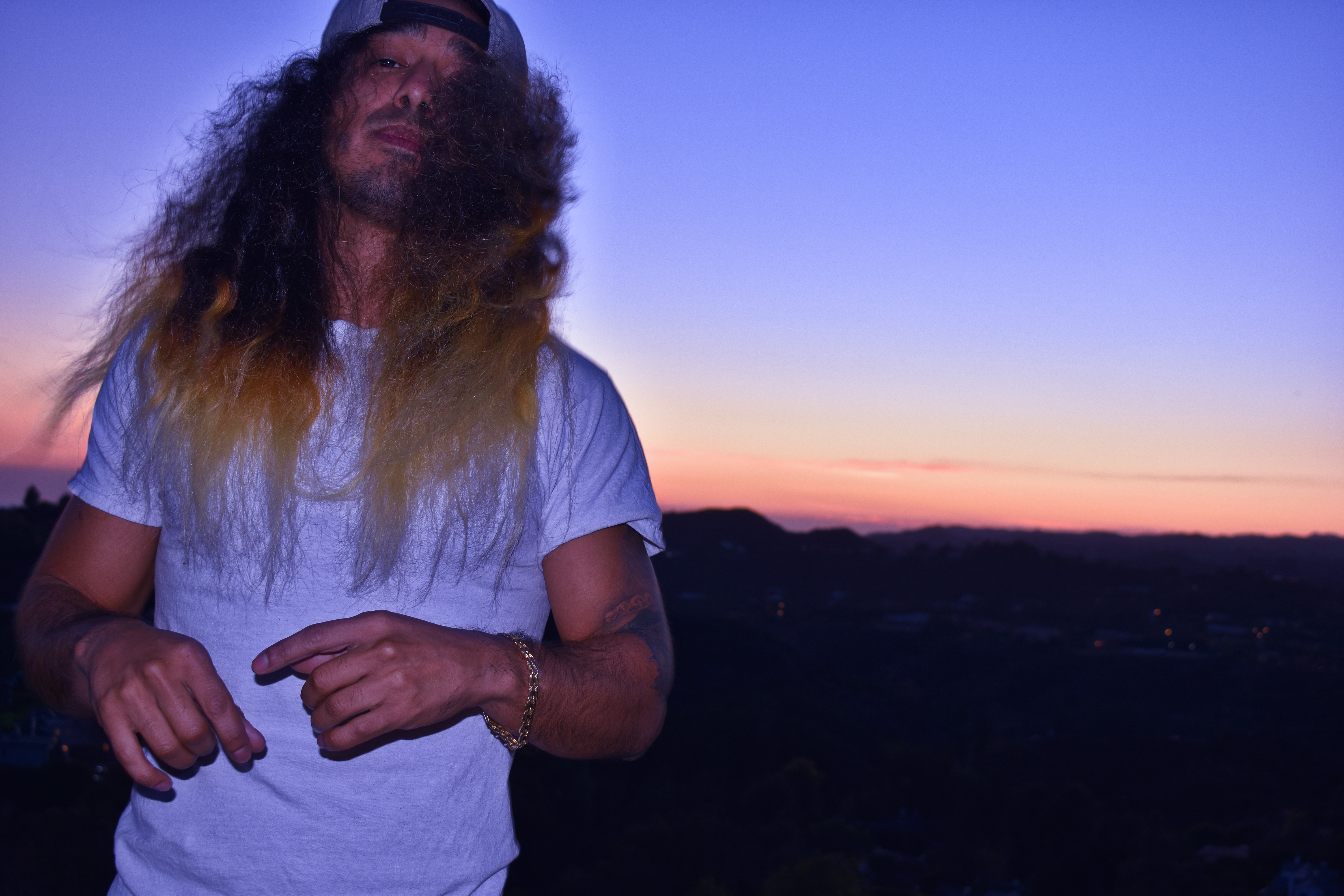 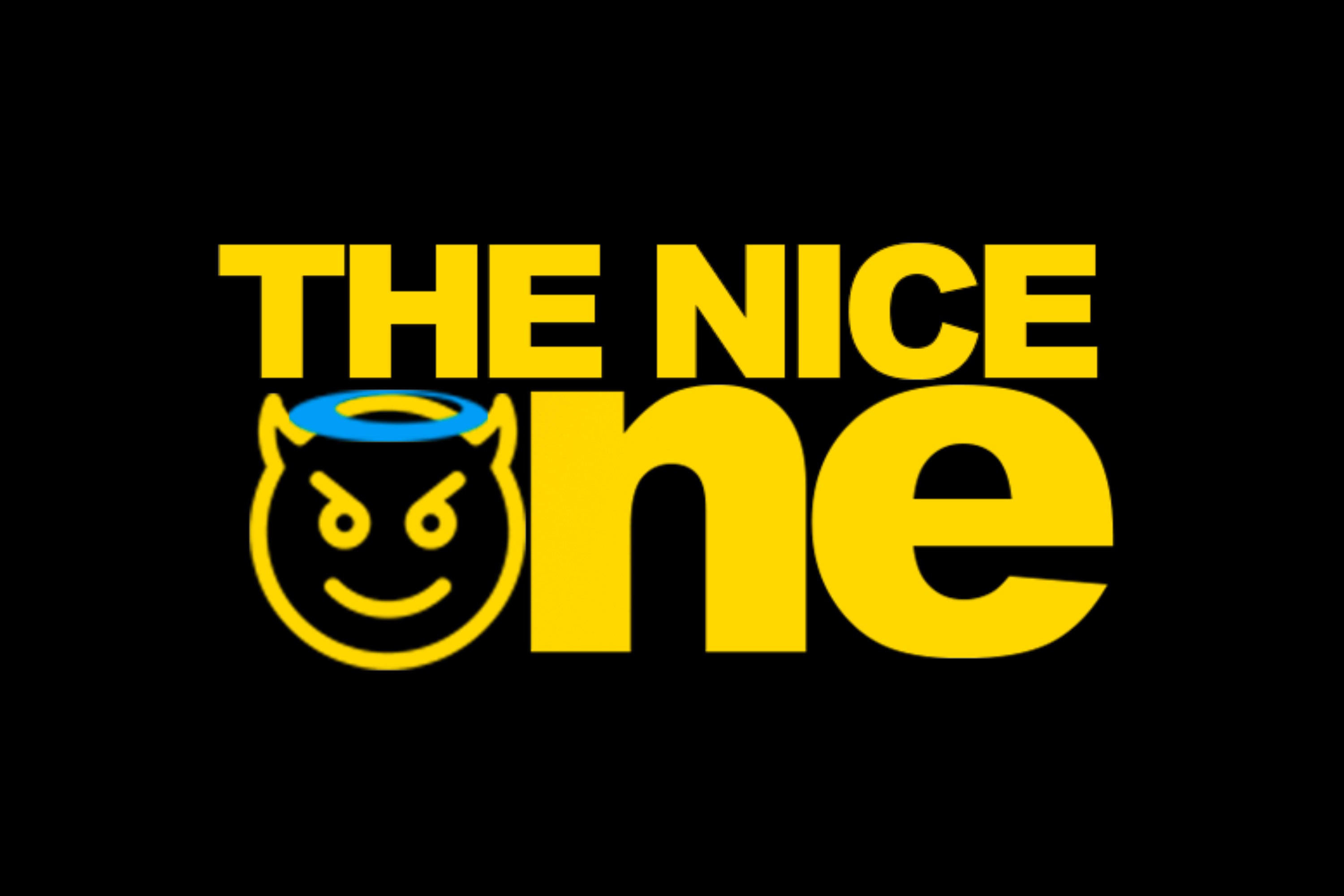 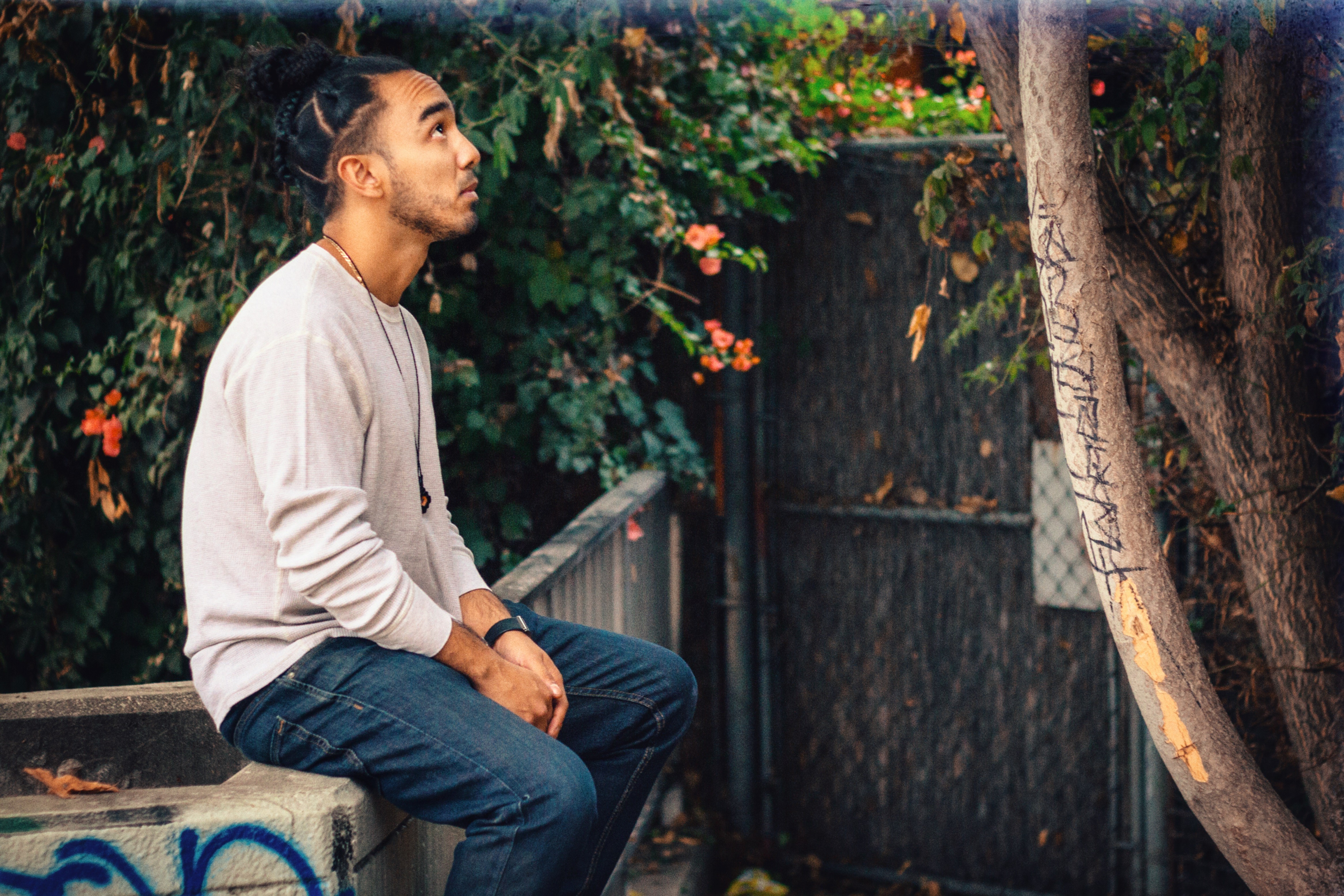