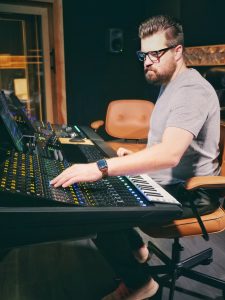 Today we’d like to introduce you to Sean Price.

Hi Sean, so excited to have you with us today. What can you tell us about your story?
Music has always been an important part of my life. I come from a family of accomplished musicians and artists, so this passion for creating music was always encouraged. I started learning to play classical piano when I was five years old. My Uncle Scott was an incredible Concert Pianist and listening to his artistry as well as seeing the effect his music had on others lit a fire within me.

I intently studied for over ten years when my Grandparents agreed to purchase a Grand Piano for me. I had established that I knew I wanted to make a career in music and they wanted to support me, for which I am incredibly grateful. However, en route to guitar center I realized that while I loved Classical Piano, my true passion was creating the music and the beats, making something new that was entirely my own. So instead, I used the money to buy a laptop, recording software, a piano keyboard, a Shure KSM-32 Mic, and some M-Audio speaker monitors. The rest is history! That became my life’s true passion and I continued to create music through high school. Day and Night, I was pursuing this dream. When the bass from my speakers at 3am started to affect my family’s sleep, they didn’t punish me or tell me to stop. They simply converted our detached garage into a bedroom/my first recording studio and told me to follow my dreams! After graduating from Ex’pression College for Digital Arts, I moved to Los Angeles to pursue a career in Audio Engineering. When people tell you that starting out in this industry is tough and you have to keep hustling, they aren’t exaggerating. I spent the next five years taking advantage of every opportunity I was given and learning as much as I could. I worked live sound and video events all over Los Angeles, and while I loved every minute of it, I knew my true passion was working in the studio.

At one point, in the space of several months, I was rejected by over 25 recording studios. One day I found myself at Victory Studios in Burbank holding my resume and the last shreds of hope I had. The first person I met was not a producer or an executive, but the facility’s Janitor, who chatted with me about myself and gave me a tour of the facility. I will never forget his kindness. I left my resume with him and wished him the best, not thinking I would ever hear back from them. Less than an hour later a Producer by the name of Todd Roy called me in to interview, and with the confidence only a young man with nothing to lose can pretend to have, I convinced him to hire me. I spent four years freelancing with Victory Studios and it was an incredible opportunity to learn on the job. Eventually, after investing every penny I made over the years into myself and new equipment, I was ready to take a leap of faith and open my first studio. It was absolutely terrifying taking that risk with no work guaranteed, but I was ready to take charge of my career. Pricetone has had several iterations since it first began in 2014, each one an improvement on the last. Over time I learned the craftsmanship involved in building an incredible studio, and working on this space with my own two hands has connected me to this studio in a profound way. This newest location is my absolute pride and joy, and I am so grateful to be where I am as I almost lost it all.

In the Spring of 2017, after almost six months of construction and investing every penny to my name and then some in this space, Pricetone was set to open in its newest location. Unfortunately, due to an unforeseen series of events, the city of Burbank shut down the building weeks before we were set to open. That had to be the scariest point in my life. I had everything invested in this location, and I was now stuck with no income, bills piling up, and what looked like no way out. There were days I wasn’t sure Pricetone would come through this. I dedicated myself to making the space compliant while continuing to create revenue. At one point, I literally lived at the studio, sleeping in a construction zone to make sure I had enough money to keep going. I am so grateful to the clients who stuck by me through those times. They’re like family to me now. After over a year, Pricetone was given the green light to resume operations, and we’ve been creating amazing music and sound for movies ever since.

Would you say it’s been a smooth road, and if not what are some of the biggest challenges you’ve faced along the way?
My own journey as well as that of Pricetone’s has been anything but smooth. The biggest challenge I have ever faced was definitely when the City shut down the building Pricetone was operating out of in March of 2017. There was so much unknown, including a potential re-opening date. For all I knew, I was holding on to Fool’s hope. My control of the situation was limited to the improvements I could make in my own space. I had to hope that the rest of the building would follow suit and rely on the efficiency of local bureaucracy. It did not go well. I remember at one point while sleeping on an inflatable mattress in the middle of construction zone, covered in saw dust with no end in sight, I genuinely wasn’t sure Pricetone would recover. I was lucky in that I had a few incredibly loyal clients who continued to book with us and support me through that time. I am also lucky in that I have the greatest parents in the world, who helped keep me afloat as well as keep me sane. While it was a hard period of my life, I’m also grateful for the lessons it taught me. Friends became family, my family became my best friends, and I learned so much about what I was capable of. When we were finally able to re-open over a year later, I had hoped Pricetone would be able to recover. The fact that it has been so successful since then is the greatest blessing. Now, if we can just make it through a pandemic we’ll hopefully have smooth sailing for awhile!

As you know, we’re big fans of you and your work. For our readers who might not be as familiar what can you tell them about what you do?
Pricetone Entertainment is designed as a state of the art hybrid recording studio/Audio Post facility. The space was created with the idea in mind that an artist or producer could use the studio to create any vision from Music to Voice Overwork and anything in between. If they can dream it, we can make it happen and this is what makes Pricetone unique. A large portion of our clientele are vocal artists, especially Hip-Hop, Rap, and R&B artists. We have some of the hardest working clientele and over the years, Pricetone has become a hot spot for young emerging artists as well as established Rappers. Engineering this work is awesome, and over the years I’ve created a bond with so many talented people. Pricetone is also known for its Audio Post work. The project I’m most proud of is a documentary called “Robin’s Wish” available on all major platforms. The piece discusses the final years of Robin Williams from the perspective of his Widow. It is incredibly moving and was a fun and interesting challenge.

Are there any apps, books, podcasts, blogs or other resources you think our readers should check out?
Ironically enough, while I am comfortably expressing myself through music, there was a period of time where I was terrified of expressing myself through public speaking. With the rise in Social Media, I knew I was never going to make it if I didn’t confront that fear. I started attending Toast Masters in Burbank! While I’m still not the most confident public speaker, I can make a great dad joke at a party and am looking forward to saying my own vows at my wedding this year, and for that I am so grateful. 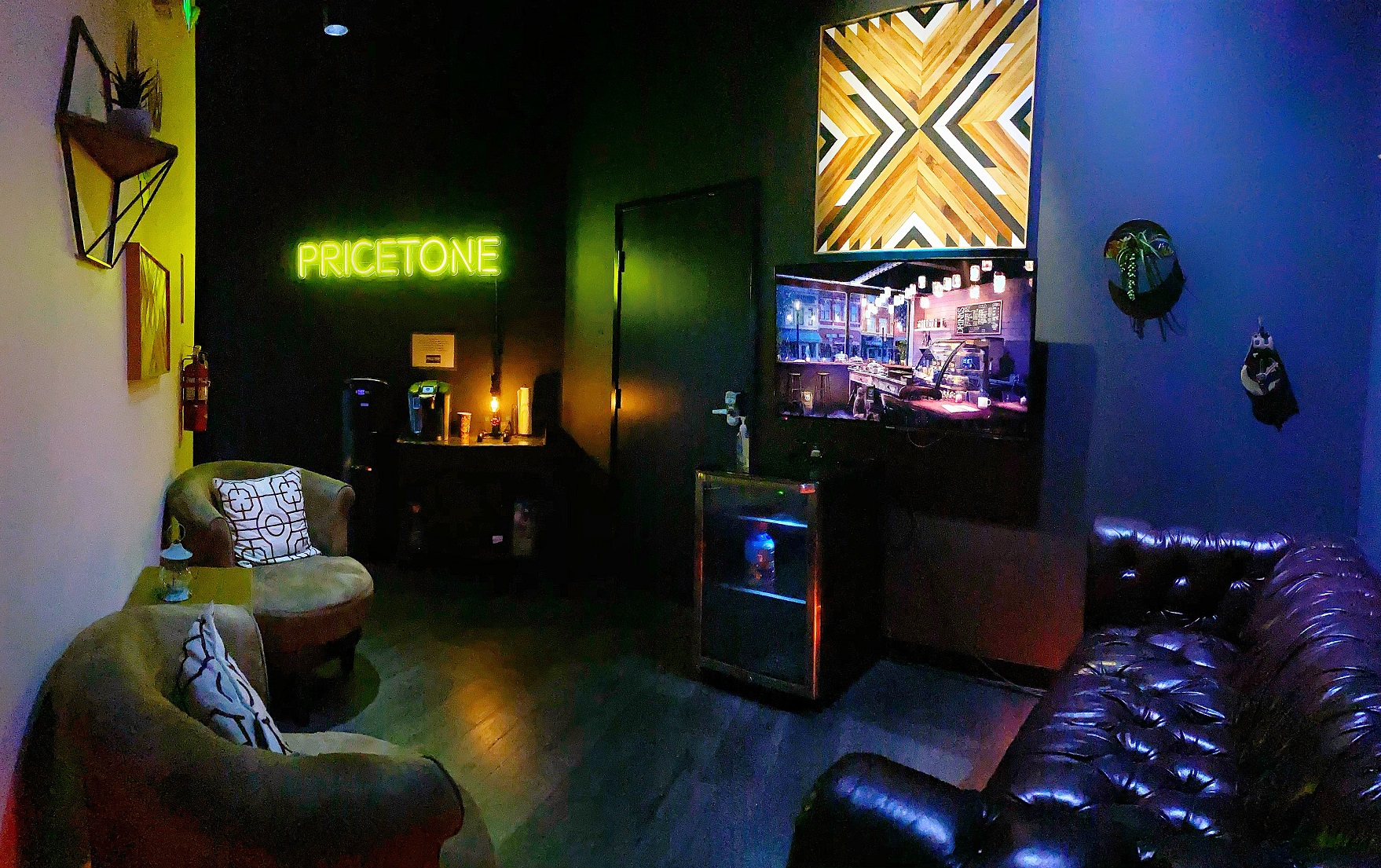 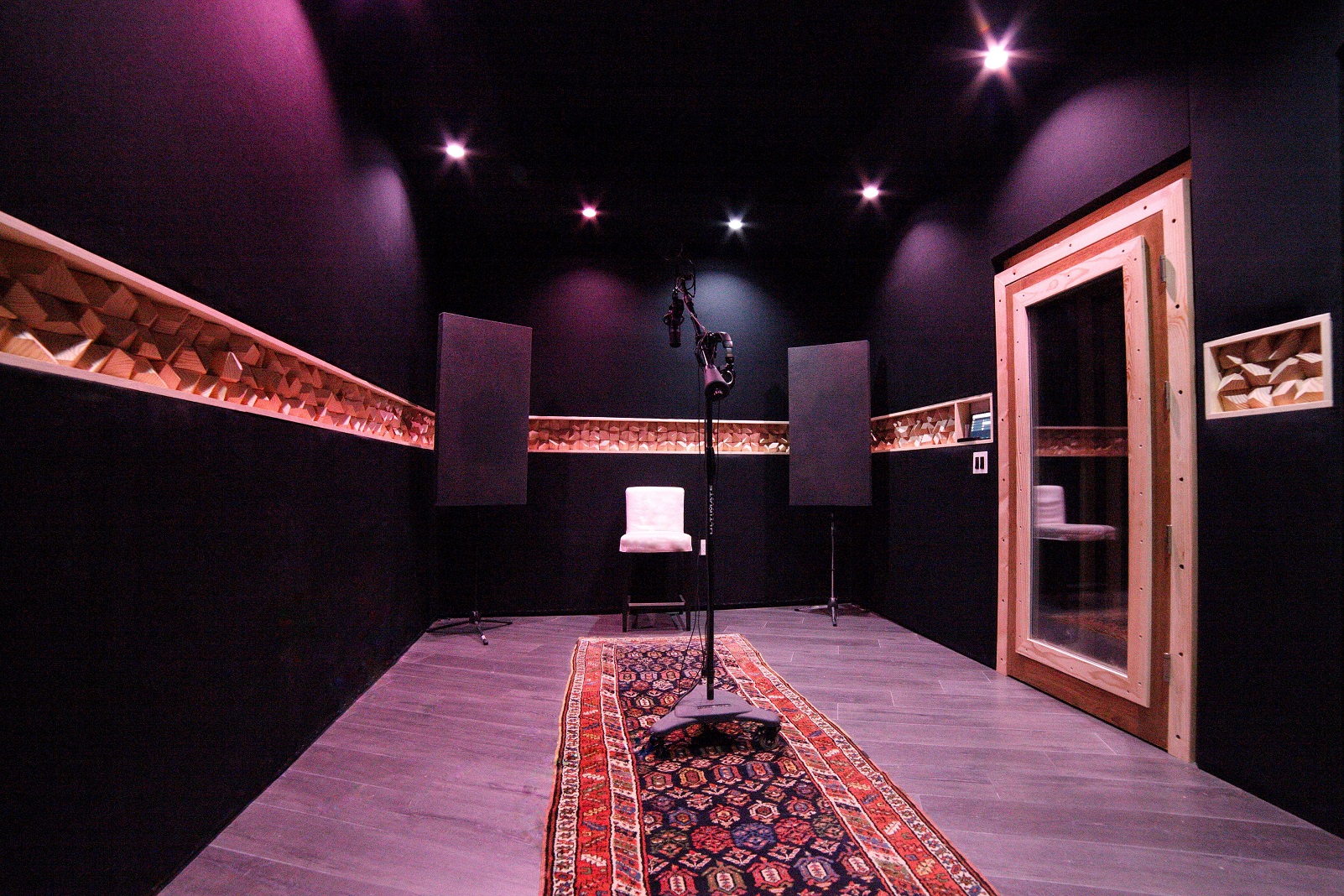 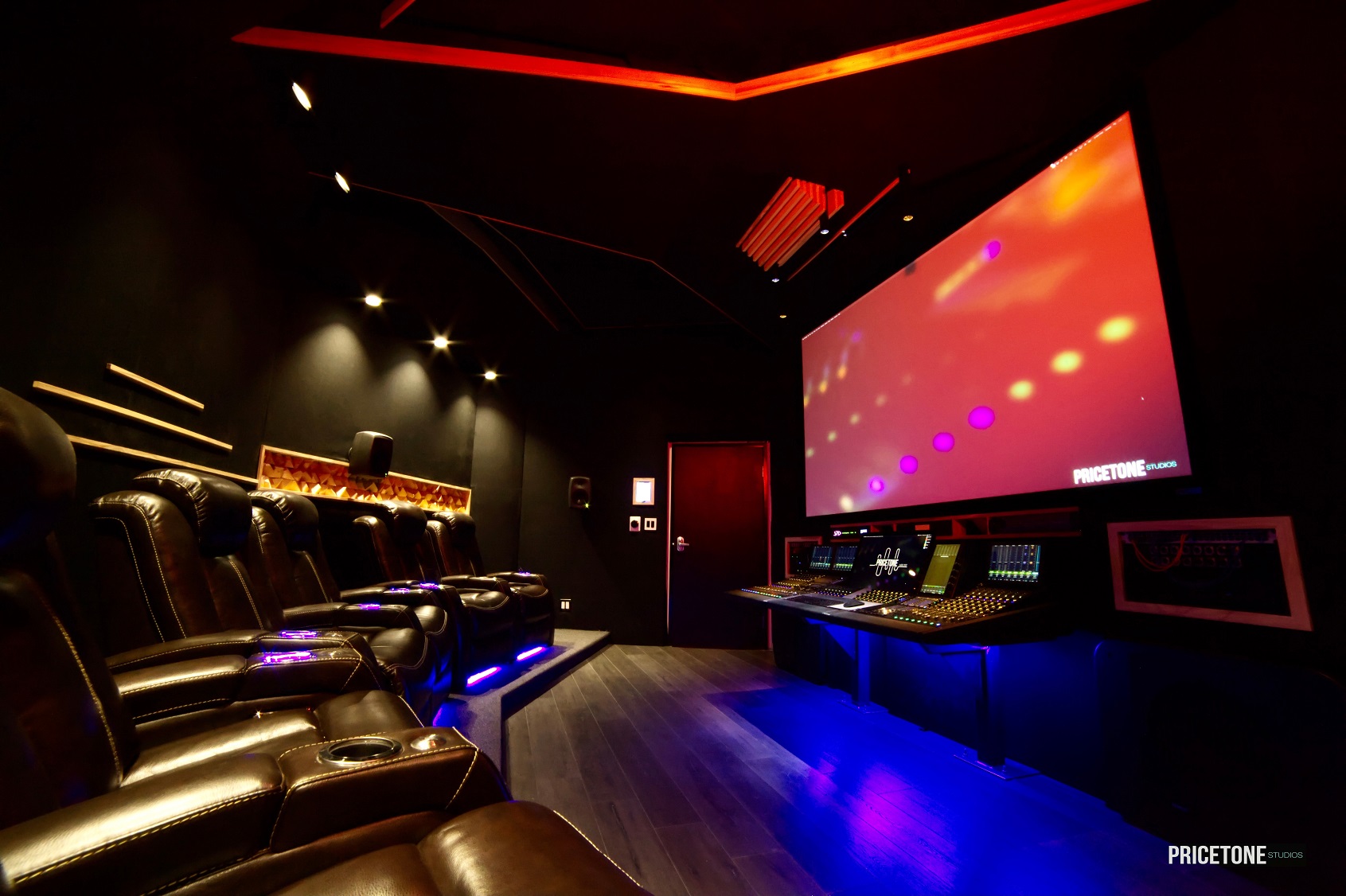 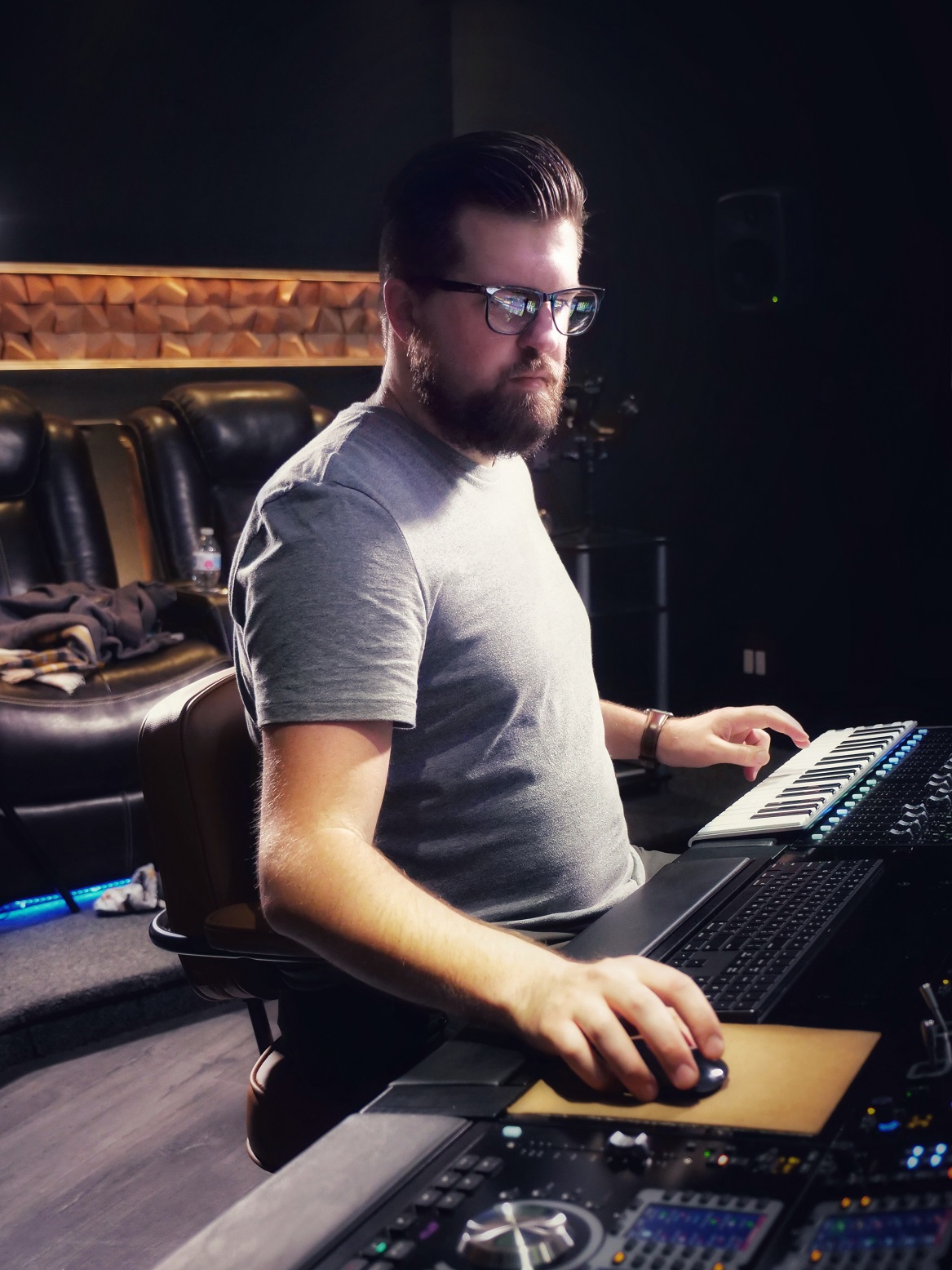 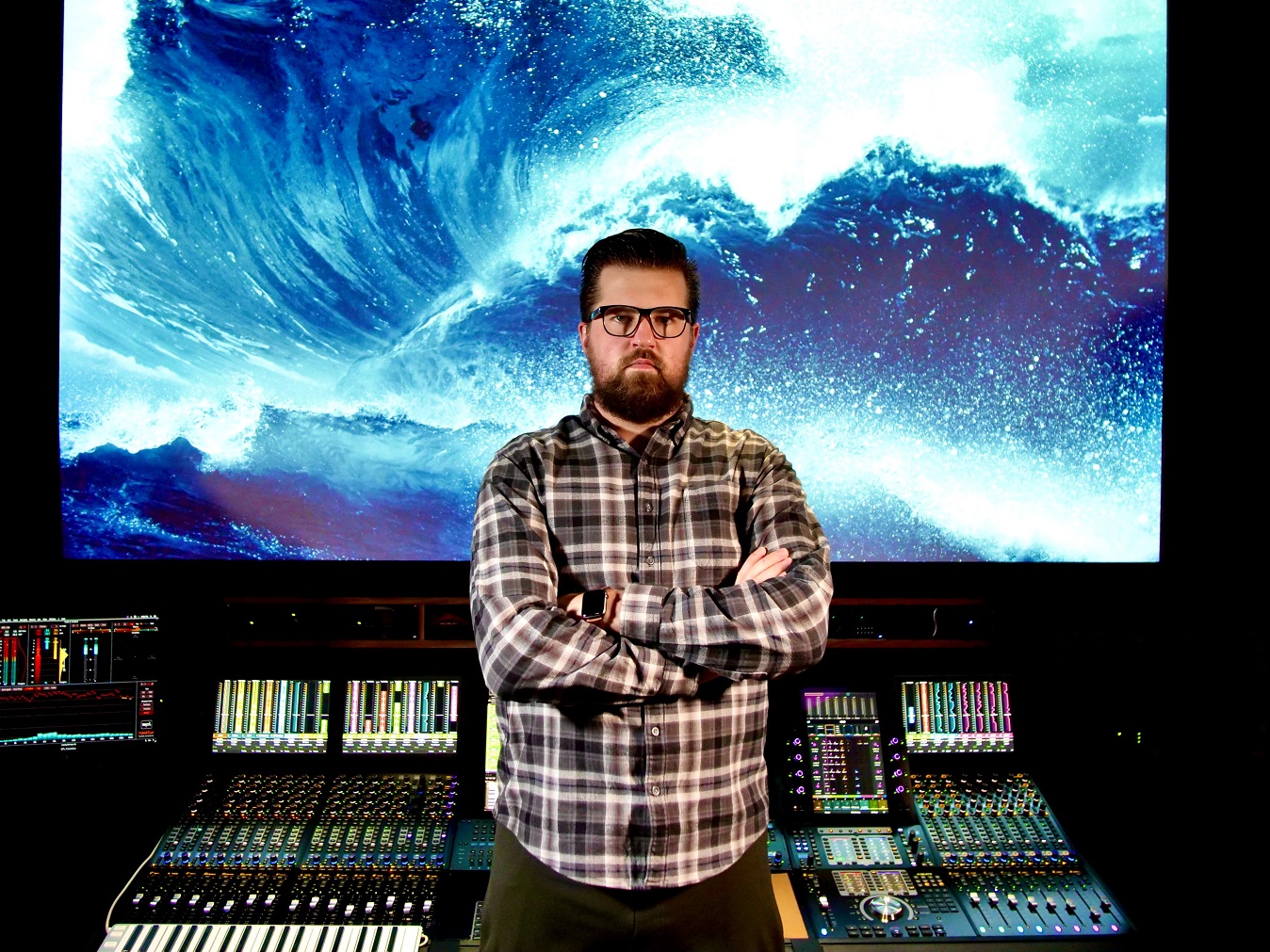 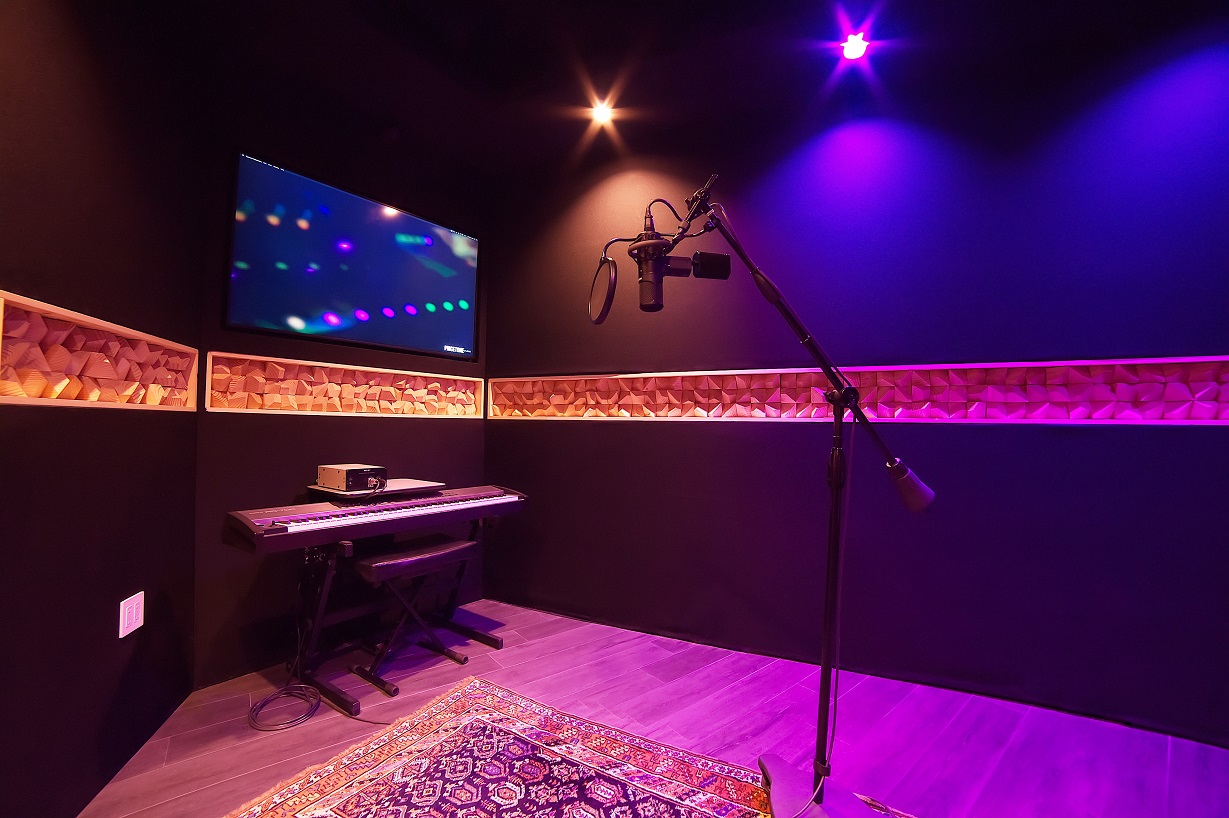 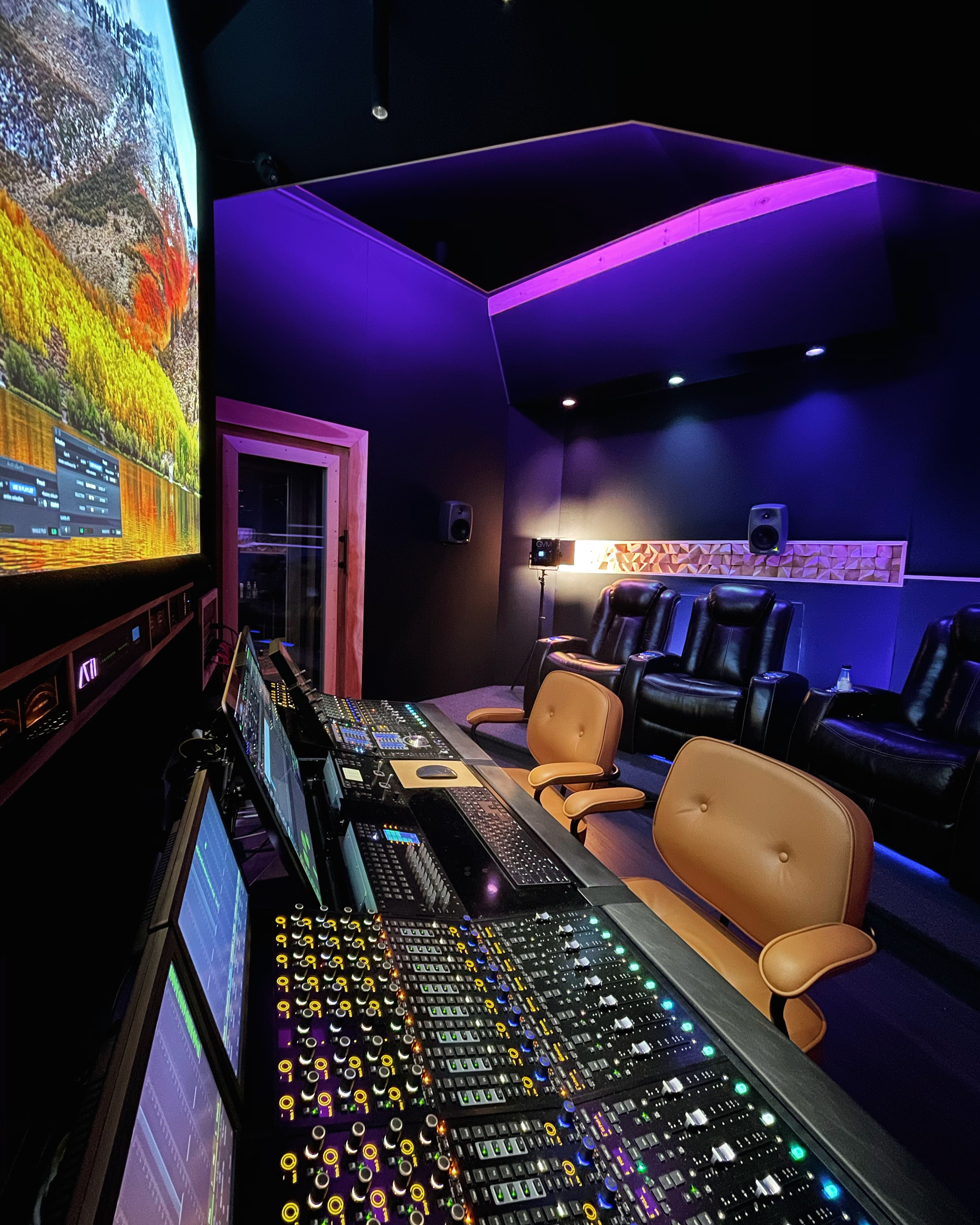 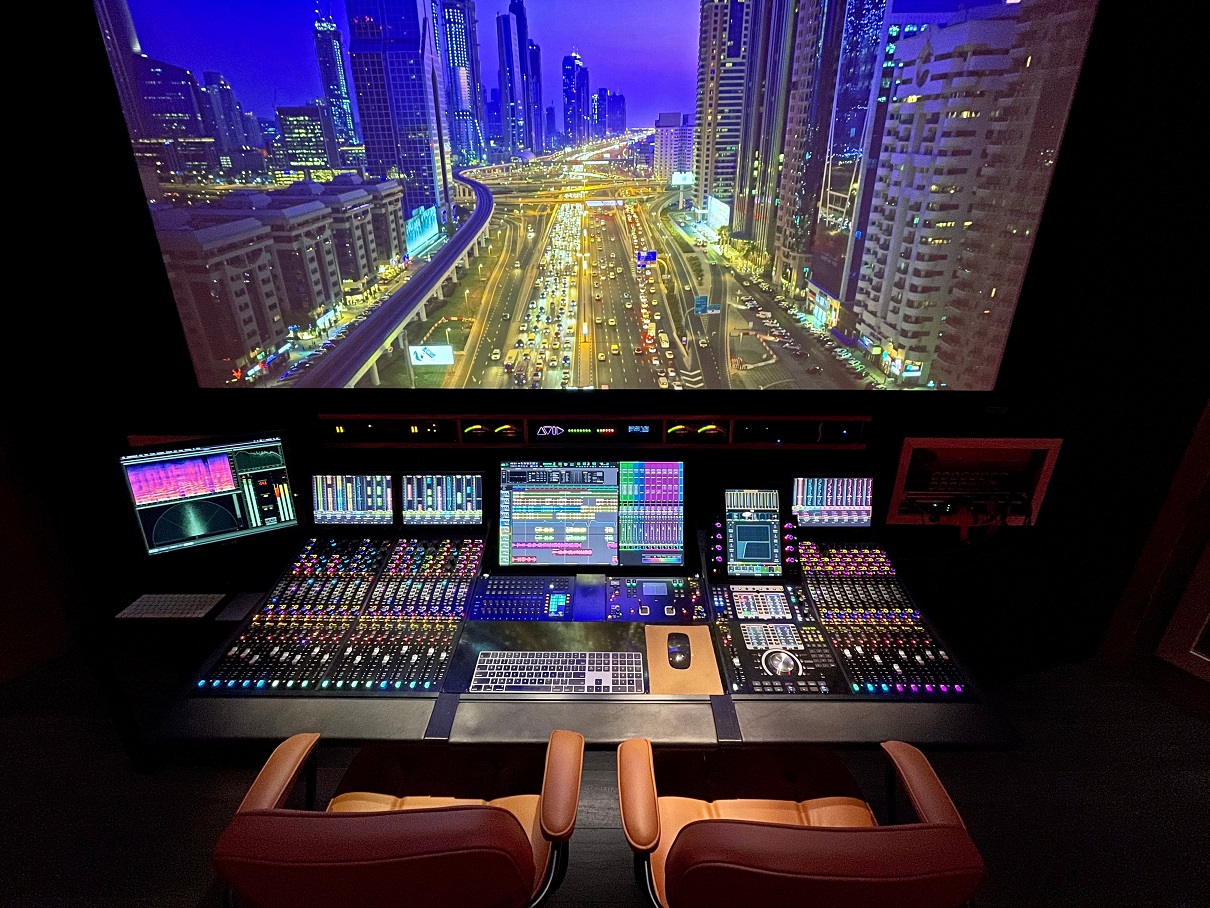