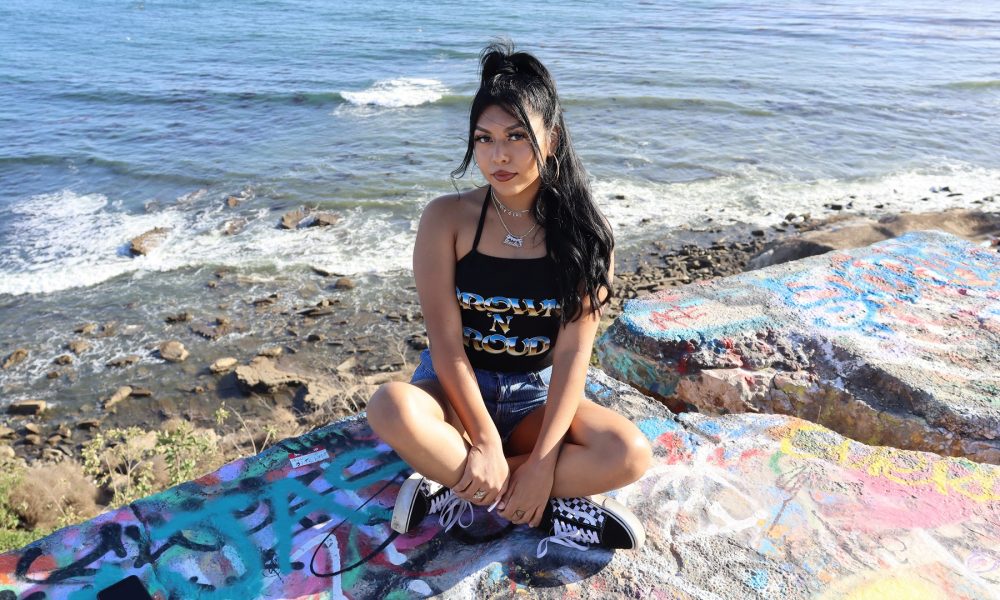 Today we’d like to introduce you to Say – Le$.

Hi Say, it’s an honor to have you on the platform. Thanks for taking the time to share your story with us – to start maybe you can share some of your backstory with our readers?
I guess you can say it all started at the ages of 6-8, that is when I was old enough to understand my love for music. There was a time when music was my only friend. I was one of those kids who always had to take earphones with me everywhere I went, especially to school. I grew up listening to a lot of Beyonce, Biggie, and Aaliyah. All very different artists, which is why to this day I can listen to just about any genre. As I got older, I would say around the age of 14 I started to write my own music. Now, when I go back to those notepads on my iPhone (I still have a couple of things from way back) I’m thinking to myself “This don’t even make sense.” My pen has definitely improved since then. At that time though, I swore I was going to grow up and become a singer like Beyonce. But life took a different route. When certain people who are not from around hear South Central, I’m pretty sure they think poverty, violence, and gang affiliations, BUT when I hear of South Central, I automatically think palm trees, Nipsey, graffiti. I think of all the good that comes from it. Yes, there is a lot of crazy s*** going on, but the community here always makes the best out of everything.

Plus, this is a place where most people are considered minorities. So there is this mentality instilled that “You gotta go to college, get a career, and start a family” because thats the “American Dream.” You never really get told to follow your dreams especially music being one of them. By the time I was in high school most of the performing arts programs in LAUSD (a district within Los Angeles) were defunded. Luckily this is where I met some amazing friends, when things would go down or things were going hectic, we would make the best out of certain situations with the little that we had. There was days where we would all meet up to go to a view or somewhere to just post up real LA things, and next thing you know someone is saying “put on a freestyle, I got some to say.” We would all get in a circle and just start spitting bars.” At the moment, I don’t think I was ever thinking like imma be a rapper. It was just being done as a form of expression. Eventually we did it so often that I gained a certain love for rap and gained a certain confidence for it too. Thats when I decided to put myself out there and upload my first video of me rapping to “Act Up” by the City Girls on Instagram. I did not have much to lose. I got so much support from that video and to be honest, I still had not yet found my voice. But after that, I was unstoppable.

I decided to begin attending Los Angeles Film School in February 2020 for music production, and all throughout the year of 2020 I was being consistent with uploading content on Insta. I feel like a lot of that is what helped me to get to the level that I’m at now when it comes to my pen and my music in general. I am honestly glad that I took all of these initiatives because I would not be here today. About to release a whole EP titled “Say Less, Do More,” which is going to release in the month of April 2021. I have been working so hard on this project! I am so excited for everyone to hear it!!!!!! Music is something that has always been a part of me since I was young, like I had mentioned before there was a time where I felt like music was my only friend. So when it comes to this journey, I want to make sure to remind myself that things are not always going to be easy, so I gotta work hard but always remember to stay true to my intentions. And that is not to be famous or the “hype.” I want to leave a message behind and make people feel something when they listen to my music. Whether it’s happy, turnt, or sad. But you gone feel some!

Would you say it’s been a smooth road, and if not what are some of the biggest challenges you’ve faced along the way?
I think there has been many tribulations when it comes to being a girl and wanting to make music, specifically rap. If I had to say the hardest has been being able to get people to hear me out, gaining that audience. It was so hard to even get noticed for a minute since it is mainly me doing everything and working with I have. Luckily I have an amazing support system like my friends and family, who are down to share my music, or if I need a cameo or something, they’re down to do it, free of charge. There’s also been social media pages like (@thefoocommunity) who have helped my music reach to other people and basically have helped me expand my audience. Shout out to them. It’s definitely been a journey to even get to the position I am in today because I don’t have a big team, like I said I’m just working with I have but I am so grateful! Everything remains authentic to me and to who I am as a person.

Can you tell our readers more about what you do and what you think sets you apart from others?
I was born and raised in South Central. If you from around here then you probably heard of the phrase “say less” and if you not then you probably still have heard of it somewhere cus it’s such a popular saying, especially in the hood. Me and the homegirls were always saying it. It was just a catchphrase we were stuck and are still stuck on. My real name is Leslie, or “Les” for short. And I don’t know what gave me the idea but one day, I just went on Instagram and decided my new name on there was going to be @saay.less. And from there, it was “her” story, lol. It was like the beginning of a new era. Eventually, that became my artist name as well. And I actually like it cus it just stuck with me, at the end of the day I feel like Say-Le$ is a big part of who I am. It’s so hood and I feel like that is definitely me. I am smart, but I am also very street smart.

What quality or characteristic do you feel is most important to your success?
Everything that I put out is definitely a favorite to me. I write and layout all of my music. Which is why my most latest project is what I am most proud of at the moment. Music helps me heal in many ways, this project was one of those. I am so glad I was able to envision this, write it out and then later make it into what it is today. I put so much love and dedication into this EP, I am glad with the feedback I have received so far because it means people are not only listening but they’re understanding me. This project has a little bit of every genre, which definitely was important for me to do considering it is my first project ever. I want people to always expect the unexpected when it comes to me because I for sure won’t be labeled or put in a box. I’m tapping into everything. 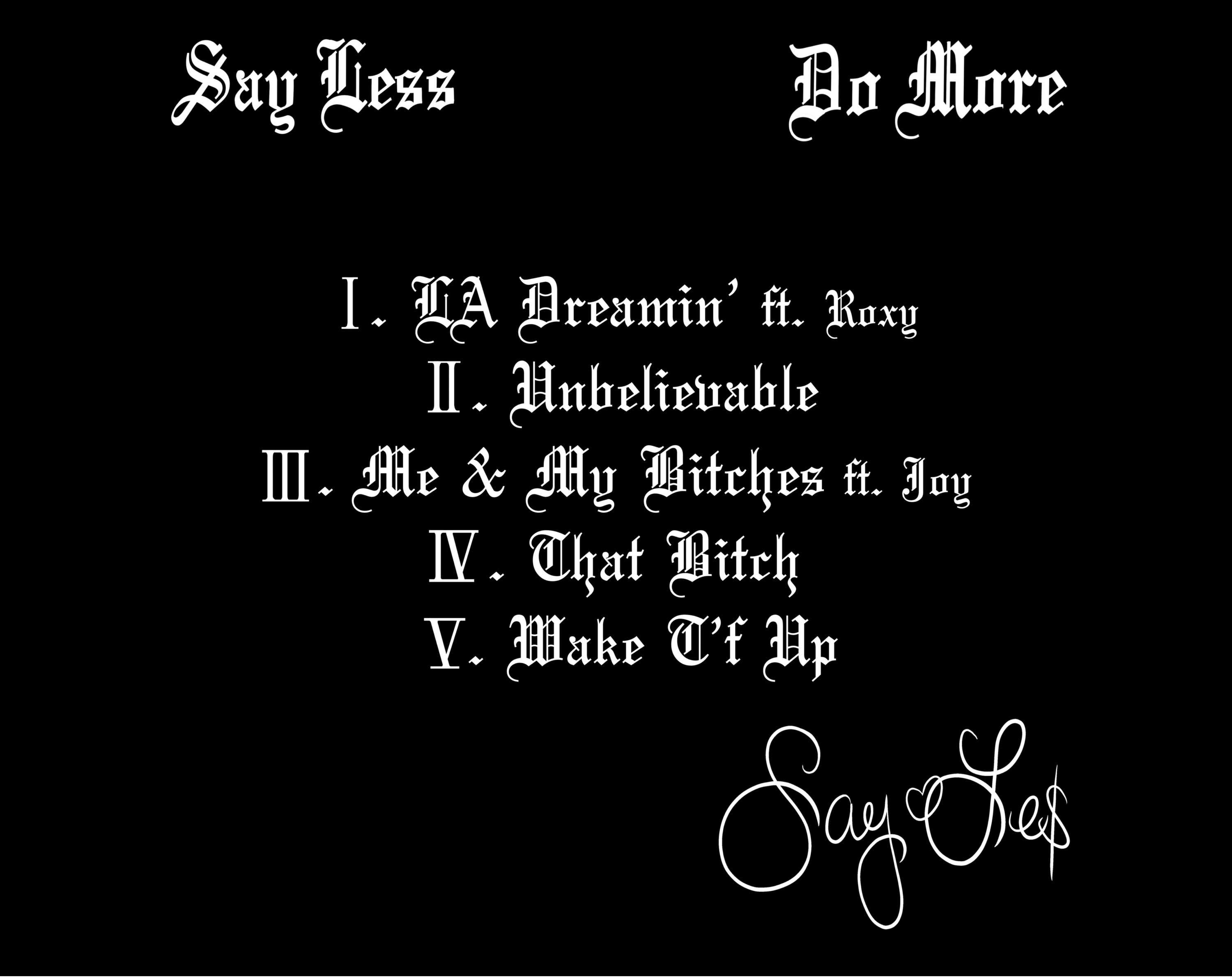 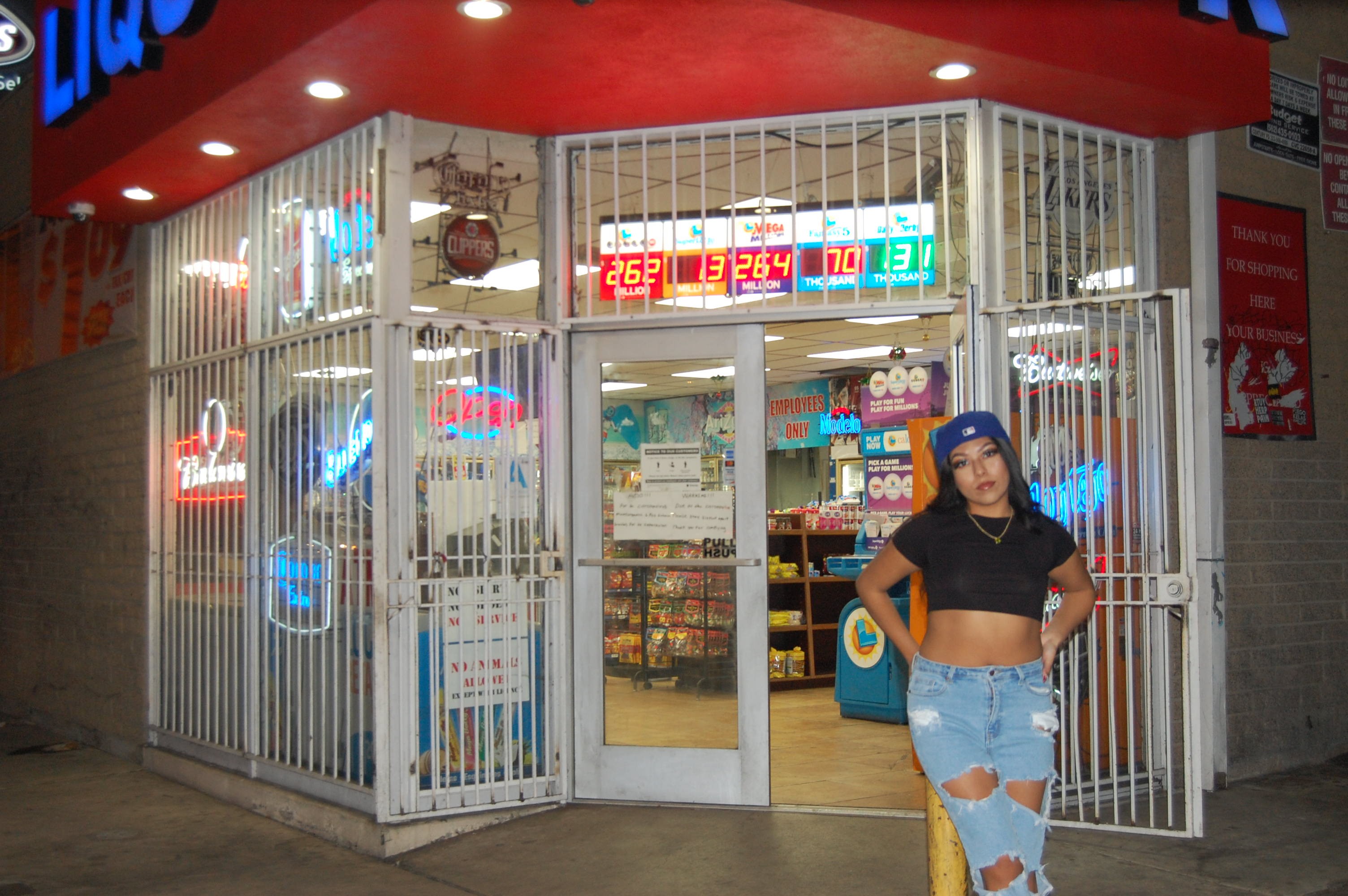 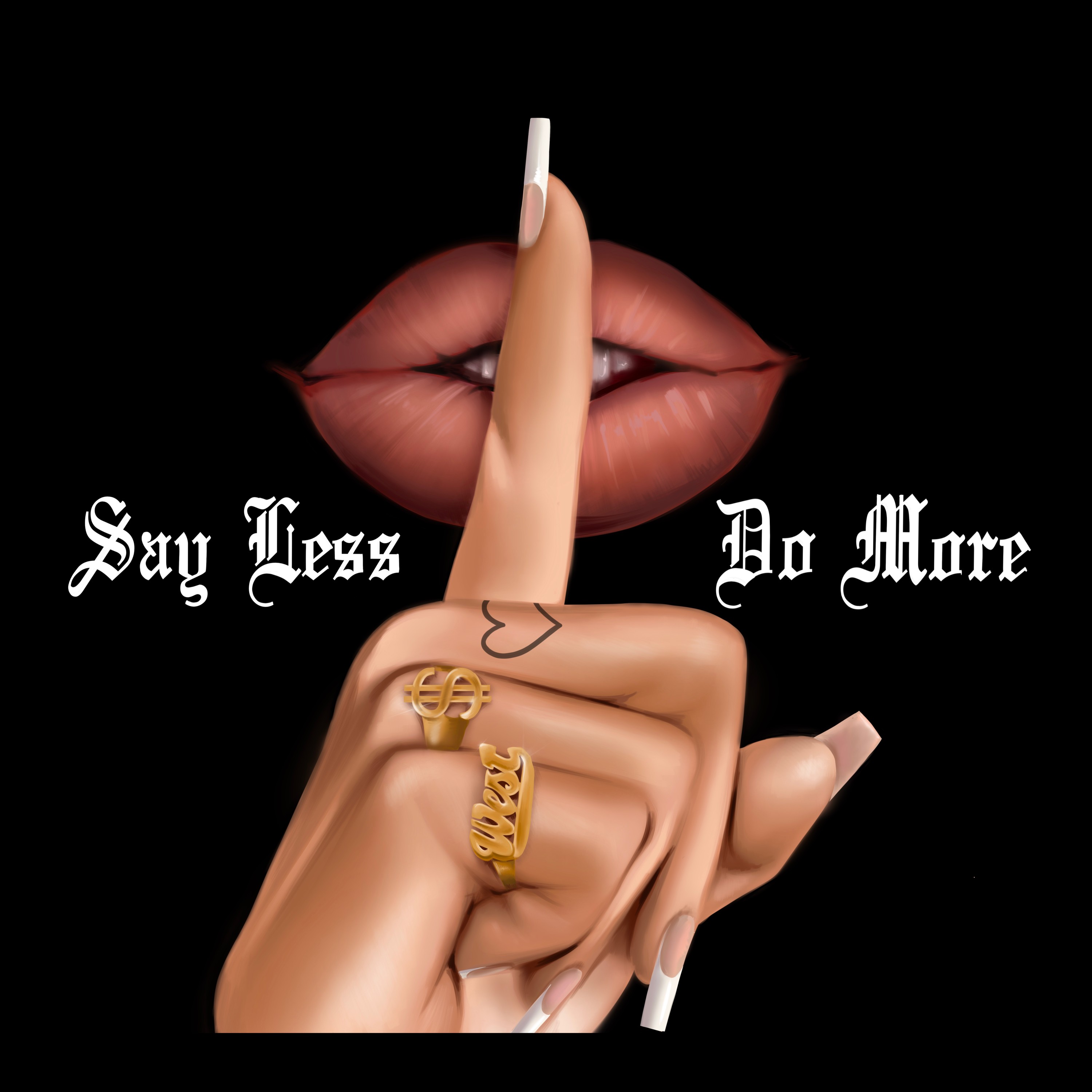 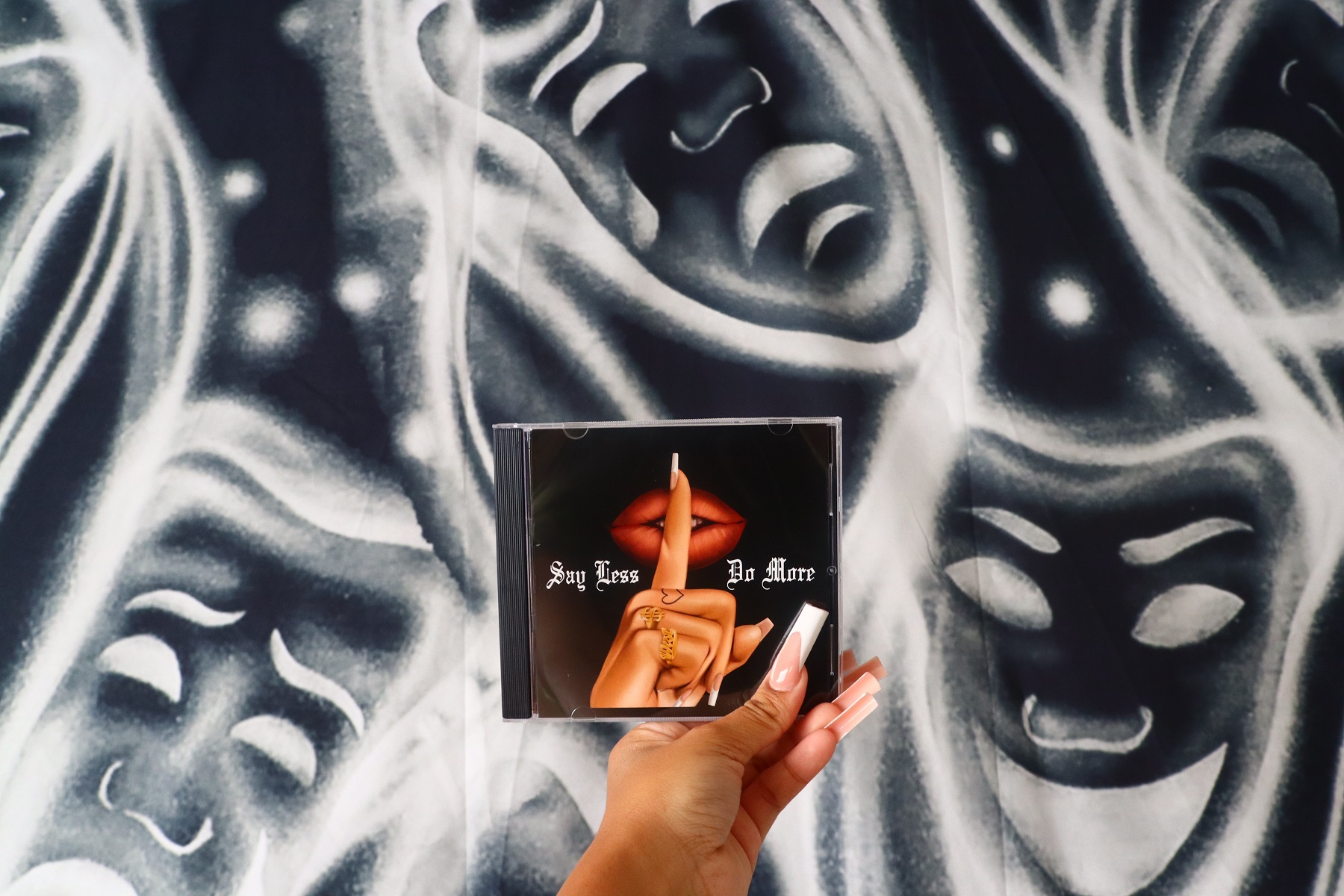 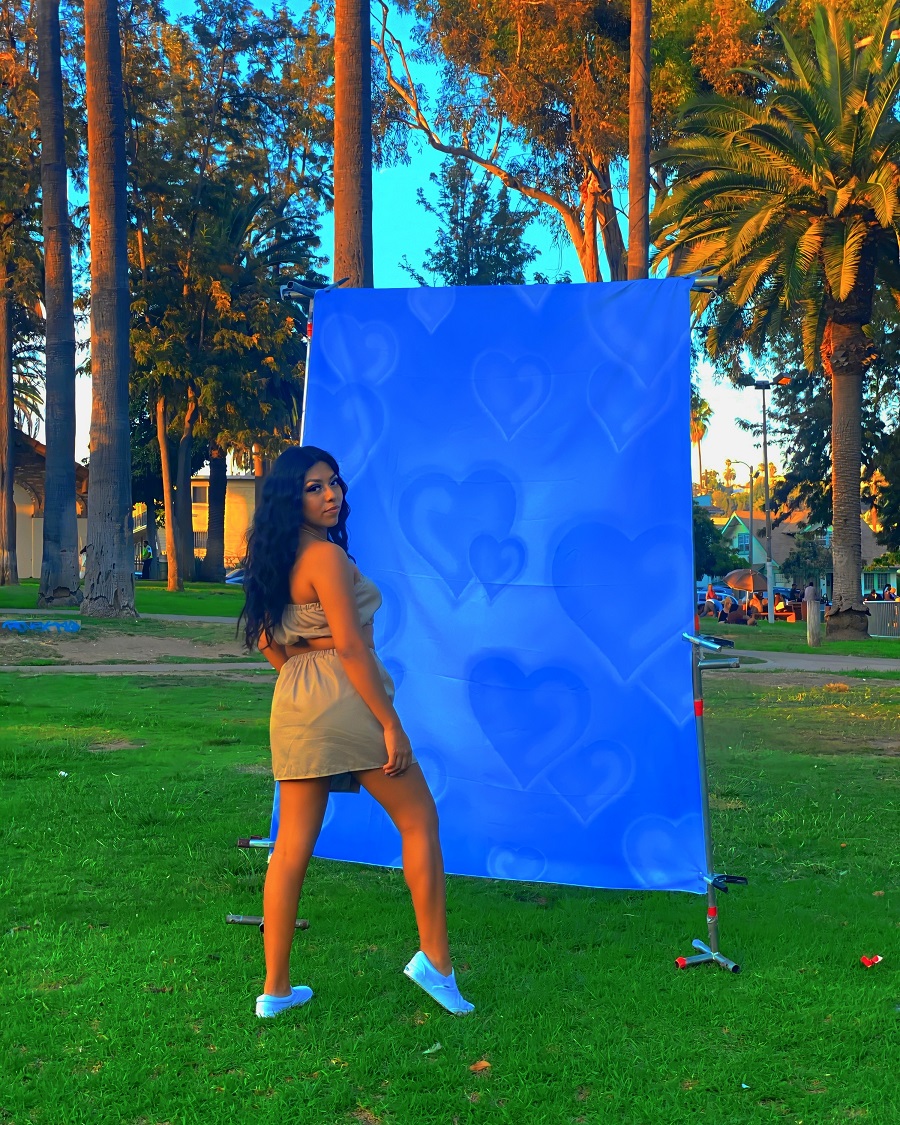 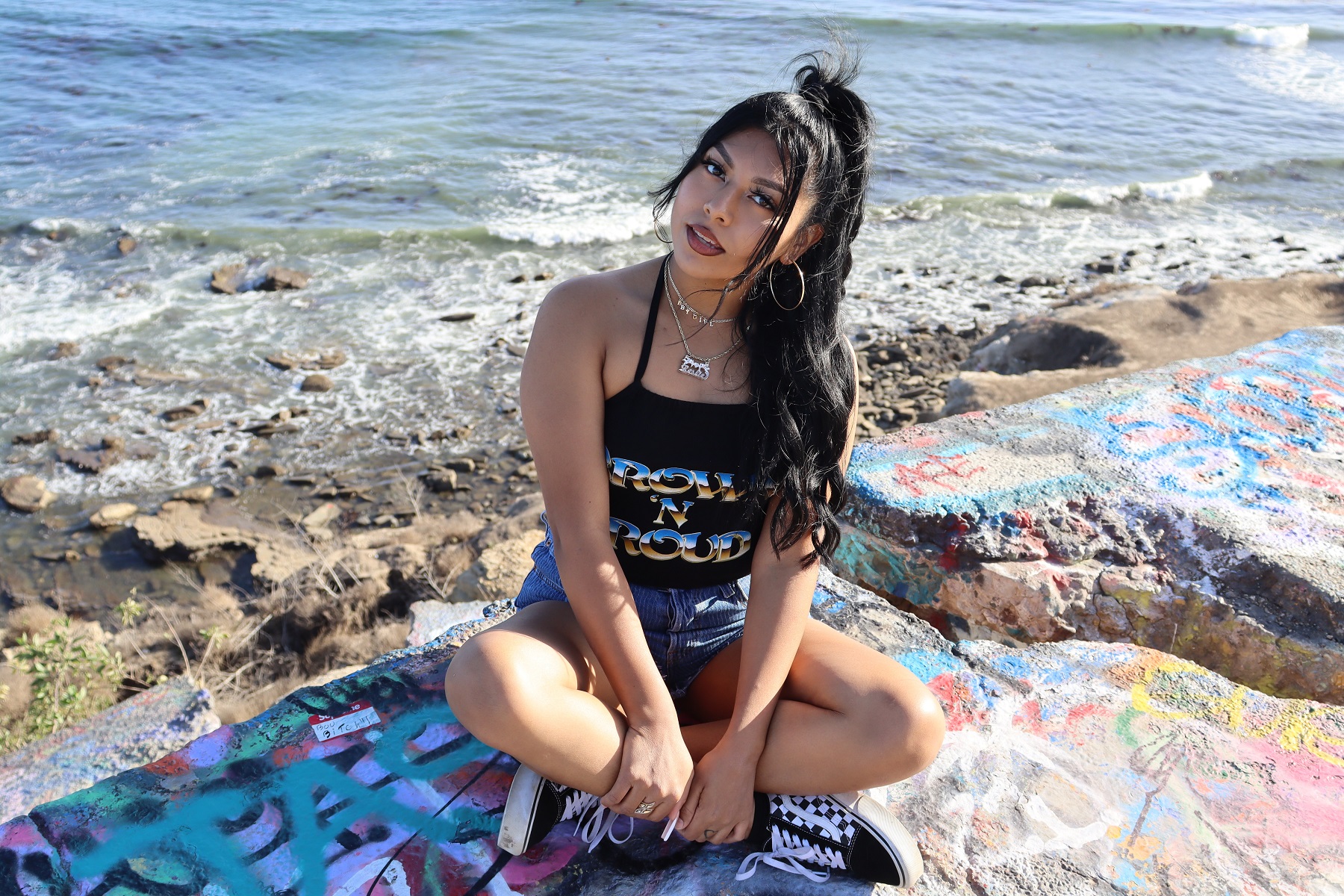 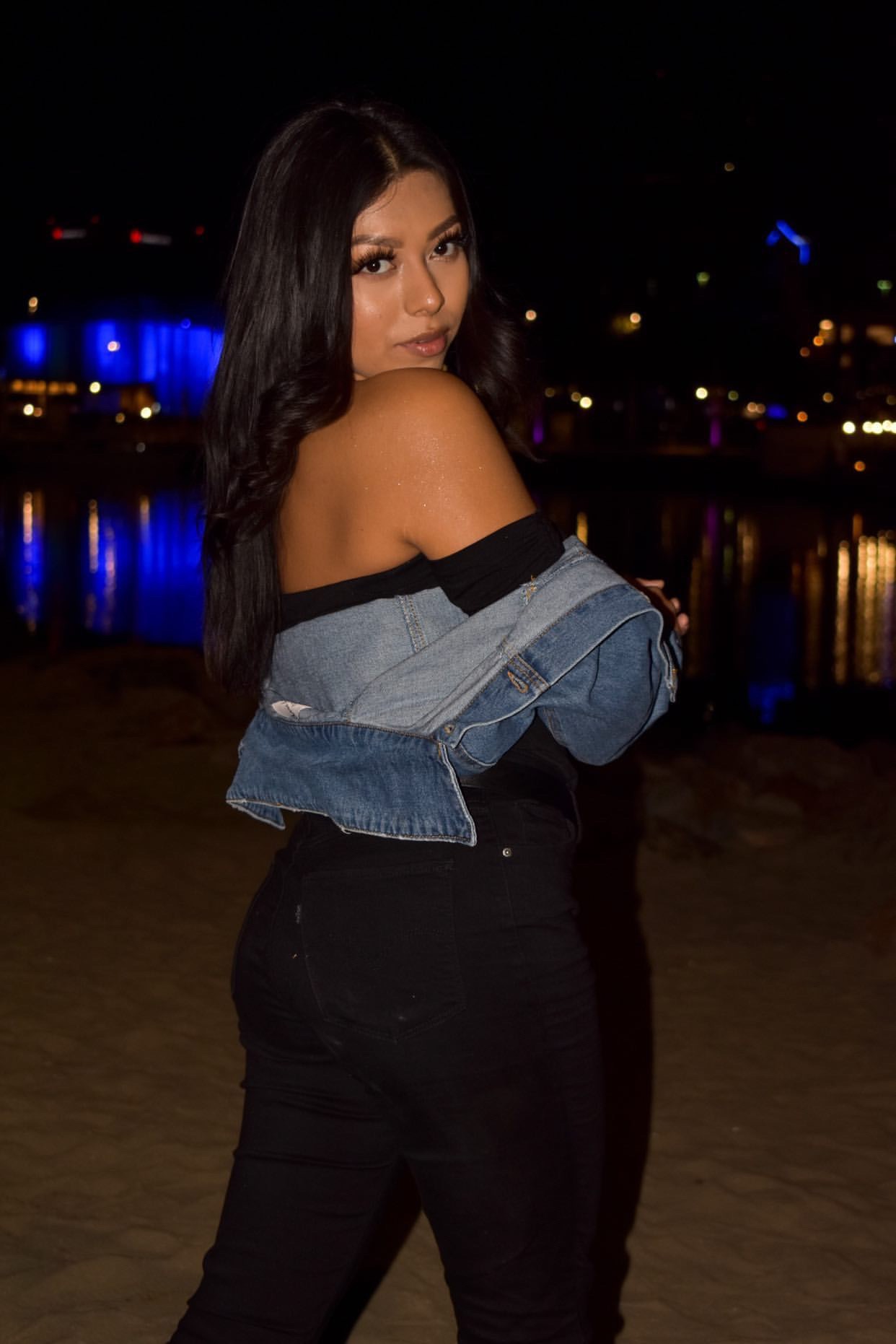 Image Credits:
S/O to dinoe aka the roll dawg for always coming through with the pics. much love 🤎