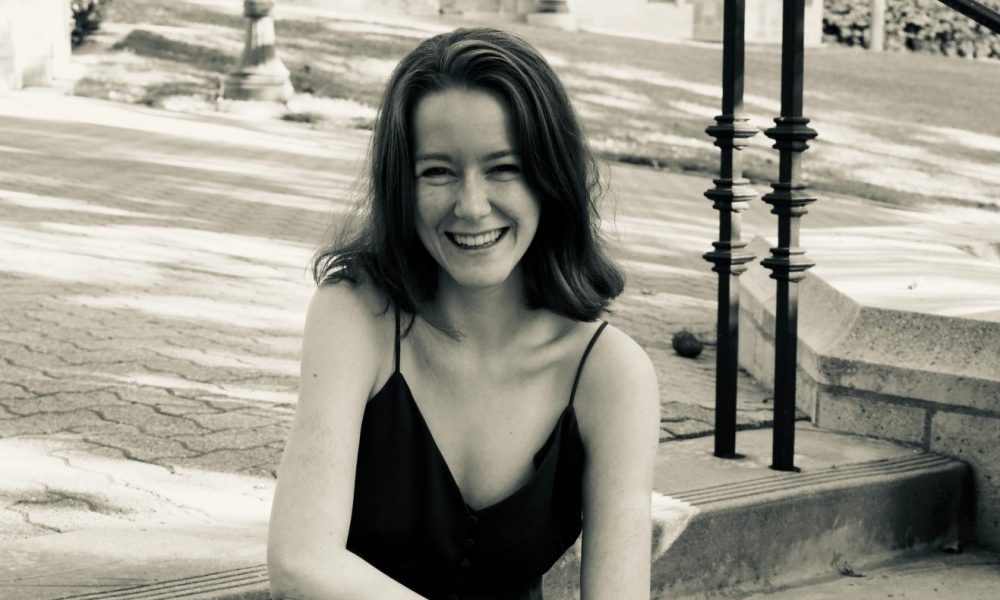 Today we’d like to introduce you to Sarah Nixon.

Alright, so thank you so much for sharing your story and insight with our readers. To kick things off, can you tell us a bit about how you got started?
I always loved writing stories. Maybe it’s in part because I was an only child and had a lot of time to myself, but I would often find myself scribbling away in the silence of the empty upstairs floor of the house.

In high school, my interest in writing became more serious. I had an English teacher, Mr. Anderson, who was the kind of teacher you see in tv shows and movies. To give you an idea, he would literally fall on the floor while acting out a scene from Shakespeare because he was so in-character. Mr. Anderson taught me that literature and storytelling are about breathing life into words, and he was one the teachers who gave me the most confidence in my writing abilities.

High school was also when I picked up my first dslr and started taking photos. It became a very serious hobby, and I thought I wanted to become a photographer. One day I watched a short film on Youtube, and as soon as it ended I said to myself – “I want to do that!” So I wrote and directed a short with my best friend Molly. We called ourselves “Two Ginger Productions” because we both had red hair. That was sort of the start of my film “career.” I learned a lot from rifling through and editing that footage.

When I got to college, I spent many hours in the dark sub-basement of the theater building watching and making films. It was incredibly rewarding. I had two professors who shaped my early filmmaking days: Professor Winter and Professor Rogers. Professor Winter was incredible in a Mr.-Anderson-kind-of-way. He taught our class about “cheap popcorn trash,” which were films without much to them, and the alternative, which were films that he thought were revolutionary. Professor Winter encouraged us to take risks in our filmmaking, and through those risks I was able to learn about my own voice and vision as a filmmaker.

Professor Rogers was my other majorly influential professor in undergrad. She taught me a baseline for how to make films – from working with a cinematographer to putting together a look-book to skills as simple as setting up a c-stand. She pushed me to do better in all aspects of the filmmaking process, and via her I grew in leaps and bounds. She is one of the main reasons that I ended up in my MFA program, which is where I am now!

This past summer I was the one of two assistants to the director on an upcoming Netflix film. The experience was incredibly rewarding, and I learned an immense amount from both the prep and production phases of the job. I tried to speak with everyone on set and learn about what specifically went into their job and what they recommended I take away from the experience as a director. I feel very lucky to have had that experience and to the wonderful people I met who supported me throughout the process.

I’m currently in prep on my debut feature film, which will be the culmination of my MFA and will act as my thesis film.

I’m sure you wouldn’t say it’s been obstacle free, but so far would you say the journey have been a fairly smooth road?
Filmmaking is never a smooth road. There have been times where I have actually had a complete crisis of faith in my abilities and desire to become a director. The path of a director isn’t clear, and because of that it’s very daunting.

I remember I had a difficult time on the first of a five-day shoot for one of my shorts. Things did not go as planned, and I felt under time pressure to come up with creative solutions. I woke up the next morning and the last place I wanted to be was on set. I called my friend, was vulnerable with him about how I was feeling, and then… I went to set. I directed the film. By the end of the shoot, there were even some moments that I felt proud of. I suppose what I learned from that experience was that you have to push through those tough moments on set and just get it done.

I have a friend in my program who has also taught me a valuable lesson about filmmaking recently – trust your gut. It can be difficult – especially as a director, but for anyone working on a film – to feel confident in your ideas and your choices. There are always decisions that need to be made, and sometimes it feels as though you need to “poll the crowd” to make the “right” choice. There comes a point in time, however, where you need to do what feels right to you and the story you want to tell. It’s all about finding a balance, and it’s a lesson that takes many years to learn. I’m still working on this one myself.

Appreciate you sharing that. What else should we know about what you do?
I’m a writer-director. Thus far, I’ve focused mostly on narrative pieces, though I’ve dabbled in documentary as well.

In the narrative realm, I’ve directed several short films. Almost all of them center around a female lead. Most of my documentary work – by chance – has been centered around farmers. In my early days of filmmaking, I joked that my directing reel could be made up only of scenes with cows because of how many cows I’d filmed over the years.

The best thing about being in an MFA program is getting your feet wet in all the different departments on set. I’ve been a sound mixer, gaffer, grip, AD, etc., which means I have at least a small set of skills in doing different jobs.

As I said I’m in prep right now on my debut feature. I wrote it and will be directing it this May. The film is a coming-of-age story with horror elements, which is right up my alley. I’m known in my MFA cohort as the person who writes dark scripts – whether it’s a dark twist or a completely dark premise. The story can even start out fun and cute, but somewhere it always switches. It surprises people, especially when they first meet me because my general demeanor is more peppy and upbeat.

My long-term goal is to continue down the road of feature filmmaking and make a full career out of it.

How do you think about happiness?
I have a lot of family down in Argentina, and both of my parents do a lot of fieldwork there, in the region of the country known as Patagonia. I have many fond memories of our travels there. The wildlife is beautiful, and the peace of the steppe is unlike anything else. There’s nothing like driving along a dirt road and not seeing another soul for eight hours. 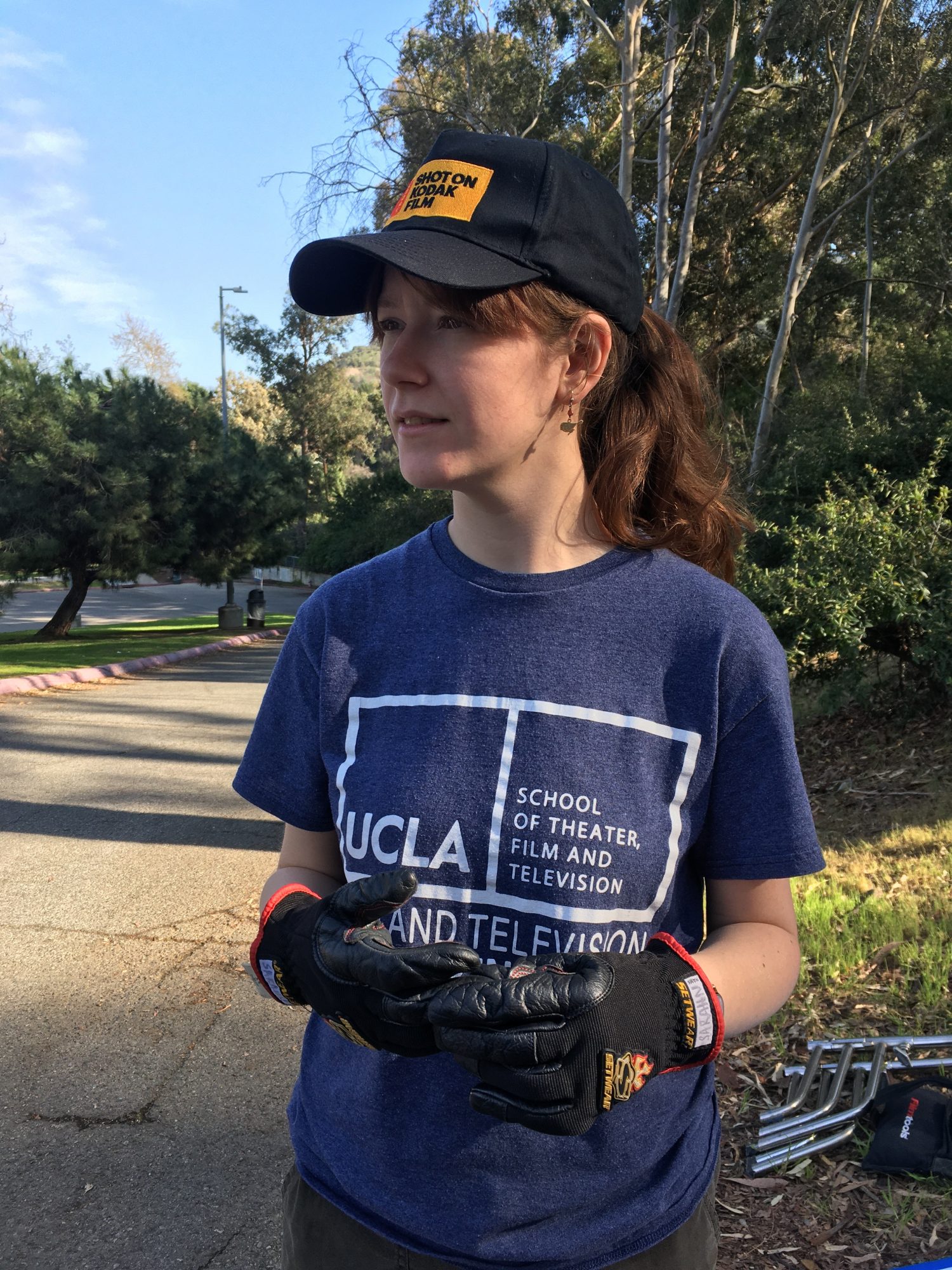 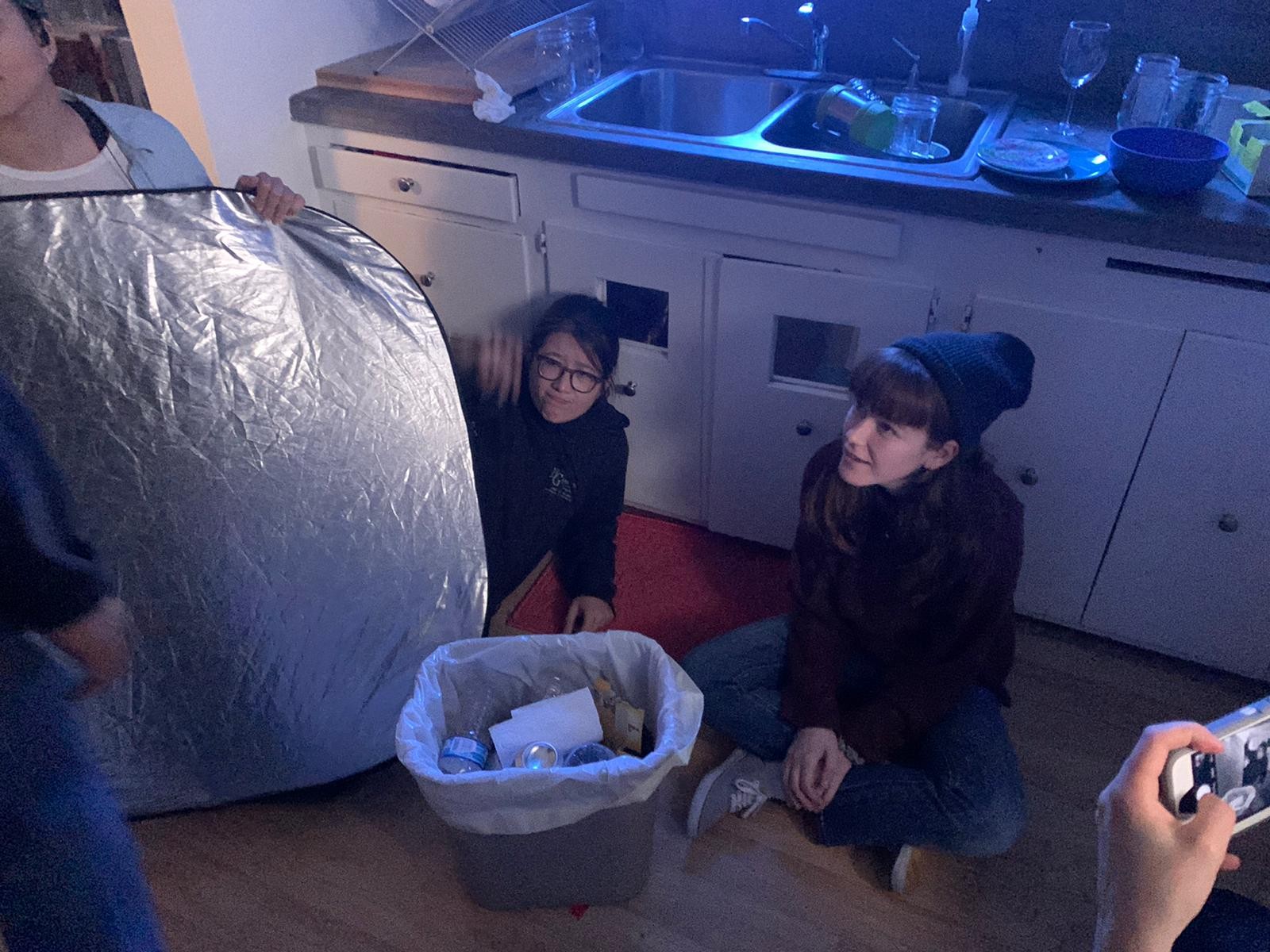 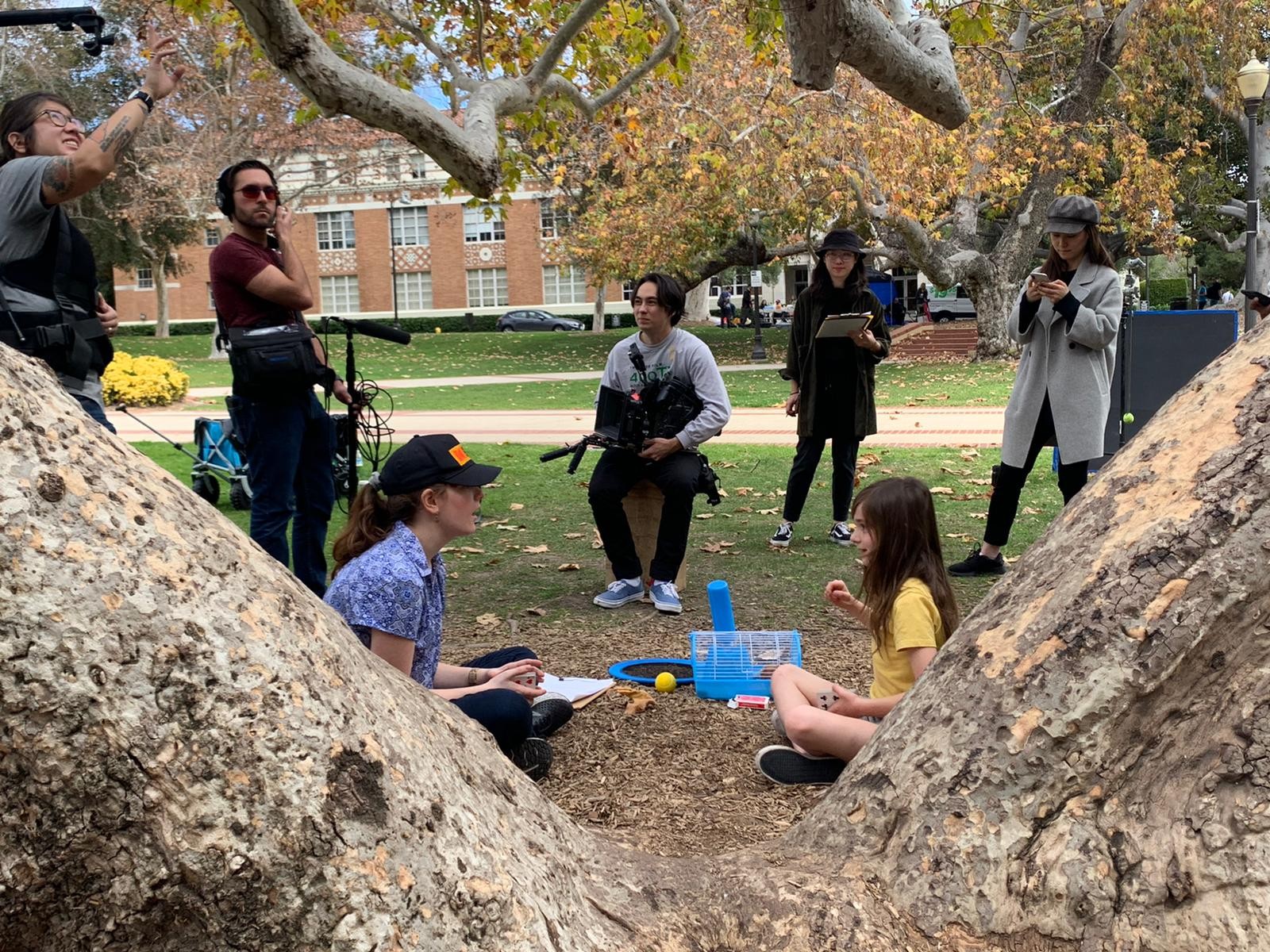 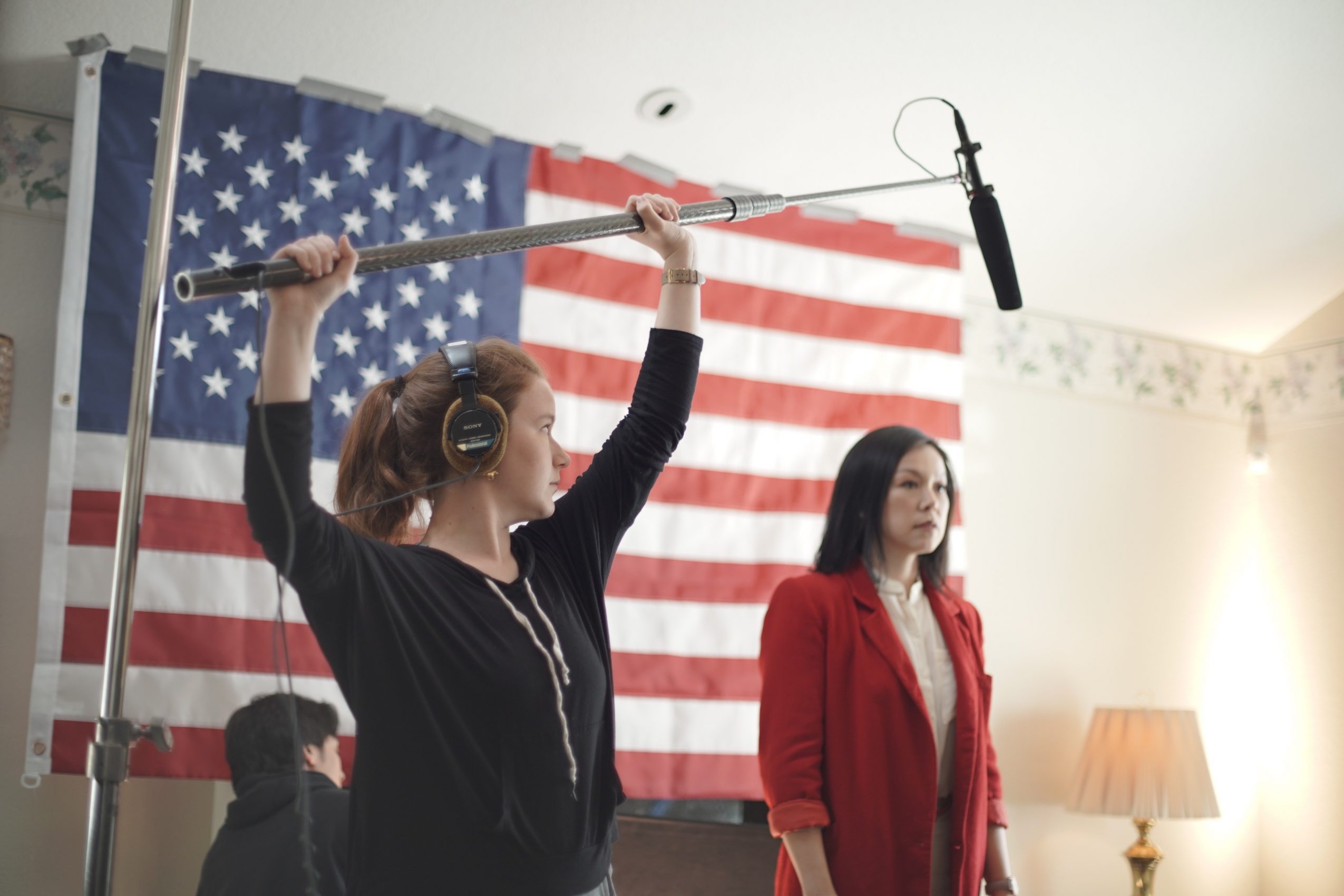