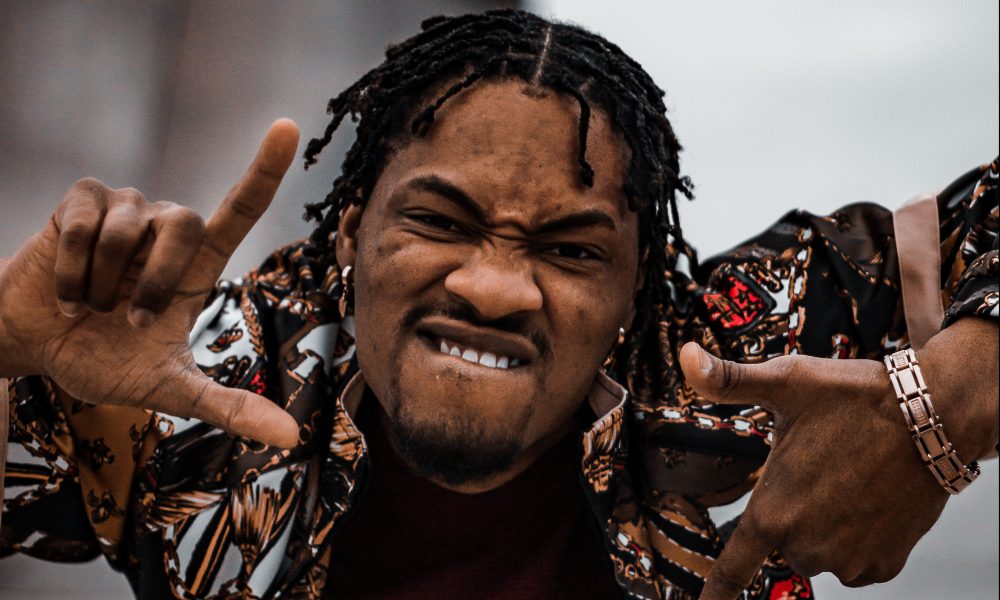 Today we’d like to introduce you to Prodigal Vybz.

Alright, so thank you so much for sharing your story and insight with our readers. To kick things off, can you tell us a bit about how you got started?
The “juicy” part of the story begins after I got out of the military January of 2017, which I originally only even went in because I was at kind of a crossroads in life and had what I felt was an opportunity waiting for me in California so if I get in the military they can take me there, which they did, all to get this one agency that was ringing in my head Brass Agency. – I was at an acting convention AMTC Orlando in high school and had a quick meeting with “the Brass Agency”. The lady told me she loved my work and wanted me to move out to California because she had no one like me in her agency and she could get me work. Now my mother couldn’t afford it at the time and we didn’t know anybody on that side of the map so that was way out the picture but not out of my mind by any means. *** I have never been able to find the agency or remember the name of the lady until this exact moment and I believe her name was April Baker*

Now, fast forward back to January of 2017. I was getting out of the military at 23 years old with almost $4000 in my pocket, an OTH (other than honorable discharge rating) and (in retrospect) not so much of a plan. Towards the end of my enlistment, I began speaking with an acting school out in LA called Theatre of Arts that I was going through the process of enrolling in. Theatre of Arts was supposed to be my way to “break back into the industry” to get the acting bone back in my body and begin the “Hollywood Dream” not really knowing what that dream entailed. My first few semesters at Theatre of Arts (TOA), I was commuting from San Diego – using a friend’s car that was on deployment because my motorcycle and car got towed – back and forth to school everyday. I had a plan to move in with a cousin that was supposed to move out here to live with me in LA, but after putting deposits on a few places and using almost all my money, my cousin went ghost. So now I’m driving back and forth daily less money and still no place to stay. Not to mention the place I had to stay in San Diego was coming to a quick end since I already moved out of my house and was staying with a friend. Eventually, I ended up in the heart of Hollywood sleeping in my friend’s car. I would go to school then right after school go to work unless it was during a show/production I was in, I would go to rehearsal then work, and then to the car to go over lines and try to catch some sleep. Now, even though I had a car to sleep in the times, I would get sleep I was waking up to see homeless people trying to get in the car or getting woken up by security or cops or just waking up in sweats never made any of it better.

Eventually, my friend ended up getting back from deployment thus meaning it was time to return to him his vehicle aka my mobile home at the time aka now I’m homeless. Now I’m going to school with a bag of clothes and a skateboard that followed me everywhere unless I tucked it off somewhere. I’d probably get it back either before the building locked or when I’d find myself back in there to sleep for the night. Every night was a different test followed by the most demanding days. Fast forward through all the cold lonely wandering nights of continuous tests from the Good Lord Himself. In the midst of me being homeless, going to school, working two jobs at a time and performing in theatre productions, the Lord send me my future wife and an old homeboy. I ended up linking up with an old homeboy Jamarius from middle school back in Florida that I didn’t know was living out here in Cali. Me and Jamarius linked up and caught up on how life kicked n tossed us up these past few years. At the time, Jamarius was living with his lady and wasn’t doing much music anymore, he was attempting to, but couldn’t really DO music. I listened to so much music so much during those times to really try and quiet my brain ease the mind. I remember feeling at a time that there really was no outlet that could really help me escape my mind, my thoughts, my prison. The whole time homeless all I had on repeat was life, my decisions, the miscarriage I just experienced, getting kicked out six months before I was done, and all the death around me. It was getting heavier than it ever been in my life. It was a lot that kept circulating, all while Gods telling me it’s all gonna be a part of the bigger story and to KEEP GOING. See, I’m an ordained prophet so I get messages/words/visions sometimes as if my mind didn’t have enough going on inside it already.

Anyways to get back on track, I remember that no matter what there was always a song for a mood, always a song that could keep you in a mood or get you out one. Music ALWAYS put my soul at another kind of ease I never understood – so I asked Jamarius “can you take me to the studio with you next time you go, I think I wanna try music, see what I can do if anything.” Jamarius told me he doesn’t get in the studio like that anymore but “fasho whenever I go ill hit you up and we go”. After some pulling and twisting I was finally able to convince him to get back going regularly to a studio. He had some stuff going on at home so he couldn’t go as often but the times we went, the feeling of DOING music was growing in my soul. It was like it was taking over my love for acting which I thought was impossible. It is impossible to replace acting as much as it is impossible to replace music for me, they both just express and release a different needed energy. Eventually, Jamarius ended up moving out of his relationship with his lady and moved in with me and my lady that I met while attending acting school TOA, which ended up becoming my wife and mother of now three children. Eventually, me and Jamarius began our music journey, my intro his rebirth. I began to realize that with acting, I’m able to be free under certain circumstances or always in the constraints of a character, with music it’s me, my truth, my reality, my hell, my heaven, my blessing and curses fully me, which I’m uncomfortable enough with. With music, it made me look into a mirror I was constantly running from in acting.

In fact, I can honestly say music has made my acting a lot more free a lot more ME. In the time I started music – in the midst of COVID and losing investors/sponsors due to COVID and a Record LLC going down – I’ve recorded a good amount of quality ass music, shot some dope ass music videos, connected with all kinds of people, released projects, got some on the way, been able to bless a few stages. I been able to organize a creative collective of artists and entertainers to produce some funny content to keep the ball rolling. My three boys growing up lovely, my wife is killing it with her acting and she does microblading… There’s few regrets I’ve had during the journey so far or few that stick in my brain. But non that God didn’t purposely place there for a reason. The journey thus far has been crazy as hell and I know it’s only the beginning of something inevitable already written in the book, but I know like I know. My time is just on time. I’m first generation born in America from a Jamaican born and raised family and I will be the generation to break the cycle/curse and get it done.

We all face challenges, but looking back would you describe it as a relatively smooth road?
Not at all. Being homeless, losing family/friends, having a family and three kids, covid, without being able to fully process any of it at all.

Thanks for sharing that. So, maybe next you can tell us a bit more about your work?
I go by the Stage name Prodigal Vybz for music and Geovano V Green for acting/stunts. What sets me apart is no one else is Geovano V Green. No one else is Prodigal Vybz, that’s me. God chose and blessed me specifically for me. I rap, attempt to sing, act, do stunts, all while being a full-time father/husband. Music videos out on youtube: Broken Hearts – the first one ever when we first started two years ago and then one from few months ago called: What I Feel from my EP Identity Crisis.

Also, I graduated from Stunt Performers Academy under Banzai Vitale.

I am represented by Momentum Talent Agency, no music manager yet.

The crisis has affected us all in different ways. How has it affected you and any important lessons or epiphanies you can share with us?
Time is Soooo Precious 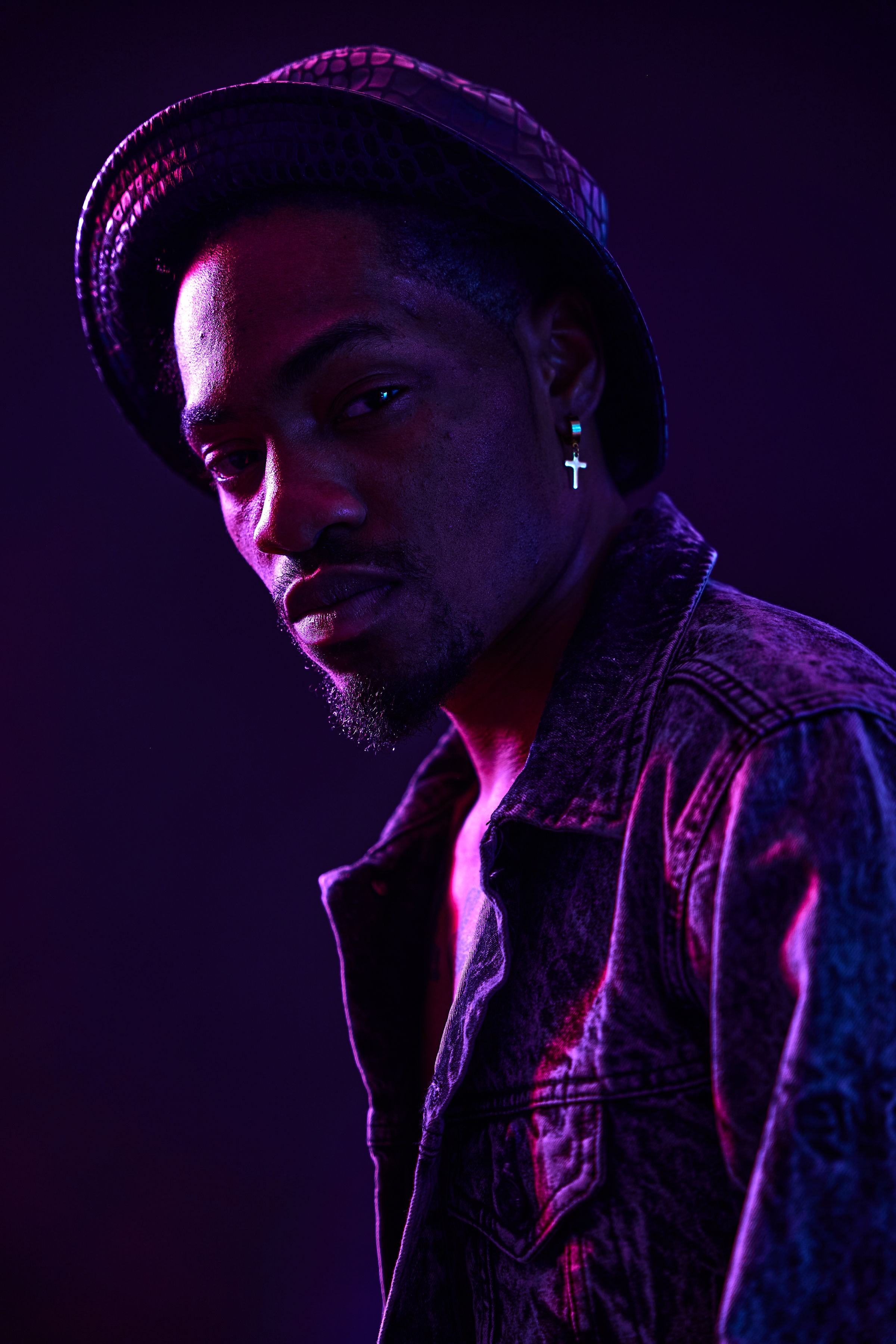 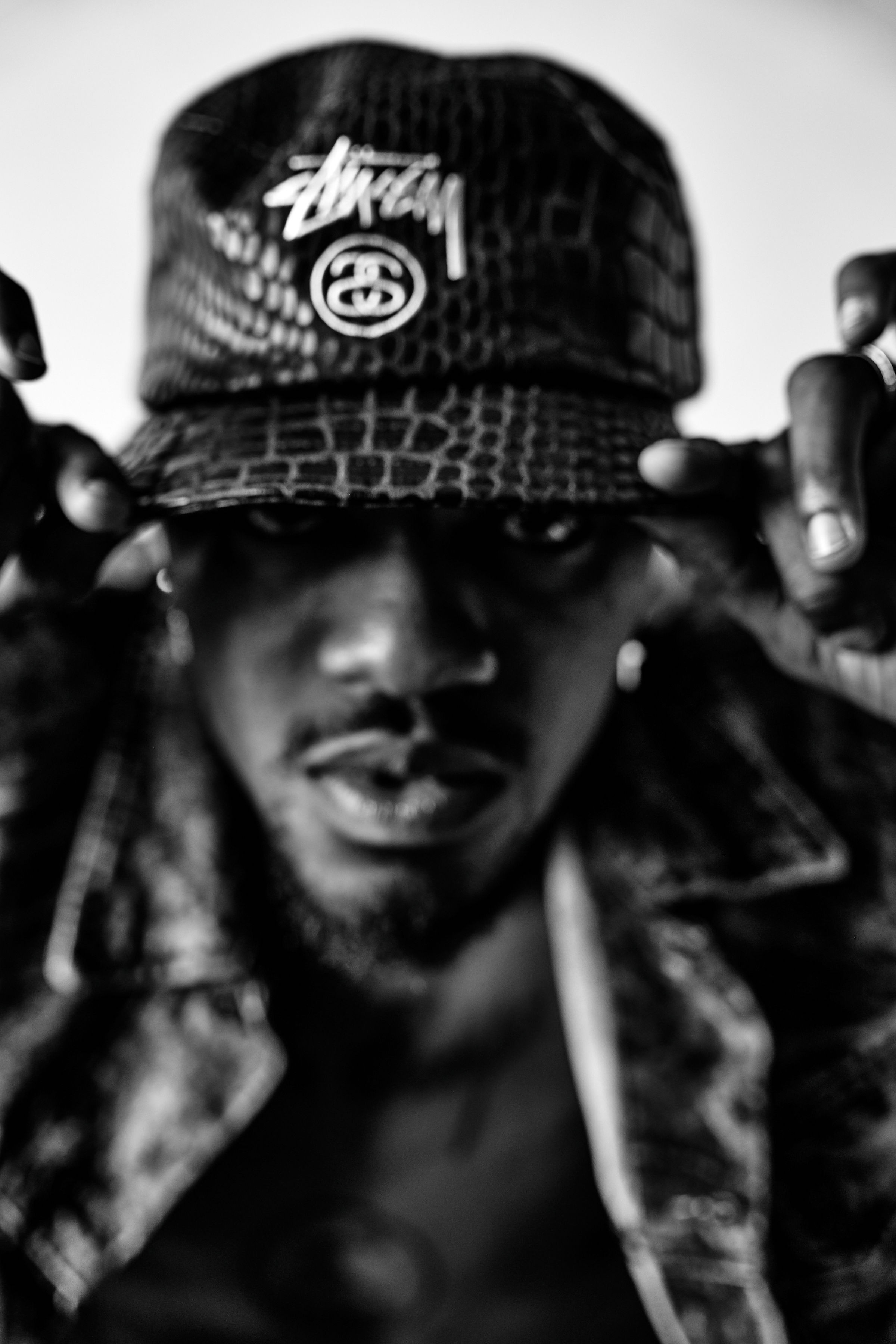 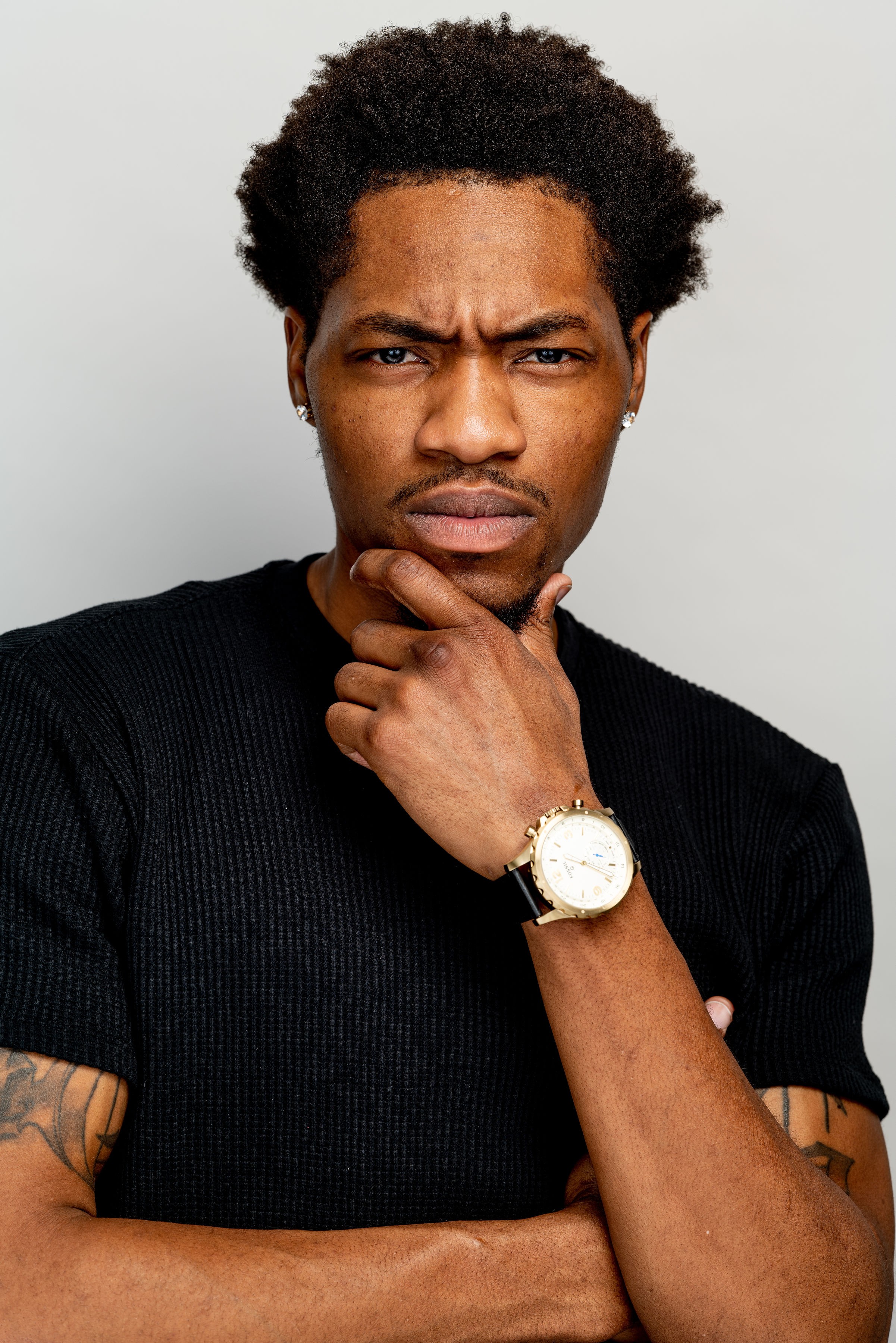 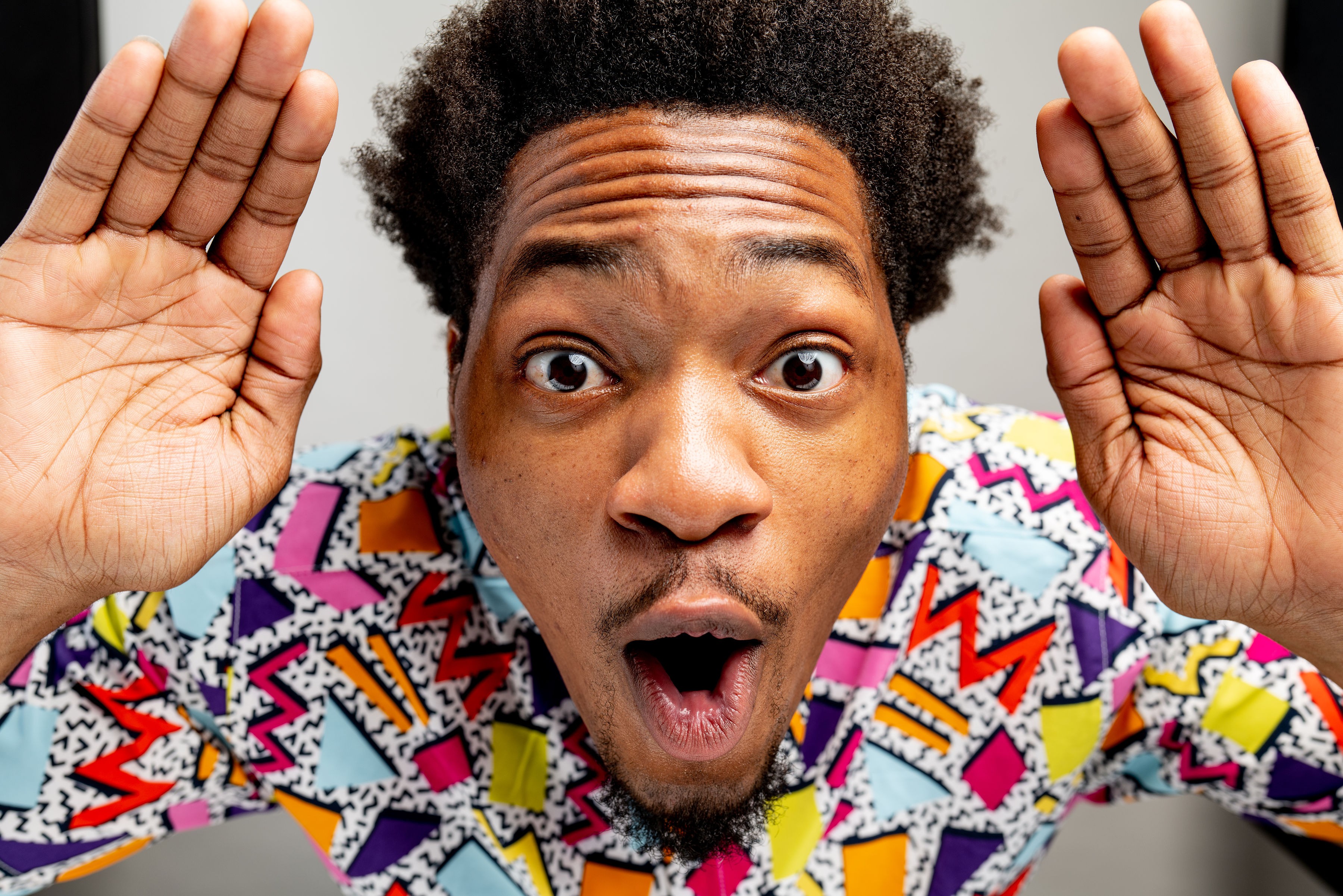 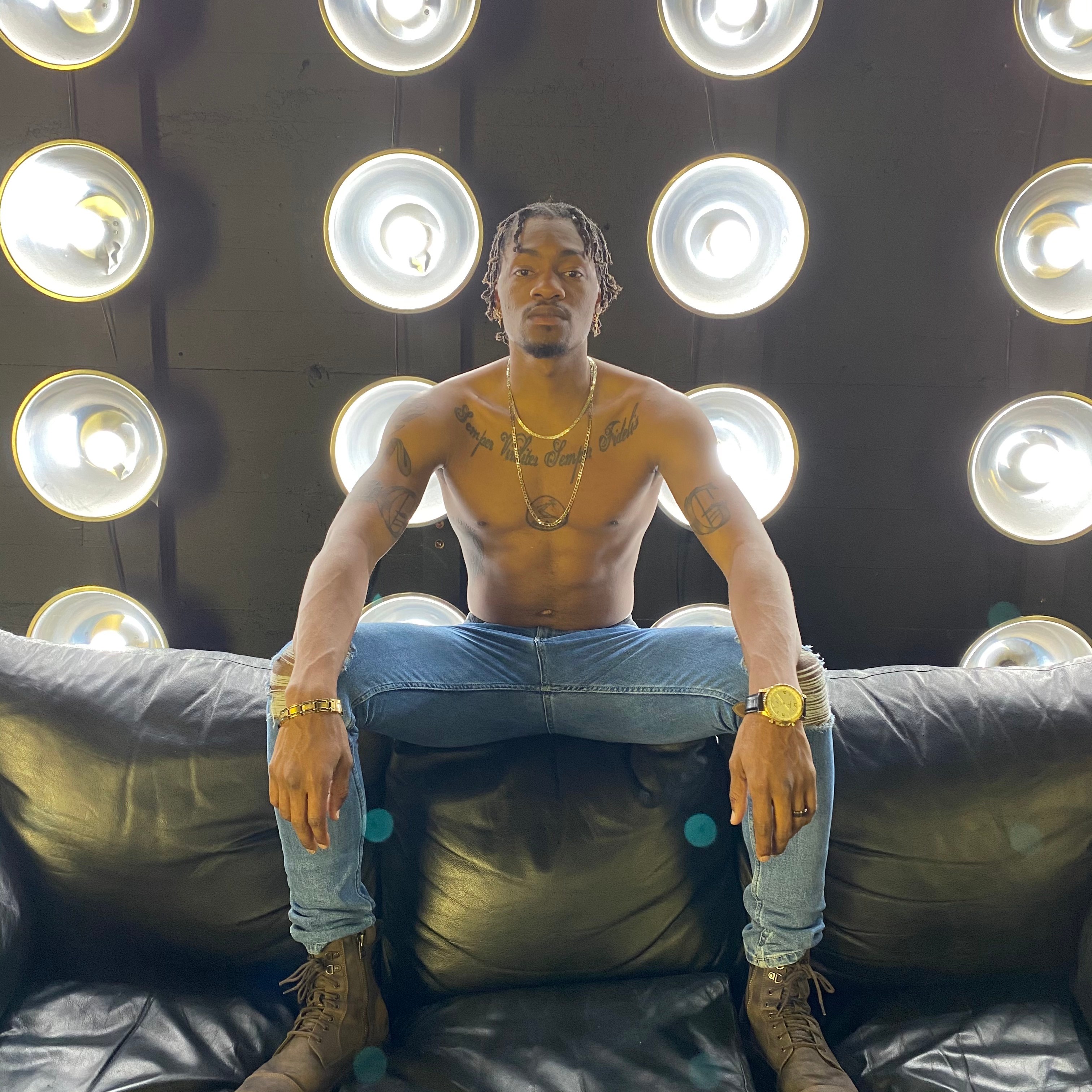 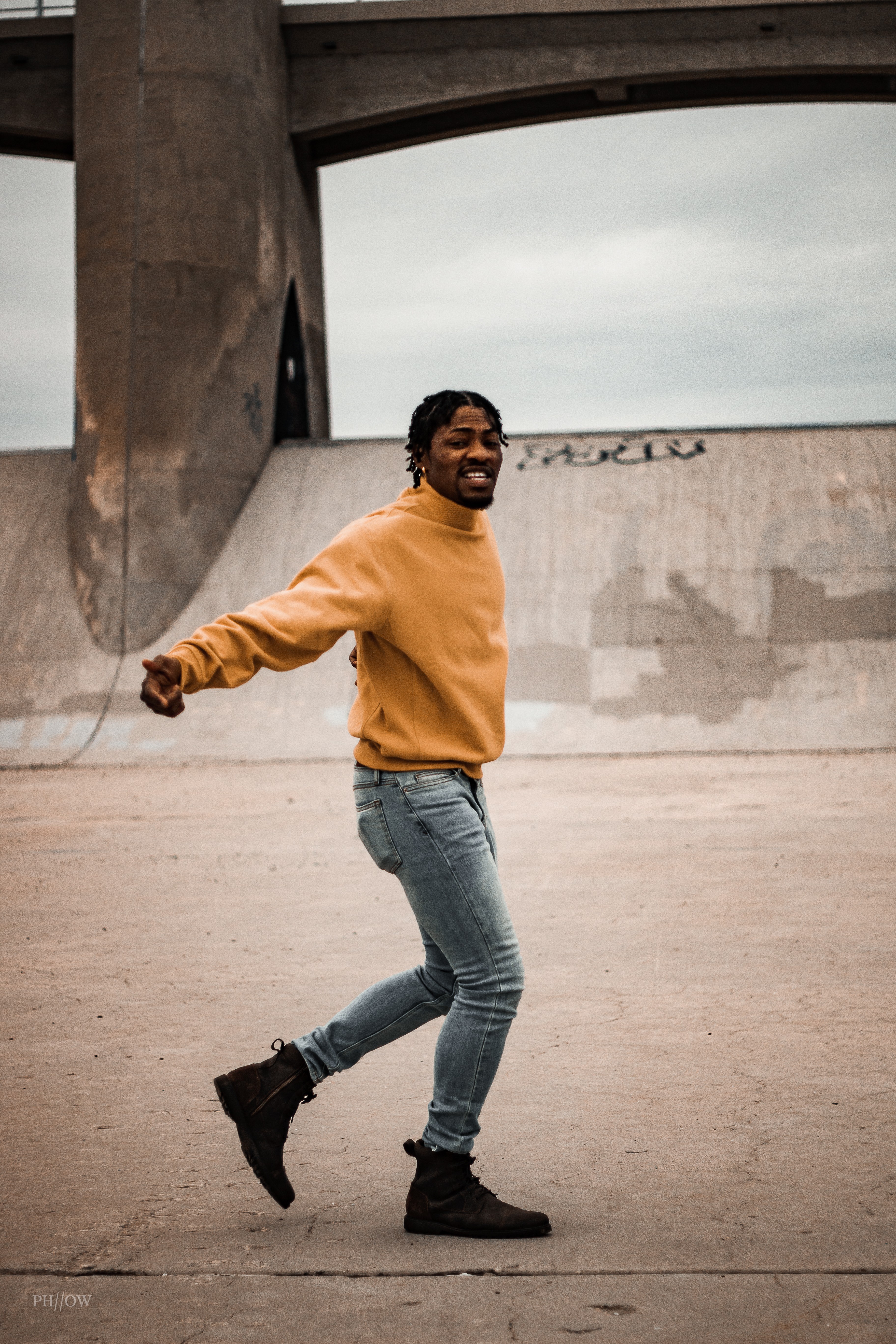 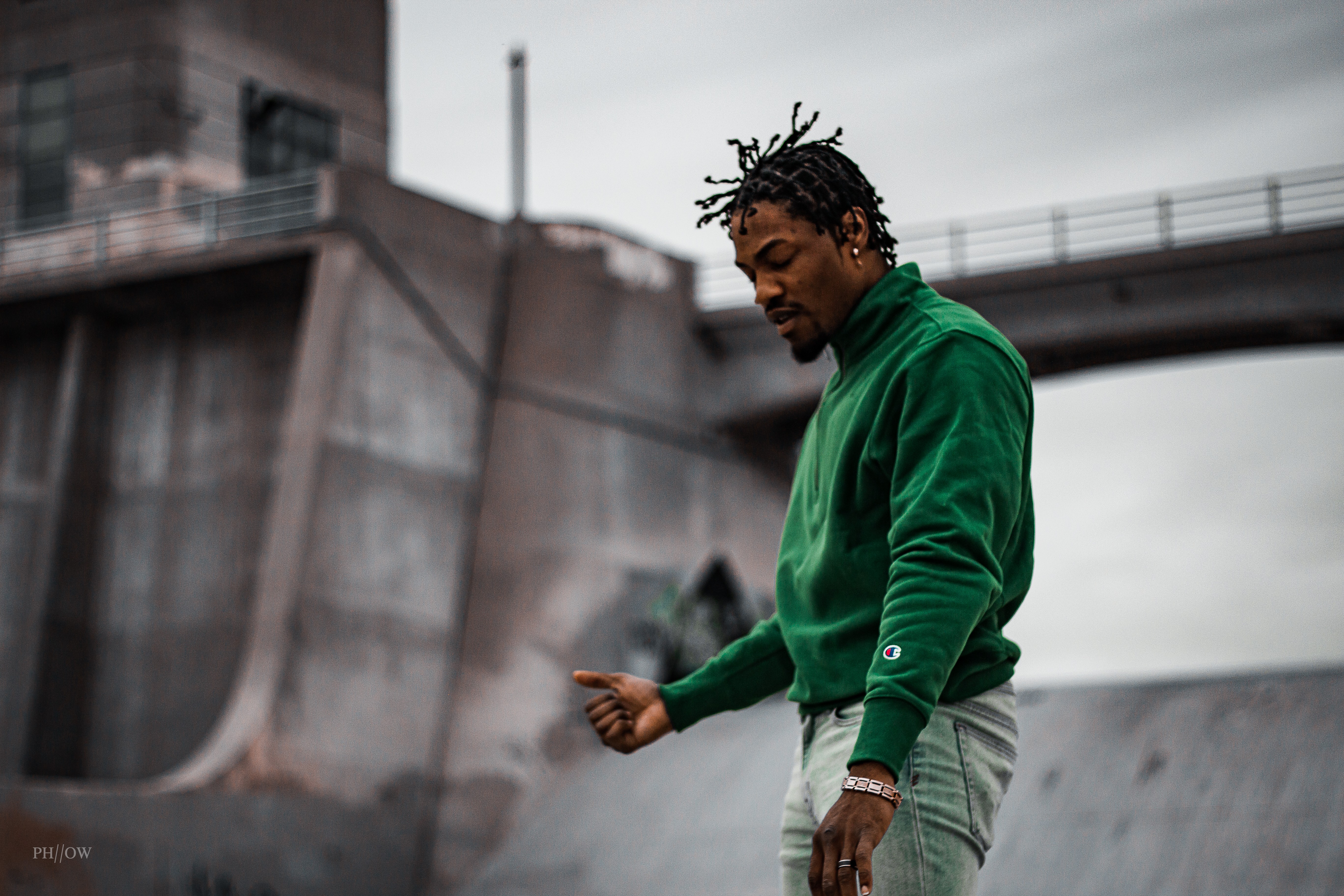